Kooyi is where to go for street-inspired Korean food in Kensington Market. It's a one-man operation run by chef TJ, who pops his Korean creations into disposable takeaway containers so his goods are easily enjoyed in the tiny seating area inside Kooyi, on the sunny little patio.

The restaurant is not large, with only maybe half a dozen seats inside and a few more than that outside, and the patio's not covered, but the convenience of the dishes makes this a non-issue: the world is your dining room in Kensington. They're also not licensed and have no public bathroom, so there's not too much reason to stay long. 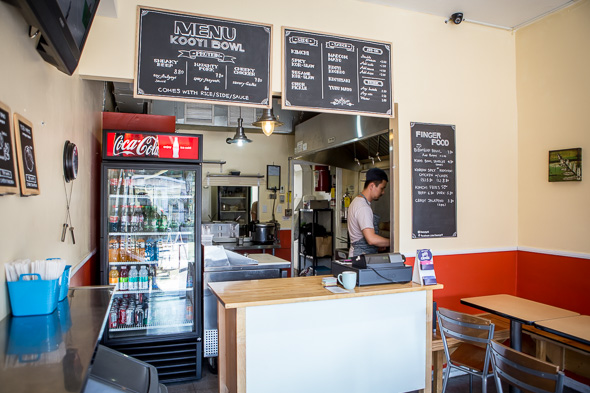 That is, except for what's being created in the open kitchen. It's TJ's first restaurant after working for others as a chef for eight years, and he's only been in Toronto with his wife for two. They found Korean food in Toronto to be a bit outdated and all too similar, and wanted to change that. 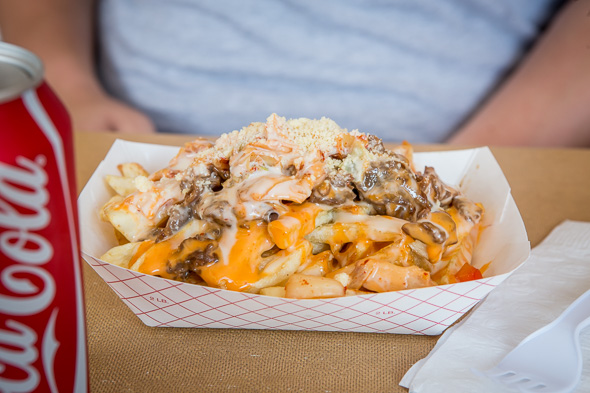 Everything here is homemade, down to the hand-cut fries in Kooyi's kimchi fries ($5.80). The kimchi is obviously also homemade, topping the fries along with bulgogi sneaky beef. The beef is marinated twenty-four hours in a soy sauce based marinade with apple, and it's sliced very thinly for the desired chewable texture. 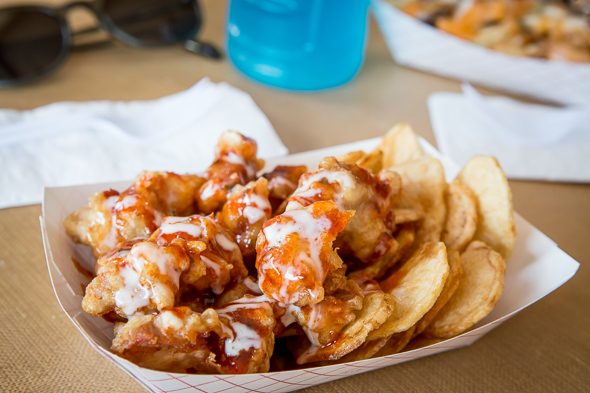 Their Korean fried chicken ($5.80) is the other item advertised on a sandwich board out front along with kimchi fries. It's battered in tempura with a little potato starch that gives it that texture associated with the spicy Korean fried chicken Kooyi is playing off of. They use their own spicy gochujang-based sauce to top this dish, and serve it with a side of homemade potato chips. 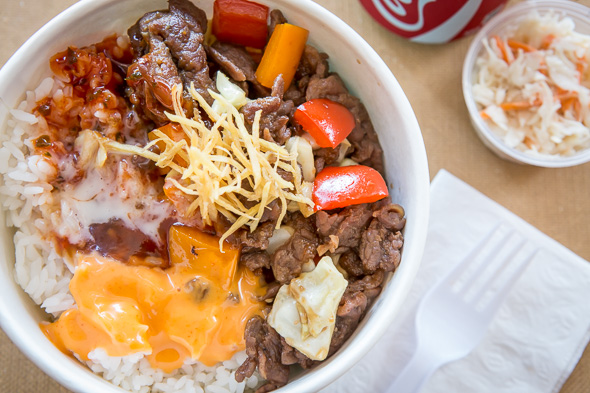 We also try the sneaky beef in bowl form. The style of bowls here is mix-and-match, so you can technically get any of their four signature sauces (kooyi kookoo, maecom mayo, yuzu mayo, or kooyiyaki) with any protein, but they also offer recommendations of what pairs best. People usually choose one sauce, but you can opt for all four. 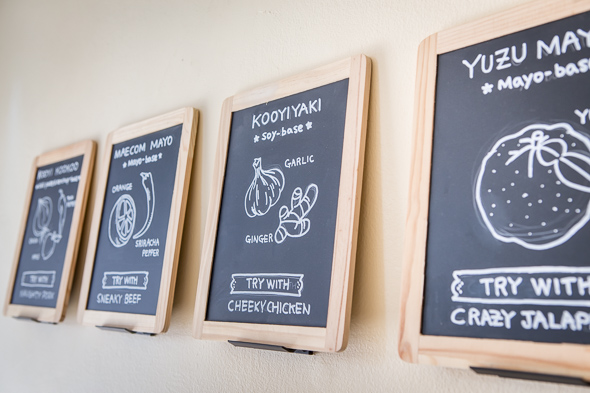 The sneaky beef goes through that twenty-four hour marinating process before being freshly pan-fried in an individual batch. Then it's layered on top of sticky white rice, joining sauteed carrot, onion, bell pepper, and cabbage, and completed with a little fried sweet potato garnish. It also comes with a sesame coleslaw that's run-of-the-mill but refreshing along with the spice. 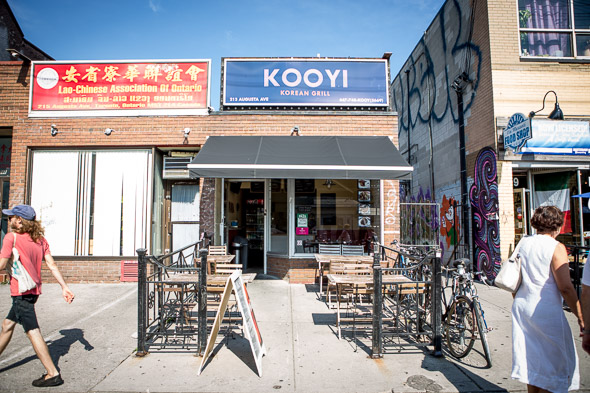