Kojin celebrates the hearth, named for the Japanese god of fire and the kitchen. It transforms what for a long while used to be third-floor restaurants Daisho and Shoto.

The restaurant serves steakhouse classics with an island influence. 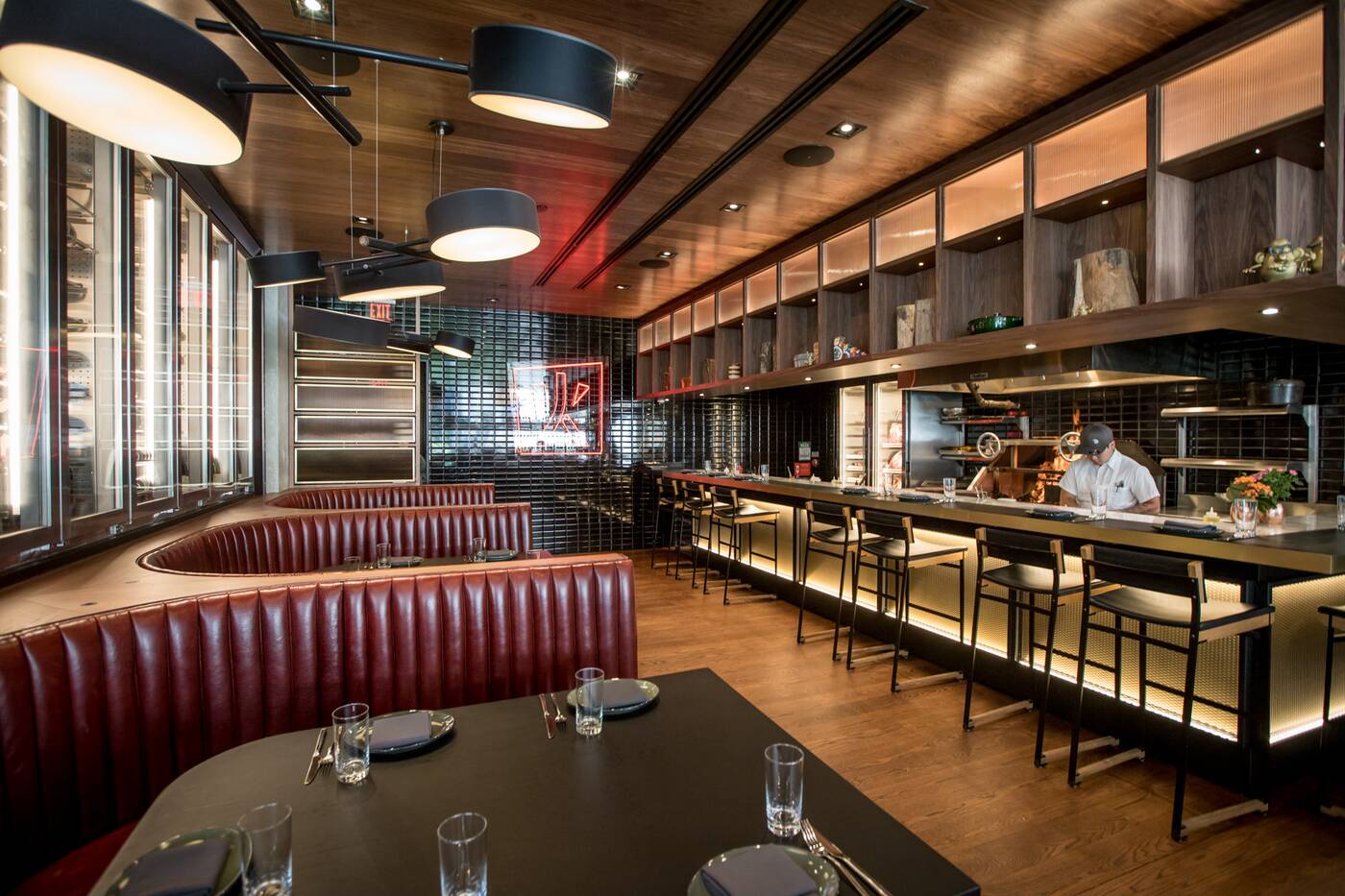 It’s right next to an aging fridge which transparently displays cuts of meat from Ontario farms, another major influence at the restaurant along with the traditions of Momofuku and Toronto’s multiculturalism.

Leathery booths and the character for Kojin in neon now give the interior a steakhouse feel, especially in the open kitchen area. 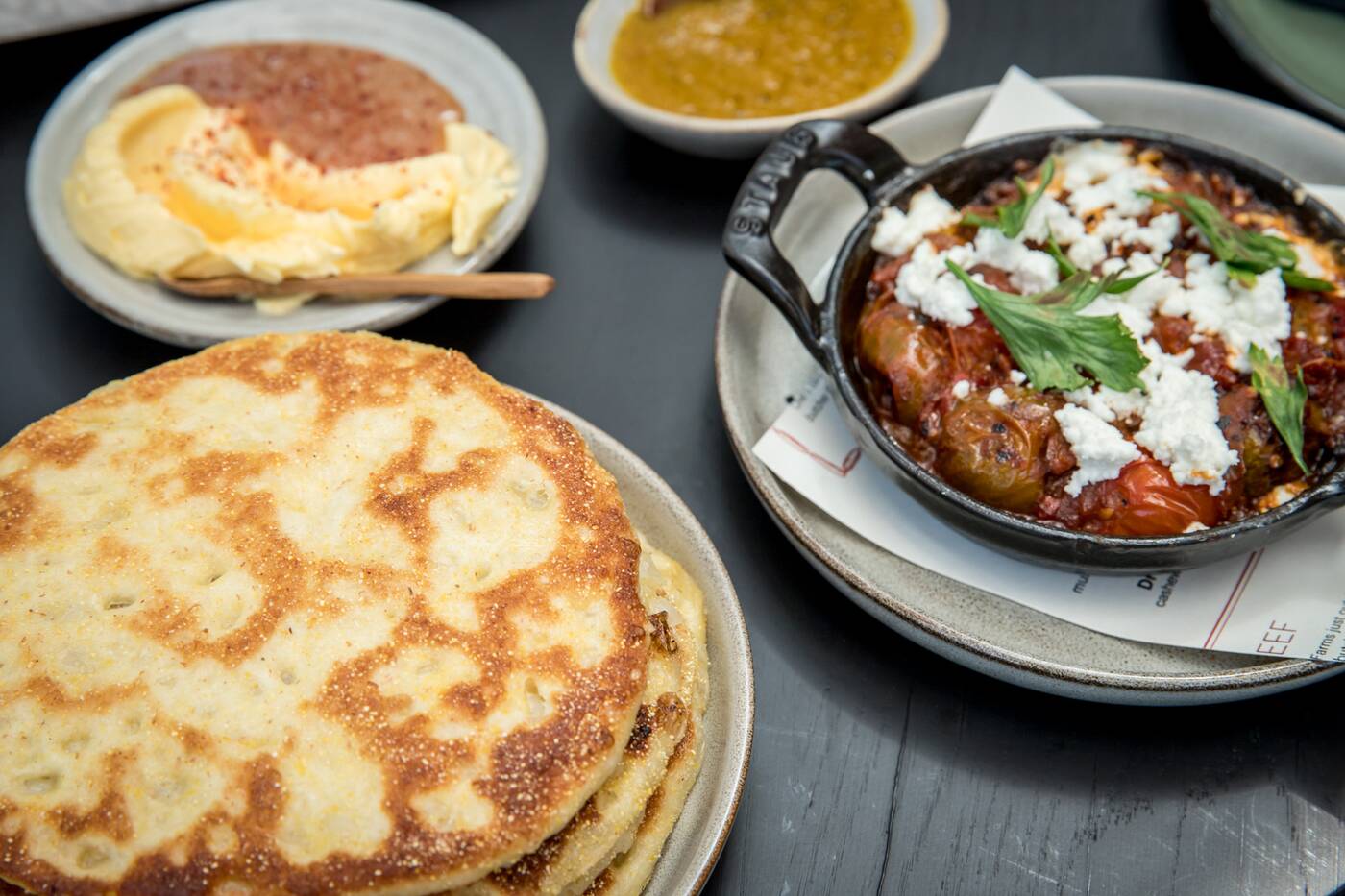 Corn flatbread is a Momofuku staple, one part arepa, one part English muffin, and one part Chinese flatbread.

Mad with local K2 cornmeal and hominy, it’s chewy and stretchy, addictive with smooth, bright Drew’s Grass Fed Butter and spicy honey (though I could do the butter alone) or fire roasted tomatoes with feta. 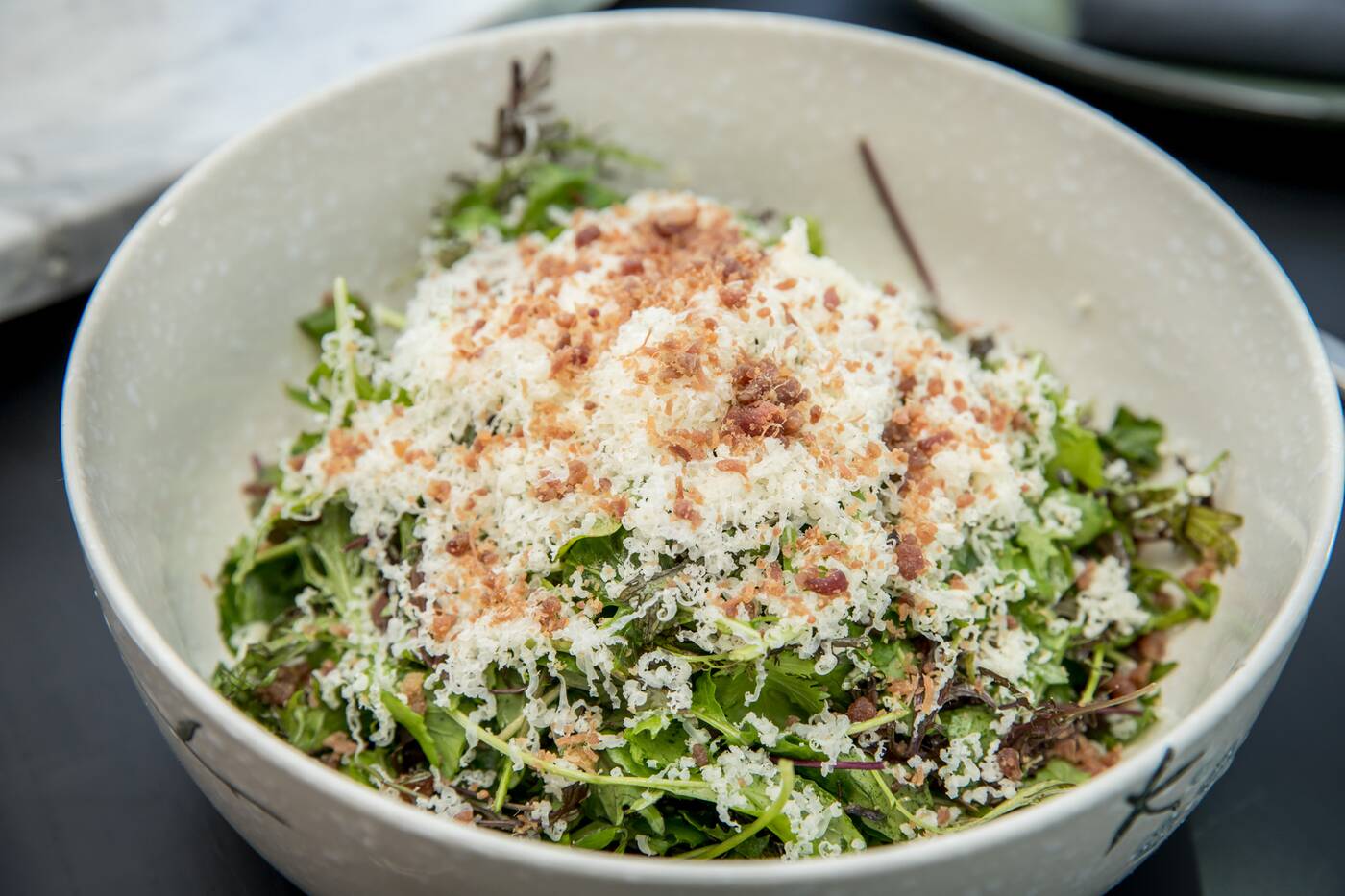 New Farm Spicy Greens ($19) are billed as an appetizer but could easily be a light lunch, and apparently other salads are even heftier. This one is tossed with a simple vinaigrette and topped with shaved gouda and crumbles of Niagara ham. 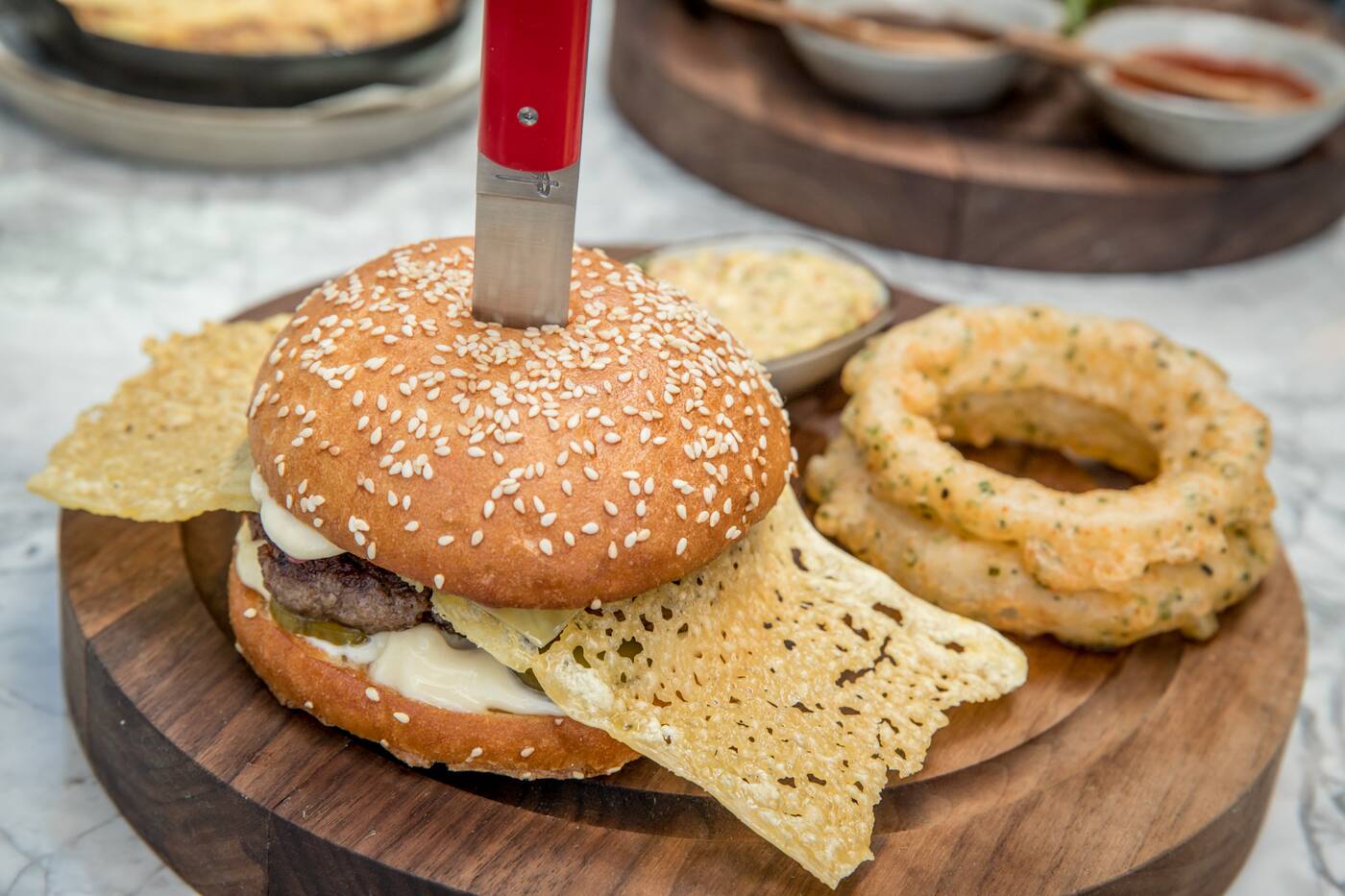 The Easton Blend Burger ($25) tops a moist patty made from a house blend of skirt, short rib and chuck with crunchy fried gruyere cheese “wings,” caramelized onions and garlic mayo, all on a house pretzel bun. 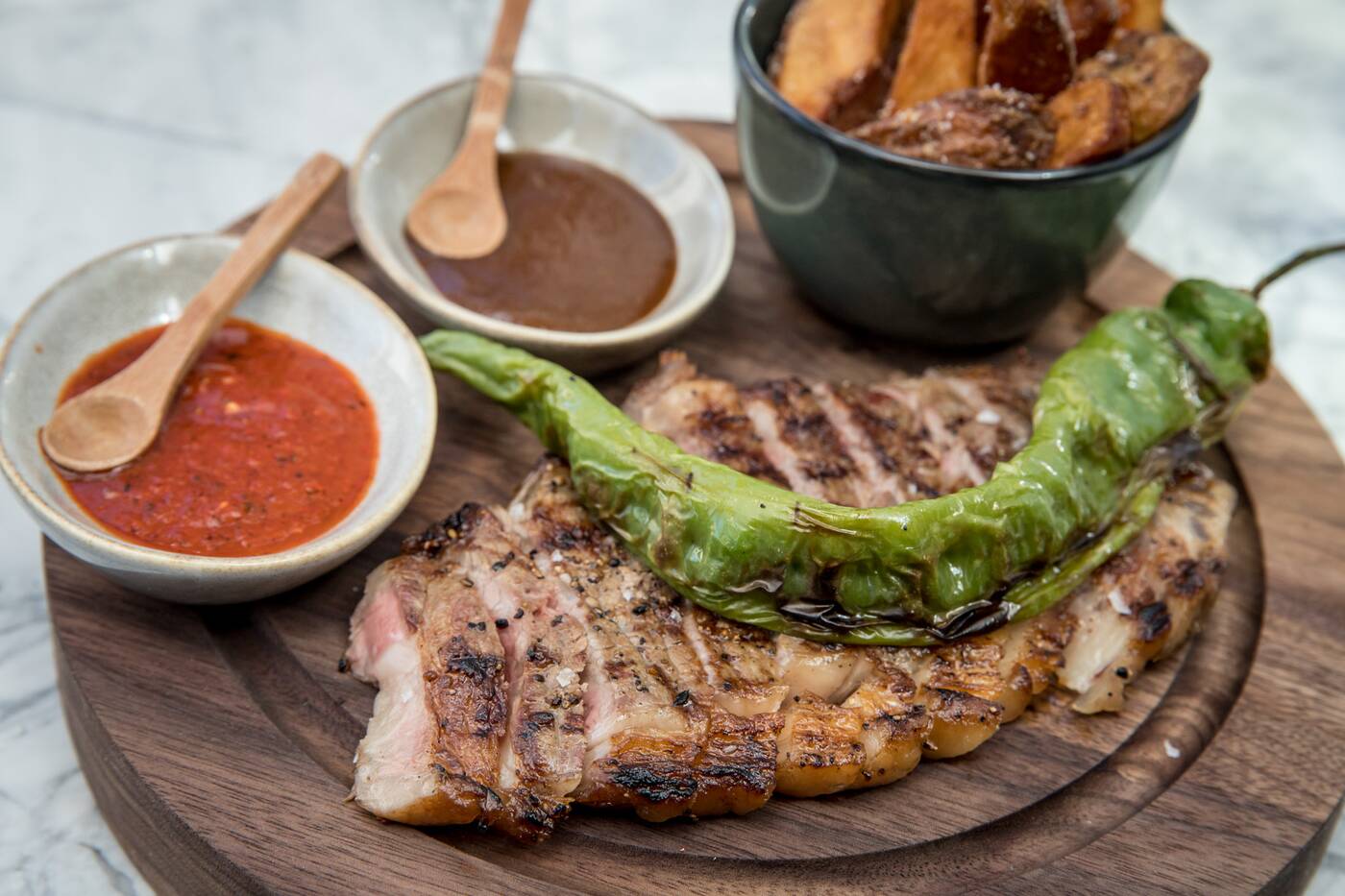 A Butcher’s Steak ($37) is a fatty striploin seasoned simply with salt and pepper and grilled to medium rare, served with crackly fried potatoes, a grilled green chili, and two hot sauces: a yellow habanero and yellow bell pepper, and a red chili and red bell pepper.

Peppers are buried in the embers of the grill to produce the hot sauces, which cut the richness of the meat. 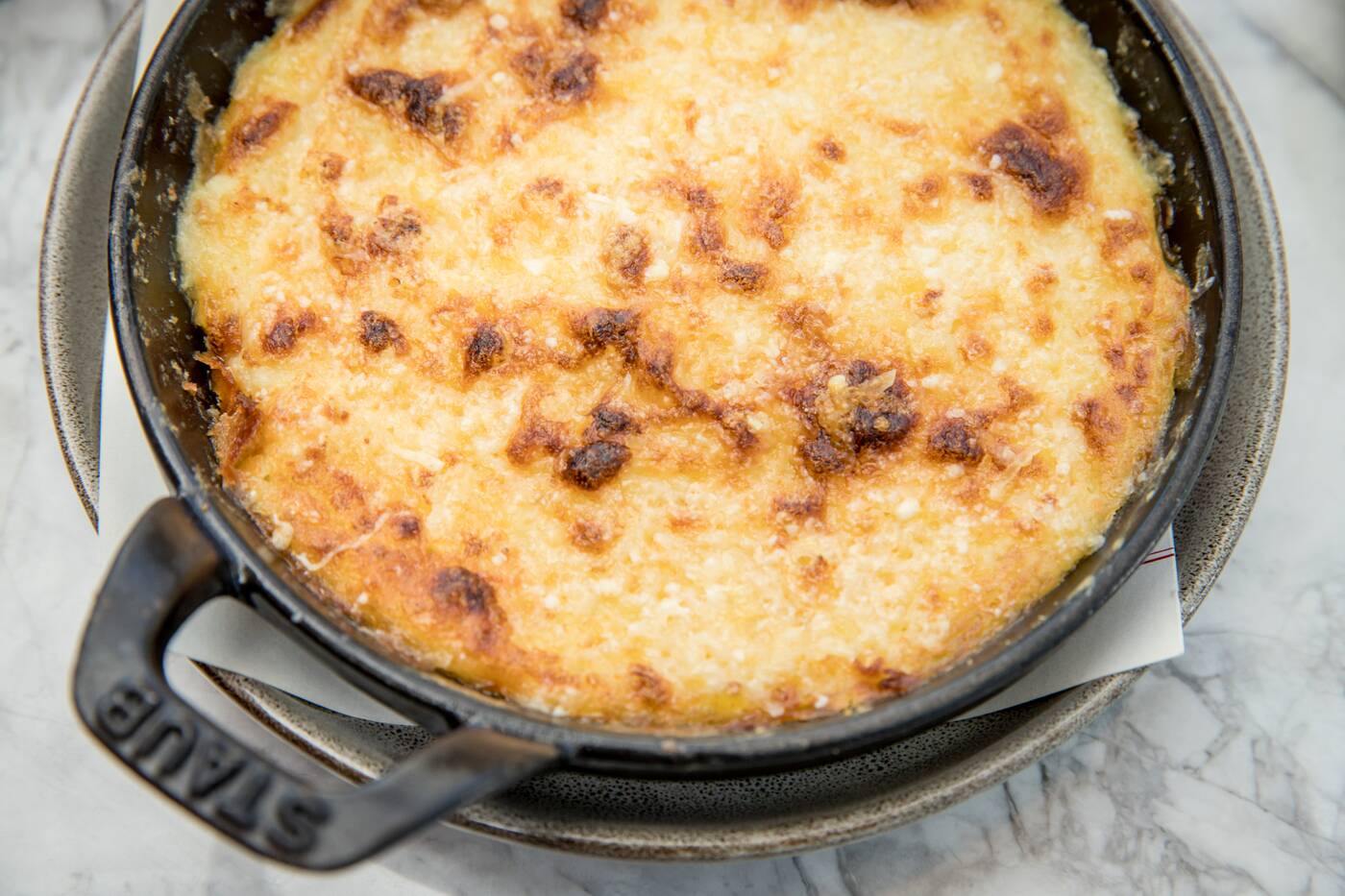 A side ($12) of Tita’s Mash is not to be missed, a sleeper hit on a menu that’s secretly dedicated to the grandmother that originated this special mashed potato cake. Made with cheese curds, it’s just dark enough on the top to be stiff, yielding to velvety mash. 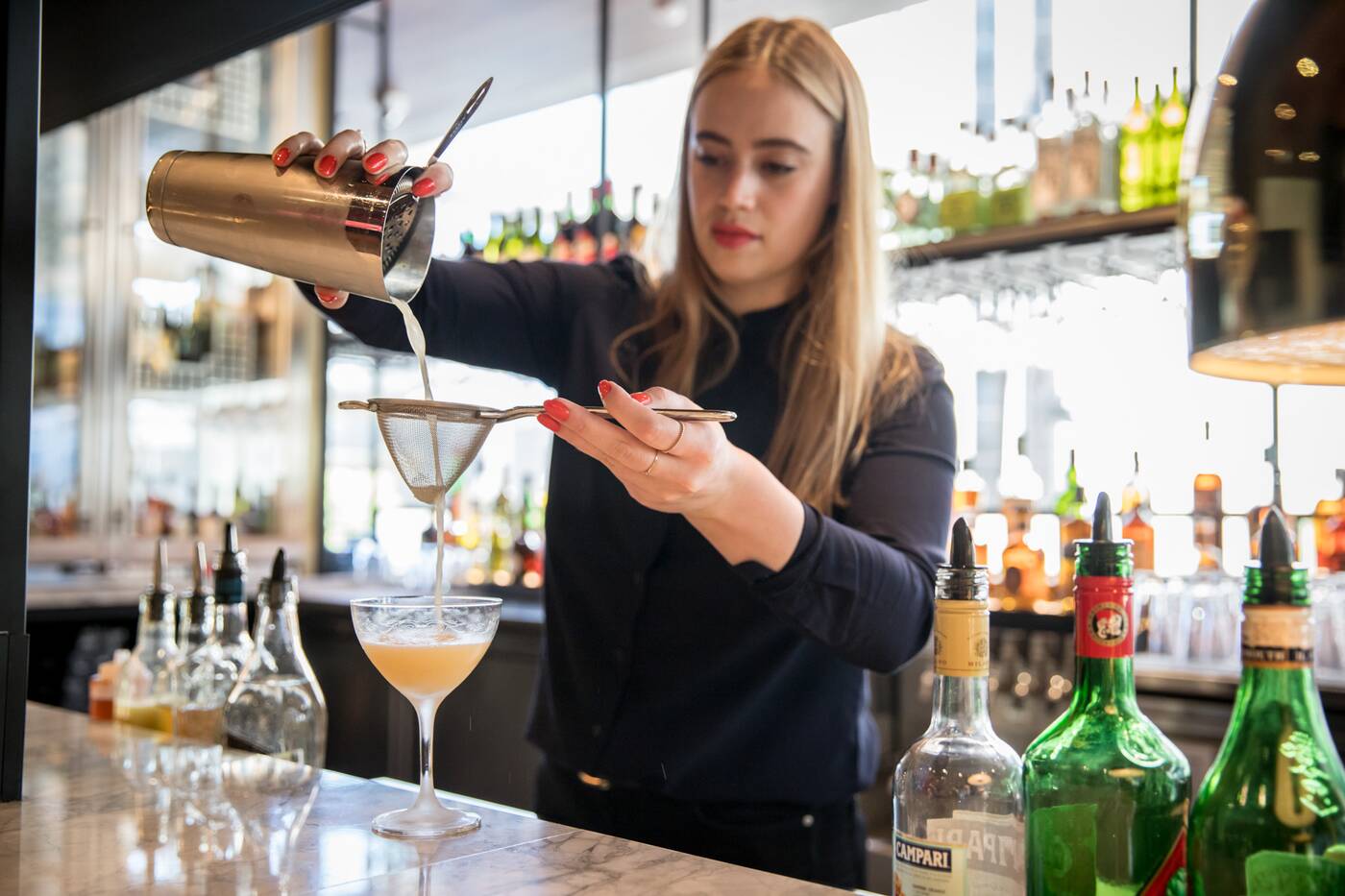 The Smoke and Mirrors ($15) accents the food’s flavours rather than contrasting with them, a symbolic-feeling mix of tequila, yuzu, chamomile and togarashi agave, dusted with a little intense spice on top. 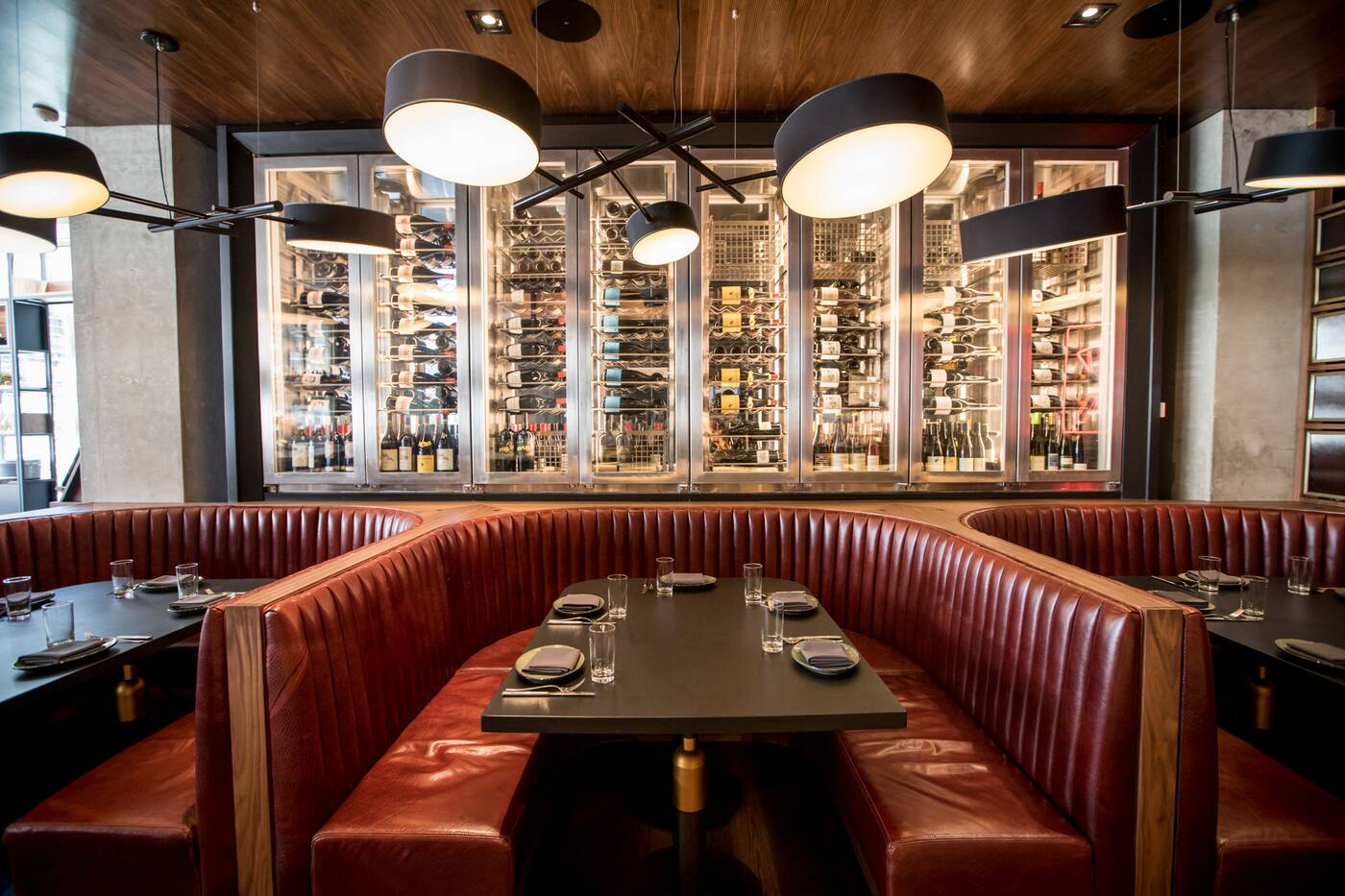 DesignAgency took the lead on the revamped space, which still has some sunny airiness thanks to the building’s floor-to-ceiling windows and long papery hanging lamps. 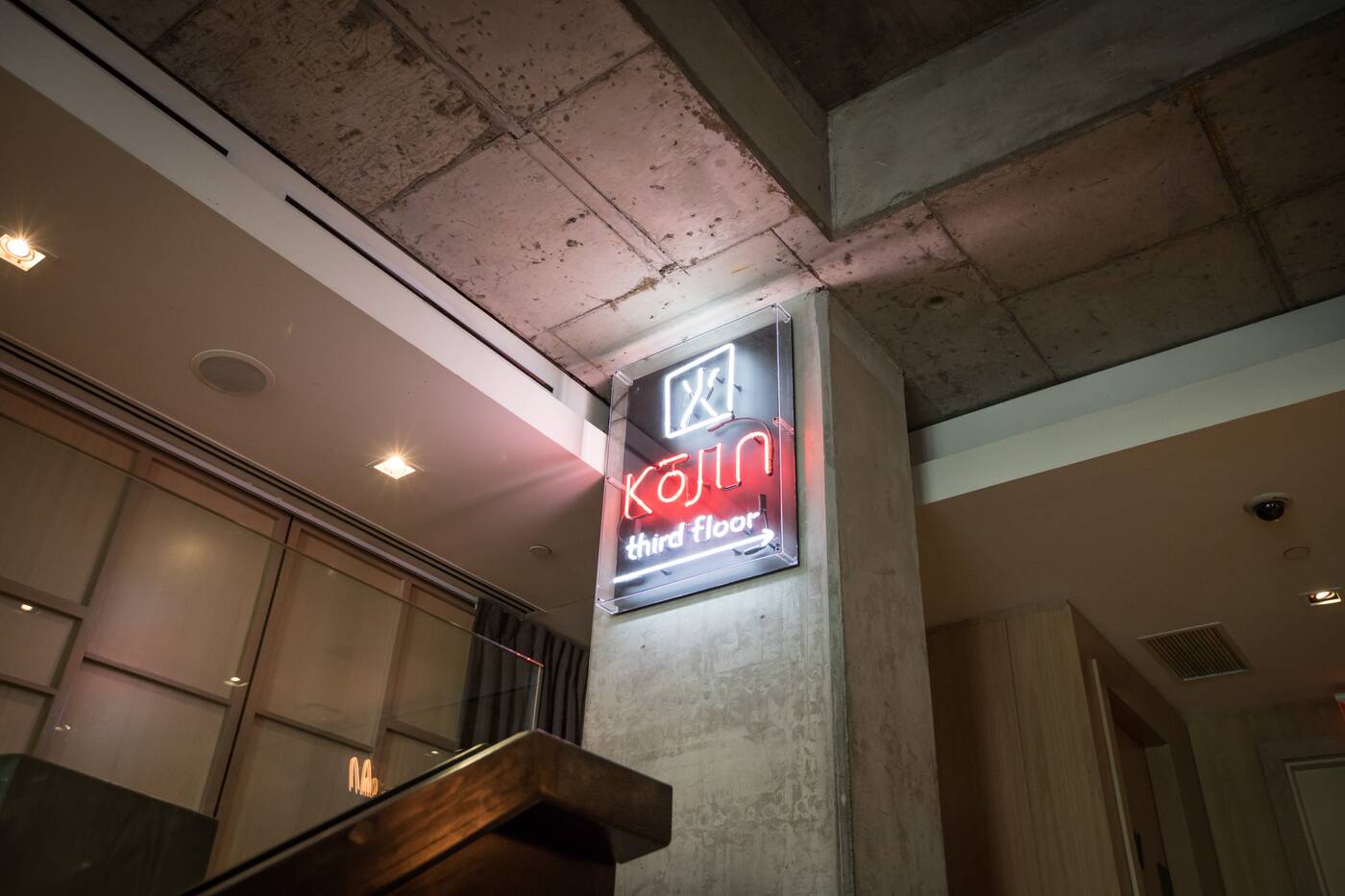