Kebab Queen is putting a spin on traditional Shawarma and replacing the pita with French bread and cheese toppings.

The newly opened shop is owned by the same people behind Nord Lyon, a French bakery that sits directly beside Kebab Queen near Queen and Bathurst. 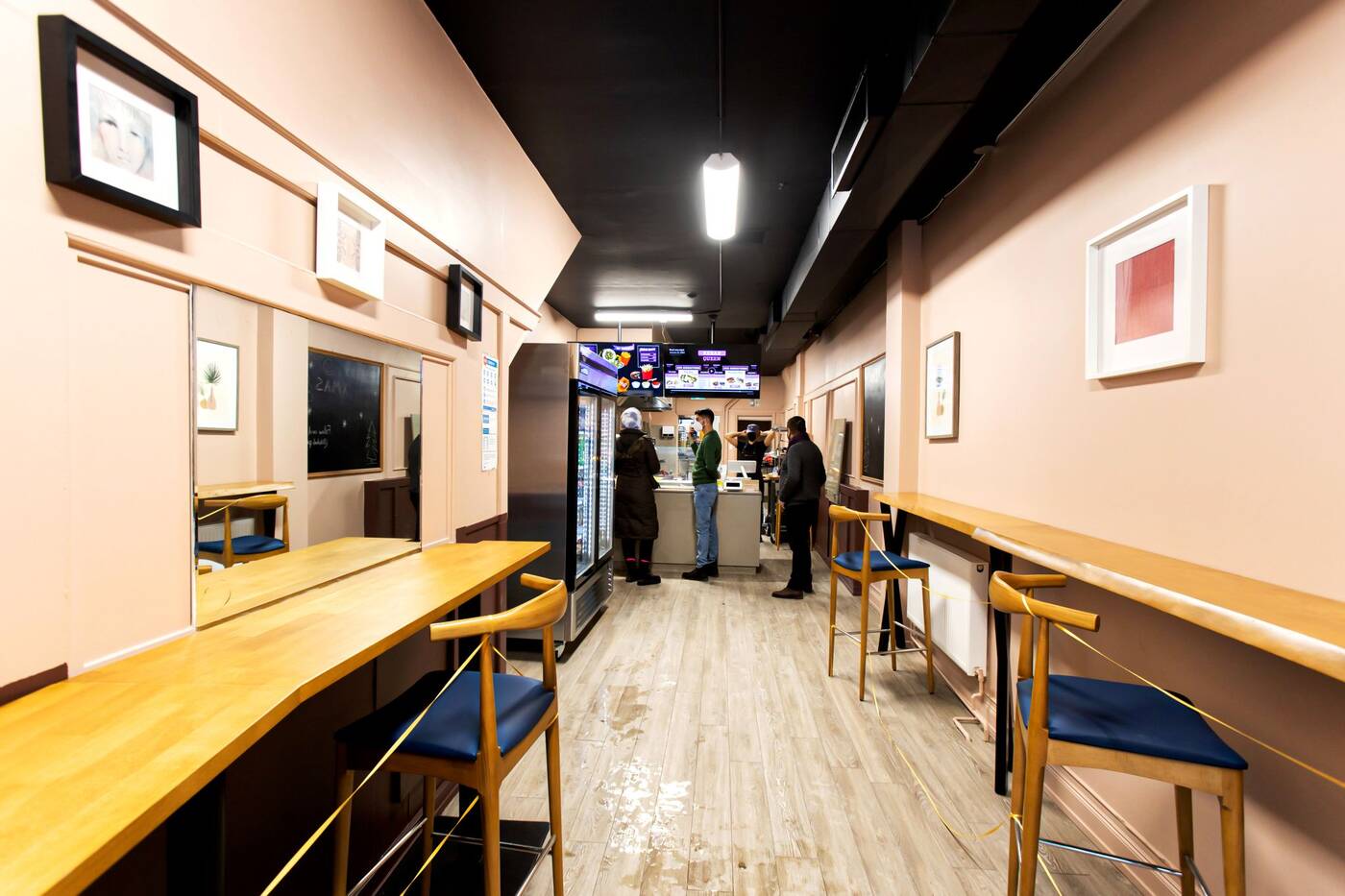 When the building was up for lease, owner Richard Cici took the opportunity to fuse his love of Shawarma (known as Kebabs in Europe) with the bread they make daily from scratch next door.

The space fit like a corridor, is easy for walking in to grab takeout or sitting down for a quick bite on your lunch break, while watching the Queen West crowds go by. 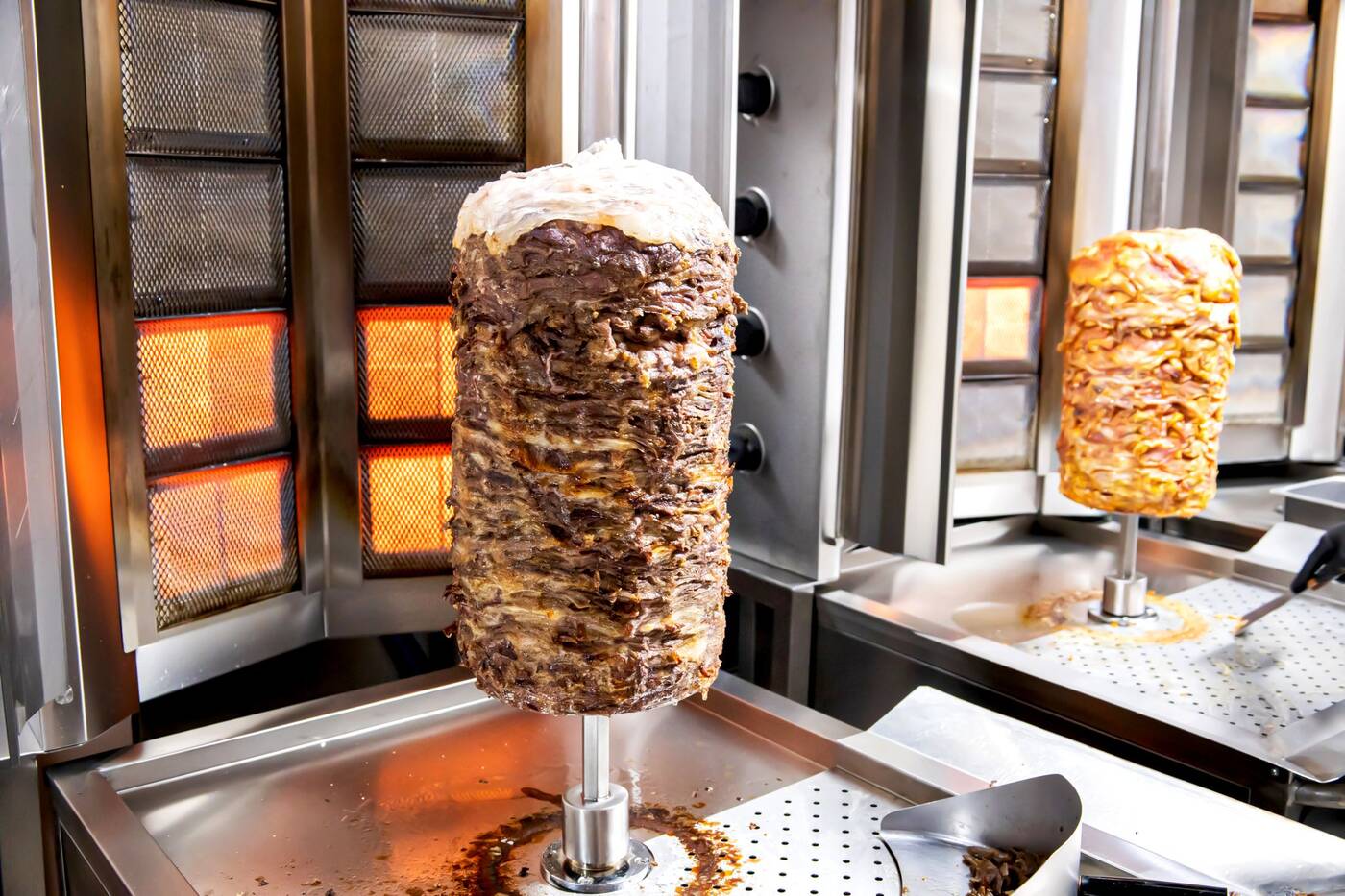 You have your choice of beef, chicken, or a mix to put on each sandwich, all are roasted to a crisp on two large skewer stakes in the kitchen. 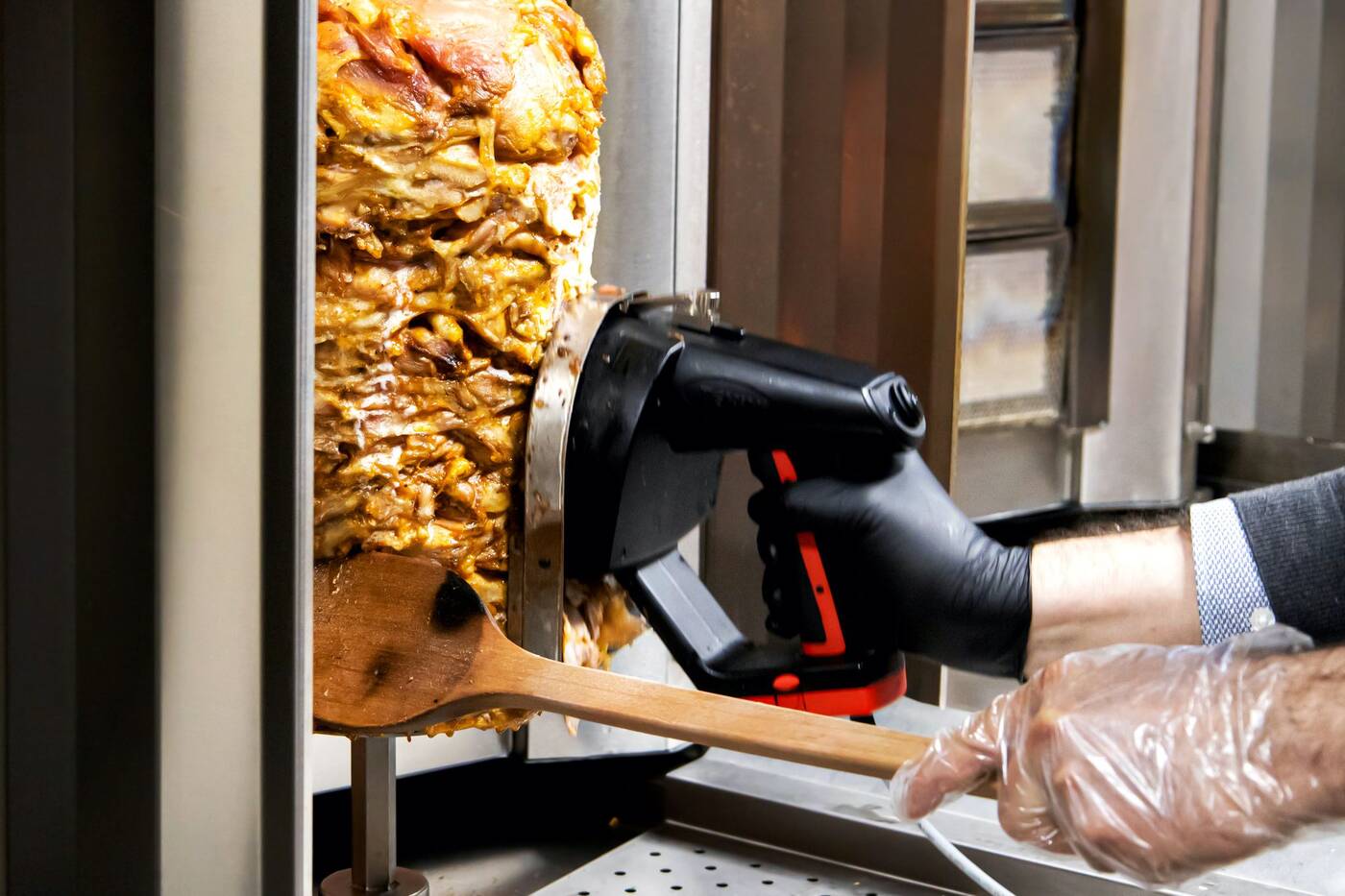 When you order, the meat is shaved off using a machine that resembles something you might find on a construction site. But at least, you'll be getting the juicy bits that will complete your sandwich.

The last thing you'd think to find on Shawarma is cheese, but Kebab Queen is doing just that. 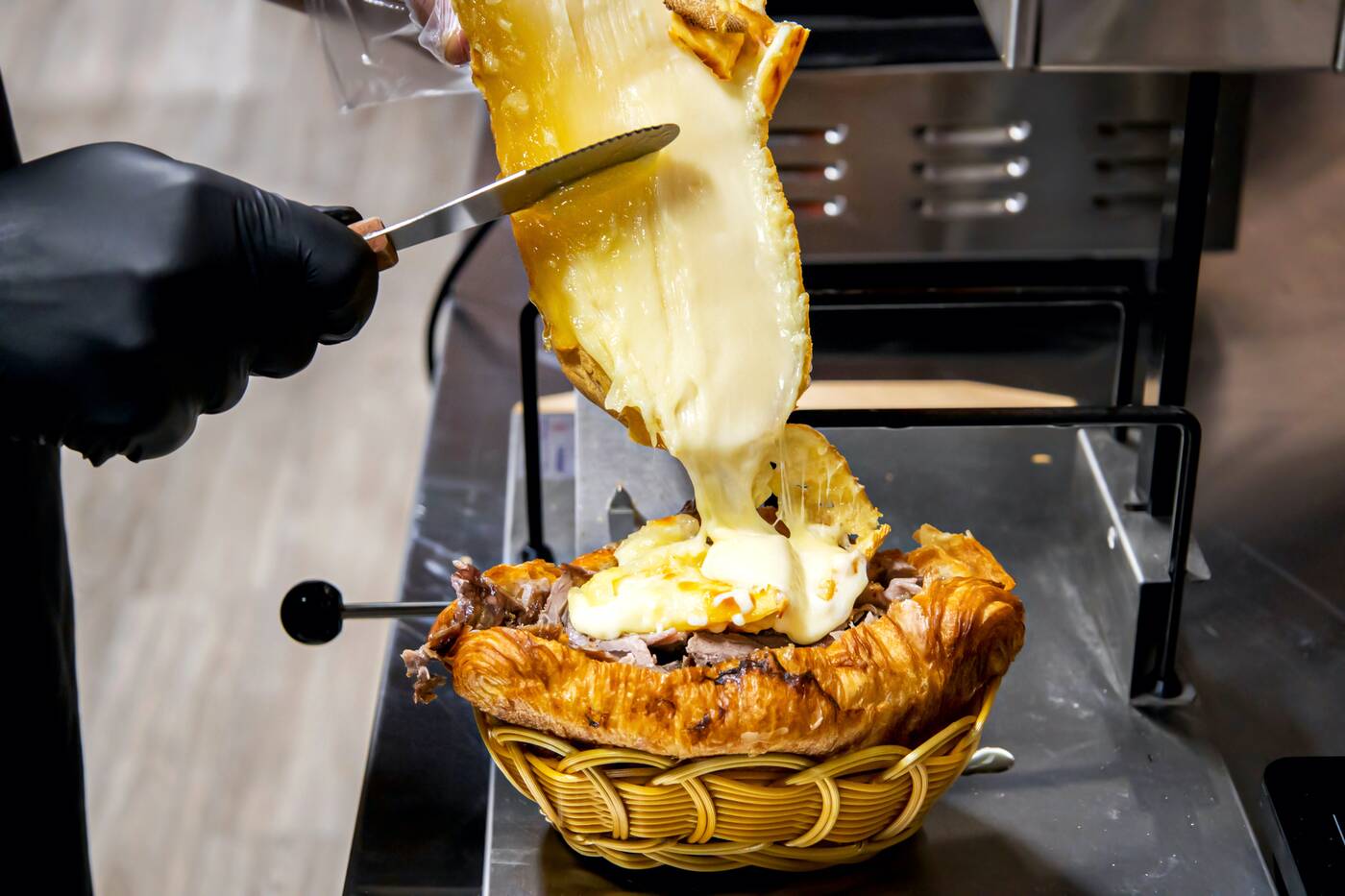 They place half a wheel of Raclette cheese on top of a metal contraption that heats it up until it starts boiling with bubbles.

When it's ready, the gooey melted cheese is heavily poured on top of what they call The Lyonnaise ($16.90). 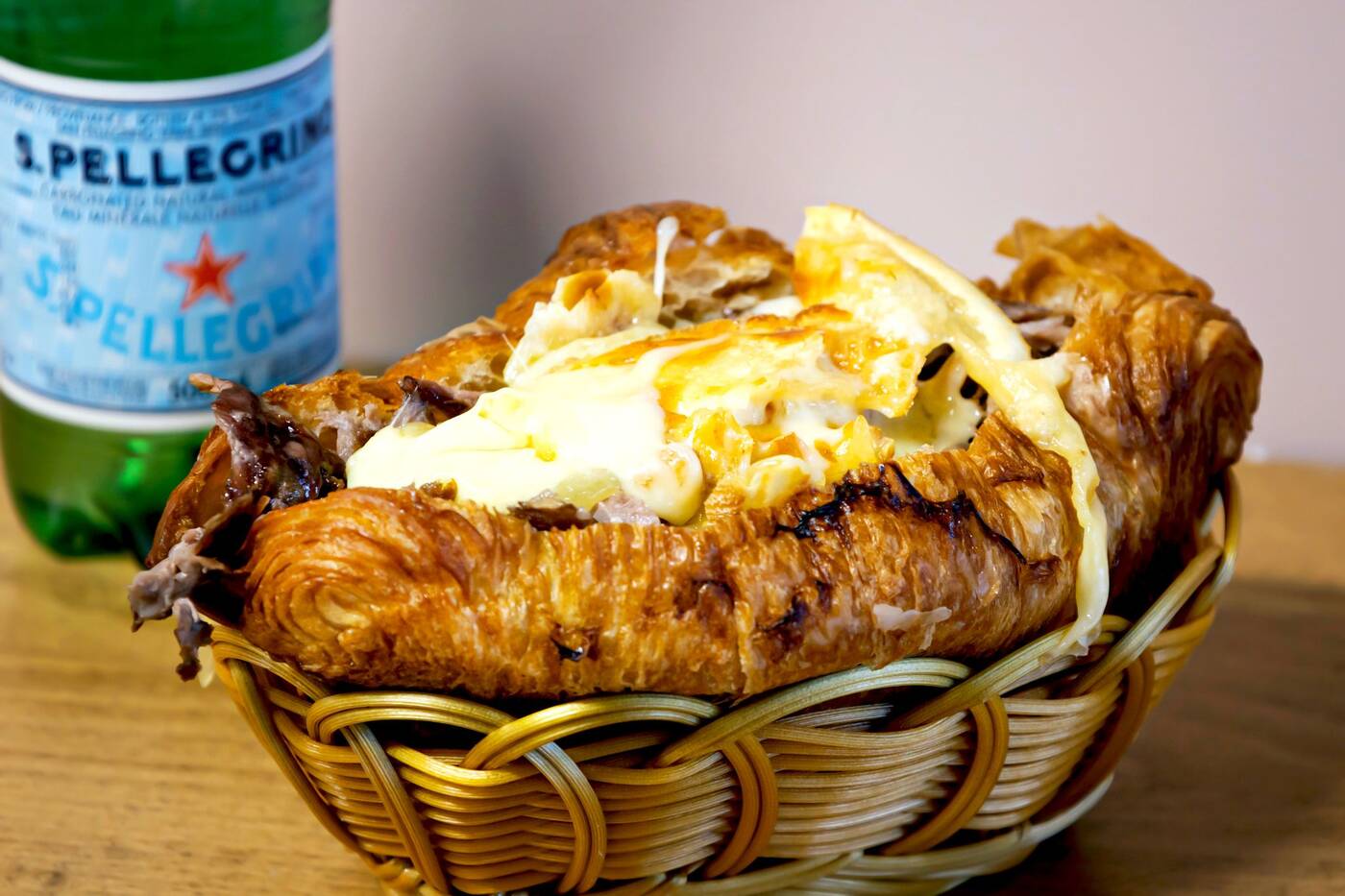 The bread used is a french butter croissant and the bottom is stuffed with shreds of beef. You can't beat the creamy texture and saltiness of the cheese. 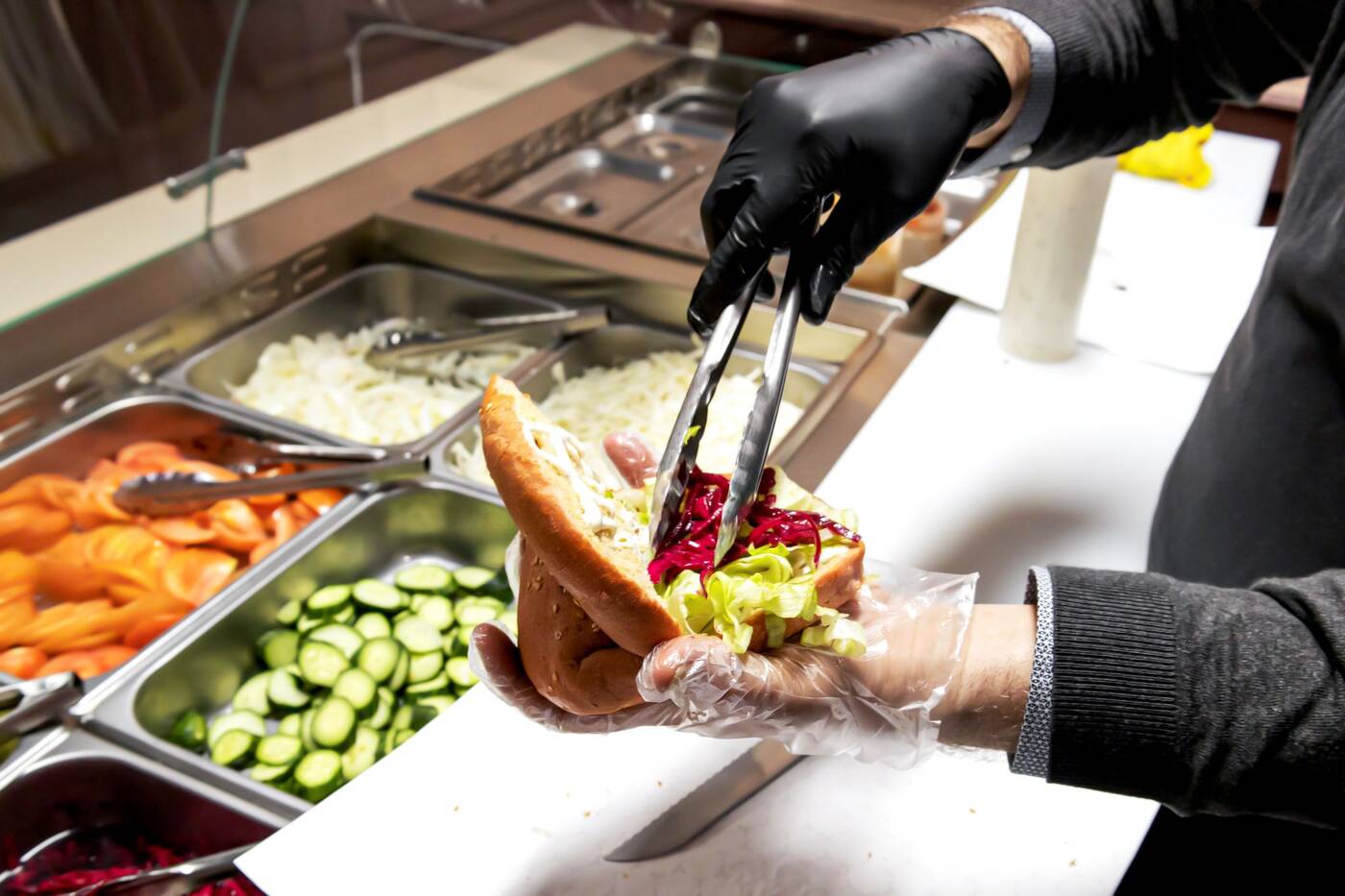 Kebab Queen has varying options of bread to choose from for your sandwich. The Pain Maxi ($9.90) uses a bun with shredded beets mixed into the dough before its baked.

The sandwich starts off with your choice of vegetable toppings, including tomatoes, onions, pickled turnips and cucumbers. 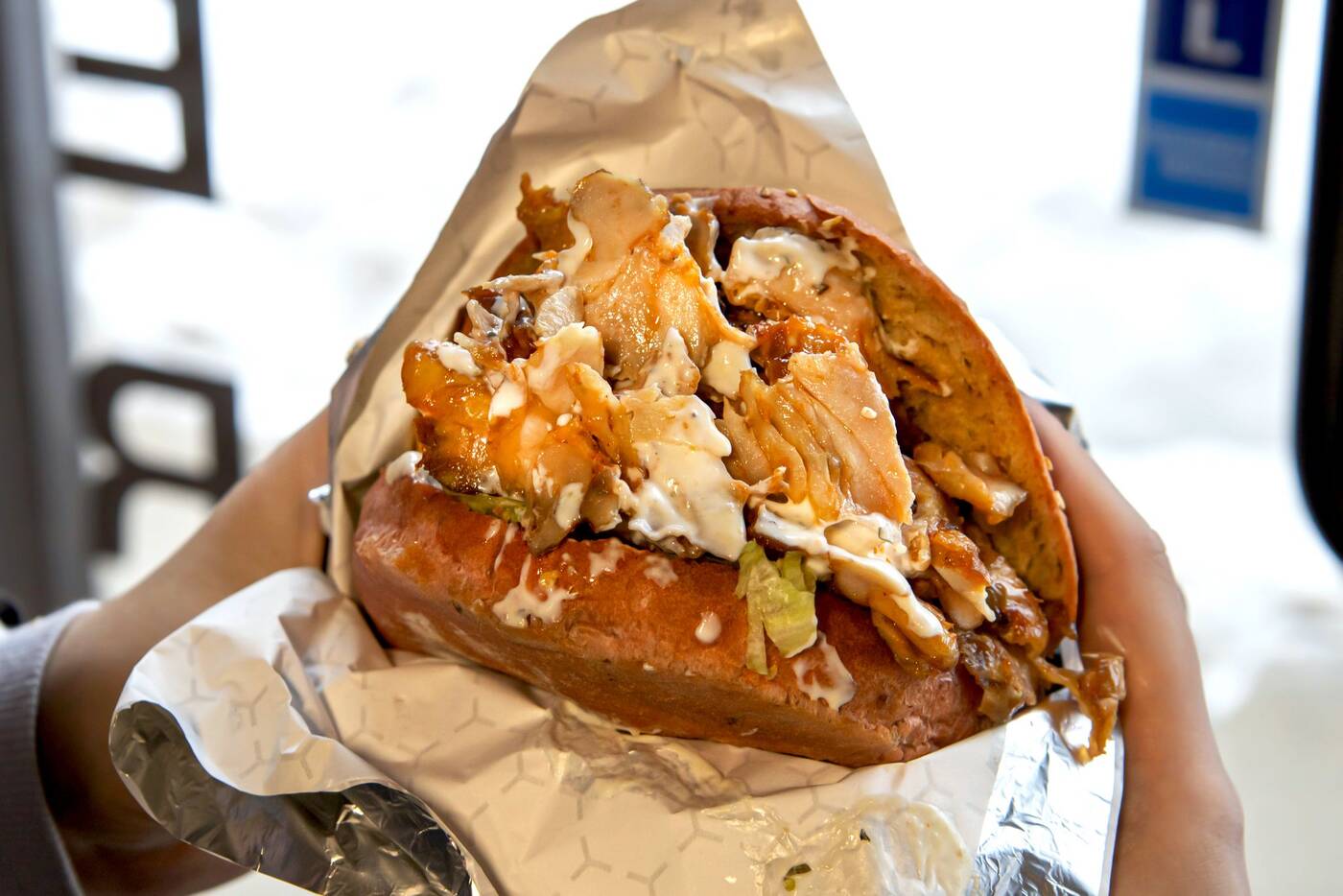 It's then racked to the brim with chicken and a drizzle of garlic sauce to finish it off. A hefty bite follows, but it's worth the extra napkins as you dive in and taste crunchy toppings with soft pieces of chicken. 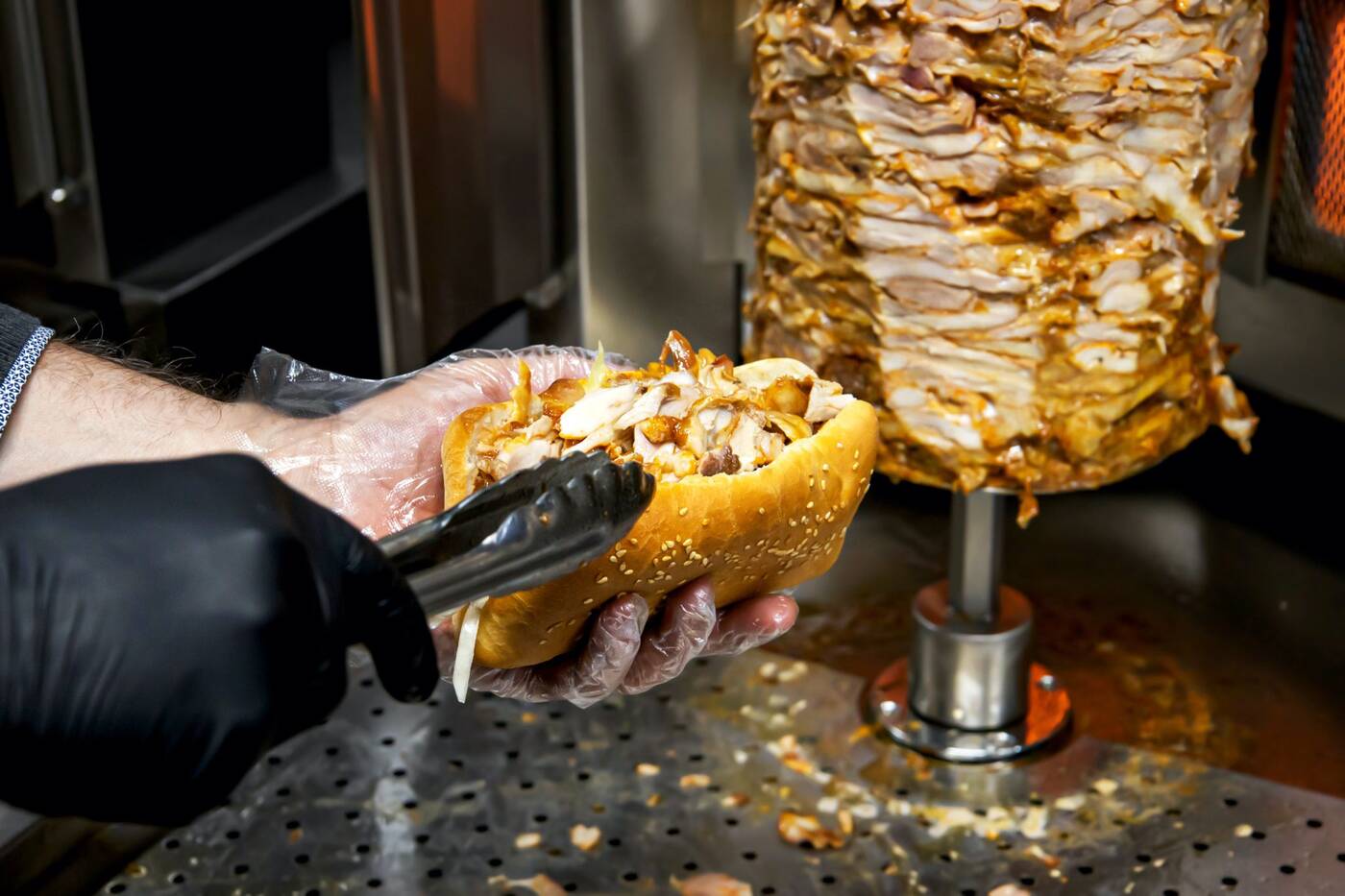 Last, but certainly not least is Kebab Queen's signature sandwich called the Pain Mich ($11.90), which literally translates to "loaf of bread" in English. 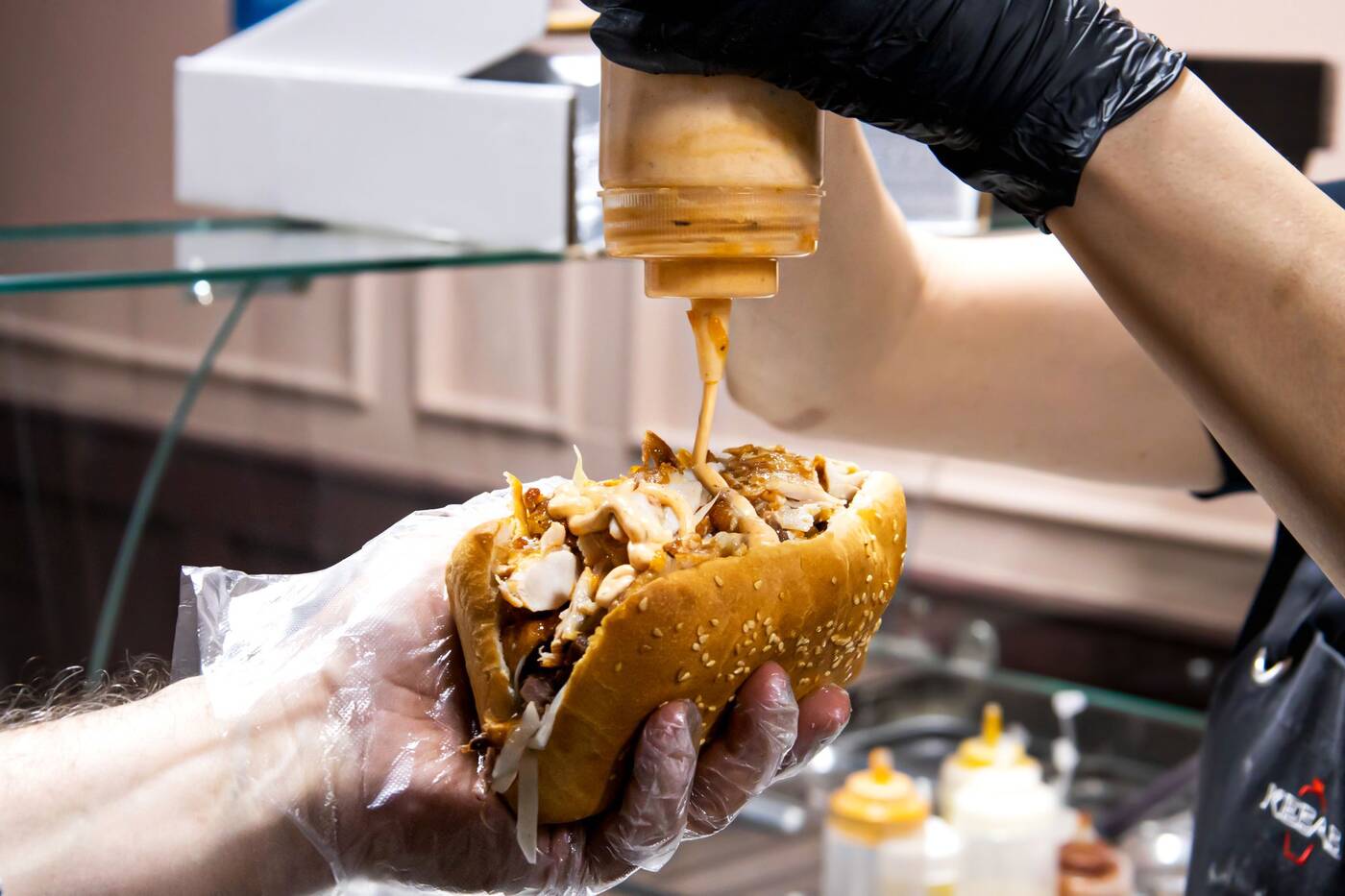 We got a mix of beef and chicken on this thicker, bun-like version of baguette bread. It's usually served with no extra toppings, other than the meat and a swizzle of spicy garlic sauce.

It's simple and hearty, like what you'd expect from any good sandwich. 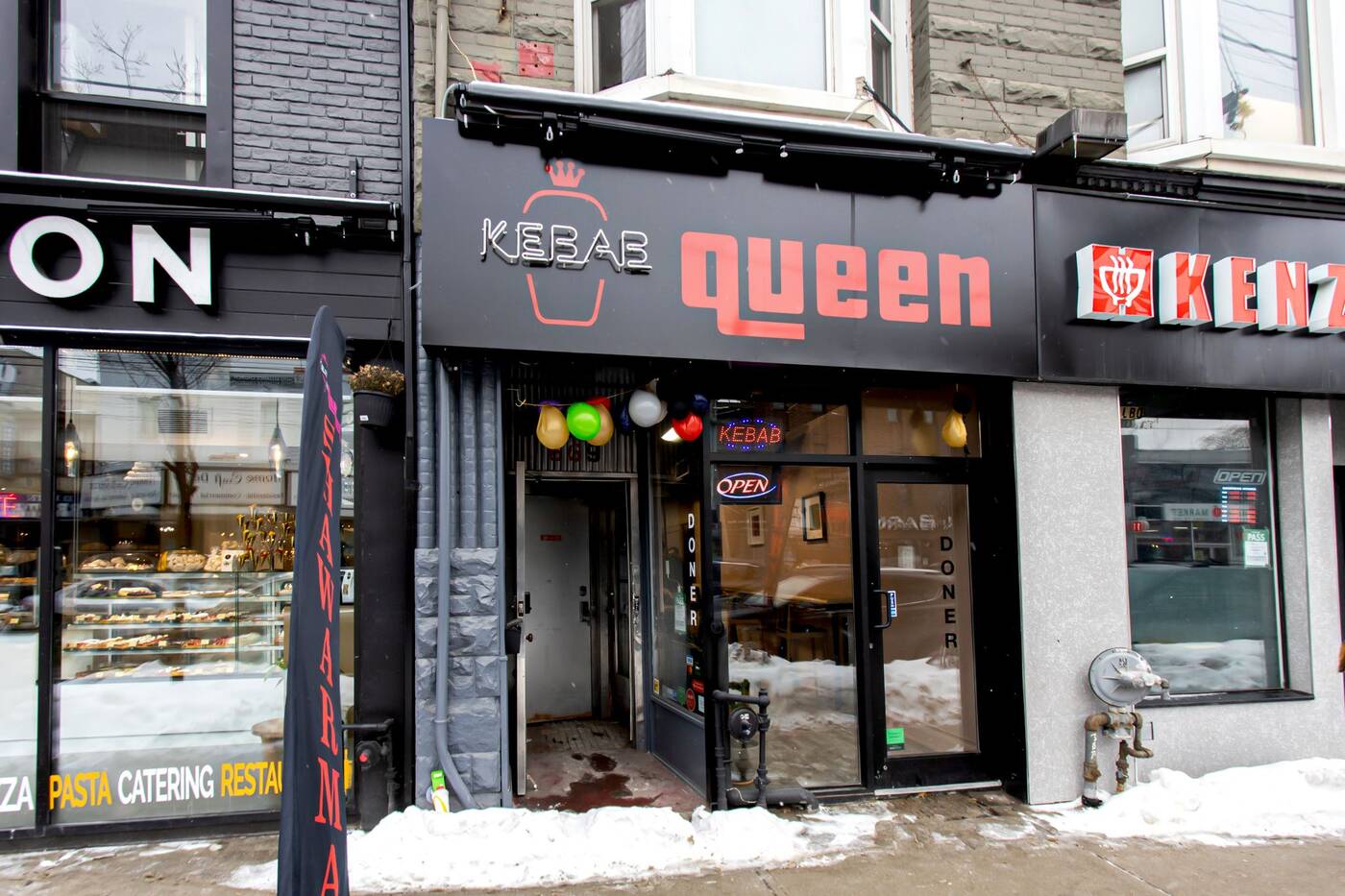 Grab lunch or dinner at Kebab Queen, then conveniently pop into Nord Lyon beside it for dessert.