Kanto by Tita Flips is open for takeout and delivery. There’s hand sanitizer at the counter and masks are mandatory.

Kanto by Tita Flips has been blazing the way for Filipino street food in Toronto since its first shipping container location on Dundas Street West opened in 2013.

At this location in the Junction, owner Diona Joyce and her mother serve up even more homemade Filipino recipes including Kamayan meals, which are traditionally eaten with your hands. 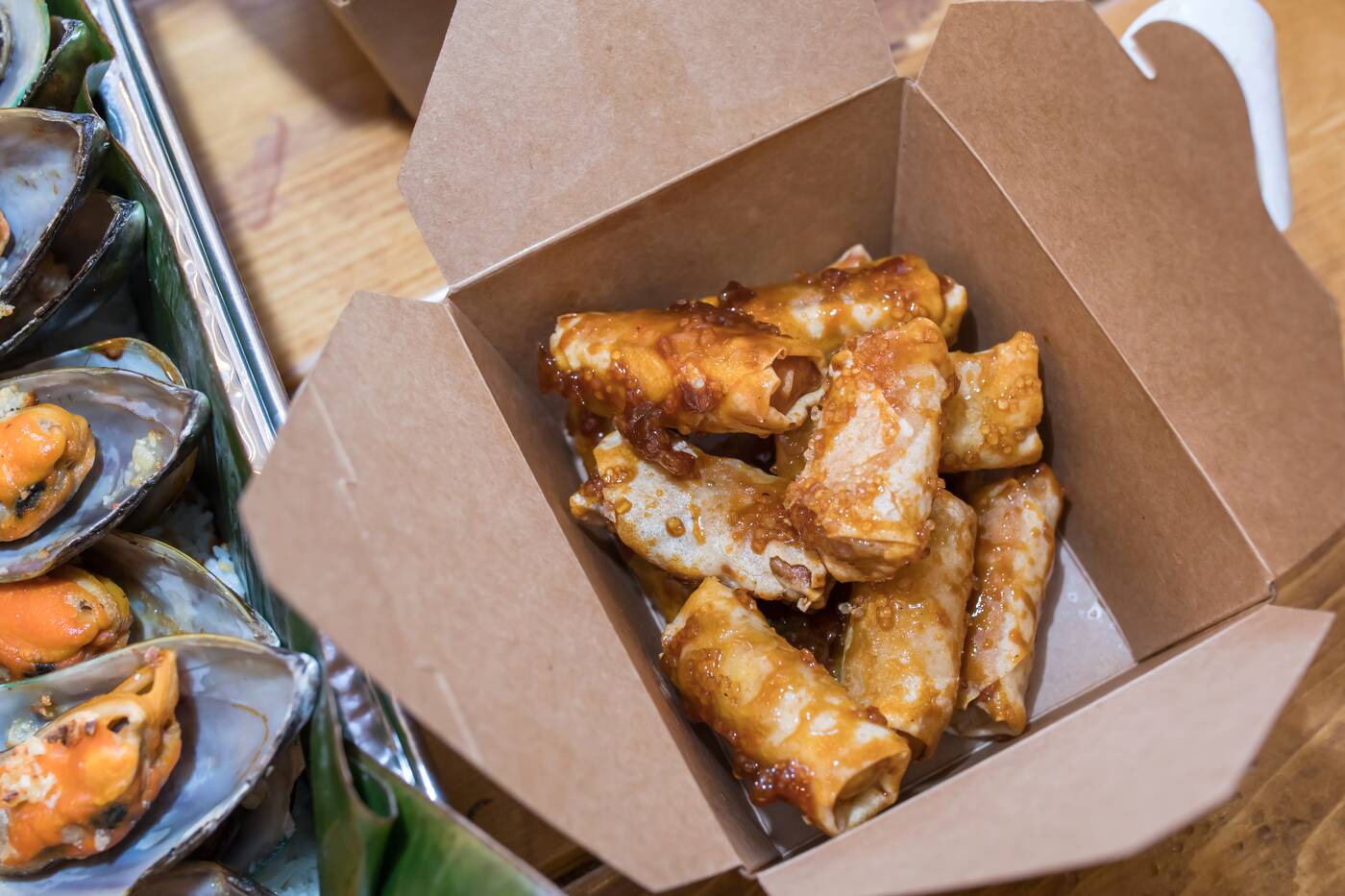 Both regular and banana spring rolls, which are sweet and coated in a crackly caramel shell on the outer layer for a nice crunch with plantain inside, are also included.

With her father being from the north, known as the culinary centre of the Philippines, and her mother from the south, Joyce fuses both regions of her beloved home country on the menu. 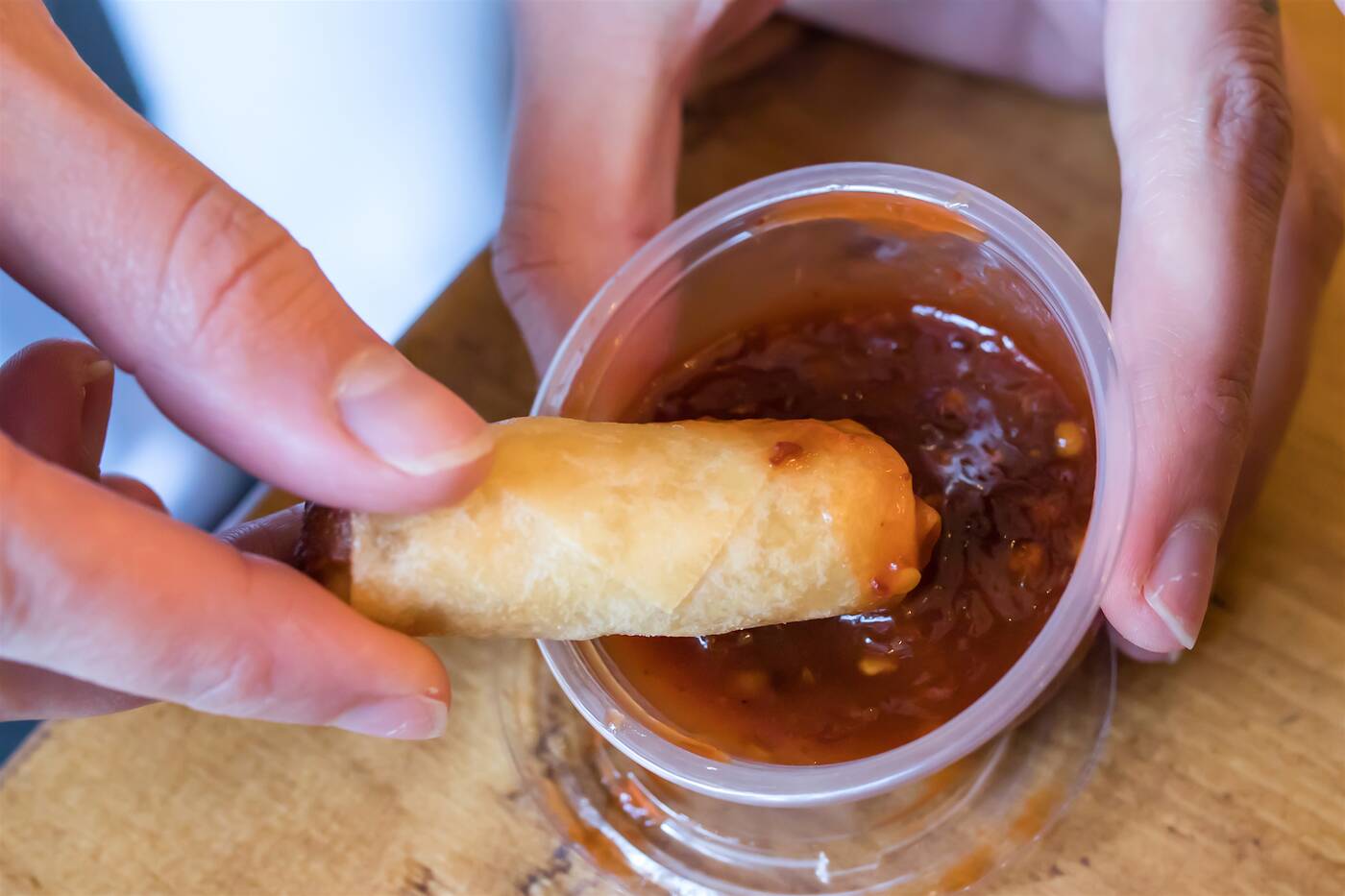 Combining the aromatic flavours of the south with the sauces of the north, the result is lots of sweet and sour flavours and always a sauce on the side for dipping. 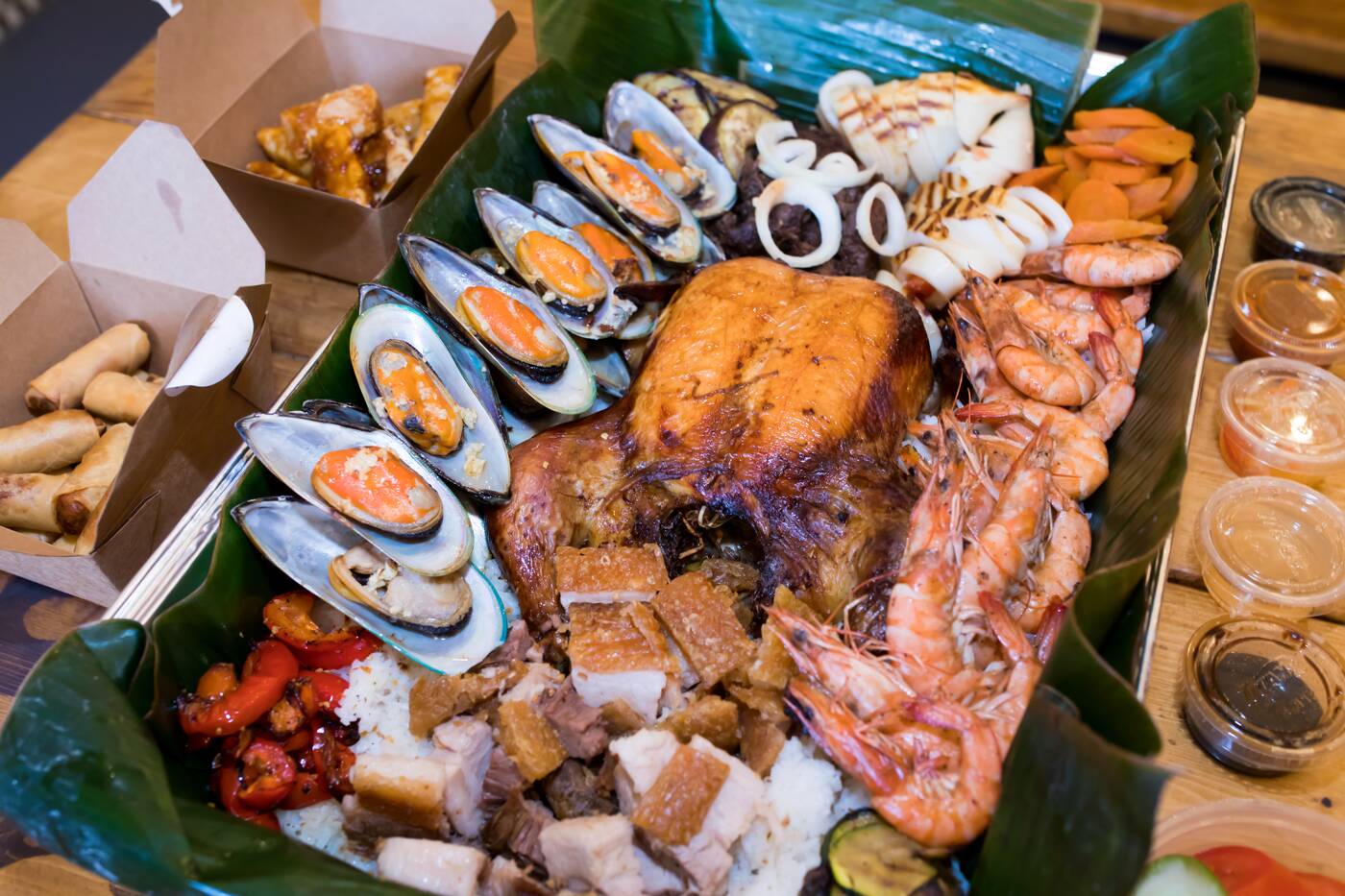 The Original Kamayan Kit ($50) can be ordered to go. It comes with Lechon Manok (roasted chicken marinated in soya sauce, calamansi, spices and stuffed with lemongrass, onions and garlic), pork belly and beef (soy and lemon ribeye slices), as well as rice and steamed vegetables and a selection of sauces.

You can also add seafood like mussels, squid and crab for an extra charge. 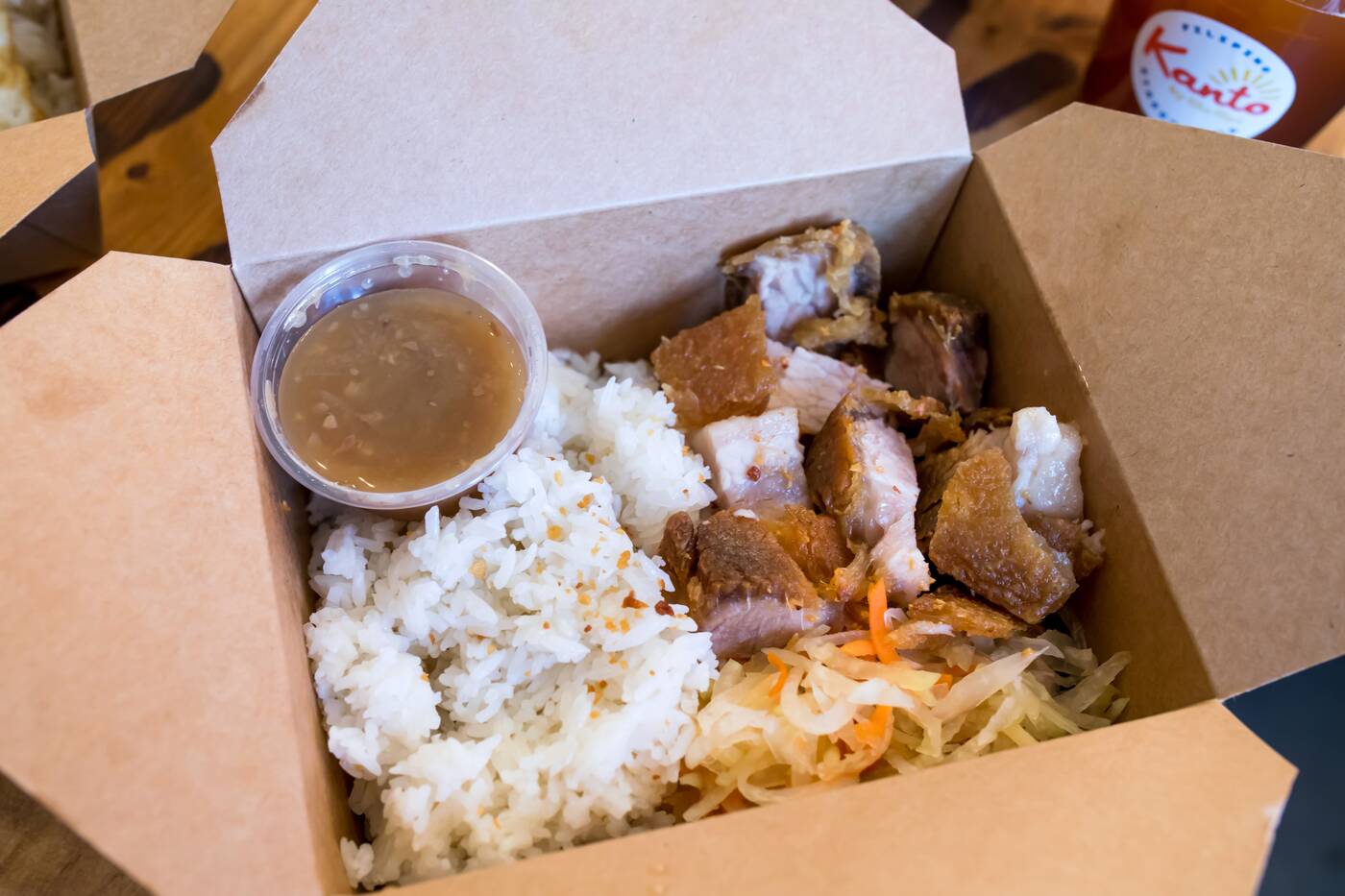 If you're not quite hungry enough for an entire Kamayan Kit, there's a lot of other dishes worth trying on the menu like Lechon Kawali ($12.50), juicy pan-fried pork belly with crispy skin. 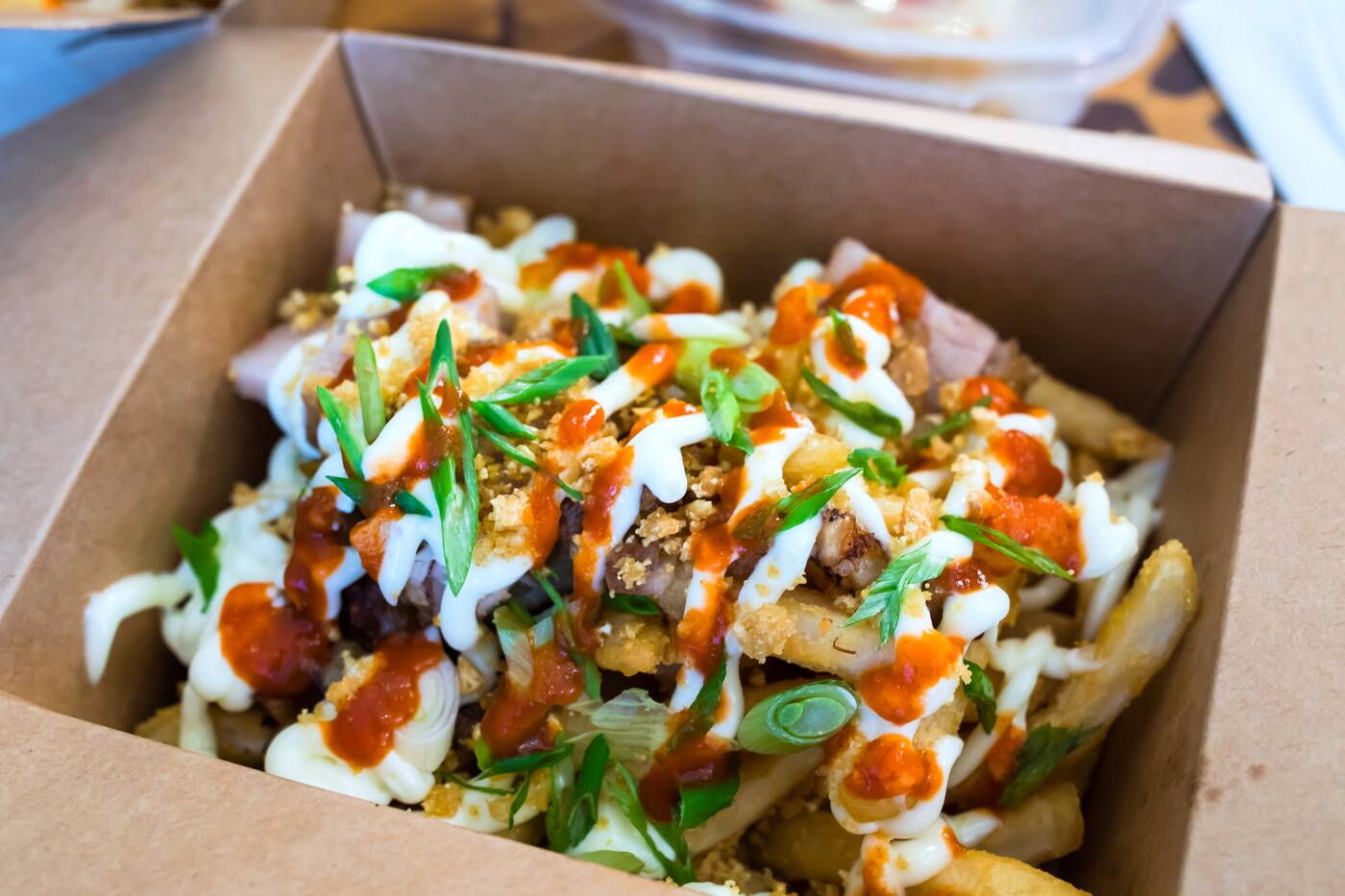 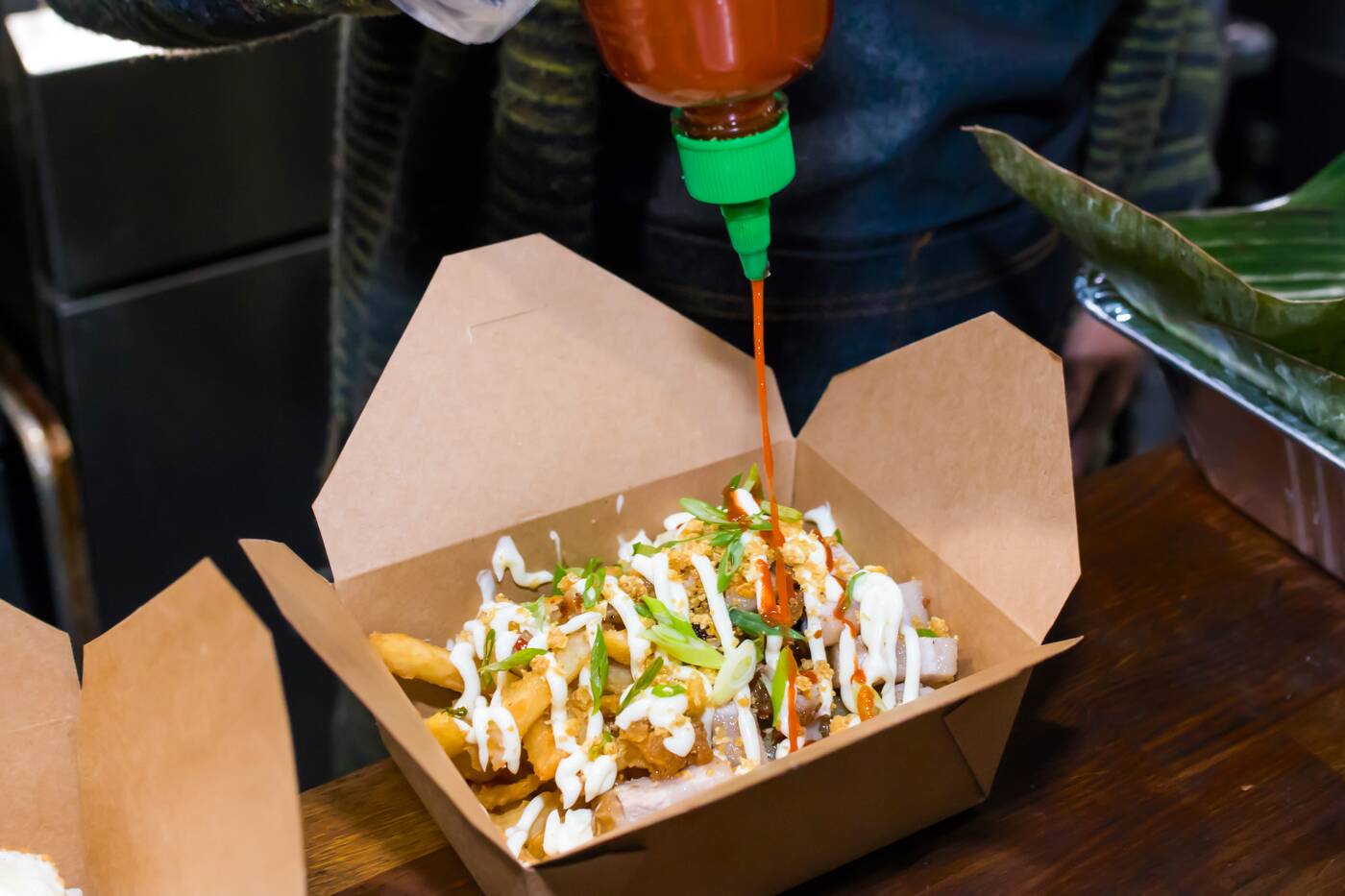 Made with offal meat, pork belly, chicharron and topped with garlic bites, mayo and sriracha, Joyce has dubbed it the Filipino Poutine. 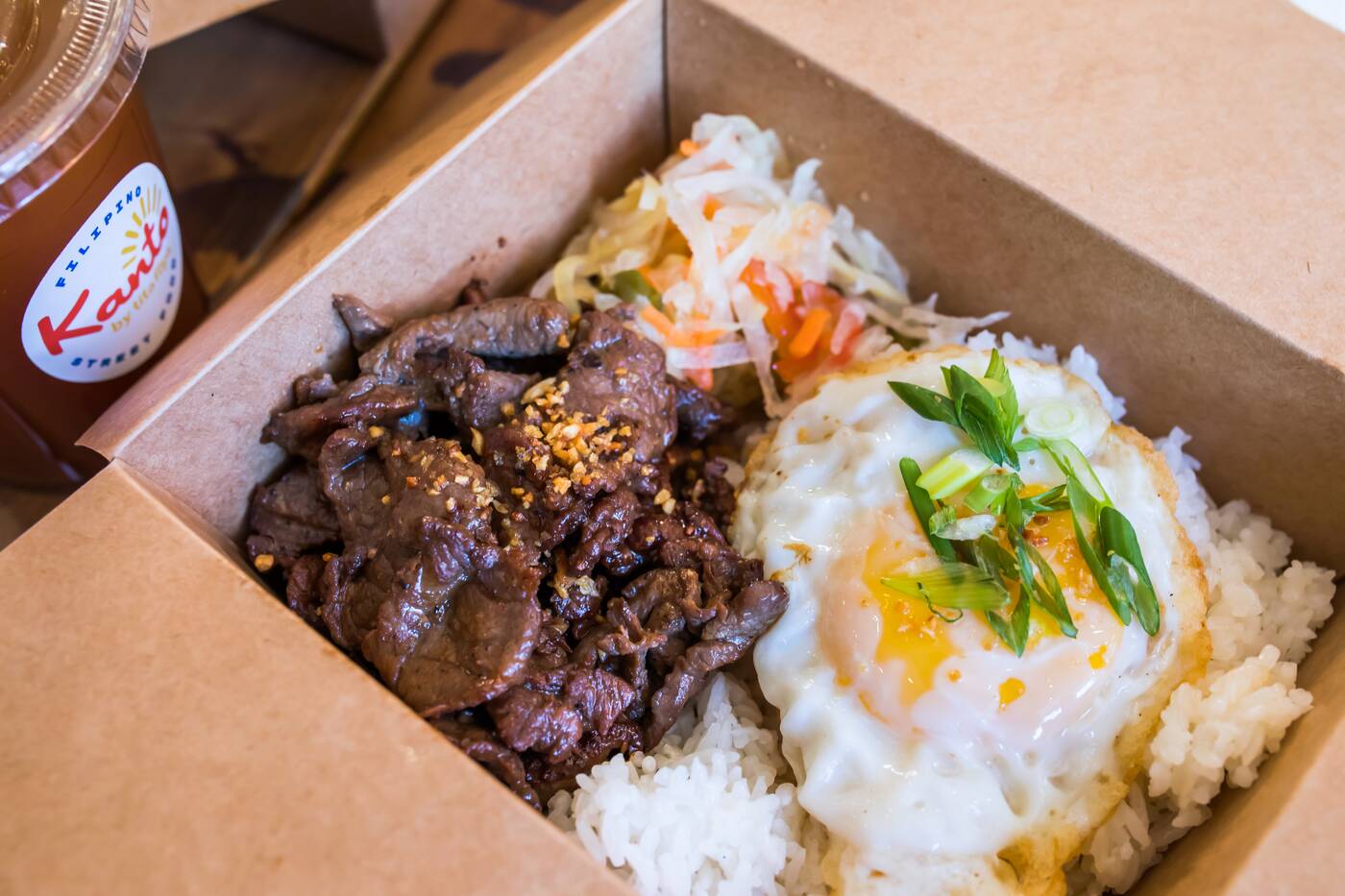 Tapsilog ($12) is also a notable dish of beef ribeye slices in soy lemon marinade, papaya slaw and a fried egg that's to be broken over the garlic rice. 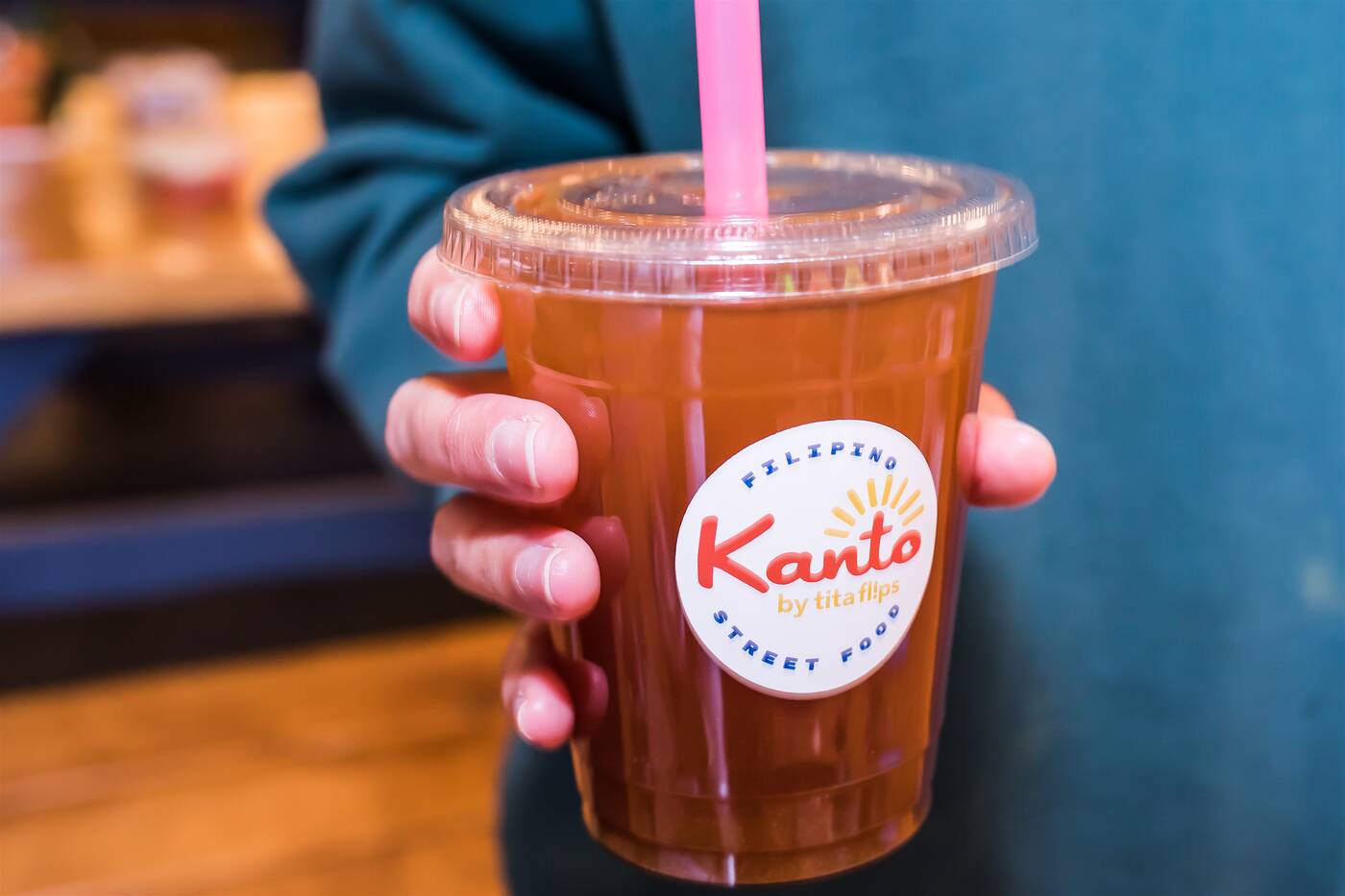 If you're thirsty, there's the house-brewed Orange Pekoe iced tea ($2) that's made with honey and calamansi, a tangy Filipino hybrid between a lime and a lemon. 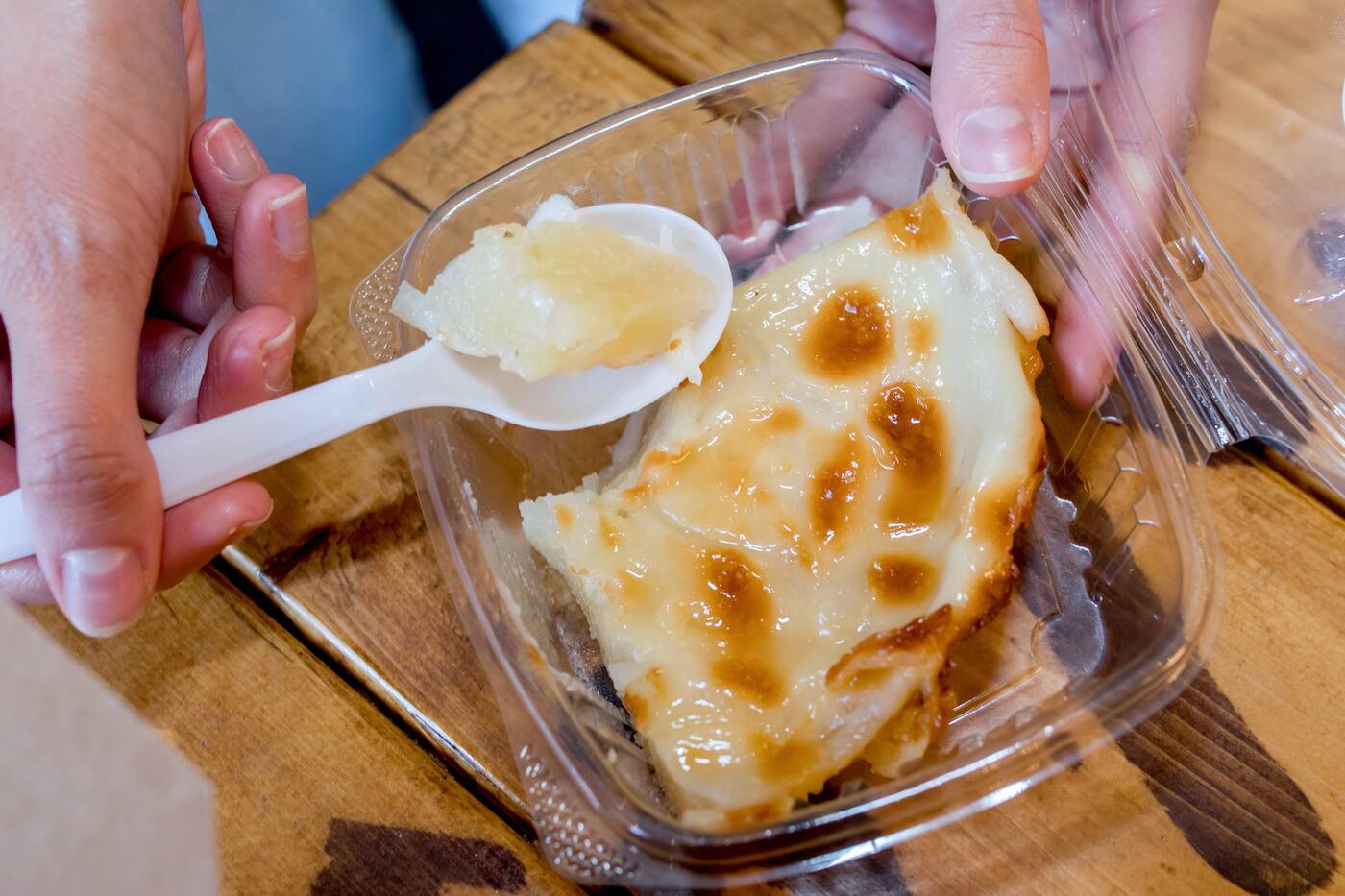 The Cassava Cake ($4 per slice) is made from grated yucca root with coconut milk, coconut strings and a custard layer on top for that soft and moist texture. 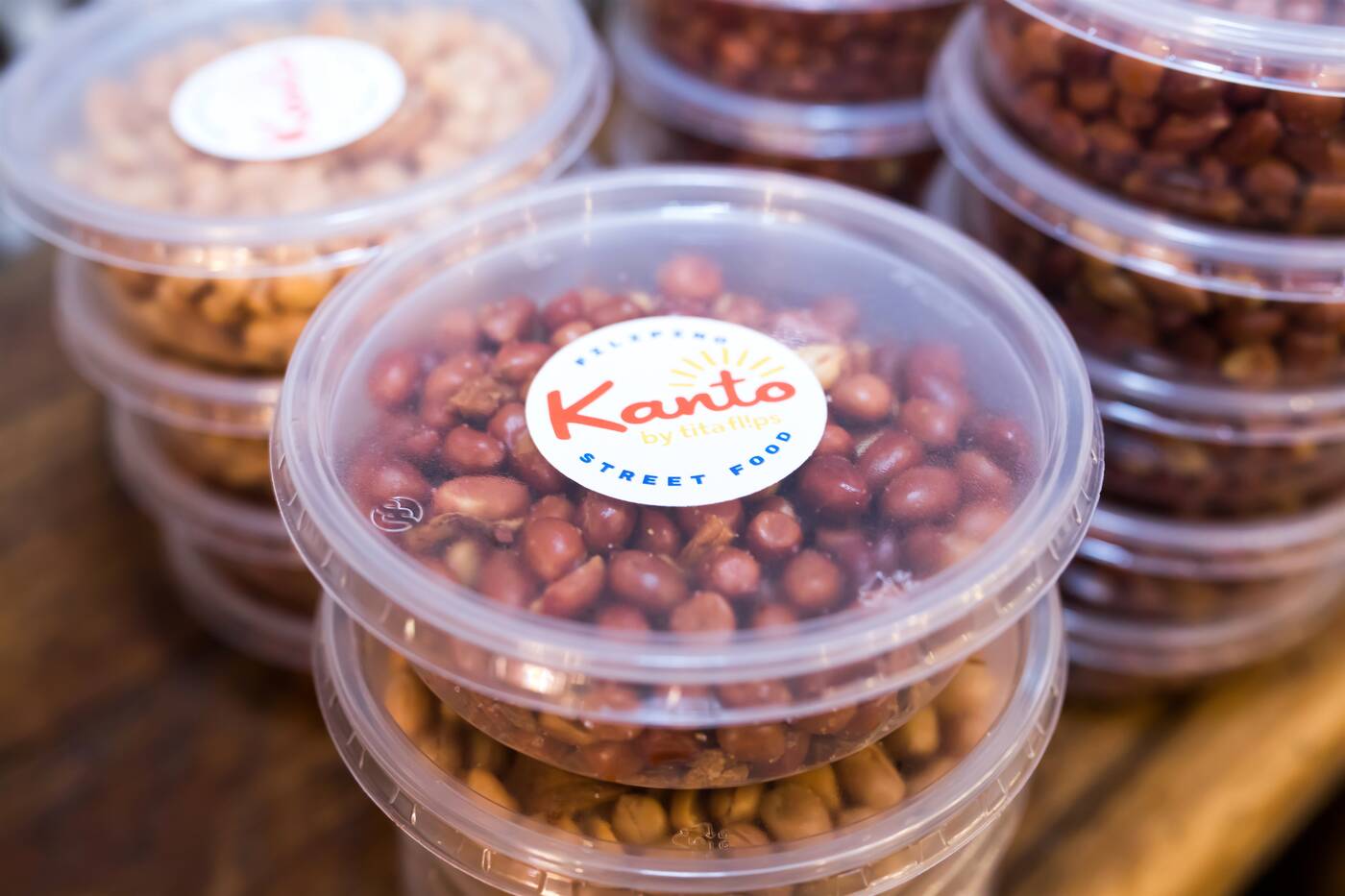 Joyce's mother, who's been a big part of the original catering business since it started in the Philippines about 40 years ago, makes homemade Garlic Peanuts and Peanut Brittle, a popular Filipino peanut candy that's sold in-store. 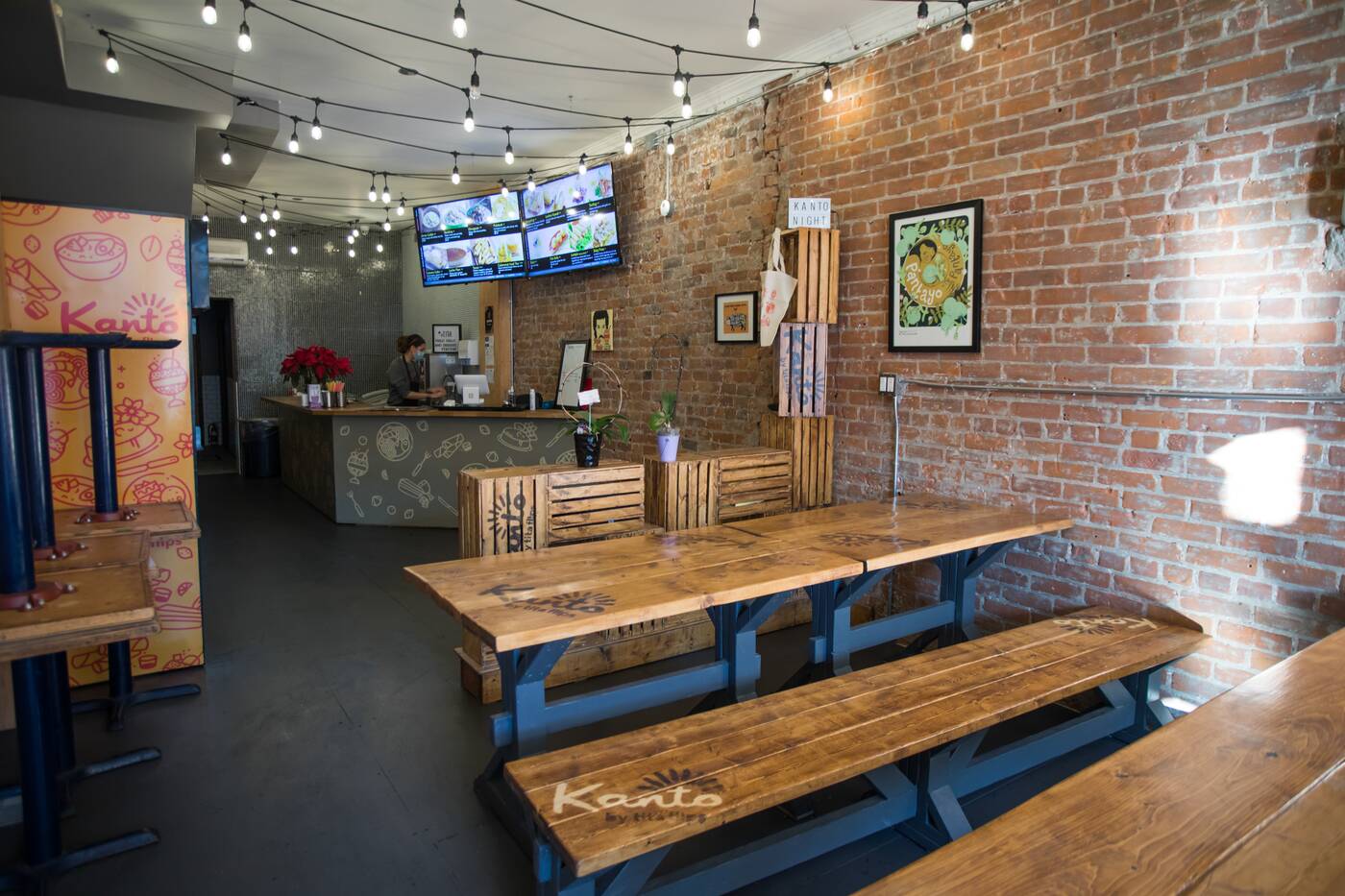 You can also pick up their garlic bits and suka or Filipino garlic vinegar sauce at the restaurant to add to your own recipes at home. 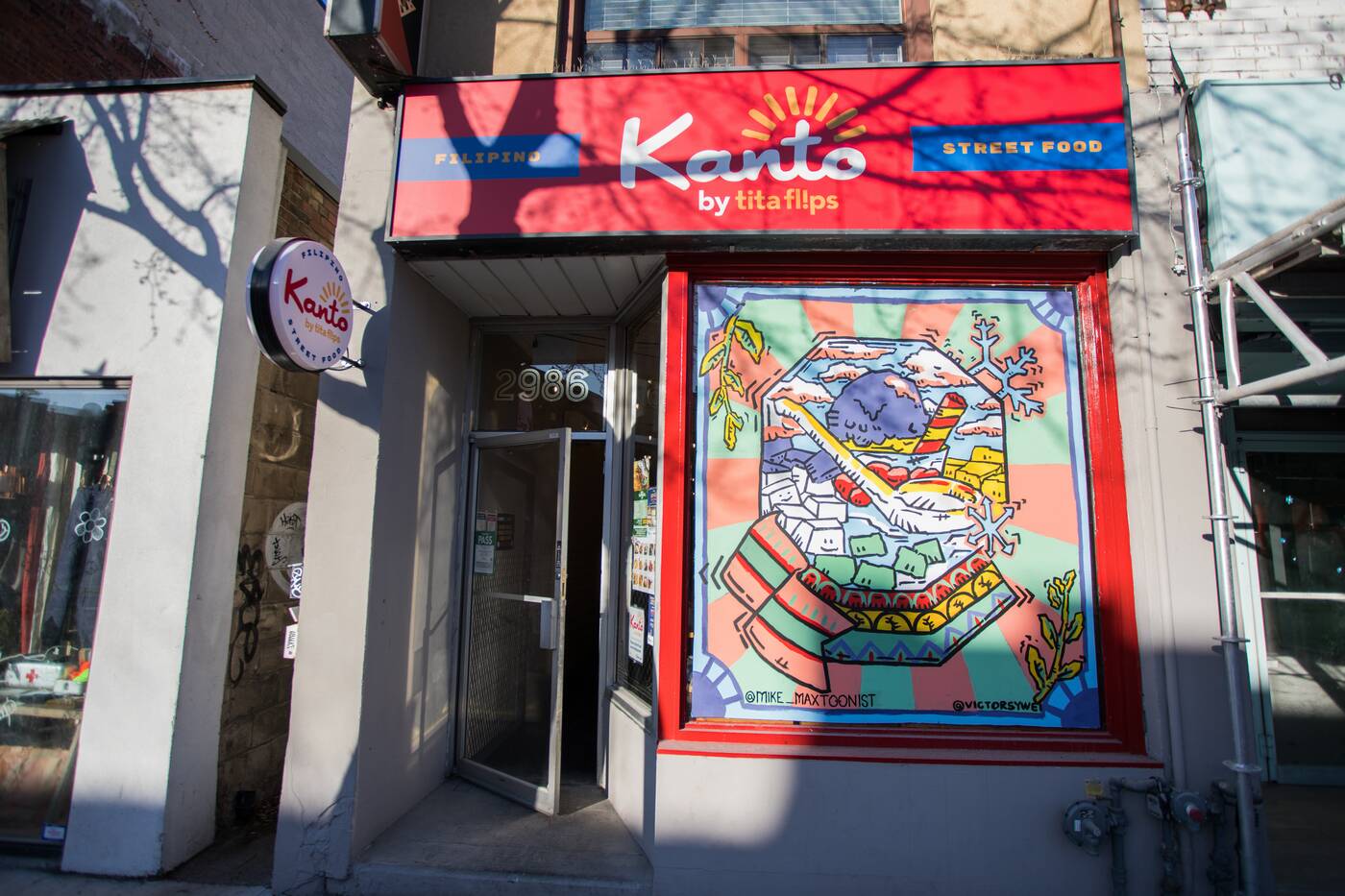