Johnny's Shawarma has been a source for all things shawarma, including mixed plates, wraps and poutine, since 1995.

That makes for a 26-year legacy, first opening at Yonge-Dundas close to the Sam the Record Man before moving to the corner of Kennedy and Ellesmere five years later where they've been solely located ever since. 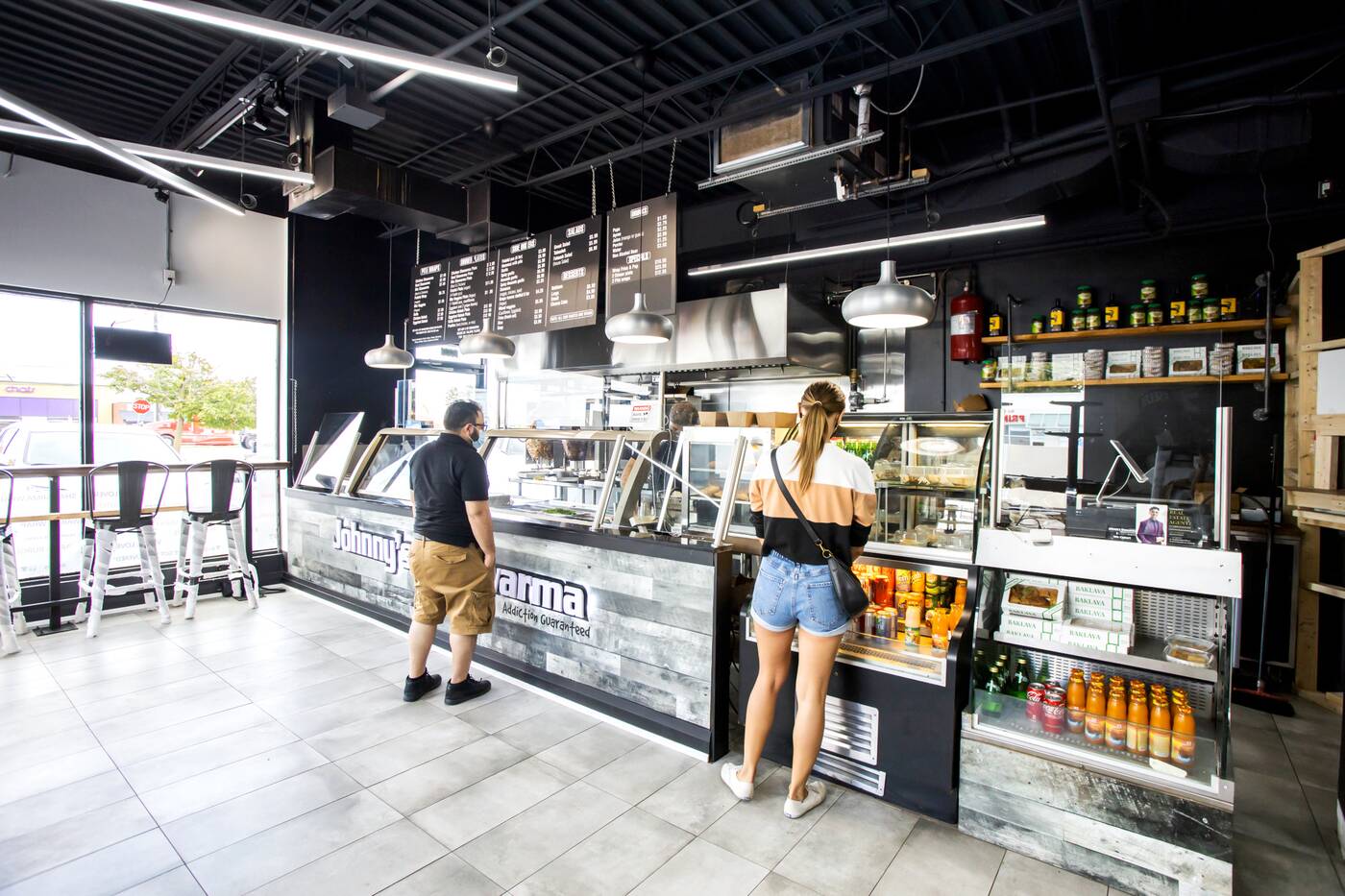 Tucked at the end of a shopping plaza and slightly overshadowed by a big DQ next door, this spot is fairly hidden, though that doesn't stop it from drawing a lineup most lunch hours.

A recent expansion provides plenty of seating with photos of Johnny and his wife's children on the back wall, a telltale of a family business. 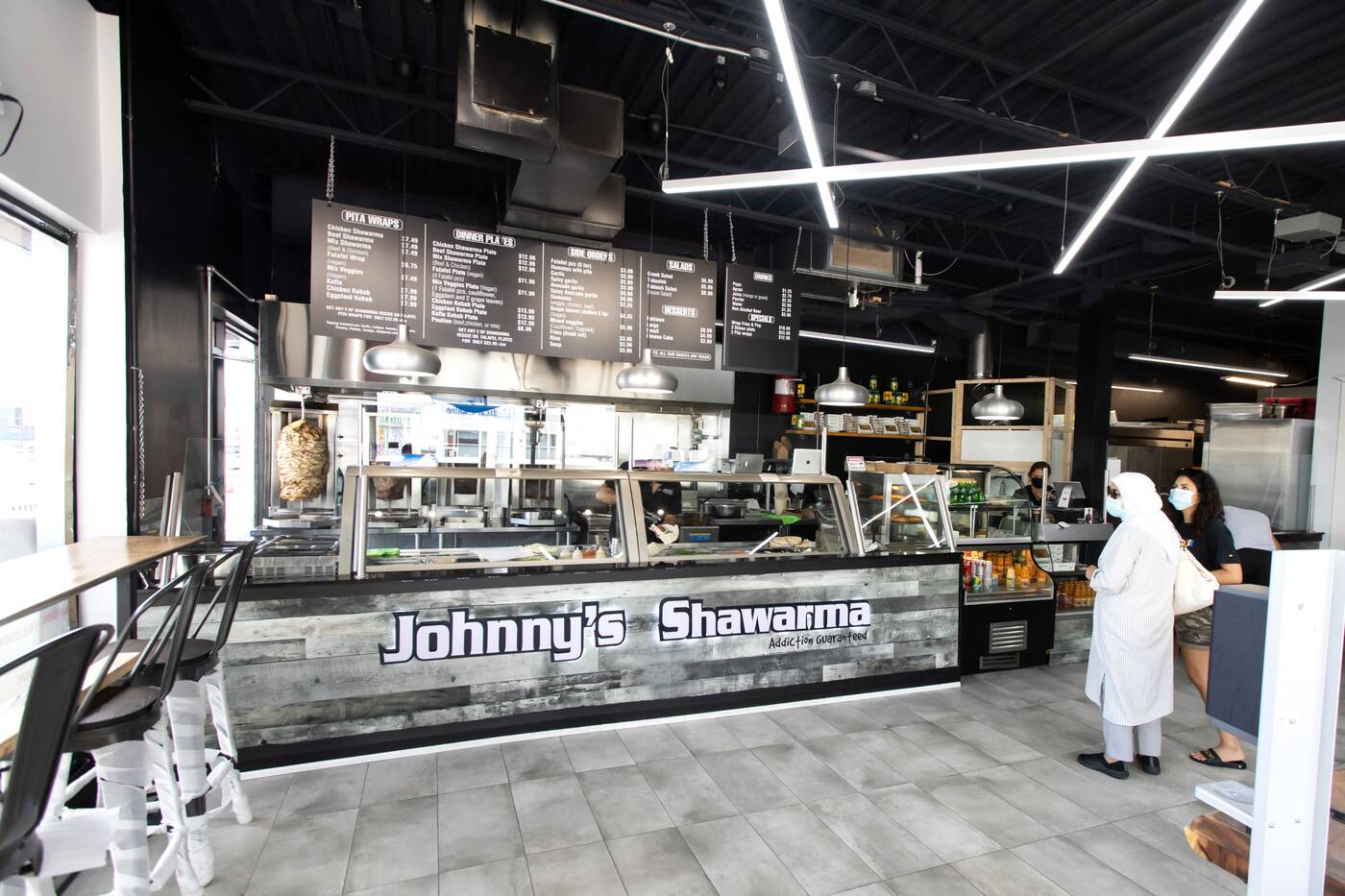 Johnny and Ani Iskandar met in high school following Ani's move to Canada in 1988 and Johnny's in 1990, both from the city of Beirut in Lebanon. The two of them were just 18 when they opened up shop.

Either Johnny or Ani will likely be the one to offer you a warm greeting should you stop in for some shawarma. 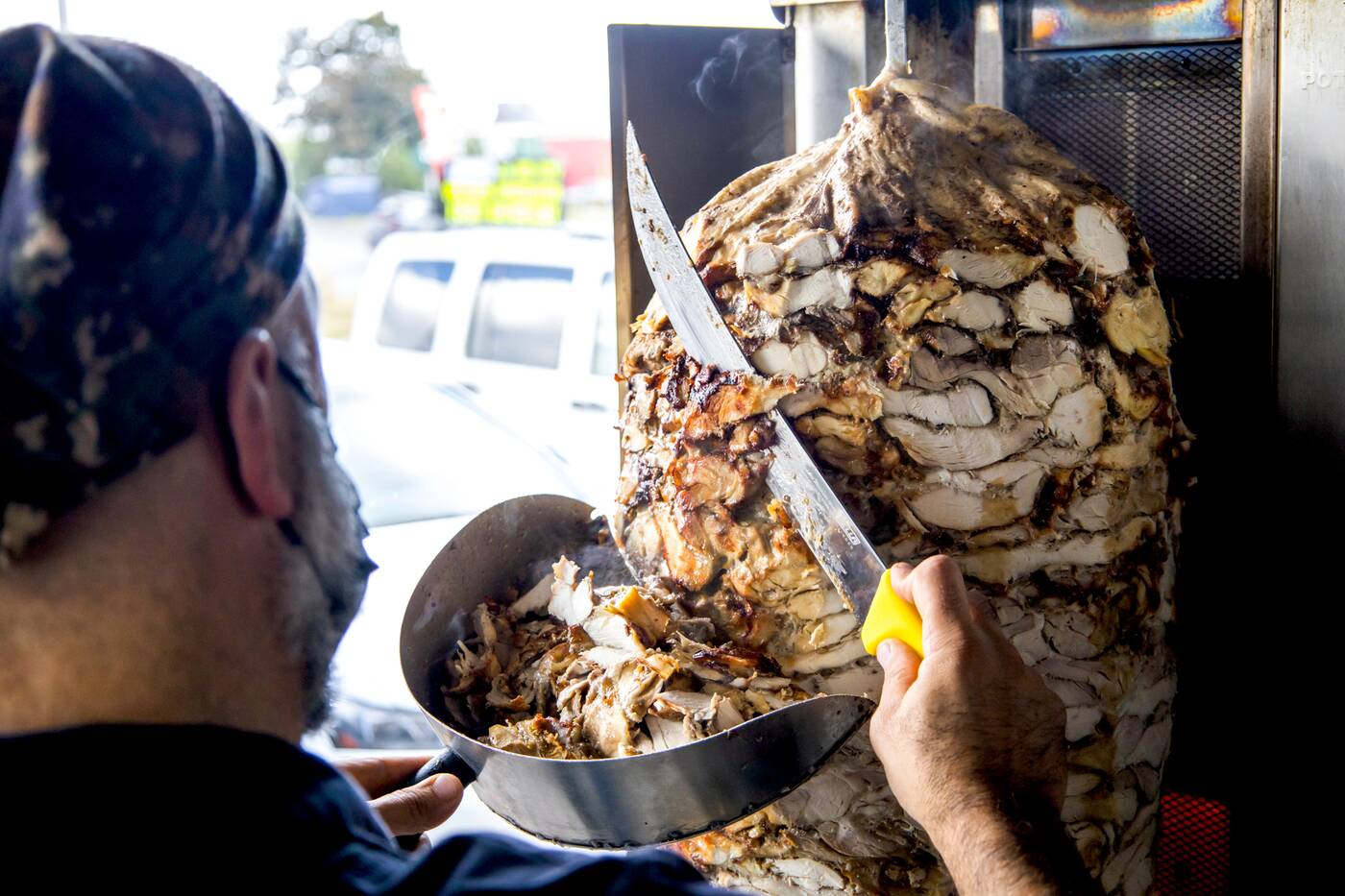 Two chicken and two beef spits are something else you'll find, slowly roasting and marinating behind the counter on any given day. There's no question, juiciness is a must when it comes to good shawarma meat and each spit delivers plenty of that when shaved. 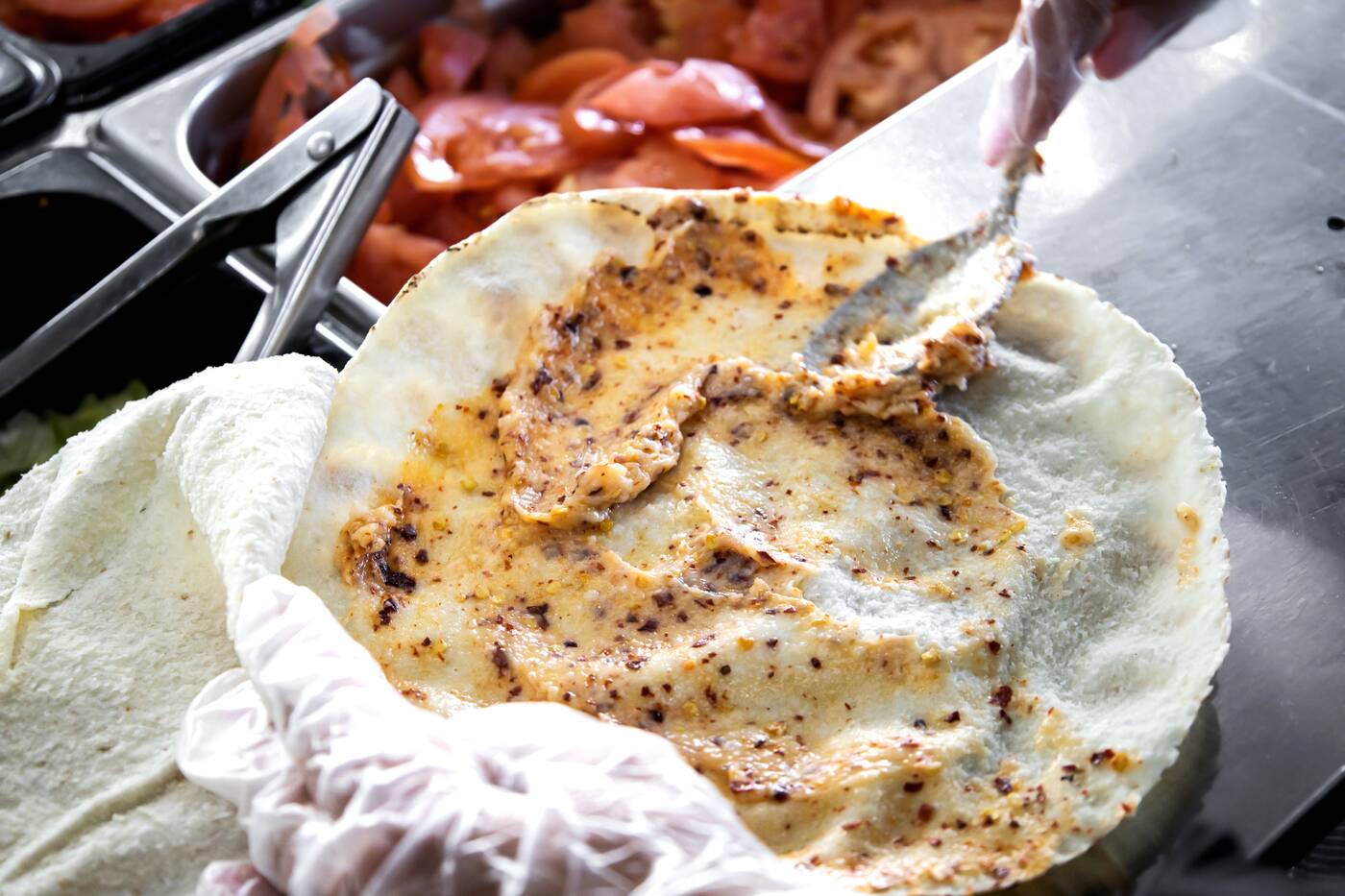 Garlic paste, homemade, vegan and delicious on just about any of the dishes here, comes in a few variations including spicy with chili peppers and avocado garlic with freshly smashed avocados. 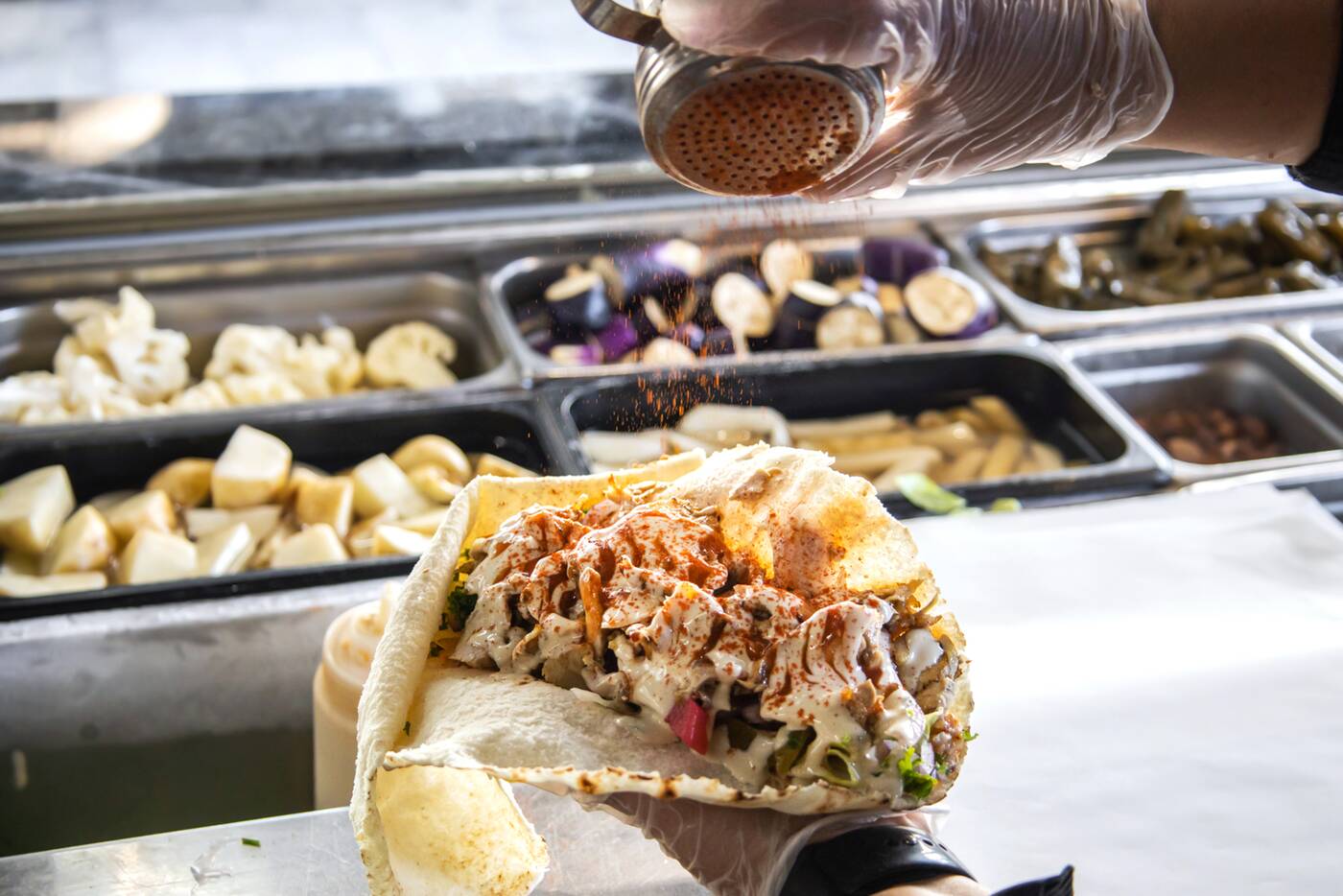 Frank's is about the only thing that's not made in-house. Their go-to hot sauce since the beginning, it brings the extra spice, that, and a sprinkling of Cajun. 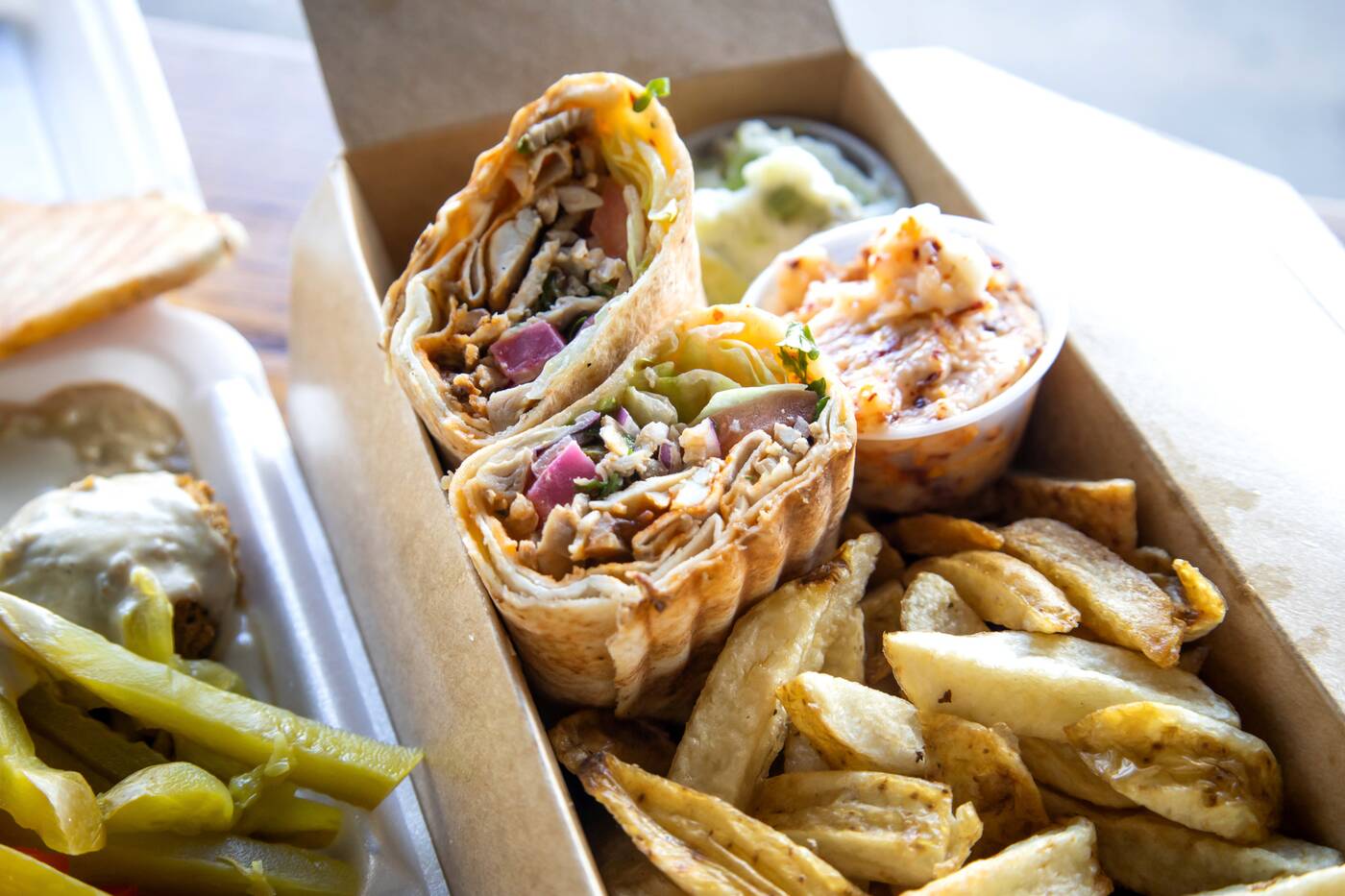 You choose from a selection of fixings for the shawarma wrap ($7.49), lettuce, pickled turnip, pickles, your pick of garlic sauce and tahini. All-day deals keep it pretty cost-effective like a wrap, fries and pop for $10.99 and two wraps for $12.99 for $1 savings on each. 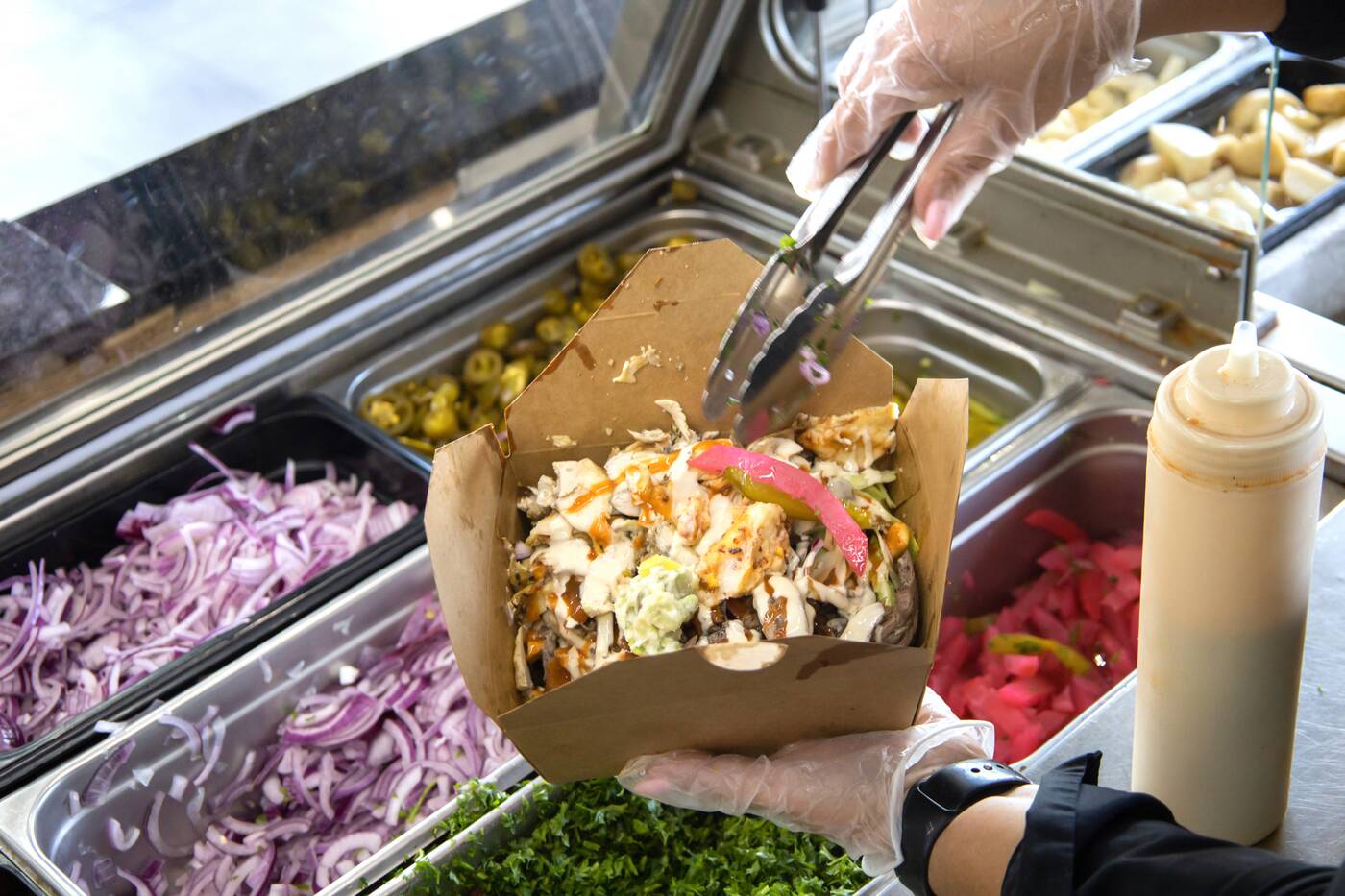 The hand-cut fries can also be made into shawarma poutine ($8.99). Cheese curds and gravy are traded in for tabbouleh, shawarma shavings and whatever other toppings you're feeling. 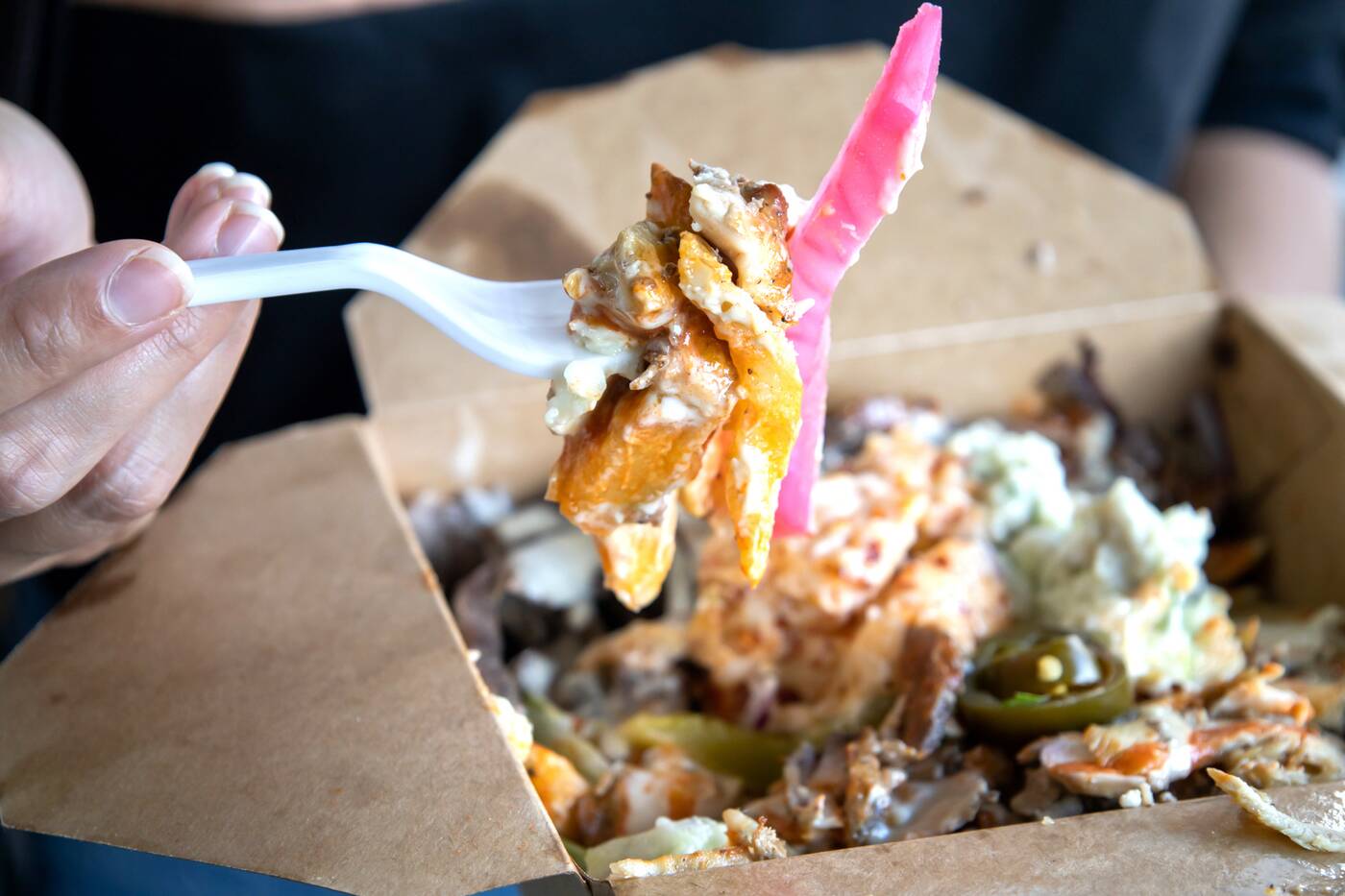 Although not your classic pita-wrapped lunch, the tasty flavours are still there just in a different form. 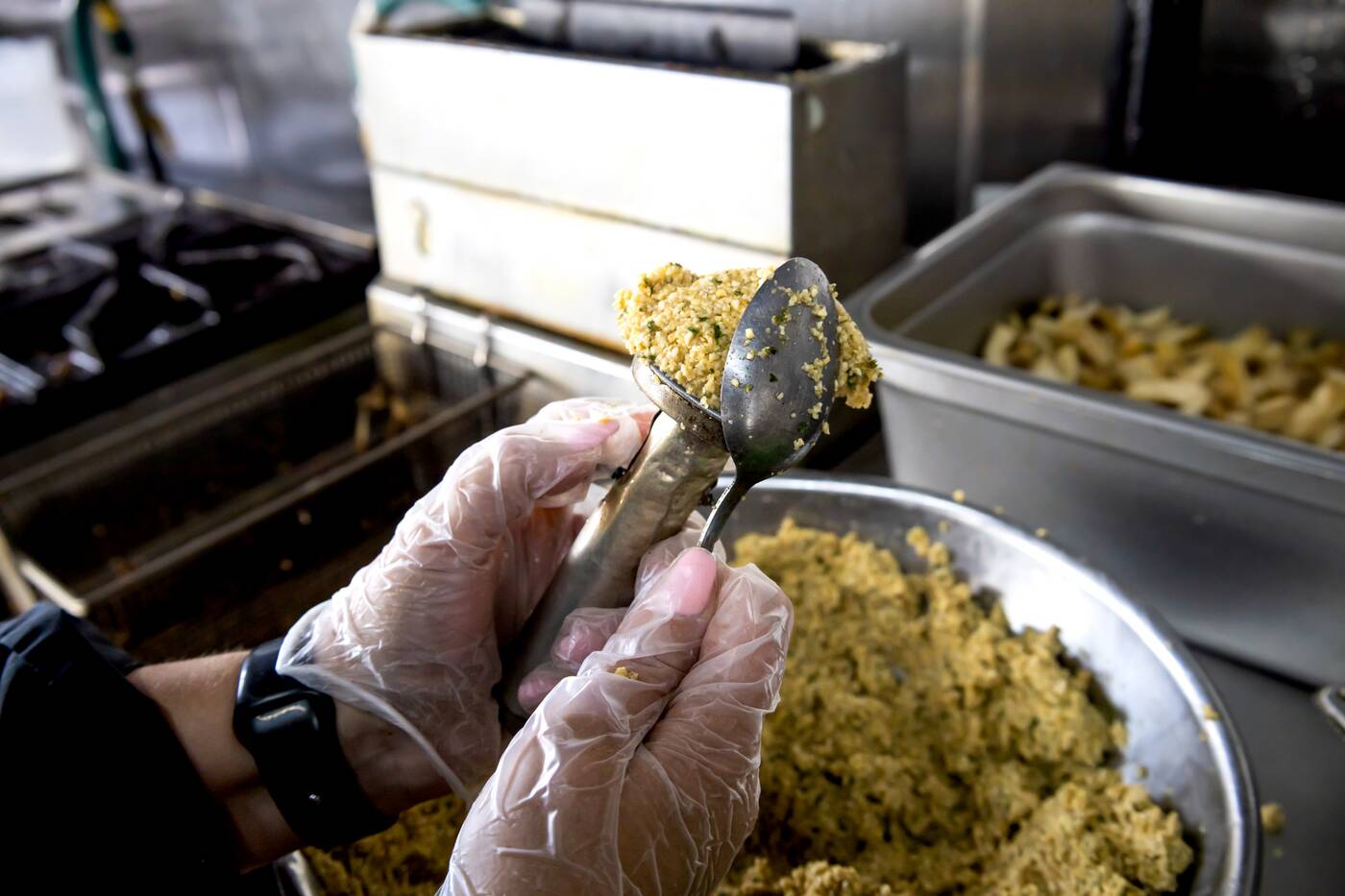 For the falafel plate, Johnny uses a falafel scoop to form each ball from a fresh made mixture before popping them into the fryer. 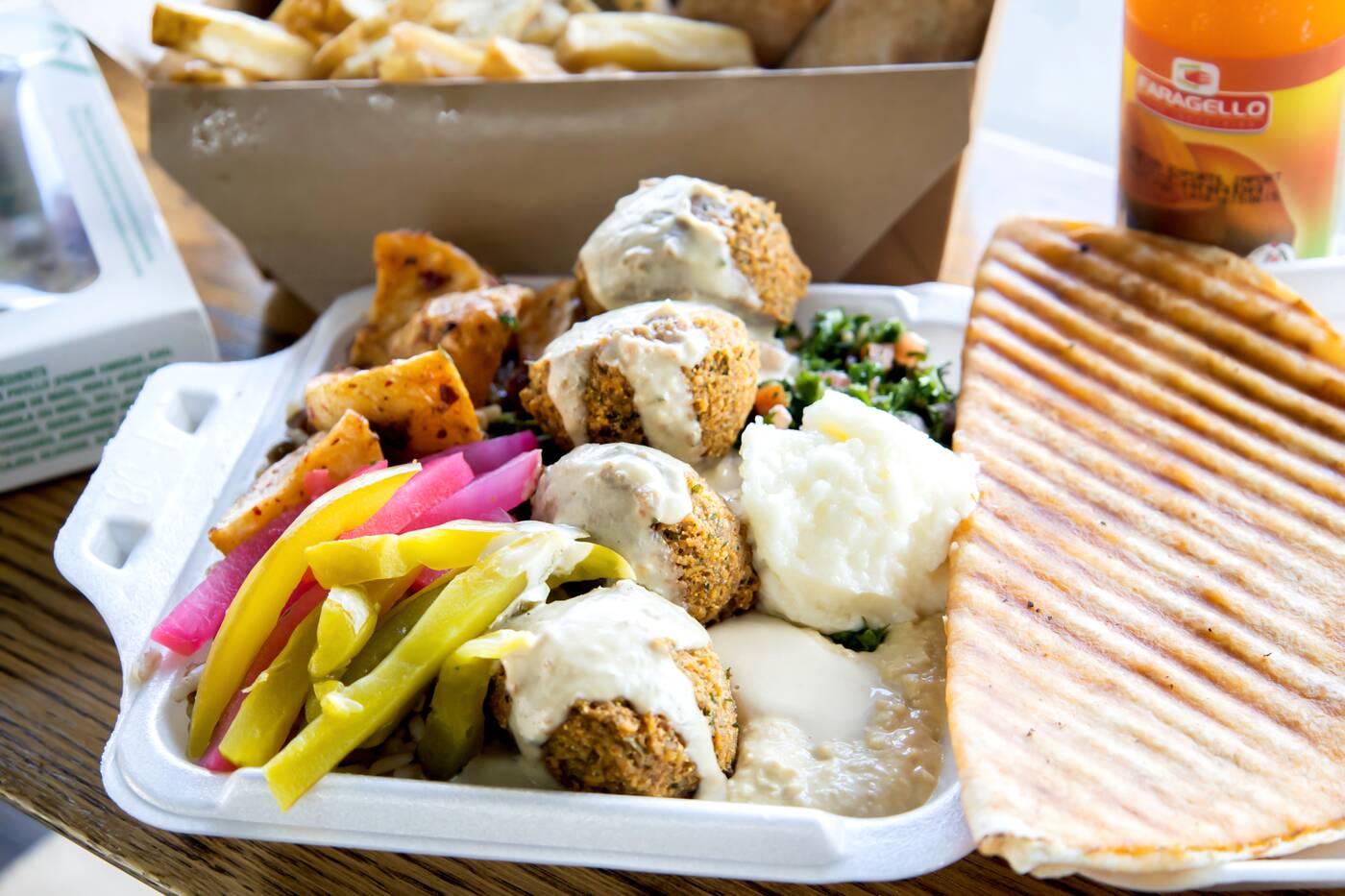 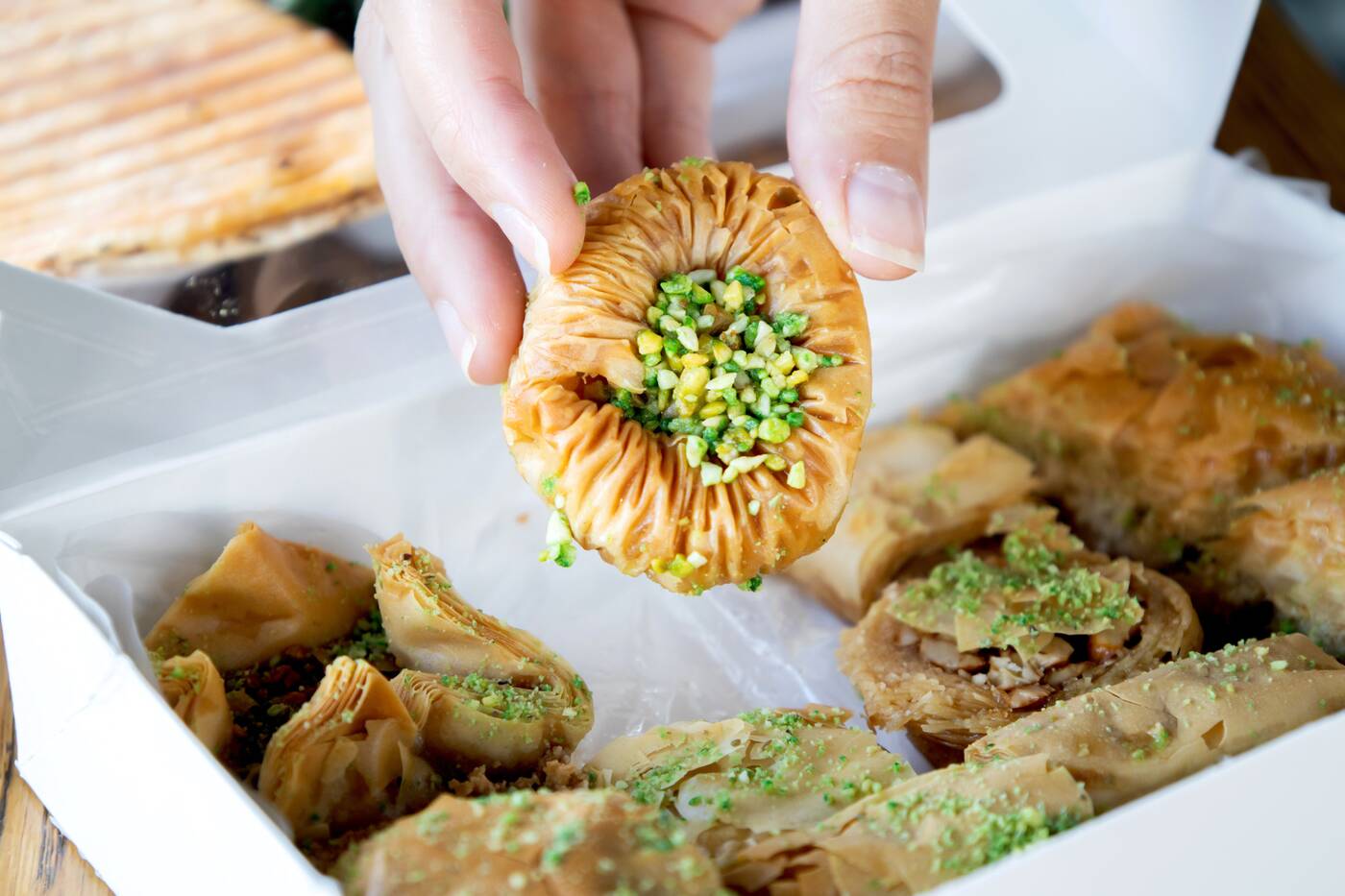 I can't skip out on dessert after a longtime customer waiting in line chimes in to recommend the baklava ($8.99). You can get a box full of this honey and filo pastry treat containing several slight variations. 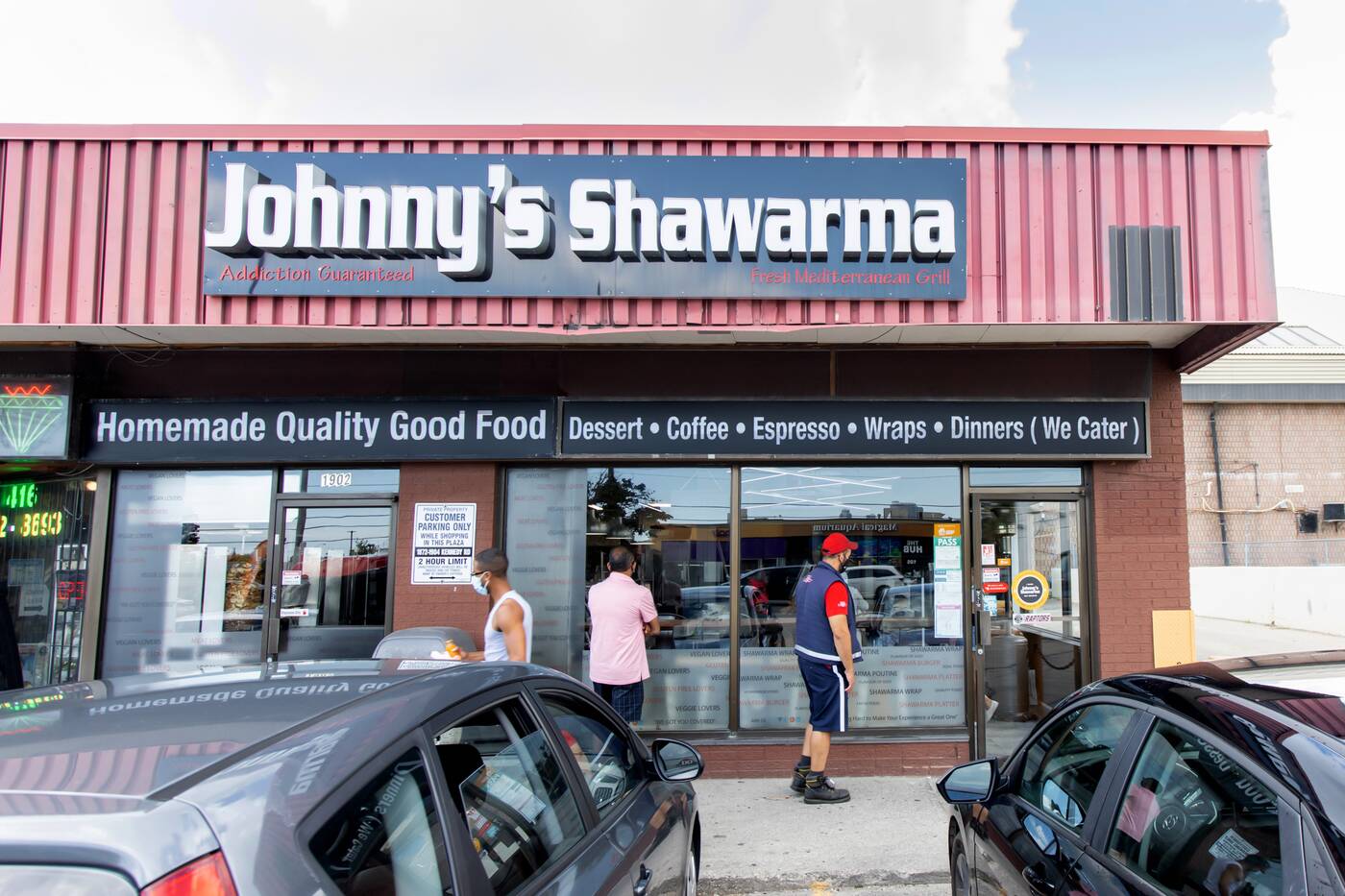