John & Sons Oyster House has just opened on Yonge Street south of St. Clair in the space you may remember from past incarnations as Terroni , and more recently, Divino . Gone are the wood ovens and stone walls--this space now triumphs lobster tanks, nautical man-tiques, and dockside decor.

Owner John Belknap knows a thing or two about oysters--he's clocked serious time with Rodney "The Oysterman" Clark . Here, Belknap brings the energy of this downtown staple to midtown diners, telling me that he wanted to open his own oyster house because of the energy that opening oysters creates in a room. 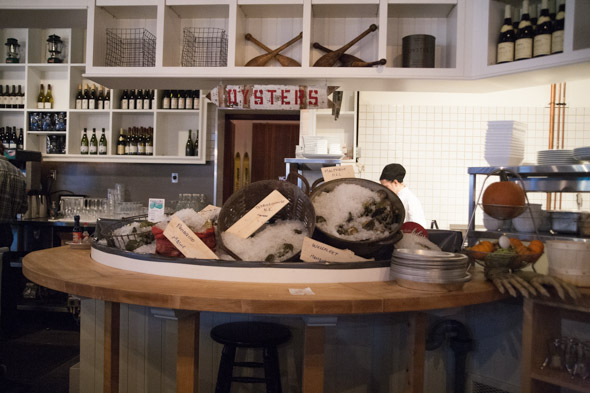 "As soon as it happens, the energy and dynamic of a room change; it's almost as if the energy of the sea is released into the air, and everything seems to become brighter." 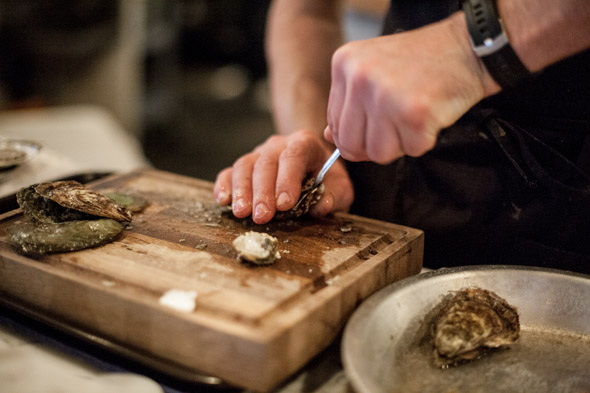 Inside, the front dining room features crisp white cabinetry that frames the well-stocked raw bar, and offers prime seating to enjoy both raw platters and cooked classics like the Oyster Rockeller ($12), which arrives smothered in wilted spinach, bechamel, bacon and parm. Though the oyster selection changes daily, on my recent visit 7 varieties were on offer, mostly from Canada, but with a few options from the U.S. 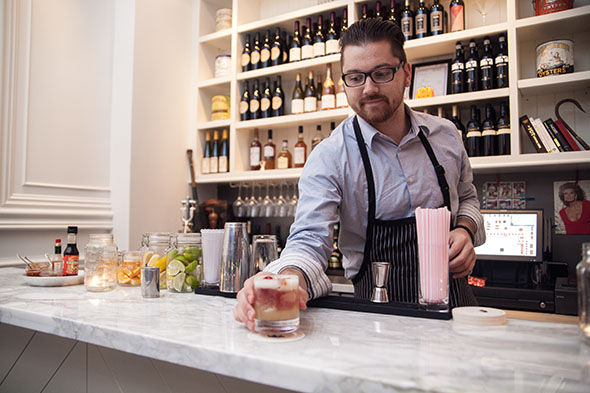 In the adjacent cocktail room, bartender Scott Avery pours tap beers, wines, and cocktails like the New York Sour ($12), which is a play on a classic whisky sour, dressed up with port and bitters. 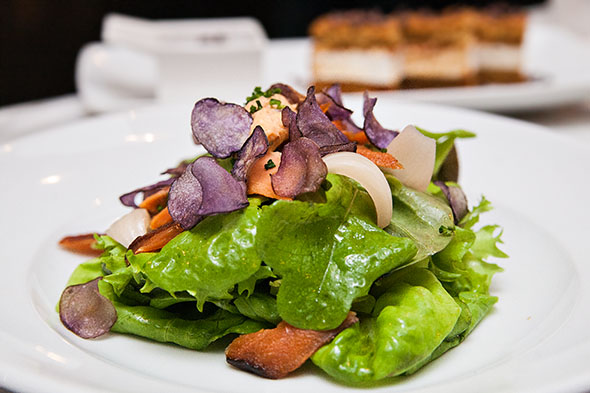 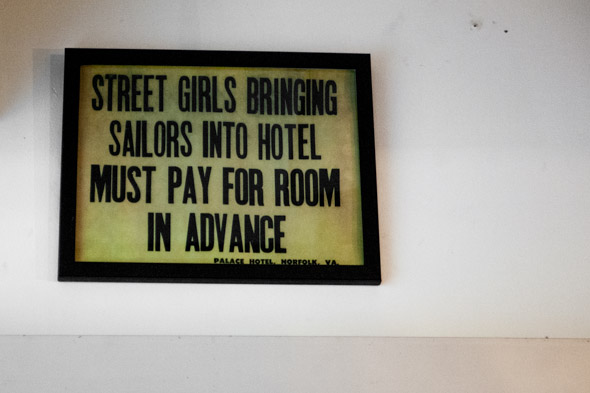 The Autumn Heirloom Salad ($12) takes advantage of the season with a colourful offering of roasted pink beets tossed in Pernot and Champagne, and served with apple vinaigrette-dressed baby kale, then piled high with julienned gold beets, goat cheesecake, and spiced seeds. 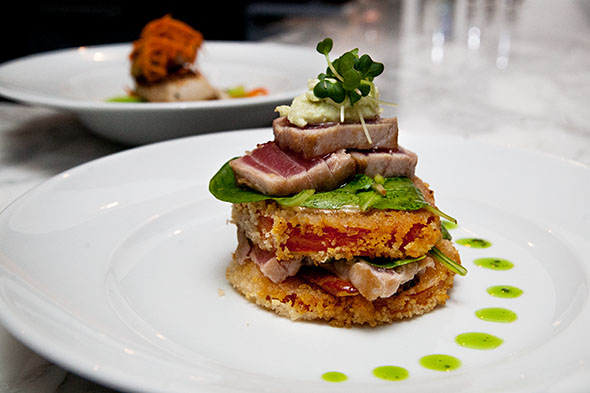 The Tuna BLT ($24) does away with the bread and instead sandwiches seared Yellowfin, maple miso-glazed pancetta and spicy tomato aioli between panko crusted tomato slices that are then topped with edamame horseradish cream. 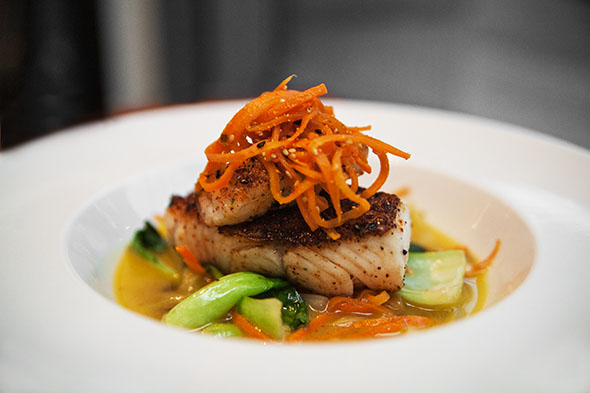 For those looming colder days, the Japanese-inspired Black Cod ($25) arrives steaming hot and showcases pan-roasted fish served on a bed of Asian veggies in a ginger-scented bonito broth. 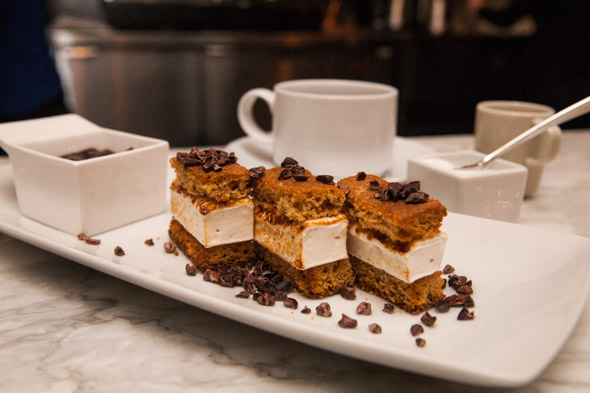 The dessert menu features low-brow favourites made elegant through beautiful plating and housemade ingredients, such as the Smores ($8), assembled with house-made marshmallows, graham cracker crumb cake and dark chocolate cream.

John's sons are only 2 and 16 months old so they won't factoring into the business anytime soon, though he envisions working alongside them one day. For now, GM Ryan Johnson (it almost works) and a team of enthusiastic staff hope to charm the locals with convivial service, and build their own midtown oyster institution. 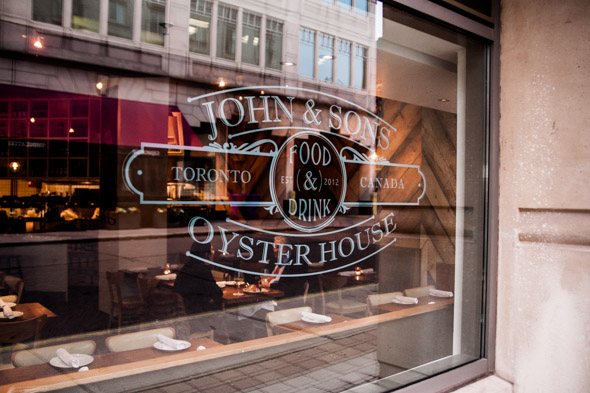