I Went to Philly

I Went to Philly opened up just over a month ago in the high-traffic area of Yonge and College [ UPDATE : The restaurant has moved to 997 Eglinton West]. In a straightforward move, the name tells the whole story: the Stevenson family went to Philadelphia (visiting the ever-famous Pat's and Geno's ), and fell in love with the Philly cheesesteak sandwich.

When I stop by, Julie and Jack Stevenson, the owners of the shop, aren't around, but I'm told they come in early every morning to prepare everything fresh for the day. Their sons Frankie and Peter, and nephew Da Vinci man the counter and kitchen well into the night--which means 10pm on weekdays, and 3am on Fridays and Saturdays. "Sundays we're closed," Da Vinci tells me, "we all go to church, and we're all in the choir." 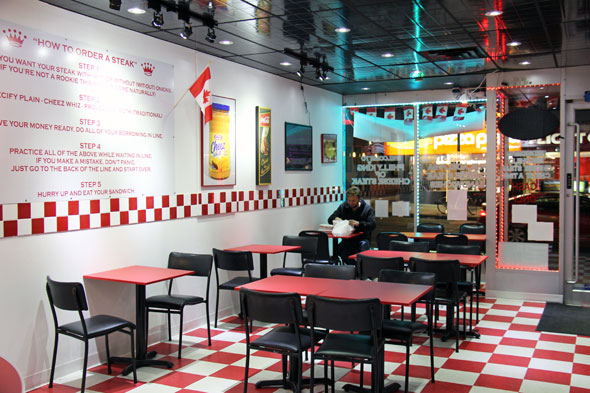 "There's no place in Toronto that really offers Philly cheesesteaks. It's on the menu sure, but you go to a pizza place, they serve pizza; a burger place, they serve burgers. There aren't really any Philly cheesesteak restaurants," Da Vinci says. Julie and Jack (a former car salesman) were already looking to open a restaurant, but they weren't sure what form it would take. "Once they tasted it, they knew this was it." 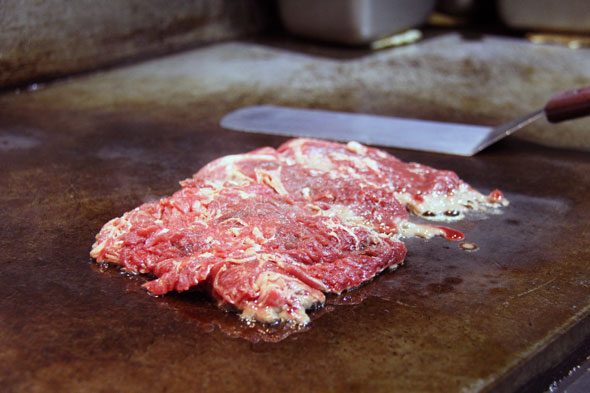 The interior is a nod to the American origins of the sandwich--with a wall covered in American dollar bills--but there are some Canadian flags hanging around the place. The restaurant itself is fairly small, with less than a dozen tables, but during my visit, it seems most of their patrons are of the grab 'n' go variety.

There are four options for sandwiches, and for each, you should specify whether you want "wit" or "wit-out" onions. We both opt for the Works ($8.65)--each sandwich down the menu is essentially adding an ingredient or two, and the Works is the pinnacle of the shop's concise menu. Everything is grilled before your eyes on their large griddle. A hefty chunk of ribeye is laid on the grill, tossed in salt, pepper, and the shop's secret stock made from jus and spices. A touch of soy and Worcestershire sauce finish it off. Fresh mushrooms and onions are then tossed in, and the bun is laid facedown to marinate briefly in the meat's juices. 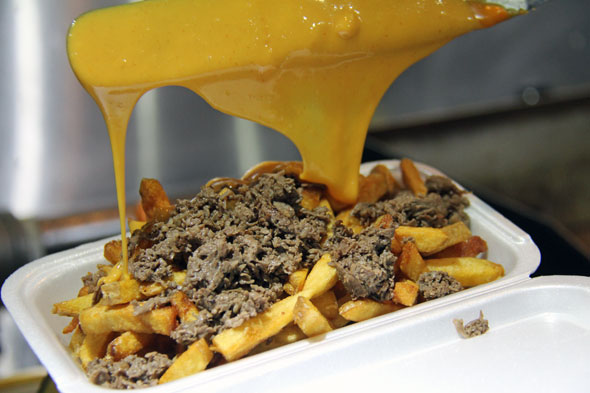 It's a beautiful sandwich. The white Italian bun is soft and holds up against the weight of its filling, the steak is cooked and seasoned perfectly, and there's an ample supply of vegetables. My one complaint comes out of a misunderstanding. We ask for provolone instead of Cheez Whiz (for reasons I'll outline below), but we're told that the sandwich comes with provolone already--and there, the conversation ended. I should've pressed further, but I was actually curious. Unsurprisingly, provolone's particular delicate flavor is completely subsumed by that strange, plastic Cheez Whiz taste.

A hot pickled cherry pepper comes on the side of each sandwich, and I'd recommend springing for some extras ($0.75). They offer a tangy respite from the richness of the sandwich. 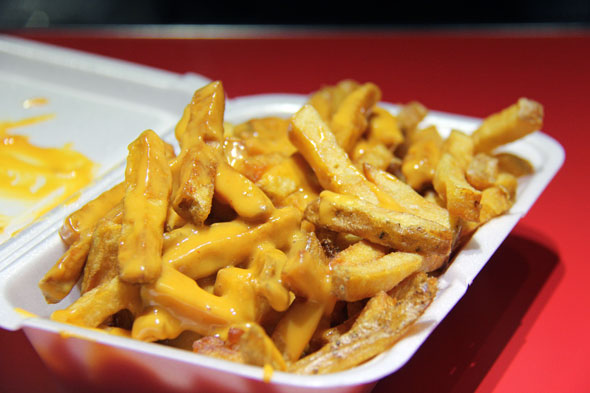 Let's talk Cheez. It's everywhere--in two deep, intimidatingly large vats on either side of the grill and displayed in gargantuan jars around the counter--and comes on everything, from the sandwiches, to the cheese fries, to of course, the cheese steak fries. As a full disclaimer, not even as a tyke did I appreciate Cheez Whiz.

The fact that it was developed by a food scientist, and first saw the light of day in the not-especially-stringent-with-food-guidelines, but deeply-fascinated-with-nuclear-energy '50s always made me suspicious that it was intended to provide sustenance for the irradiated survivors of a nuclear fallout. 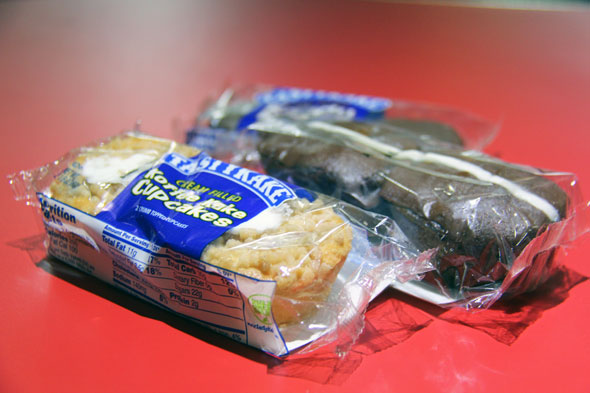 That said, Cheez Whiz is indeed commonly used in cheesesteak sandwiches. The first ones, arriving on the scene in the '30s, were either sans cheese (which is also an option at I Went to Philly) or offered with American or provolone cheese, but it's since become a standby, possibly for its ease of use. At I Went to Philly, the vats are heated so the Cheez Whiz can be drizzled over top of, well, everything, at the perfect temperature.

The fries themselves--made fresh from Yukon gold potatoes, well-salted and perfectly fried--are incredible, but I do find myself scraping off the Cheez Whiz (despite having been game to try it a few minutes earlier) on the cheese fries ($3.65). The cheese steak fries ($5.15) somehow fare better--the beef more or less masks the Whiz. 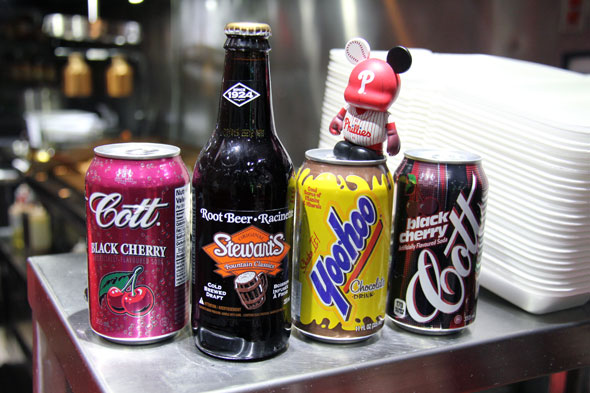 Dead-set on bringing a slice of authentic Americana to Toronto, they even offer Yoo-Hoos ($2.50), which are unavailable in Canada. The chocolate drink is heat-sterilized so as not to spoil, and comes in a can but is non-carbonated. It, too, is a throwback to the heyday of America, and hails from 1920s New Jersey. You'll also find Stewart's and Cott's sodas, and TastyKakes (also from Philadelphia) for dessert. 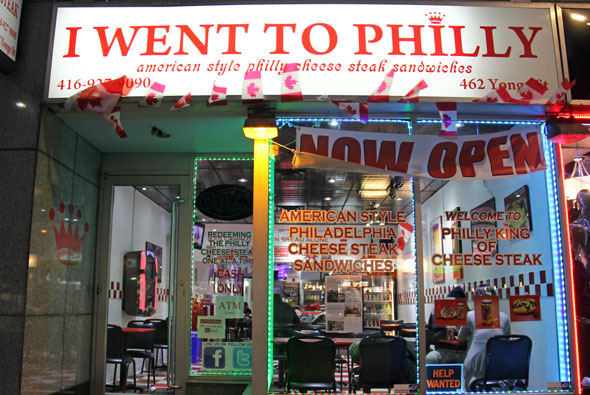 "We're not a franchise, or based off of anything else," Da Vinci tells me. "We're a family restaurant."