Hopgood's Foodliner serves such impeccably executed fare that I scarcely realized the last time I had crab dip so delicious was at Aunt Dolly's church potluck. While the restaurant's name references a grocery store owned by the executive chef's Maritime grandparents, the offerings aren't strictly tied to his Nova Scotia background. The hospitality, on the other hand, is. After our meal, Hopgood paused from expertly wrestling a pig carcass in the kitchen to bring us some house-made milk liquor and share some future plans for the restaurant. 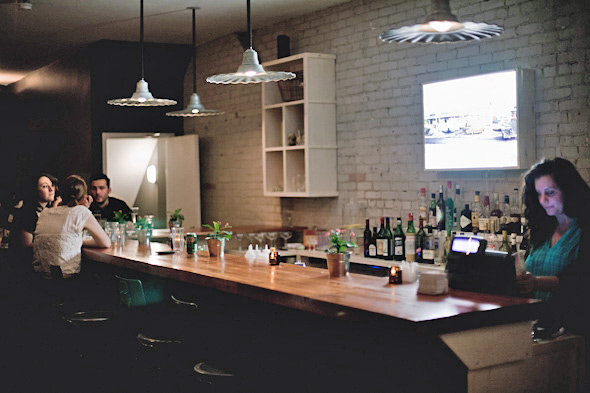 The simple menu lists meat and seafood options, void of the excessive details that can have you tripping over your adjectives as you attempt to order. What wasn't evident was clarified by our waitress, who was excited enough about the charred broccoli that I knew immediately that I had found a kindred spirit. 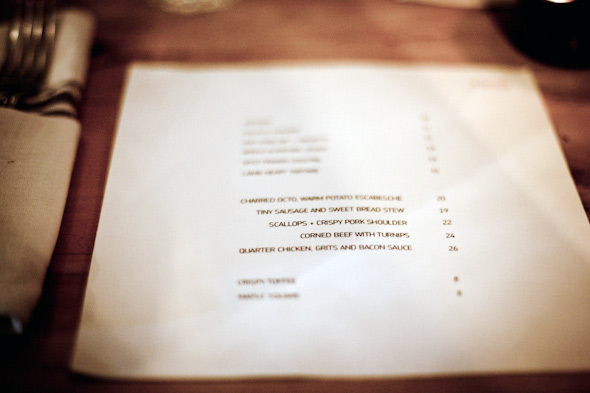 We started with the donairs, which are imprinted in my childhood memories as having the magical appeal that many kids feel about hamburgers. I can say with certainty that these were authentic and every bit as delicious as I remember from growing up in Nova Scotia. Two chewy, house-made pita breads, piled with beef and pork cooked on a vertical spit, topped with chopped onions and tomatoes and a sweet garlicky sauce made with evaporated milk ($12). 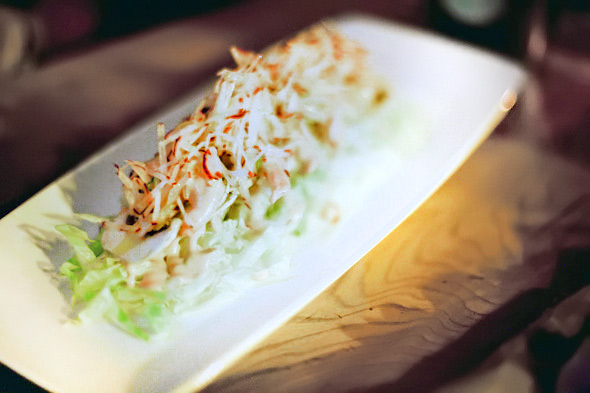 Next, we tried the spot prawn cocktail ($15) which was served chilled on chopped iceberg lettuce and radishes, with sliced button mushrooms and a mild and creamy Marie Rose dressing. The last time I had this dish was definitely at a potluck. It seemed a bit surreal to be munching on it in this sleek, urban space and without a molded gelatin marshmallow salad to accompany it, but it was also great. 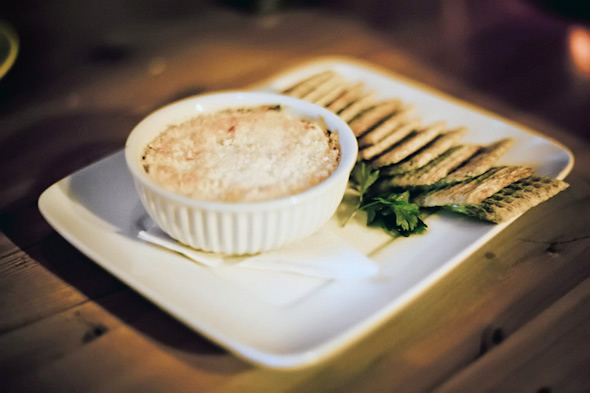 Right up there with Tupperware parties and smocking, the hot crab dip was classic throwback to 1985 (and before) domestic bliss. Creamy and rich with a delicate crab flavor, it was topped with bread crumbs and served with warm Triscuits. It struck us as slightly humorous to be served crackers on a $15 platter, but the irony of elevating simple, peasant flavors to a high art status has been working since van Weber spun folklore melodies into German opera, so why stop now?

Hopgood's take on the classic boiled dinner was superb: thick slices of corned beef, presented with turnip served four ways (see lead photo): raw and slivered as a garnish, roasted, greens and pureed ($24). The corned beef tasted faintly of star anise and cinnamon and was tender and rounded in beef fat, "as it should be," in the words of our hostess. 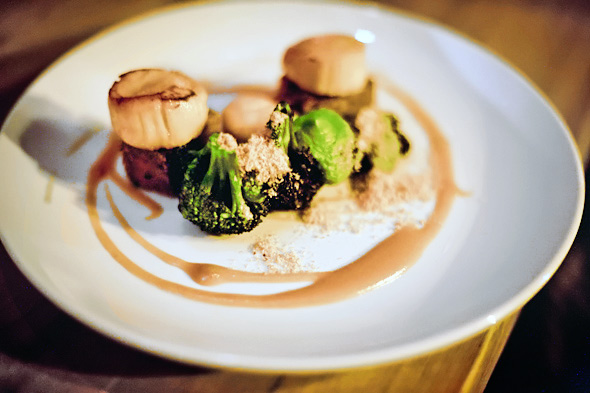 Allegedly inspired by a Seinfeld episode, the scallops were paired with a few chunks of pork shoulder, reduced to cubes of chewy, delicious meat ($22). While the scallops were quite large — and admittedly well-executed — they were sourced off the coast of British Columbia. All things considered, it might be nice to use Digby scallops. This dish was drizzled with honey mustard, sprinkled with almond dust and garnished with broccoli, both charred and pureed. 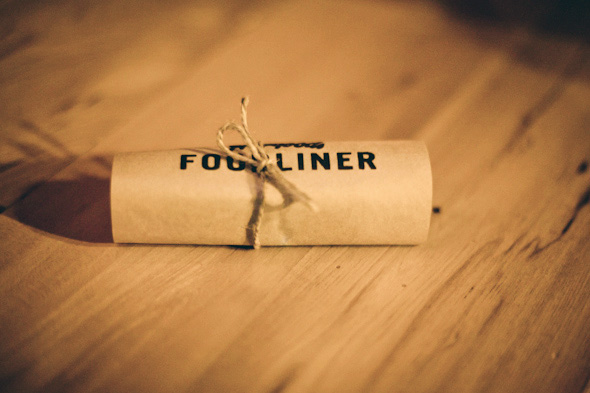 We finished with the crispy toffee bar ($8), which arrived at our table in a brown paper package, tied up with string. This little bundle of joy was a Rice Krispie bar, layered with soft toffee, dipped in white chocolate and sprayed with cocoa. It creatively combined elements of trailer-park goodness, executed with the precision of a dedicated professional.

Assured that the menu will change seasonally, based on fresh produce grown on a farm outside the city, I have every intention to return to Hopgood's Foodliner for my East Coast comfort fix. 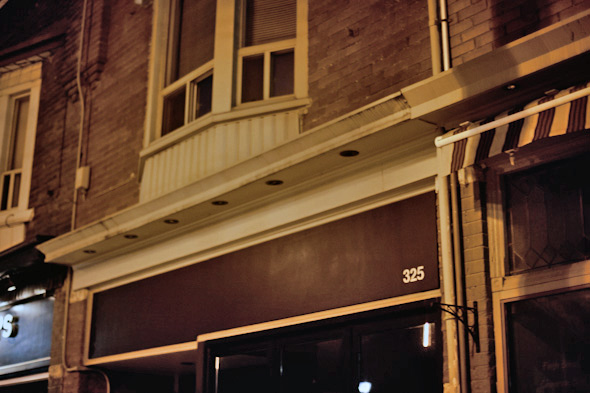