Hogtown Smoke has been open in the Beach(es) for less than a month, and already the food truck's brick and mortar offspring is on fire. Take-away orders start rolling in via phone before the doors even open, and in the evenings I'm told the wait is 45 minutes or longer. 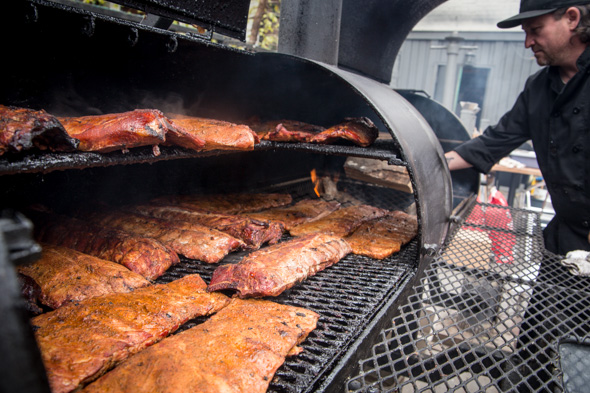 Owners Scott and Kevin Fraser opened this 30-seat eatery after getting stuck in traffic and seeing the storefront for lease. The deal was sealed with the serendipitous inclusion of an enormous backyard that'll house the three smokers that Scott has already acquired, not to mention the new 500lb barrel smoker that's on order from Oklahoma. Future plans will see the outdoor kitchen set to one side to make room for seating next patio season. 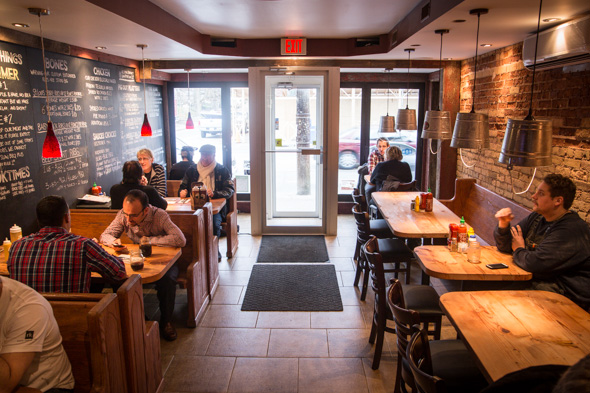 Inside is warm and cozy. The decor employs reclaimed barn board, tin bucket light shades, and salvaged church pew seating. The menu is scrawled across a chalkboard wall and the bar at the back doubles as the takeout counter.

The menu is not cheap, but considering the generous portion sizes and top quality meats, nothing seems outrageous. Pig Out Platters ($64-$182) will feed three to 10 people and if you order it to stay, you'll draw envious glares from onlooking diners. 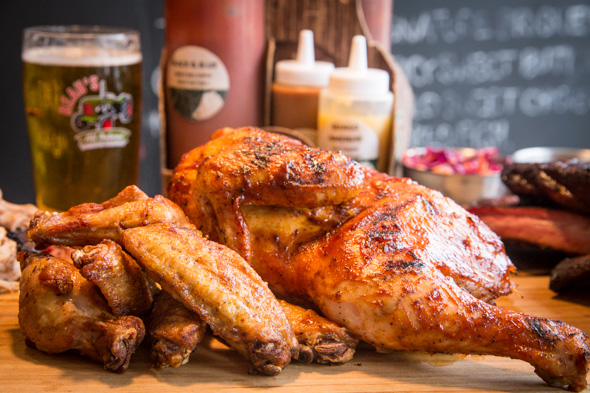 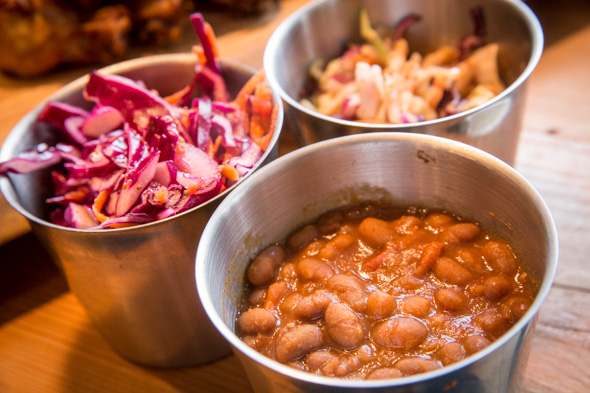 A choice of three sides (at least) are included with the platters: hearty root beer-baked beans, cornbread muffins, slaw (creamy or vinegar based) or seasoned fries are among the options. Vegetarians should probably just sit this one out. 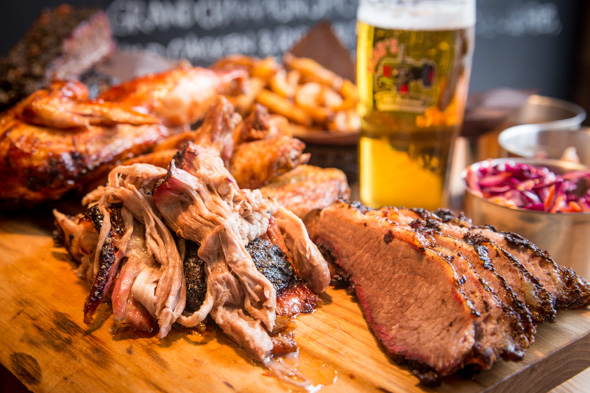 The glorious array of low and slow cooked meats are served au natural (not sauced) to show off their merits. Sliced brisket boasts black bark and a deep pink ring; crisp golden chicken skin encases juicy poultry that was steamed (thanks to Patron and lime juice injections) as it smoked; beef ribs that should've been cut down to short ribs but are instead served whole on mammoth bones. House-made sauces are offered on the side and come in seven varieties ranging from mild to hot and in unique flavours like peanut butter chipotle, mango habanero or ghost pepper hot sauce. 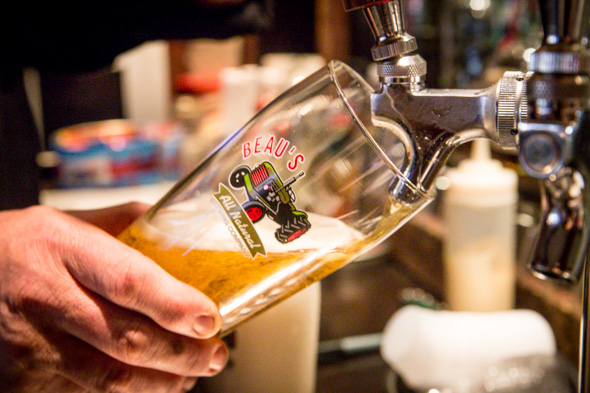 Currently the bar pours pints of Beau's for $8, though there are plans to expand the selection with a soon-to-be-installed tap station. Shots of bourbon and tequila range from $5.75 to $14, and glasses of wine hover around $11. 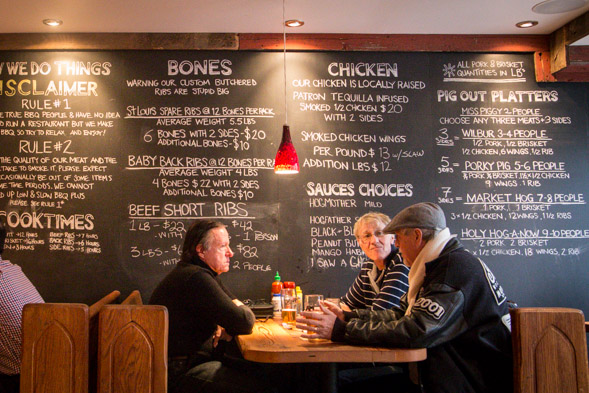 Hogtown Smoke is open daily from noon until 10pm, but be warned that menu items do sell out. Diners looking to indulge should keep an eye out for specials like the $100 wagyu beef brisket and shrimp boils planned for next patio season. 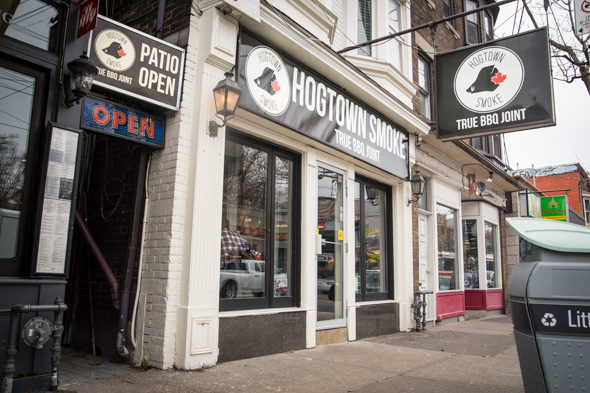