Hawker Bar is the latest manifestation of the street food that's hit Toronto â Singaporean street food to be exact. Located on Lower Ossington, Hawker joins the Saint as a new entry into an area that continues to attract restaurants post-moratorium . That doesn't mean everyone's happy, though. Having just opened last week, Hawker Bar experienced something of a setback when locals protested its petition for a liquor license. Don't worry, the license will be coming shortly (couple of weeks). 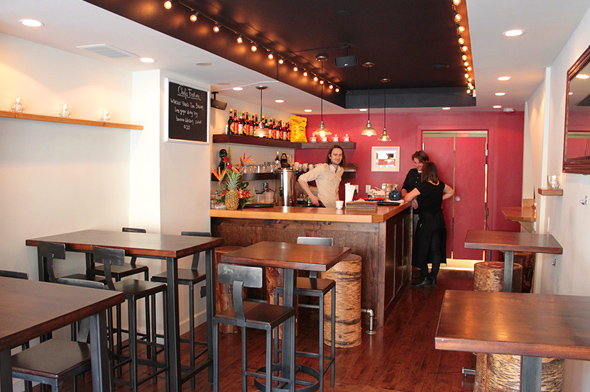 The interior evokes pan-Asian influences with origami wallpaper, various fish sauces adorning the bar's shelf and crimson red highlights throughout the smallish room. The handwritten cardboard menus are a nice nod to their street vendor roots. 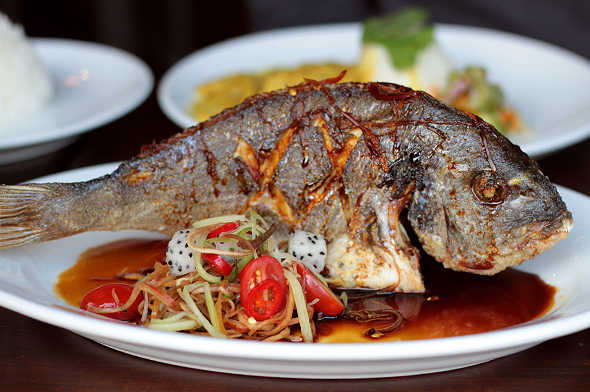 The special of the evening was a Fried Sea Bream for two ($20) that was simply fantastic. I tend to avoid whole fish, not because of the eyes staring back, but for the labour of deboning at the table, which is both a messy undertaking and rarely successful. But a quick swoop with our spoon and the entire fish was deboned in one motion. The side of banana flowers with the playful addition of cubed 'dragonfruit dice' definitely elevates the dish above its putative street fare roots. Moist and meaty, it was one of the best dishes of the evening. (Remember to grab that last bit of meat from the cheeks). 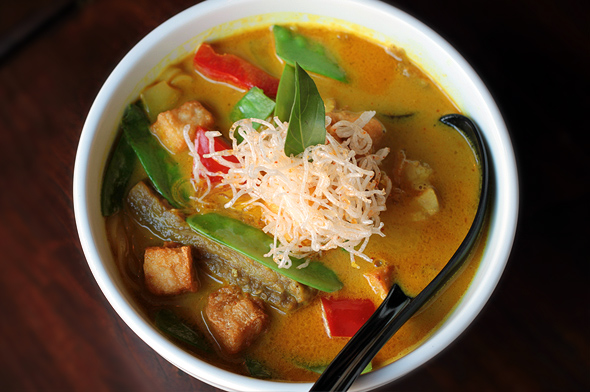 To be honest, I've never had a Laksa (sm. $9 / lg. $12) before but I really enjoyed Hawker's offering, which was surprisingly hearty with ample rice noodles and coconut milk broth. The curry had just the right amount of heat to complement the complexity of the broth. Even split between the two of us, we weren't able to finish all of the noodles.

Pork Tenderloin Satay ($6) with peanut sauce was solid but not amazing. The thin sauce lacked any emulsion from the chopped peanuts so was too watery. And the pork was a tad overcooked, proving slightly difficult to remove from the skewer. 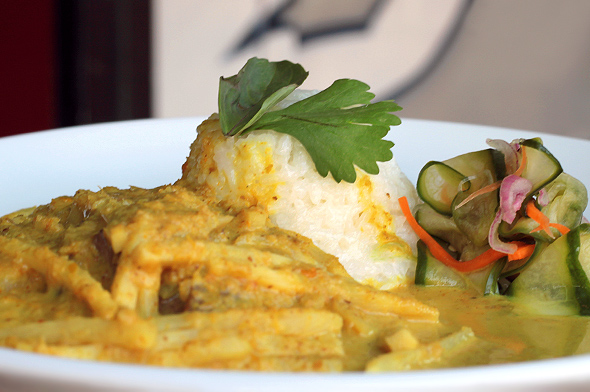 Both economical and a wonderfully tender cut of meat, beef cheeks are very much in vogue right now (see Chantecler and Grand Electric by way of example). Hawker's Rendang Curry ($12) of ox braised cheeks with a coconut rice definitely sets the dish apart from other versions around town. Braised to perfection, the beef is fork tender yet retains it's shape without falling apart. The curry, similar in flavour to the laksa, is quite rich â especially with the coconut rice, which works well with the consistency of the beef. 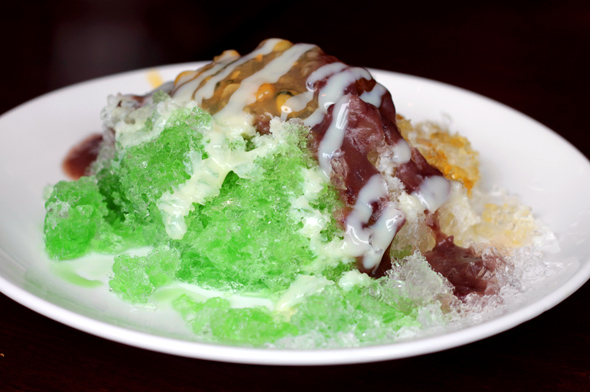 We couldn't stuff ourselves with another bite except for the Ice Kachang ($6) (a.k.a. Singapore Snow Cone). I know it's just a pile of shaved ice, but I have to say that the green syrup (Pandan?) had an peculiar flavour reminiscent to vanilla that I still can't figure out. It's something different so I applaud the risk-factor with this dish.

Like many new Toronto restaurants, Hawker currently doesn't accept reservations and with a smallish dining room you can expect line-ups. Takeout is, however, a viable option. Hawker Bar pushes past mere trendiness in favour of well-executed and unique dishes that are worth the wait. 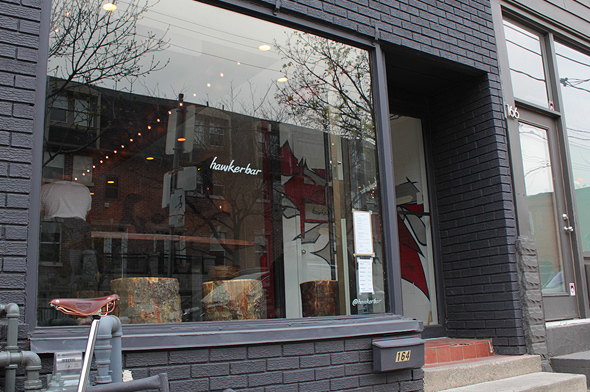