Guu is back in Toronto. This Vancouver-based chain first landed in Hogtown in 2009 and furiously expanded across the city. But after an ownership split , all of its existing locations became Kinka .

The original Guu, and its Vancouver owners Masaru Ogasawara and Natsuhiko Sugimoto, now occupy a single storefront in Parkdale, taking over the former Porzia space . 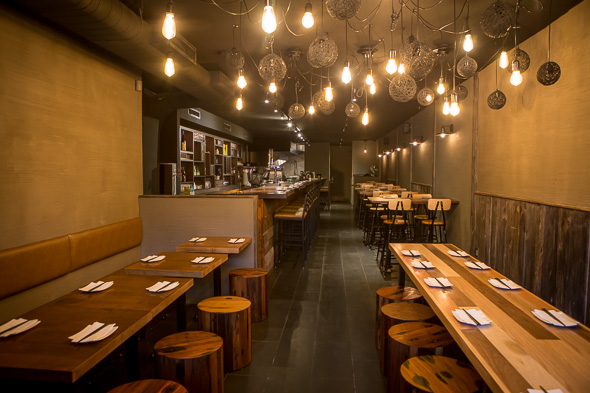 The interior is sleek, minimal and dark with long communal tables that come furnished with oversized wooden stumps.

The menu is almost the same as before and the lineup of dishes includes a range of starters and salads as well as grilled, baked and fried dishes along with bowls of noodle soup and rice. 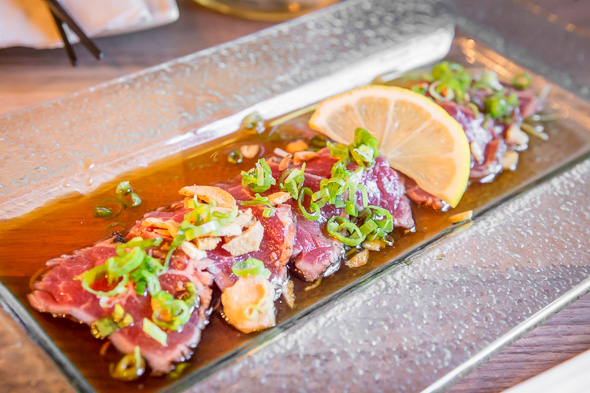 To start, there's the gyu tataki ($8), a plate of lightly seared beef sliced thin to reveal deep crimson centres. Ponzu sauce dresses it up by adding bright and tangy flavours. 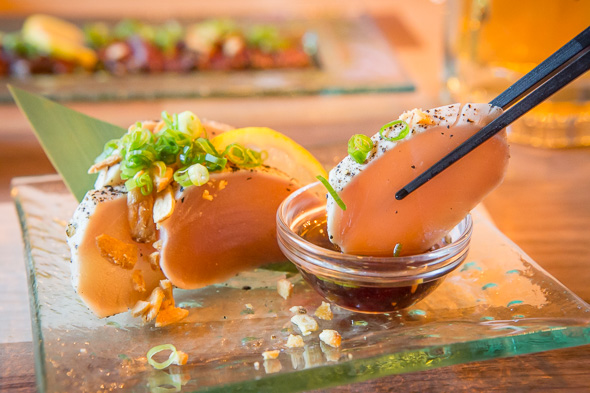 The same ponzu sauce makes an appearance in the maguro tataki ($8.50), this time accentuating the deliciousness of seared albacore tuna. 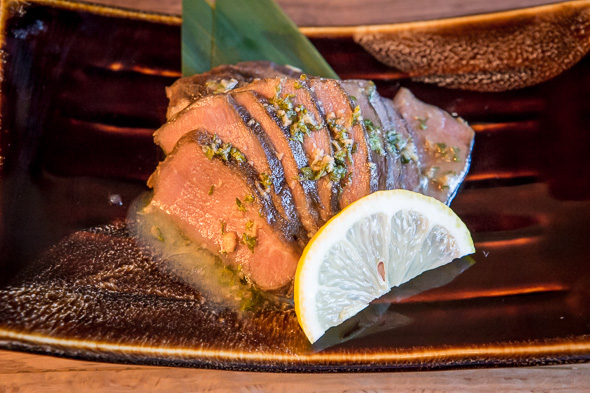 Up next is the gyu tongue ($9), a skilled preparation of sous vide beef tongue dressed in garlic butter and soy sauce. The meat is tender and supple. It never ceases to surprise me how much I love beef tongue, goodness knows the boiled version I ate as a child never did it any justice. 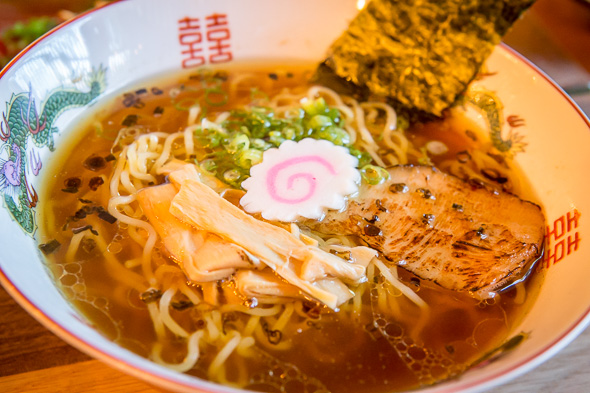 Finally, a piping hot bowl of shoyu ramen ($9.50) comes swimming with chewy noodles and topped with char siu, bamboo, a fish cake and nori. Its light, but flavourful kombu and soy-based broth will certainly fill a void in Parkdale where ramen is otherwise scarce. 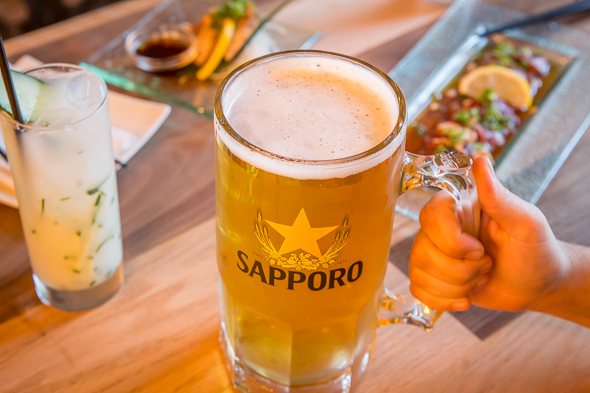 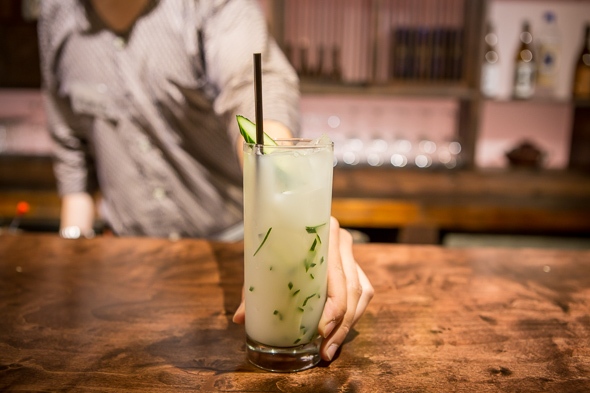 I try the Kyuri Fujin ($8), a refreshing blend of cucumber, gin and club soda made milky with the addition of Calpico, an uncarbonated Japanese yogurt-based soft drink.

The new Guu doesn't plan to expand at the same ferocious pace as it once did. Instead, It's taking it slow by courting the neighbours and feeding the bar crowds on weekends until after midnight. 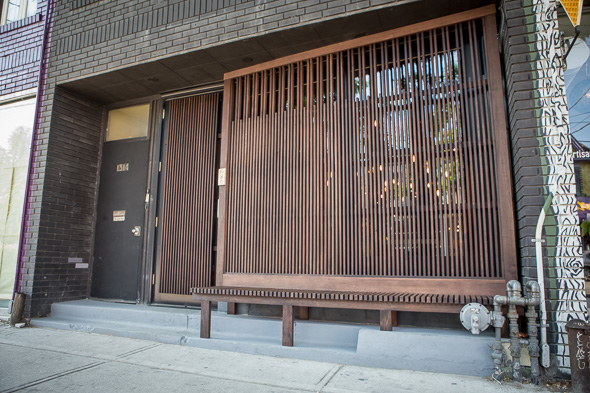 The Best Izakaya Restaurants in Toronto