If you've never tried Wuhan-style anything before, prepare your mouth for some intense burning sensations. While not everything in this cuisine is hot, mostly everything on Greedy Ducks's menu is. 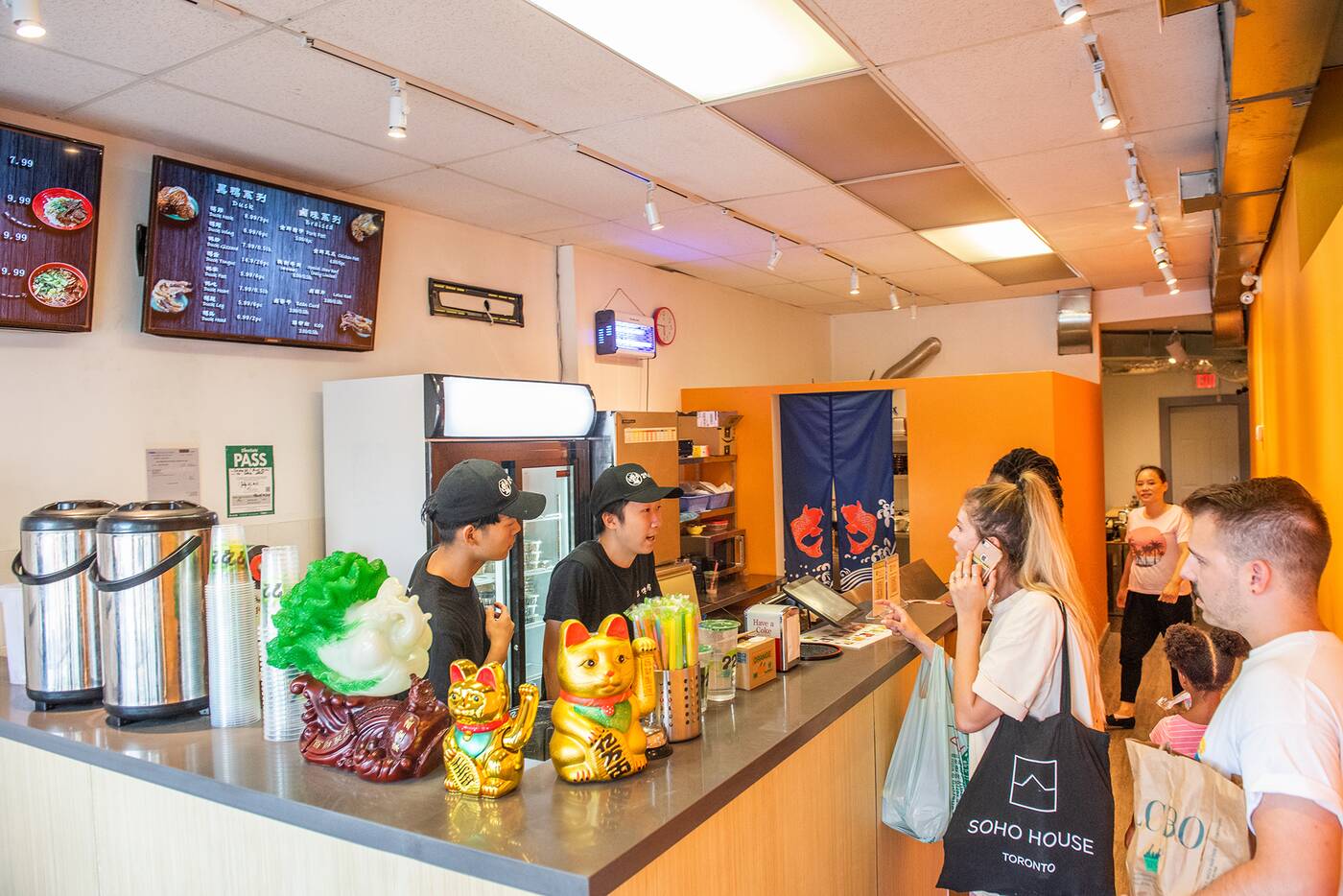 The Qin family had been cooking duck in Wuhan for over 20 years before taking over an old tea shop, whose legacy lingers with a menu of ten bubble teas still up for sale at Greedy Duck. 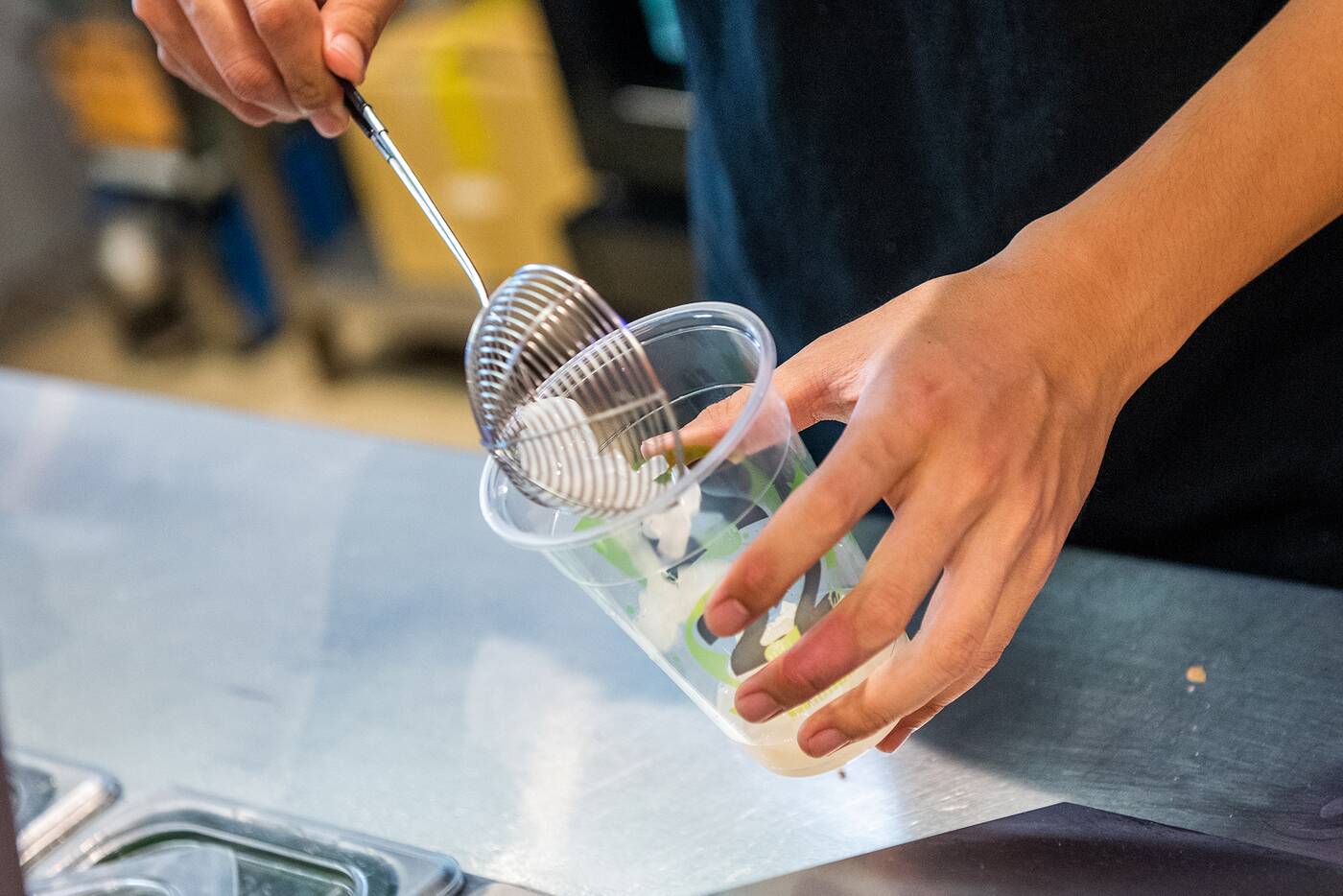 Using a unique mix of pepper, chilli, star anise, cinnamon, and bay leaf, the Qin family marinades duck parts for anywhere between two and four hours, depending on which section of the duck it is. They then serve it in plastic boxes, which you can take to-go or eat in the restaurant. 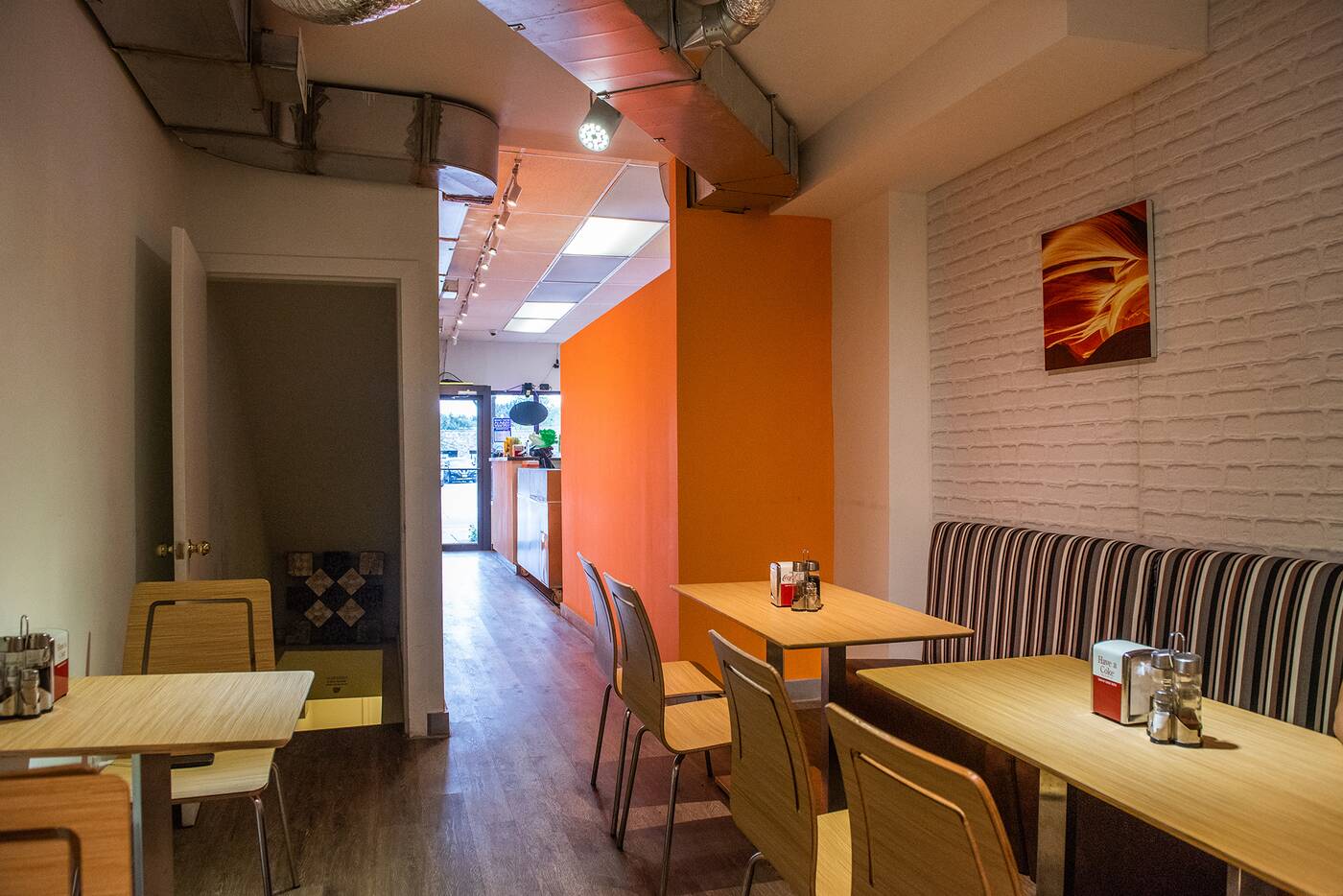 There's eight duck parts available here—the most famous Wuhan dish being duck neck, which you can get here in three pieces for $8.99. There's also a menu of braised options like pork feet ($5.99 for four pieces) and lotus root ($3.99 for half a pound). 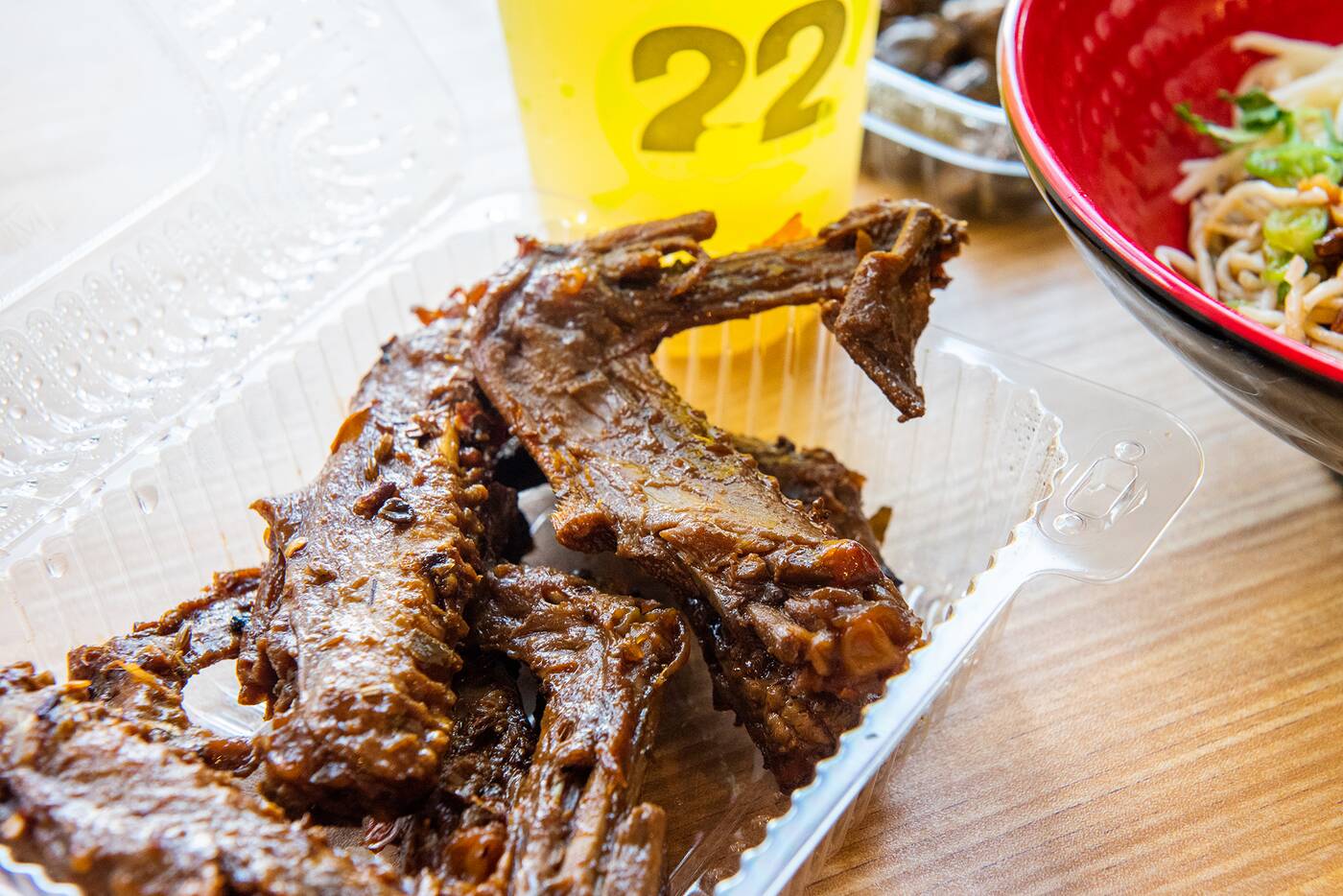 You'll find Wuhan-style duck is much bonier than regular chicken meat, though much larger. This reddish meat is chewy and at times tough to bite off the bone, but the deep, spicy flavour of the dishes is worth the struggle. 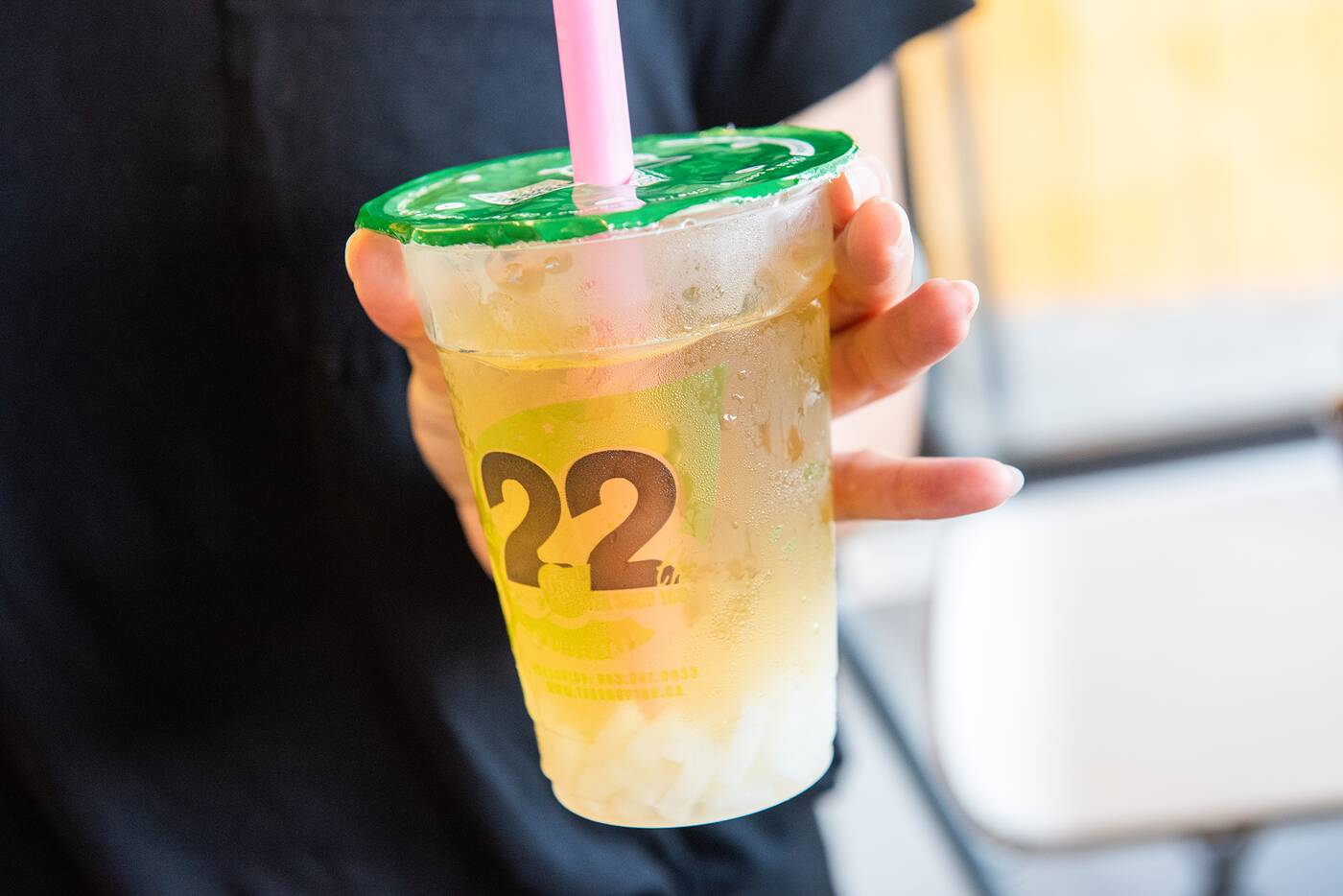 Make sure to throw on the plastic gloves provided to prevent mess, and I highly recommend getting an ice cold bubble tea to cool your mouth. 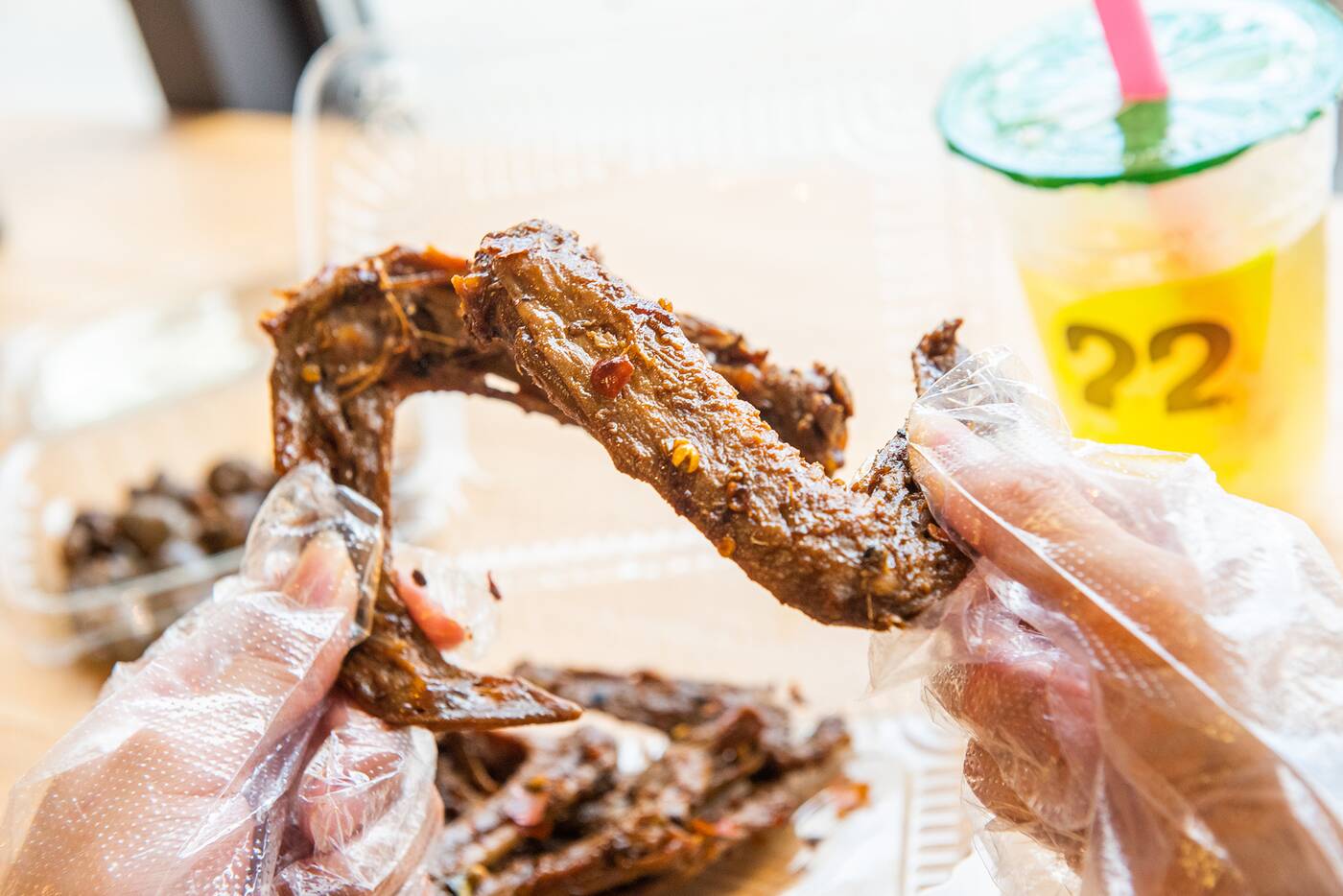 Six pieces of duck wings ($6.99) will have you gnawing at these lean bones, but they're my favourite dish, with a huge kick of anise and the subtle sweetness of the cinnamon really coming through here. 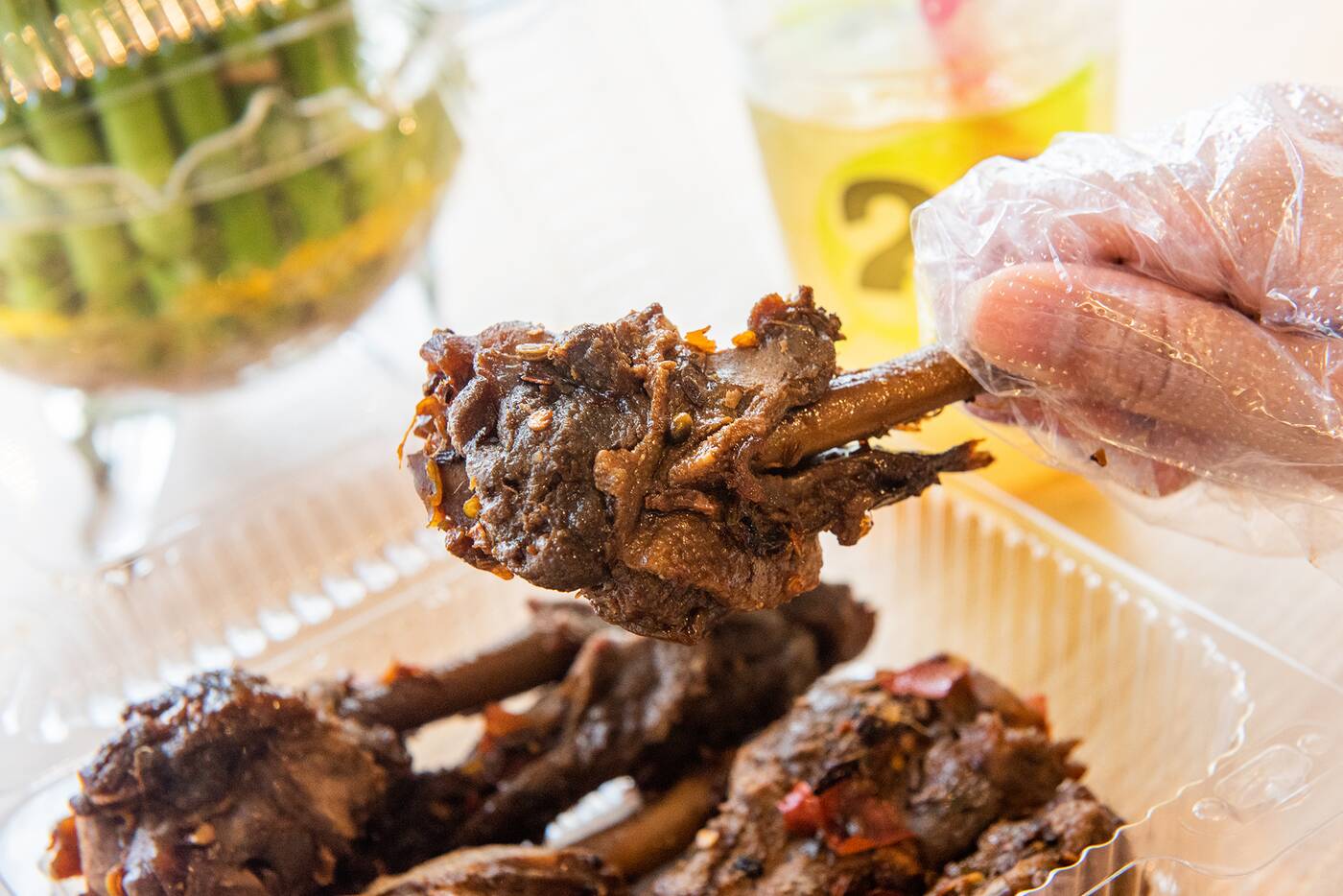 The duck legs come in six pieces for $5.99 and are definitely meatier and easier to bite. 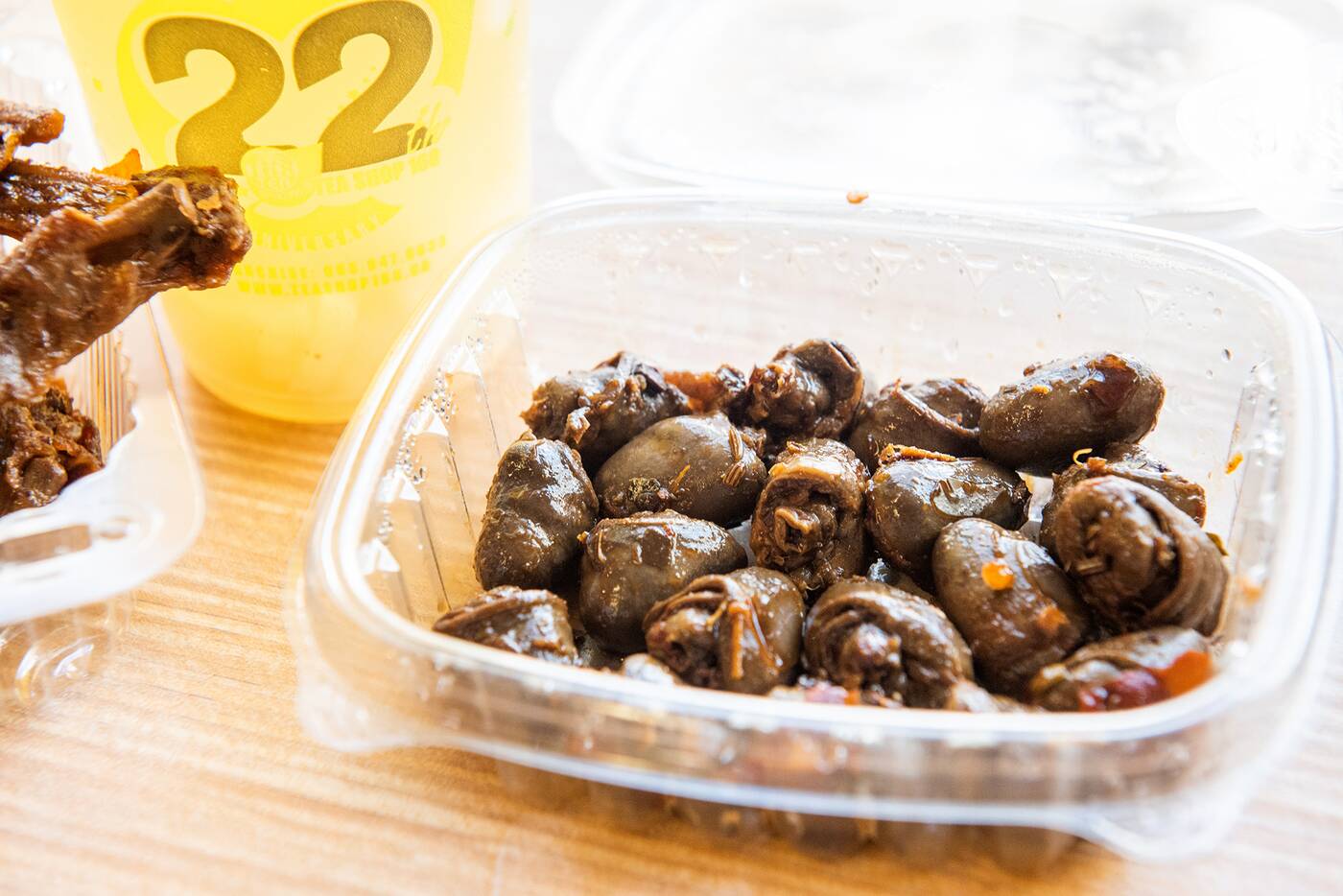 And a box of duck hearts ($7.99 for half a pound) comes with several little pieces of these delicacies that sort of taste like liver but are much, much chewier. 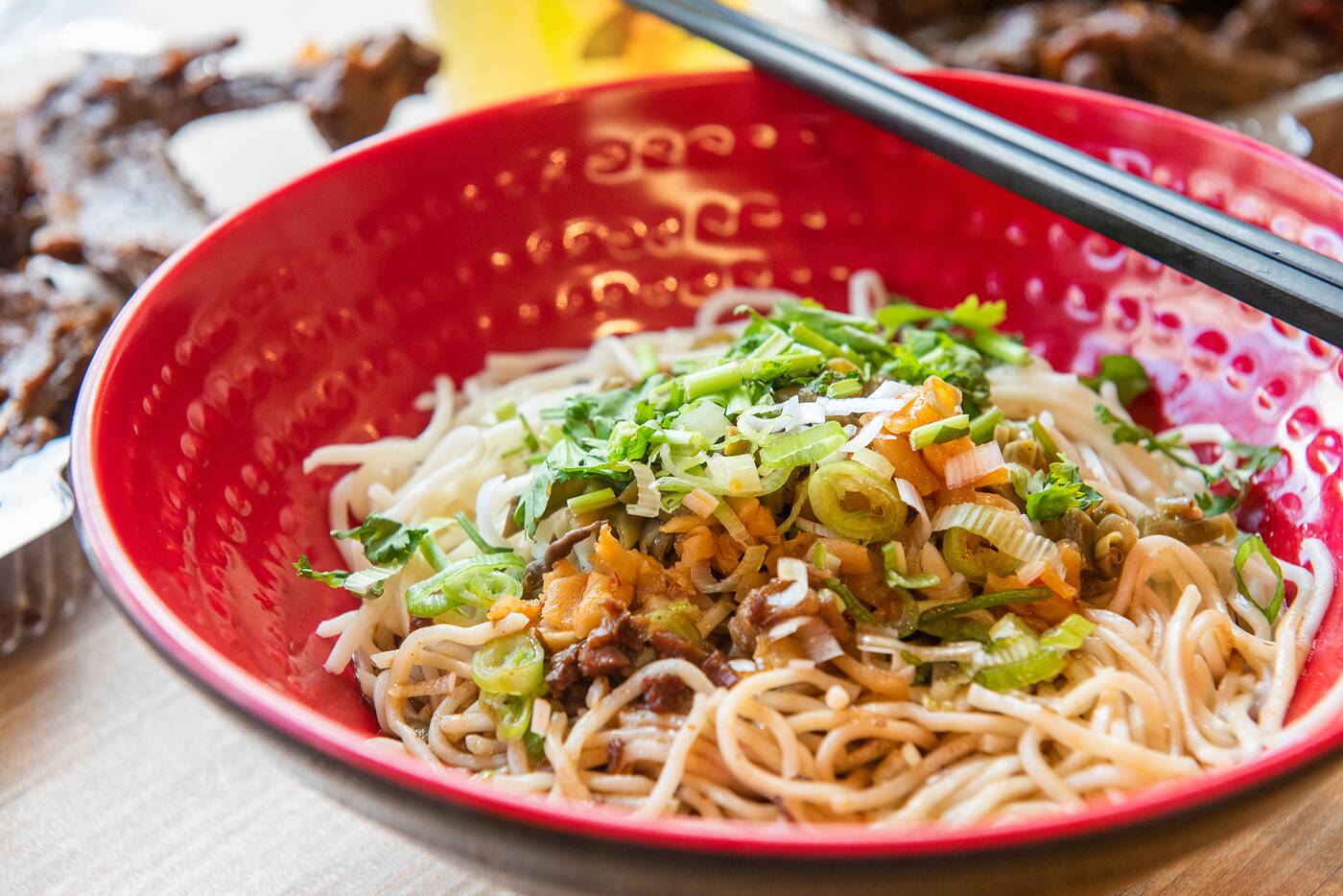 As for noodles, there's four options, with the most popular being the classic hot and dry noodles with sesame sauce ($7.99), which are considered Wuhan's traditional dish. 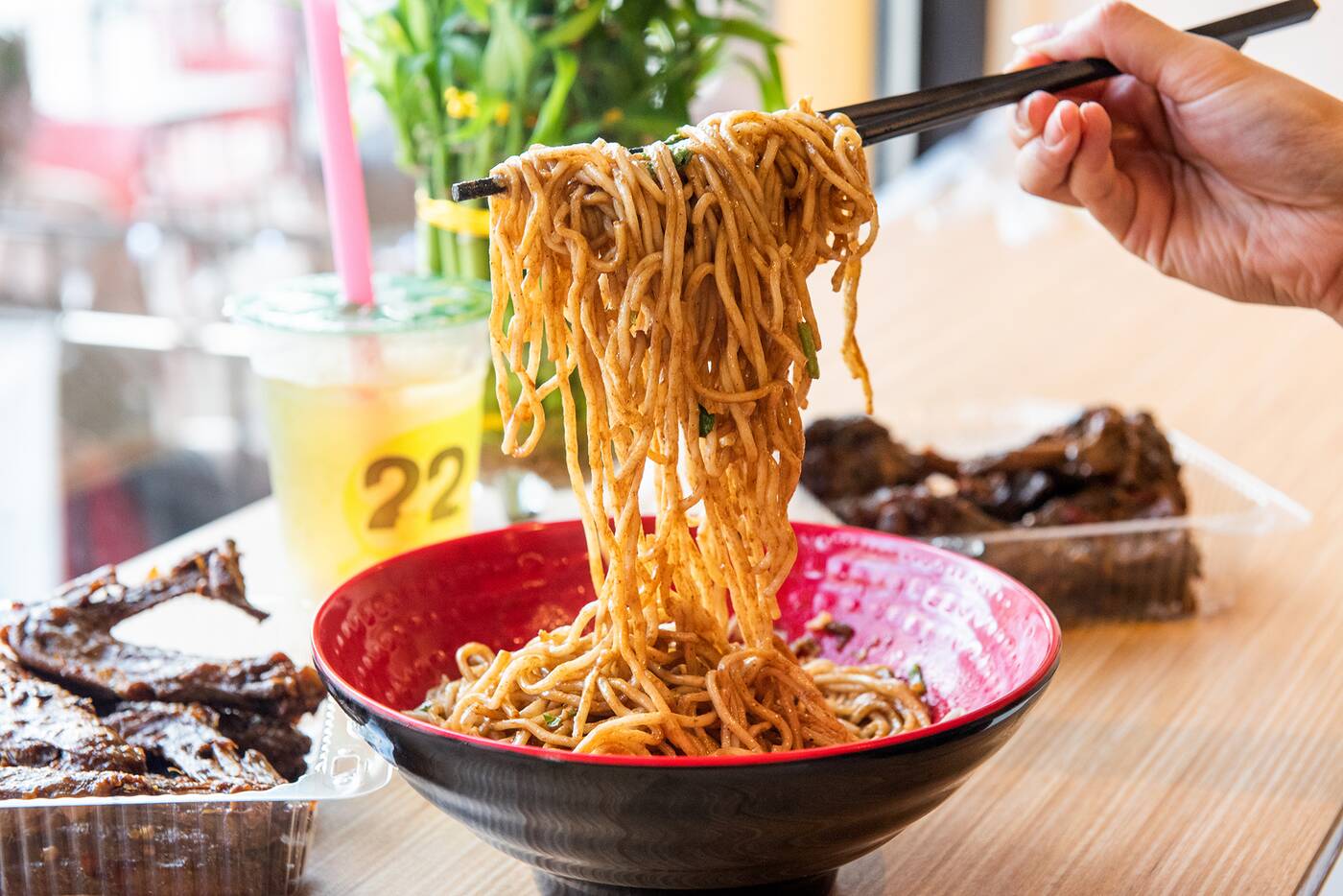 According to the Qin family, hot and dry noodles originate from the docks of Wuhan, where workers invented a dish that was hearty enough to sustain them throughout the day but convenient enough to eat, hence the absence of soup. 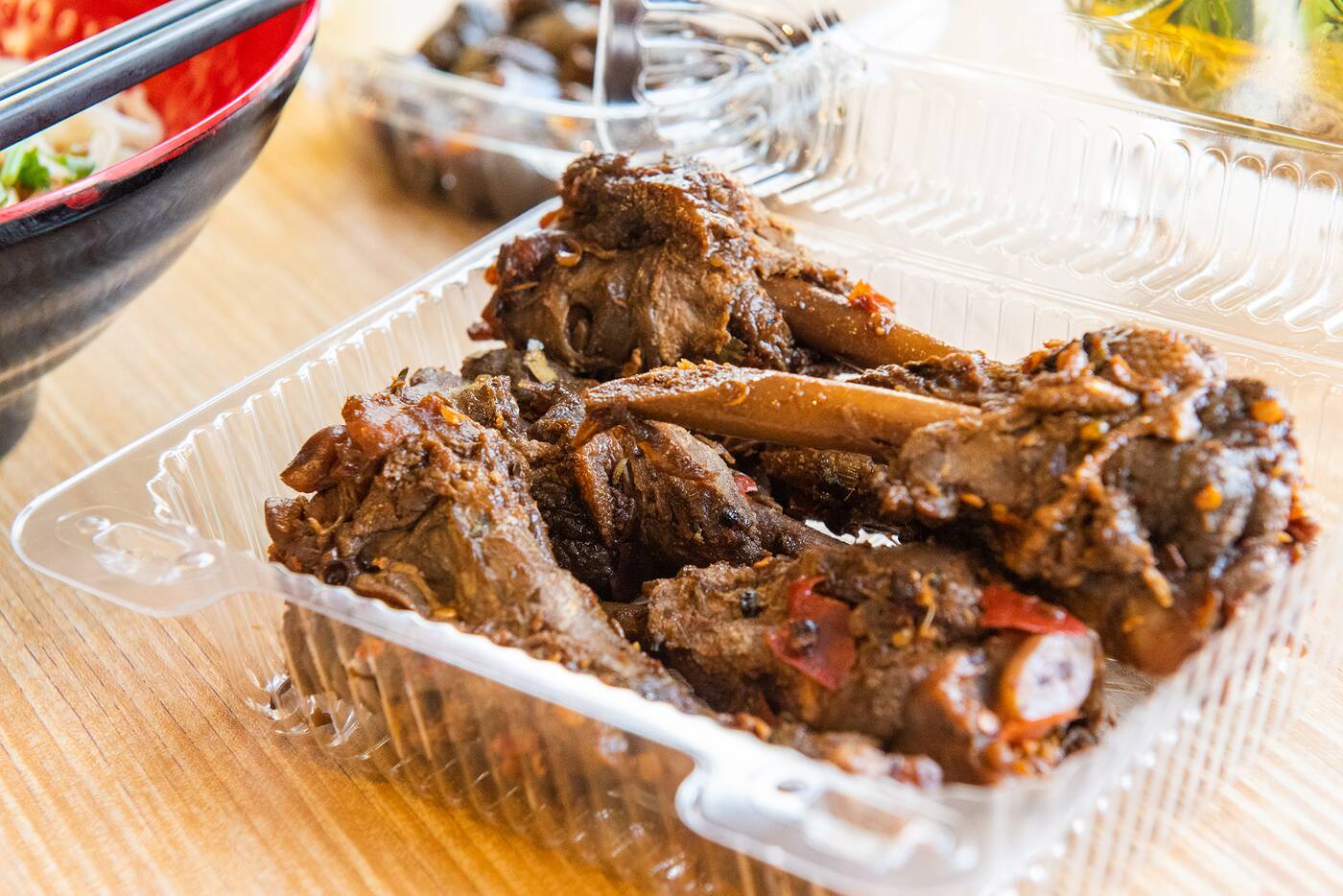 The real origins of these noods are unknown, but Greedy Duck has an excellent version of them. They're much less spicy than the duck, and if you don't want any spice, there's soup noodles with sliced beef ($9.99) or stewed beef brisket ($9.99). 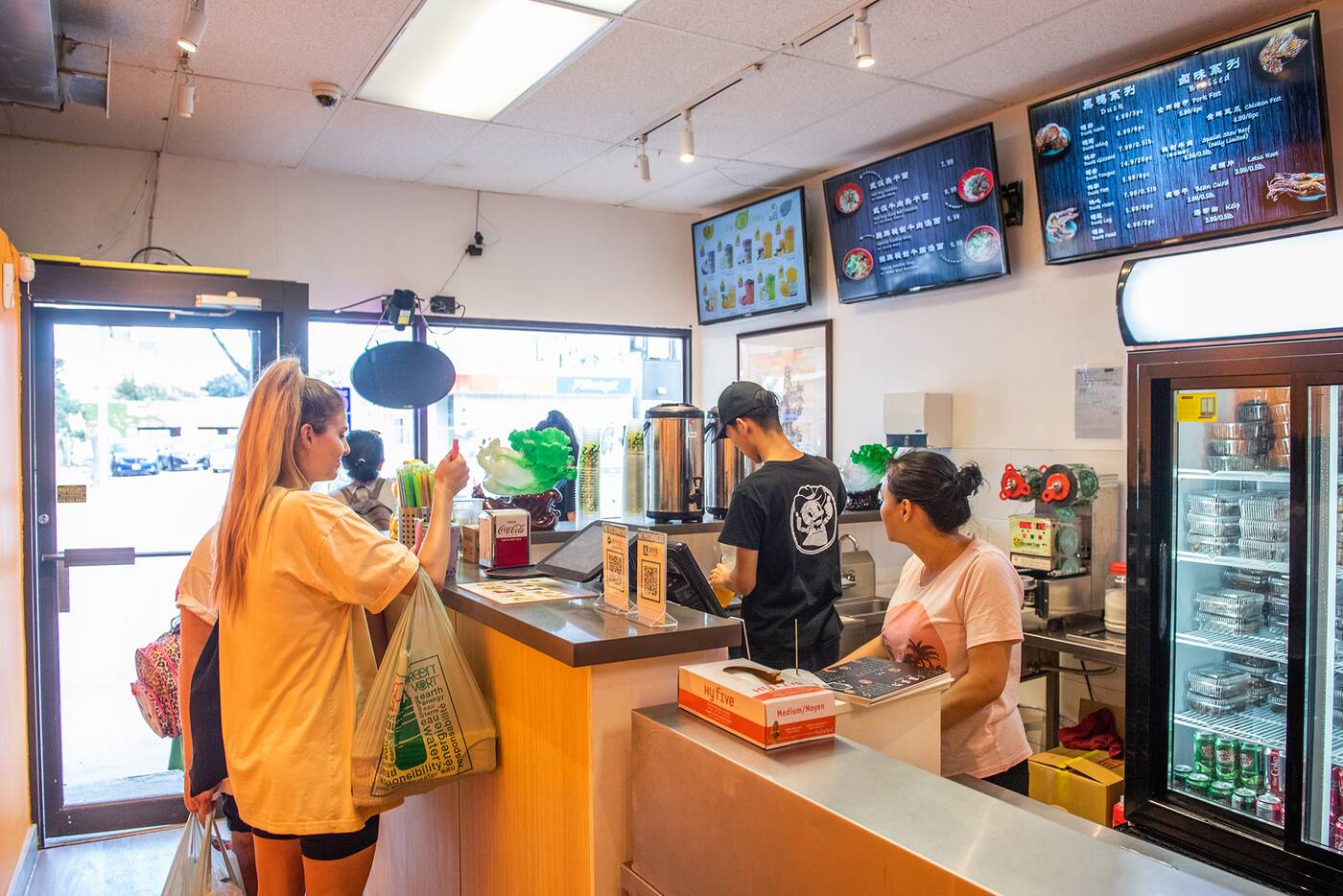 If you're not used to eating duck organs, this may be a new adventure for you. Those who appreciate the non-wasteful practice of using all parts of an animal plus a kick of spice, however, will enjoy this unique family-run endeavour. 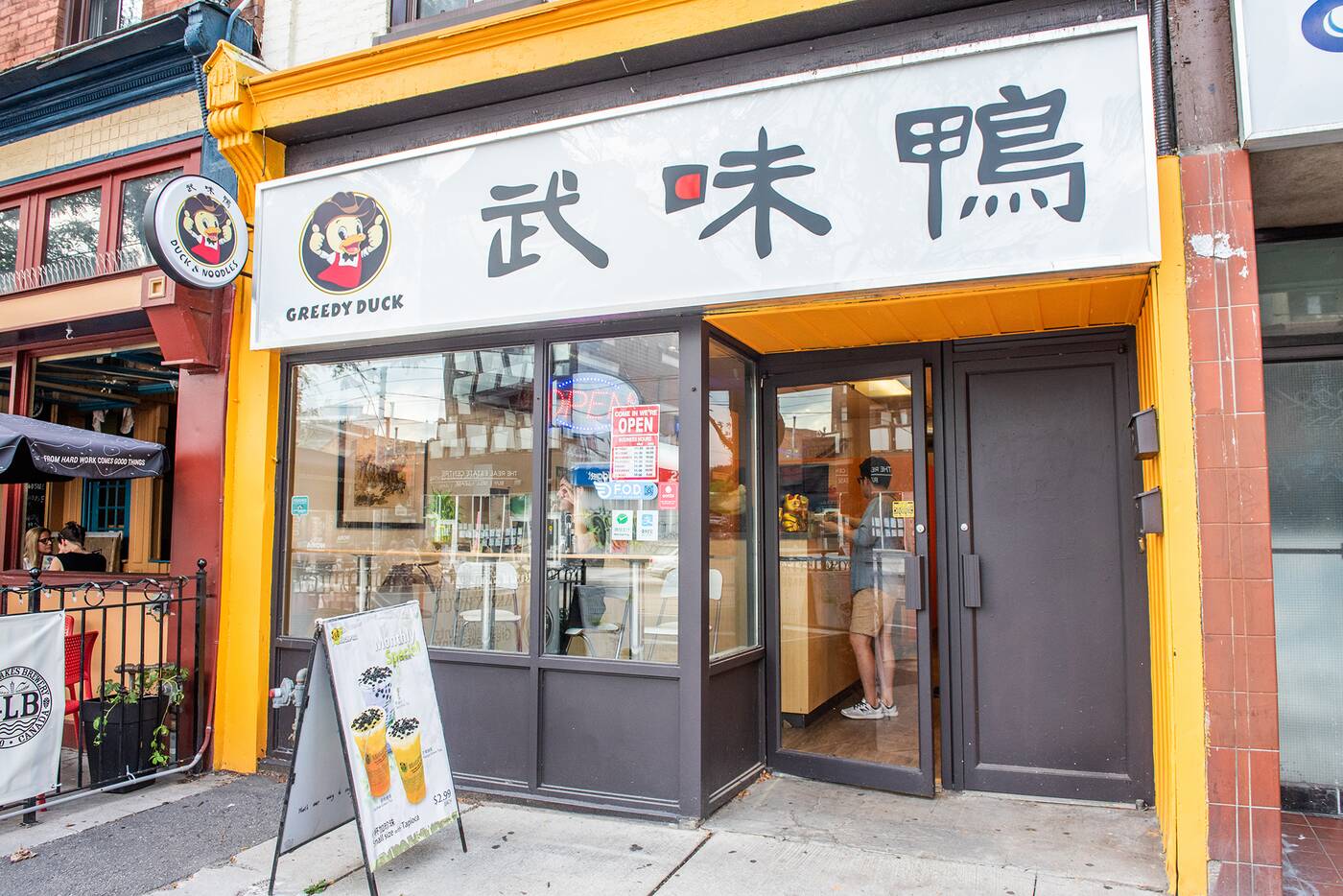