Great Cooks On Eight and T Spot are not easy to find; they're well-hidden in the outer reaches of the Hudson Bay tower at Queen and Bay. However, those in-the-know have been fortunate enough to sample the rotating lunch menu, sip on the aromatic teas, or even participate in cooking classes led by celebrity guest chefs.

Over a light lunch with the Old City Hall as my backdrop, I delve into a company that has been thriving for the past 20 years, veiled from the public eye.

Great Cooks on Eight offers a casually elegant dining room overlooking one of the busiest corners of the city. The simple pine wood furniture offset by the palette of creams and white make up an understated space. Wall to wall windows make the restaurant a great lookout point for the action below and offers some stunning panoramic views of Nathan Philips Square. 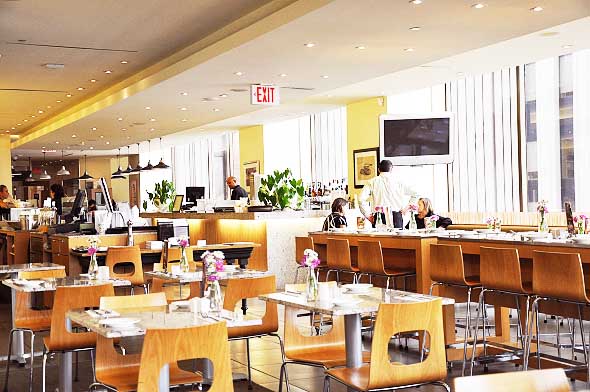 The soup of the day ($6), Cherry Gazpacho, is an instant refresher from the stifling heat outside. Pureed tomatoes, fresh Bing cherries, cilantro, garlic, lime, and a kick of chili heat complimented by a dollop of sour cream create a combination potent in flavour.

The Niçoise Salad ($16) with sesame-encrusted yellow fin tuna seared to perfection, fails to impress otherwise. While the olive oil in the basic balsamic vinaigrette is of good quality, the vegetables and fish lack in original flavour without being doused in dressing. 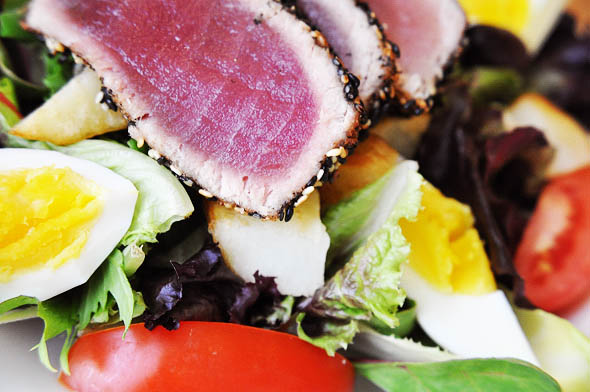 The Chicken Mushroom Parpadelle ($18) is accompanied by a wedge of pesto garlic toast. The pasta is delightfully al dente and the sauce is creamy, but could use more depth in flavour. 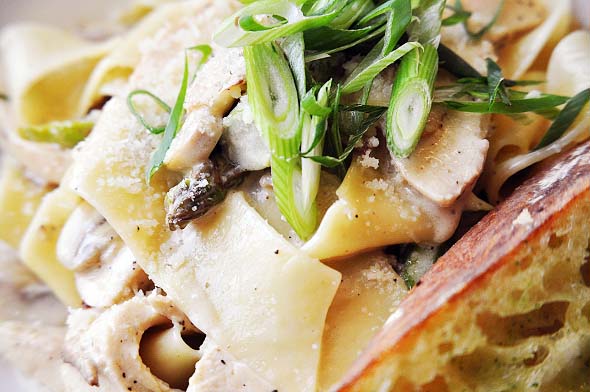 While munching away on a Boulart baguette, I cannot help but notice the massive industrial kitchen on the other side of the dining room. Head Chef Maggie McKeown and her team specialize in both corporate and public cooking classes in a fun, interactive environment.

Maggie and Brazilian Sous Chef, Ismael Pacheco give me a quick rundown of the past 20 years at Great Cooks. "In the 70's, eating out options in Toronto were limited to spaghetti or stuffy steak houses," says Maggie. "It was not until the 80's that more options became available and this is when Esther (Creator of Great Cooks) decided to reveal the talented chefs behind the new wave of burgeoning restaurants."

Esther, then on the administrative end of Dufflet , hosted workshops from the back of the shop; where guest chefs like Mistura 's Massimo Capra led classes. These days business is thriving at Great Cooks, from their bustling restaurant in full swing at lunchtime, quaint takeout café to their ever popular cooking classes.

A budding home chef myself, I ask Maggie what to expect from a cooking class with Great Cooks, to which she simply replies: " I want them to love to cook and learn how to do it!" 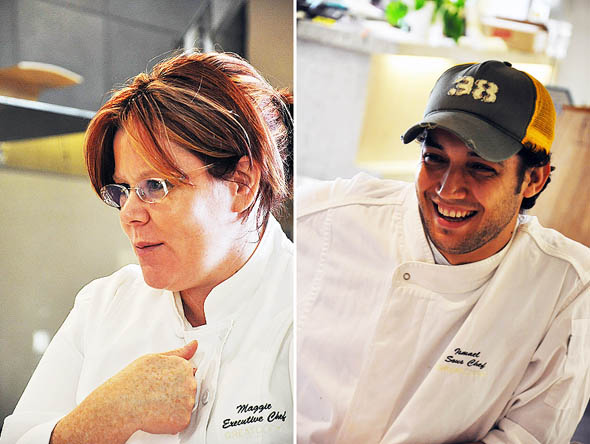 We venture down into the depths of the basement to the sister outlet specializing in teas and takeaway lunches for the mole people of the PATH. T Spot is surprisingly charming and as with most siblings, a stark opposite. A display dome features all of the day's offerings: Fresh salads, cellophane wrapped ciabatta sandwiches, sweet treats from Dufflet and savoury entrees waiting to be re-heated. There is also an extensive lineup of international teas. 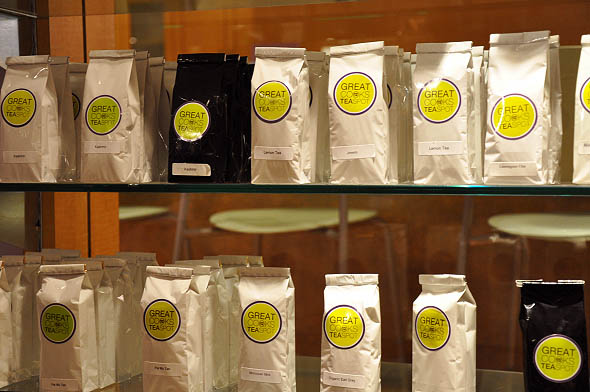 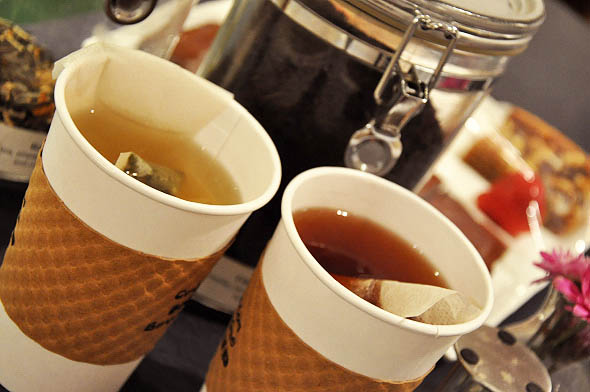 The Goat Cheese Strawberry Spinach Salad with Grilled Asparagus ($6.95) is made to order and ready within minutes. Each ingredient complements the next and together, form the perfect balance in flavour. It is so fresh and simple that I am convinced that I can make this at home.

Great Cooks has a way of inspiring the home chef in everyone with their simple approach to food. And for those who can't toast bread without setting off the smoke alarm, you can always enroll in one of their many cooking classes. 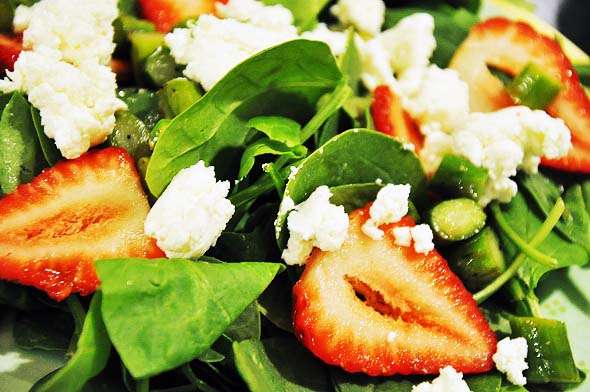 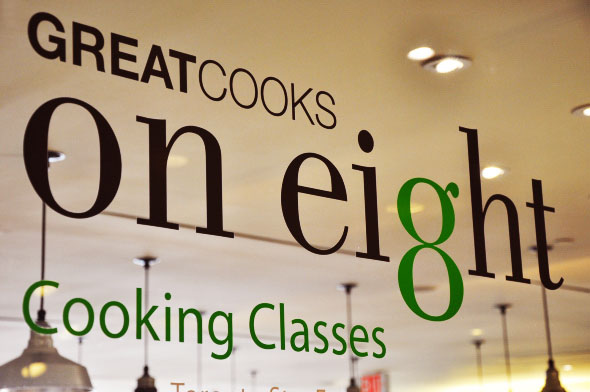