GoGo Chicken Pot aims to revolutionize the way Toronto looks at AYCE hot pot. It’s the only restaurant of its kind in the city that combines two kinds of all-you-can-eat feasts: chicken pot and conventional hot pot. You won’t leave hungry, that’s for sure. 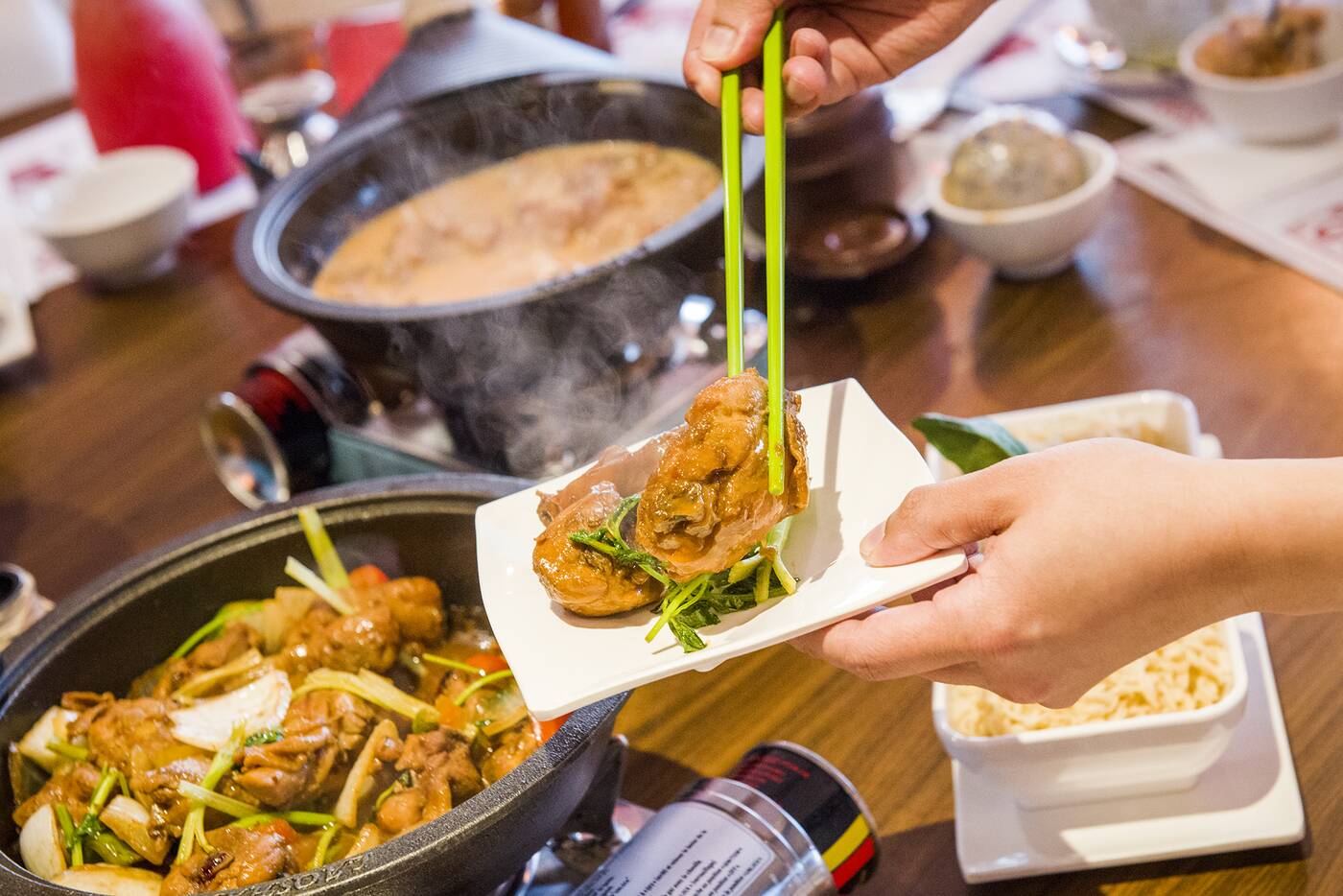 While still a novel concept in Toronto, this two-in-one style of feasting is currently a popular trend in Hong Kong: over 250 restaurants there serve this cuisine. 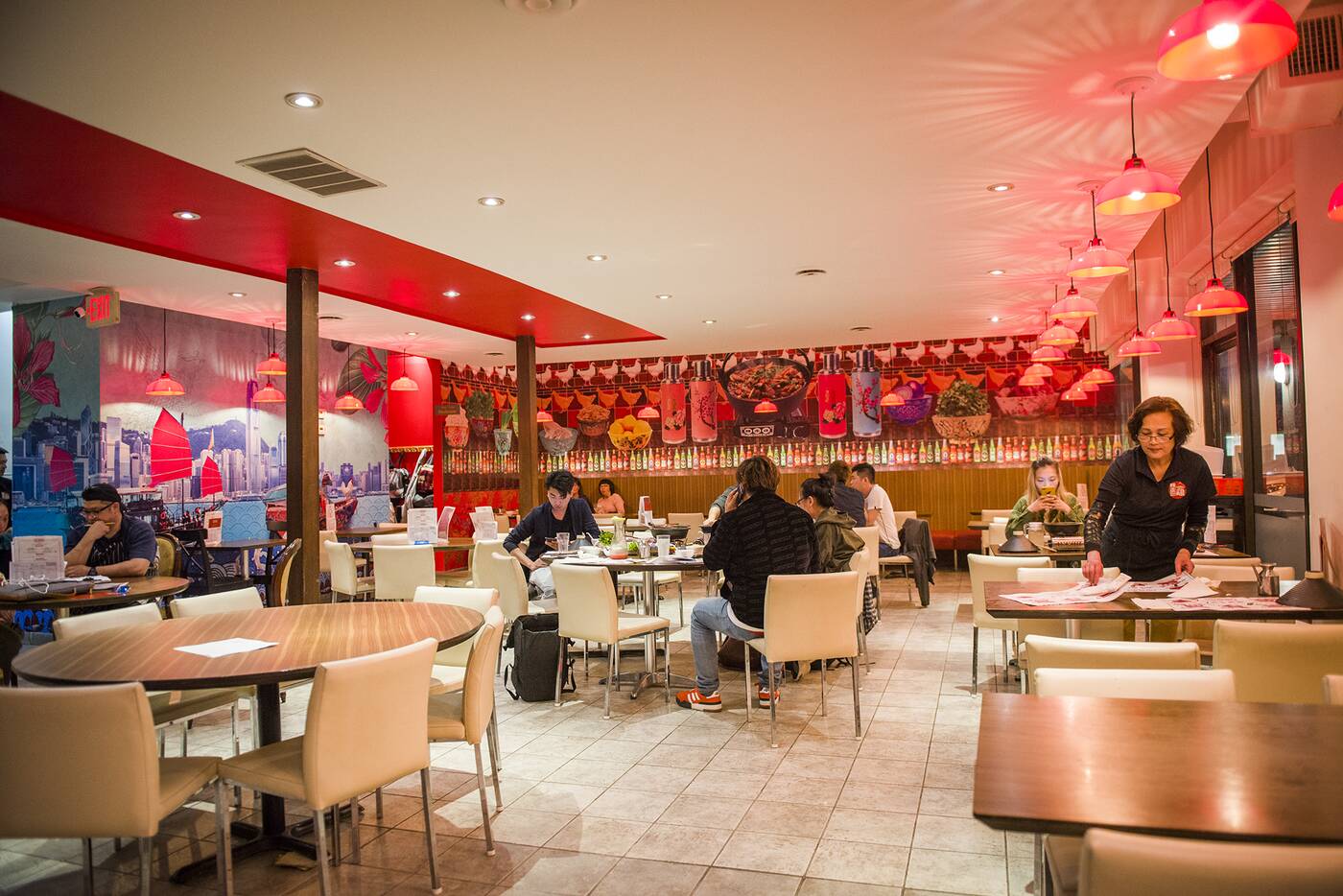 Inside, wall murals depict the hustle and bustle of Hong Kong streets, with red lamps hanging from the ceiling that are reminiscent of those found in busy Hong Kong markets. 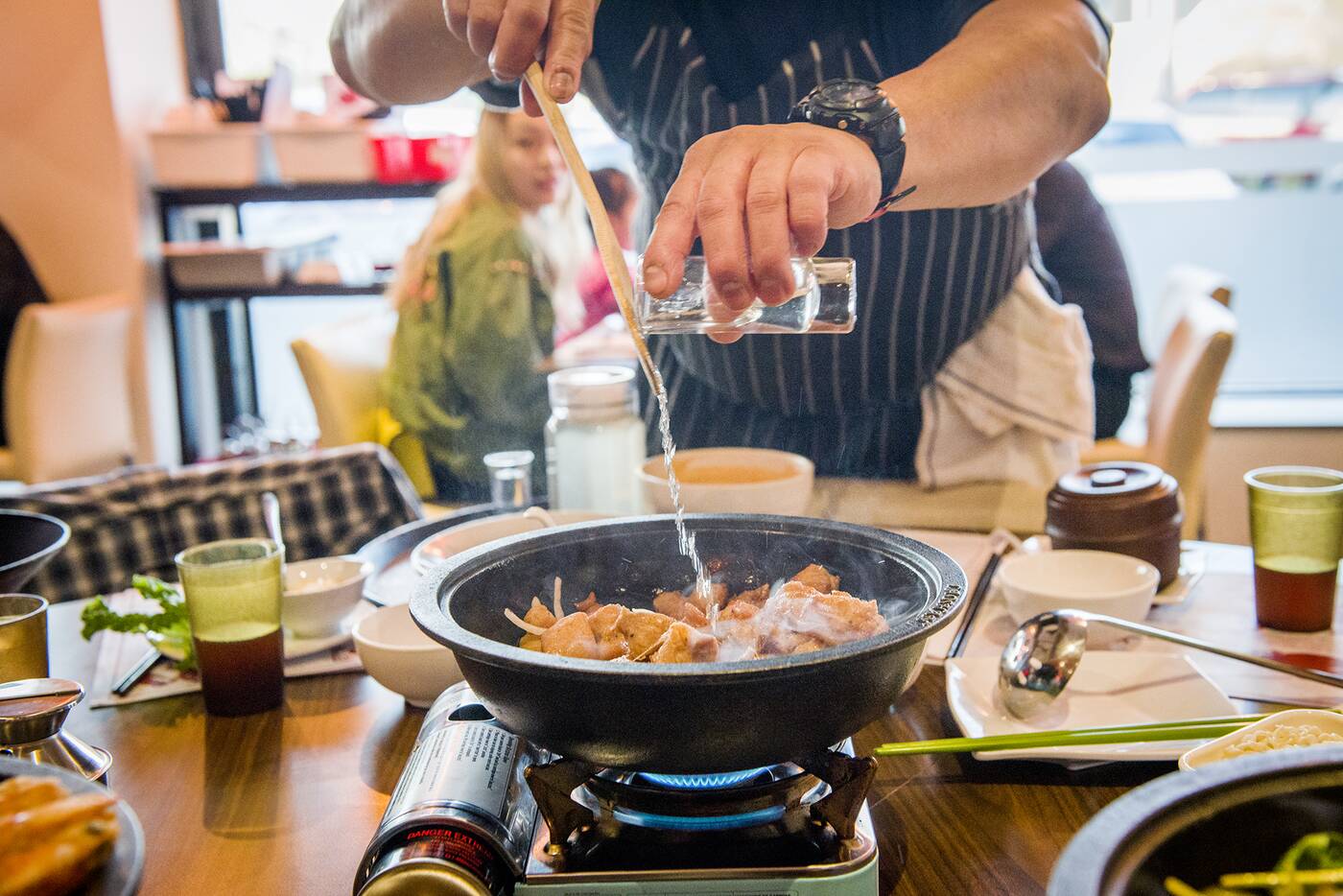 The concept is an upgrade over the conventional hot pot experience. You get a massive, all you can eat feast of marinated chicken cooked inside a big pot.

Once you’ve had your fill, servers will fill the already-heavily sauced pot with chicken broth, creating a super tasty AYCE hot pot experience. 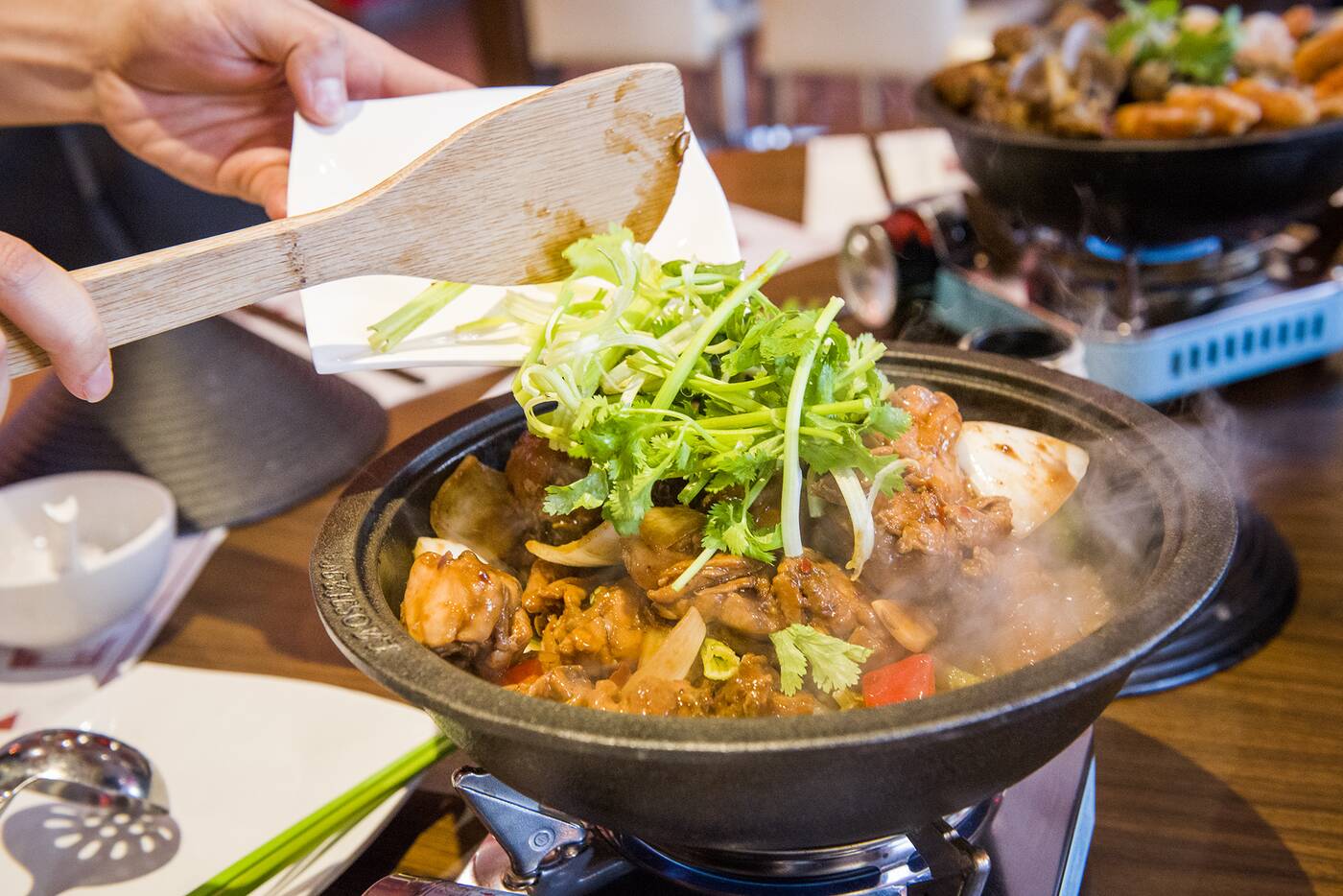 The chicken pots here come in two varieties: Original and Cheese. The original ($29.99 per person) is gravy-like in colour with a  mix of spicy and savoury flavours. You can also adjust the level of spice according to your preference. 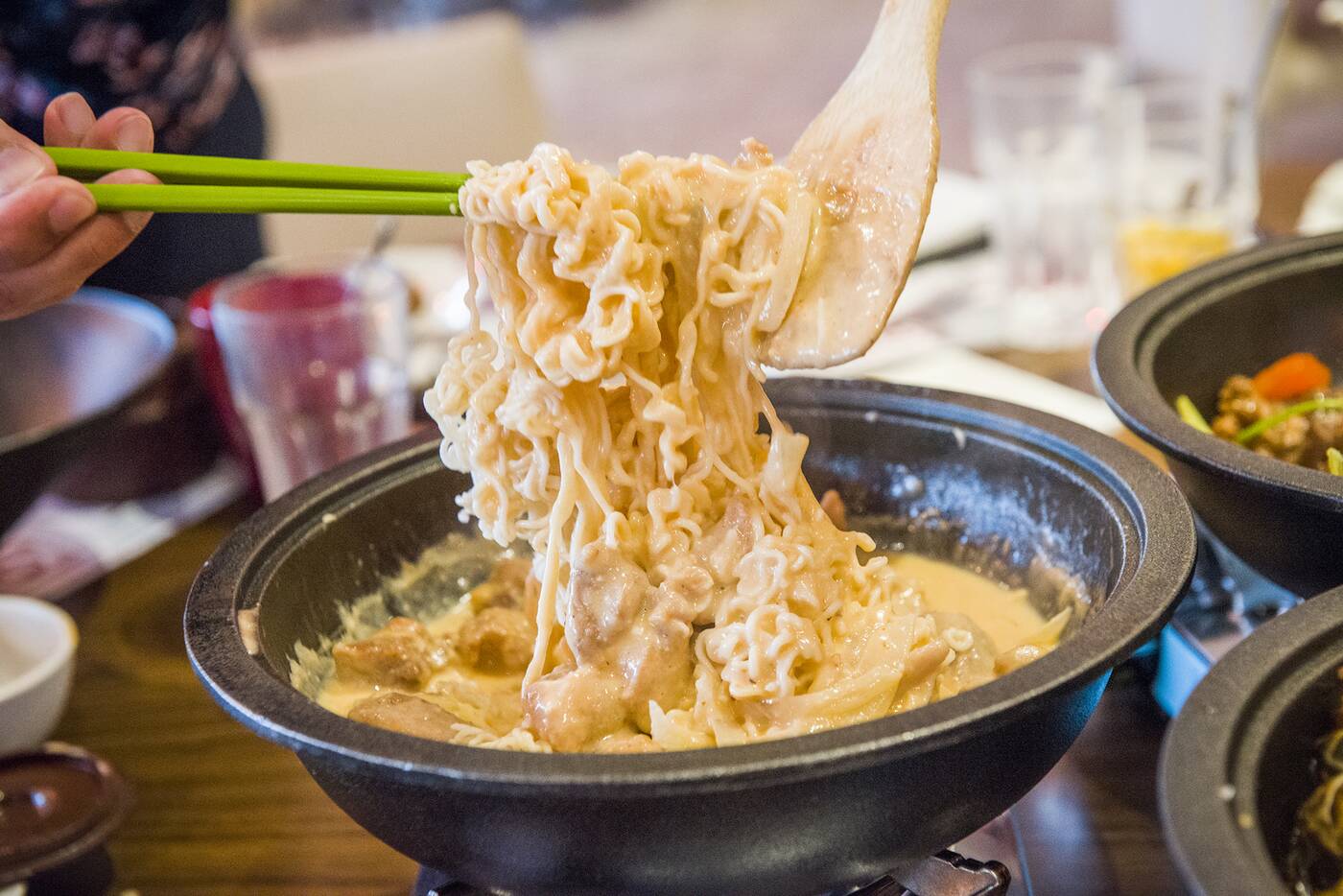 Less traditional is the Cheese variety ($35.99 per person), which kicks the richness of the dish up several notches. Couple it with a massive dose of instant noodles and you have nirvana for fans of Instagram-worthy cheese pull shots. 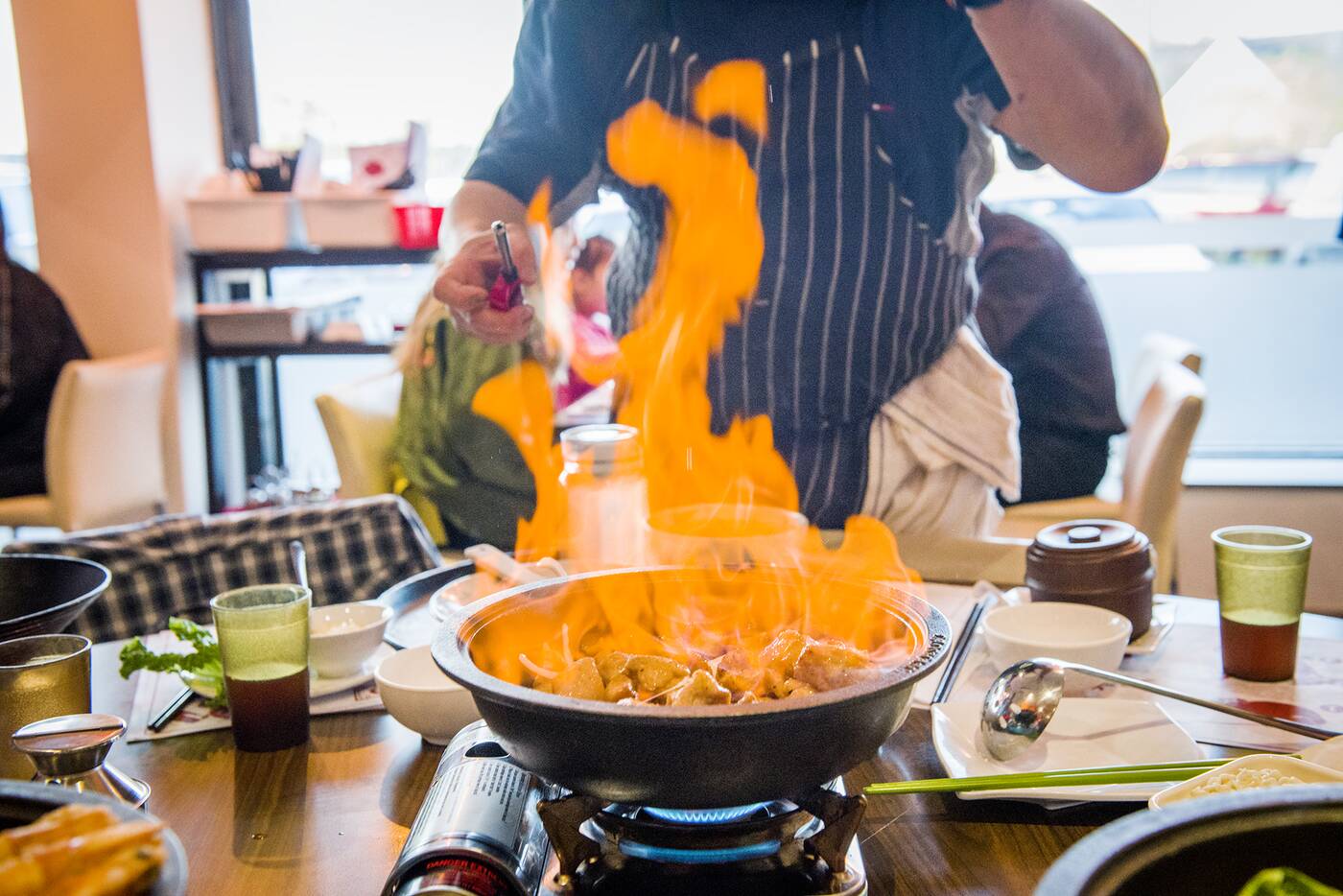 With either flavour you get juicy and tender chicken cuts. Because the chicken is itself cooked in the pot, it becomes extremely flavourful. And, of course, watching the chef start up the pot is a great experience in itself. 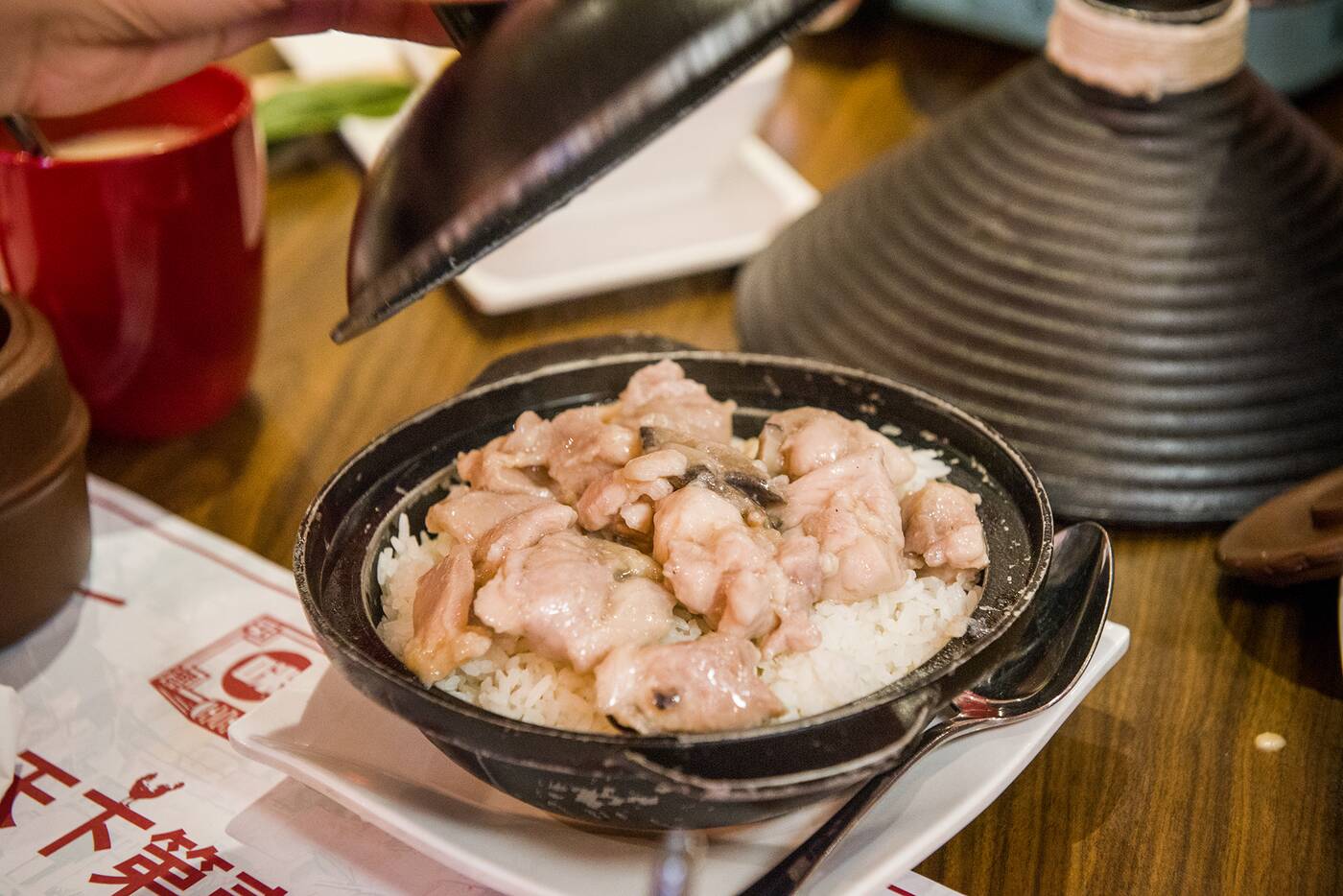 I also love how the dish comes with some additional steamed chicken rice, which is like having a mini claypot of your own. Add some of Gogo’s homemade soy sauce and you have a ridiculously tender chicken dish. 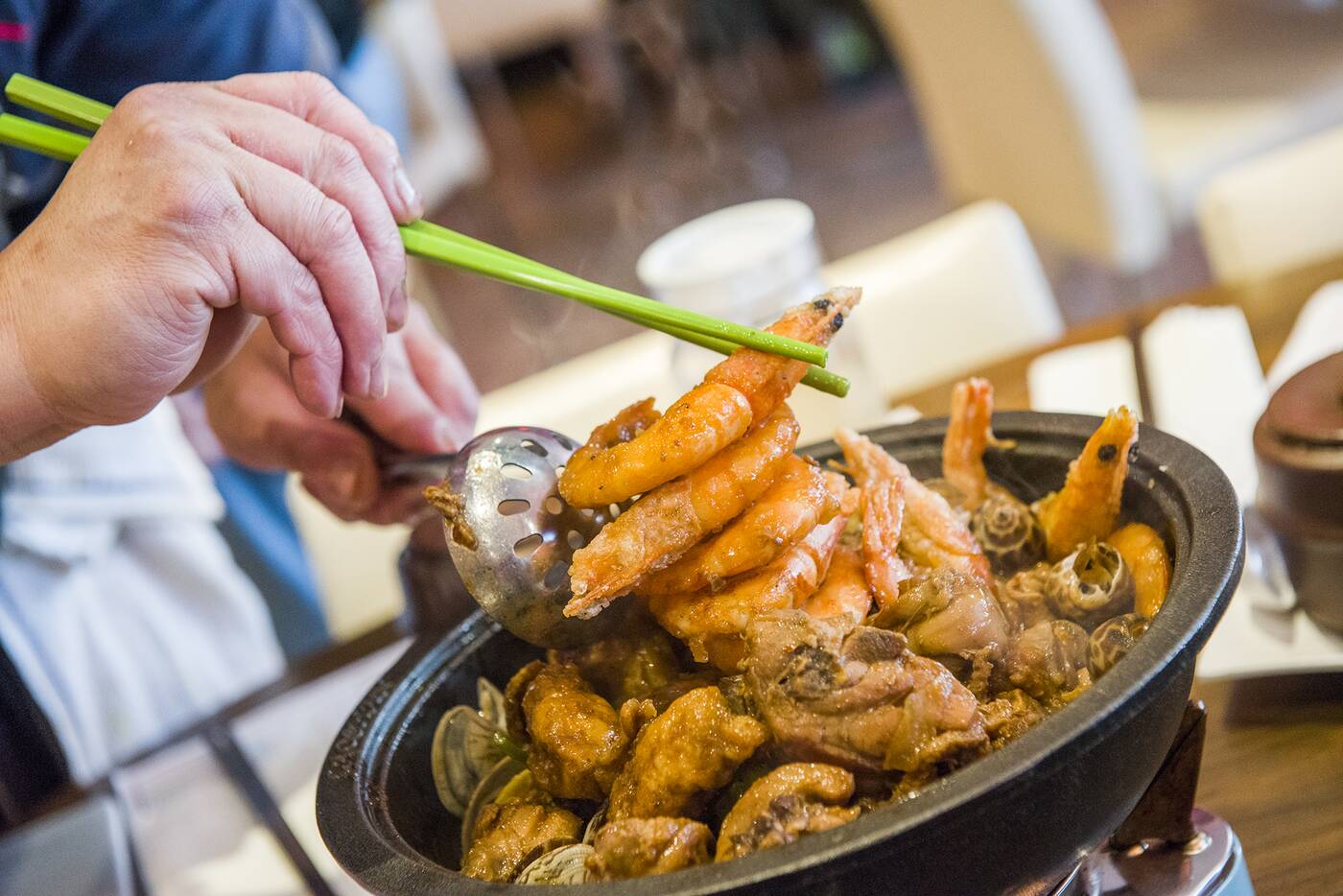 For an additional cost (approximately $30 to $58 extra, depending on ingredients requested) the restaurant also provides a seafood add-on that takes the chicken pot to the next level.

The light sweetness of the seafood marinade permeates into the chicken, enhancing the dish's flavour complexity. 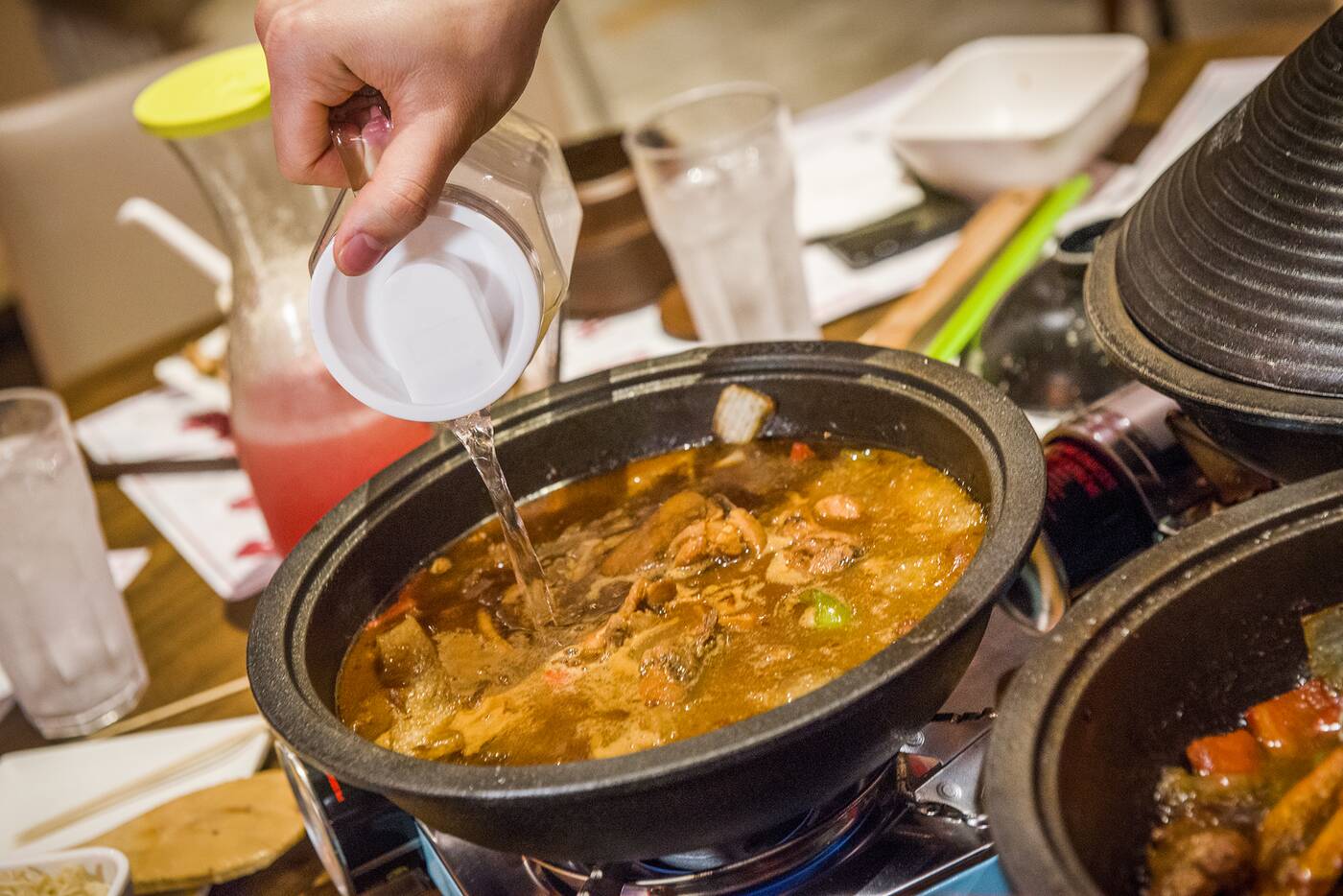 The marriage of chicken broth and leftover sauce creates one of the most flavourful broths I have ever had. The taste is so pronounced that no dipping sauce is necessary. 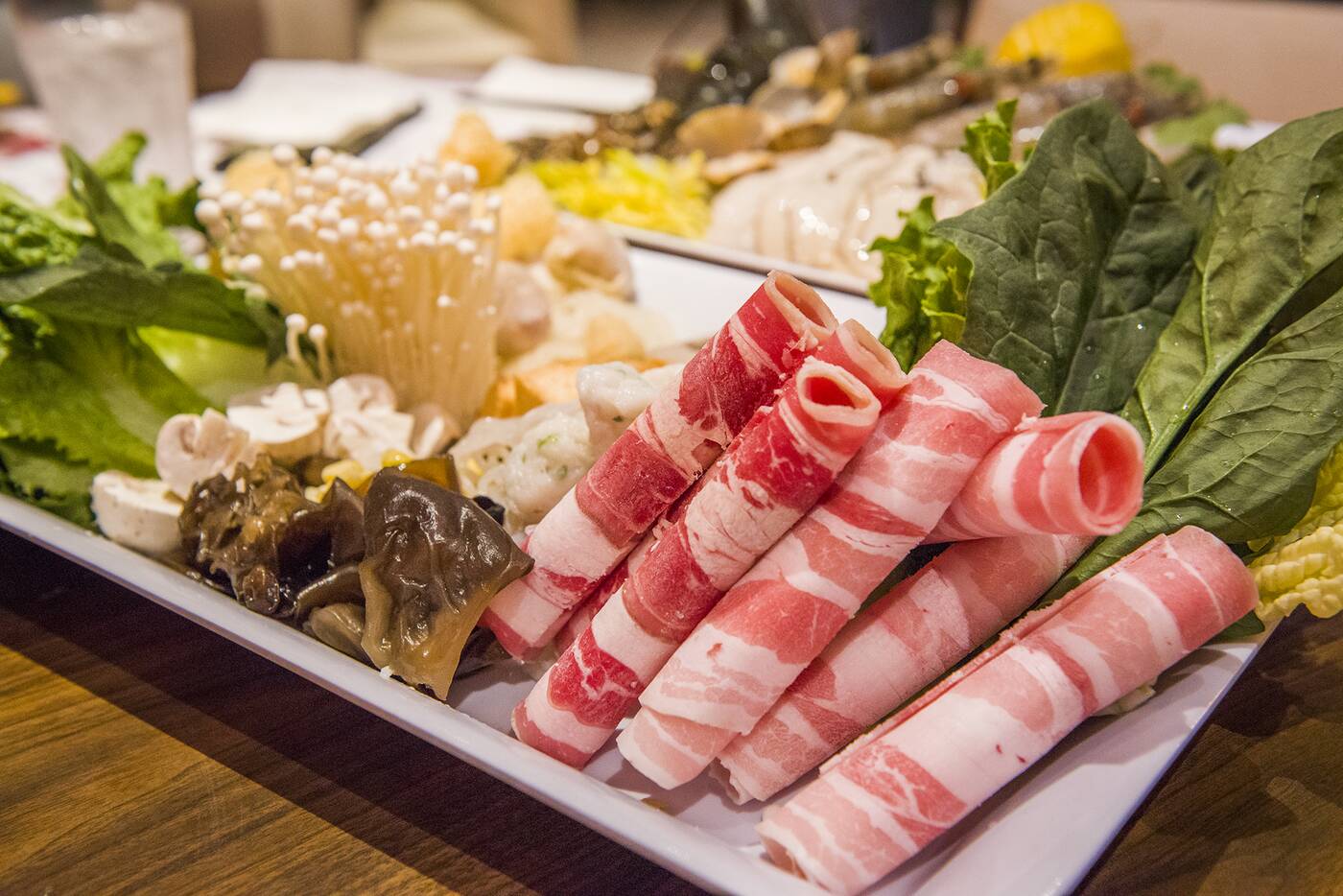 At this second phase of the meal, the experience is not unlike a conventional AYCE hot pot, where you can order a variety of sliced meats and vegetables. 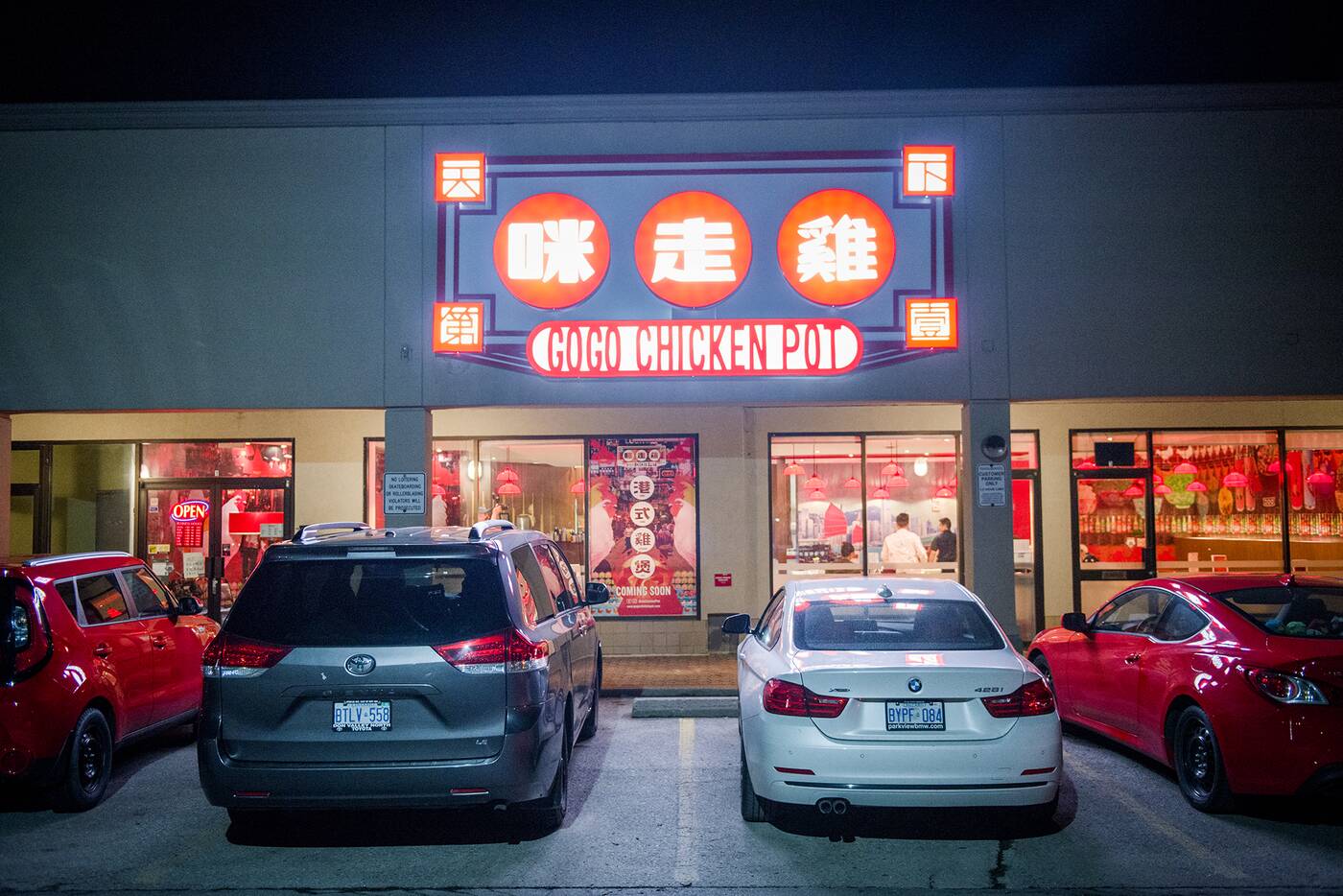