Goed Eten, an Ossington staple for almost two years since its move from Kensington Market , is from the same people behind King East's Le Petit Dejeuner and has become known for its Brussels-style waffles that can be ordered, most notably, in sandwich form. 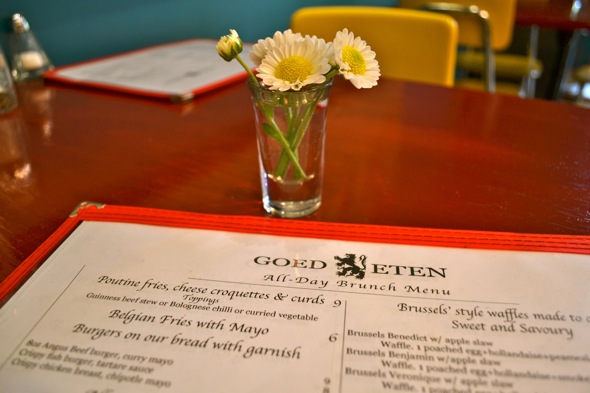 While waffle sandwiches might rule the day during the weekday lunch rush, we were here for a leisurely Saturday brunch and had our pick of non-sandwich brunch favourites from their All Day Breakfast selections including Eggs Benedict ($11), a breakfast crepe ($10), mushrooms and bacon on toast ($11), granola with yogurt ($7) and a couple of different omeletes ($10). 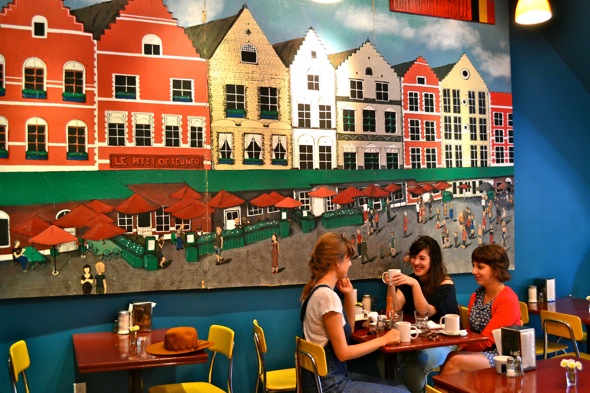 Diner chairs and tables, exposed brick, a wall-sized mural and retro Belgian beer paraphernalia fill the room, giving the restaurant more than a dose of character. As we snagged a table, we were promptly visited by a friendly server and after a few minutes had coffees and lattes ($3.50) in hand. 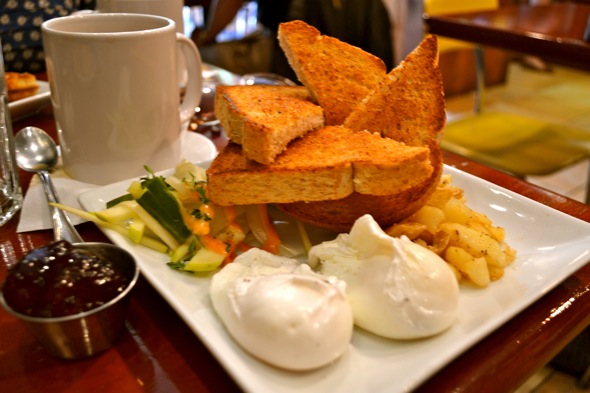 First up was a standard breakfast of poached eggs, red-fife toast, home fries and fruit (choice of bacon or fruit - $10). Although the homemade toast was hearty and fresh, the home fries were a bit bland and the eggs a bit hard. This dish was decent at best, and was a dull competitor in comparison to the other meals we ordered. 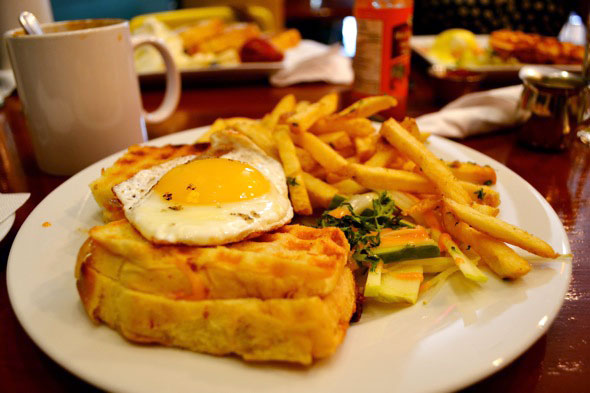 Next came a waffle pressed cheese sandwich, in the form of a Croque Madame ($10). Ham, Dijon and gouda pleasantly found its place within two perfectly crispy, buttery waffles and was topped with a too-gooey fried-egg sunny-side up. It was accompanied with perfectly crisp parsley-seasoned French fries and a tasty apple slaw with cucumbers and aioli. 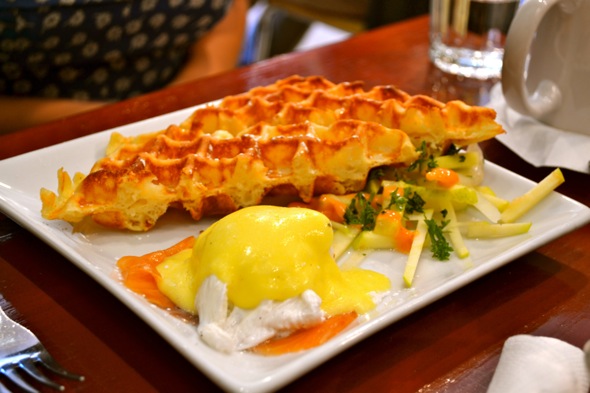 My Two friends who ordered the Caramelized French Toast with Fresh Fruit & Whipped Cream ($10) and the Brussels Benjamin (waffle, poached egg, hollandaise and smoked salmon - $12), were both impressed with their meals. The French Toast was rich without being too sweet, and the Brussels Benjamin boasted a flavourful hollandaise which distinctly complemented the texture of the crisp waffle.

During our meal, the restaurant wasn't overwhelmingly busy, and the environment was laid-back and comfortable. Without feeling rushed, the service was consistently attentive. I'd come back to enjoy Goed Eten's speciality -- the waffles and waffle sandwiches, or one of the Belgian beers on tap (Affligem Blond, Fruuli and Delirium Tremens). Goed Eten is open for breakfast/brunch and lunch Wednesday through Sunday. 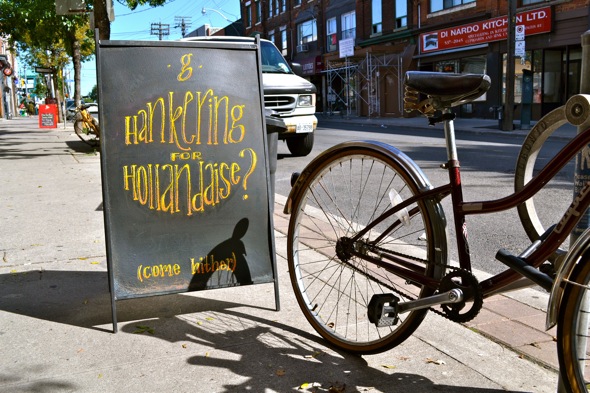 Writing and photos by Trish Starling