Hidden behind its dive-like exterior is an impressive menu of eats using traditional Mexican recipes. 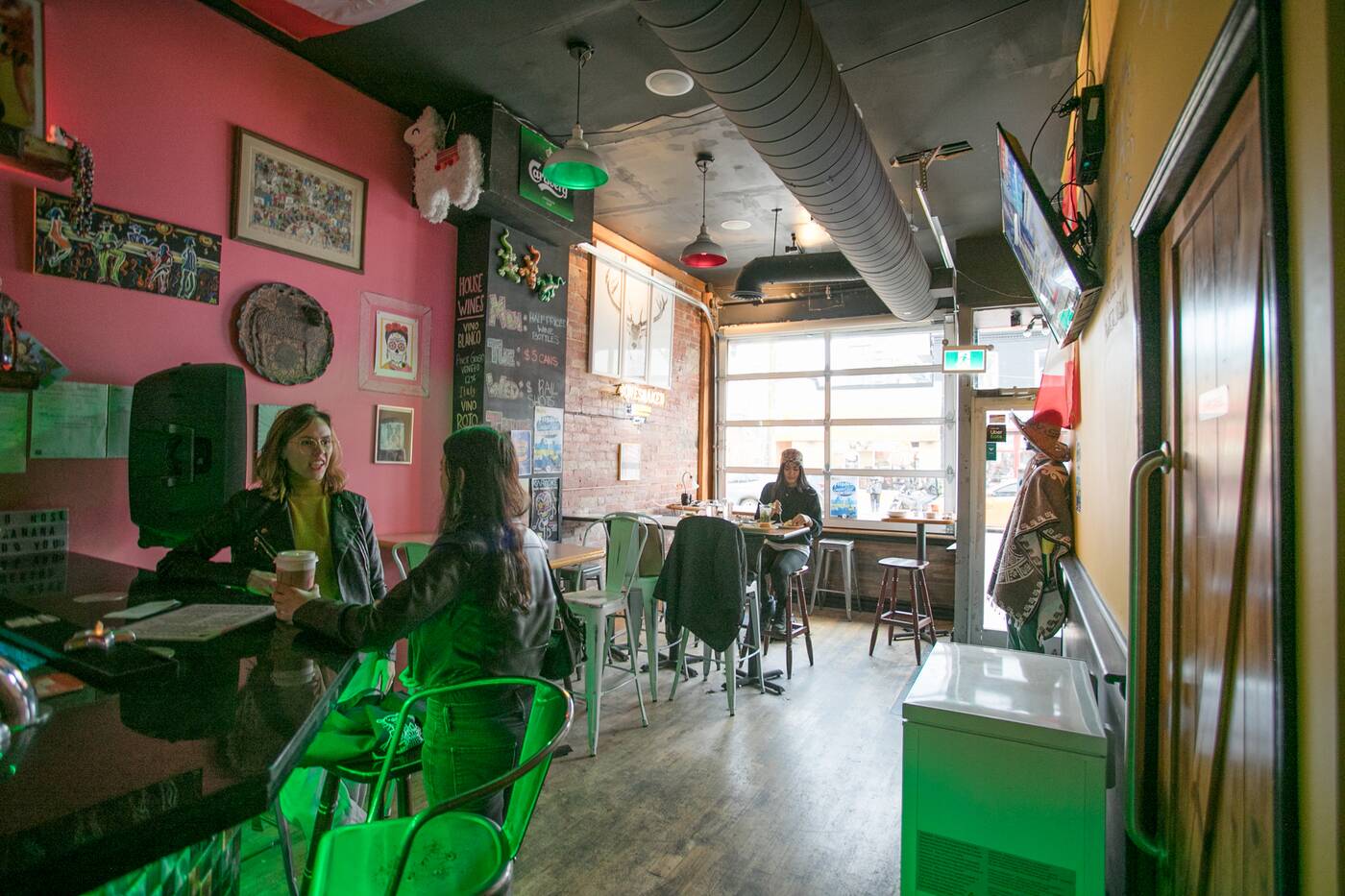 Straddling the line between a Mexican roadside beer haunt and American dive bar, it's surprisingly large, extending into the back with enough room to host Wednesday karaoke nights and live mariachi acts. 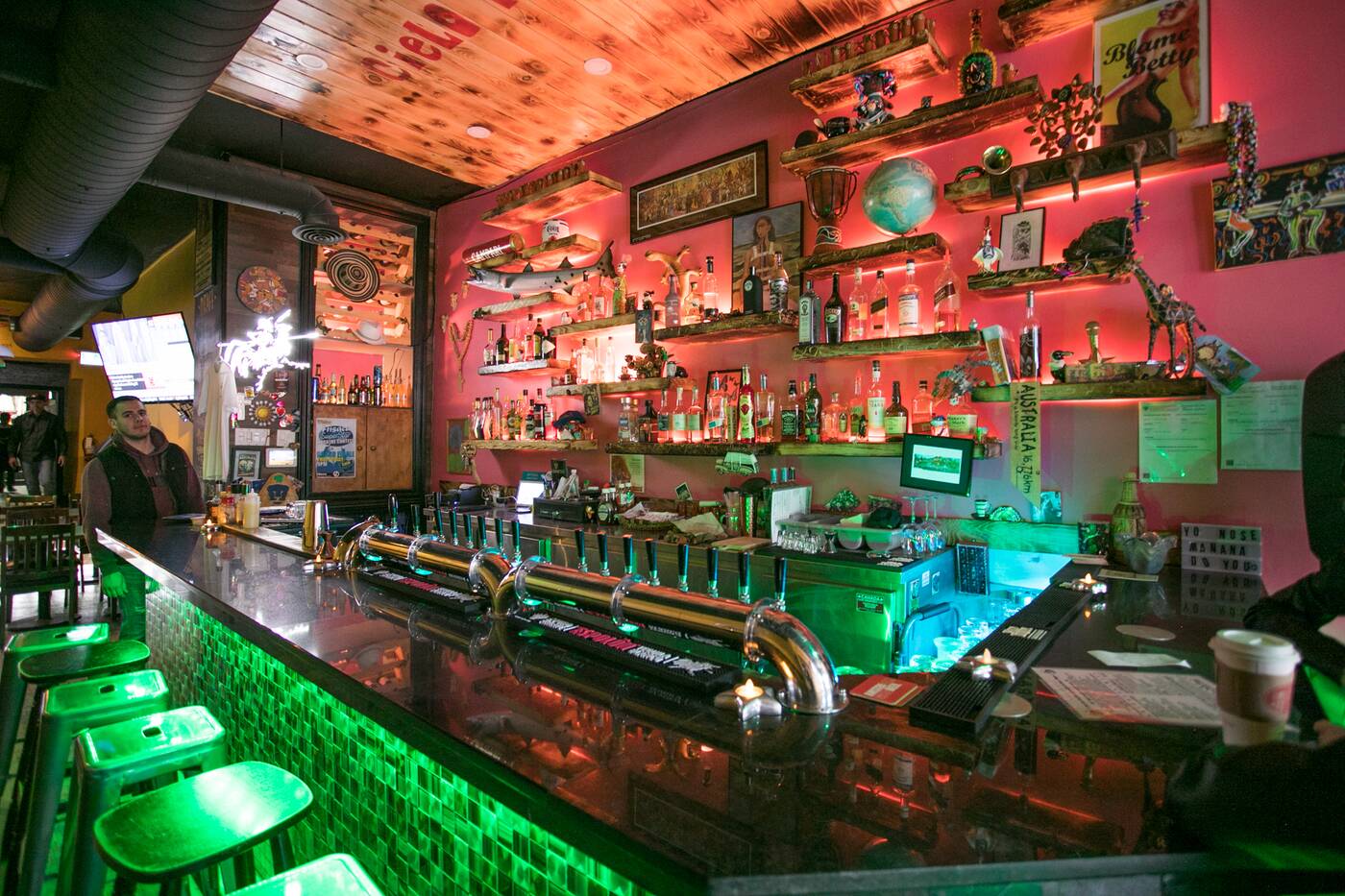 Owner Salvador Cerna, whose former gigs include the Scarborough staple Mexitaco and now-closed nacho and Betty's, says Frisaca is a portmanteau of his three children's names. 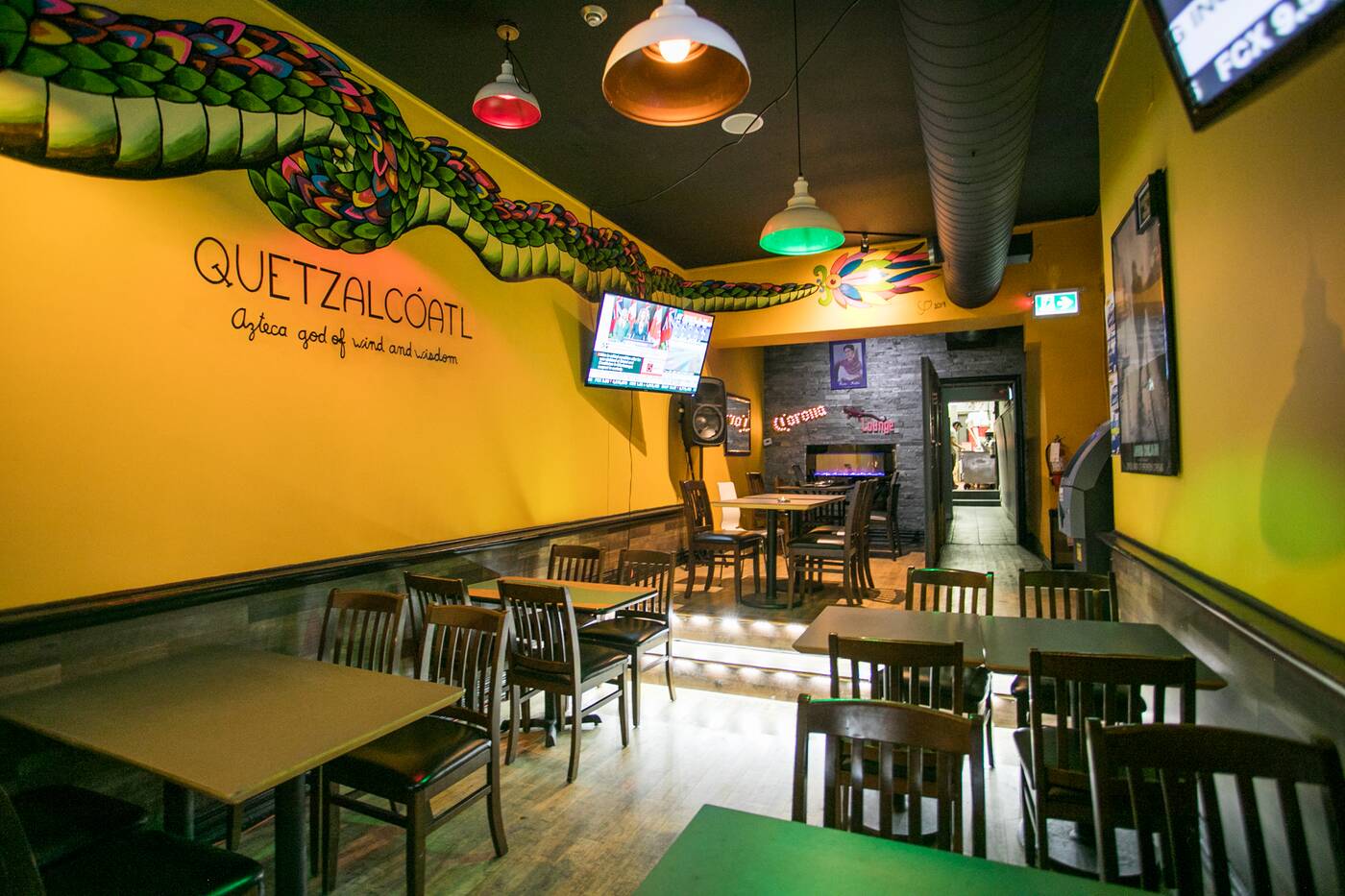 Jairo Ruiz runs the kitchen, using recipes passed down from his family, as well as from his time in culinary school in Monterrey on the menu. Everything from the tortillas to the sauces are made in-house. 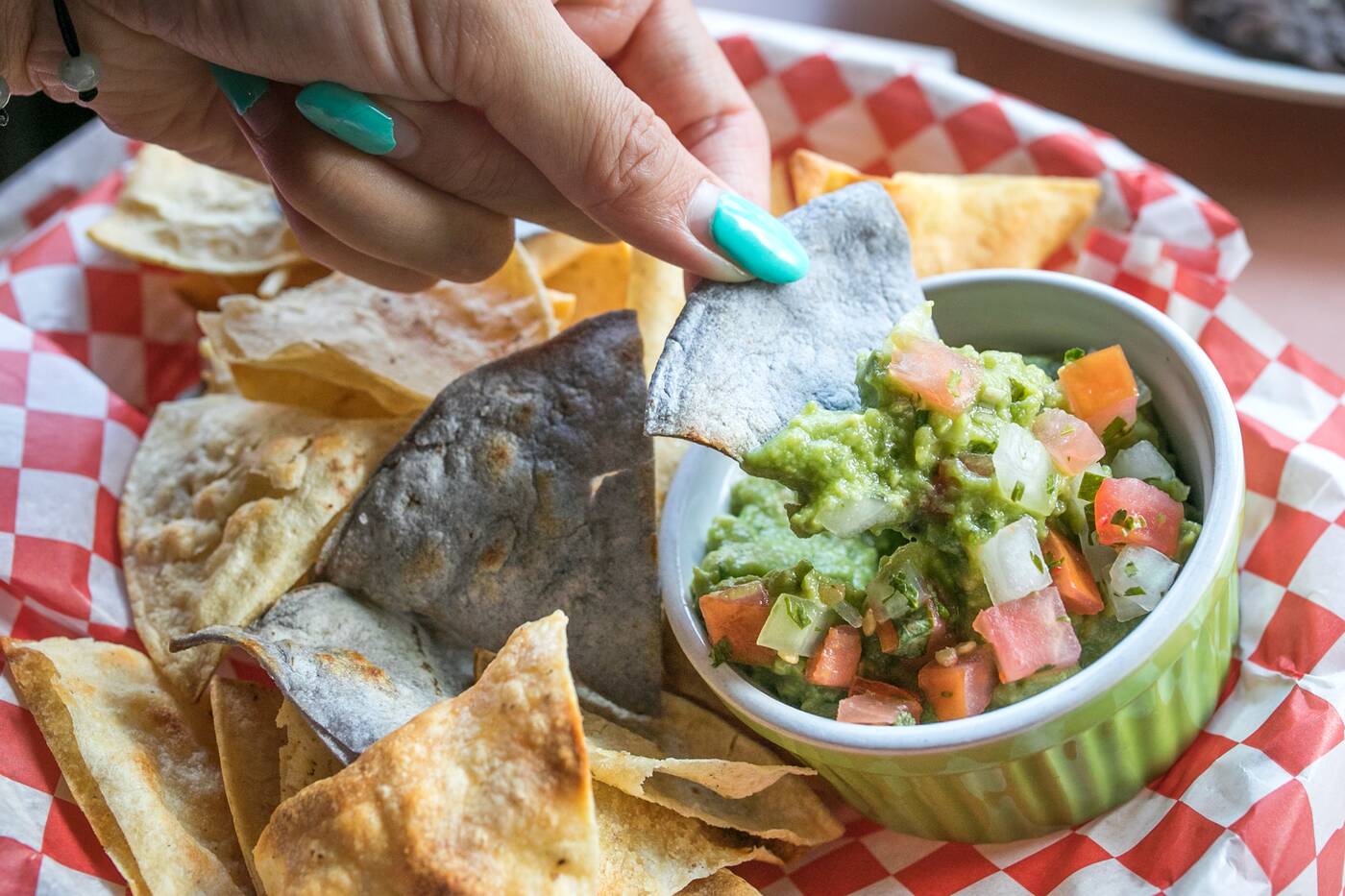 Guac and chips ($9) are awesome. Tortillas are oven-baked instead of fried, and contain no oil or salt. That doesn't make them any less delicious, just extra crispy and flavourful.

There are three types of tacos here ($14 per order of four). 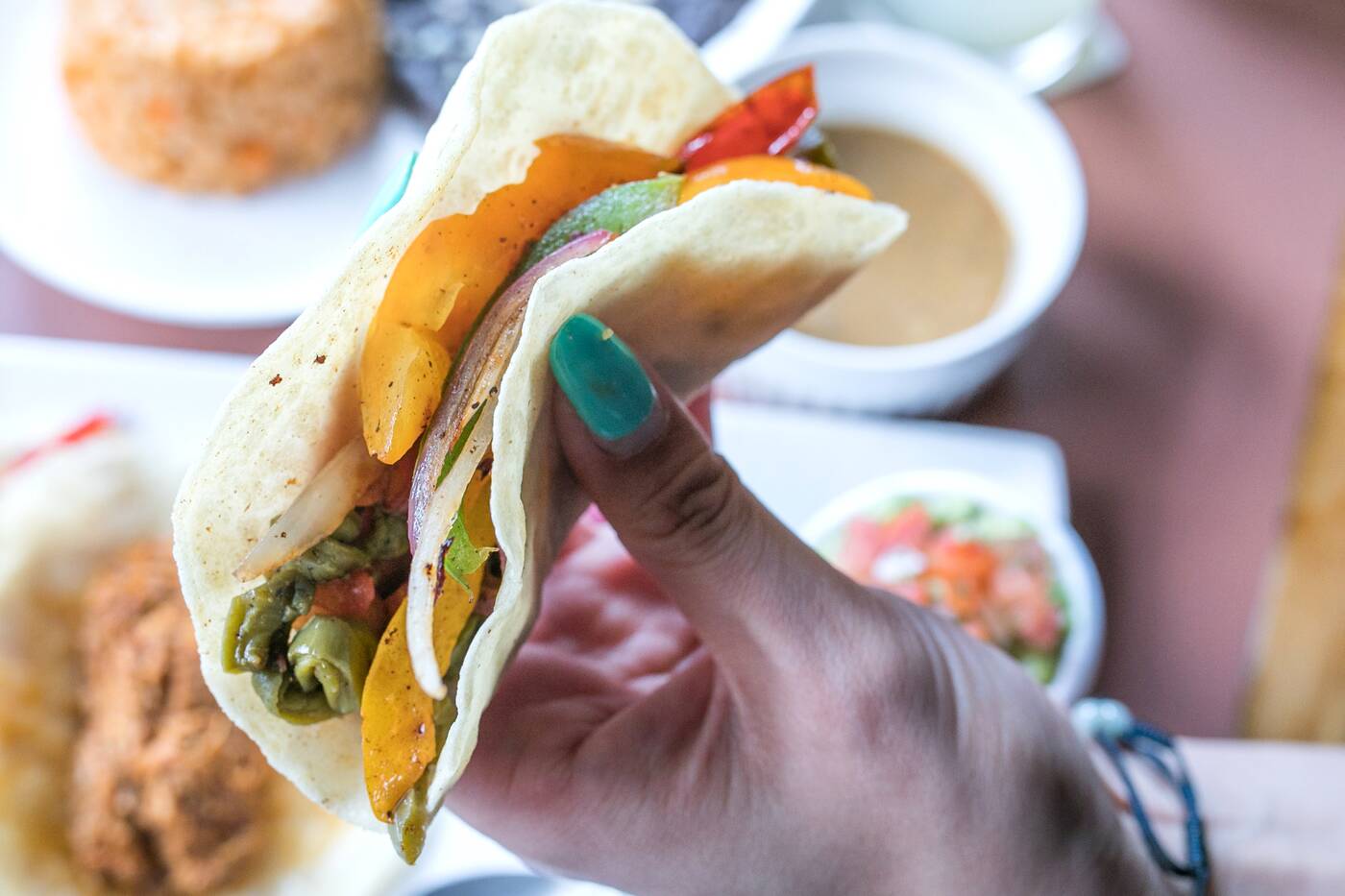 We order one of each. The Rude Rabbit vegan comes with prickly pear cactus, three types of sauteed peppers, and a side of salsa and guac. 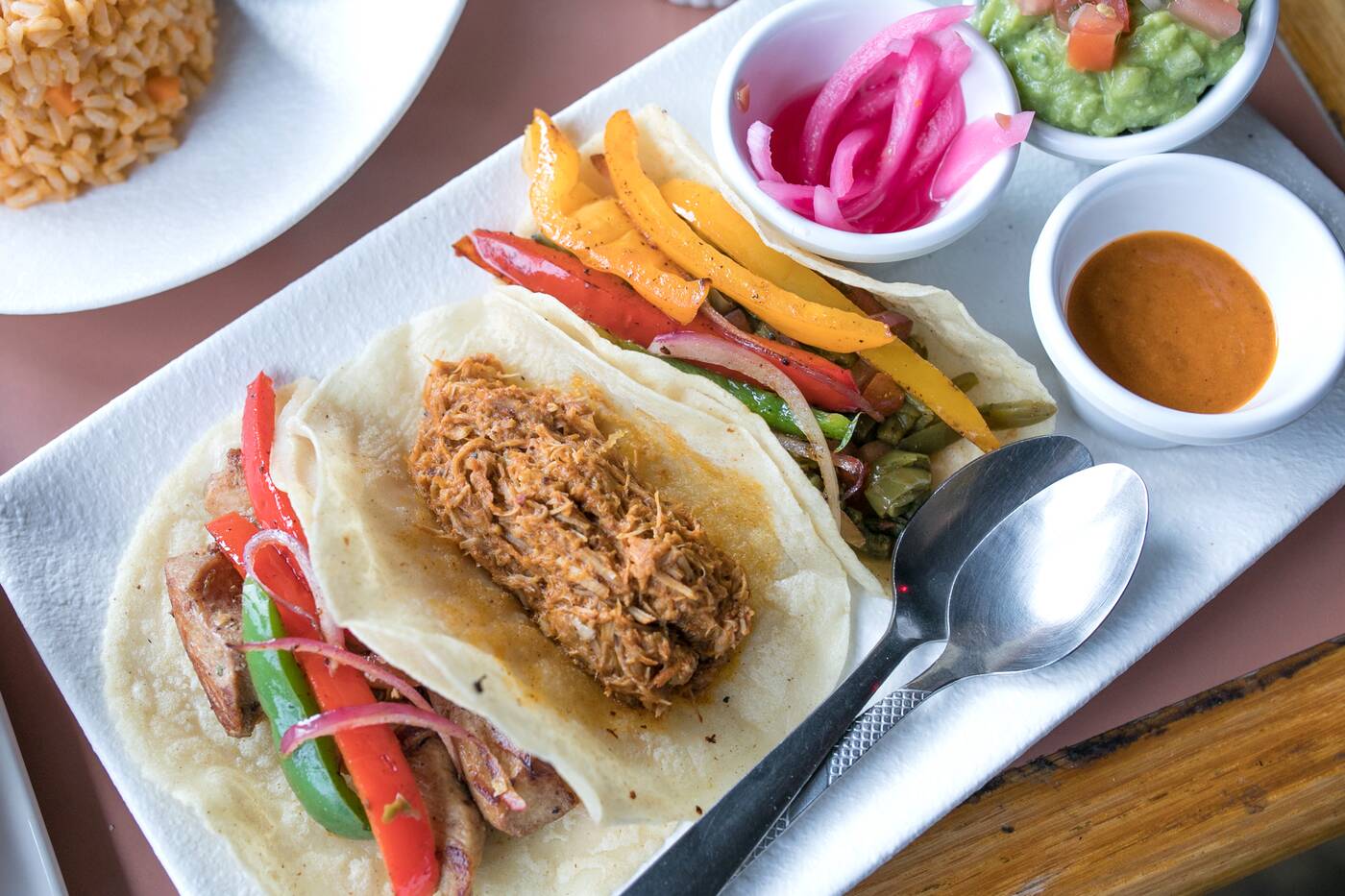 There's another with chicken, but the cochinita pibil is my favourite, offering up marinated slow-roasted braised pork in a special achiote paste. It's served with a side of xnipec, a habanero pepper salsa from Yucatan. 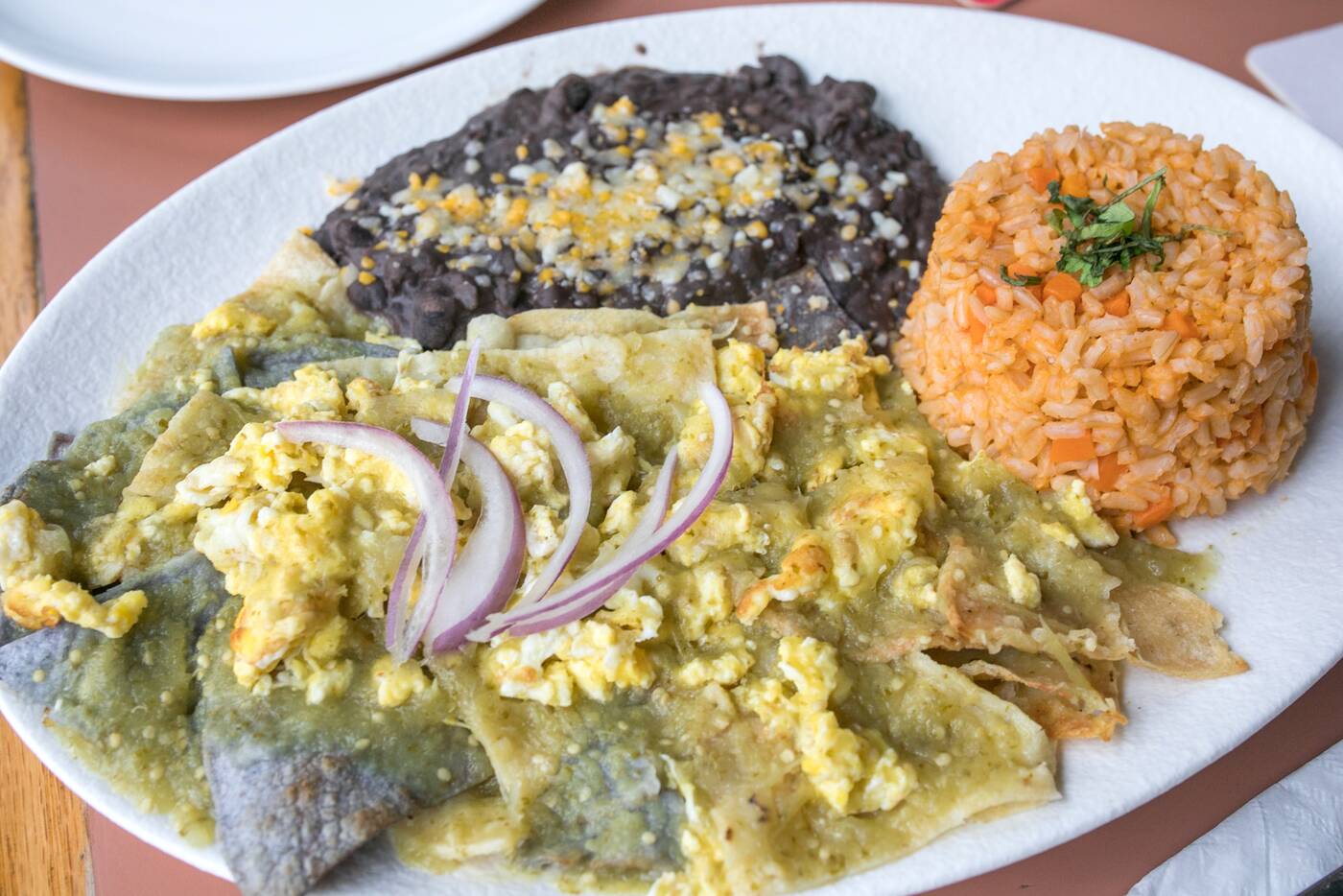 Available during the week but most popular during weekends are brunch dishes — $12 each — like the huevos rancheros, or my personal favourite: the huevos con chilaquiles. 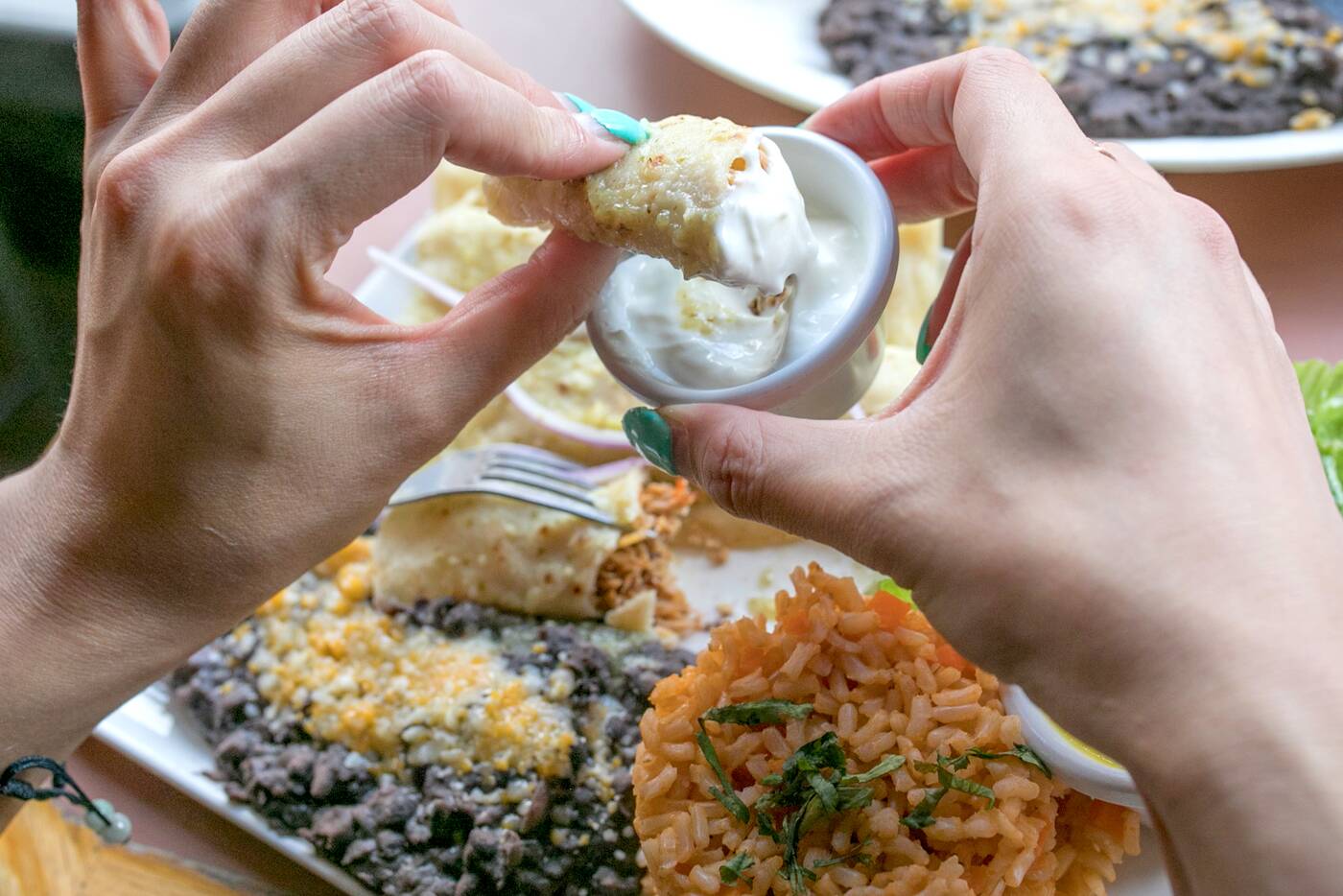 You'll get an appetizing mess of scrambled eggs on tortilla chips, doused in salsa verde with refried beans and steamed arroz rojo (a Mexican-style tomato rice) with carrots. 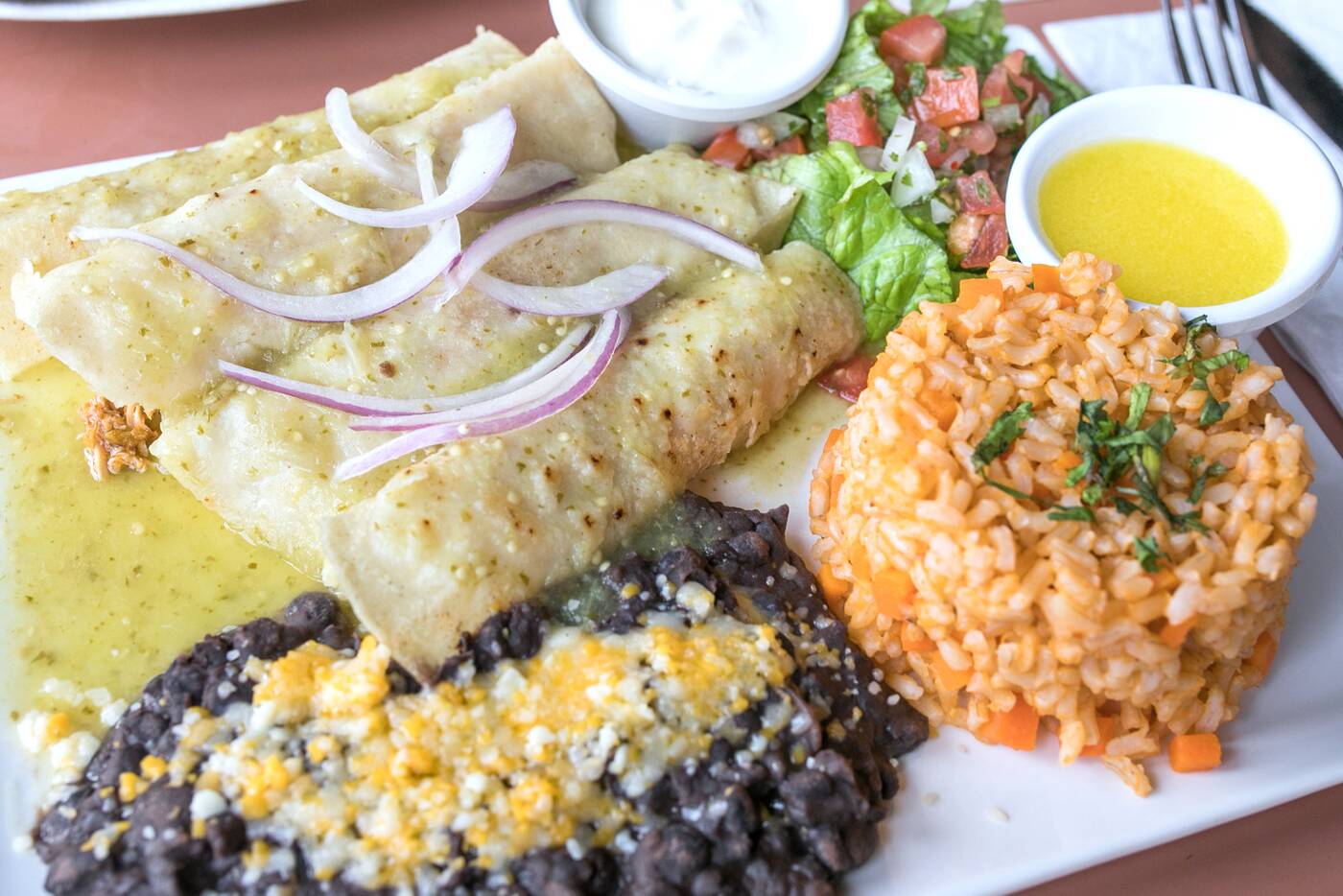 An order of enchiladas comes with four handmade tortillas with salsa verde, sour cream, refried beans, arroz rojo and a side of salad. 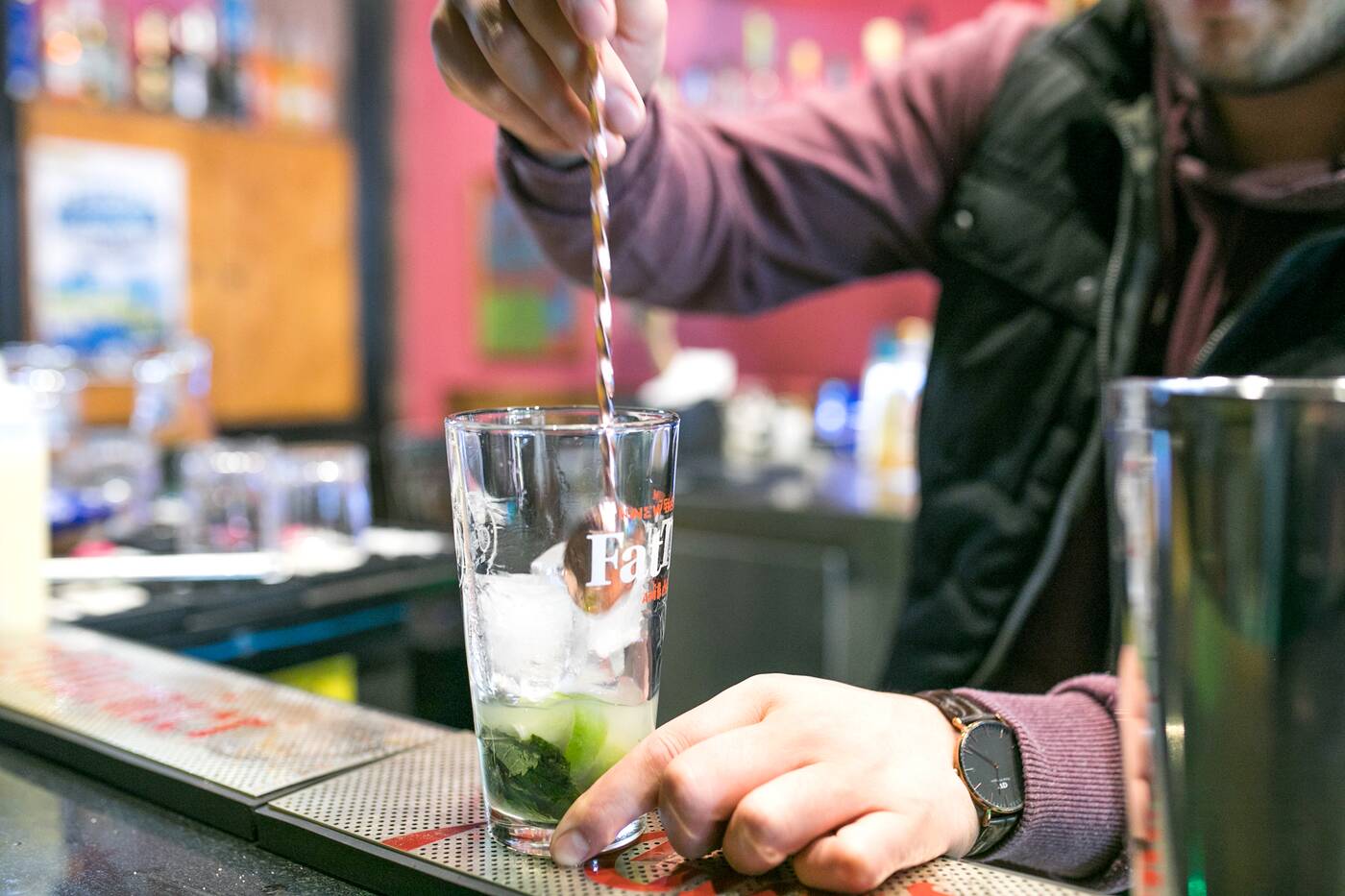 There are local beers available on tap, daily drink specials, and a few tequilas and mezcals on the list. 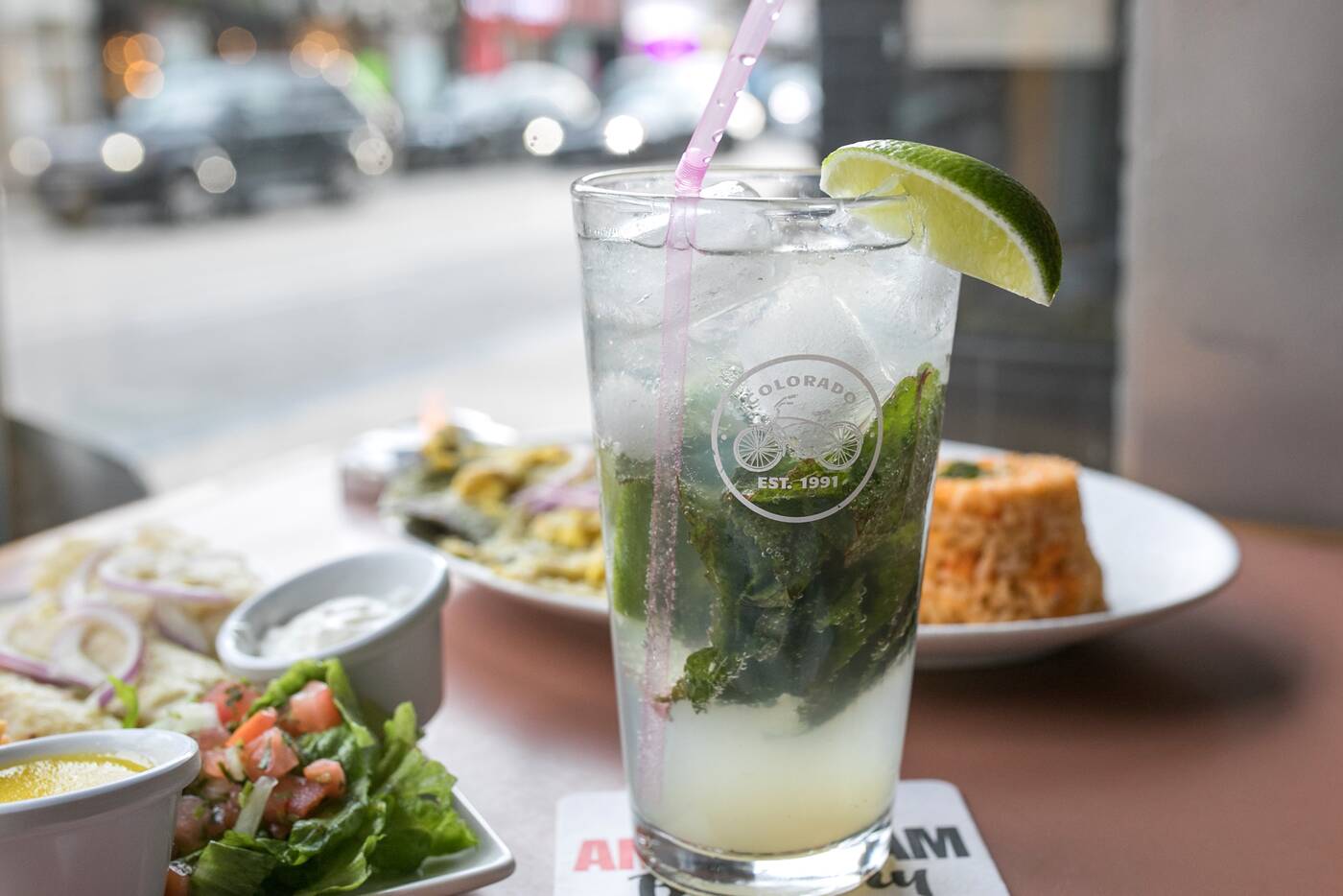 A mojito uses mint sourced from the BIA planters on West Queen West. 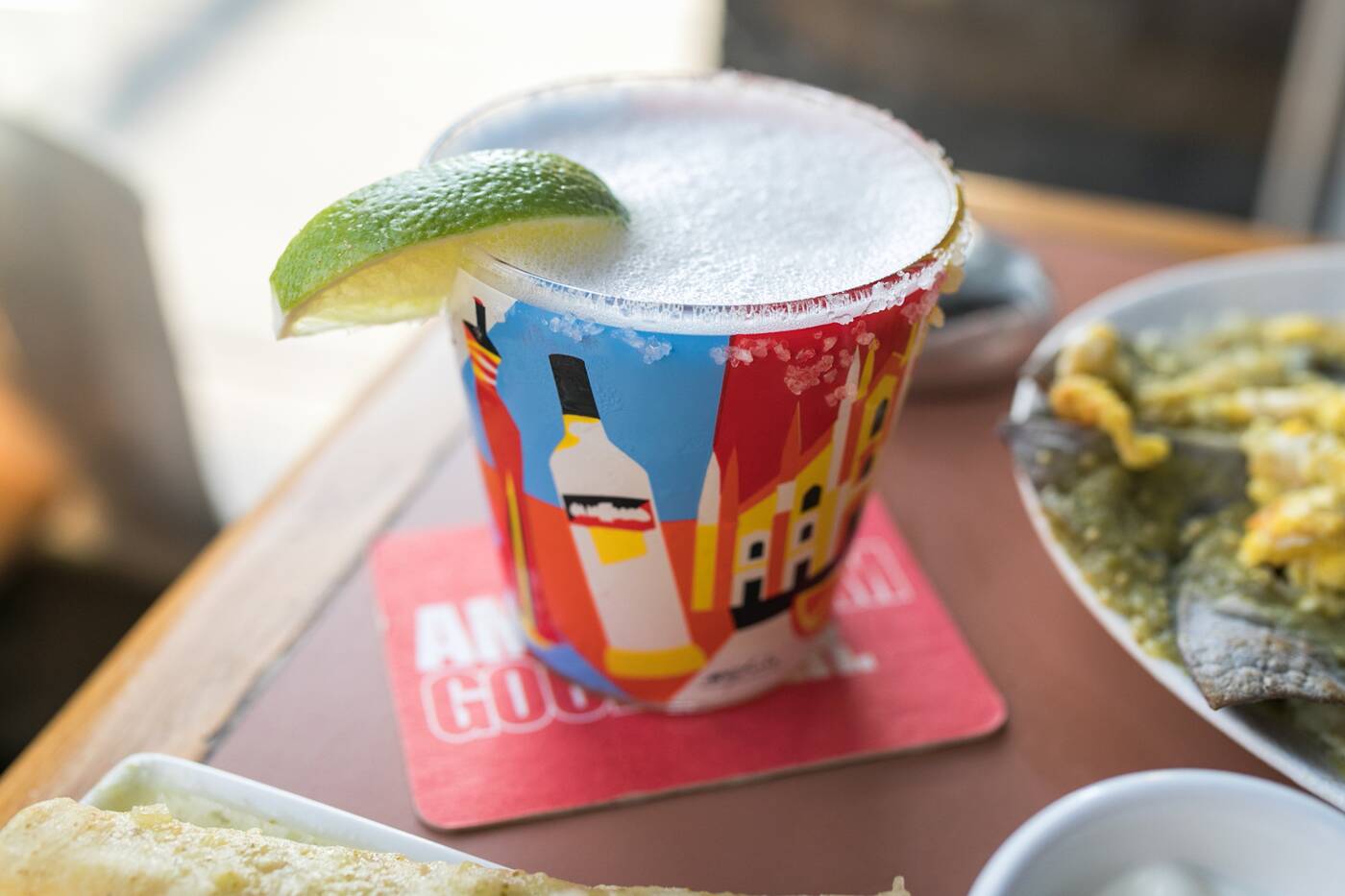 A salt-rimmed margarita is pretty deadly. 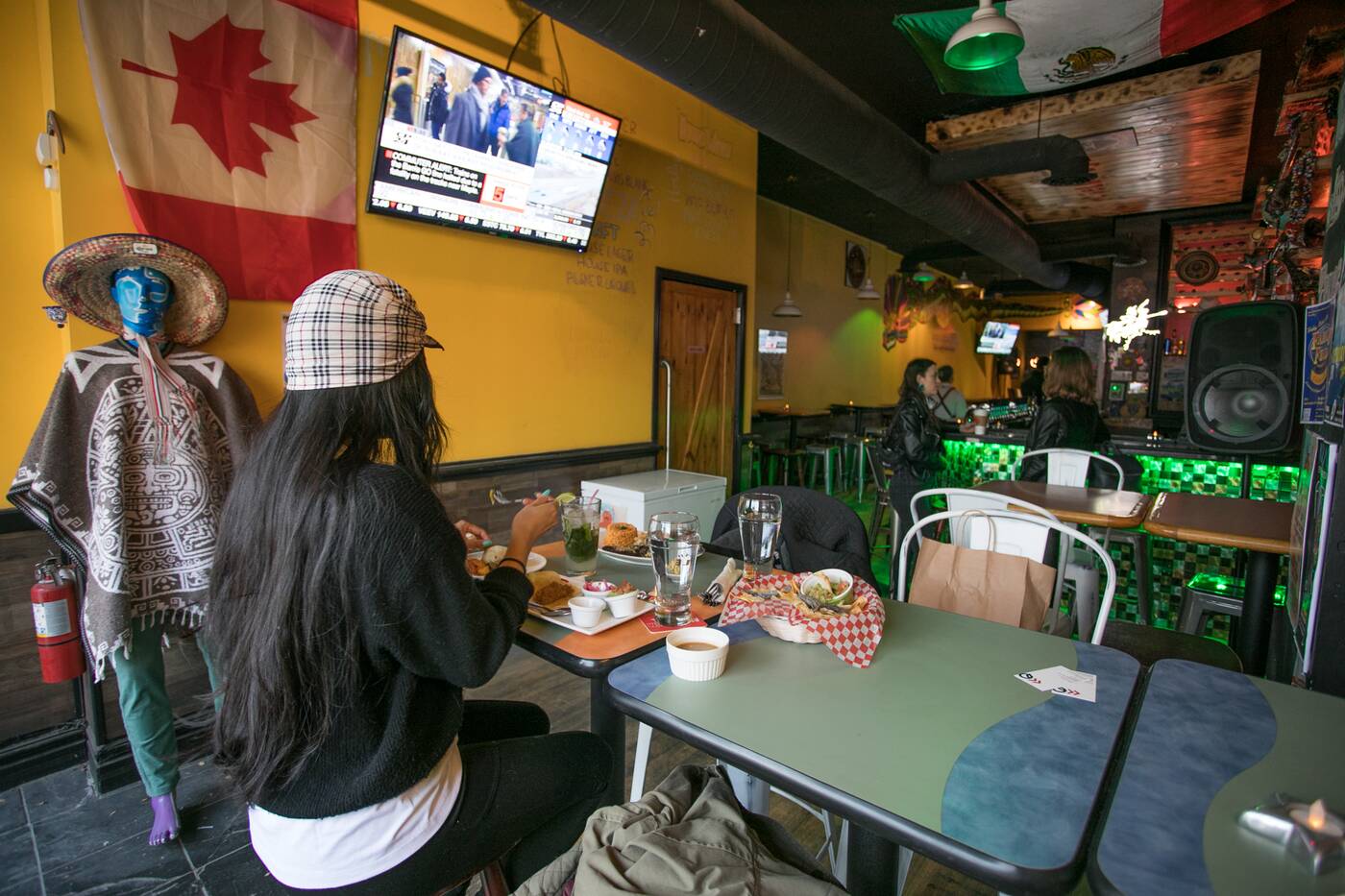 It's not hard to glaze over Frisaca at first glance, but located squarely at Queen and Bathurst, it shouldn't be missed as a go-to fix for authentic Mexican eats. 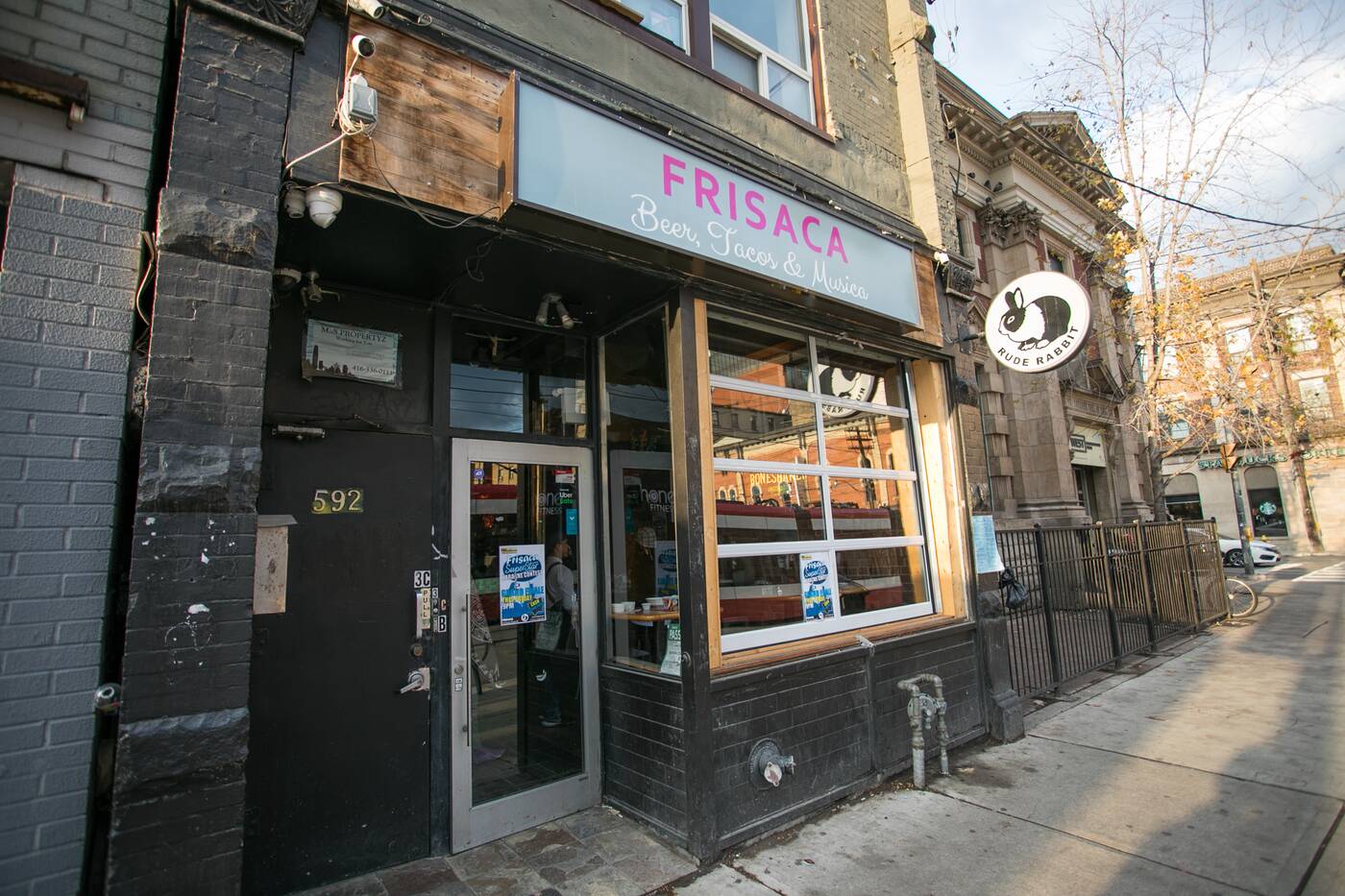