Forth Avenue is a cozy kitchen and bar on the Danforth east of Coxwell that courts locals with a fresh, sustainable, and local approach to its menu.

The restaurant is the product of a foursome of longtime hospitality workers, Lindsay Kaltenback, Erin McCormack, Ryan Kowalyk, and Sean McNulty. They've partnered with their landlord Jack Keough, who converted the space from retail to a restaurant before bringing on the team. 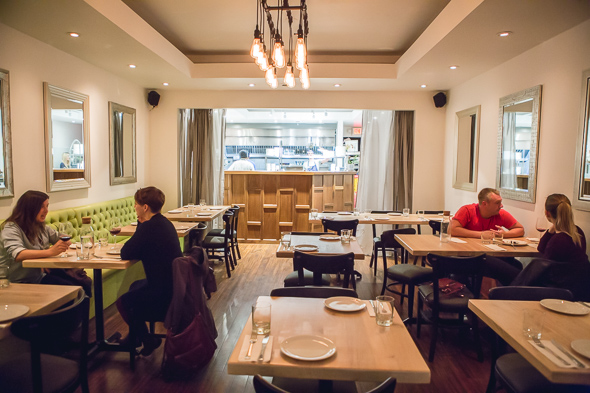 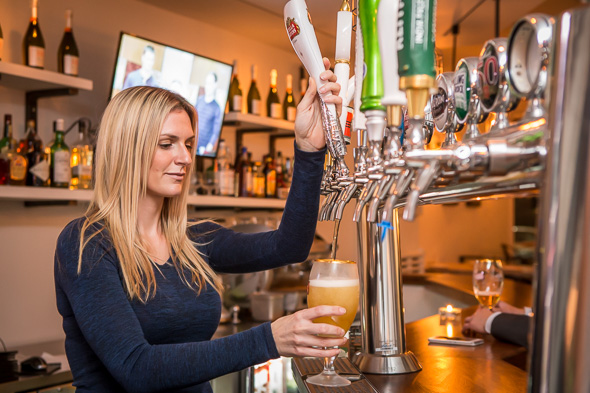 The bar boasts eight taps which sell for $6 to $7 per pint, and familiar cocktails like a frothy Amaretto Sour ($11). 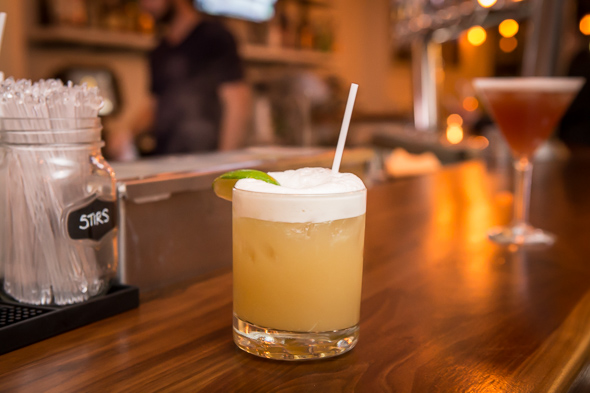 The menu from Kowalyk is also approachable featuring crowd-pleasers like a charcuterie and cheese boards ($16/small or $25/large) served with a chef's selection of goodies. 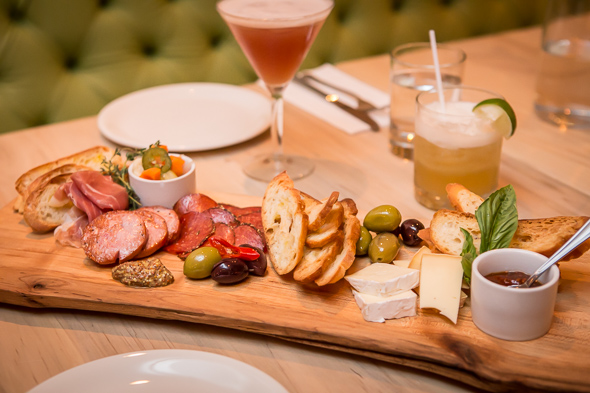 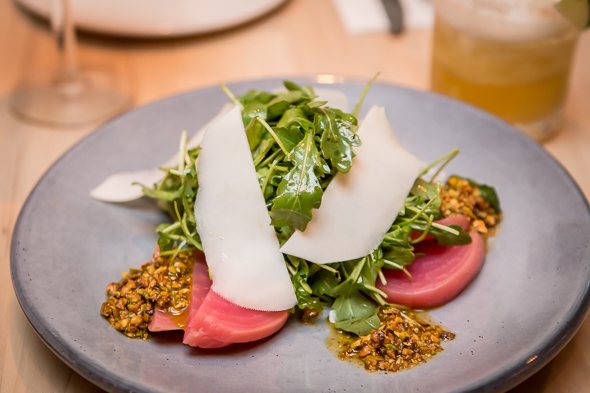 The beet salad ($11) is another familiar fave but instead of the oh-so familiar combo of chĂ¨vre and walnuts, here the pink candy cane beets are dressed with a pistachio pesto and paired with goat gouda. 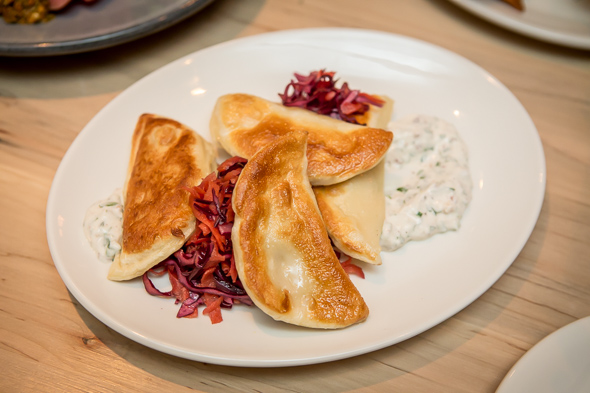 The pierogi ($10) are a standout. Drawing on his Ukrainian heritage, Kowalyk makes chewy crescent-shaped dumplings stuffed with potato and cheese. They're boiled then pan fried until nicely crisped and browned and served over herbed bacon sour cream with a tangy cabbage and carrot slaw on the side.

The house burger ($15) is another winner. The meat is sourced from nearby Royal Beef and ground fresh daily. The bun is also fresh, brought in from Brick Street . I have mine flat top seared so that the exterior is caramelized but the centre is still a deep pink.

The fries on the side are really stellar; they're thick and chunky and gold on the outside and almost like mashed potatoes inside, while the garlic lemon aioli served on the side is addictive. 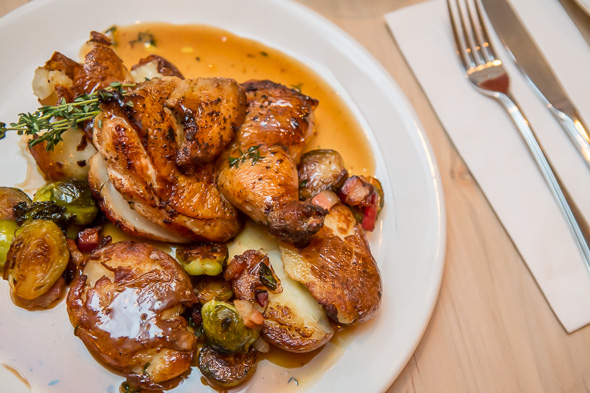 The rest of the mains are devoted to hearty, everyday comfort foods. There's spaghettini with meatballs ($18), steak frites ($29), and a roasted Cornish hen ($20) featuring a half bird served with au jus and smashed red skin potatoes alongside brussel sprouts roasted with double smoked bacon. 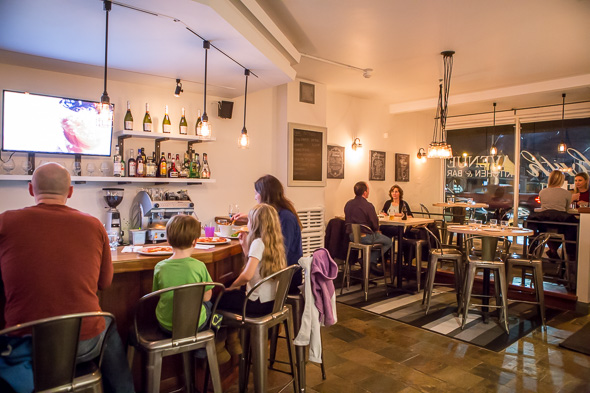 Admittedly, the crew at the Forth Avenue is trying to get back to basics rather than chasing trends. The broad appeal of this place continues with a kids menu featuring $6 to $8 dishes with a drink included, plus classic brunch served on weekends. 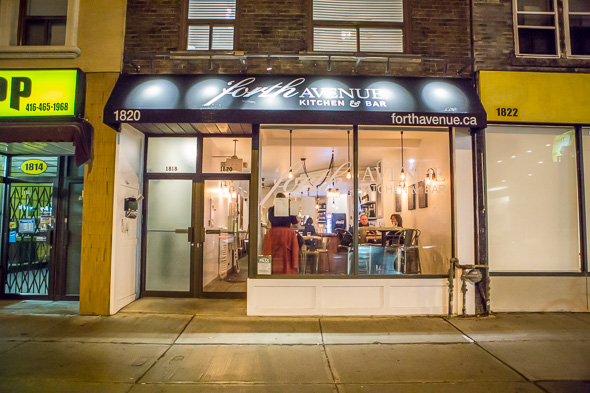