Fearless Meat is named for their embrace of a sincere love of meat and willingness to sell it for low prices, their slogan being “tender as a butcher’s heart.”

Founder David Brown has 48 years as a butcher under his belt and has written food columns for the Star as just some of his many contributions to the community. 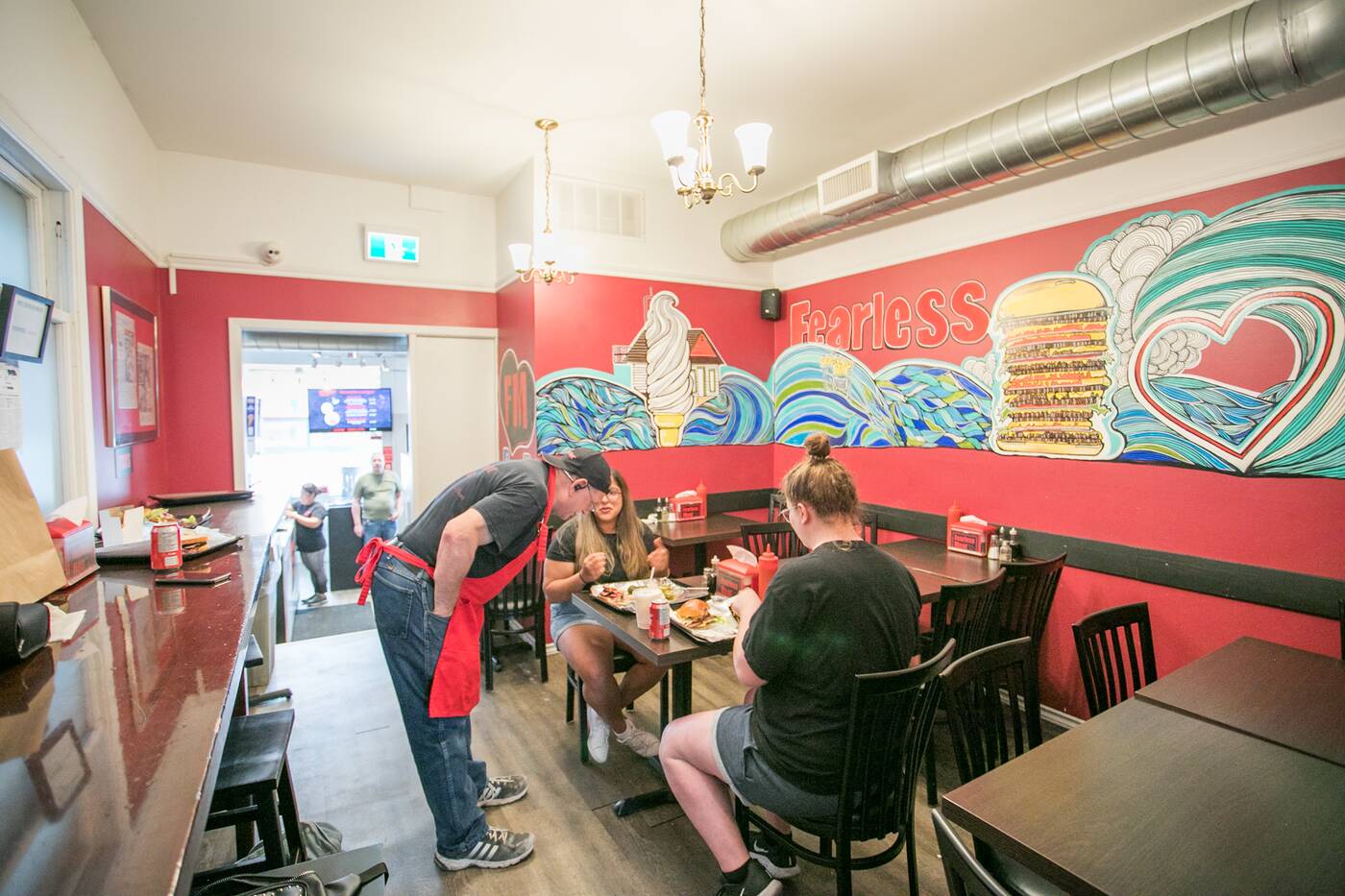 He owns the building Fearless Meat is housed in, formerly home to a store with an apartment up a set of steps at the back, which is now a dining area decorated with a mural by Angela Ehrhardt. 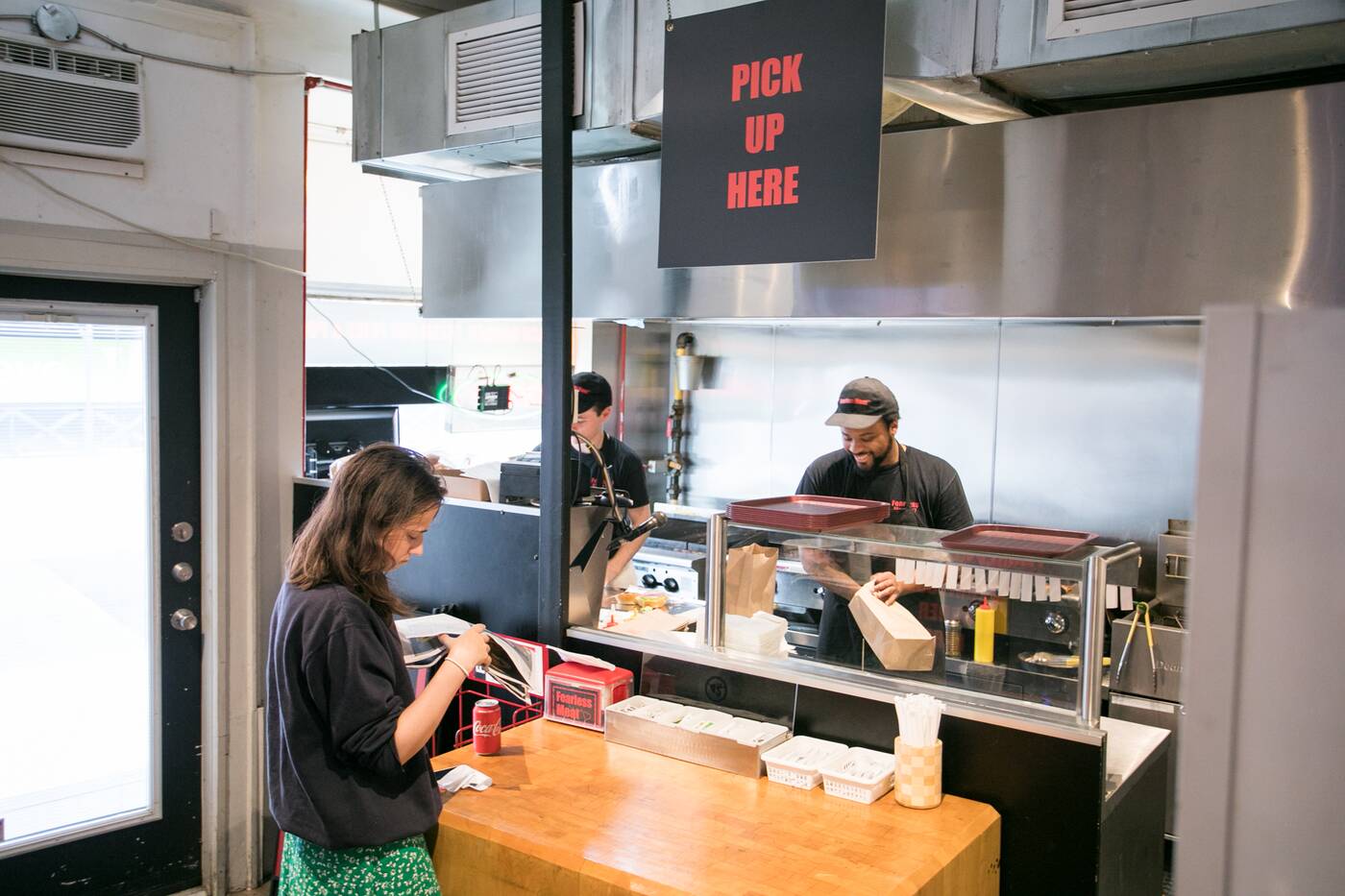 An 80-year-old butcher block takes up residence in the front takeout area, a small patio in the driveway on the side. 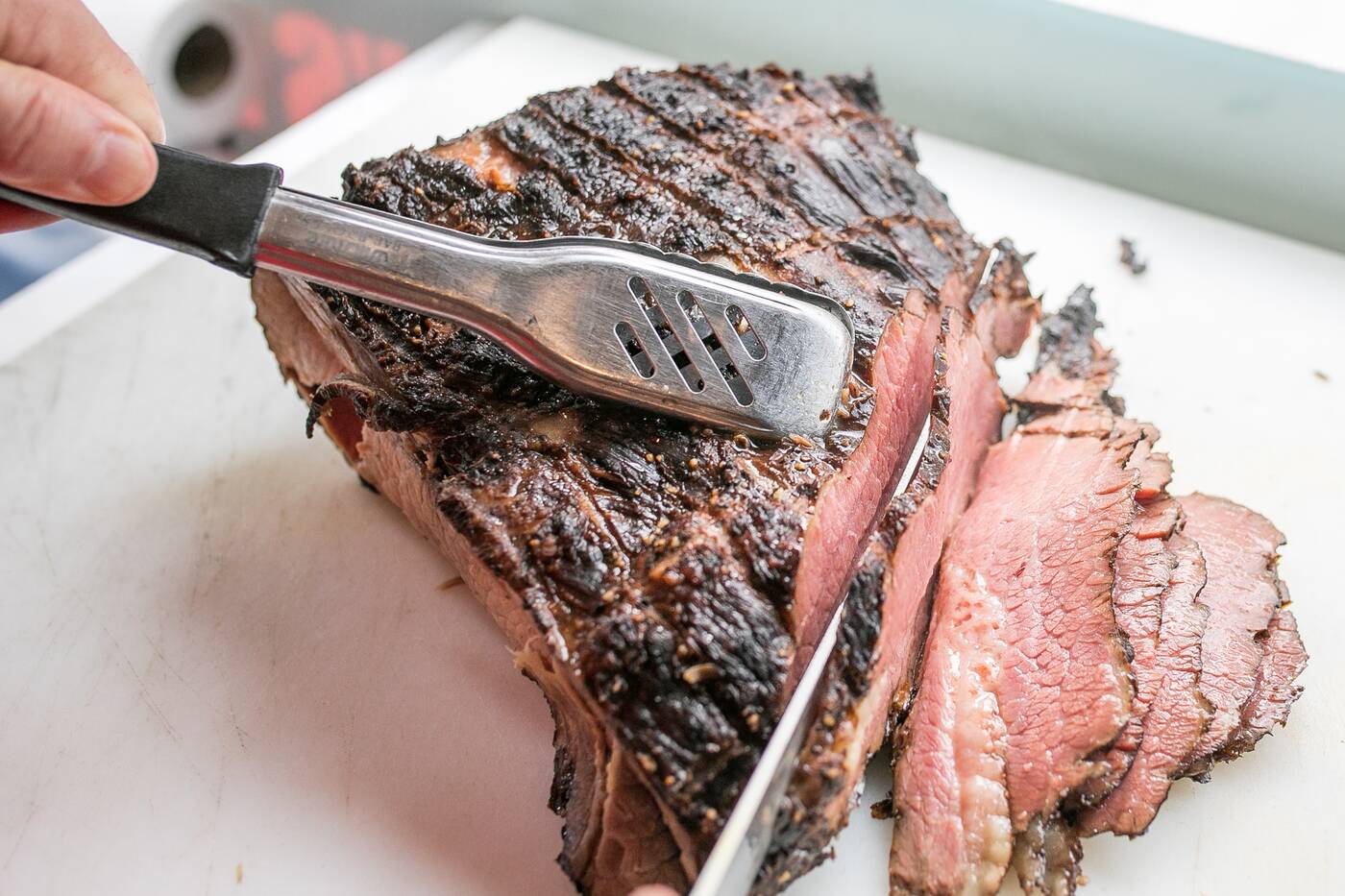 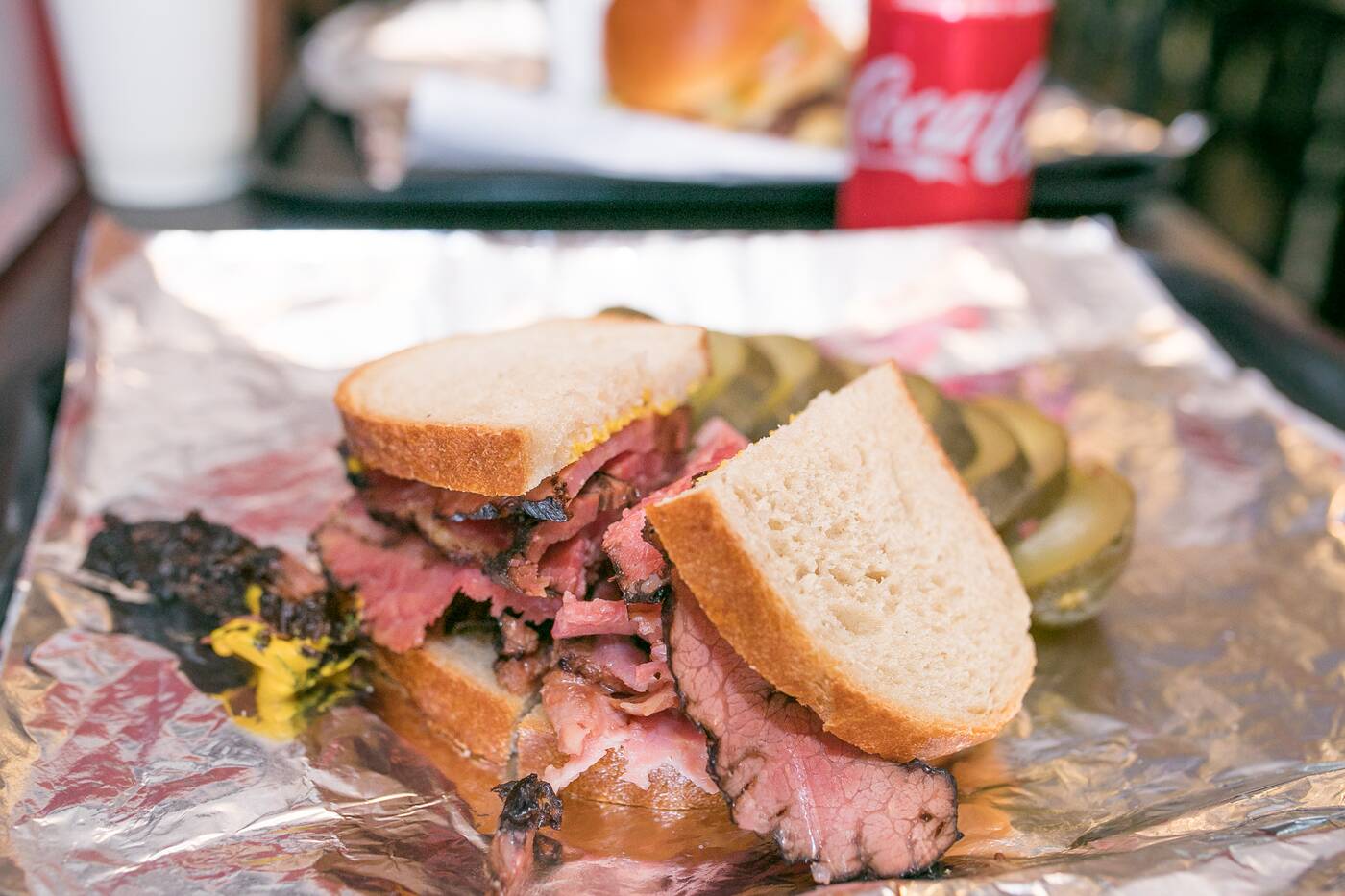 It goes into (what else) Montreal Smoked Meat sandwiches ($7.99), piled high on rye with yellow mustard, though you can also opt for a bun or Dijon.

If you like your Montreal smoked meat sliced thick by hand, you’re in luck, and the fatty, mildly spicy flavour of the brisket itself is inimitable.

It’s perfectly accompanied by a Strub’s old fashioned kosher dill pickle for a dollar, sliced thick on a bias so it’s super juicy and crunchy. 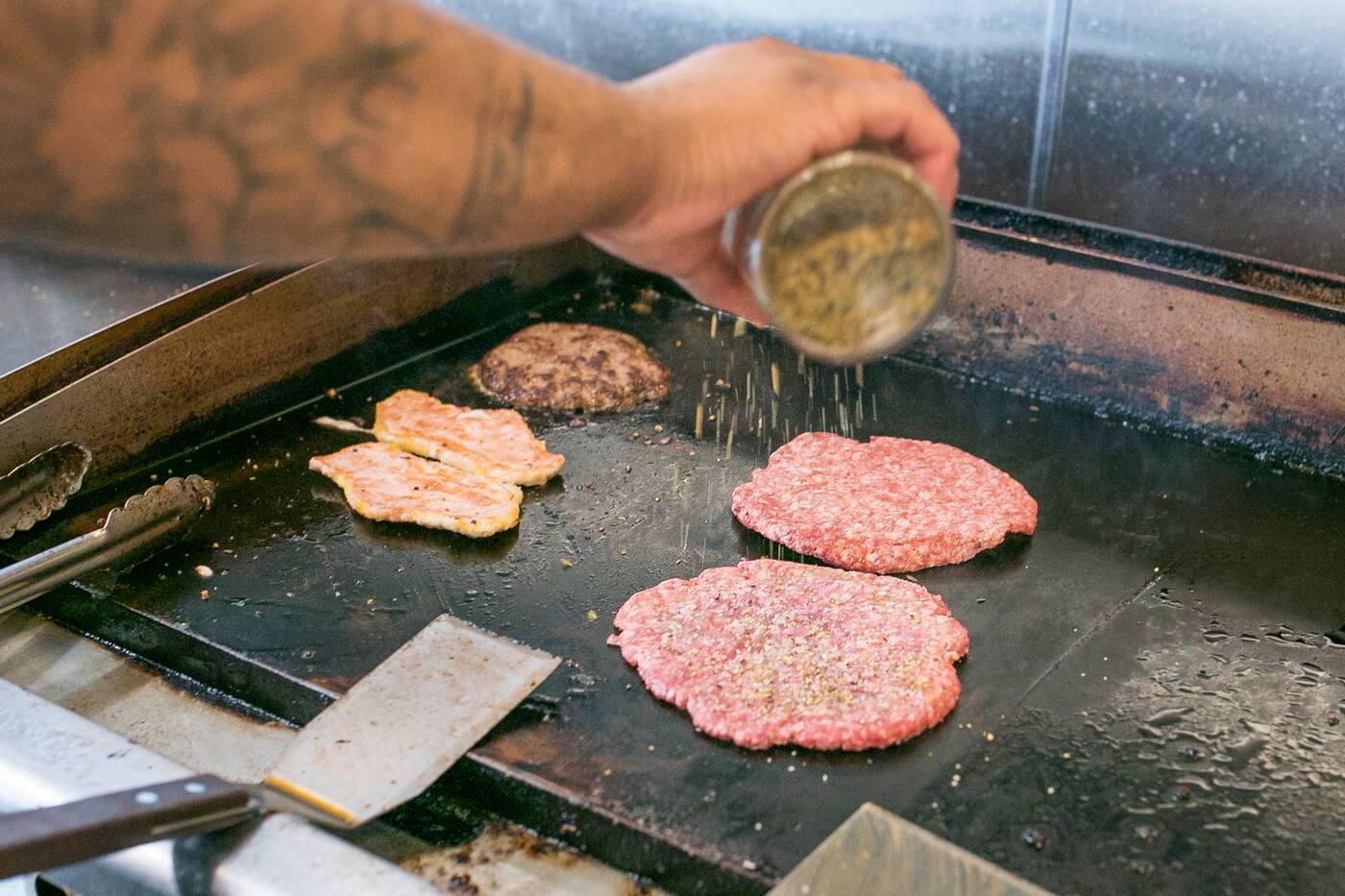 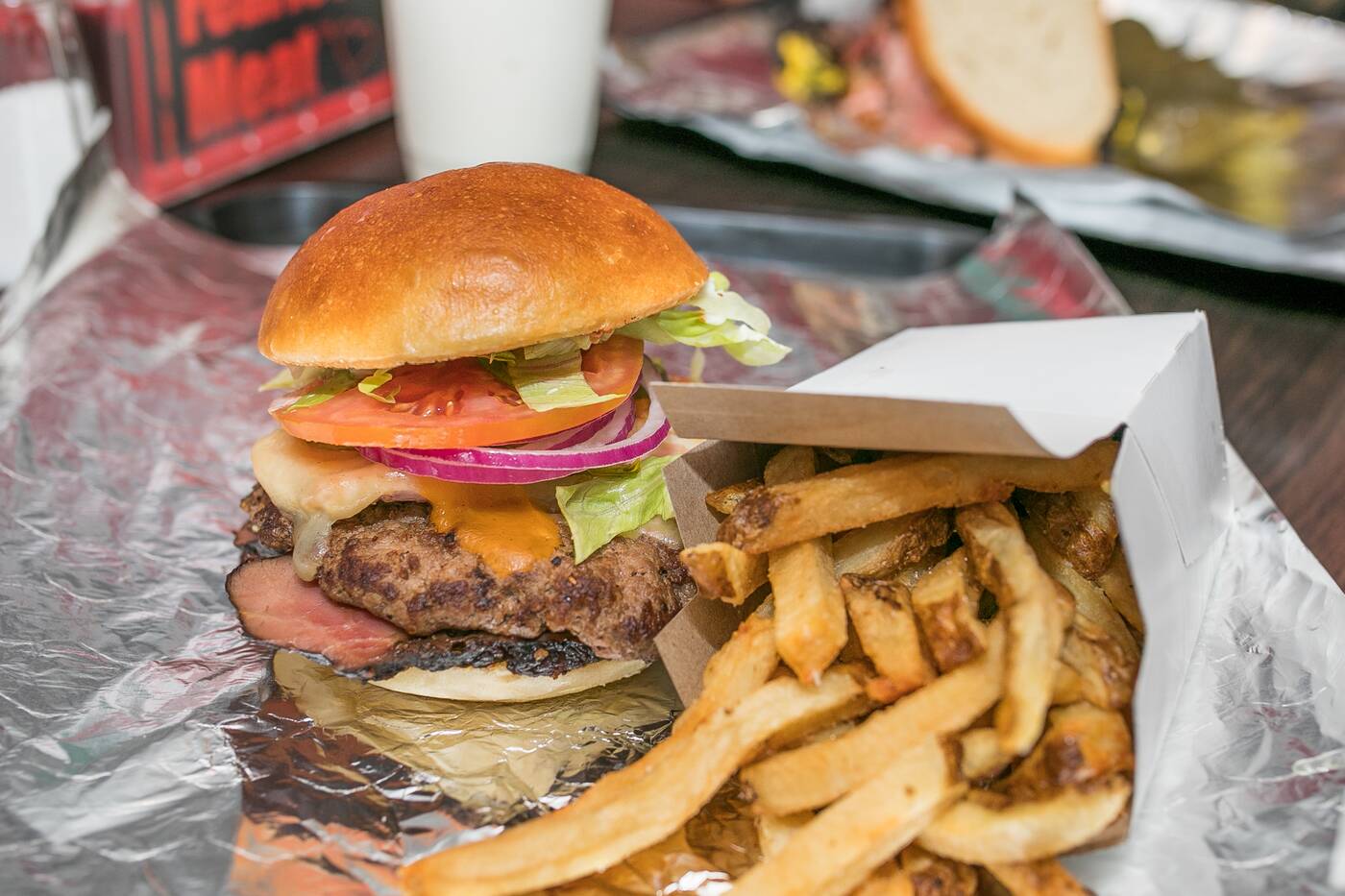 The Fearless Raptor Burger ($9.99) sandwiches one of these patties between Lester’s smoked meat and peameal bacon and smothers the whole thing with melty cheddar and Swiss for the ultimate Canadian peacemaker. You can’t argue over rivalries when you’re trying to get your mouth around this bad boy. 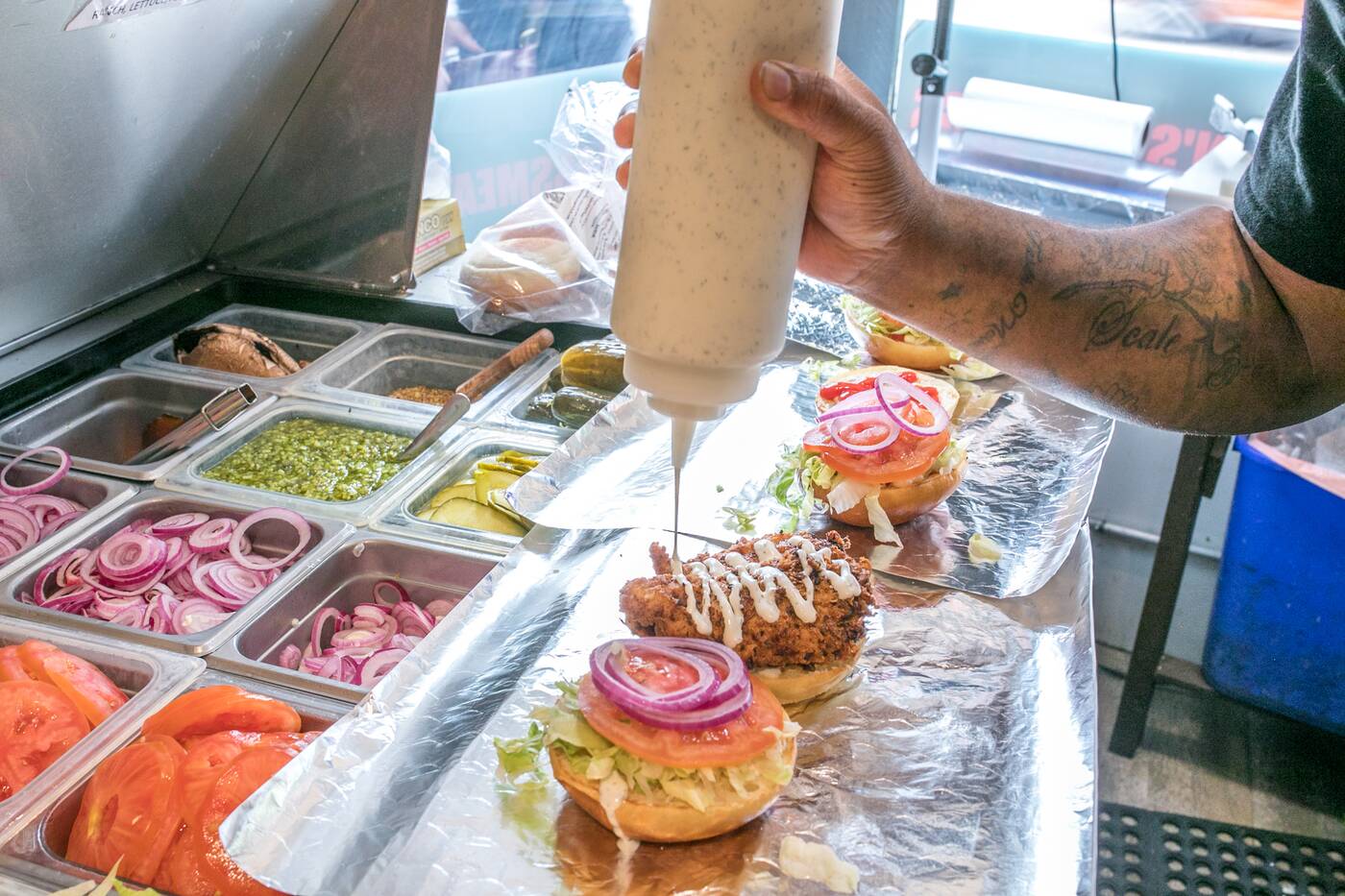 The Fearless Fried Chicken Mother Clucker ($5.99) sees a six-ounce chicken fillet marinated in buttermilk and secret spices and their own not-too-thick but still crunchy coating of flour, salt, pepper and paprika on a soft Ace bun. 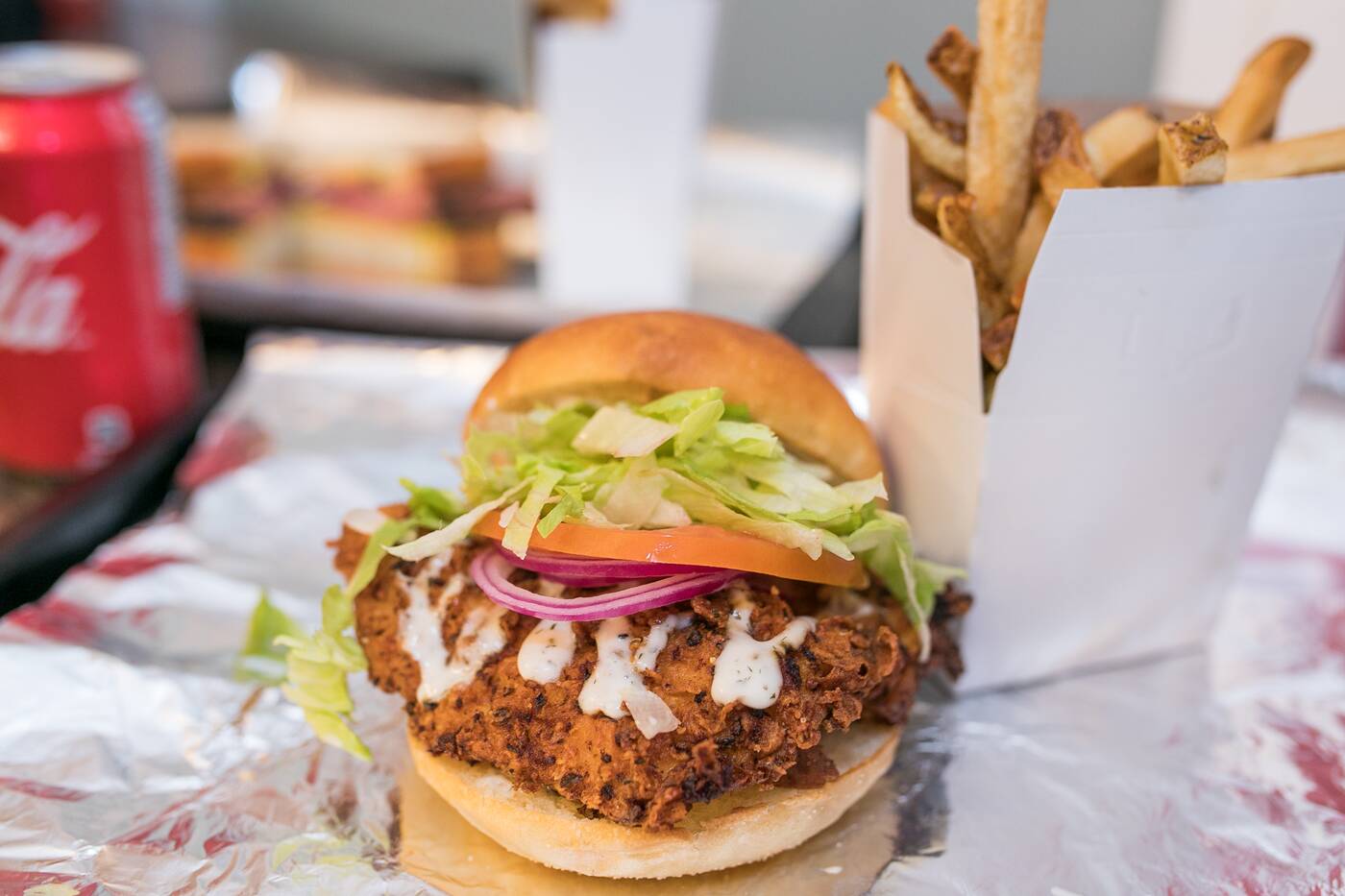 It’s topped off with a perfect amount of complementary house ranch, along with lettuce, tomato and onion, though secretly you could opt for chipotle mayo, and they’re even considering a version tossed in Frank’s hot sauce. 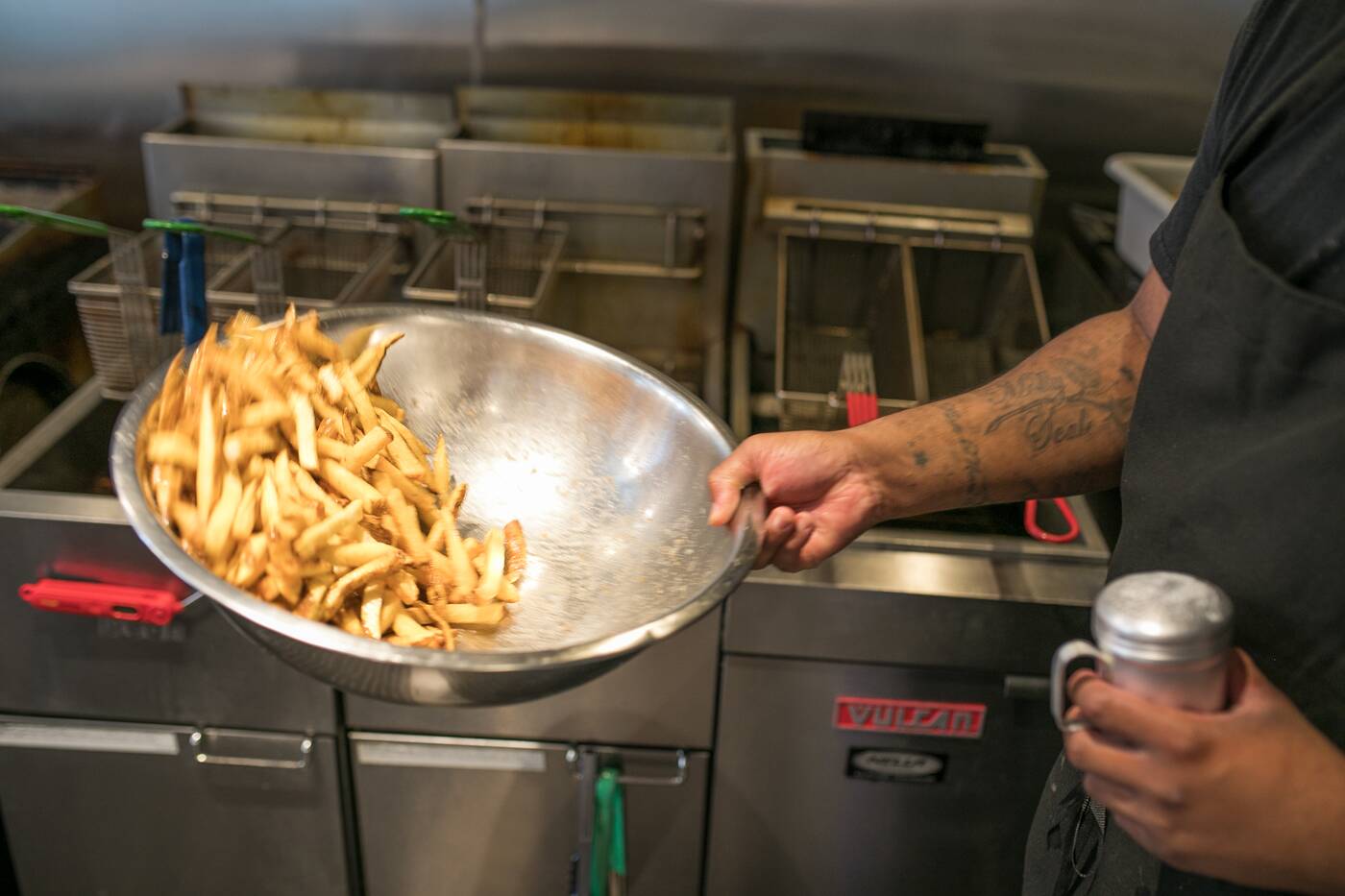 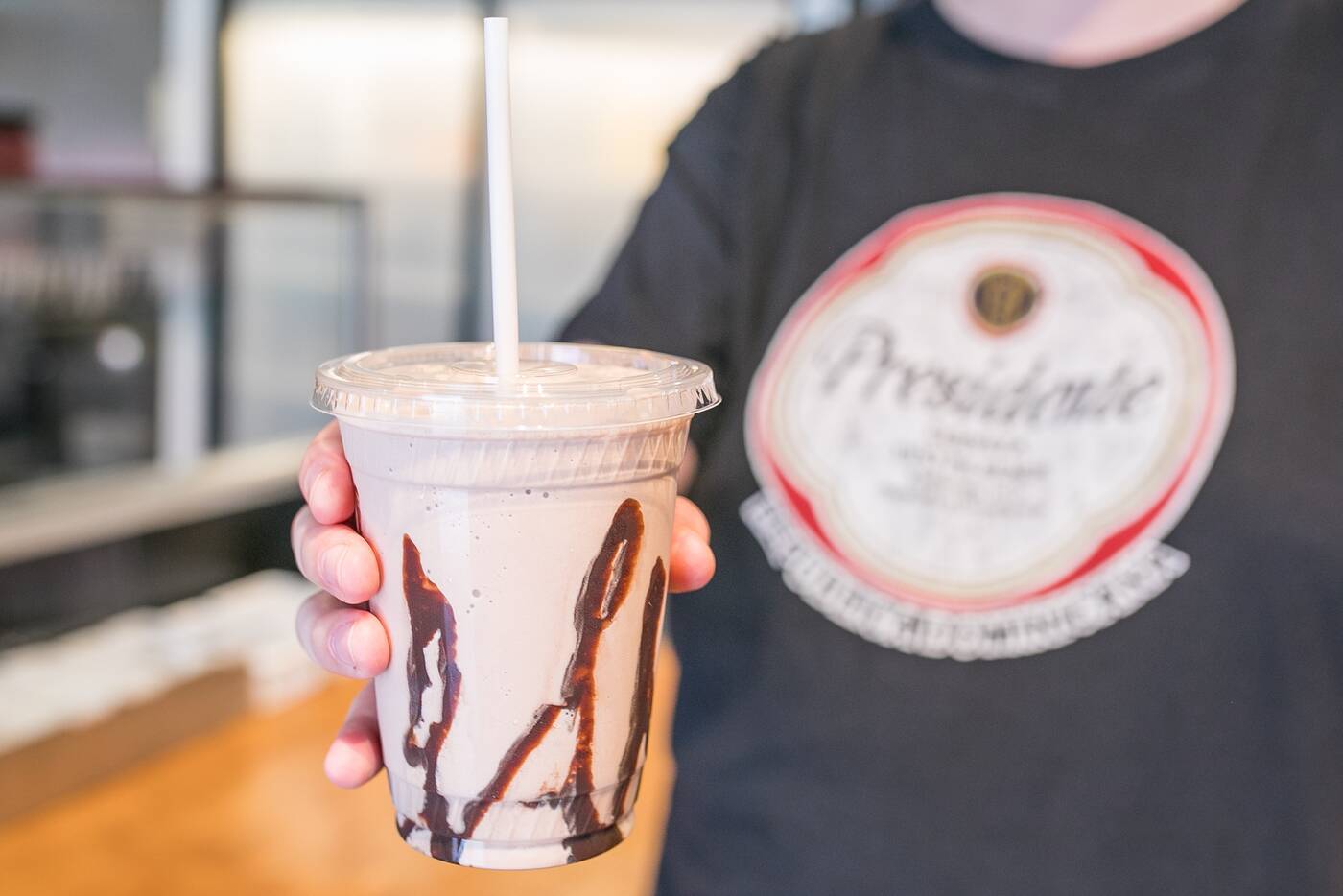 Wash everything down with a shake ($3.99), in chocolate, vanilla, strawberry or cherry flavours. 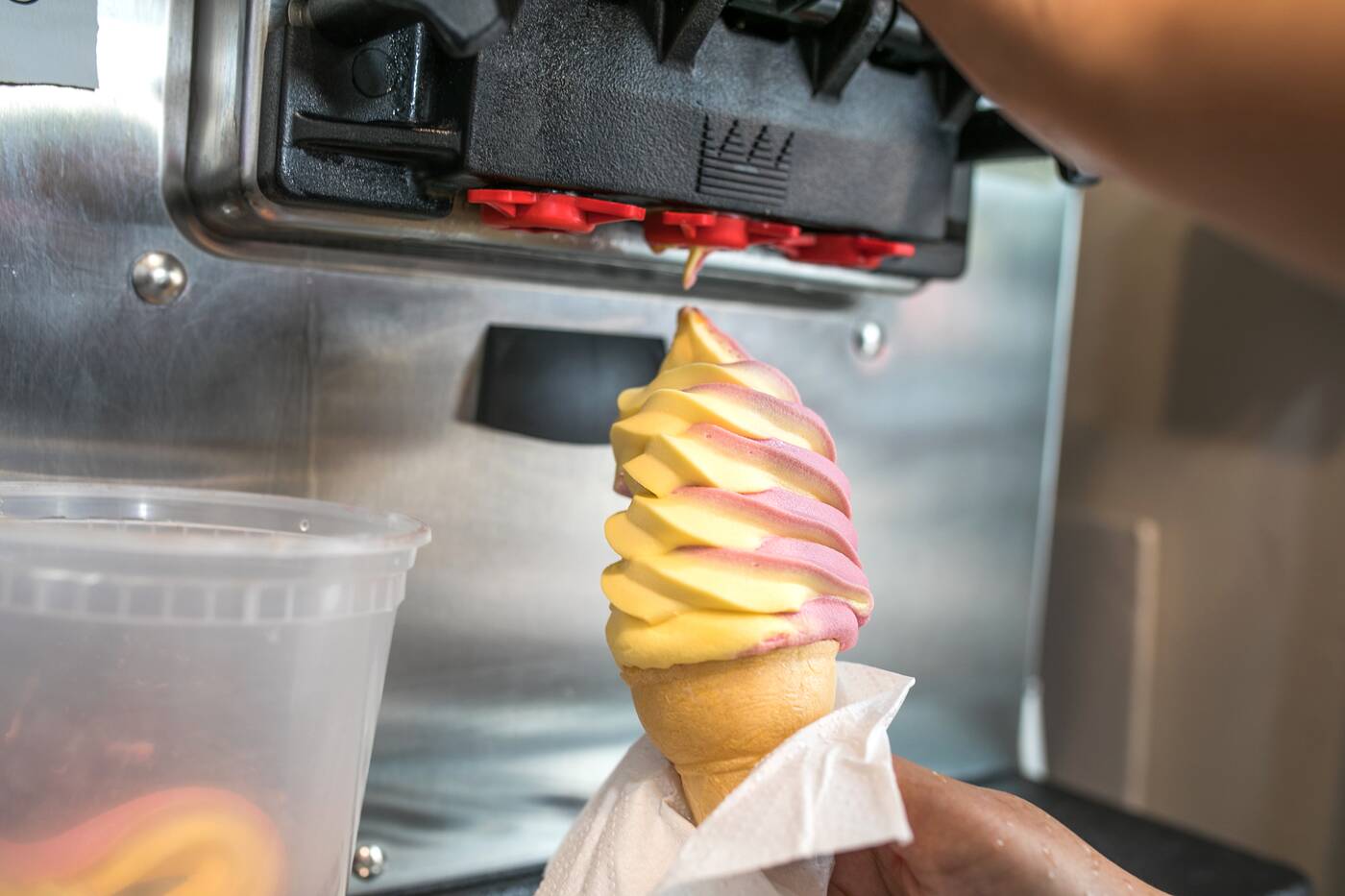 They also do dairy-free Dole Whip ($4.50), one of few places in the city to offer it, with options for flavours like a mango twist. They even do Dole Whip shakes with apple juice. 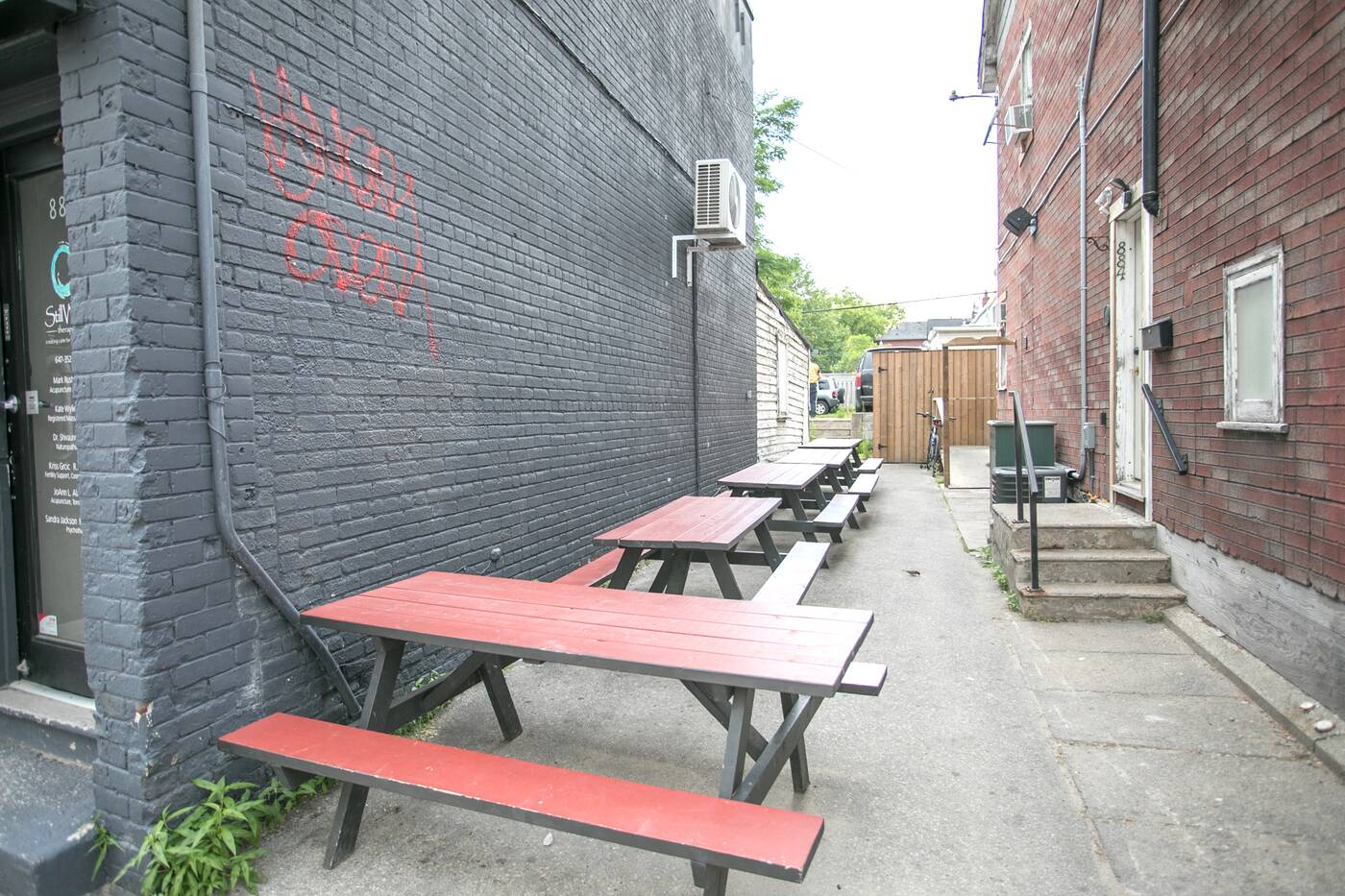 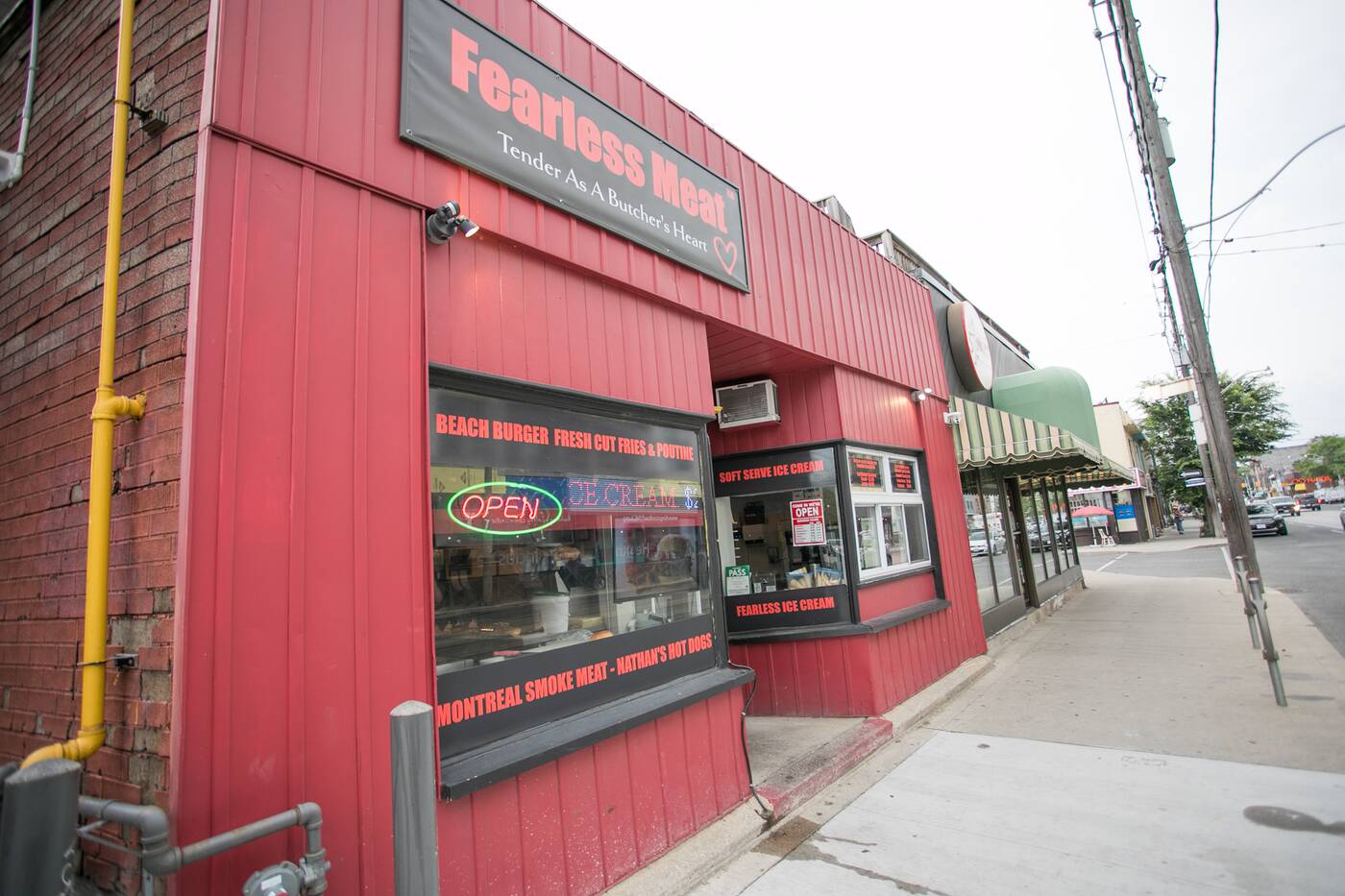