The connection to Fargo (yes, the movie) is loose, but apparently it’s big in the hip hop and rap community, references to the film supposedly peppered throughout the genre. The most obvious association might be with Toronto-born rapper Tory Lanez, who calls himself Fargo. 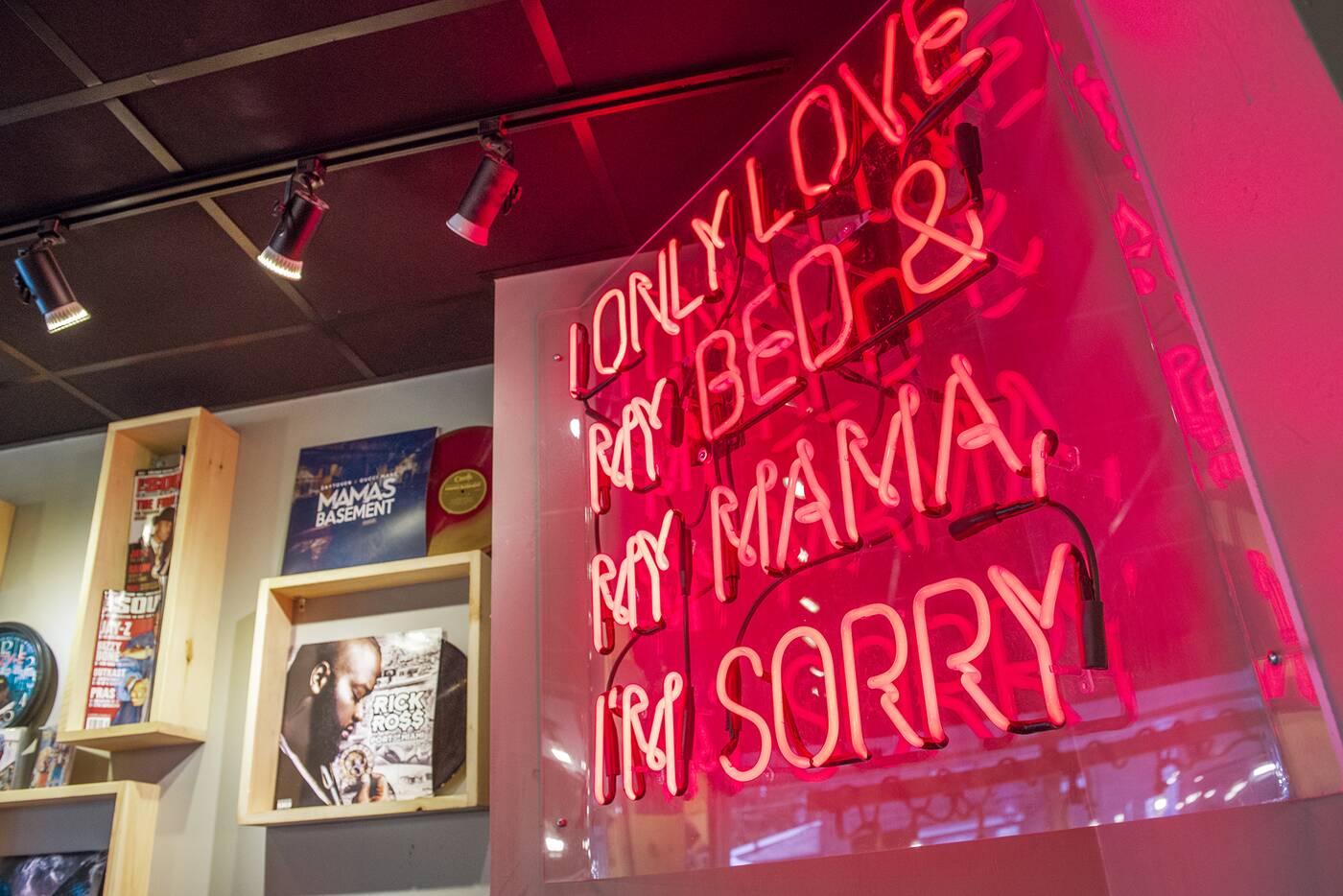 The cookie-cutter branding of the Smoke’s Poutinerie that used to be here has been replaced by a much more personal shrine of hip hop memorabilia like a platinum Kanye album, a bag of Rap Snacks, and retro video game cartridges. 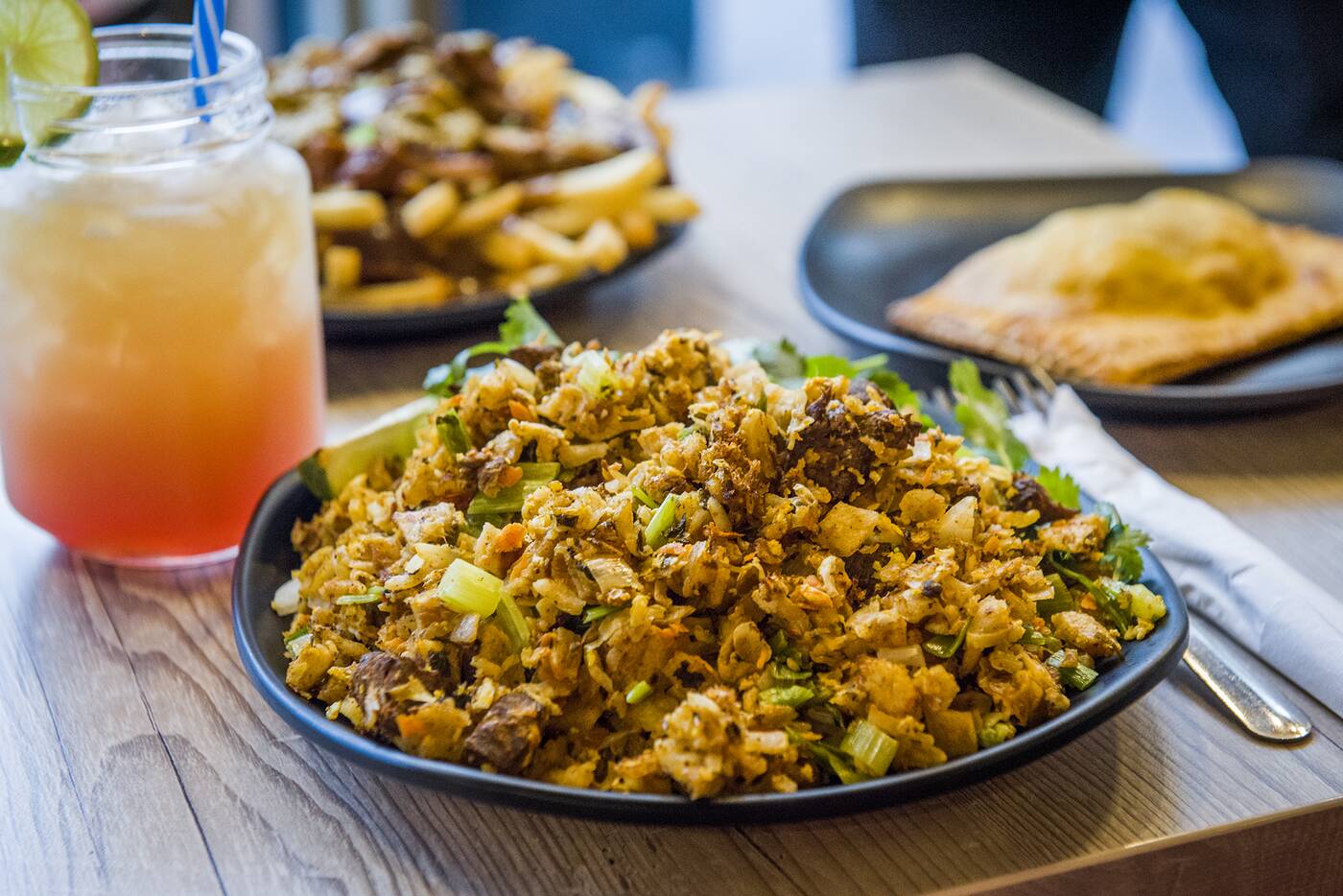 Chicken kottu rotti ($10.50) is homemade fresh from scratch in the back, like everything. It’s appropriately flavourful without being overly spicy and comes in a decent portion with lots of lime. There are also veggie ($9.50) and mutton ($11.50) options. 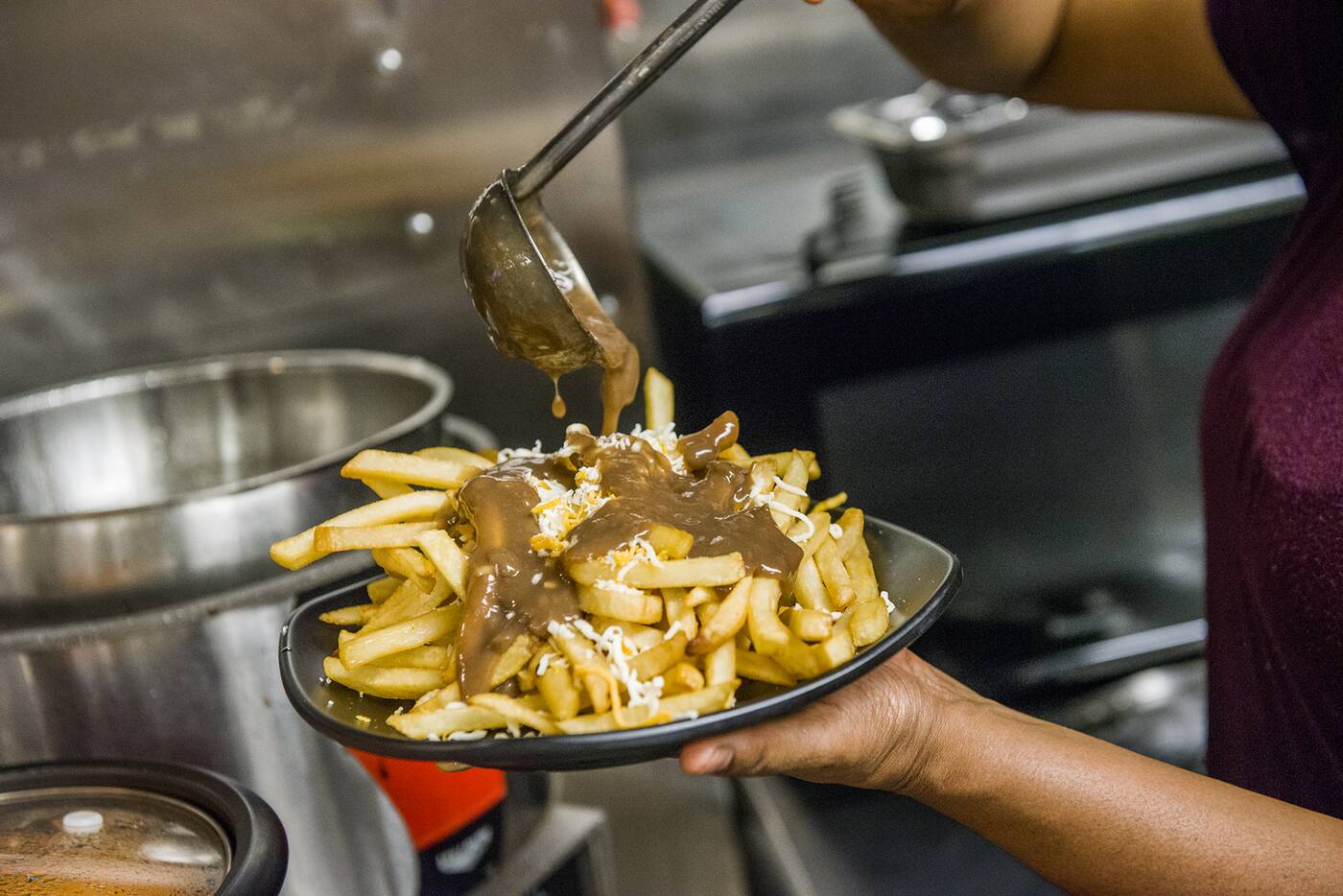 Jerk chicken poutine ($11) is sadly missing squeaky curds which seems like a bit of a disappointment in a place that used to house a poutine chain, but it’s certain Smoke’s can’t match the homestyle jerk chicken these fries are topped with. 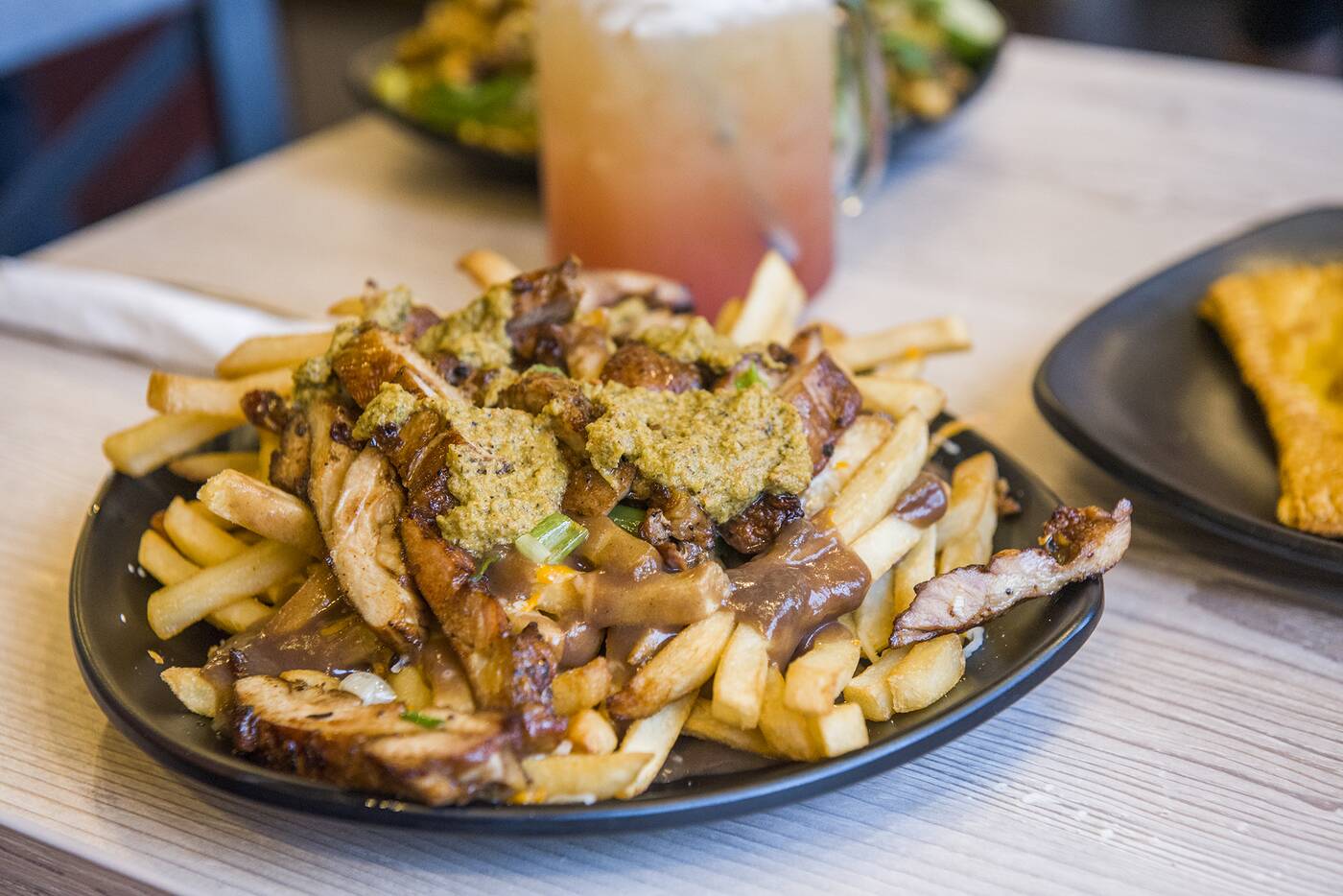 Chicken breast is given a homemade twelve-hour spice marinade so it’s juicy and zesty. There’s a decent amount of gravy and bonus dollops of a thick house jerk sauce made with brown sugar, pepper, thyme, garlic, and scotch bonnet for a definite kick. 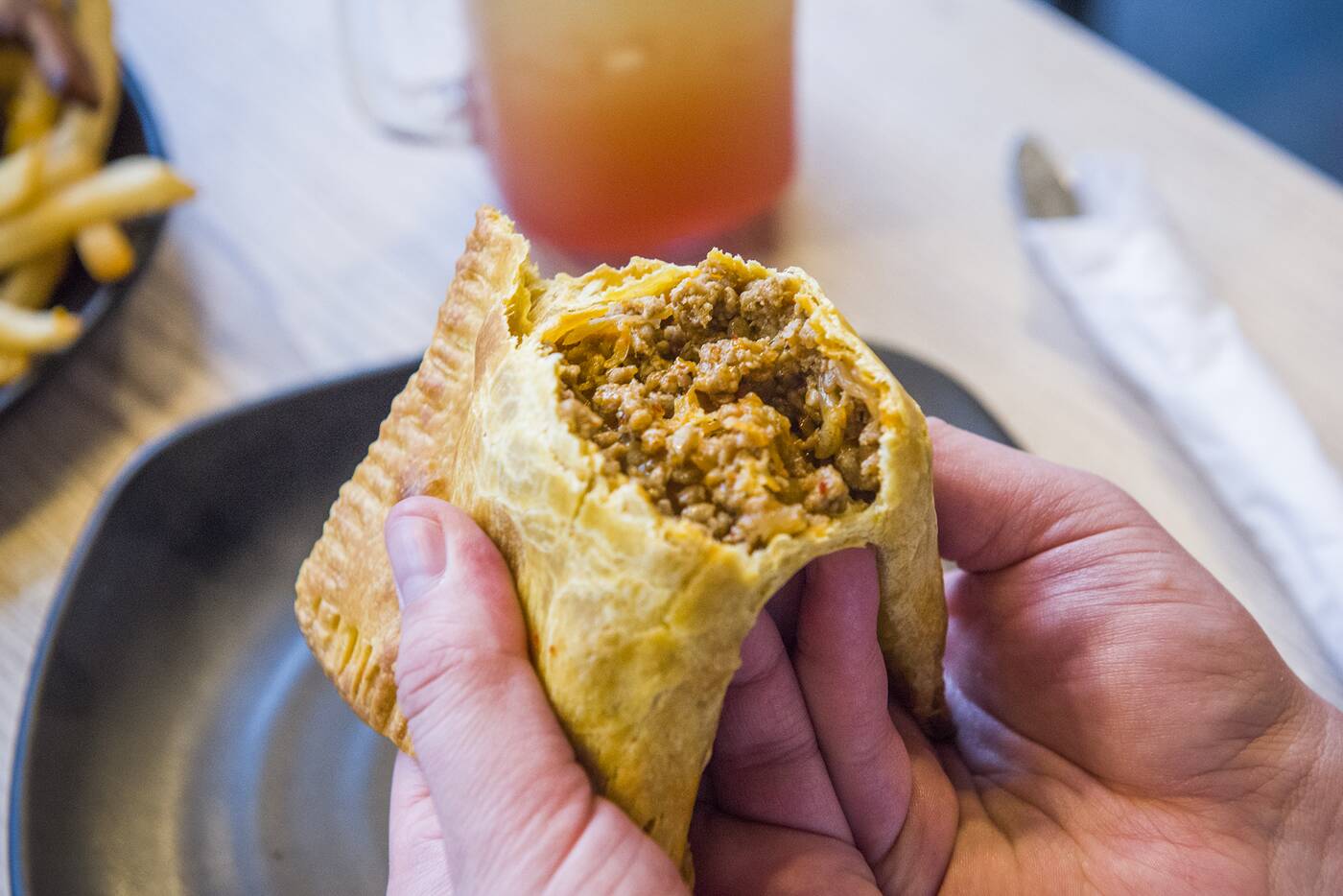 Homemade Jamaican patties ($5 across the board) are a standout. I was expecting just a tad more kimchi in my kimchi pork patty, but the ground meat was juicy and the pastry was nicely flaky, delicate and rich, tearing easily. 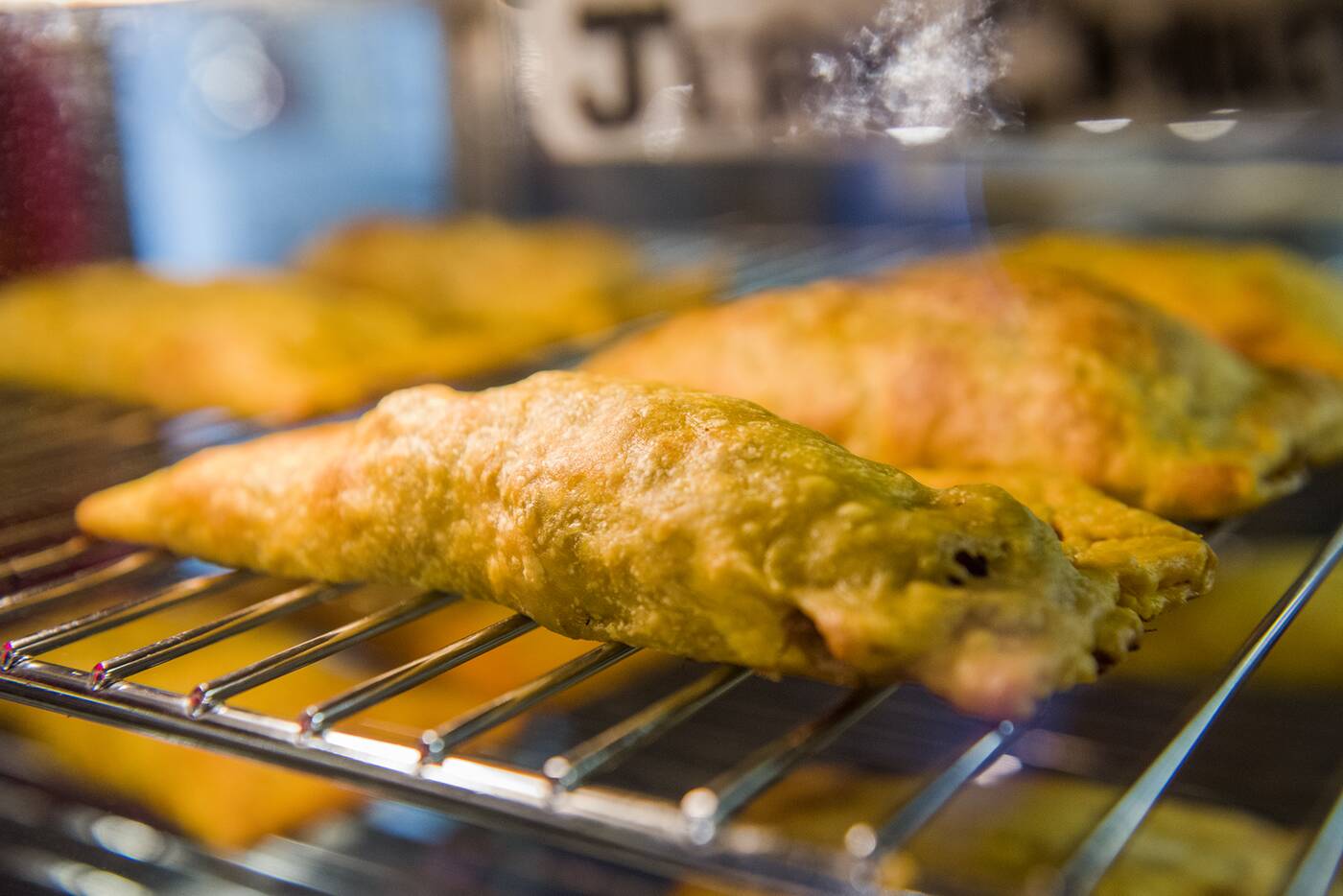 The pork also offered a different flavour than usual, and I like that other options like curry chicken and black bean introduce a different vibe to the usually traditional patty scene in Toronto. 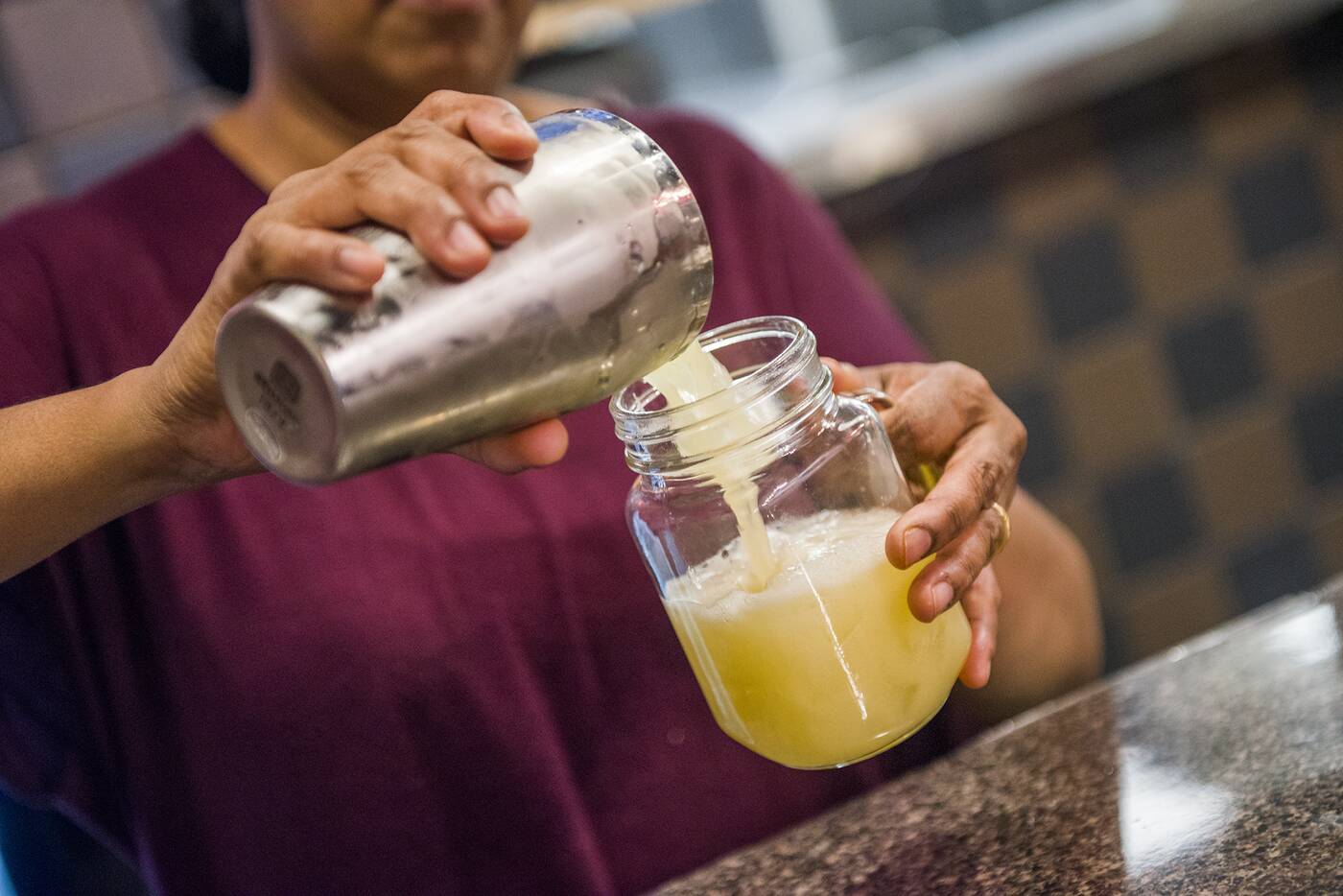 Mocktails with names like 808s & Heartbreak and The Blueprint make up the drinks list while the restaurant bides their time with the potential to apply for a liquor license, content to soak up the booze downed at other bars in the area after last call. 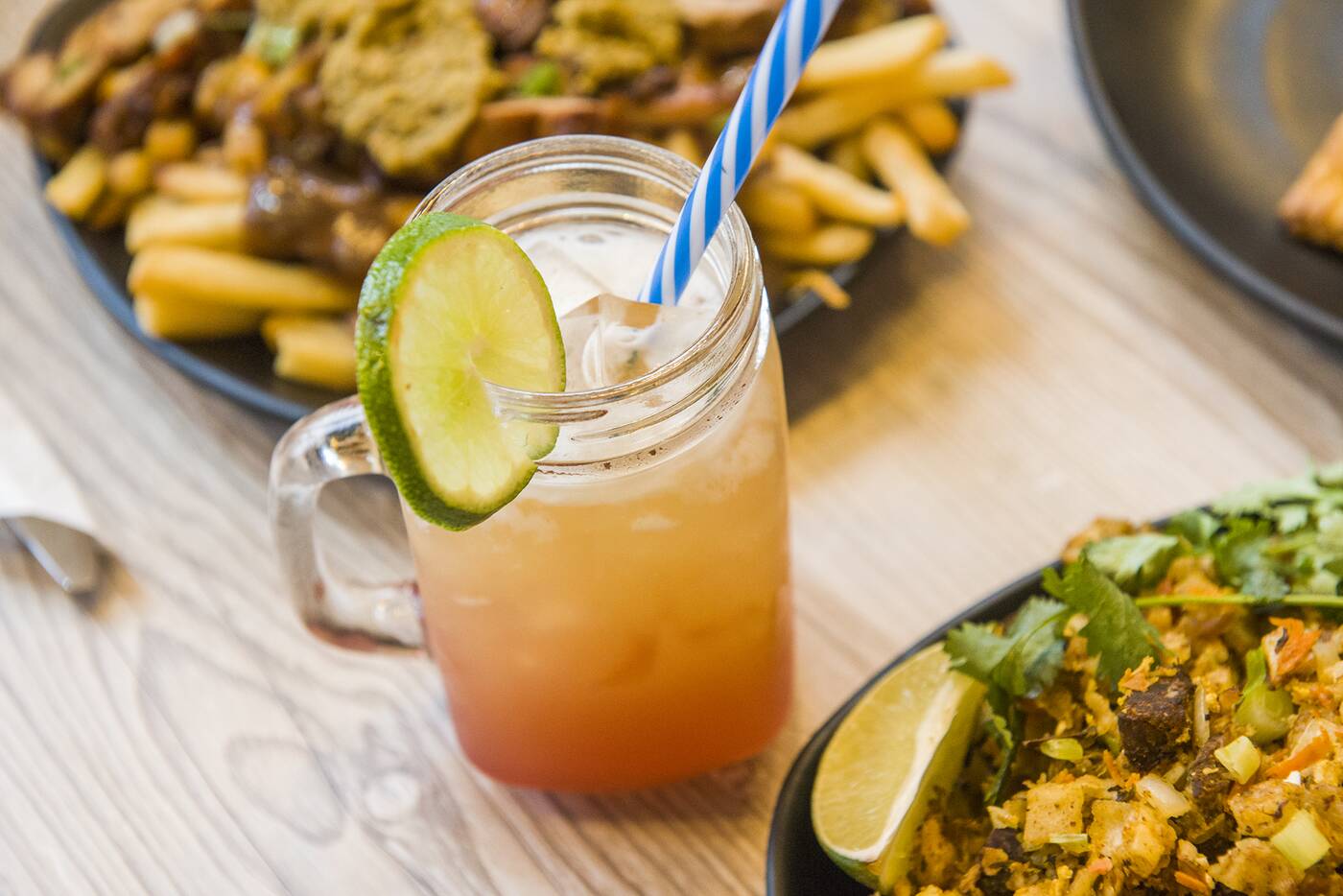 The Notorious Naomi ($7) is a super sweet, tropical mix of orange, lime, pineapple and grenadine, named for the owner’s girlfriend. 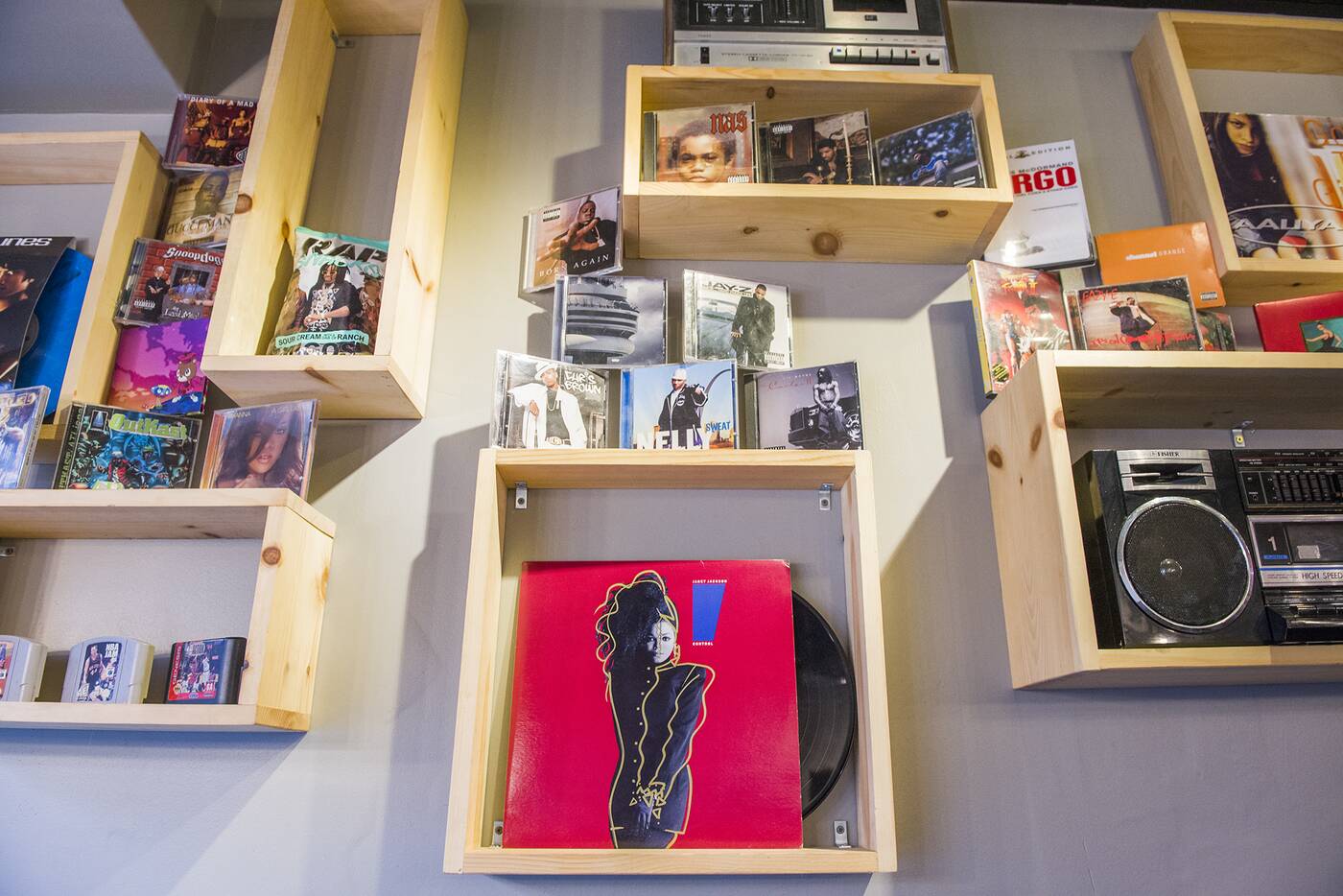 Wednesday hip hop trivia nights are hosted by local personality Marlon Palmer (AKA That Dude McFly), with prizes like tickets for events at nearby venues and OVO gear. Hip-hop-themed murals in the basement were done by locals Michael Vincent Veneracion and Mel Gaa. 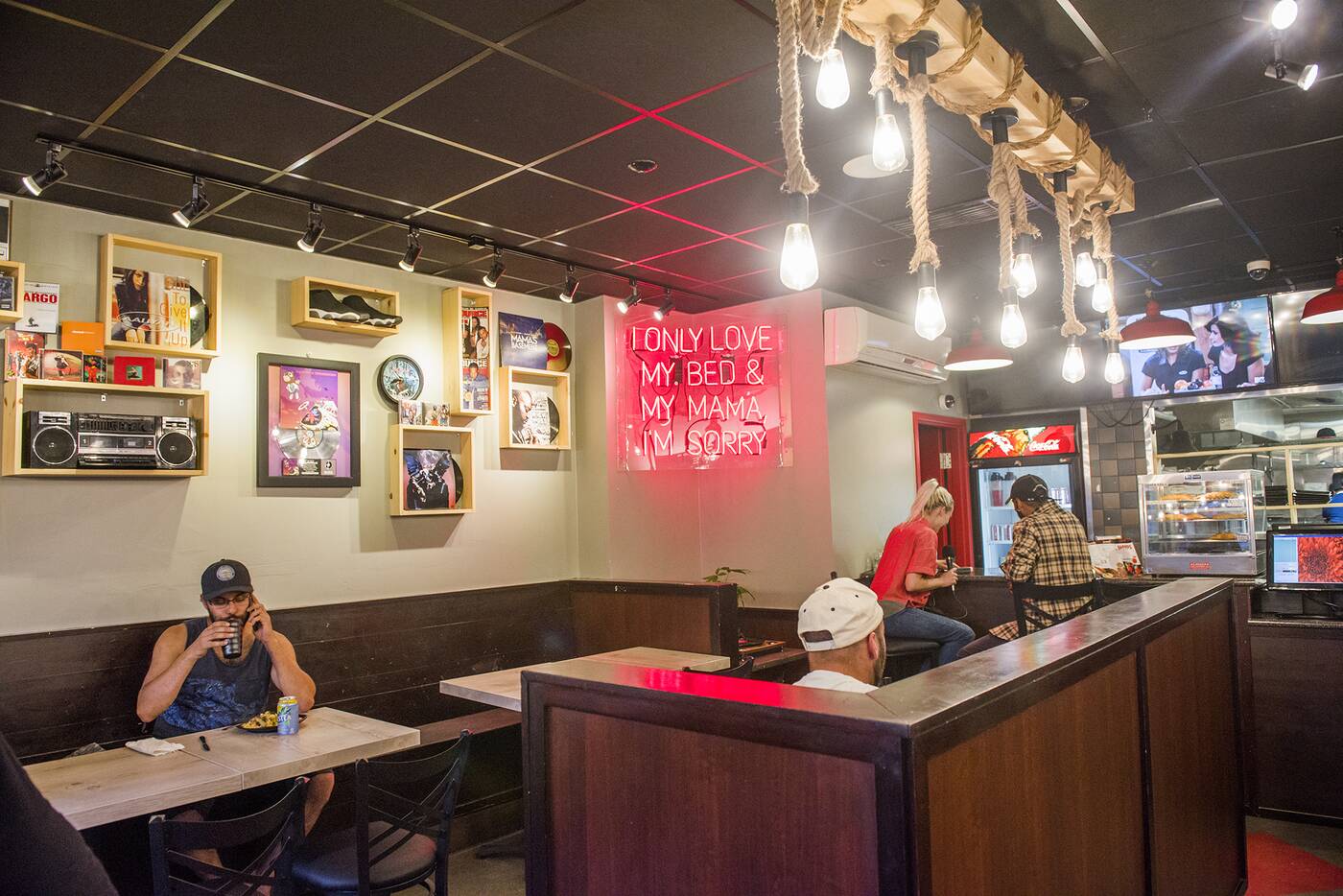 Open until midnight Tuesday through Thursday and 3 a.m. weekends, skip the A&W and get a home-cooked mutton roll here. 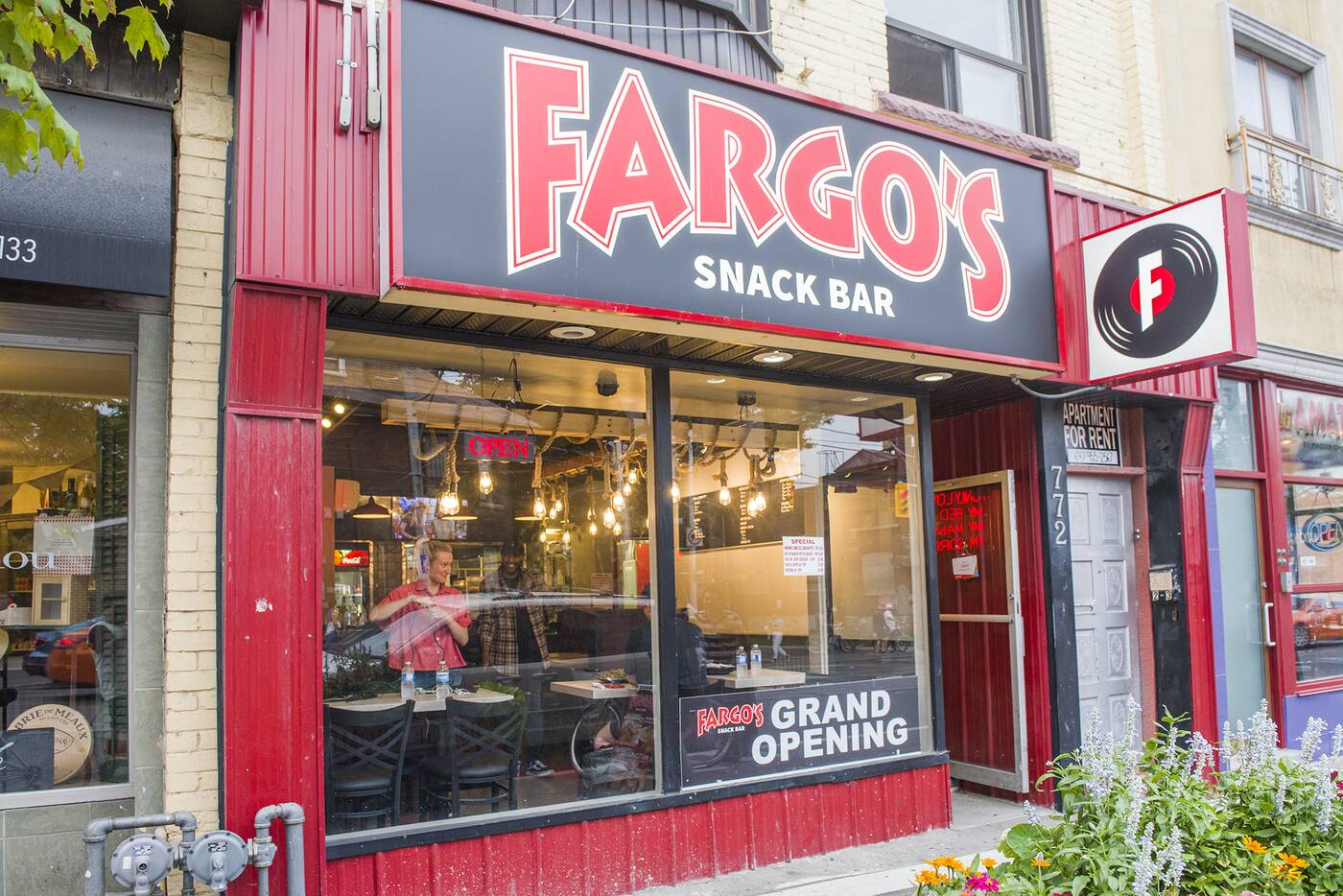