Everest Hakka House, as one might guess, is named after the world's highest and arguably most famous mountain, and it specializes in the Indian-Chinese fusion food that has, whether accurate or not, become synonymous with the term " Hakka cuisine " in Toronto.

(Technically, the Hakka are a nomadic Chinese group spread all over the planet, some of whom settled in India and, of course, here. Hakka cuisine encompasses a lot more than just this Indian take on its food.) 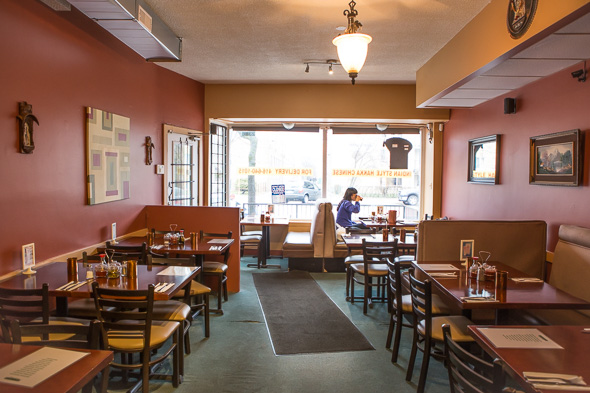 This restaurant in Mimico is a family affair; its owners/chefs are two brothers-in-law who both happen to be named Venkatesh (Venkatesh Rajamannar married Venkatesh Seenivasan's sister).

Both men trained as chefs in India and met while working in kitchens abroad. They decided to open three restaurants here; the other two, both named Kothur , focus solely on Indian cuisine. The original Kothur can be found just down the street while the other is located near Yonge and Bloor. 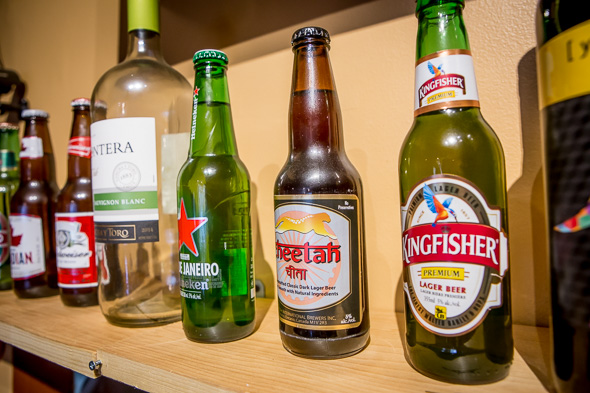 At Everest, a front patio that fits 10 and a dated interior that seats 35 await diners. Water is served in copper cups, a nice touch. Bottles of imported beer ($4.95) like Kingfisher and Cheetah are available, as are non-alcoholic options like lassis ($3-$4) and Masala chai ($2.50). 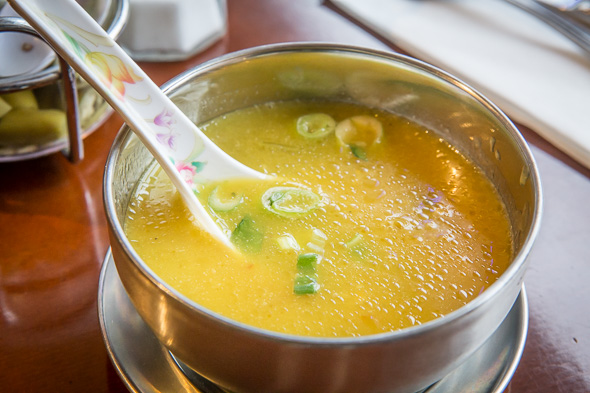 Daily $7.95 lunch specials come with a soup of the day, and when we visit it's one that tastes like a curry-ish wonton soup - except without wontons. 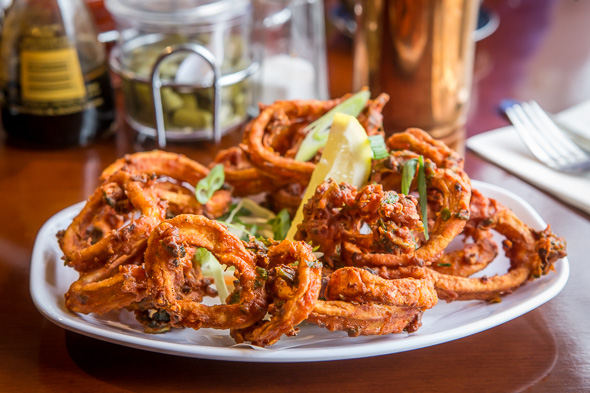 For a starter, we get calamari in the form of squid pakoras ($9.75), which look like spiced seafood onion rings served with a wedge of lemon. They're a bit dry and nothing to write home about, but serve their purpose by being something to munch on while waiting for our mains. 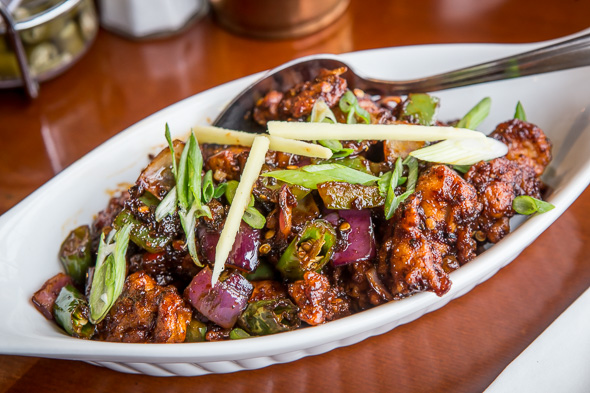 One of the most popular Indo-Chinese dishes is chilli chicken, and we order the "dry" version ($9.75) as opposed to the kind with gravy.

Even though it's "dry," it's still quite moist, with a nice mild-to-medium spiciness that tickles the tongue but is still bearable. A heavy handed amount of soy sauce makes it pretty salty, yet I can see how this would be satisfying to eat post-drinking (or even while drinking). 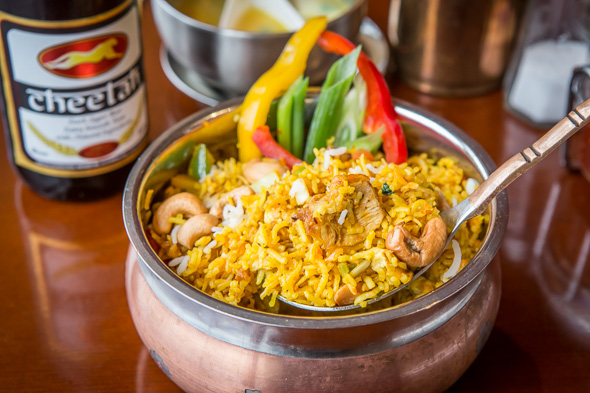 An order of Chinese chicken biryani ($9.75) guarantees we leave full. This spiced fried rice mash-up with pieces of chicken, colourful peppers, scallions and cashews hits the spot, and there's something I find inexplicably comforting about eating this dish. 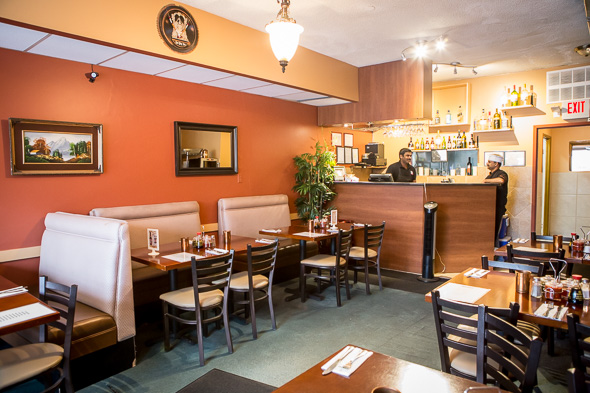 Rajamannar tells me locals here are loyal, and he definitely feels the support of neighbours. As Hakka food is rare in this area, I'm sure those who live here appreciate having this fascinating style of cuisine nearby. 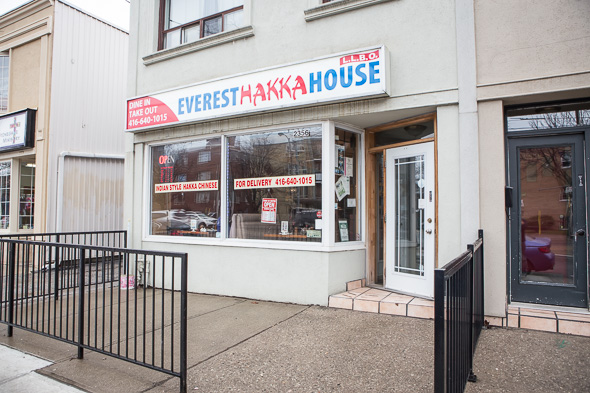