Eskenita Foods is a Filipino restaurant tucked away in a little plaza at the border of North York and Thornhill that specializes in Filipino street snacks and all-day silog (Filipino breakfast dishes).

The space is a little hard to find since it faces the inside parking lot of a relatively nondescript strip mall just on the north side of Steeles Avenue. Once inside, I discovered a humble restaurant that provides snacks, smiles, and satisfaction. 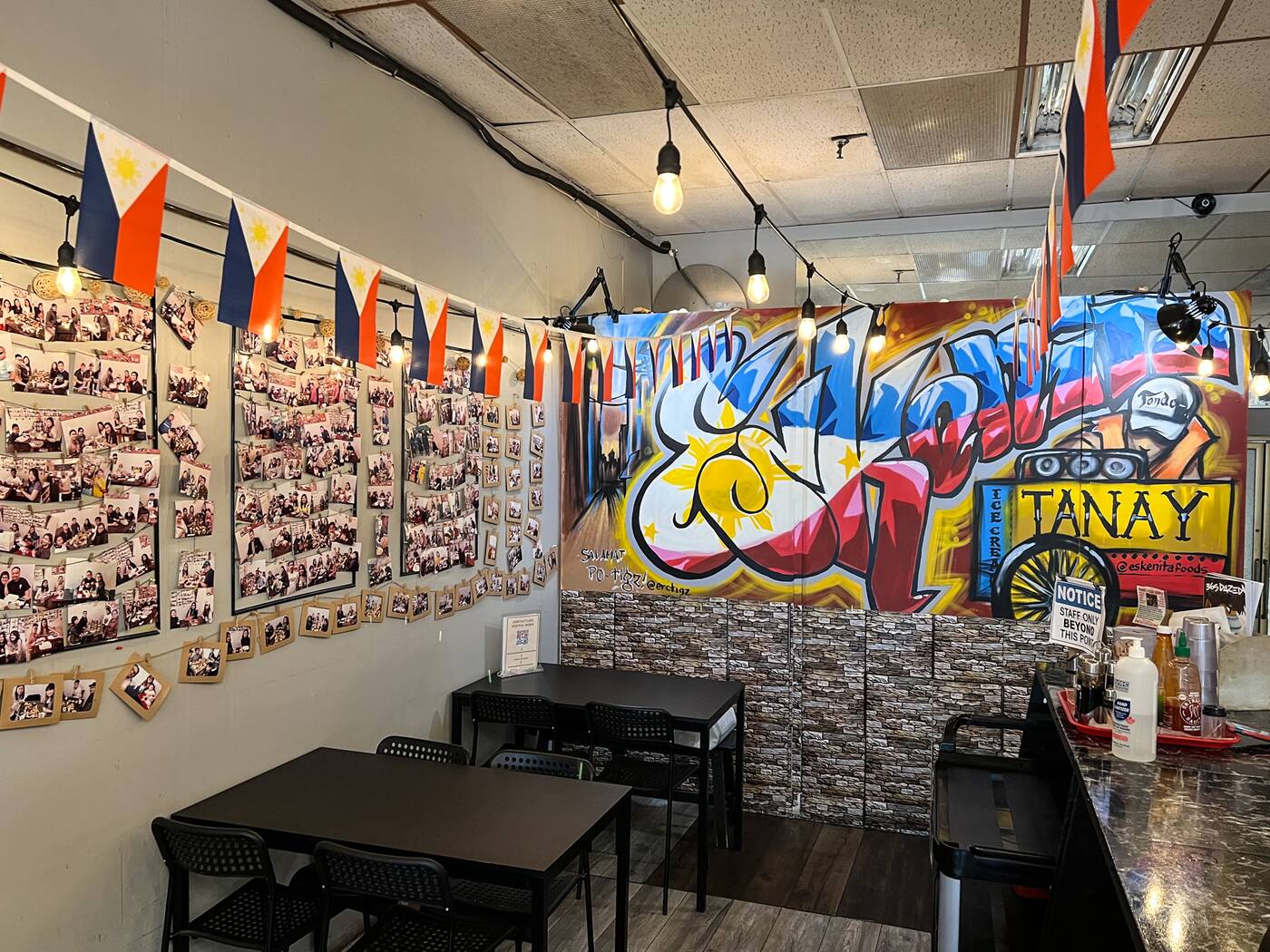 The space is comfy, though not overly large. The side wall is adorned with decorations and photos that show the journey that Eskenita Foods has had since joining the Toronto food scene as a food fair vendor in 2016. 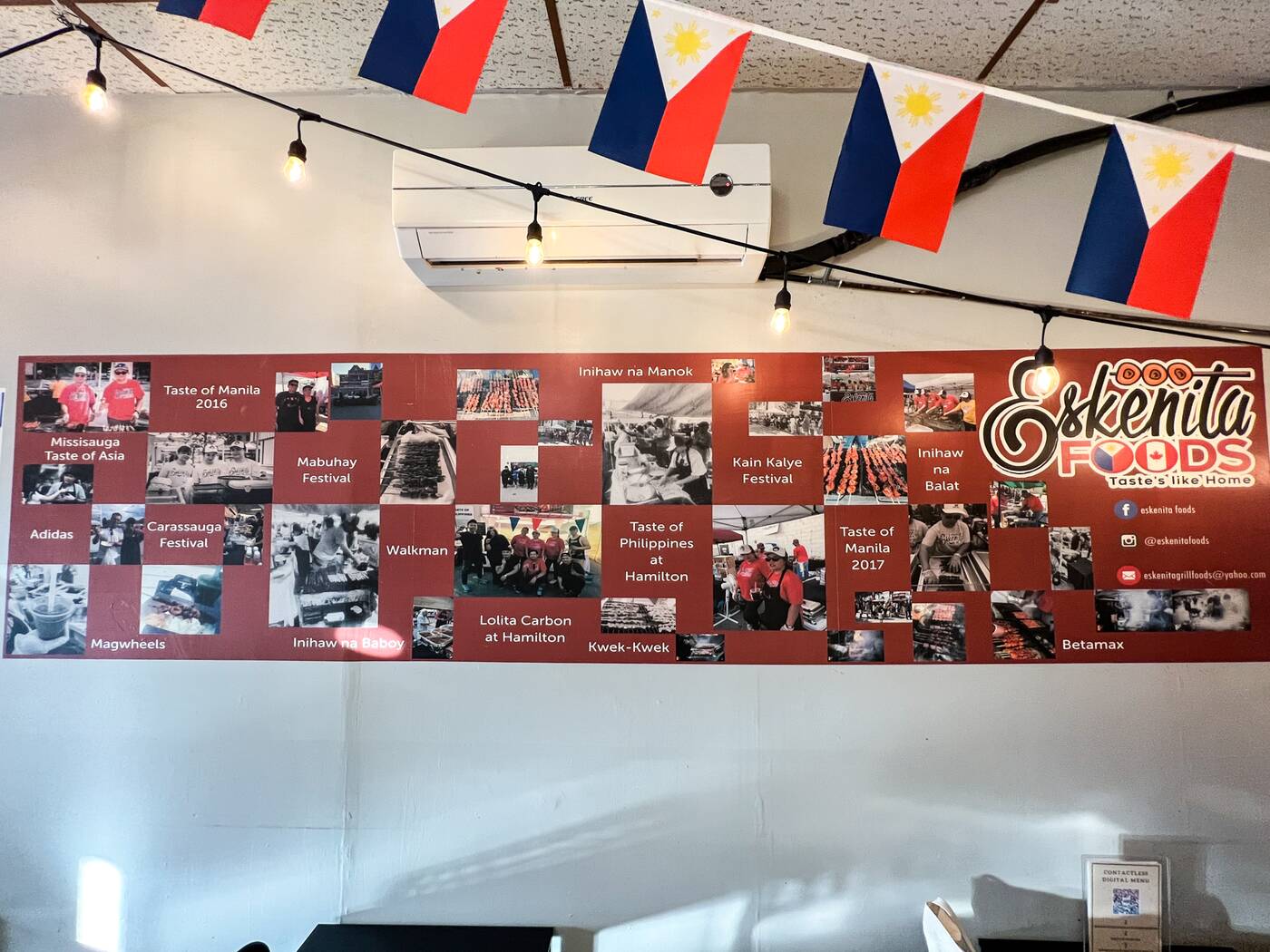 It tells the story of perseverance and hard work, along with community engagement, which lead them to where they are today. 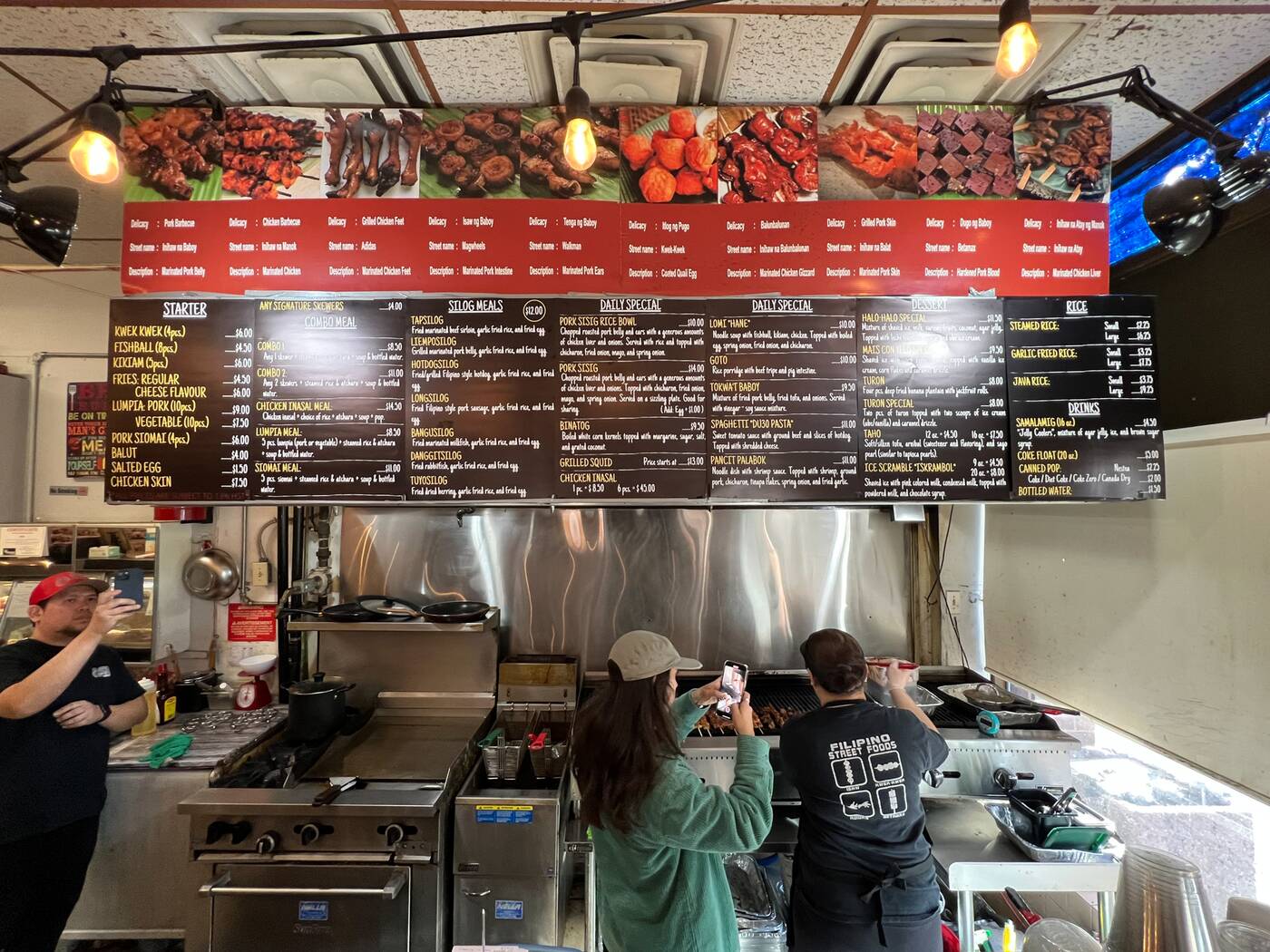 Unlike many of the Filipino restaurants in town that focus on plated dishes, Eskenita specializes in traditional Filipino street food. 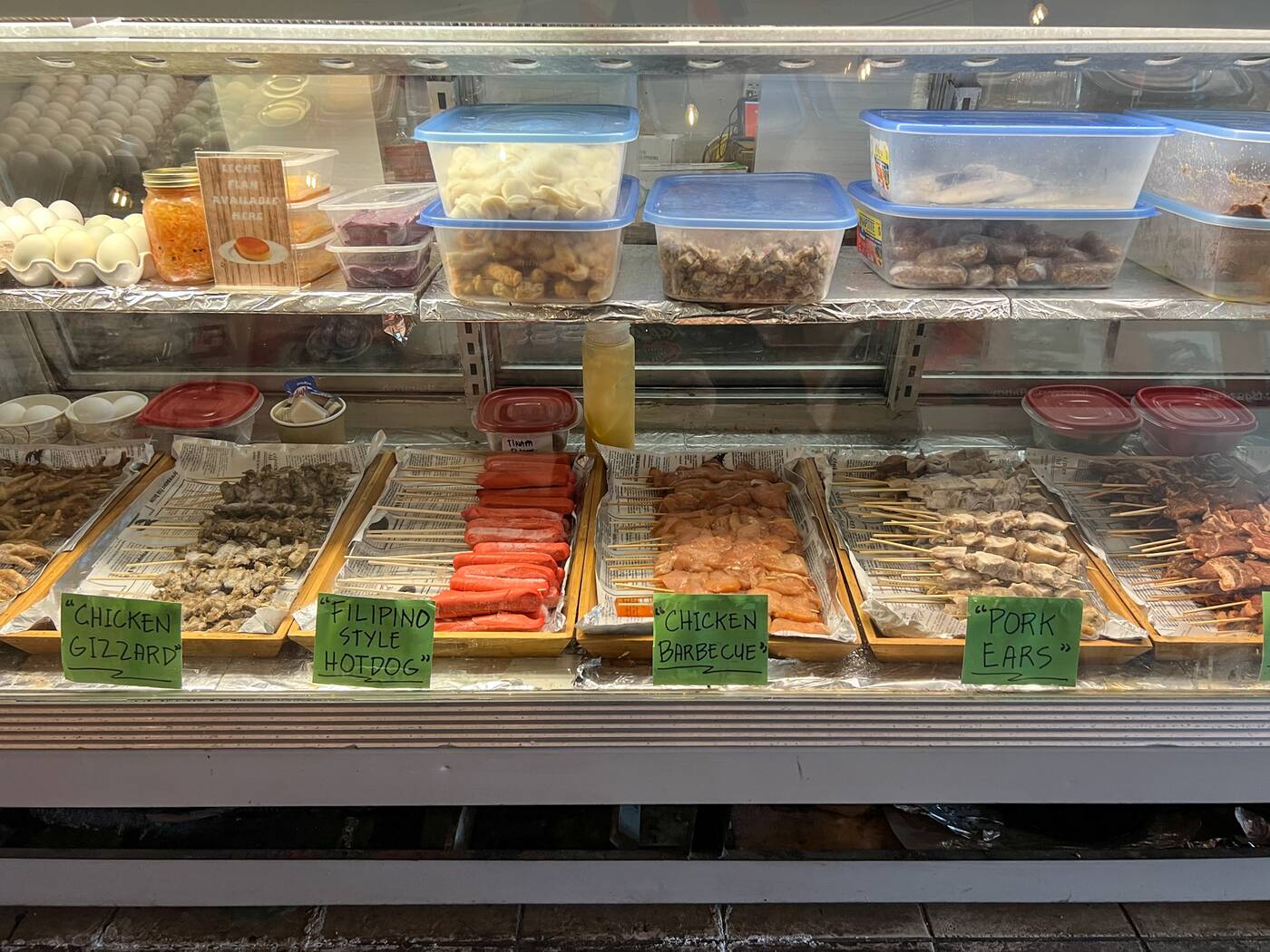 Most of the items on the menu are in skewer form and sell for $4 each. The restaurant prepares these skewered items fresh daily and cooks all of them to order. 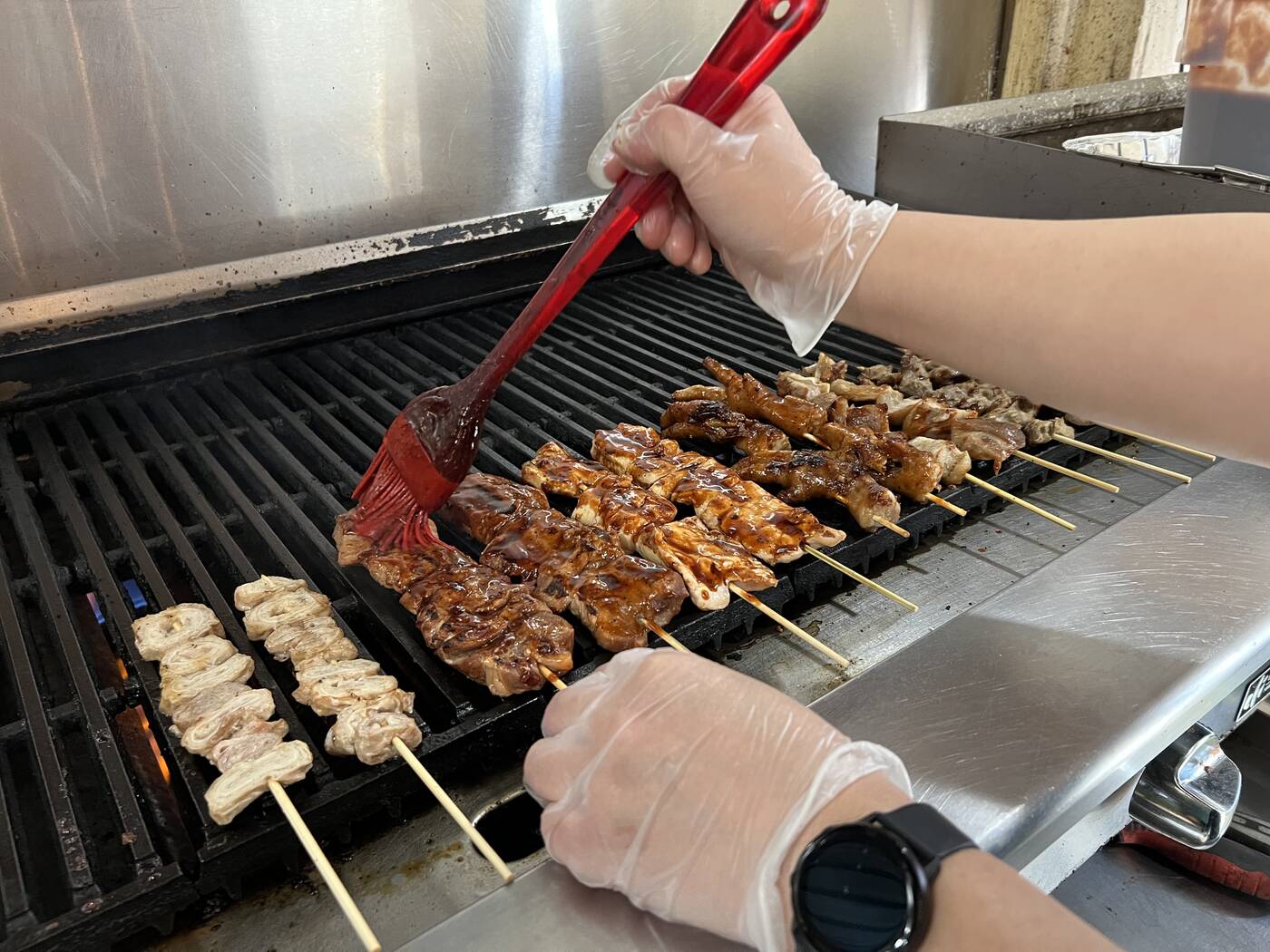 Each skewer is grilled while coated in their signature sweet-sour marinade and the result is simply lovely: an array of well-sauced mini bites that are as budget-friendly as they are tasty. 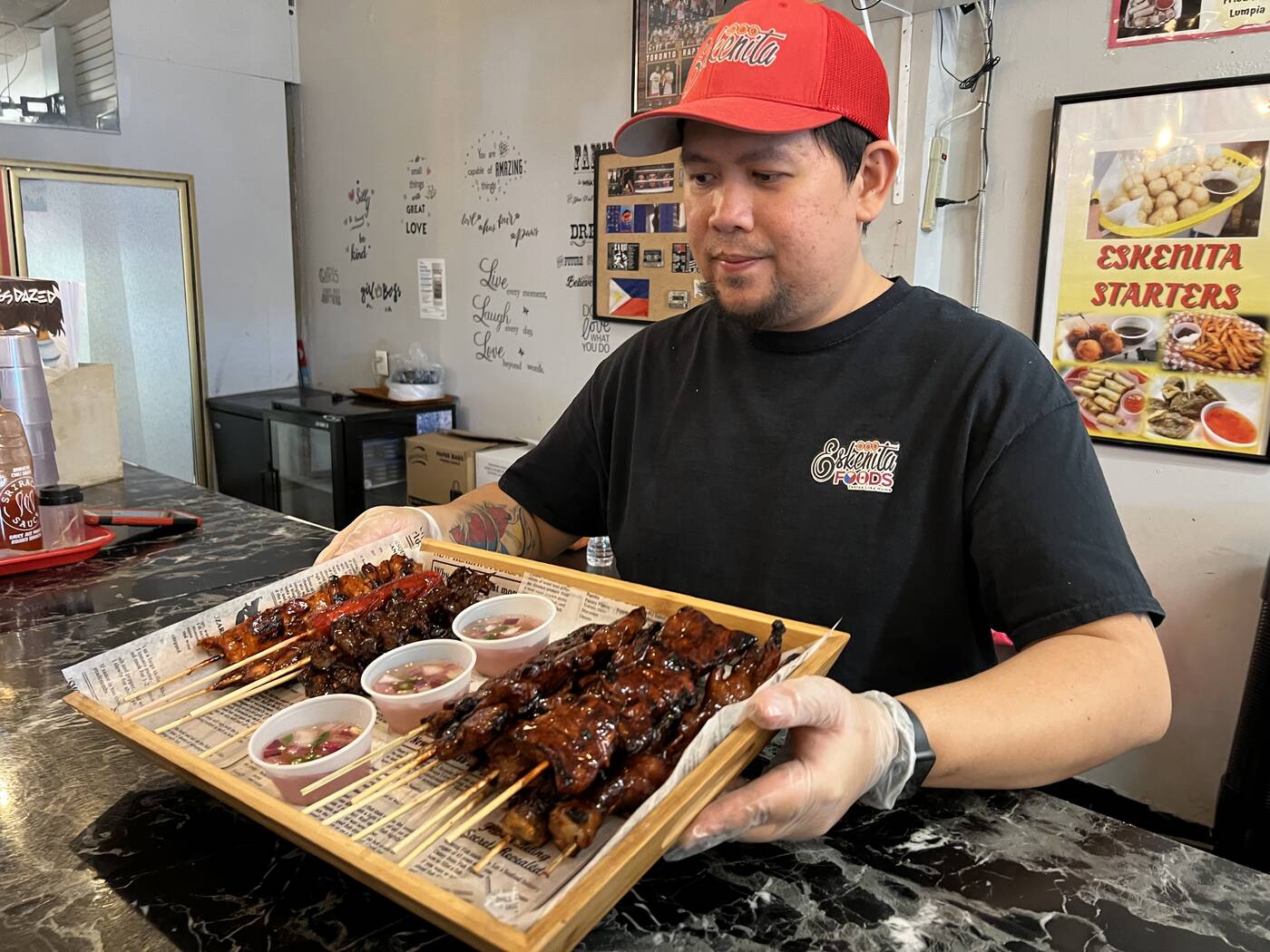 Owner John Paul Abejo said that these snacks were ubiquitous during his youth in Manila. He even explained the origins of some of the funny nicknames that these morsels are known by. 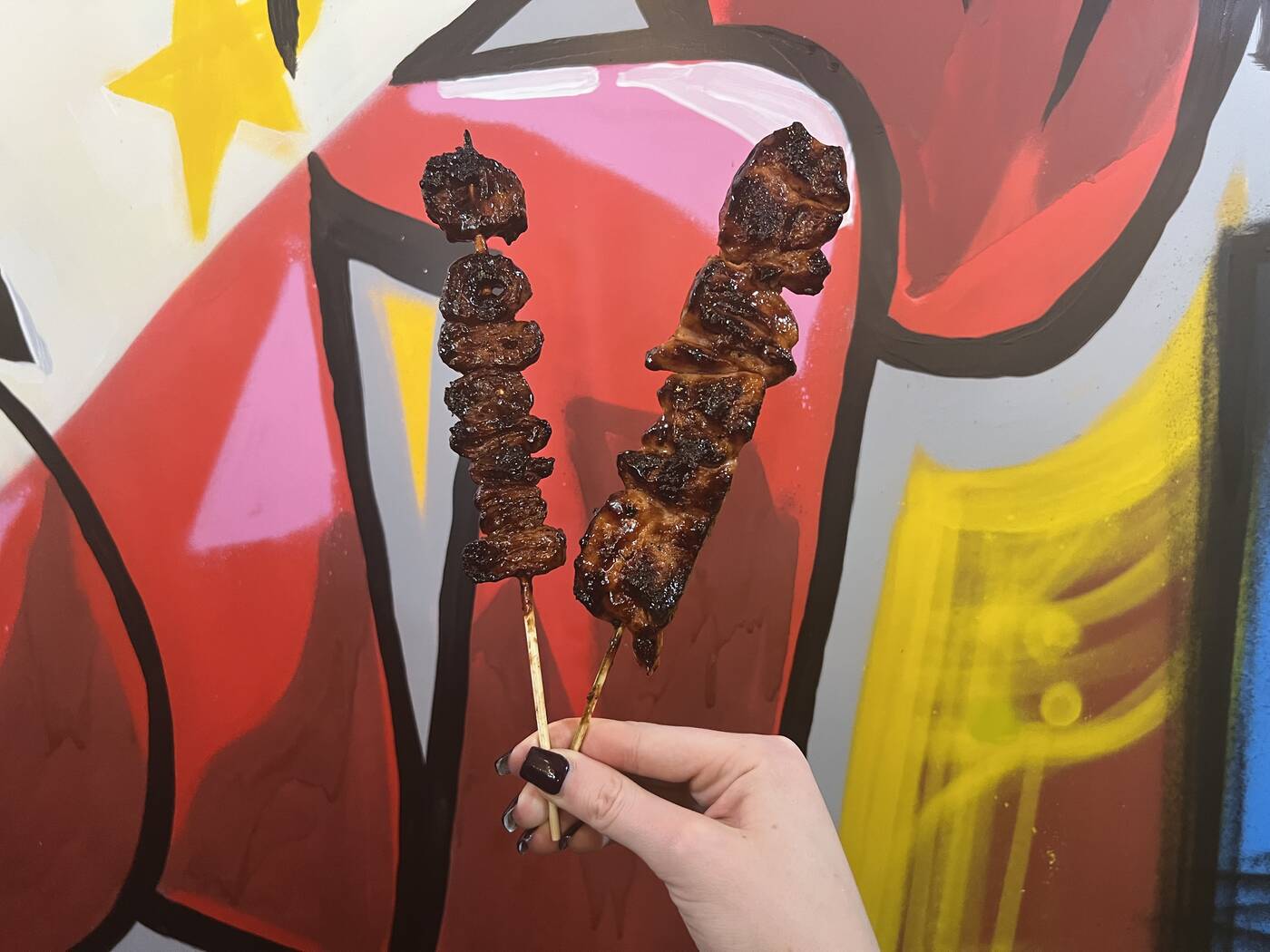 In Manila, these snacks are usually sold by street vendors and are universally loved by both children and adults. For ease of reference, many of them have interesting names, such as "mag wheels" for the pork intestines (due to them being circular in shape) and 'walkman' for pig ears (self-explanatory, I think). 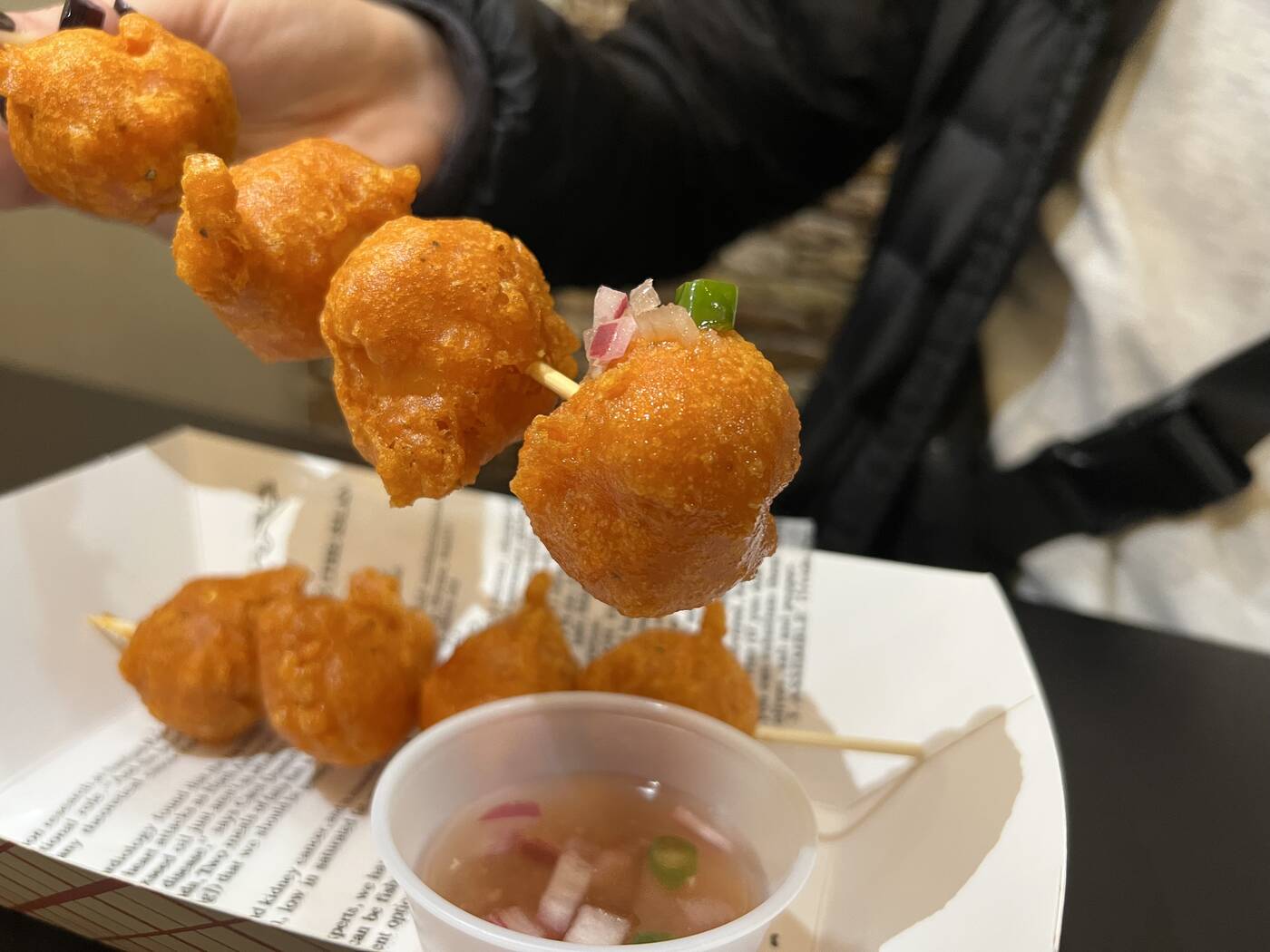 Fried snacks are also available here, with my favourite being the Kwek Kwek ($6 for 4 pieces), which is as tasty as it is fun to say.

The snack is essentially quail's eggs coated in flour and deep fried. Served with some vinegar dip, it is very satisfying and a nice contrast from all the grilled goodies. 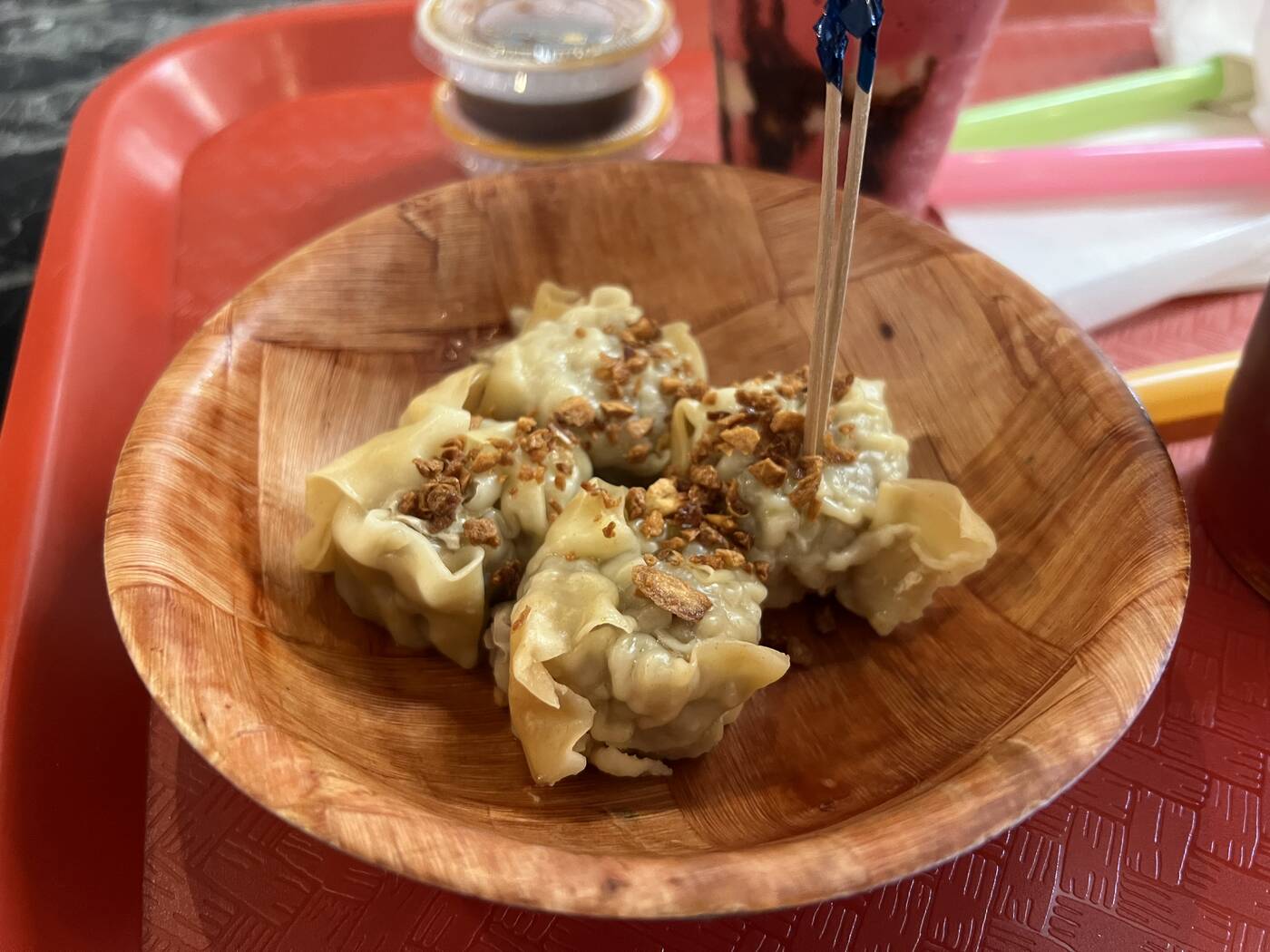 For a dash of Chinese-Filipino flavour, try the Pork Siomai ($6 for 4 pieces) which reminds me of a starchier version of the traditional Cantonese shaomai. 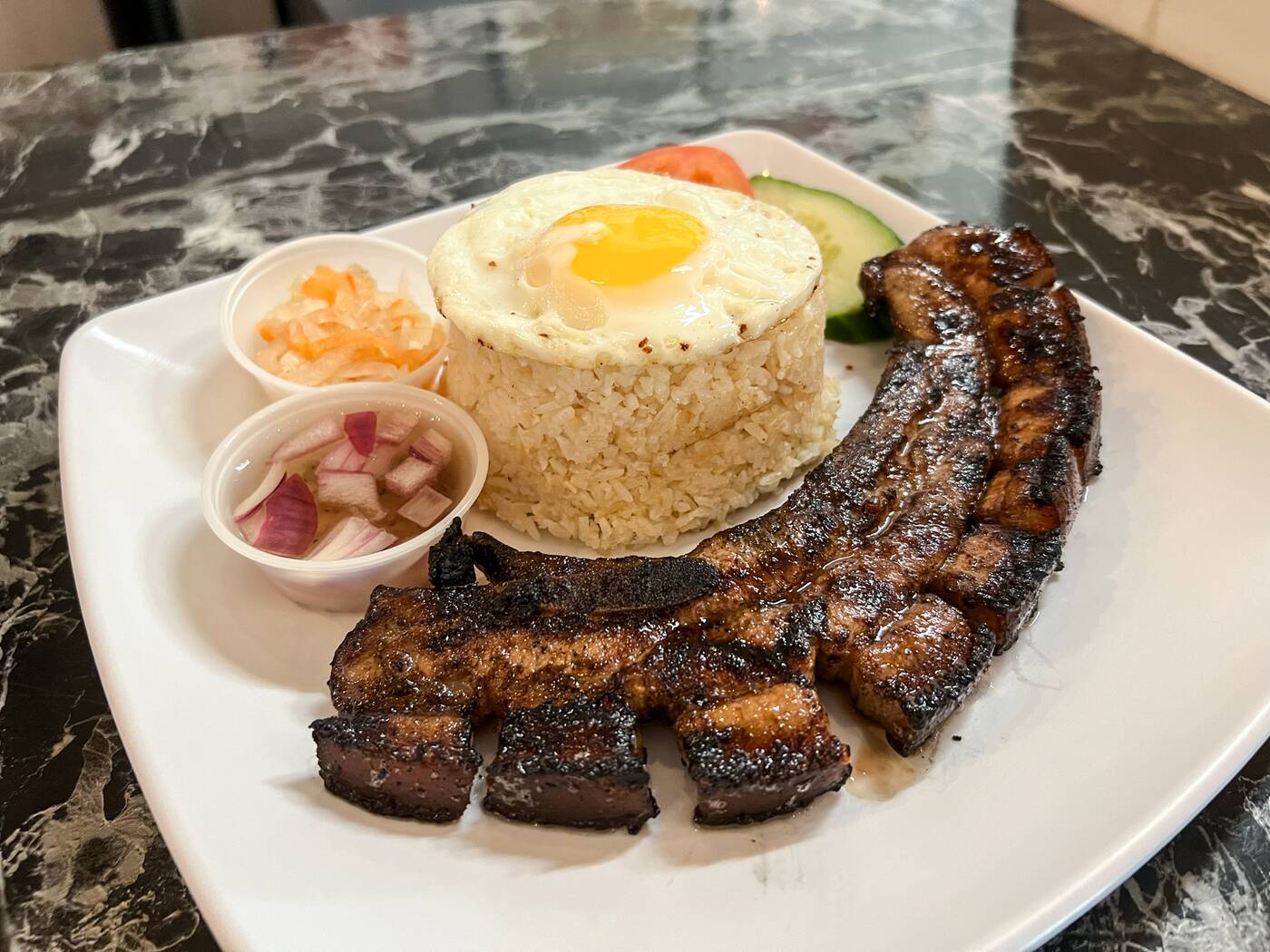 Those looking for something heartier can opt for Eskenita's silog meals, which are essentially substantial all-day breakfast plates. A highlight was the Liemposilog ($12) which consists of grilled marinated pork belly with garlic fried rice that's topped with a fried egg. 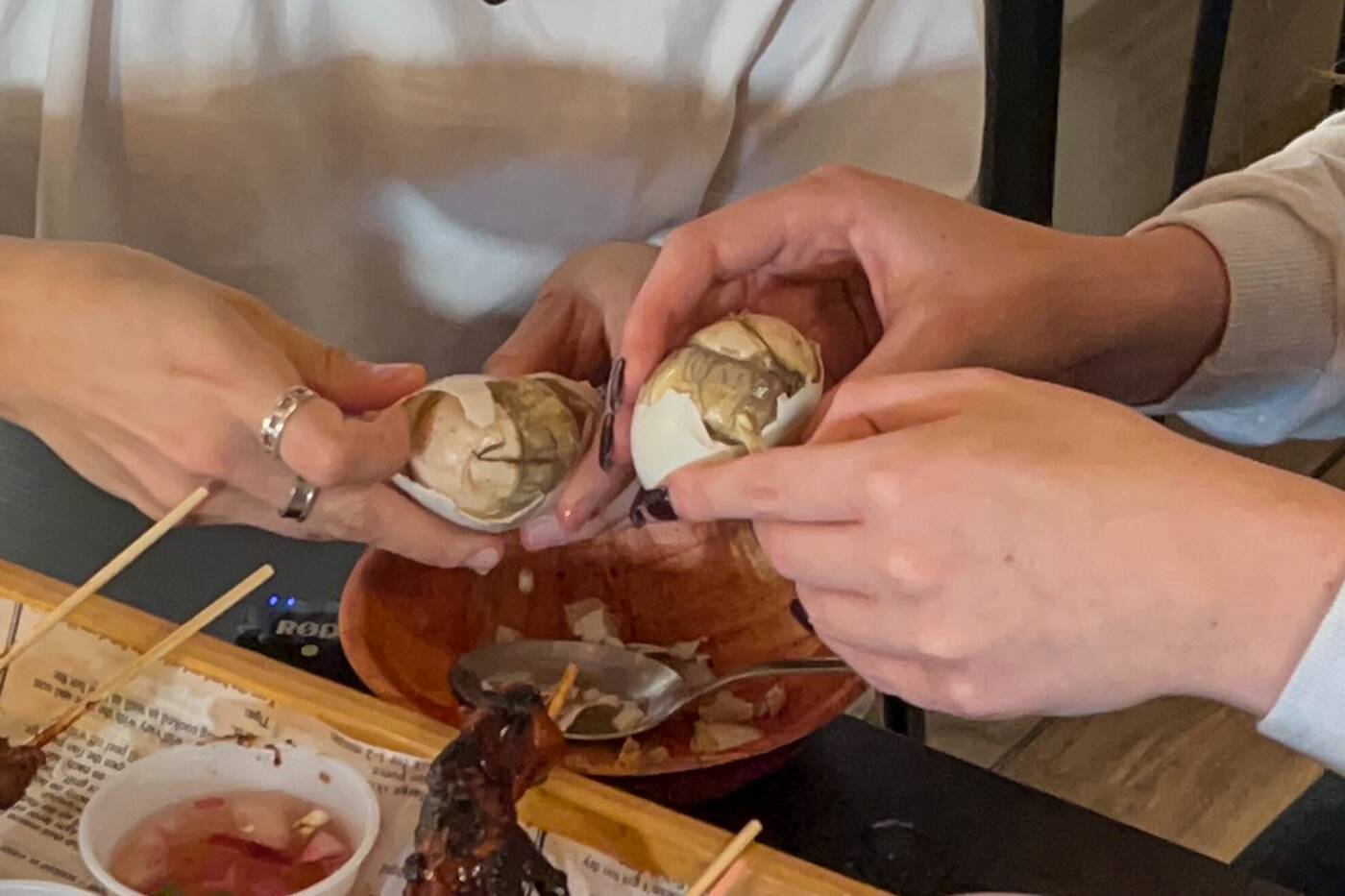 And yes, Eskenita also serves balut ($4) for those with a more adventurous palate.

John stated that for the best results, the balut should be no older than 14 days, as anything after that may result in an uneven texture that takes away from the eating experience. 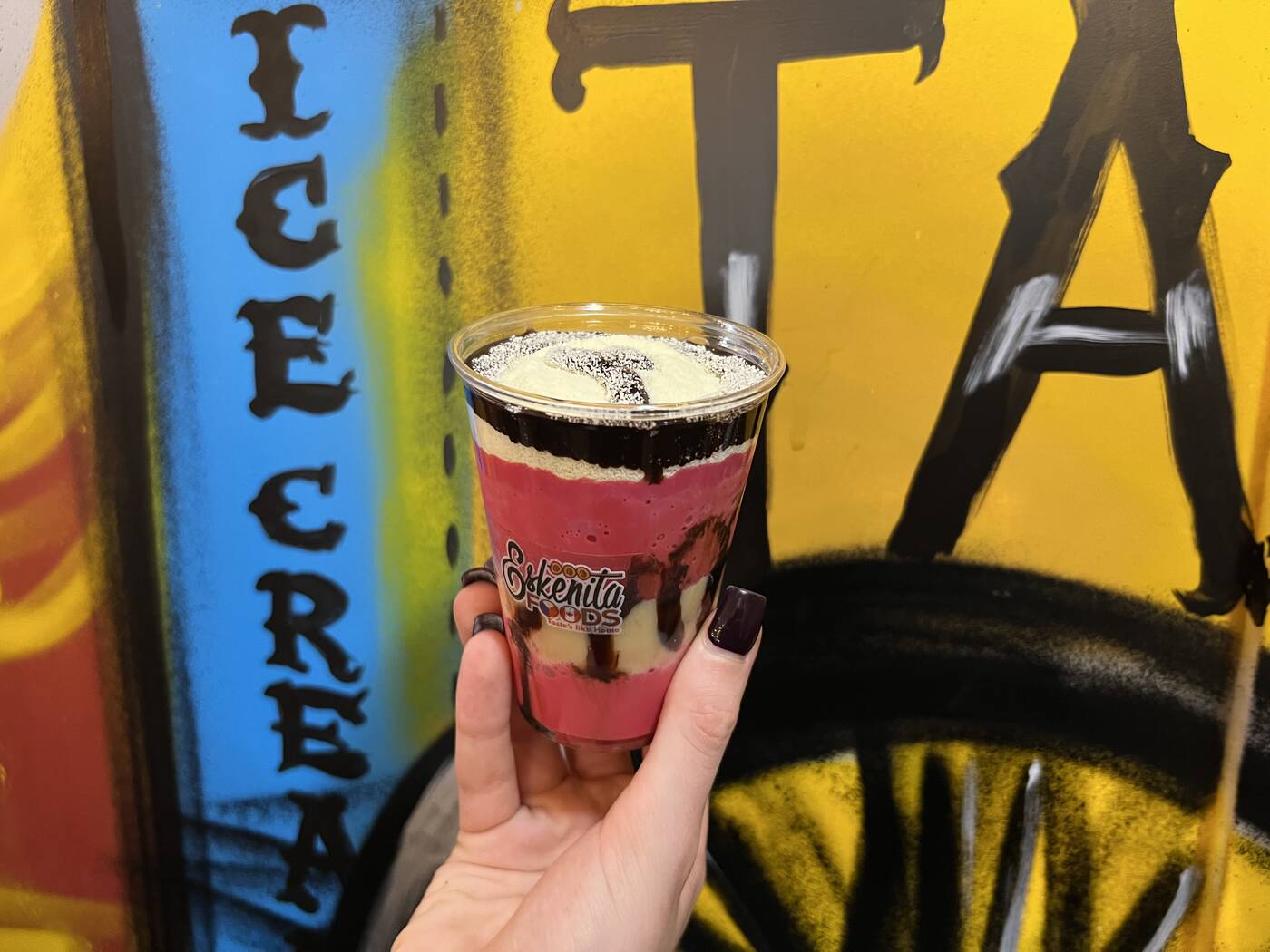 The store also sells a collection of sweet dessert drinks, with my favourite being the Ice Scramble ($4.50).

Known affectionately as 'iskrambol' in the Philippines, it consists of shaved ice with condensed milk, pink milk syrup, then topped with powdered milk and chocolate syrup. It is surprisingly refreshing, while not being overly sweet. 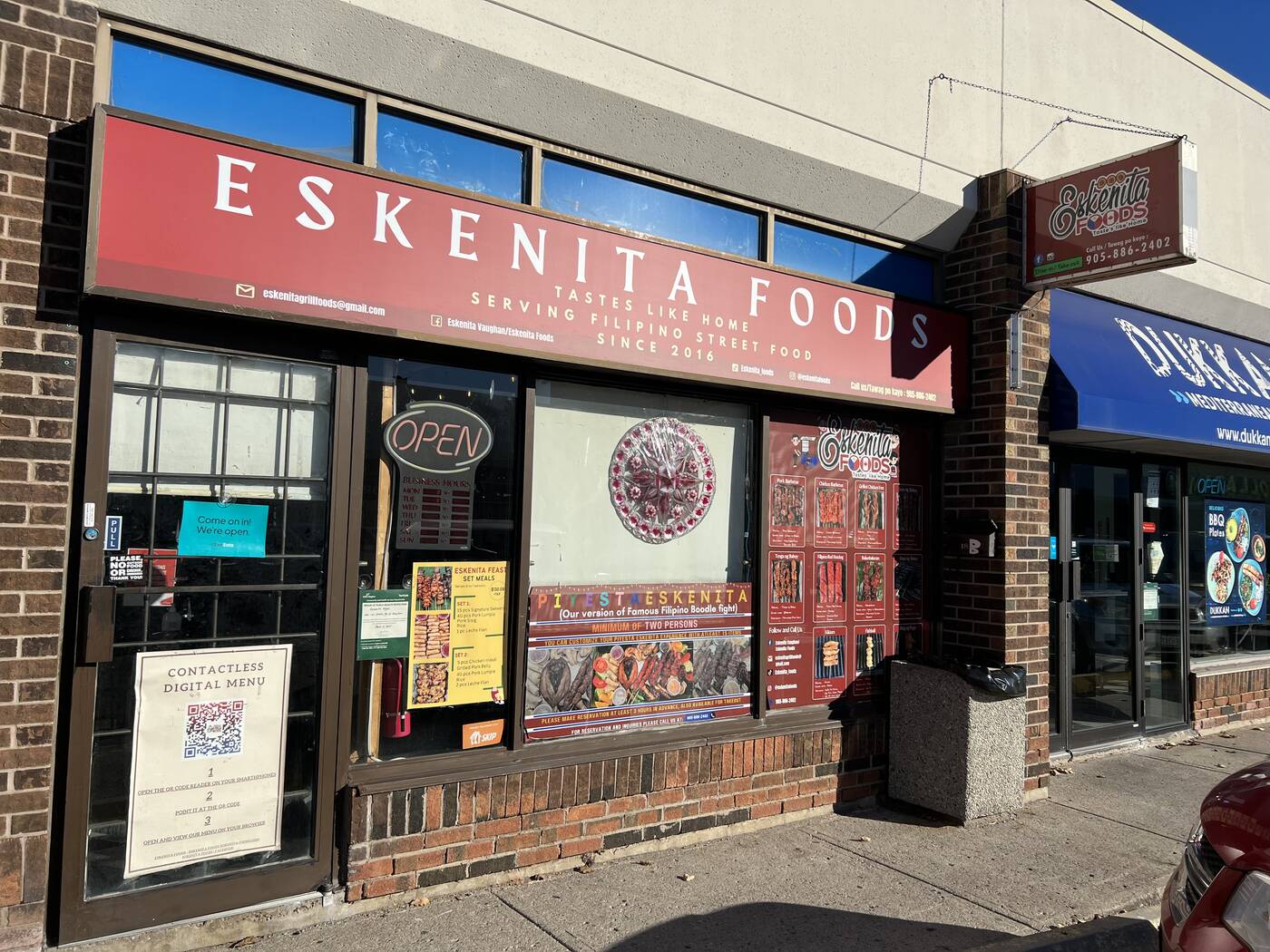