The Enchanted Poutinerie is notorious for their psychedelic Insta-worthy "Unicorn Poutine" topped with rainbow curds and gravy.

Their whole menu consists of a wide range of equally outrageous poutines made using Canadian ingredients. 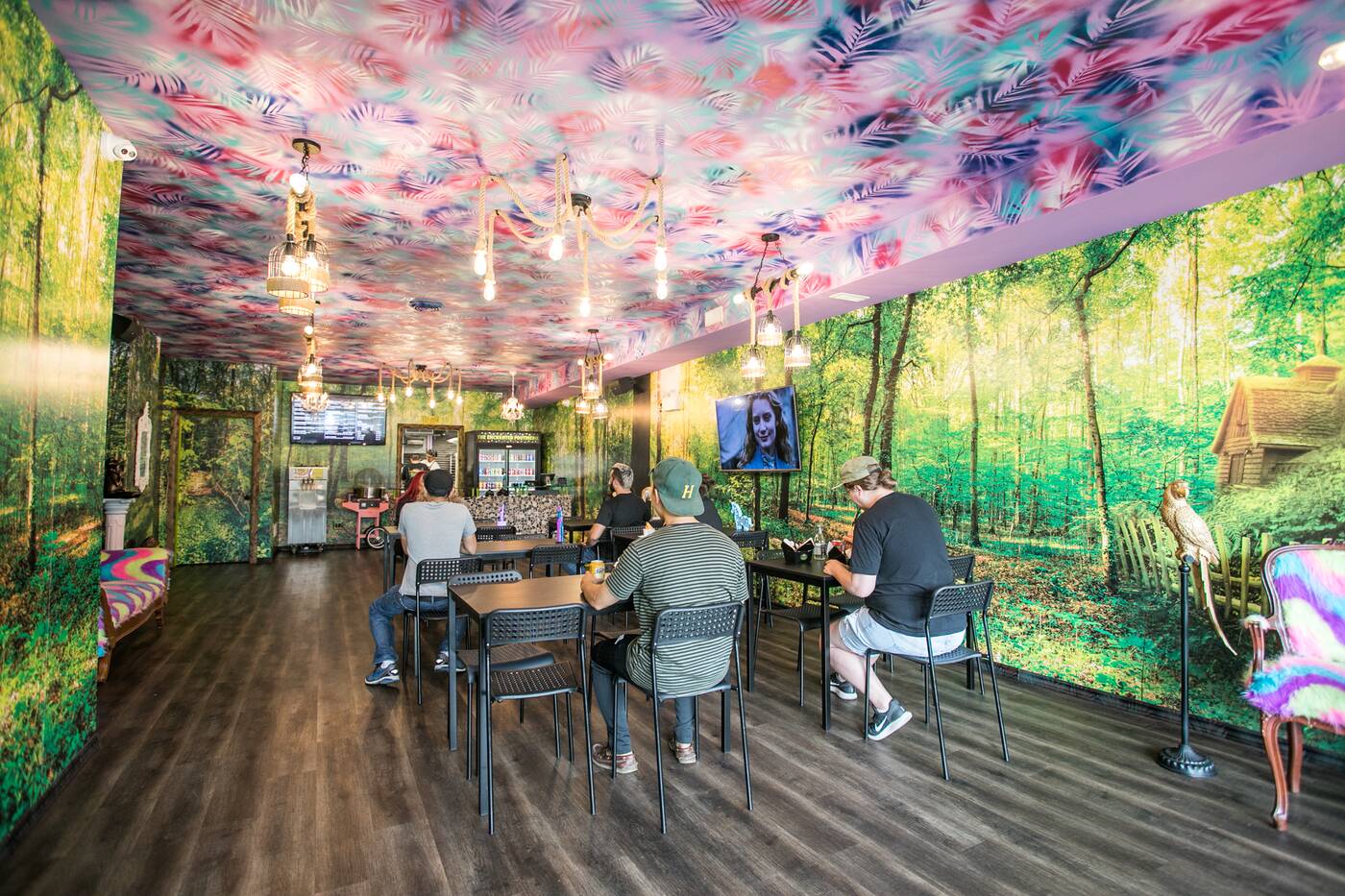 The psychedelia extends to the look of the space, the walls covered in 3M vinyl wrap that transforms the casual restaurant into an enchanted forest, the ceiling spray-painted with a dreamy palm frond motif in purple, blue and pink. 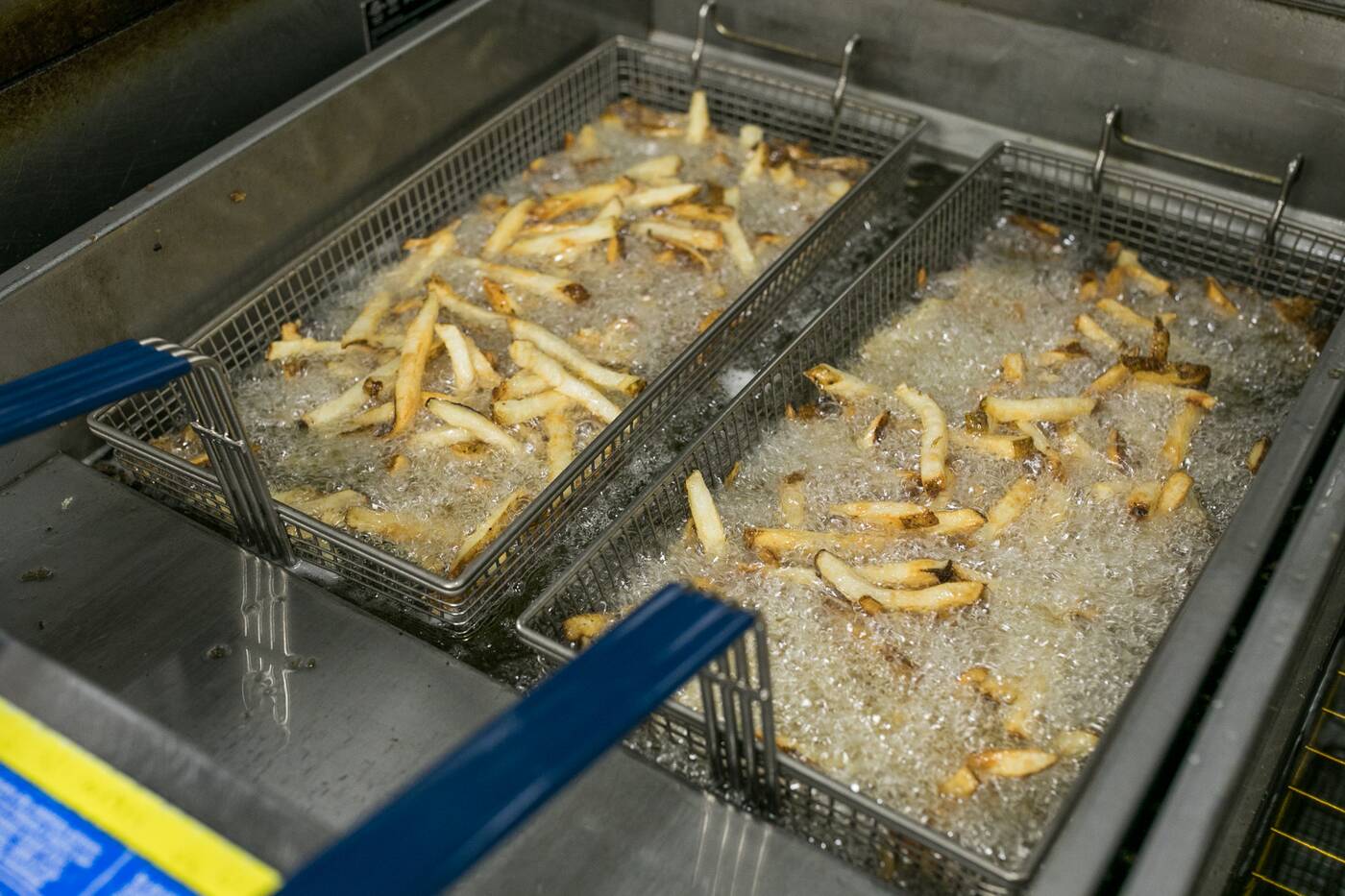 All fries are made using PEI potatoes, and cheese curds are imported from Quebec. 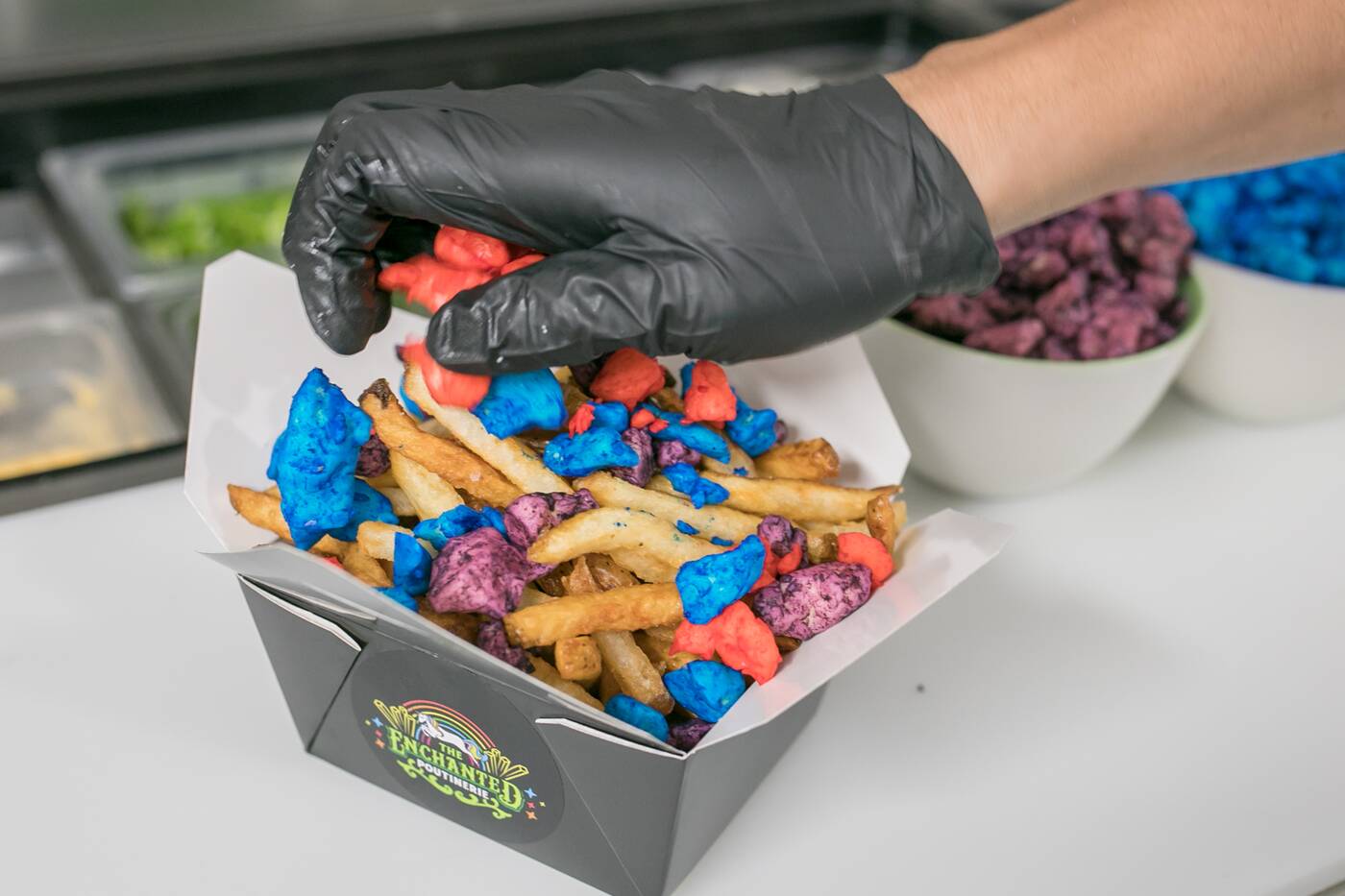 Naturally, the Unicorn Poutine ($10.79 for a regular size) has to be tackled first. Curds are tossed in food colouring, and some is added to a vegan gravy as well, which is drizzled in a striped pattern to achieve a marbled rainbow effect.

Since the food colouring has no taste, the hurdles here are all mental: in every other way this tastes like an ordinary poutine, the vegan gravy savoury and secretly well-seasoned, the curds squeaky and creamy in the centre. 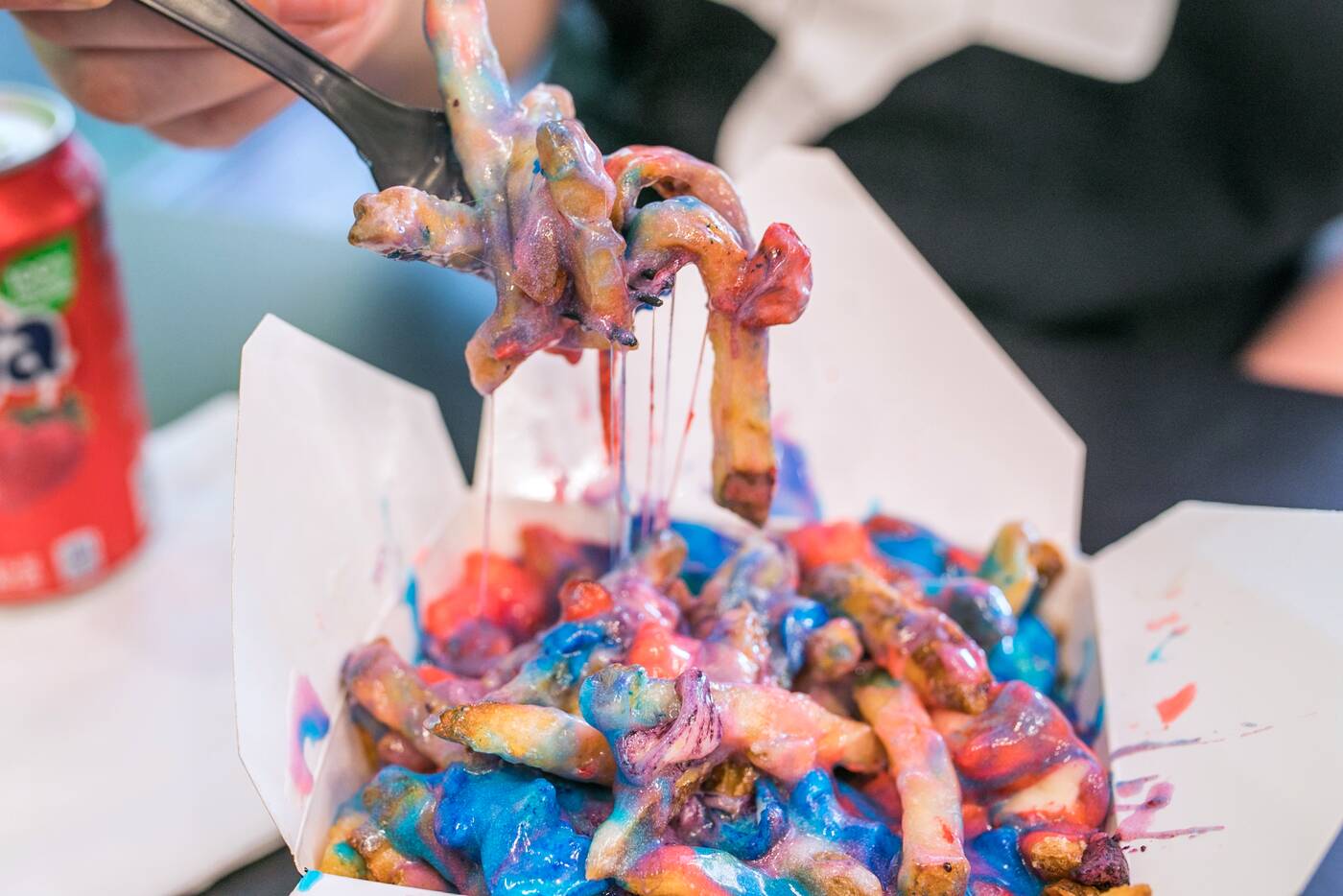 Fries have nice crispy skins, so if you can get over a natural aversion to eating blue food, it's a pretty good standard poutine that just so happens to be seriously 'grammable. 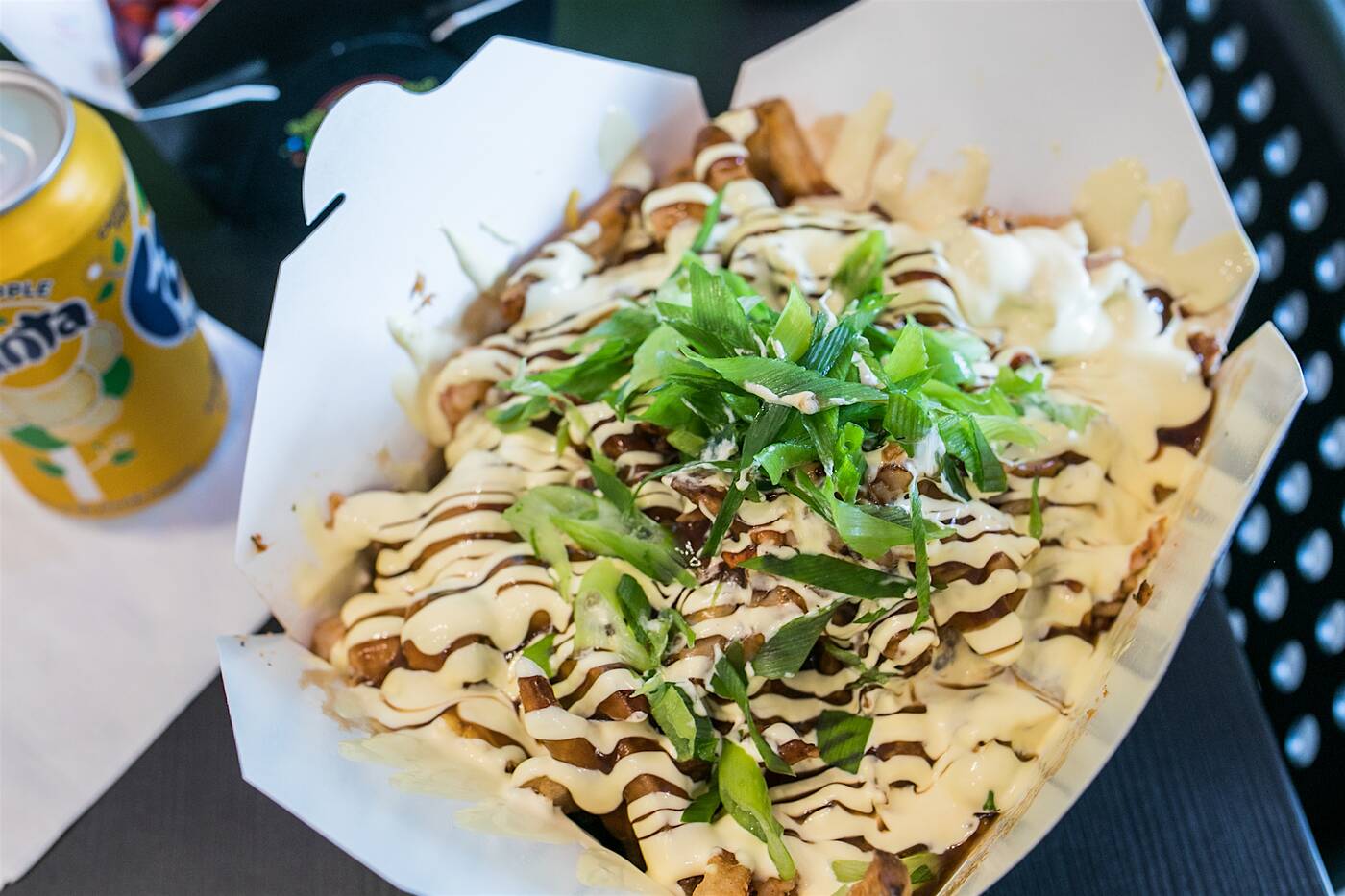 Ball out on a Lobster Poutine (the most expensive offering at $19.79 for a large order), topped with lobster that's also imported from PEI. 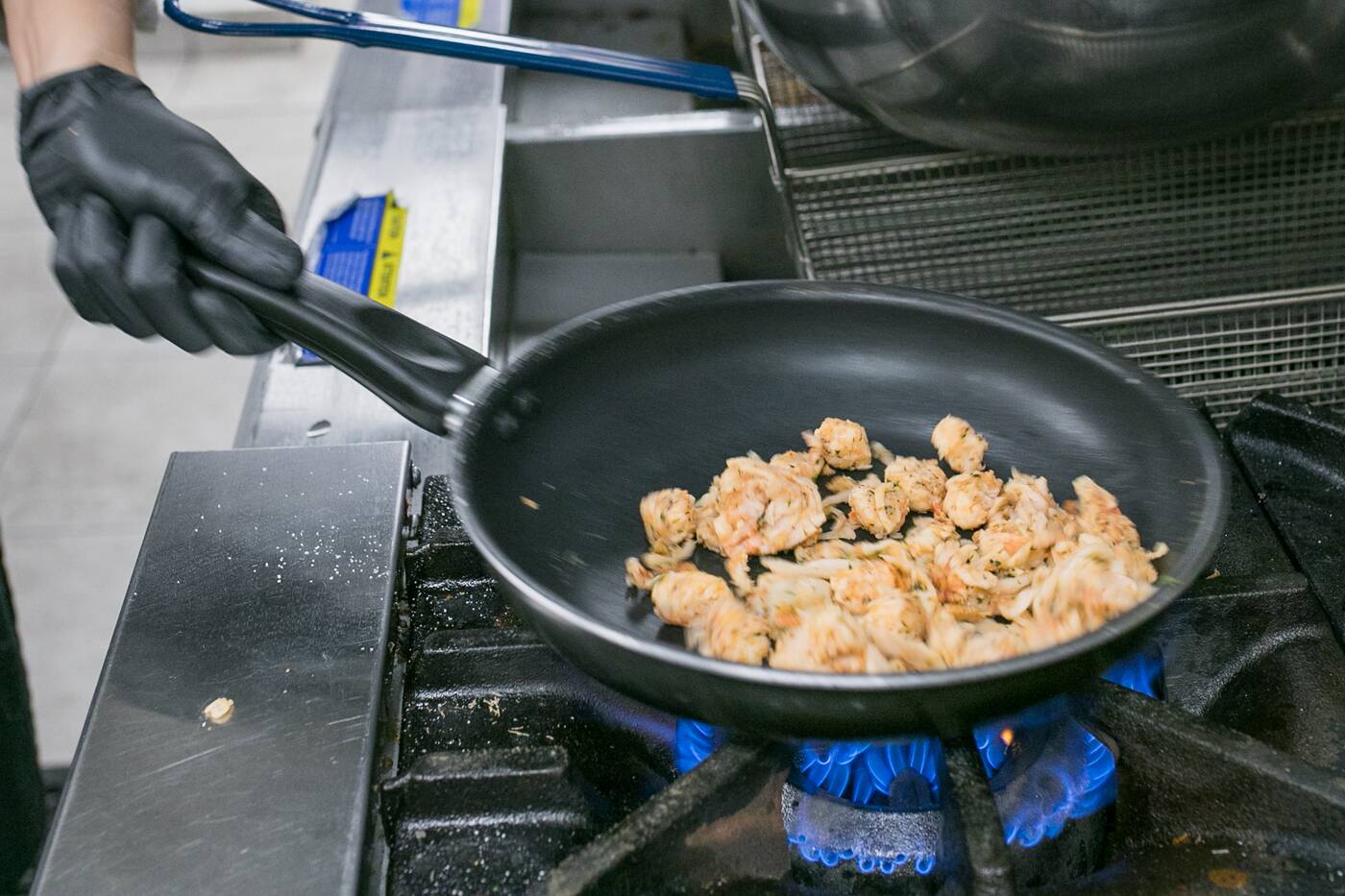 Given a brief flash in the pan before being used as a topping, the lobster is more flaked rather than diced fresh. 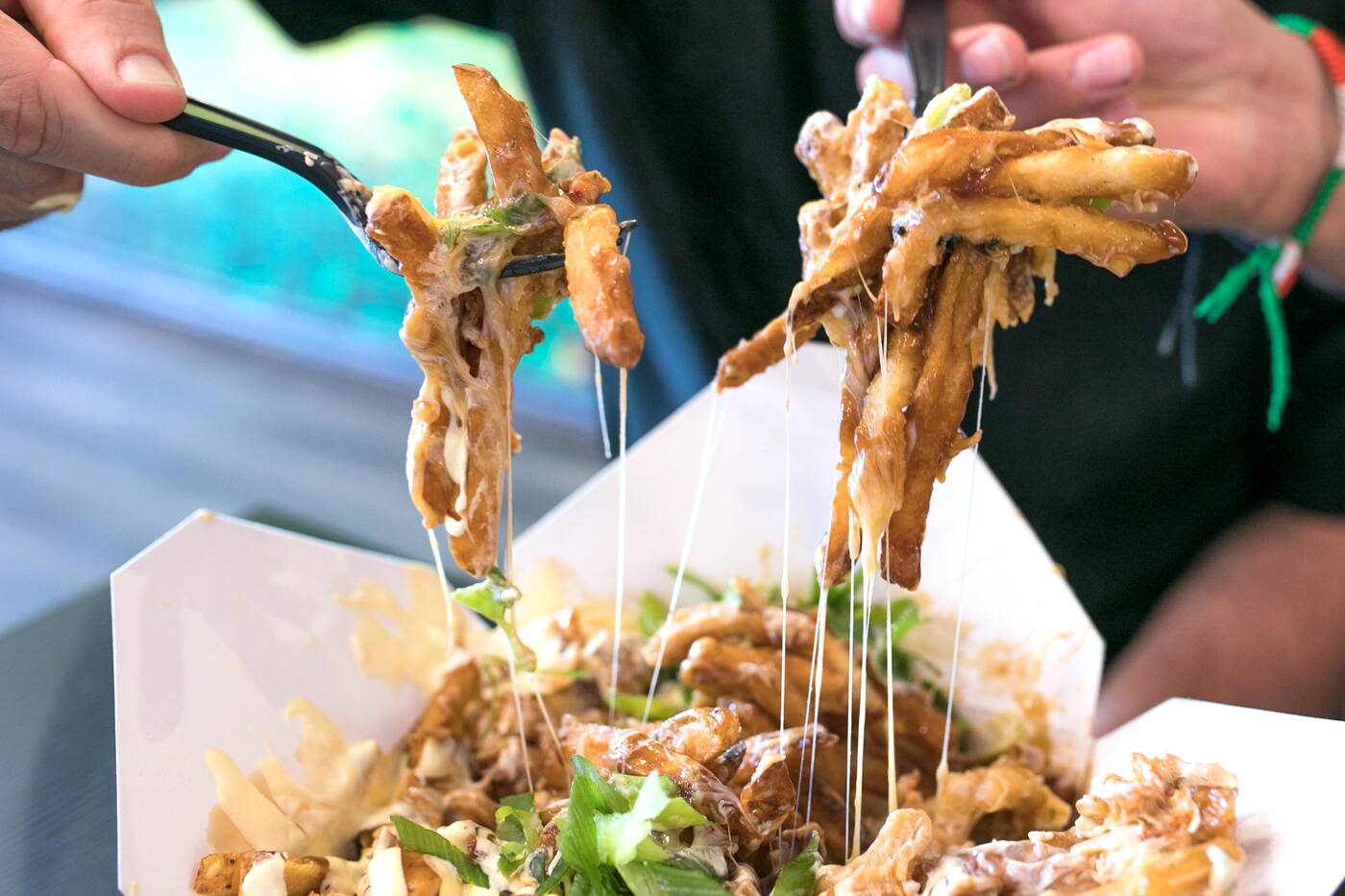 Also topped with stretchy cheddar and mozzarella, the surprise element here is a hollandaise with a touch of curry that tends to dominate the dish more than any lobster flavour. 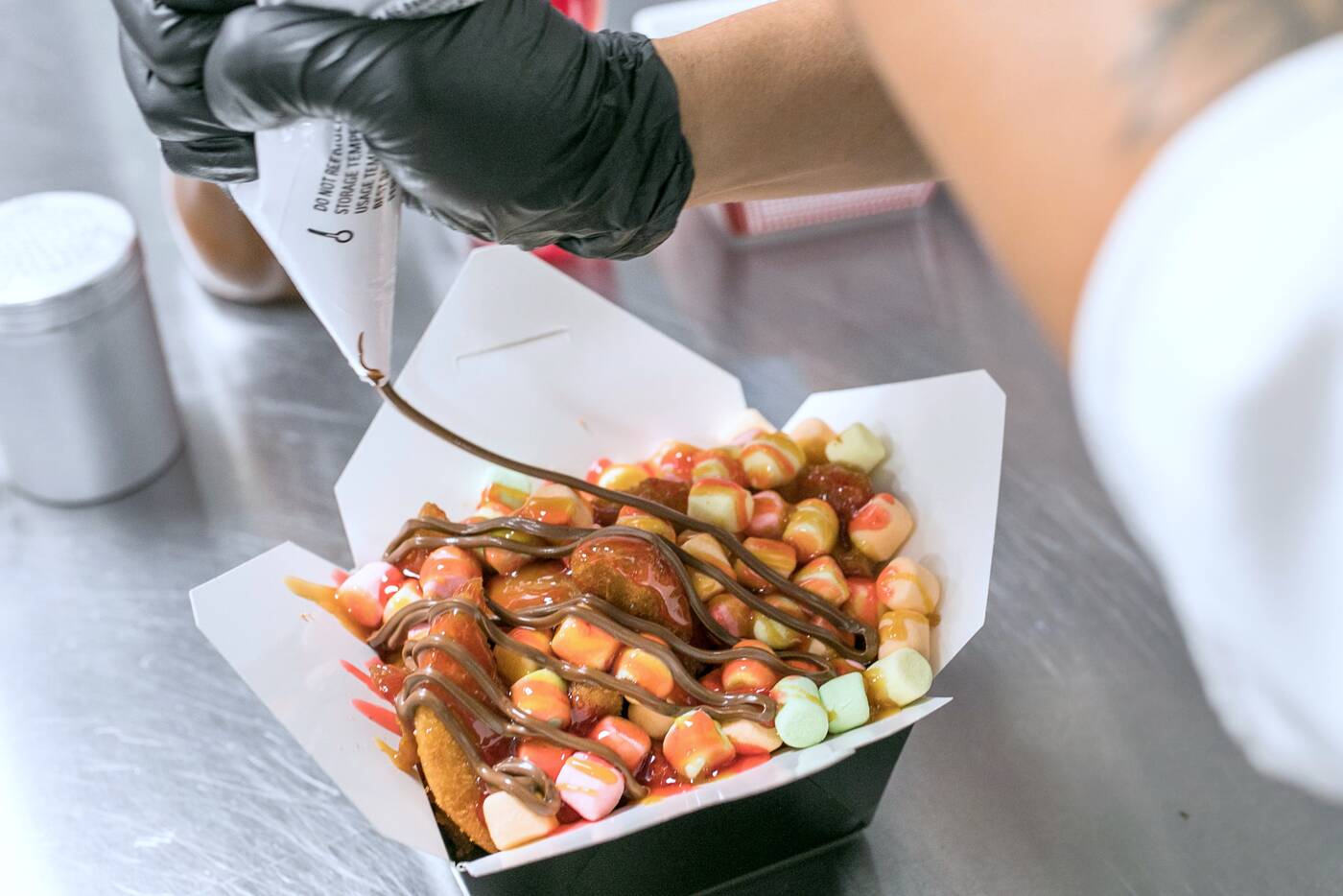 Zanier still is the Enchanted Poutine Dessert ($10.79 for a regular order), made with a base of fried dough wedges tossed in sugar. Crispy on the outside and fluffy on the inside, they actually are kind of like a sweet version of potato wedges. 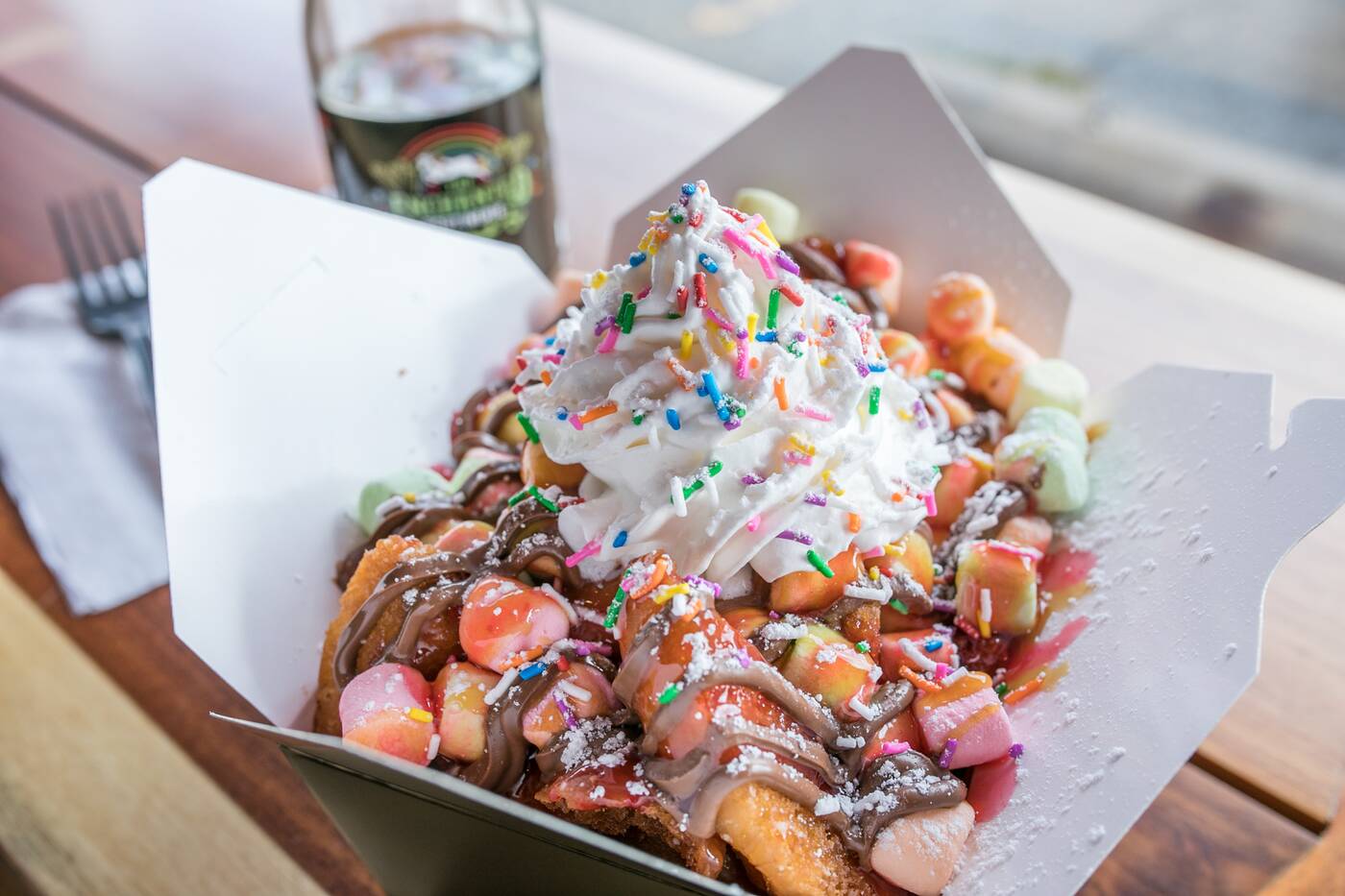 Caramel and raspberry sauces, mini marshmallows, whipped cream, sprinkles and icing sugar complete this treat that feels like the CNE all year round. 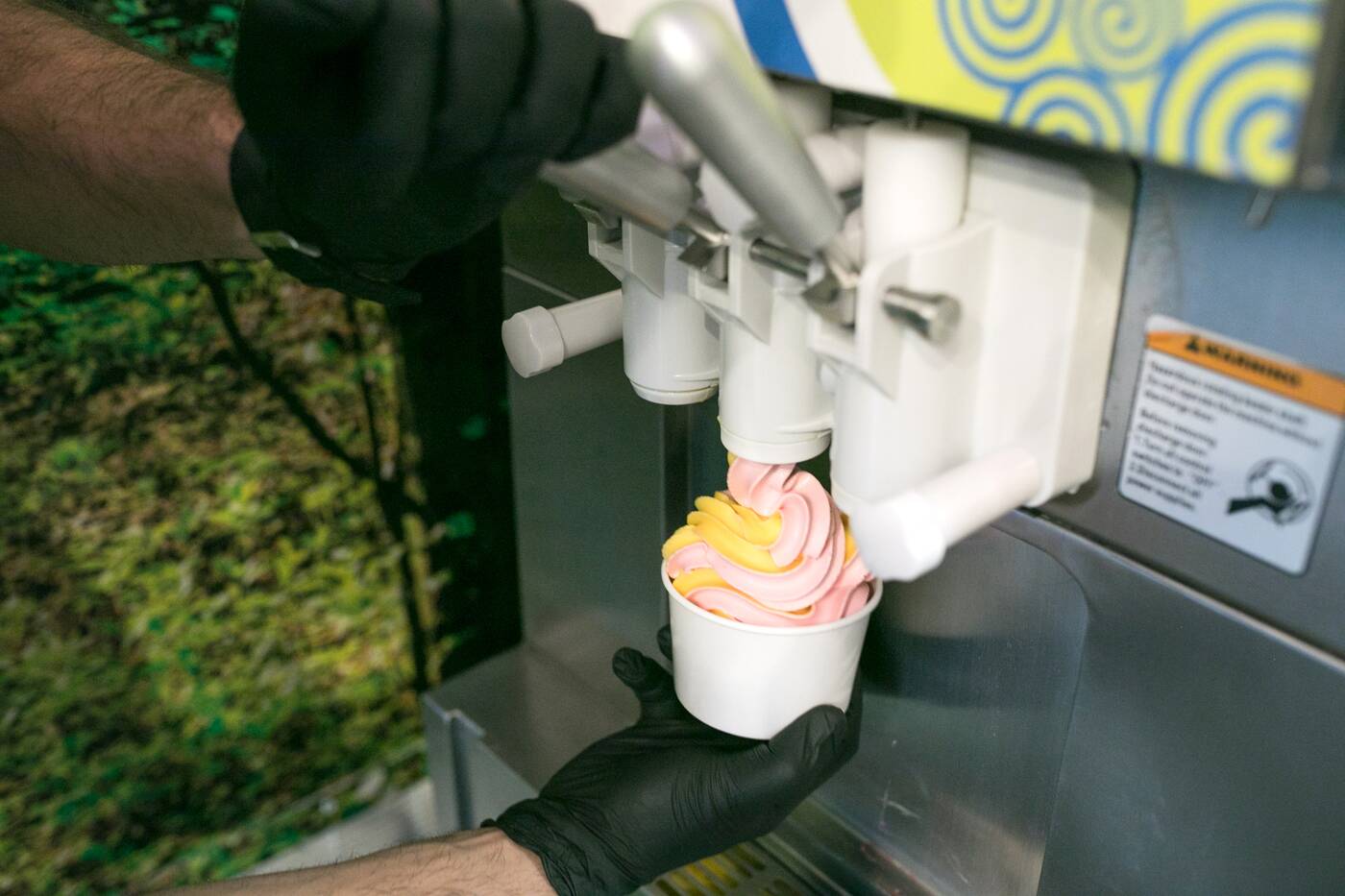 This place also just so happens to have vegan ice cream ($3.99) in rotating flavours, today's fruity and naturally sweet mango and strawberry. 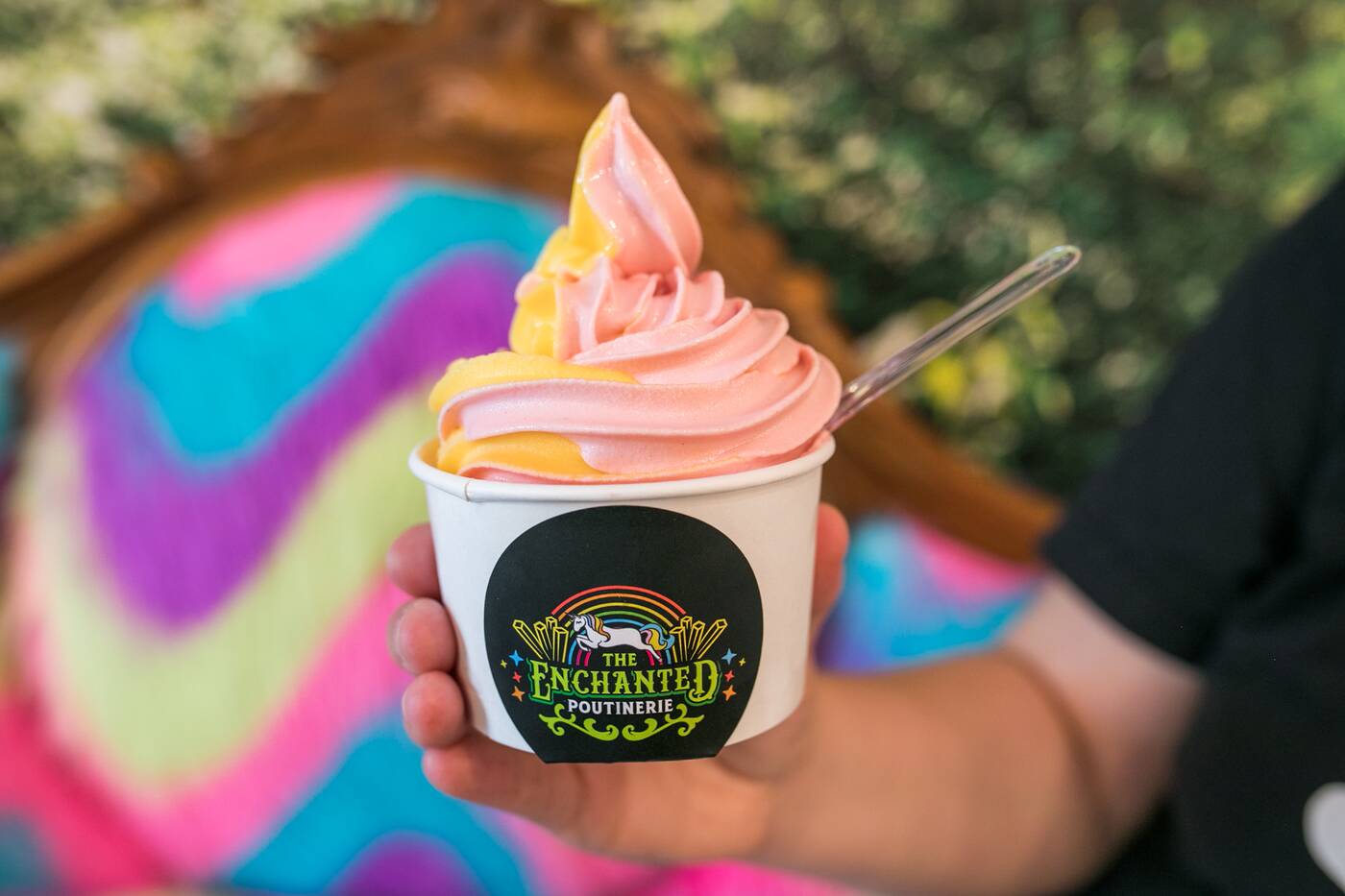 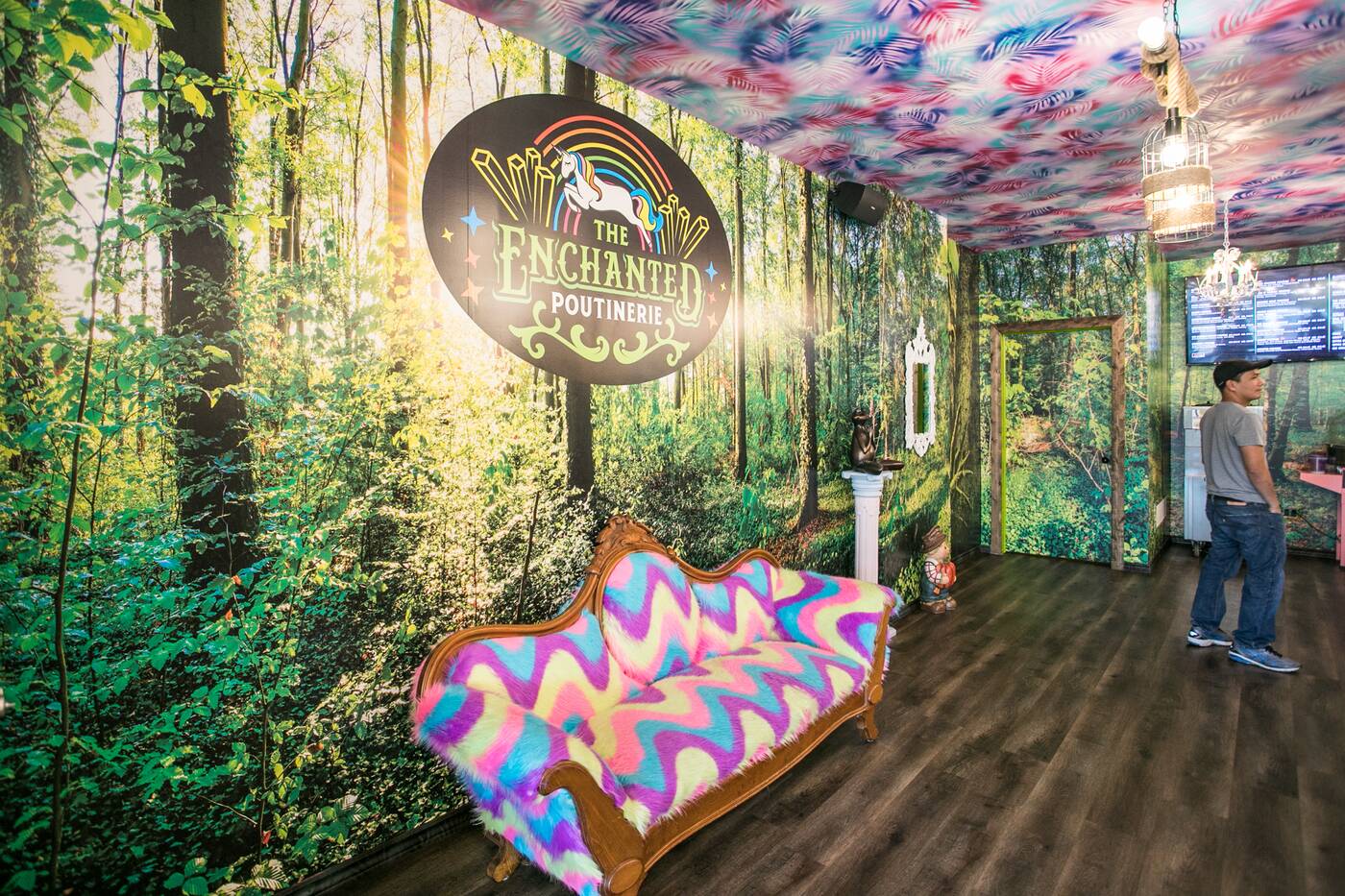 The Enchanted Poutinerie looks to continue spreading the magic with food trucks and more locations. 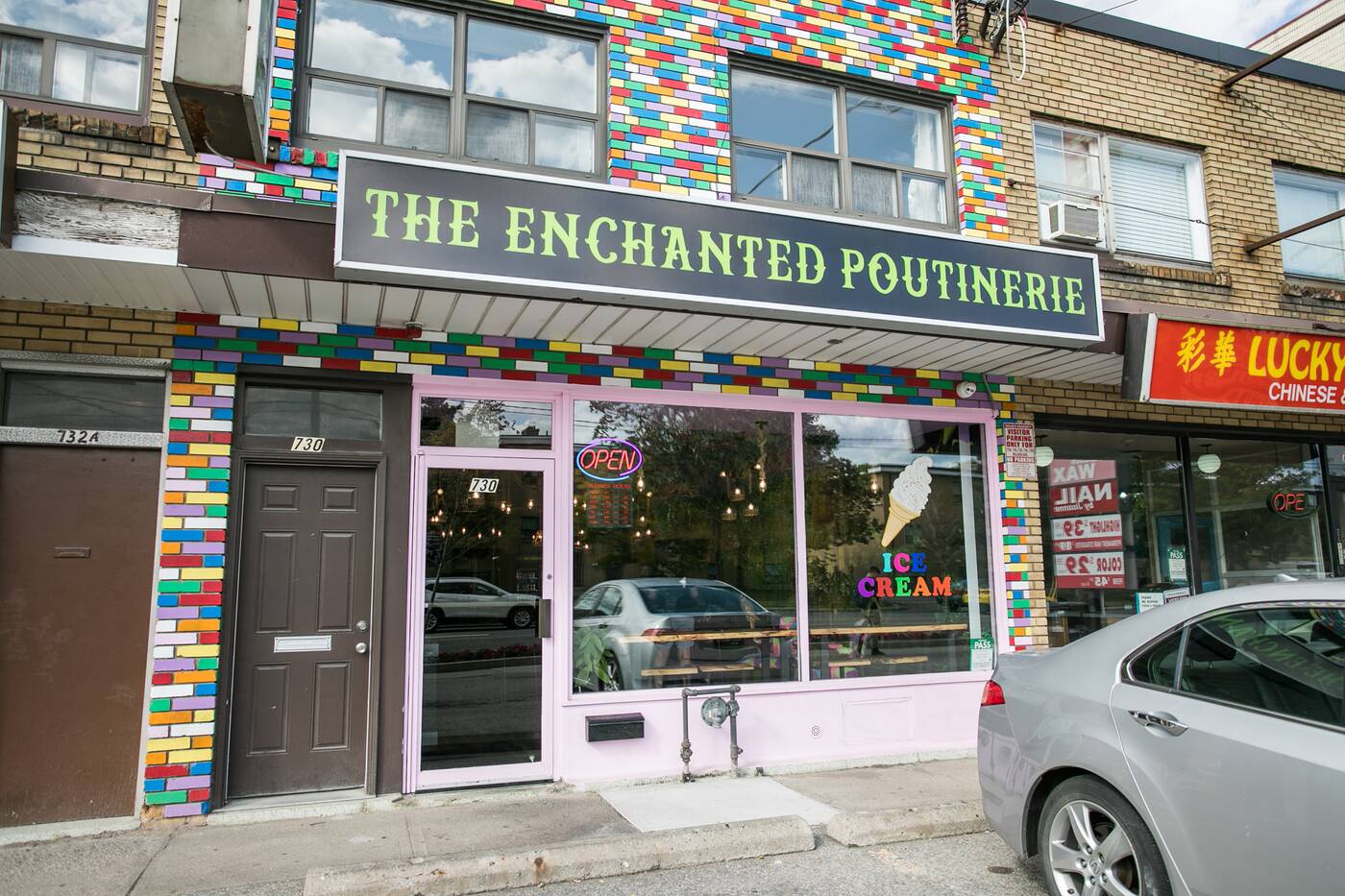