Egglinton Grill is open for takeout and delivery. Masks are mandatory. Hand sanitizer is at the entrance and counter.

Egglinton Grill is your typical greasy spoon with eggs and bacon cooked up from open to close alongside homemade burgers and stacks of pancakes.

The restaurant, which still feels a lot more like a convenience store, hasn't always been the local breakfast spot it is today. The storefront on Eglinton West used to draw in movie-watchers for the latest VHS rental and a bag of chips. 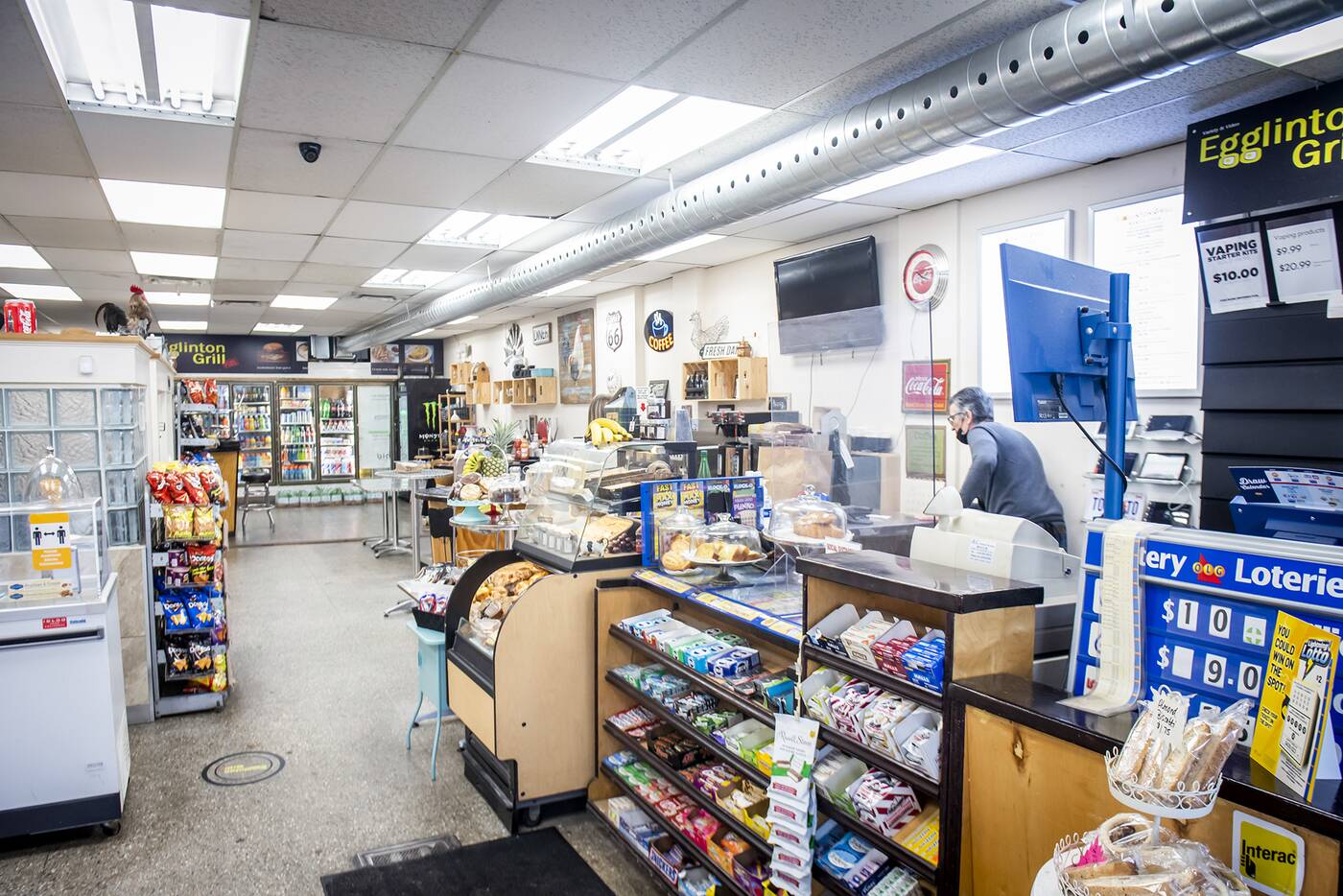 Steve Tasses opened this location as a video and variety store back in 1985 when business was booming.

But when Netflix and other streaming services obliterated the need for video rental in the city, Tasses took advice from a chef and friend of his to pivot to breakfast, something that won't ever die out. 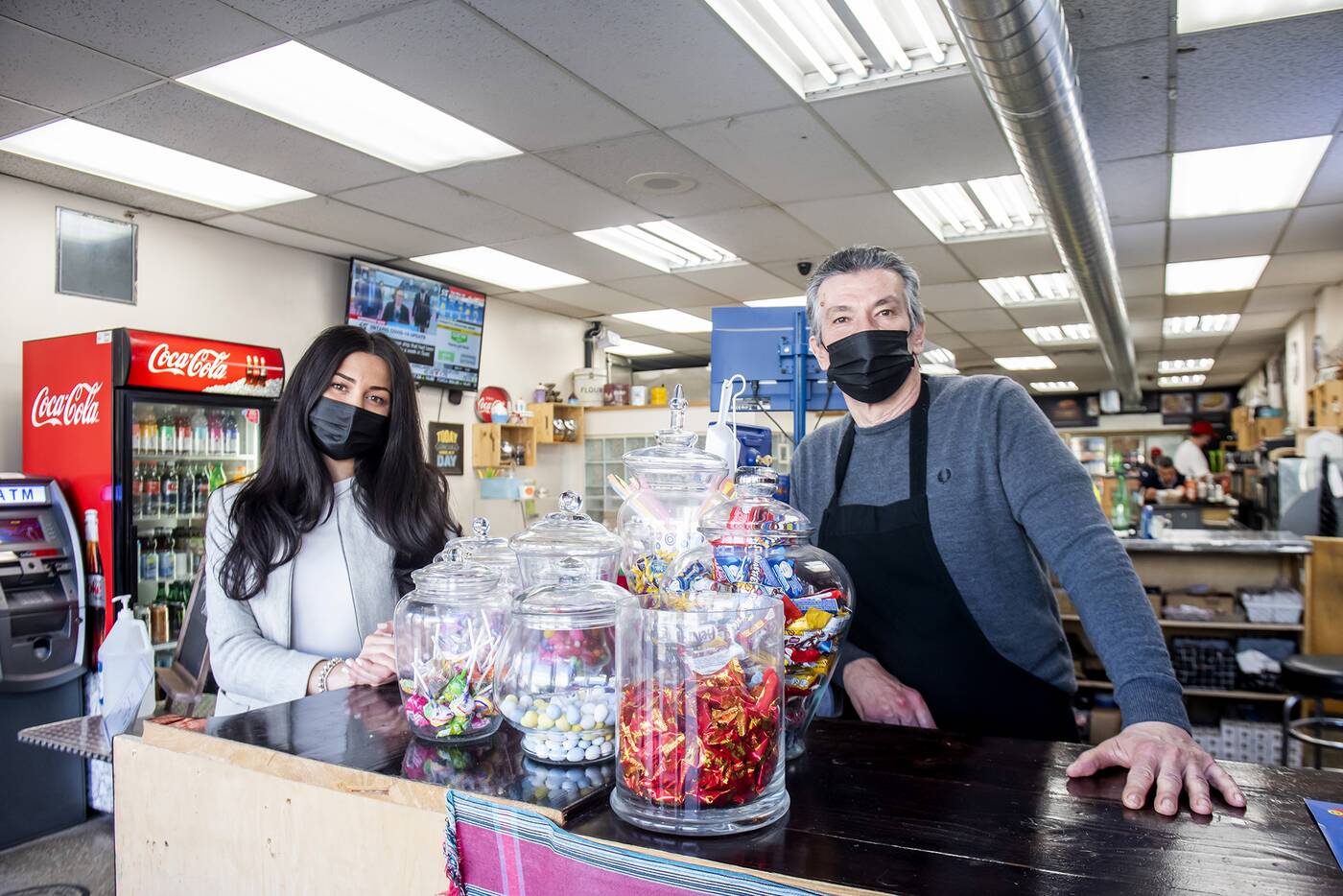 If you ever pay the spot a visit, you're likely to see Tasses behind the counter where lottery tickets and packs of gum can still be found — or his 25-year-old daughter, Joanna, who is known to come in often to help out her dad in the store she grew up in.

Not so much a cook himself, Tasses strikes up friendly conversation with his regulars while his trusted cooks take care of the sunny-side-ups in the kitchen. 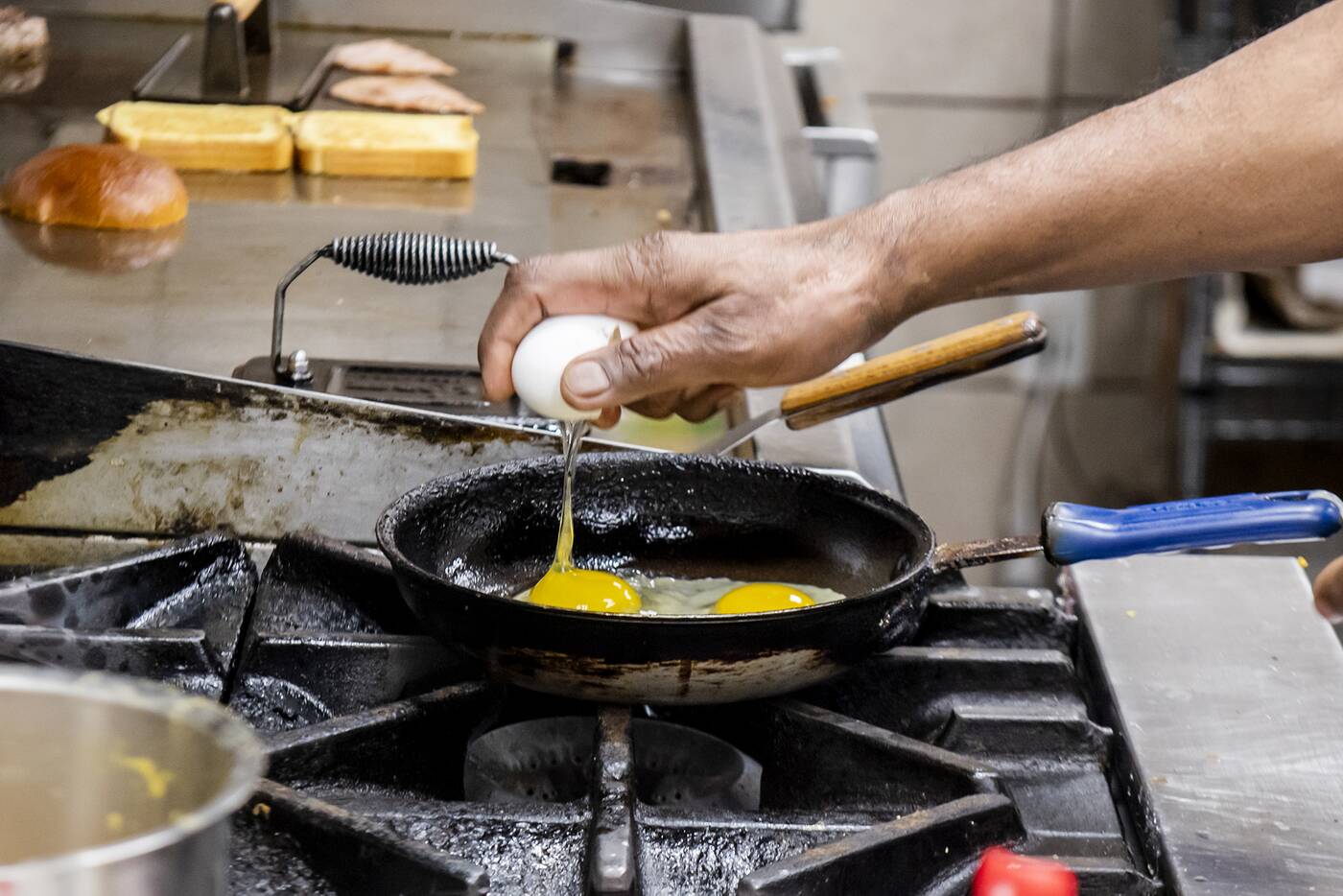 The menu of eggs, omelettes and breakfast sandwiches is available until close at 4 p.m. every day. You'll just want to make it in before 10:30 in the morning if you want to grab the original breakfast ($6.99 after 10:30 a.m.) for one dollar less.

It's served with three eggs of any style, four pieces of bacon, turkey bacon, sausage or ham and either the hand-cut fries or homefries with peppers and onions as the side. 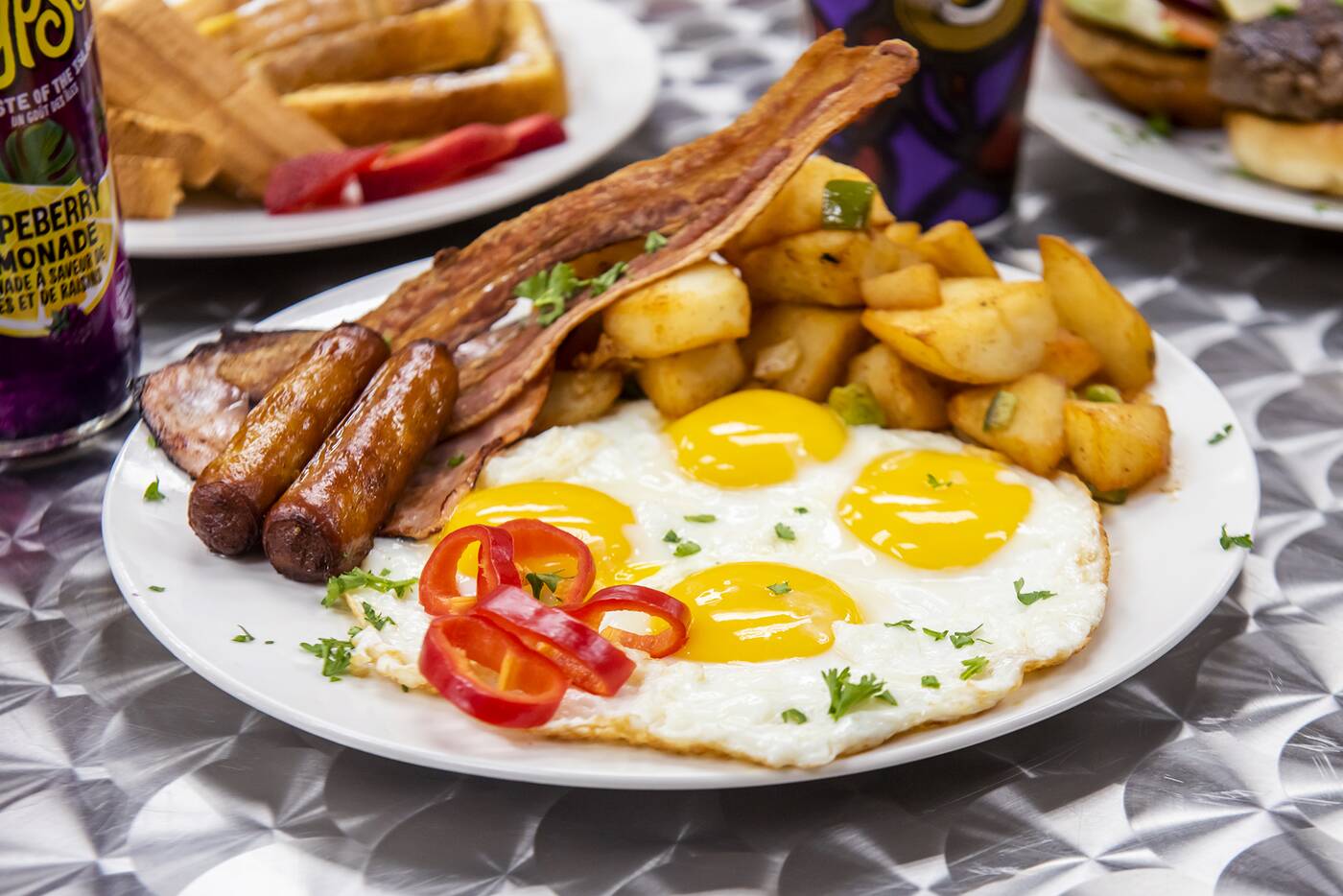 Although those portions may be more than enough for some, there's also chef John's big breakfast ($9.99), which is named after Tasses' late friend who convinced him to open the grill. It comes with four eggs, two sausages, two pieces of bacon, two slices of ham and two pancakes. 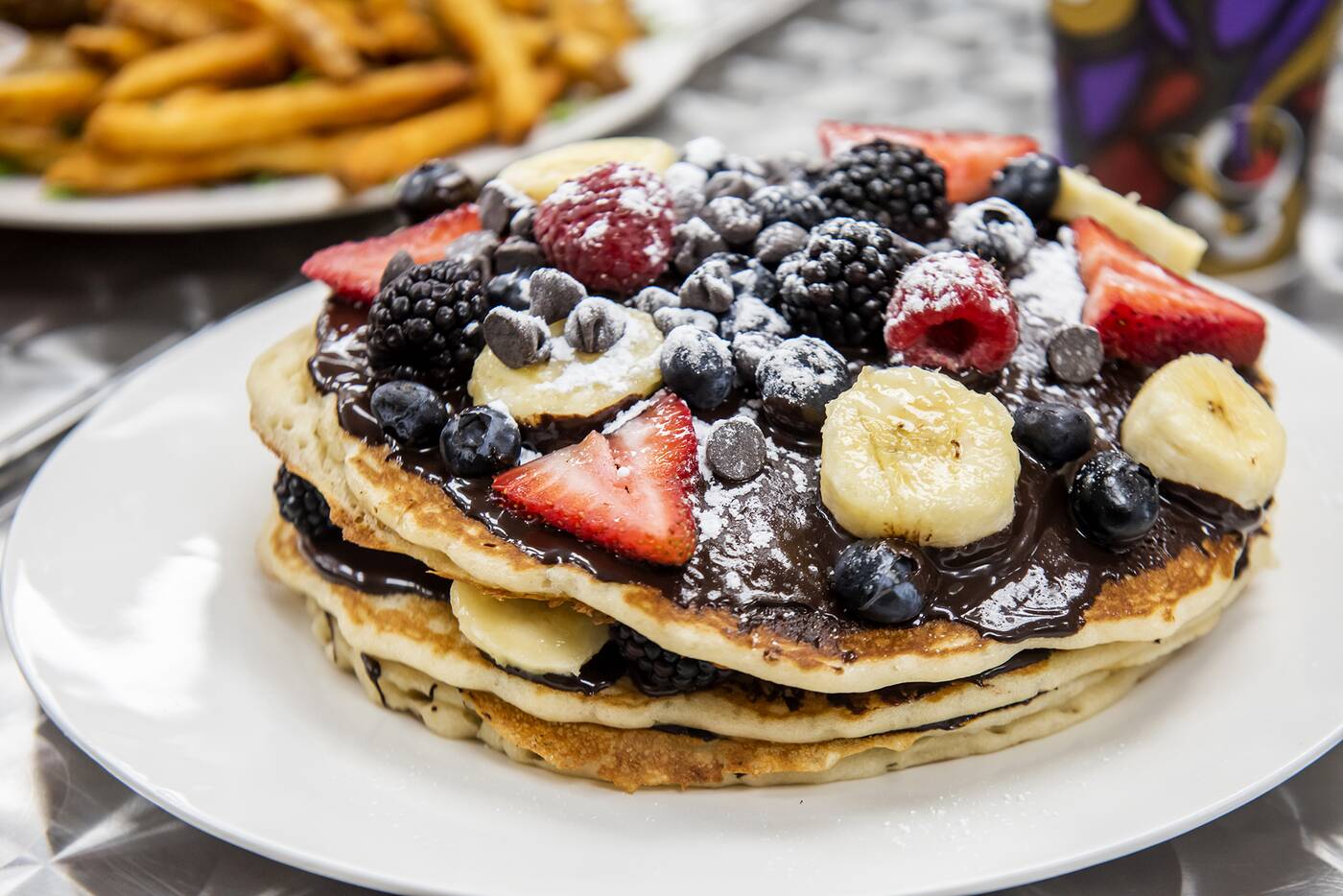 Although it's hard to imagine many are getting this for breakfast as it's suited much better as a dessert, the chocolate dream ($9.99) is a stack of three pancakes slathered in Lindt chocolate, bananas and a mix of berries and chocolate chips.

The best part is that the fruit and chocolate are generously added between each layer of pancake so no bite goes without. 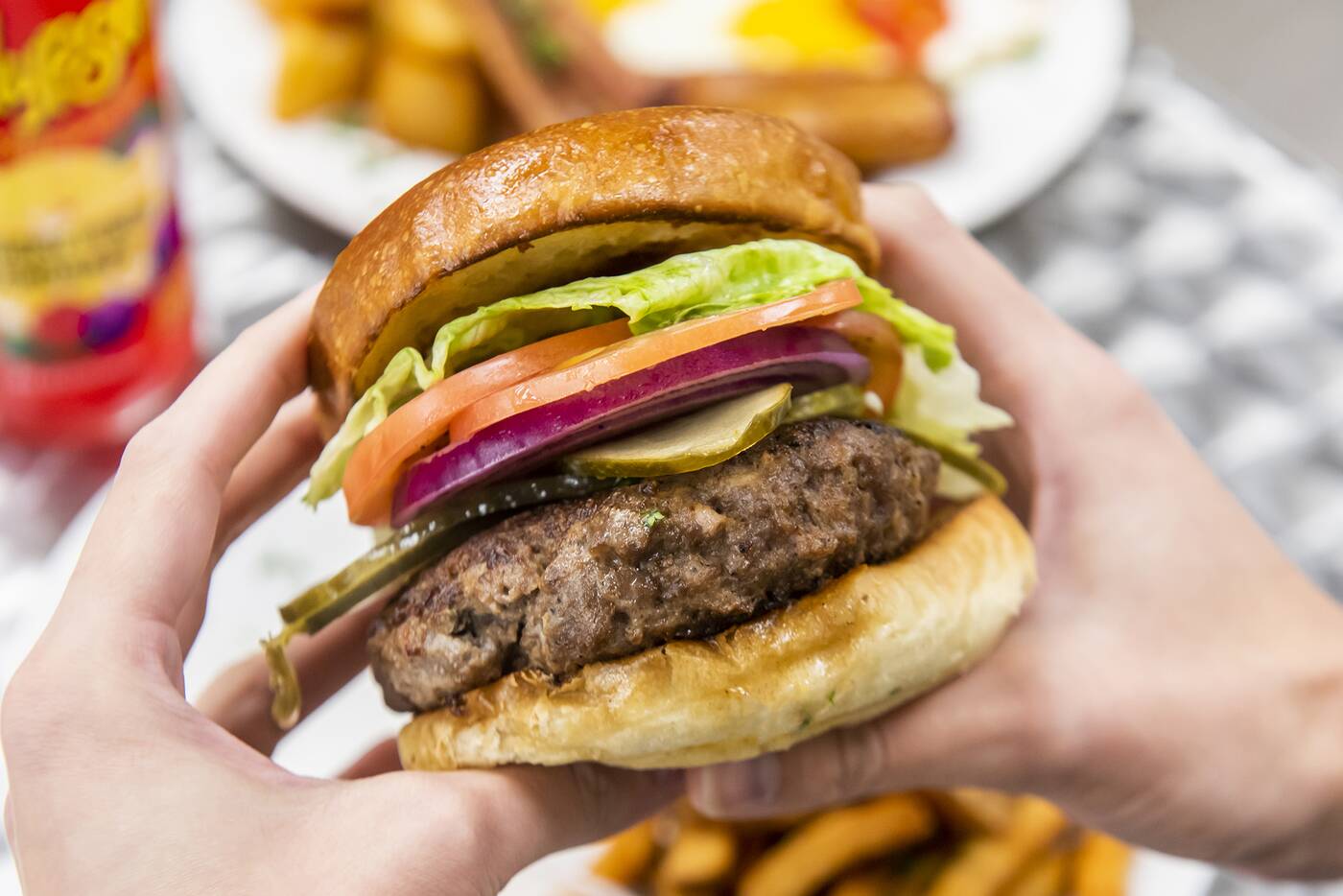 Like any good diner, Egglinton Grill doesn't disappoint when it comes to their burger. Served as 5 or 9 oz patties (5 oz: $5.99, 9 oz: $7.99), they're made from fresh ground beef. And it shows — the flavourful and juicy patties taste homemade in the best way. 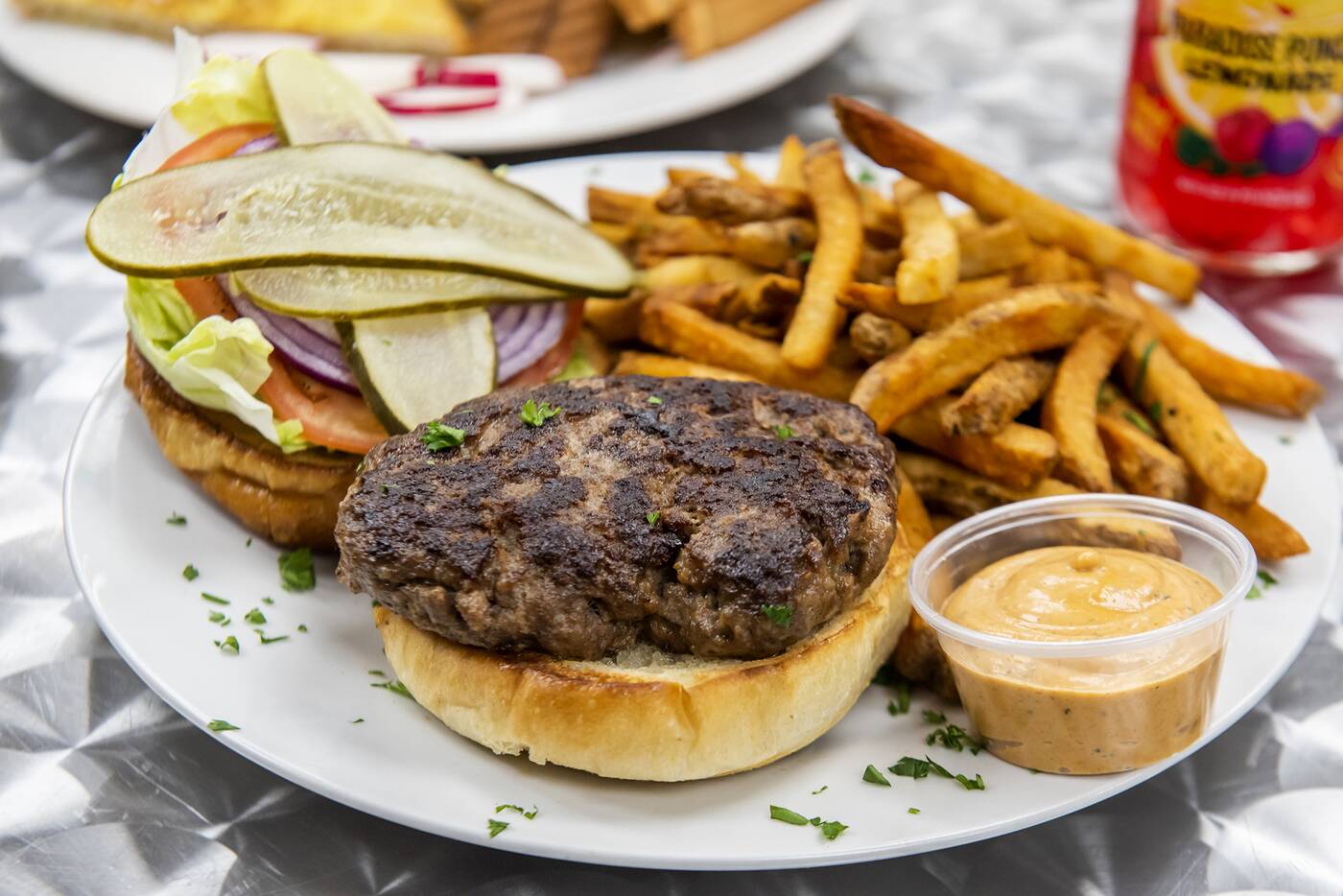 Dressed in tomatoes, onion, tomato and pickle, the burger goes great with a side of the crispy fries and their special sauce, made with a mix of secret sauces to produce something close to the iconic Big Mac sauce. 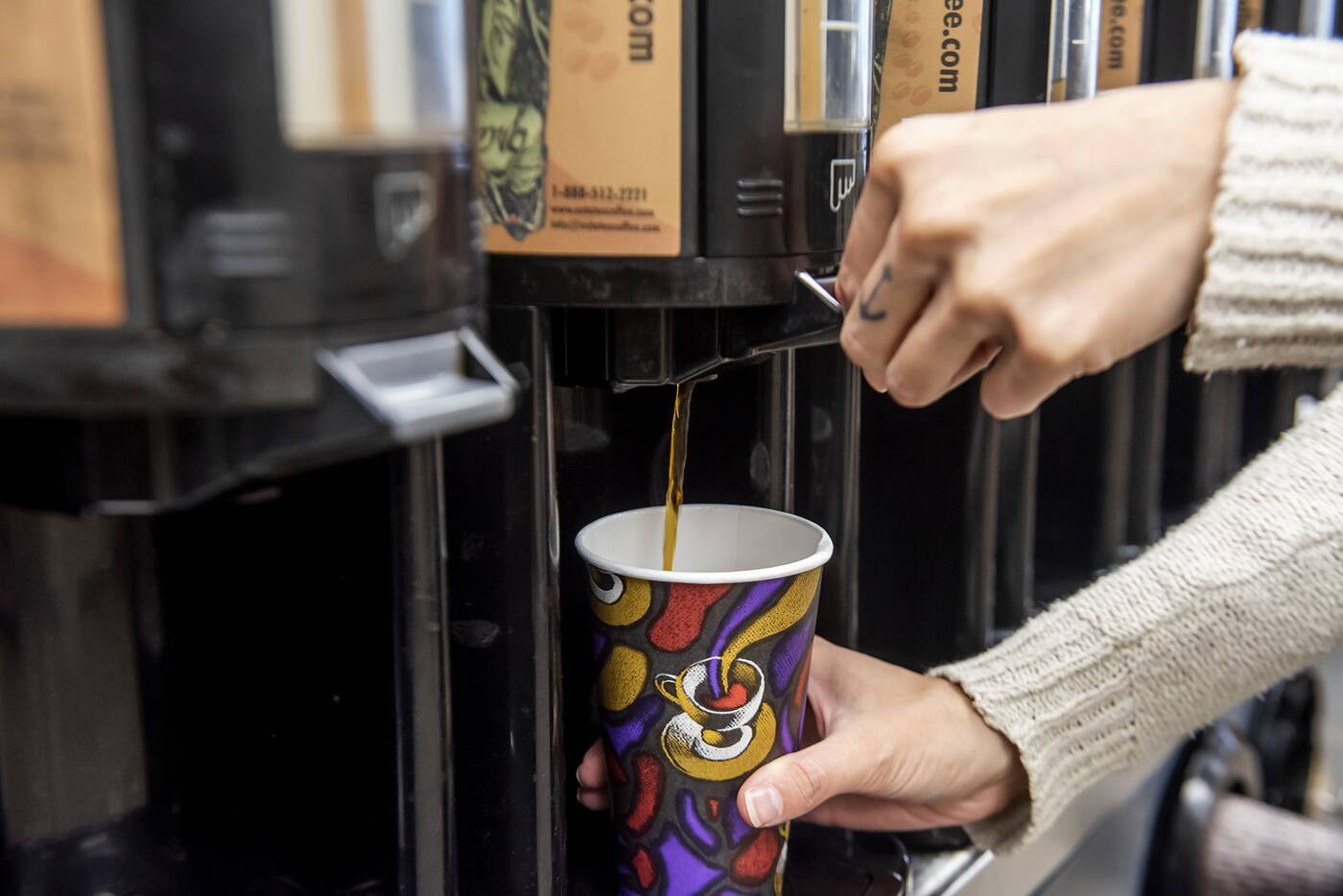 A massive selection of drinks line the fridges at the back of the store with plenty of Calypso, Faygo and other pop options while a self-serve coffee section is found near the front.

Irish cream, French vanilla and hazelnut flavours of Ocean View Coffee, as well as McCafe, are kept warm in carafes. 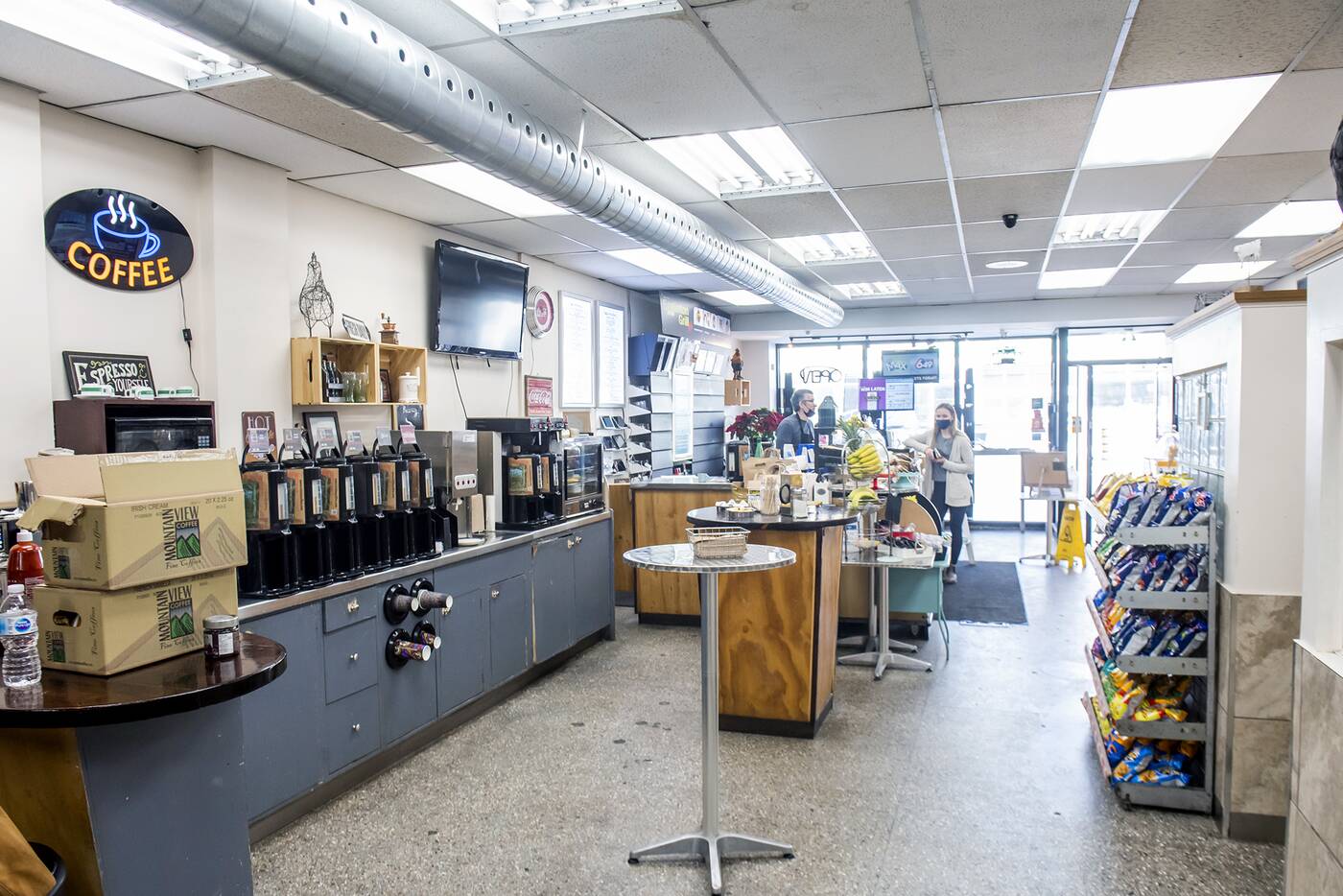 This is right where you can find the more frequenting customers for their morning and afternoon cups of Joe served on the side of some local catch-up and banter.

Although its days of selling movies are over, Egglinton Grill is bringing some tasty breakfast options to the neighbourhood. 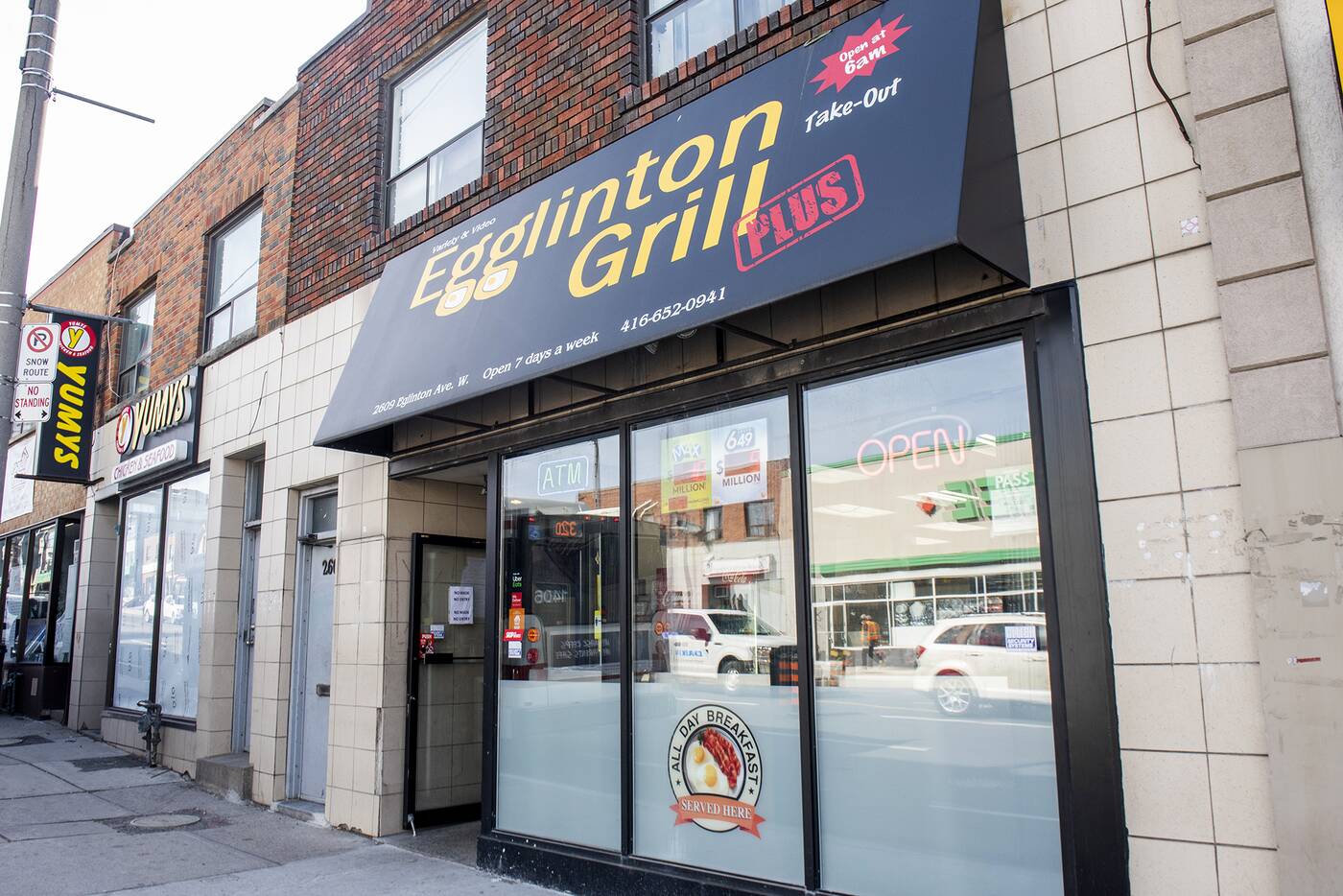