Egg Bird is currently open but their offerings and services may be affected due to the pandemic. Please contact the business directly for more information about any changes. Is this your business? Please contact us if you would like to update this message.

There's an interior space with booths, and outdoors there's a patio shaded by an umbrella. The whole place exudes a very casual, comfort food vibe. 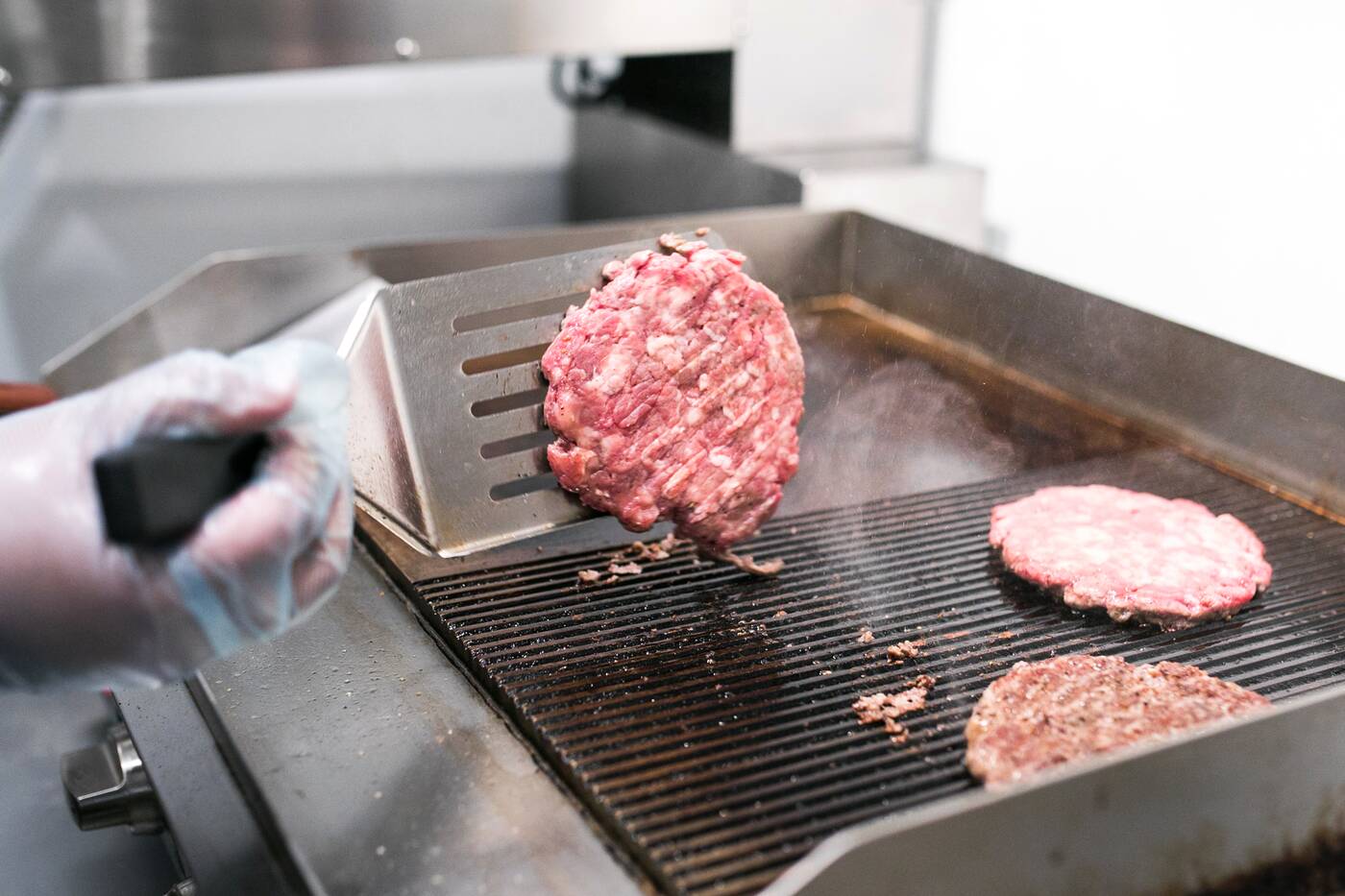 Burgers are made using 100 per cent beef brisket from Cumbrae's next door that's ground fresh every day. 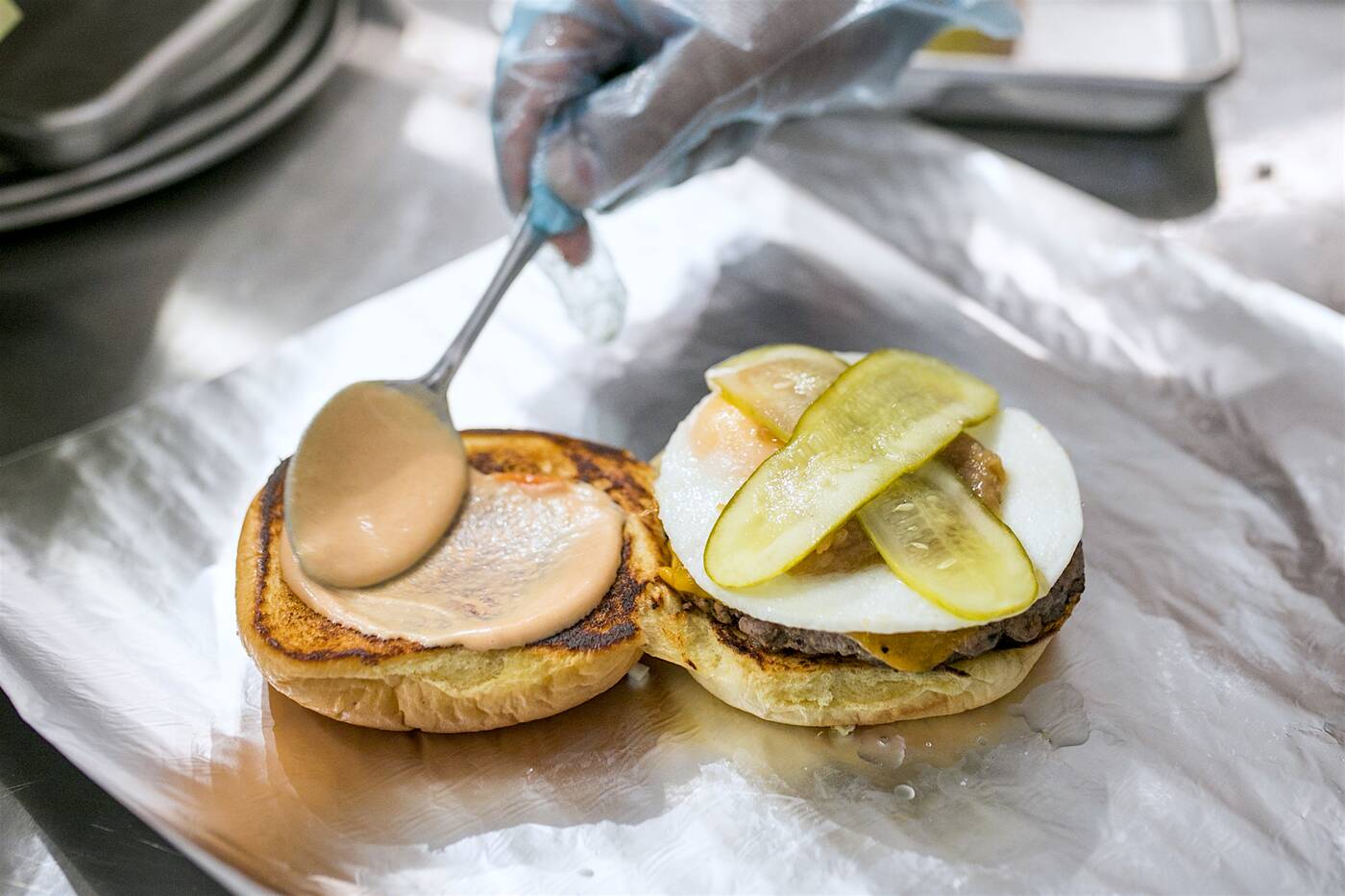 They're all $10 and served on Martin's potato rolls, and come topped with a cage-free over medium Burnbrae egg by default, except for the Original. 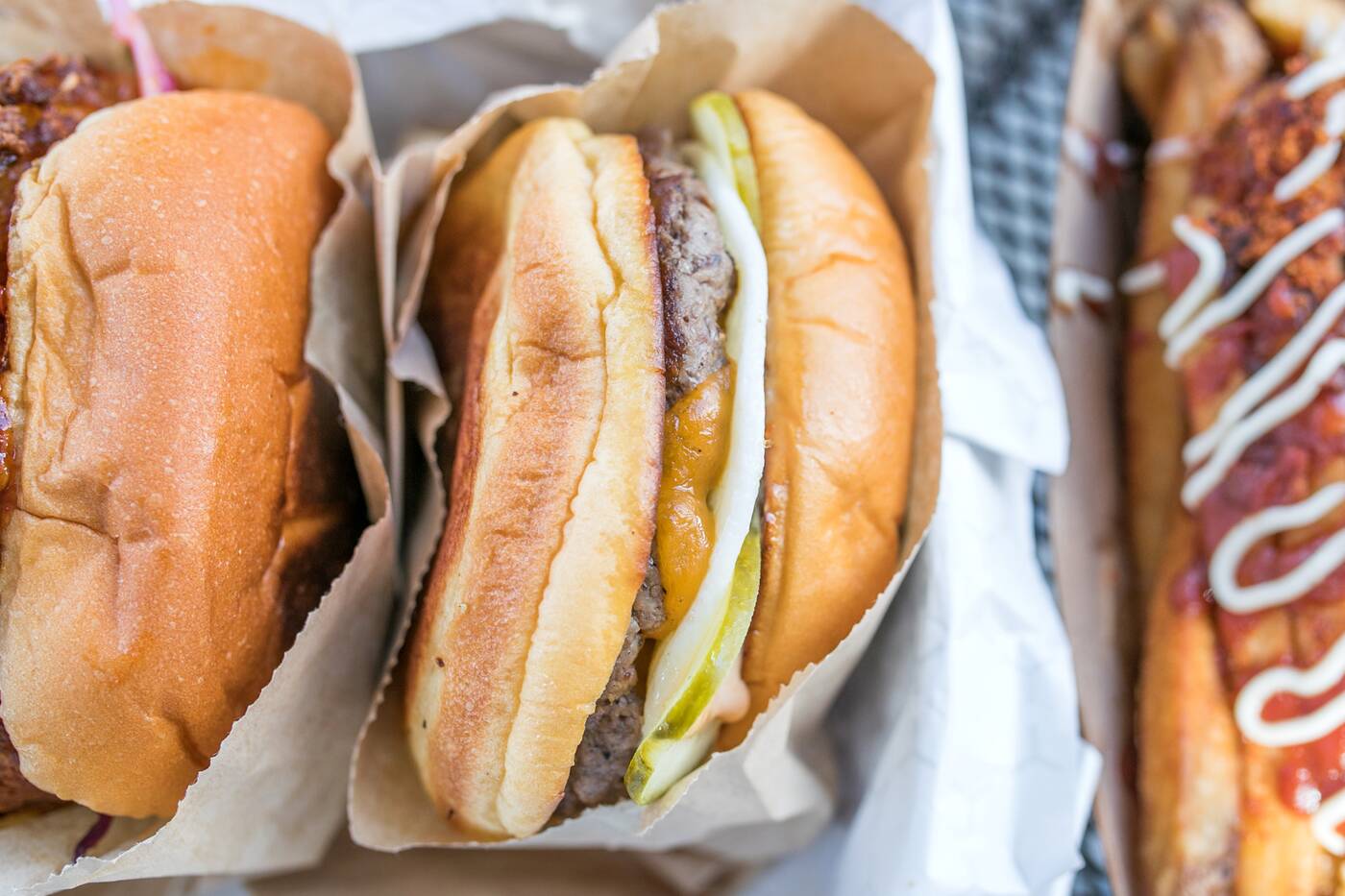 The Cheeseburger comes with caramelized onions, bread and butter pickles, dijonnaise and cheddar. The patties aren't exactly smash smash patties, but they're not too thick and have robust beefy flavour thanks to the fresh brisket. 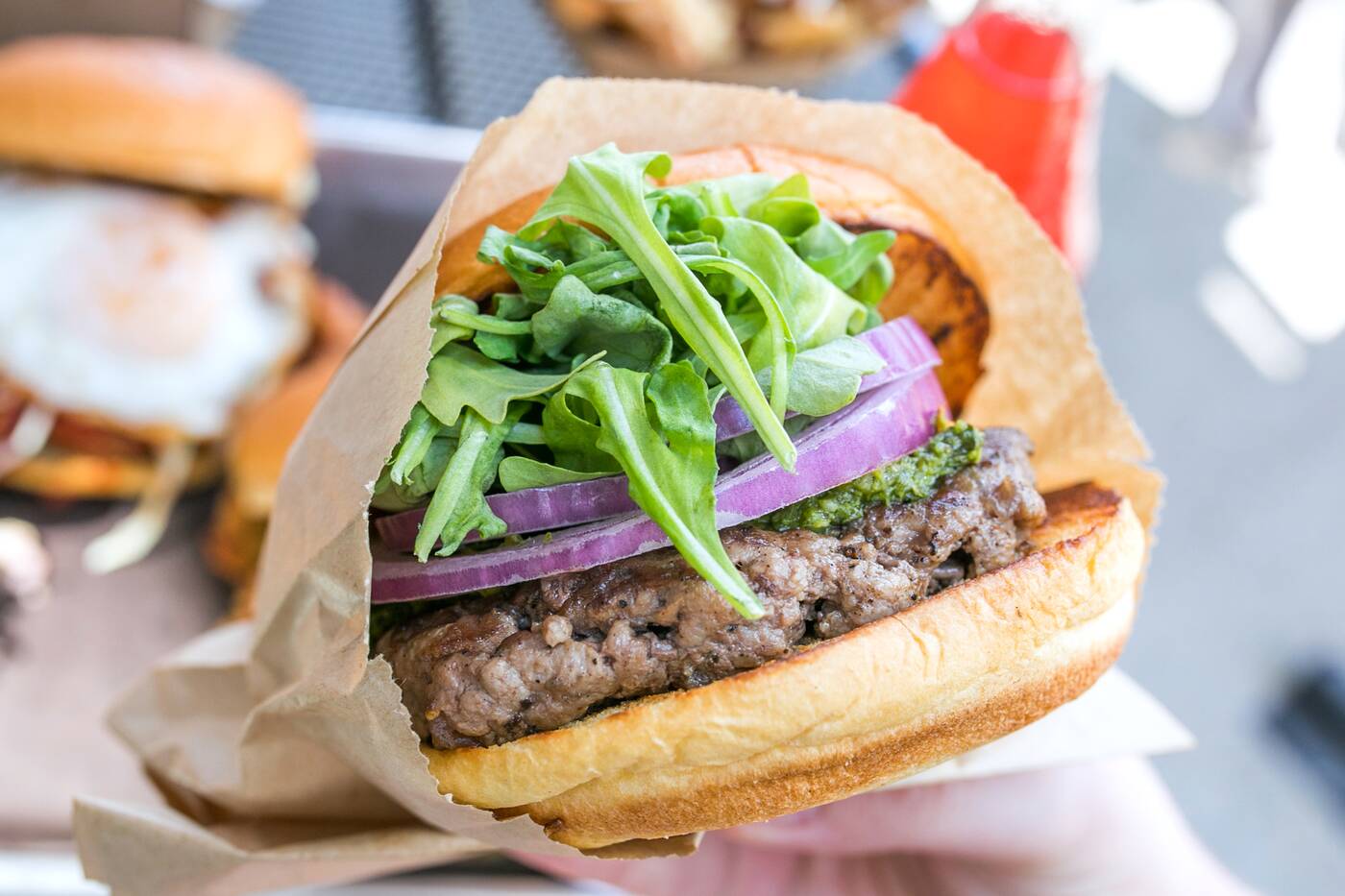 We go eggless on an Argentinean Burger that's topped with crisp red onion and arugula as well as a great chimichurri that brings brightness to the whole burger. 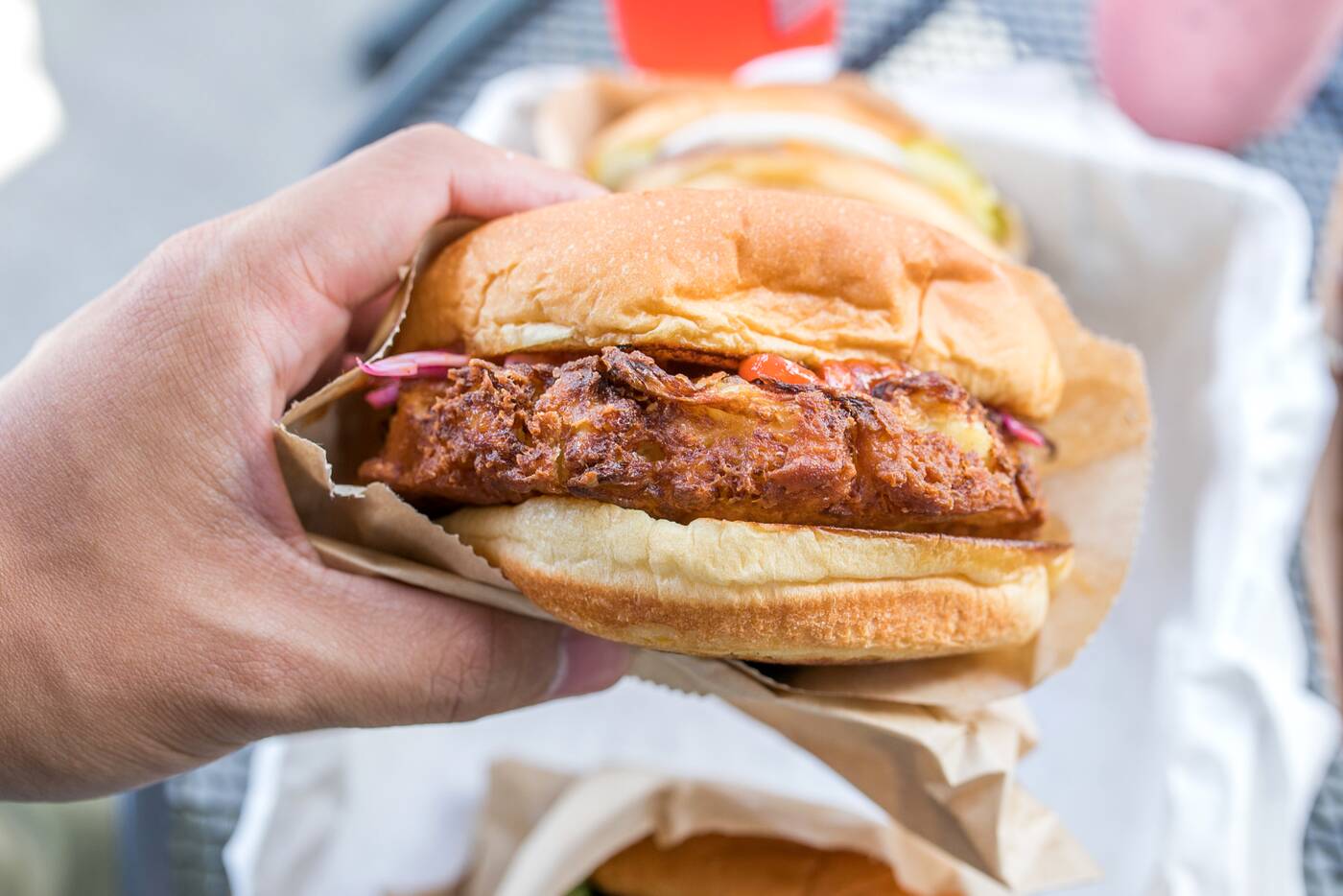 A vegan Crispy Cauliflower burger tops a nicely crunchy, not at all soggy cauliflower patty doused in a spicy-sweet General-Tao-like sauce with a spicy slaw. 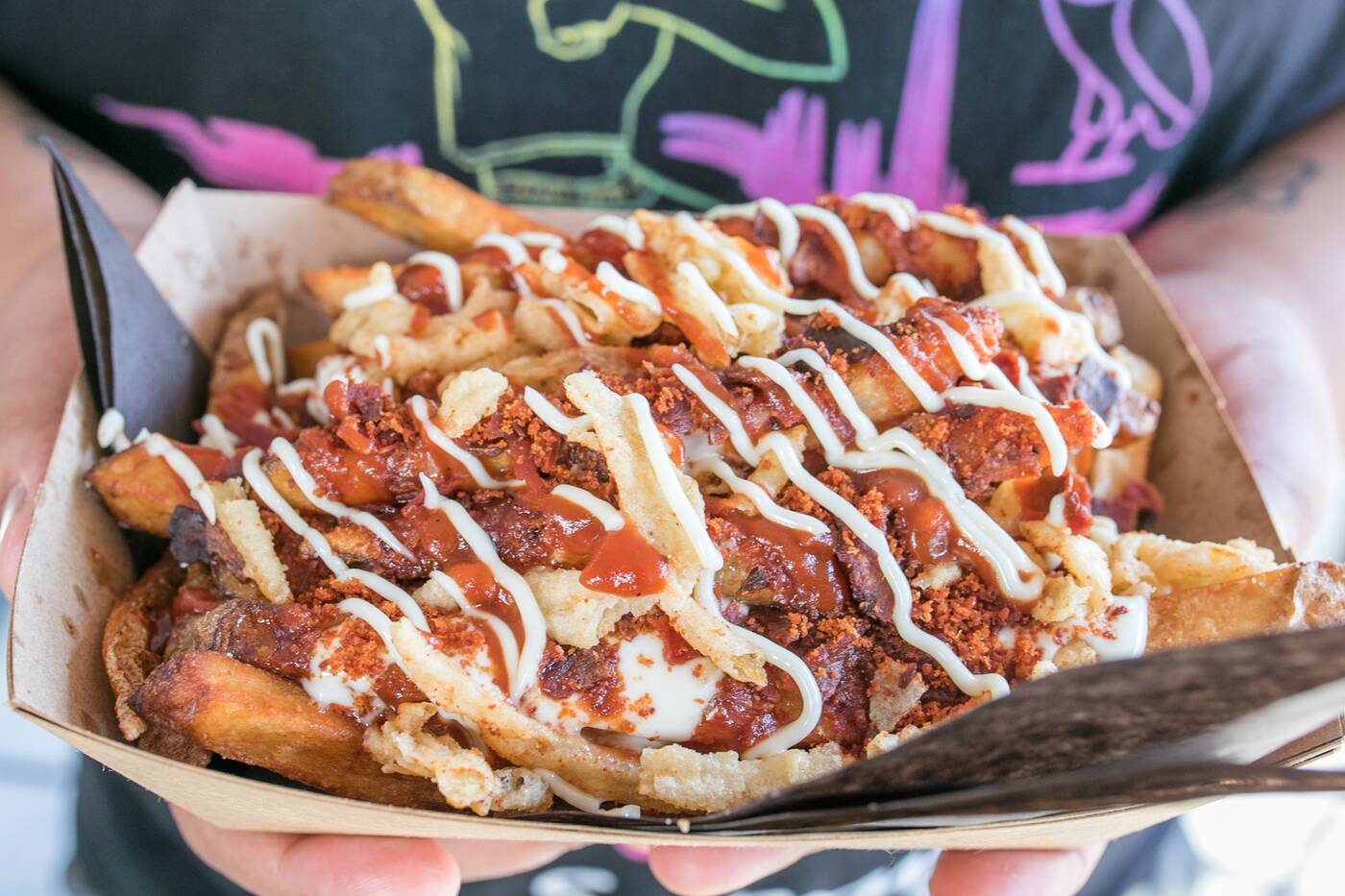 JD Fries ($9.50) are loaded up with BBQ sauce and bacon in three forms (pieces, a dust and a mayo), and also topped with a Jack Daniel's maple glaze, shoestring onions and chillies. 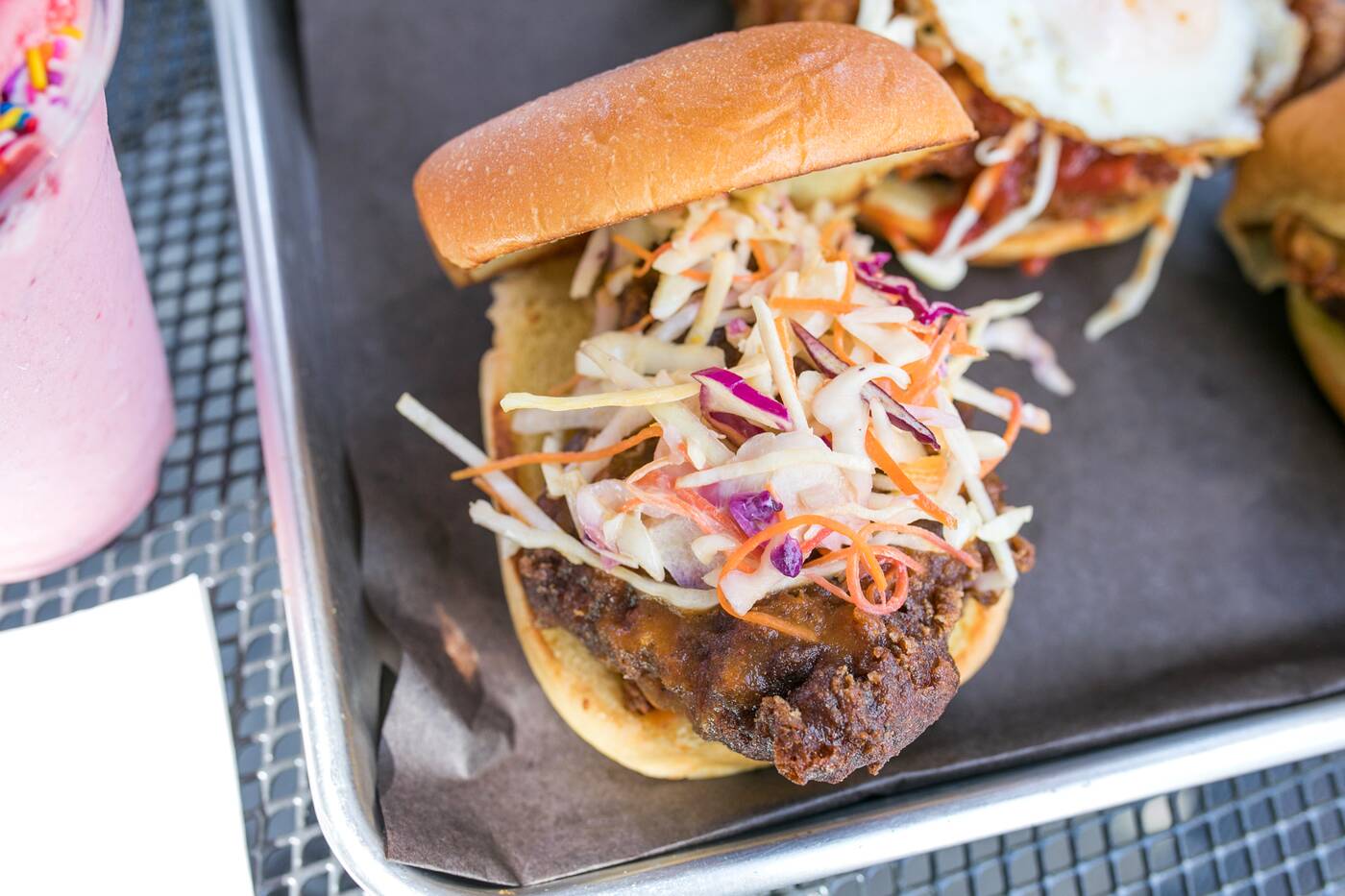 When it comes to Chubbs' range of $12 local halal chicken sandwiches (also served on Martin's rolls), the Jerk knocks it out of the park. It's sinfully deep-fried with its scratch jerk seasoning marinade and finished off with a pineapple pepper sauce and slaw. 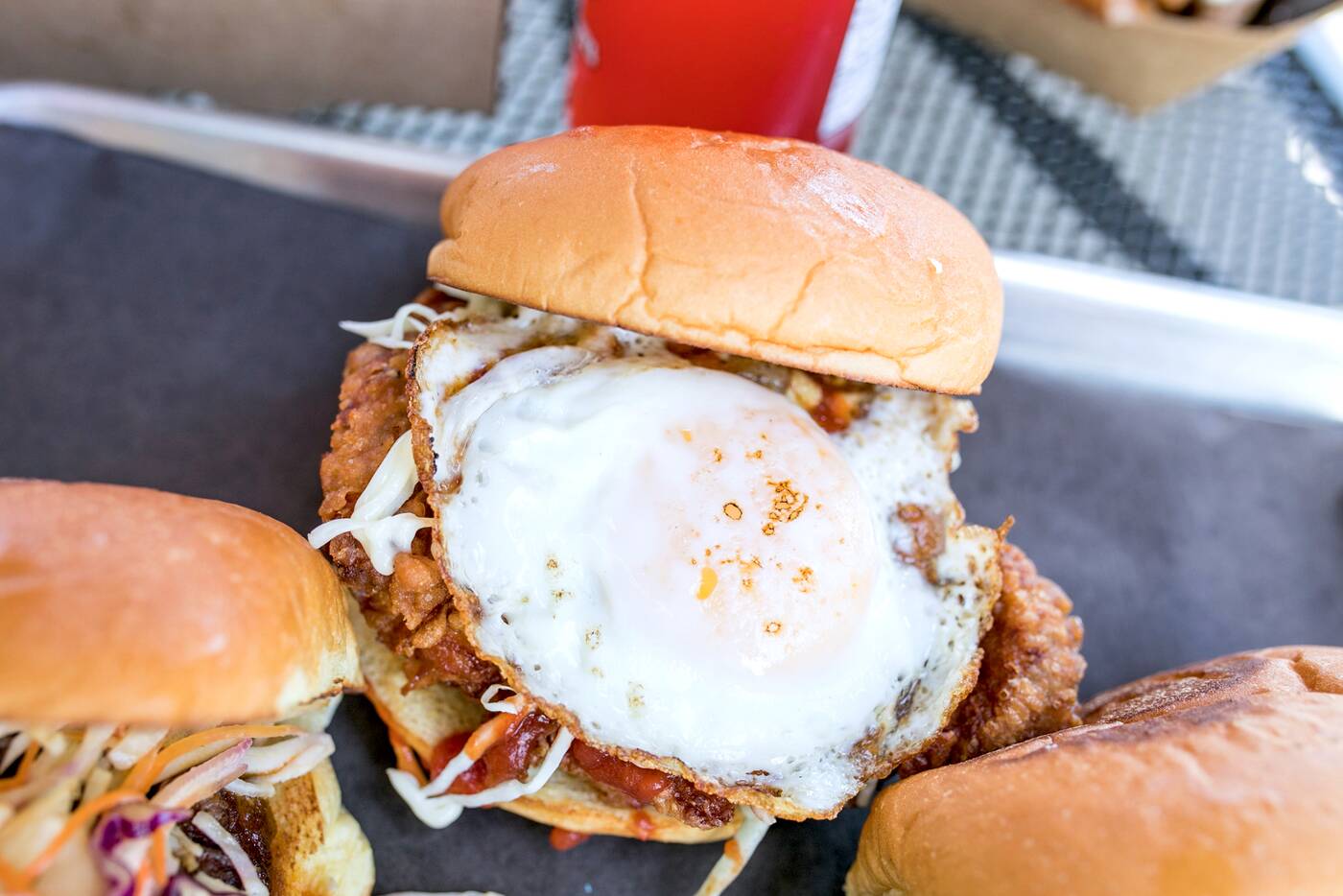 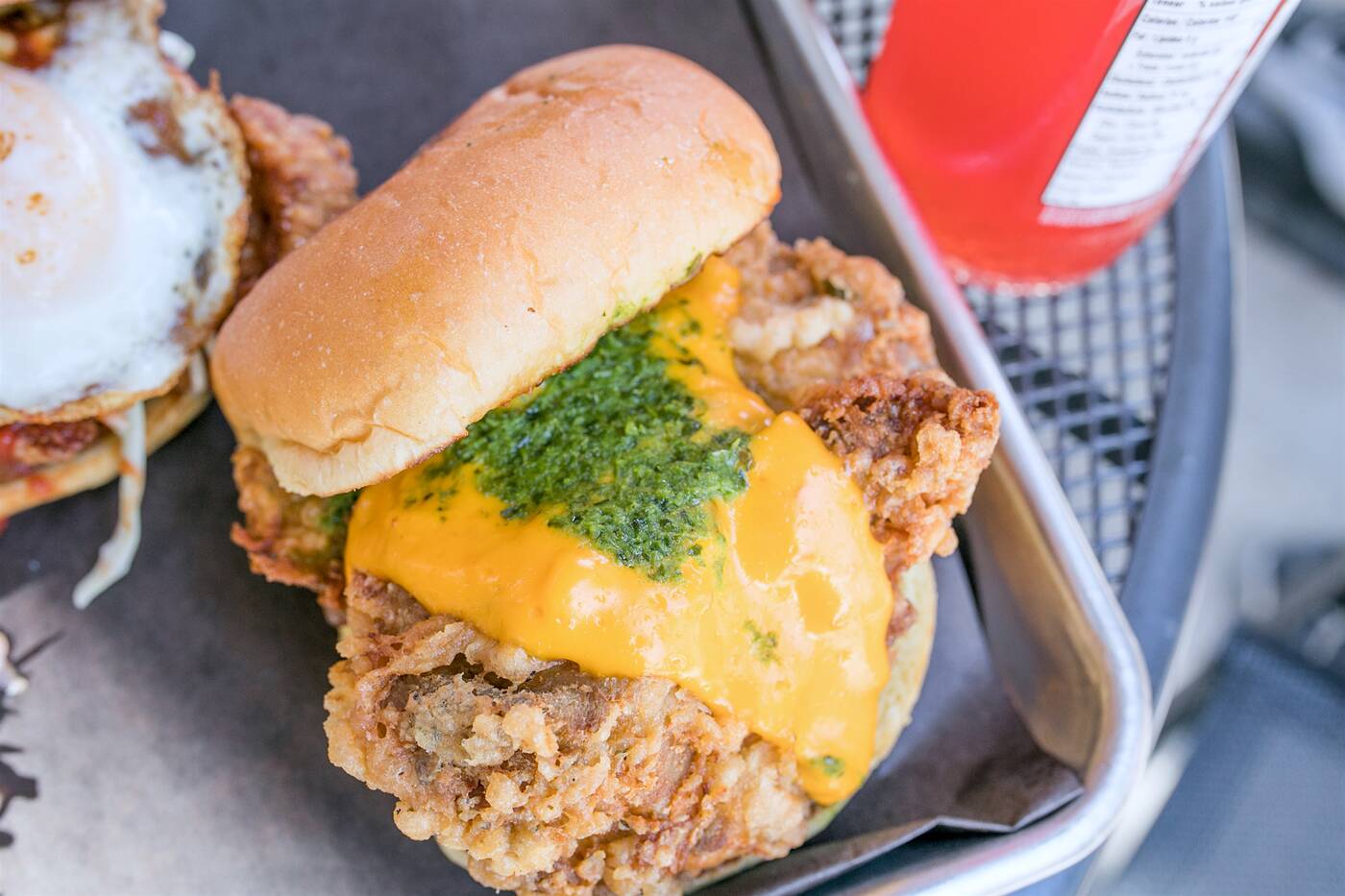 A Bombay Masala sandwich is actually smothered in a cheese sauce that incorporates blitzed Cheetos, as well as a more expected mint chutney. 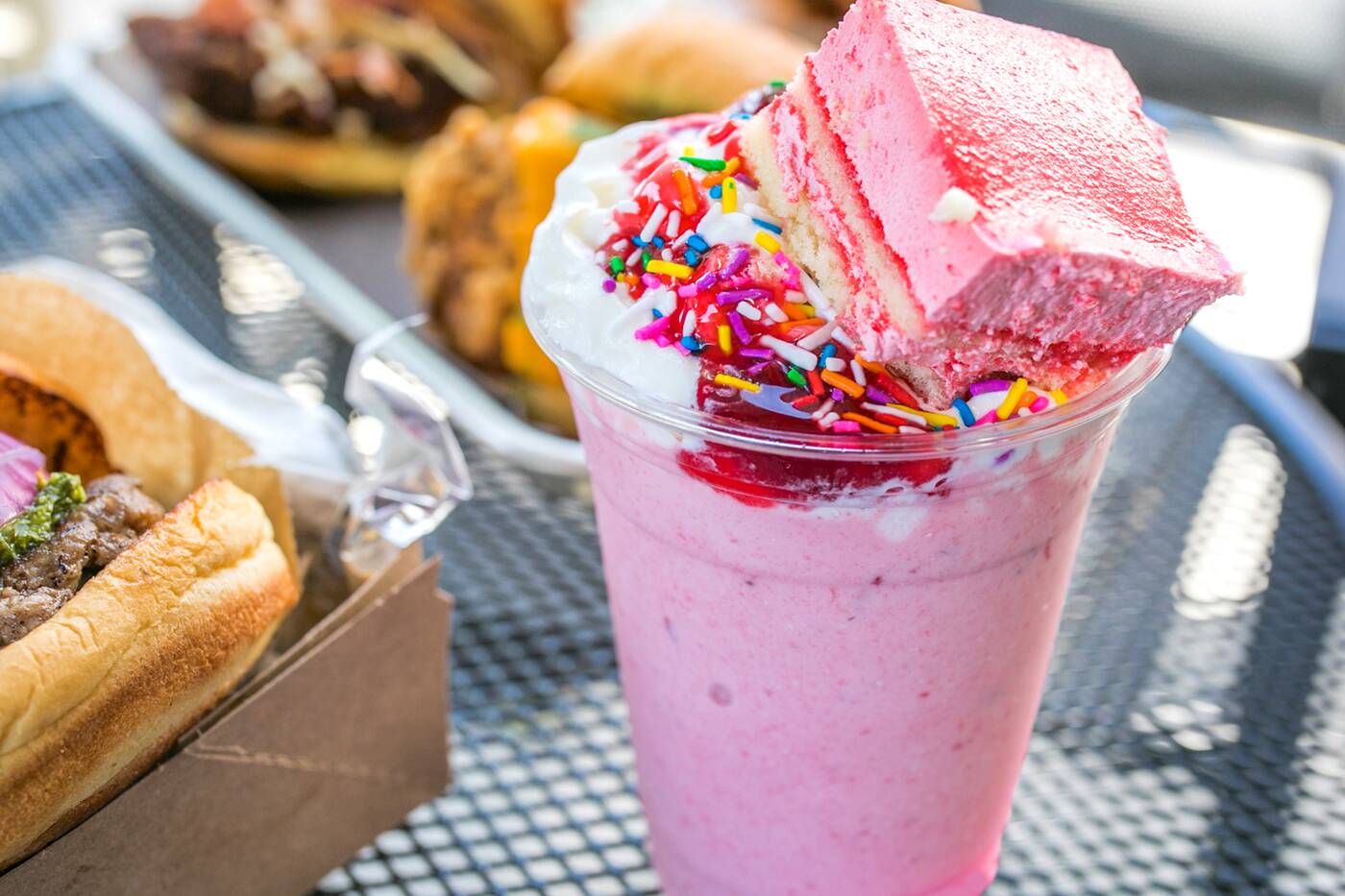 All milkshakes are $8.85, a little pricey but they really take it to the next level. What I expected to be a standard strawberry shake arrives topped with whipped cream, sprinkles, strawberry topping and a cute little square of strawberry mousse cake. 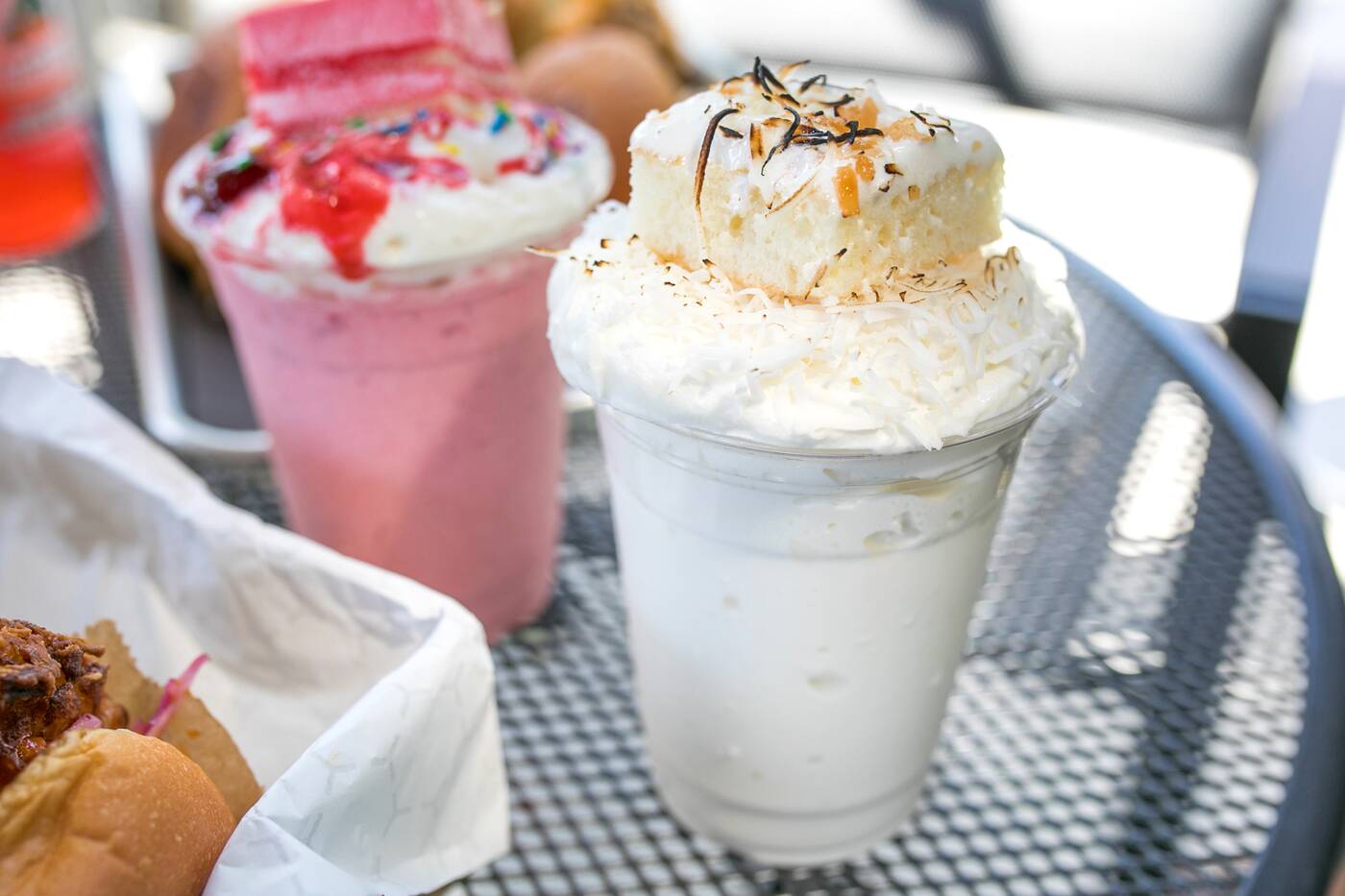 A Vanilla Coconut shake is one of their more out-of-the-box flavours, also topped with a piece of cake as well as coconut shavings. The sweetness of the coconut blends nicely with the vanilla, and adds a toasty tropical note. Blackberry Cheesecake, Banana Milk Chocolate and Black & White shakes are also available. 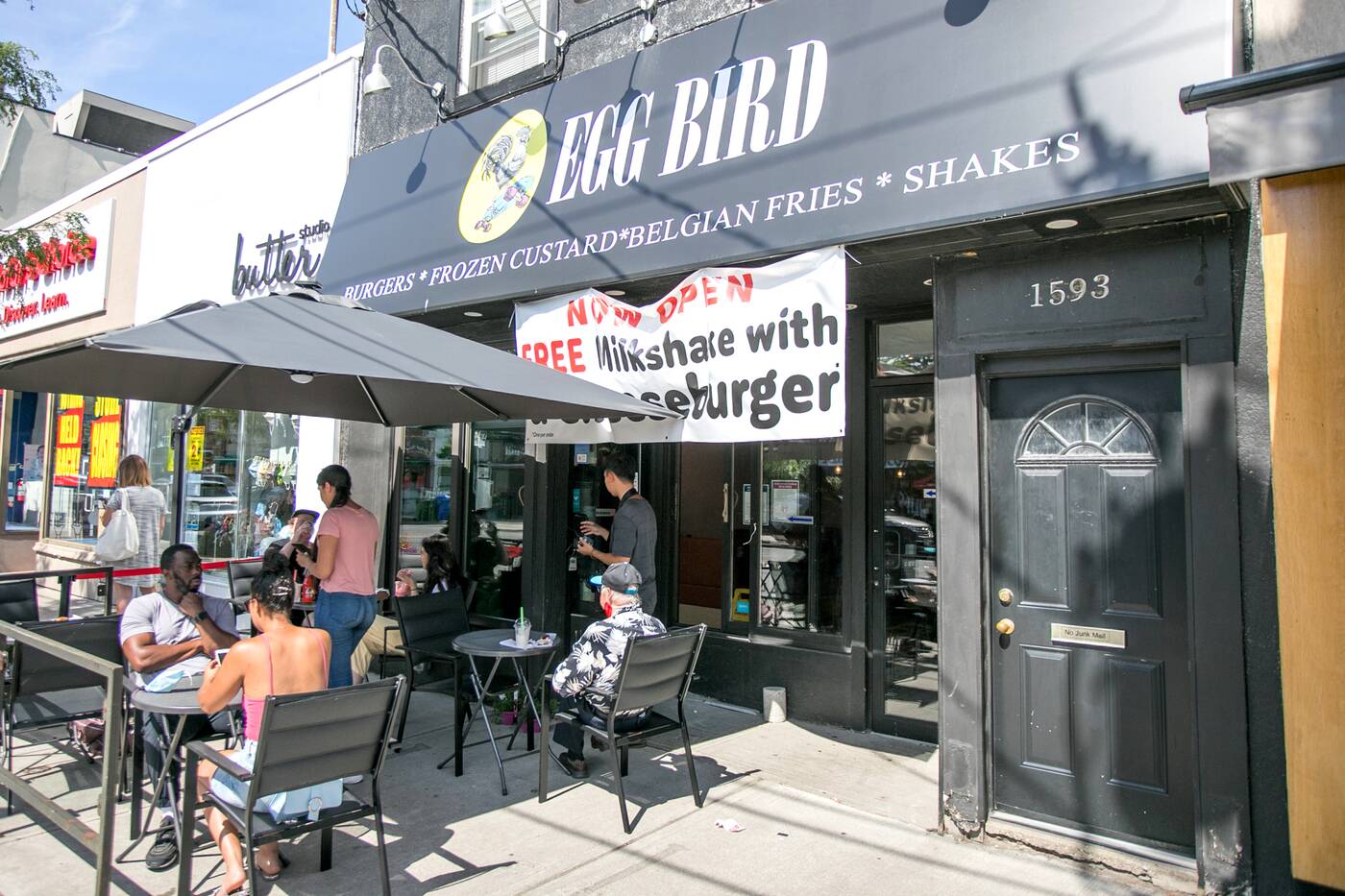