Goa Indian Farm Kitchen is an elegant restaurant dealing in cuisine from Goa, the coastal Indian state whose flavourful cuisine is much less often found in Toronto than its northern and central counterparts.

Joining the unofficial restaurant row inside the upscale mall Bayview Village, this chandelier-strung endeavour is another project from serial restaurateur Hemant Bhagwani. 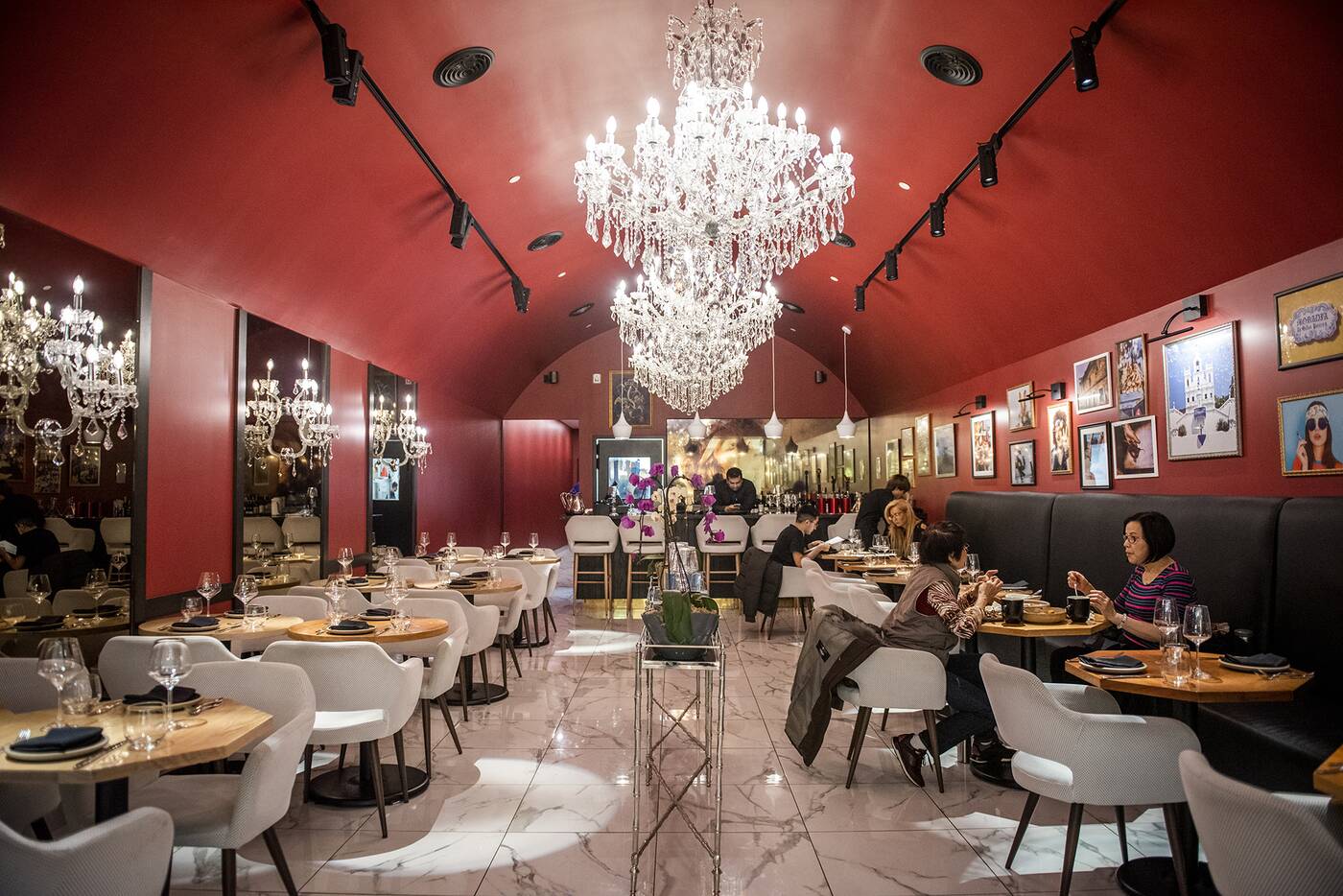 Baghwani—whose previous endeavours include Amaya Express and Indian Street Food Co.—is no stranger to spreading Indian eats across the city. After selling Amaya, however, he  said he felt “burnt out,” and decided to travel to Goa to write a cook book. 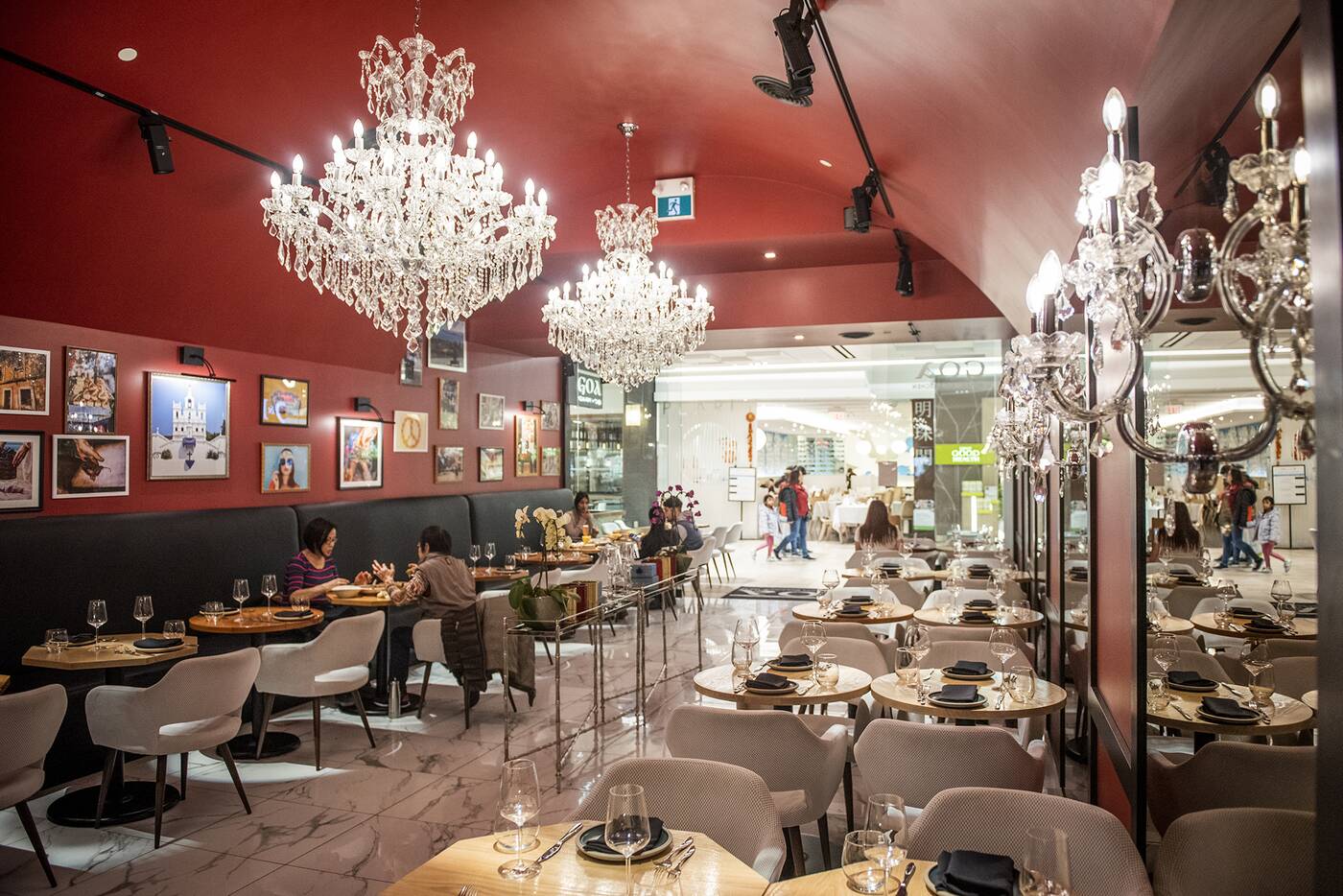 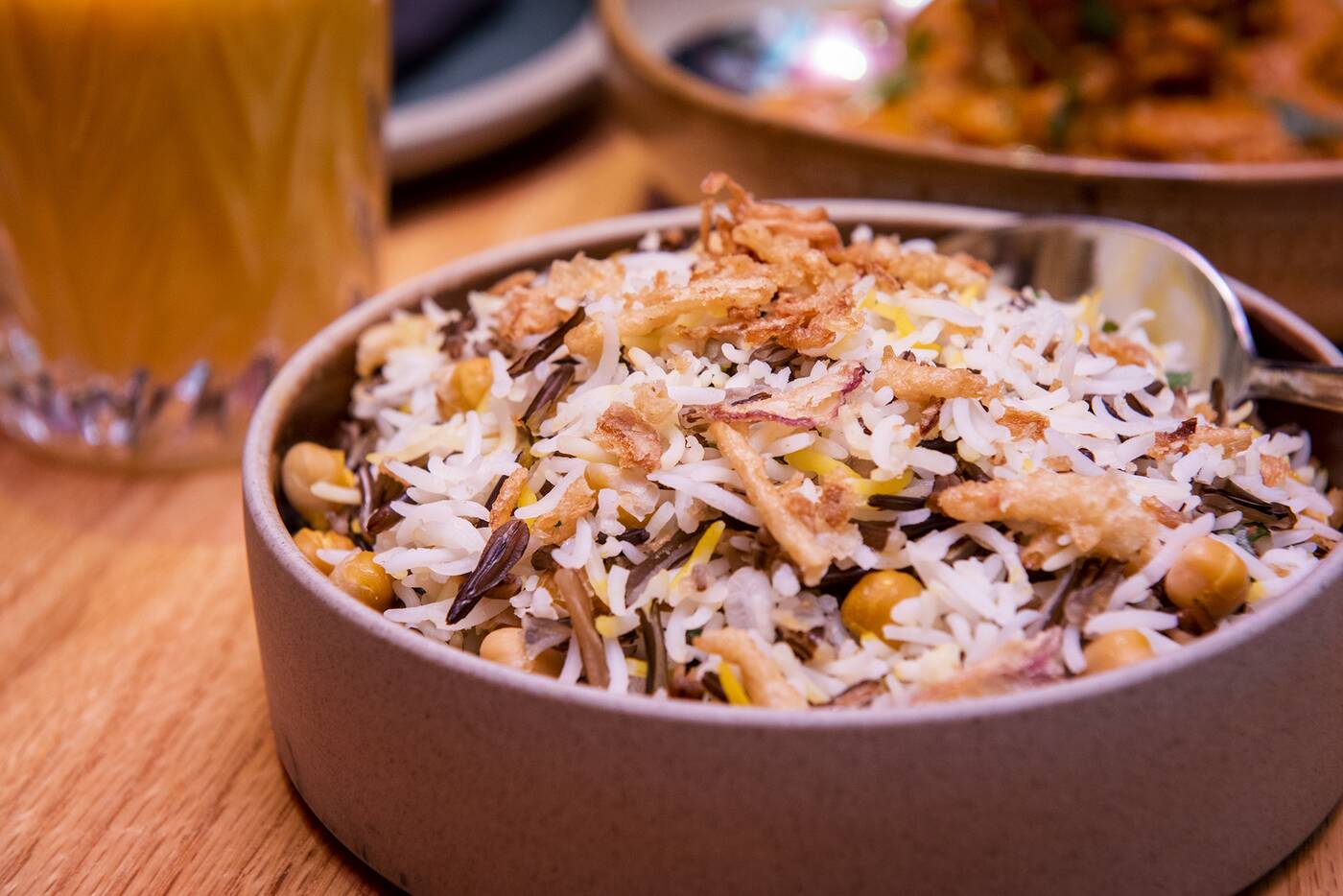 Using spices imported from India and ingredients from Ontario farmers, the lunch and dinner menus have an abundance of gluten-free and vegan items that visitors can order a la carte or in tasting menus. 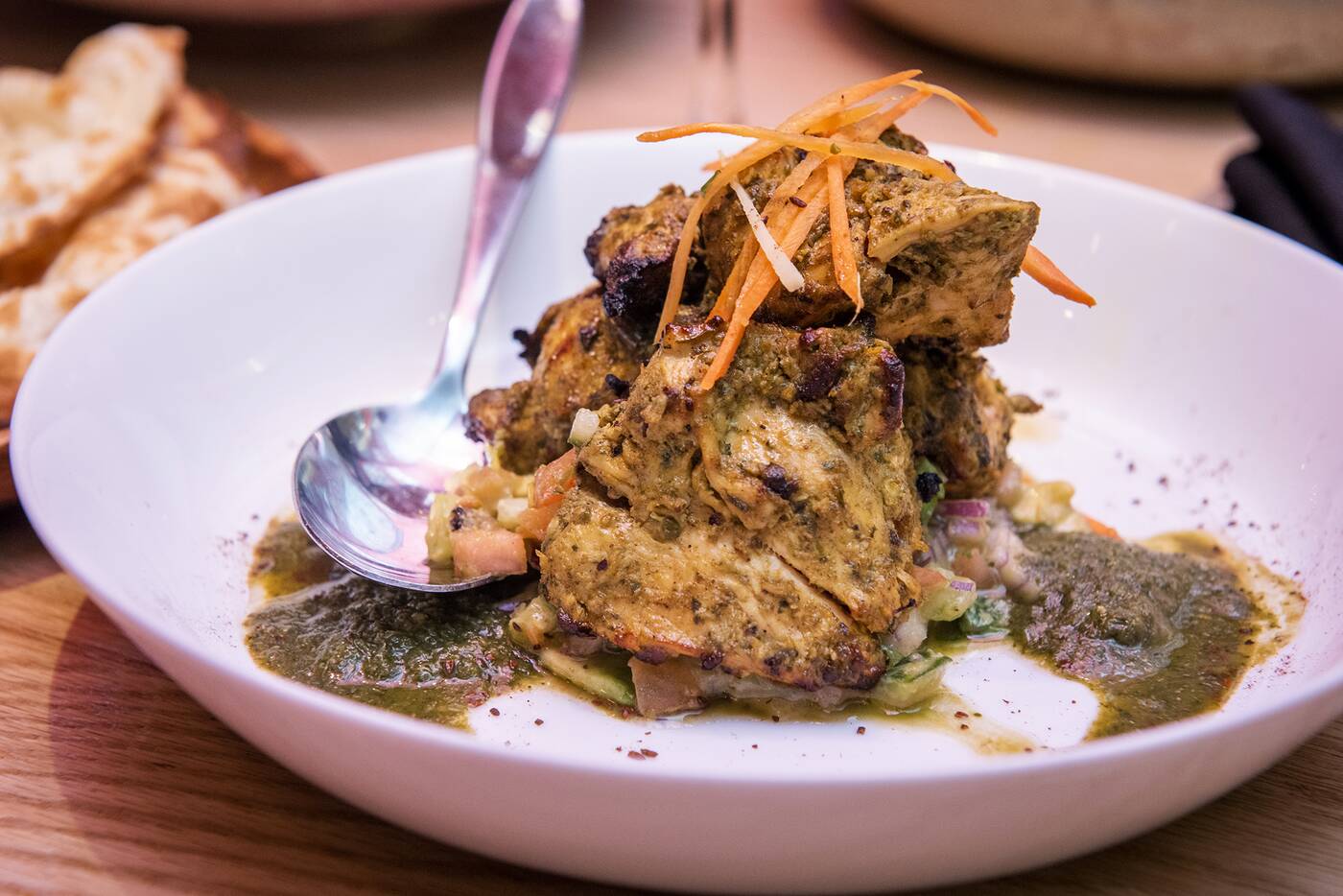 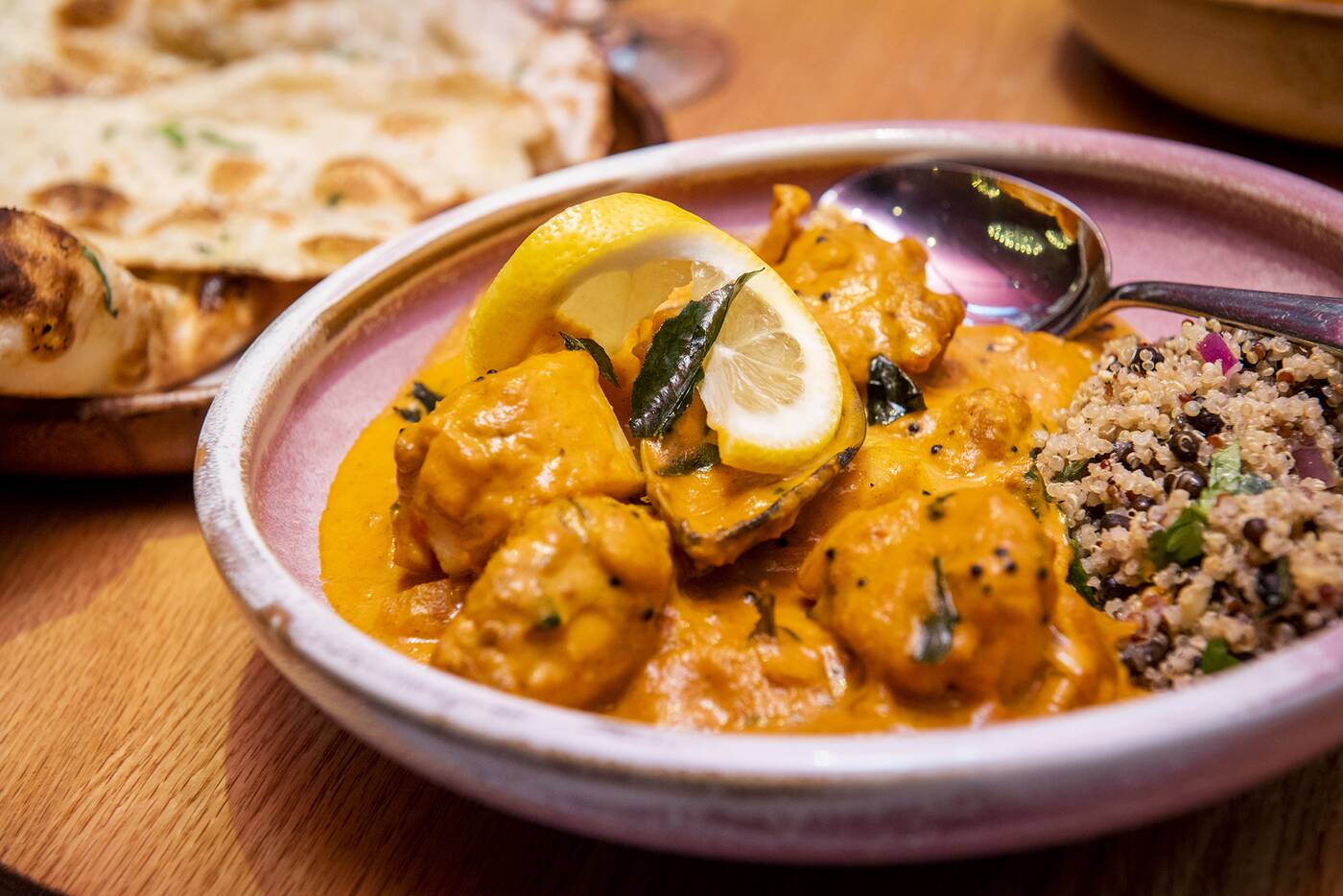 The Goan seafood curry ($26) uses a traditional Goan coconut kokum curry with shrimp, scallops, tilapia, and mussels on a bed of quinoa and lentils. 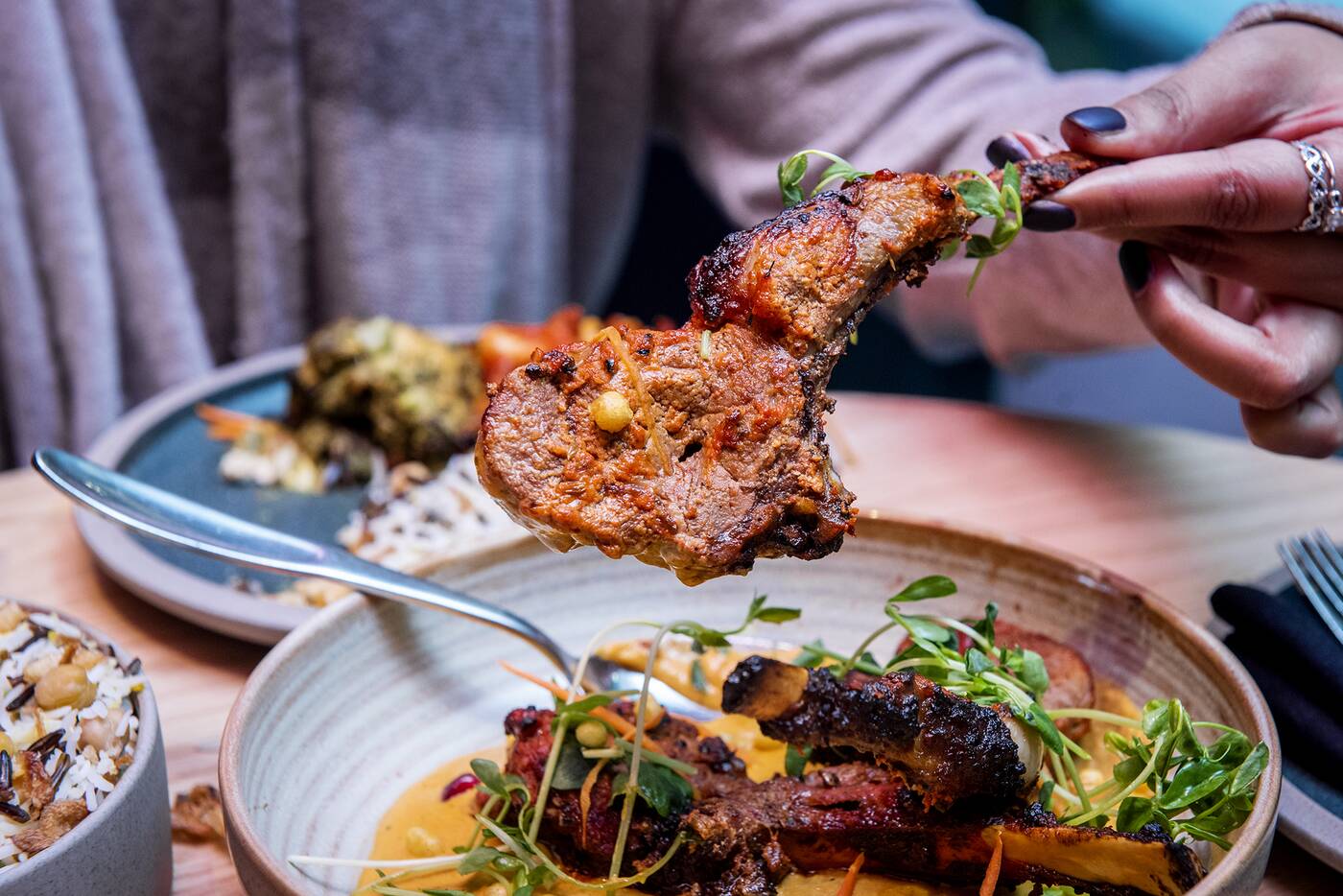 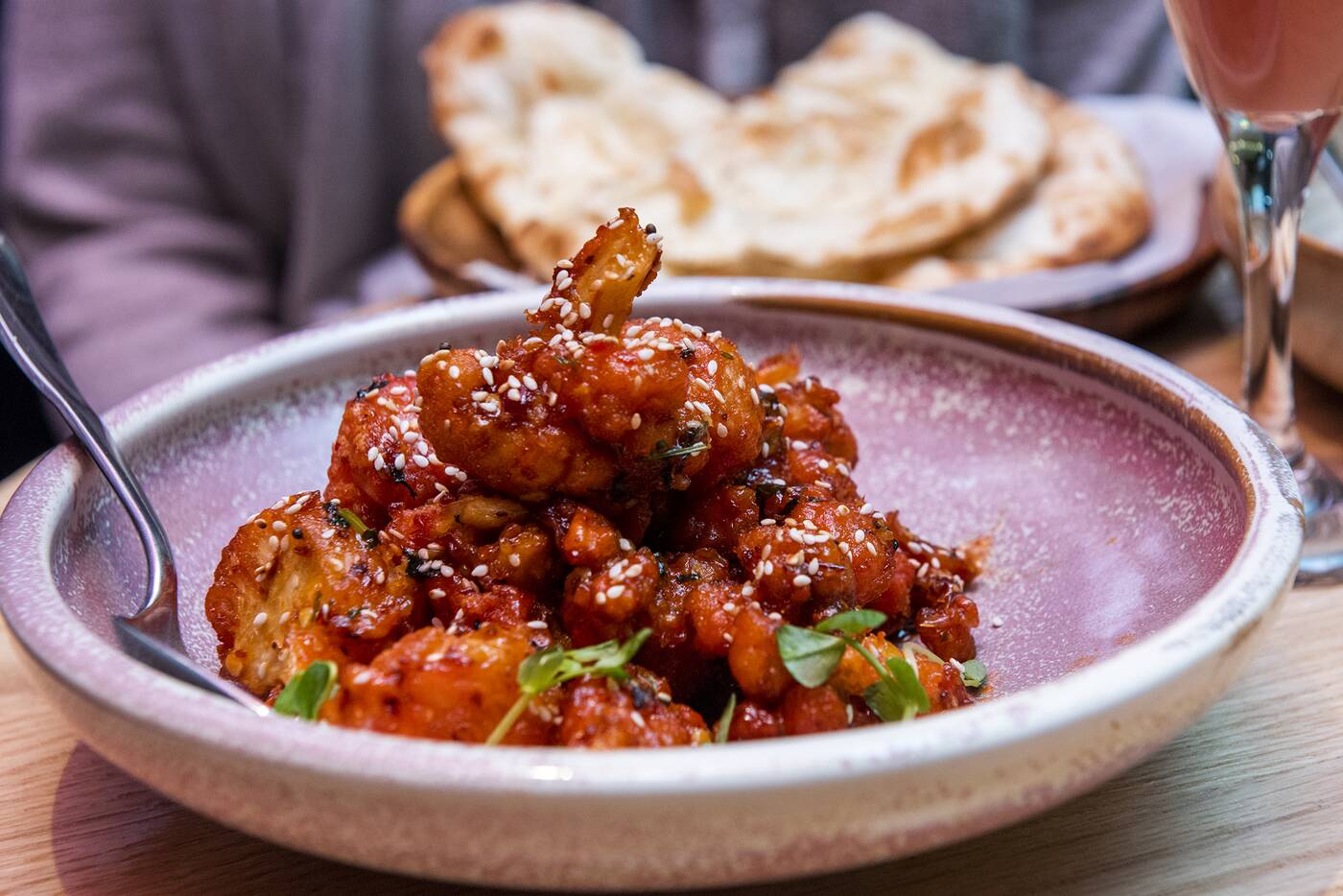 The Sriracha chilli cauliflower dish ($12), while not limited to Goa, is delicious. 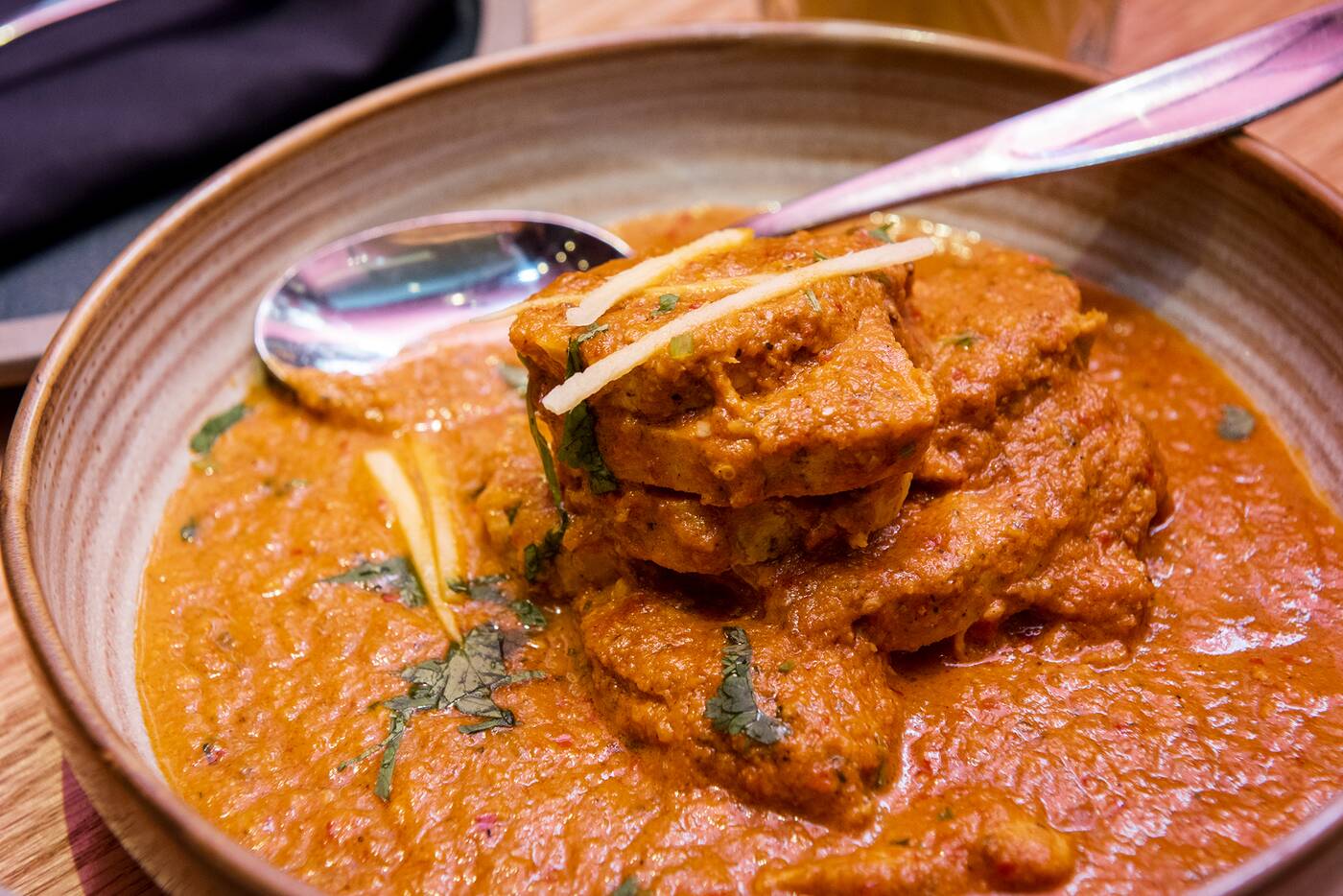 Smoked chicken sorpotal ($19) is Portuguese by origin but now most commonly cooked in Goa, using a spicy and vinegary sauce. 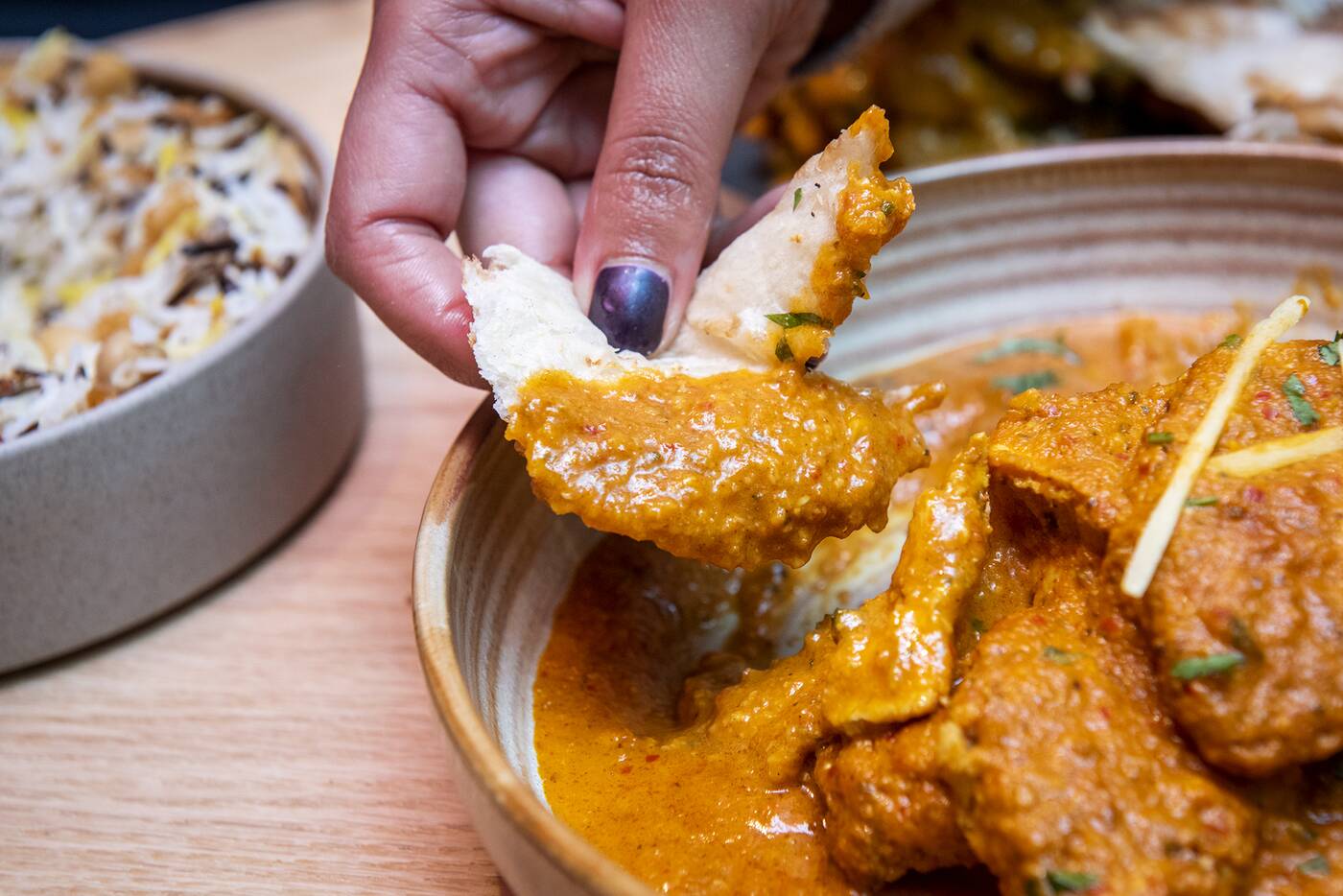 Anything saucy is best eaten with their butter naan ($4) or chilli garlic naan ($4), or portions of Karma basmati rice ($4) that have chick peas, wild rice, and fried onions. 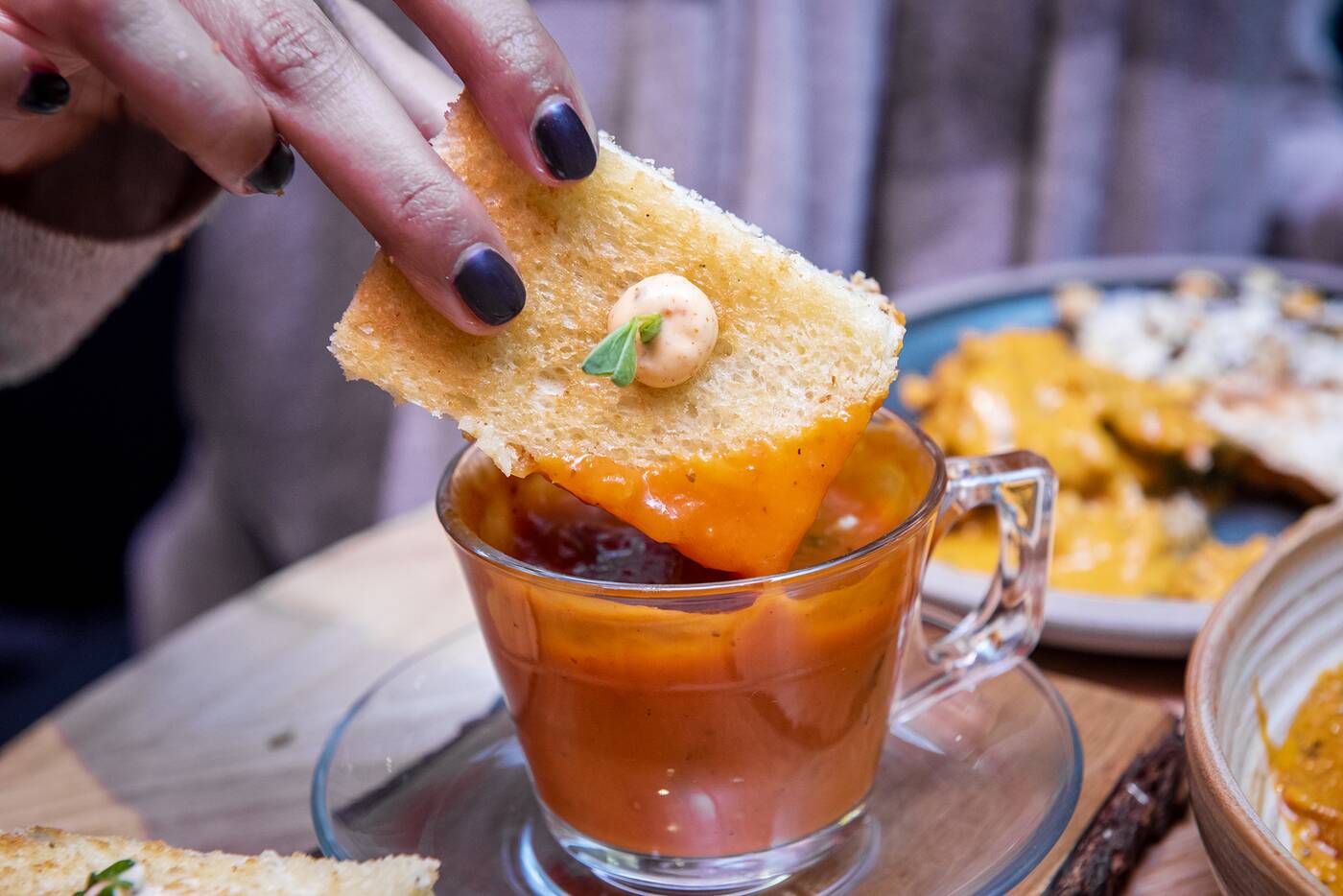 An unexpected outlier is a gluten-free grilled cheese sandwich ($15) that uses fromage le napoleon and truffle paste, served with a spicy tomato soup and sans crust. 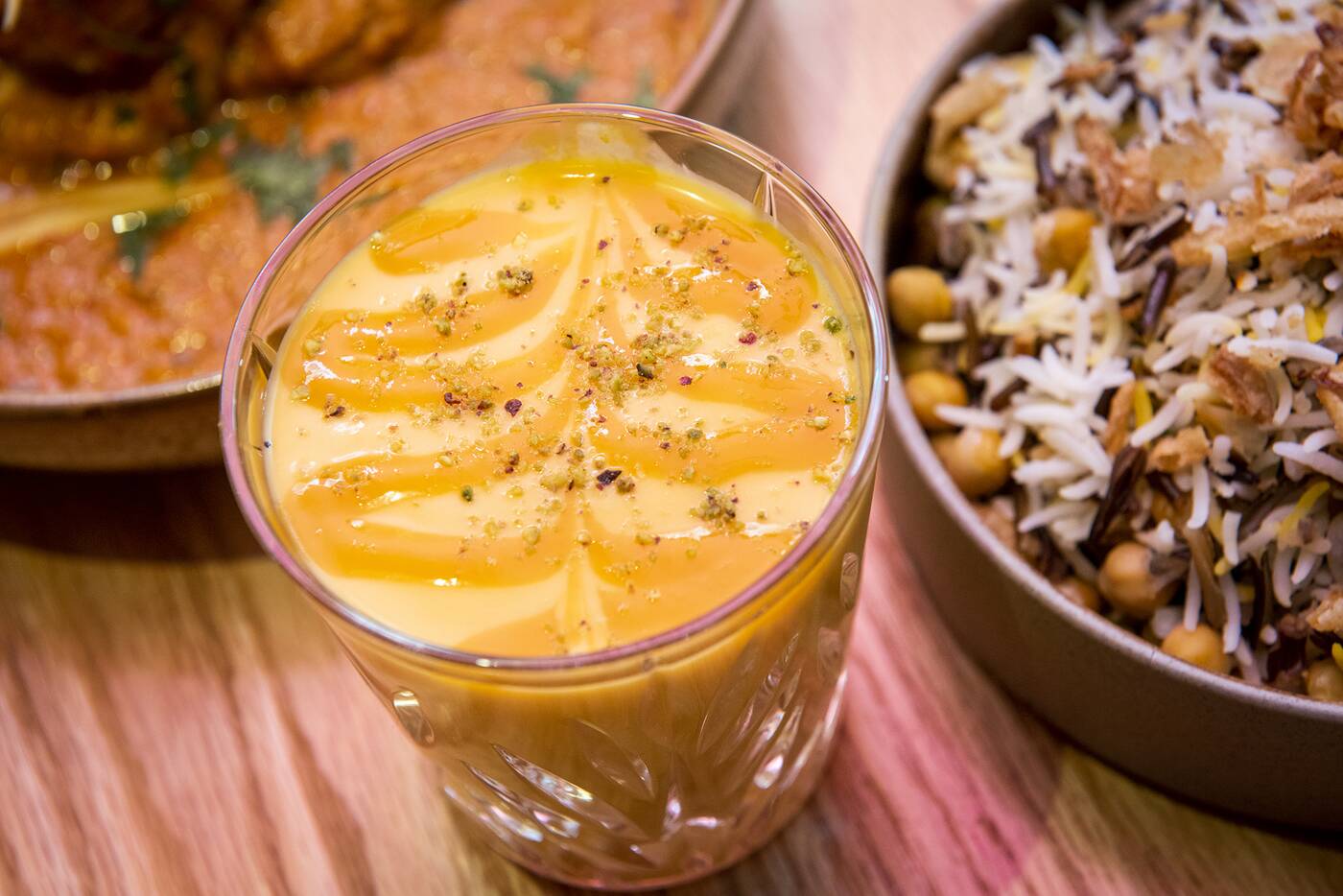 To drink, a delicious vegan mango lassi ($7) does without dairy by using coconut yogurt, soy milk, and pistachios. 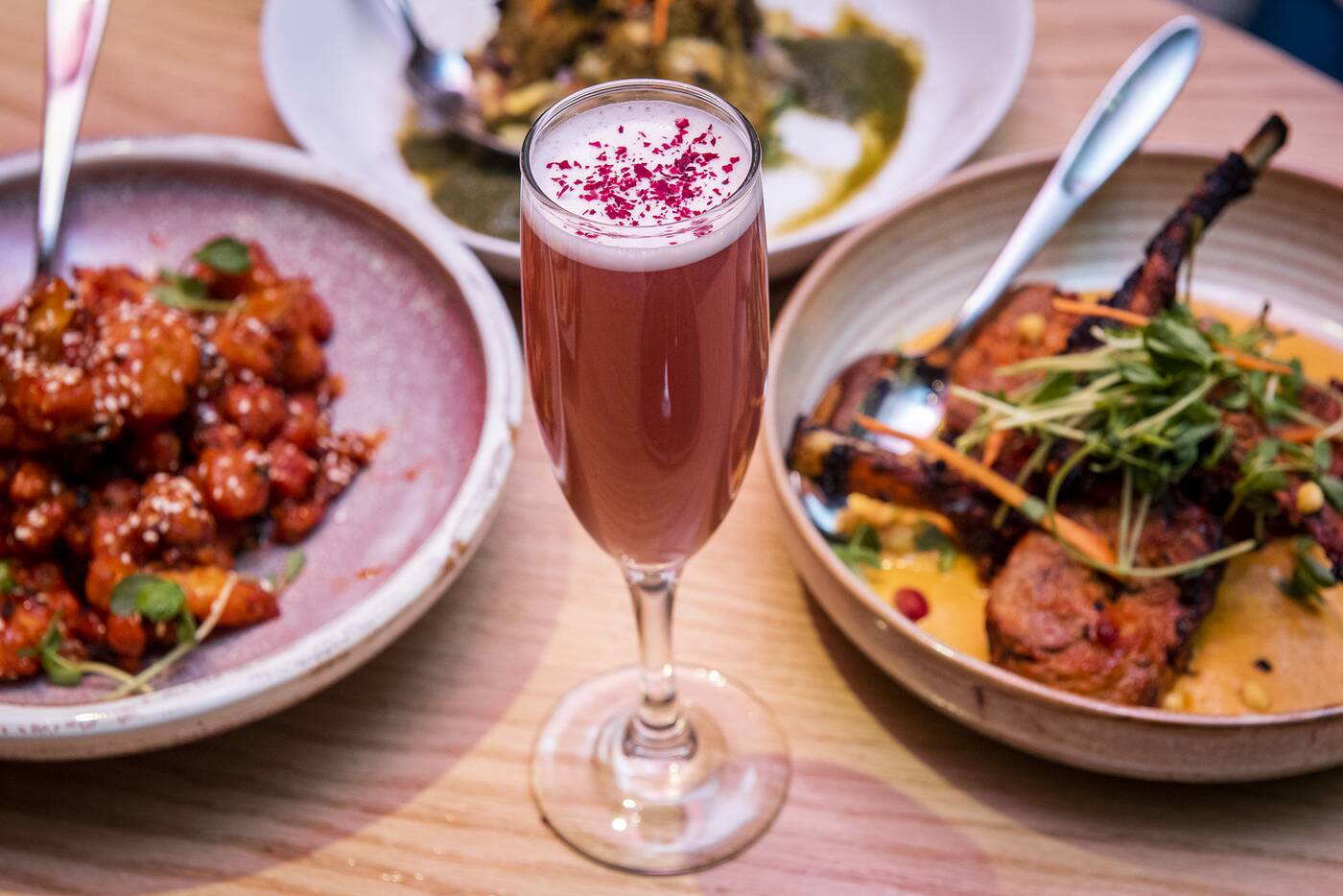 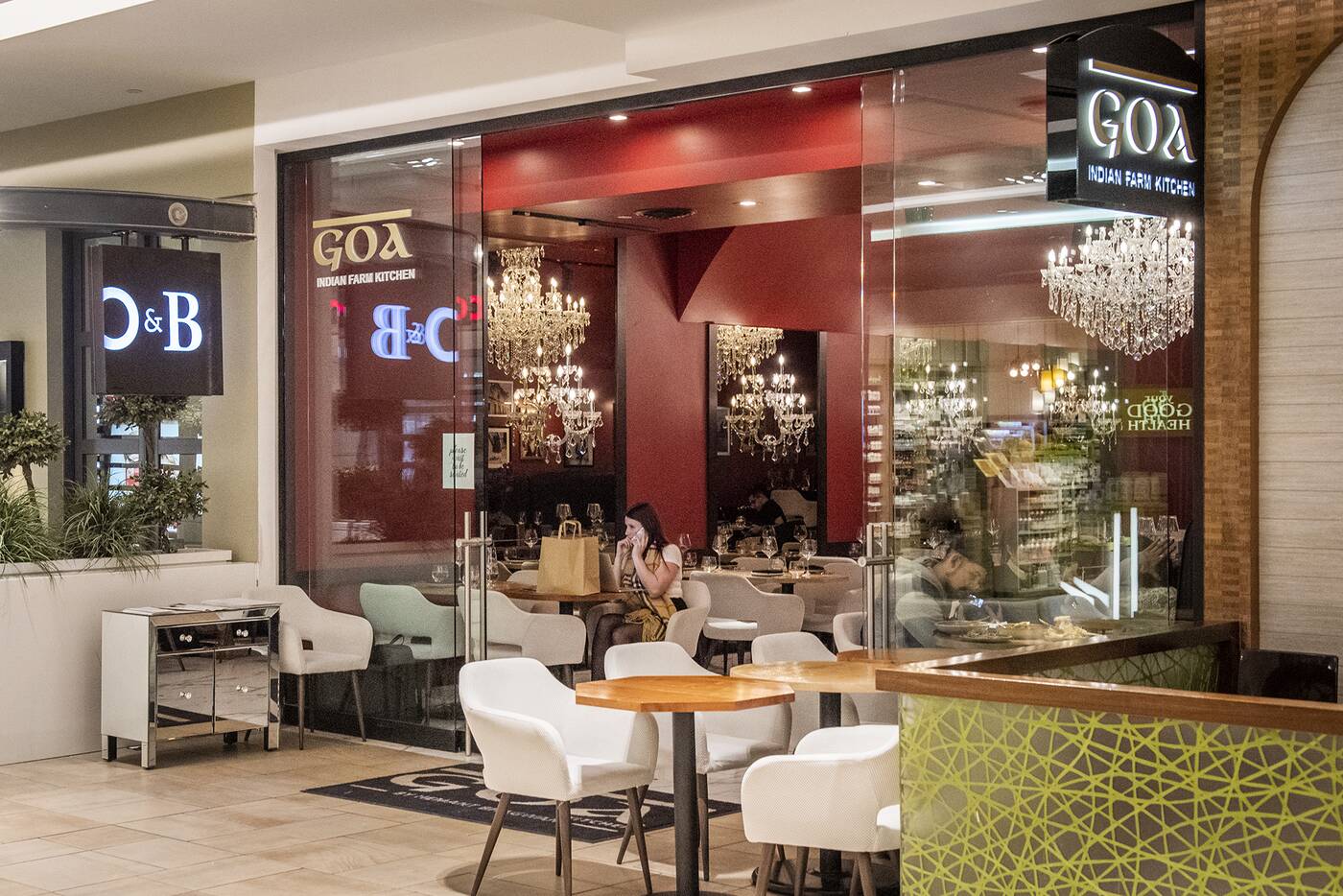