This is the only location of Dunn's in the city, bringing the family's copyrighted recipes from Quebec to this corner of the Danforth. 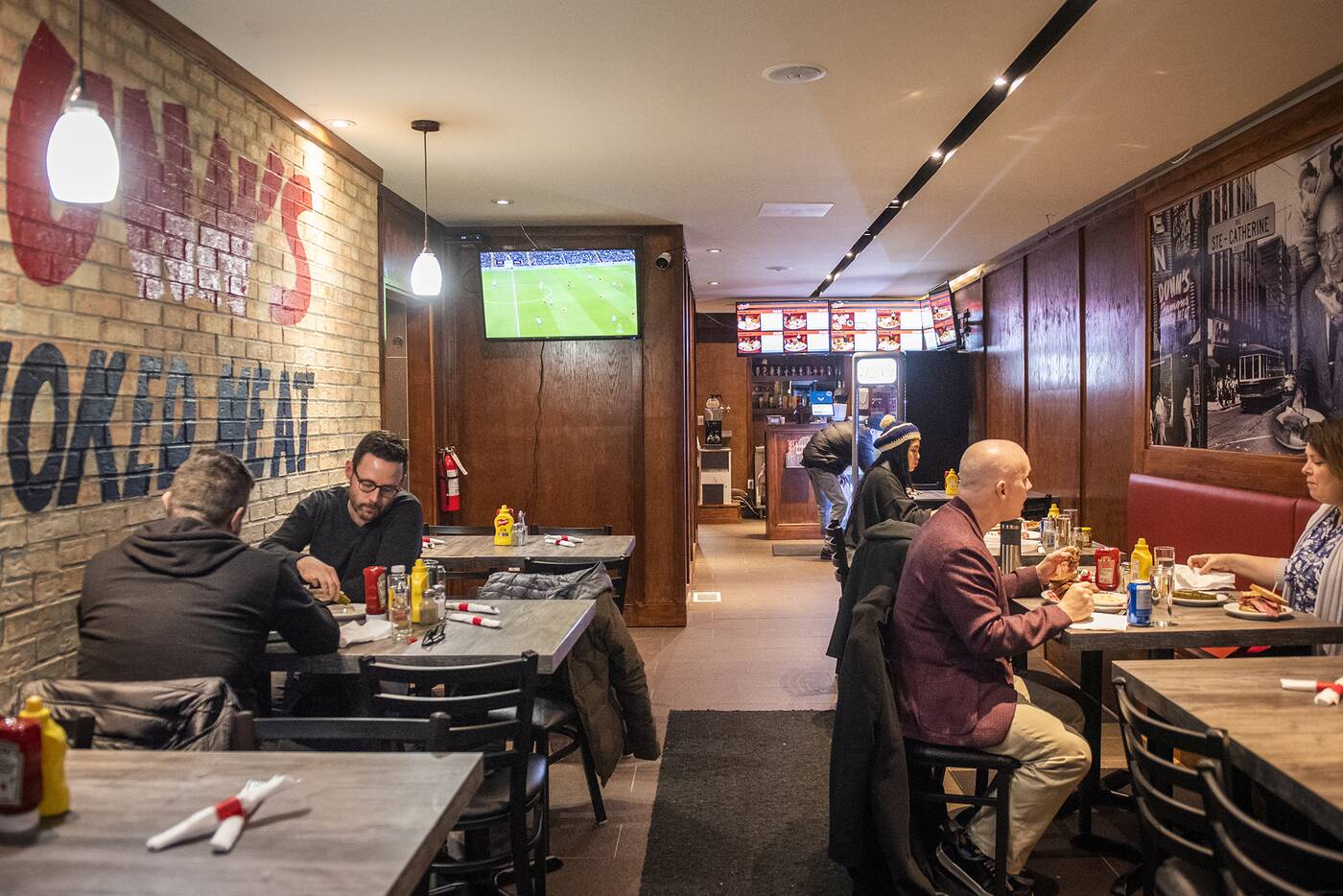 Toronto's love of smoked meat sandwiches pales to the full-fledged industry of delis in Montreal, but Dunn's is one of the few brands that have transcended La Metropole to The Big Smoke. 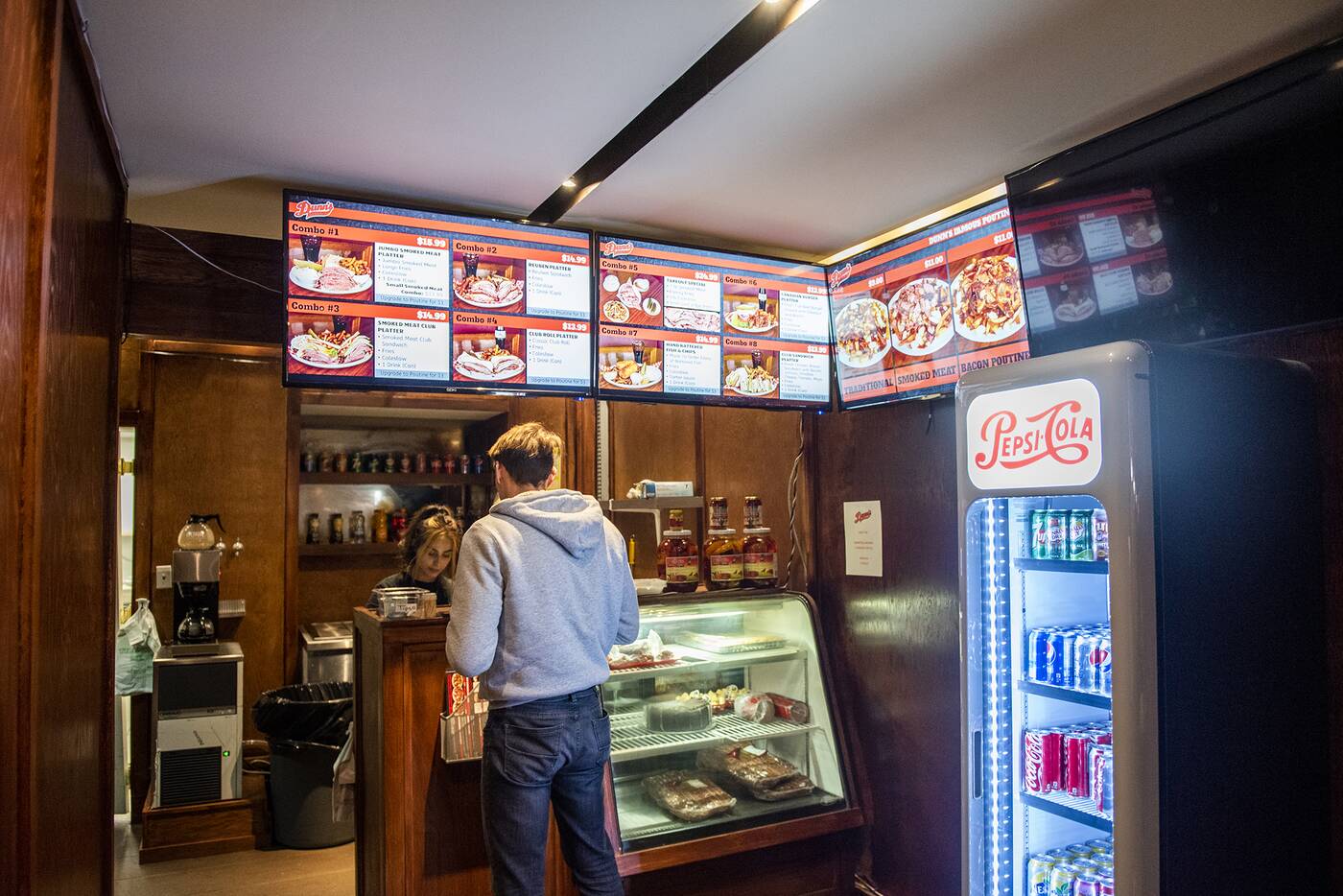 Launched in 1927 by Myer Dunn who has been credited as one of the founding fathers of the red meat movement in Montreal, his shop on Ste. Catherine Street held the title of one of Canada's biggest delis for decades. 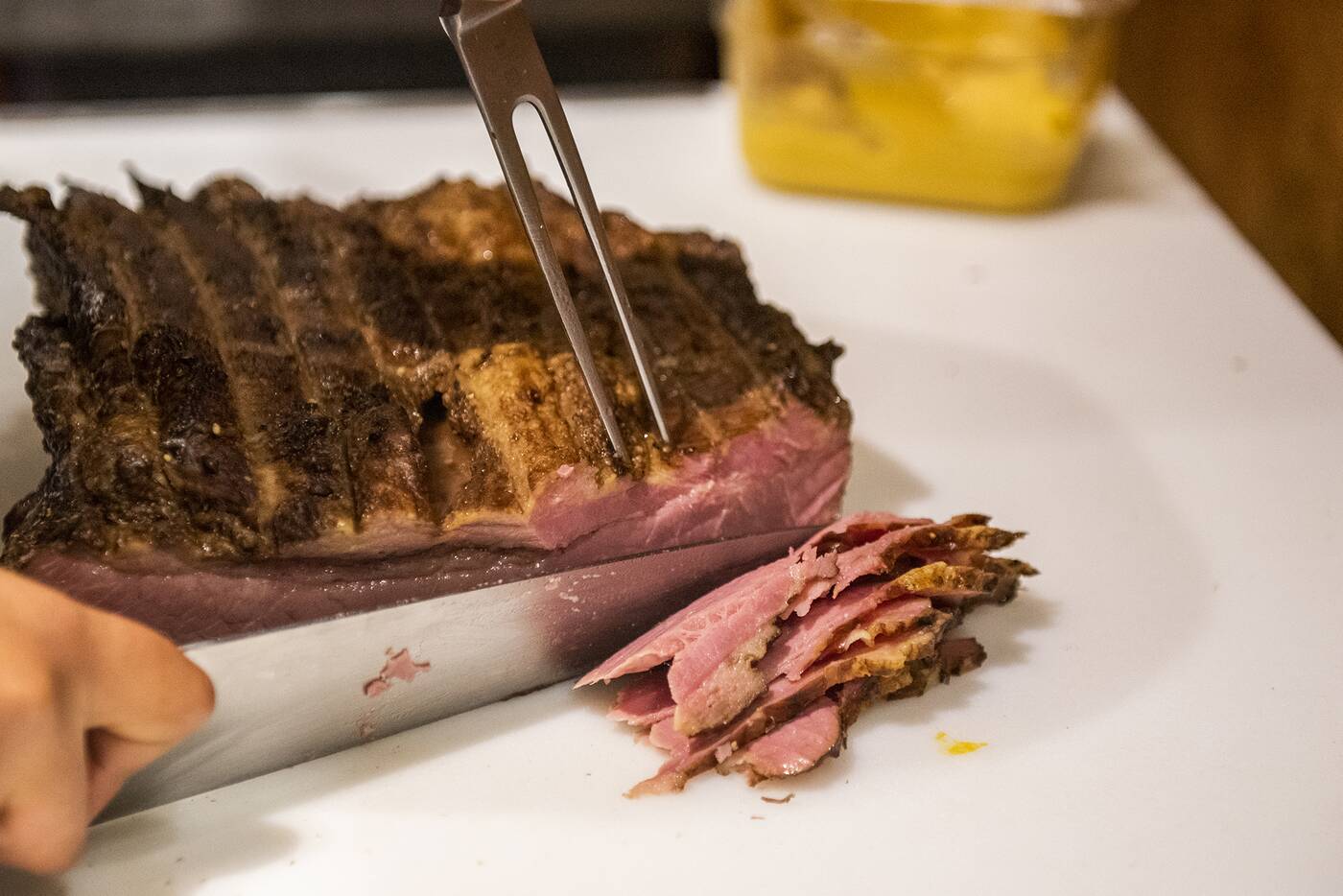 Now Torontonians can get in on this particular flavour of Canadian comfort food: the marinaded meat used at this franchise is actually shipped frozen from Montreal before being slow steamed back to life at the restaurant, with the help of some extra spices. 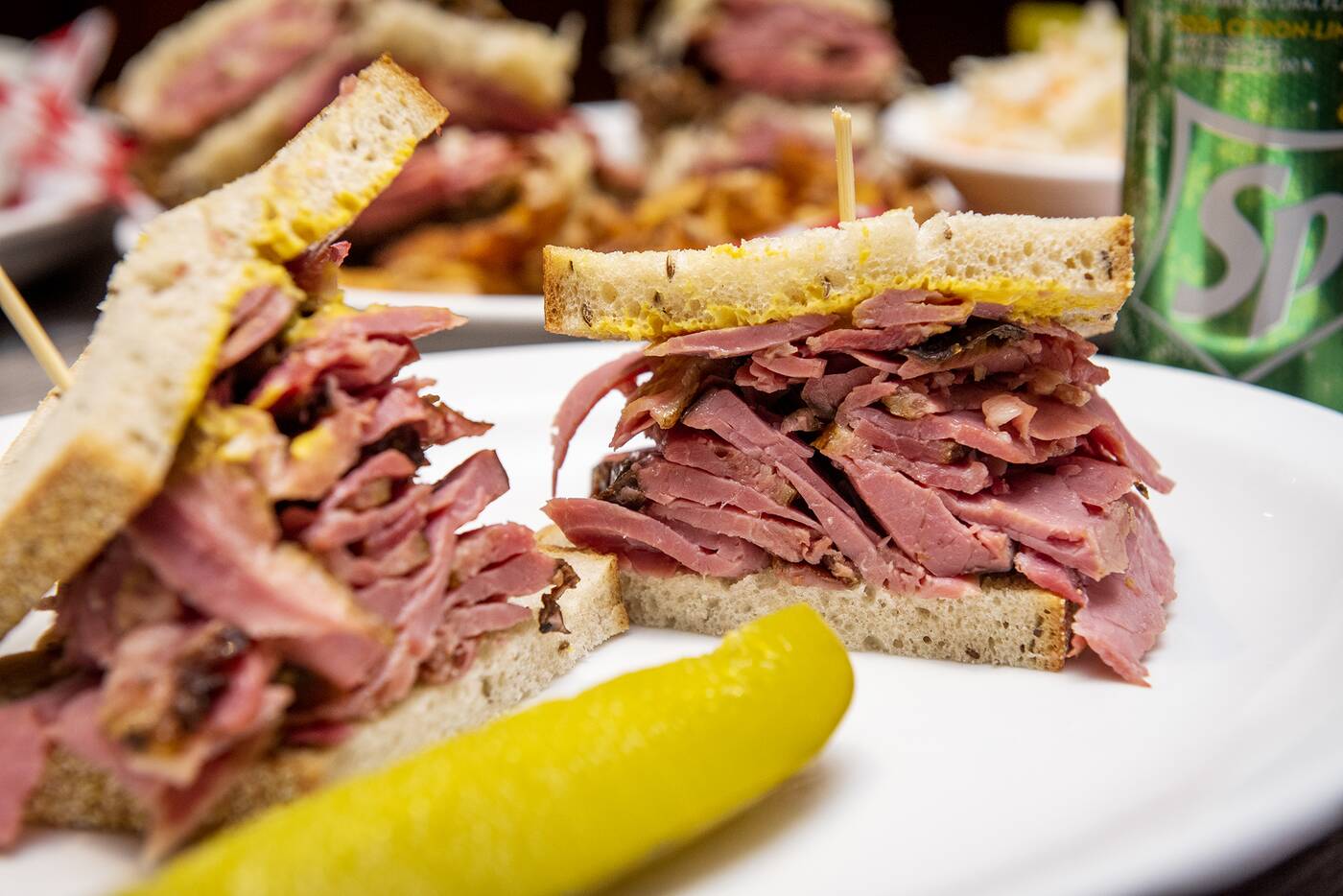 It's a lean menu of basic combos here the most popular being their jumbo smoked meat sandwich platter ($15.99) which comes with a hulking sandwich on plain rye bread, fries, coleslaw, and a drink. 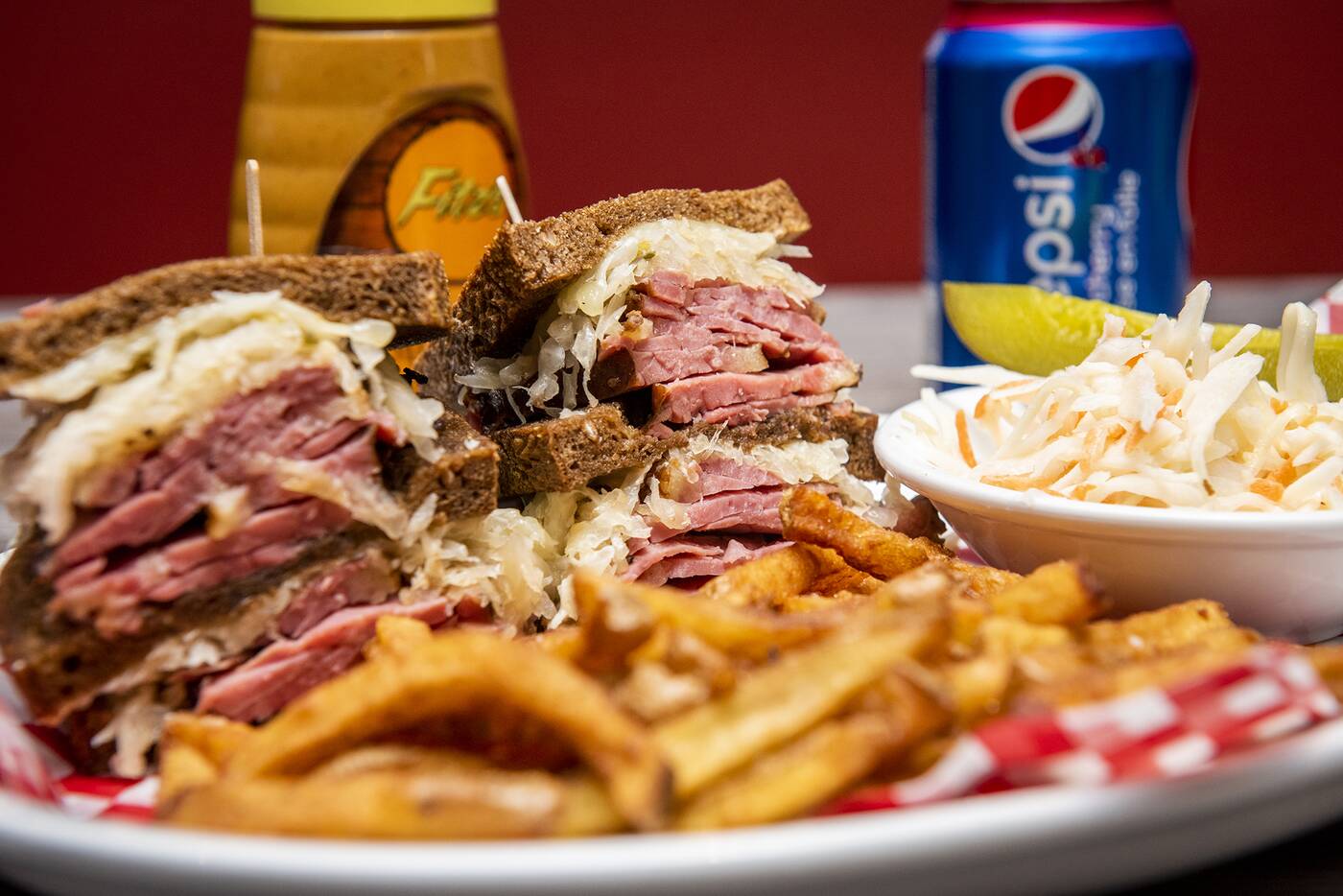 The second heaviest hitter is the reuben sandwich platter ($14.99): a tangier bite but equally massive. Dark rye bread and sauerkraut accompany the meat with a layer of Swiss cheese. 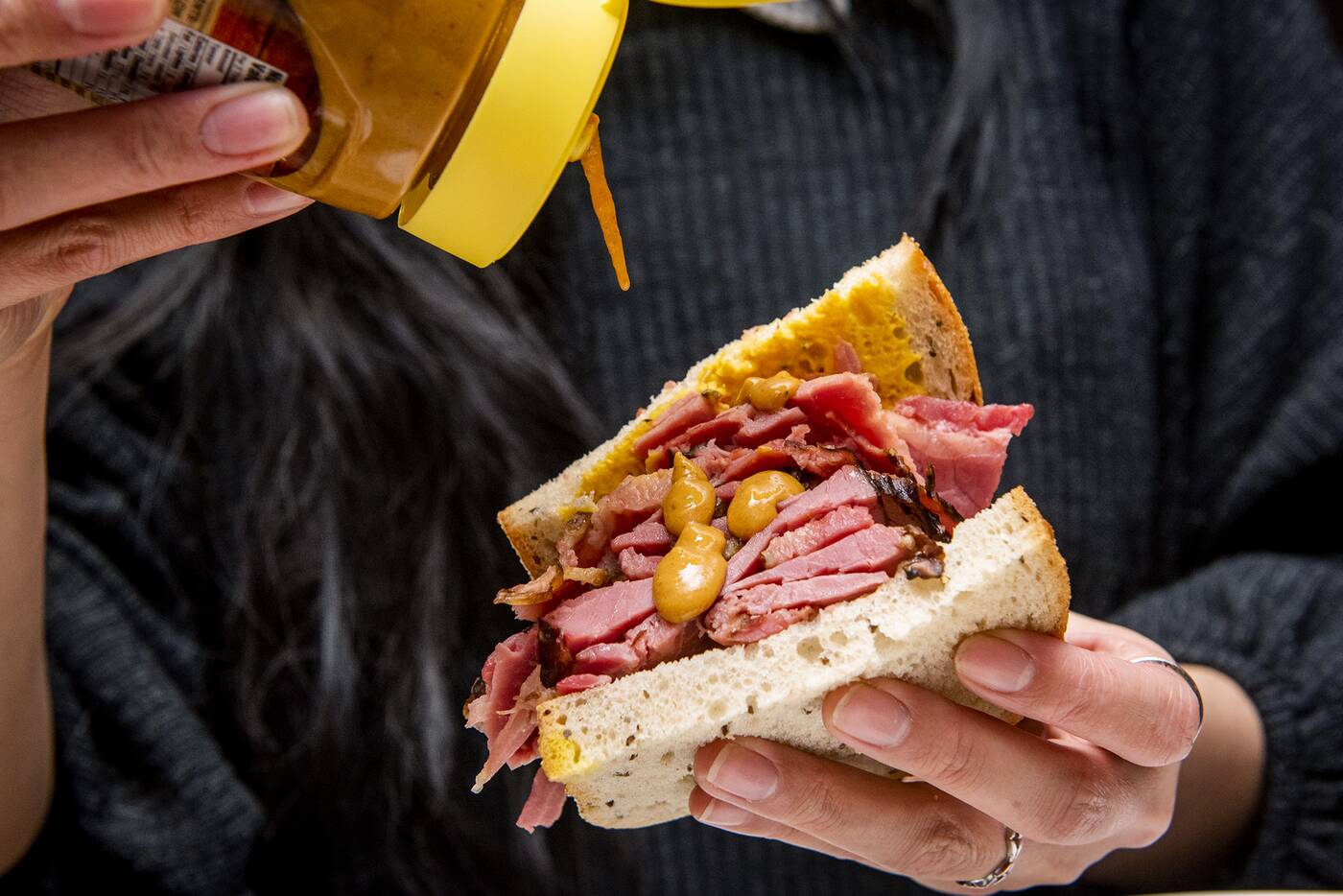 Whichever way you get it, the meat is tender, and tge fries are great. Feel free to request some spicy or honey Dijon mustard to douse your sandwich with. 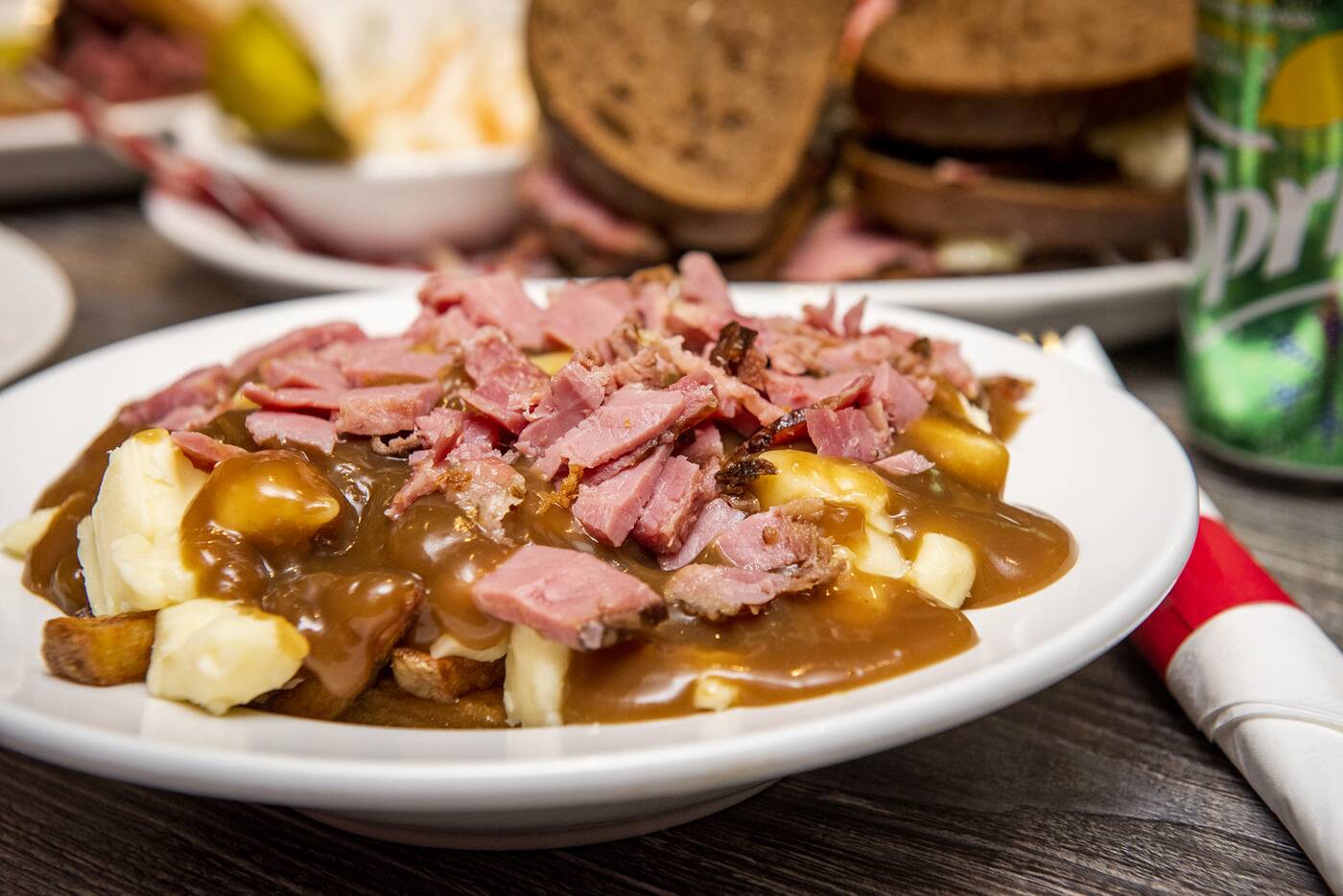 It's not a real Montreal meal if you don't get a poutine. You can get these crispy, salty fries in a generous serving of traditional poutine ($9) or with smoked meat or bacon ($11 each). 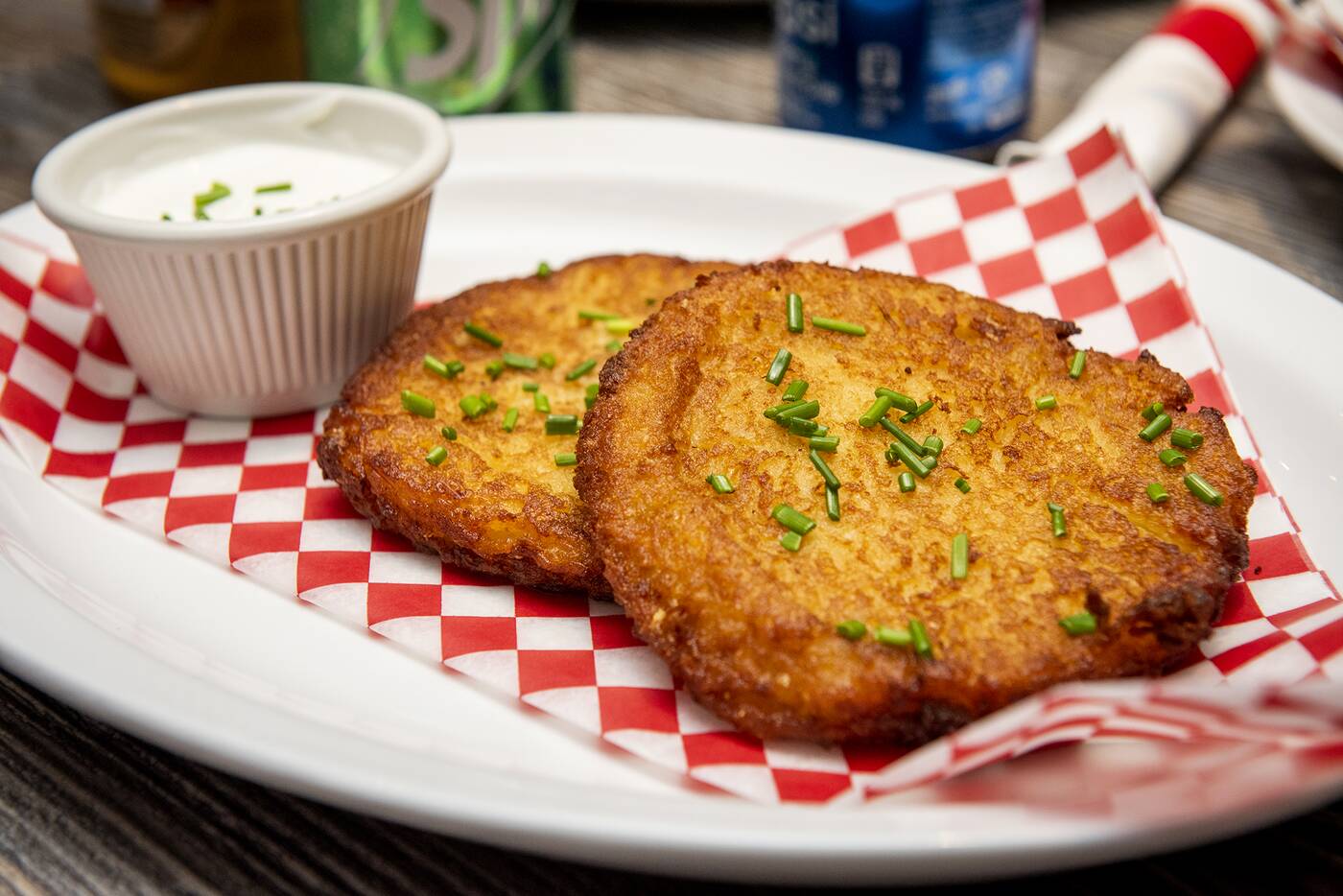 There's a few other Canadian colonial favourites like fish and chips and club sandwiches, but an unexpected menu item that shouldn't be missed is a pair of potato latkes, which come large and with a side of sour cream. 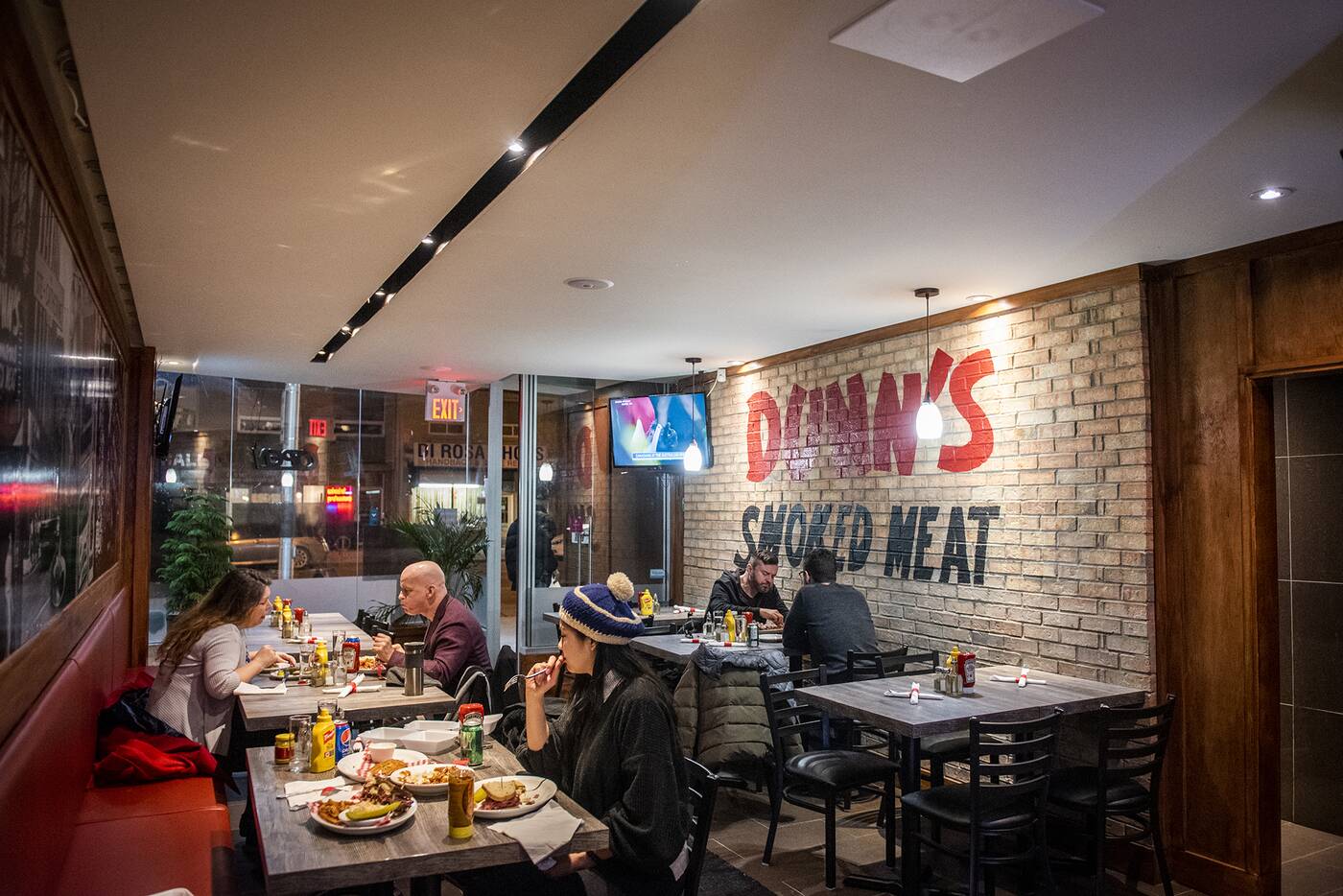 Toronto is home to a vast collection of cultural eats, but when it comes to what the country is known for worldwide, hit up Dunn's to get some quick and quintessential Canadian cuisine. 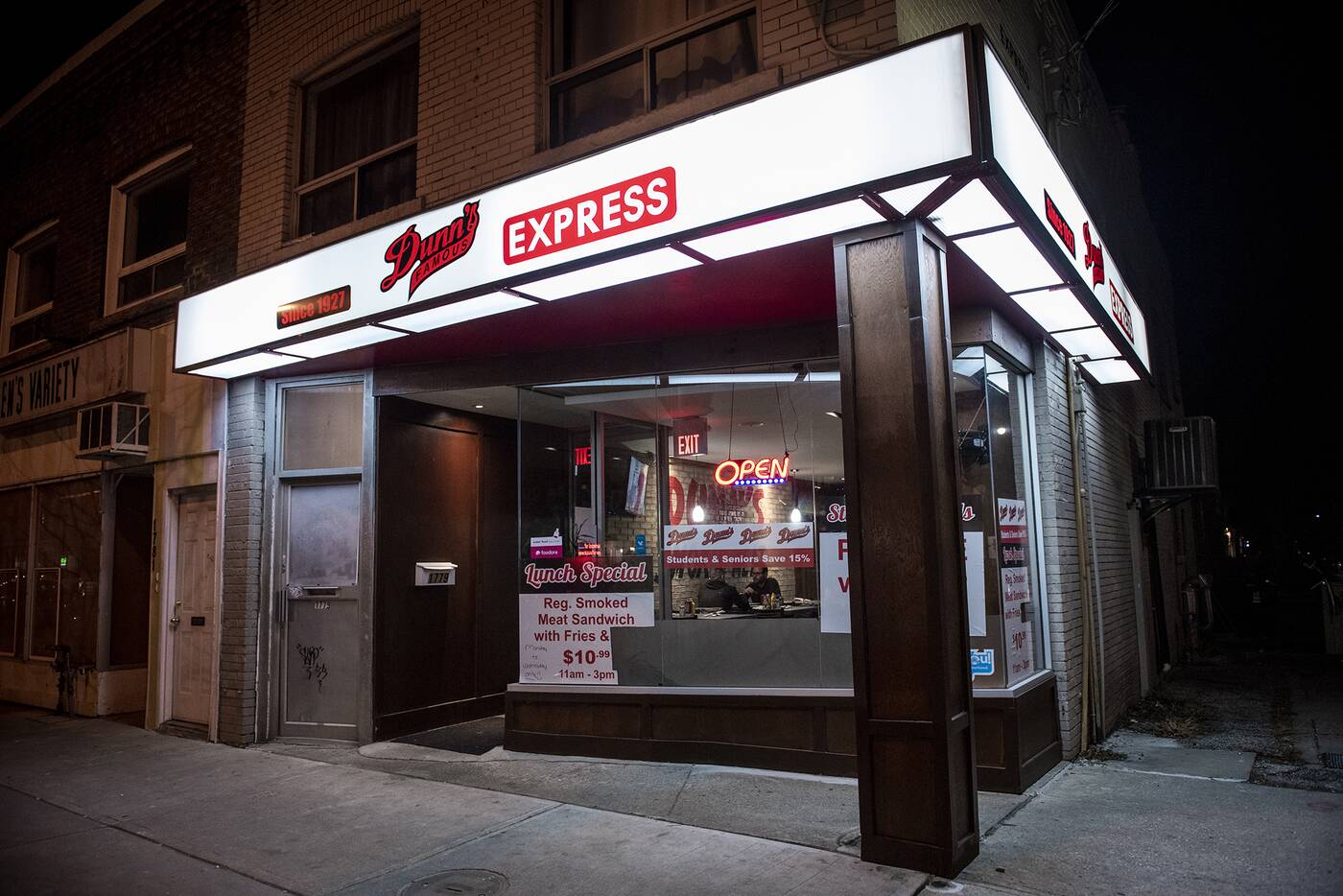