Dumpling King now has a downtown Toronto outpost. Take a walk down Dundas just east of Huron and it'd be hard not to notice Chinatown's newest restaurant. With its bright, slightly comical light panels, larger-than-life images of dumplings, and surely Ikea-born furniture summoning you into its clean dumpling lair, it summoned me to emit an almost audible "Egads, what is this?" when I first passed its doors. 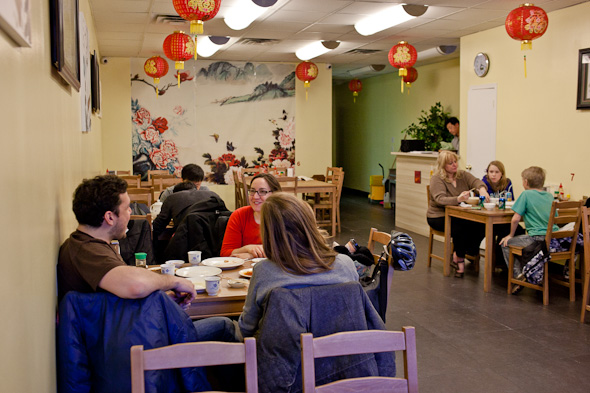 Turns out this is the new downtown outpost of the North York dumpling staple (not affiliated with the identically named restaurant out in Scarborough ) that has come prepared to battle for a spot in the downtown dumpling ring. Being a sucker for dumplings, I had to give it a try. 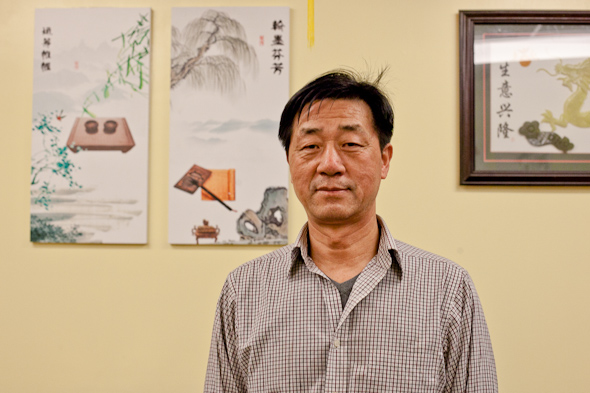 If you're lucky, you'll enter and be greeted by the real-life Dumpling King, the very man whose beaming caricature you'll see emblazoned on the restaurant's logo and sign: a tall northerner, quick to bolt from his stoop at the back to greet you with a nod, smile, and his cozy menu of dumplings, noodles and a little bit more. 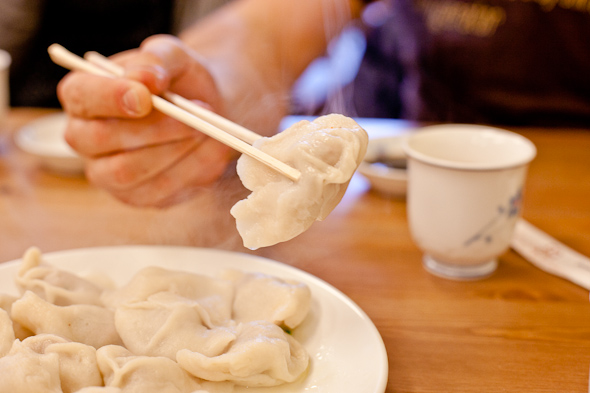 This evening, our stomach desired dumplings: on offer are chewy steamed and moist boiled parcels, of which our table opted for the standard pork and sauerkraut ($6.99/16) and the lamb and carrot ($7.99/16), respectively. The dumplings were bulbous and hefty, with the steamed packages boasting a decent though slightly dry chew, and the boiled dumplings, which I preferred, a slightly juicier punch. The flavour of the pork and sauerkraut mix was slightly too subtle for my liking but the lamb, as usual, held its own. 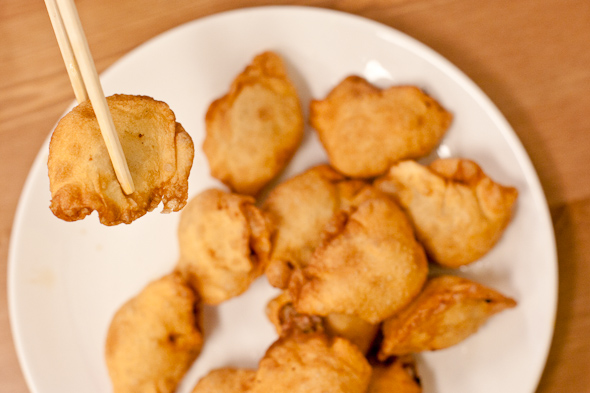 For an additional $1 on top of the standard dumpling price, we also selected a deep-fried option - a rare breed - but an offering that may leave pan-fried devotees sulking in the corner. Only available for four of the twelve choices, we went for the beef and onion ($6.99/16).

Though they were surprisingly juicy, chewy, and not with a high-velocity, palate-scraping crunch of the classical deep-fried wontons, it was difficult to imagine coming in by myself on a lonely night and wolfing down an entire plate solo which, believe me, I've done with a plate of pan-frieds. Consensus: better than expected, but probably wouldn't bother ordering again. 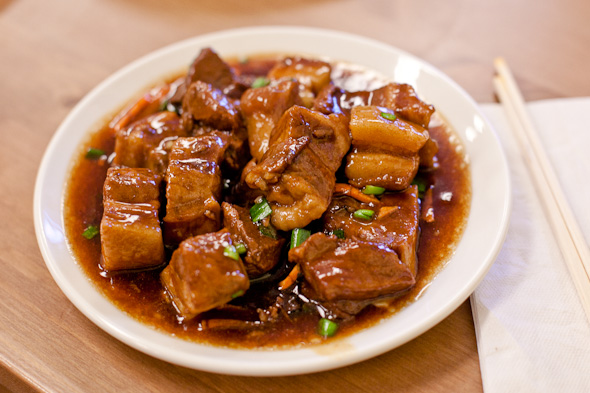 In the vein of adding more succulent meat to our night, we ordered a dish of braised pork ($5.99) which turned out to be a standard offering - fairly tasty, tender, and sweet, with a decent meat-to-fat ratio and fat smooth enough to not turn away the most queasy among us. 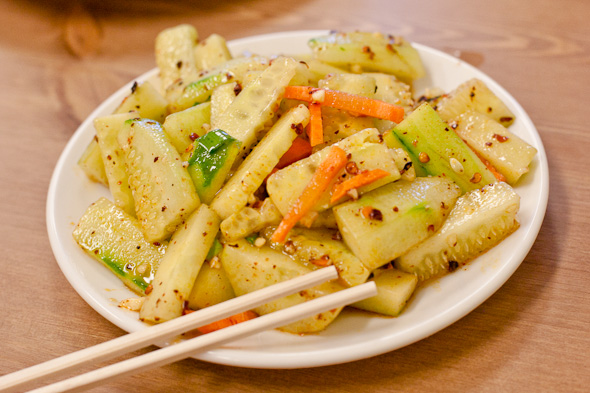 Interestingly, the evening's highlight was a mysterious side dish labelled Cucumber with flavour ($3.99). When asked about the flavour , the Dumpling King responded with a nod and an enthusiastic good, followed by a noticeable pause from my end. Figuring there'd be no harm in tasting good , we ordered the dish and quickly learned it was a refreshing version of the traditional cucumber salad - a generous portion of crunchy peeled cucumber strips adorned with red chili flakes, a well-balanced seasoning of soy/vinegar/sugar/sesame that provided the side freshness and semi-healthy kick we needed, especially after the heaviness of the deep-fried dumplings.

Listening to fellow patrons, it seemed the hand-pulled noodle soups were another winner, if the slurps emanating from behind me were any indication -- because of this, there is definitely cause for return. 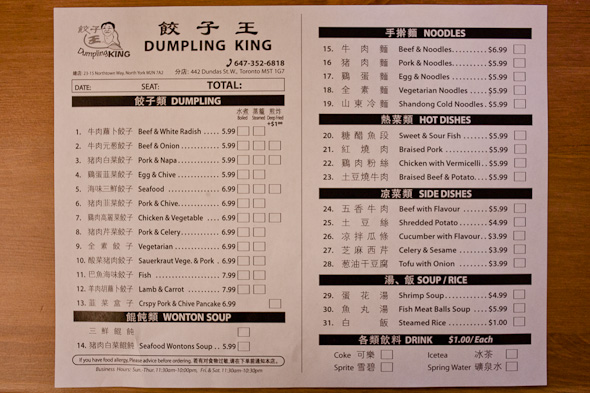 But beyond the food offerings, which are quite standard in terms of your typical mom-and-pop dumpling fare, what made us all satisfied was the understated fatherly charm of the Dumpling King himself, who repeatedly, though not annoyingly, checked up on our teapot and, in pure Chinese tradition, charmingly chastised a member of our table for not keeping cups full to the brim. 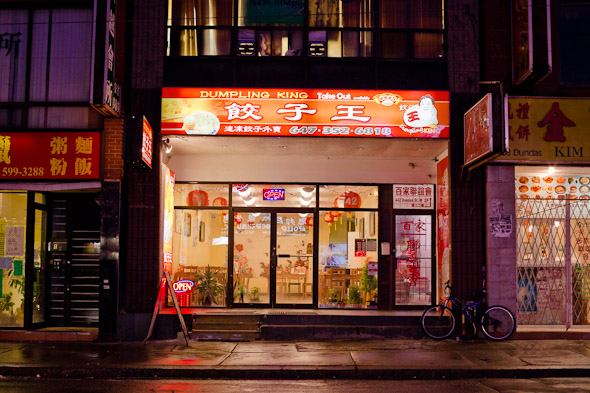 As we left, the Dumpling King quickly stood up to see us on our way out the door, which made me happy. Because, you know, sometimes even more than the food, all you want is that feeling of home.