Dönerland specializes in Turkish foods like pide, kebabs and döner wraps and plates. 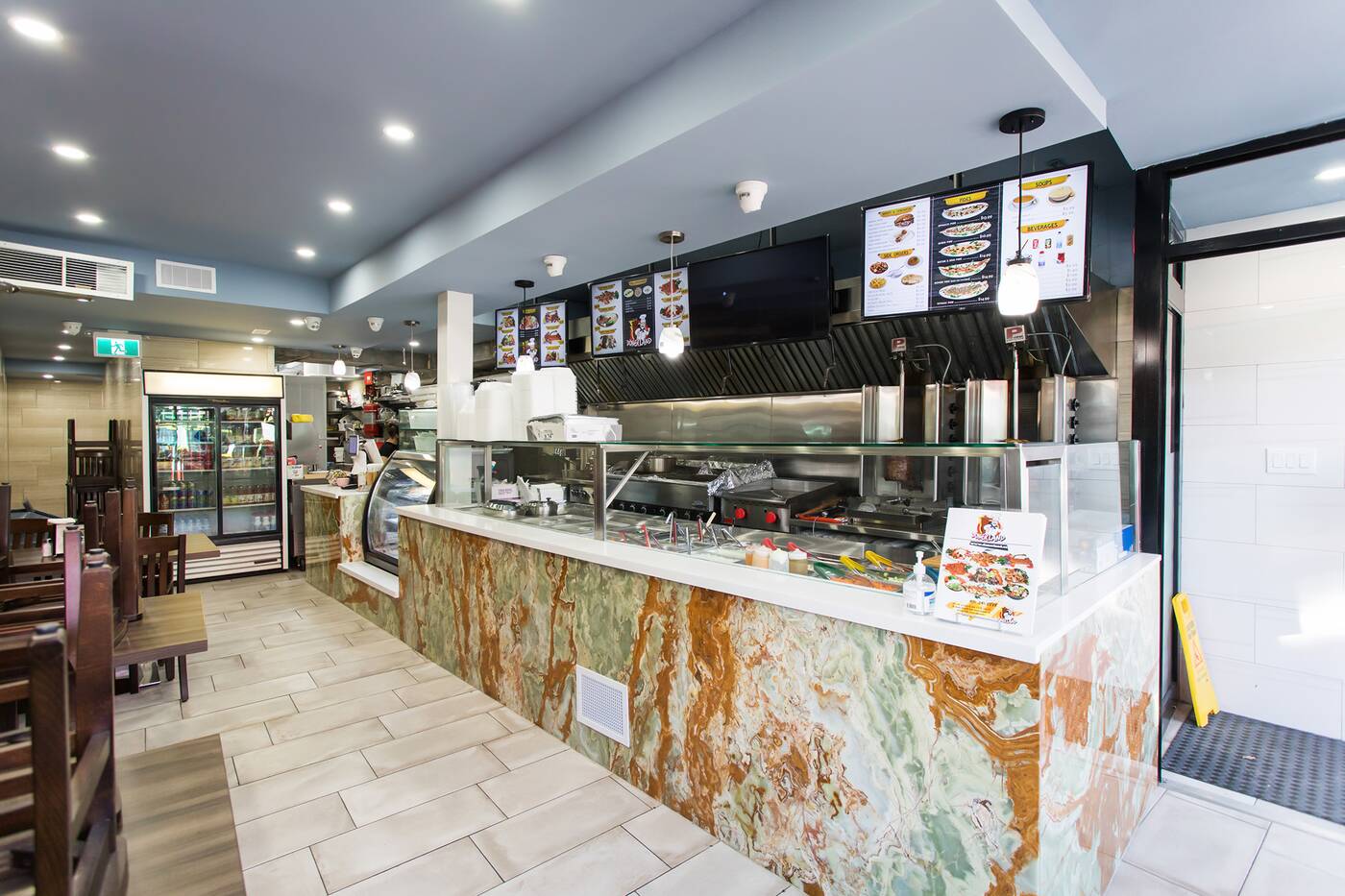 A Turkish street food, döners are made with shaved rotisserie meat and typically enjoyed on flatbread; they're the namesake of this restaurant, and what they do best. 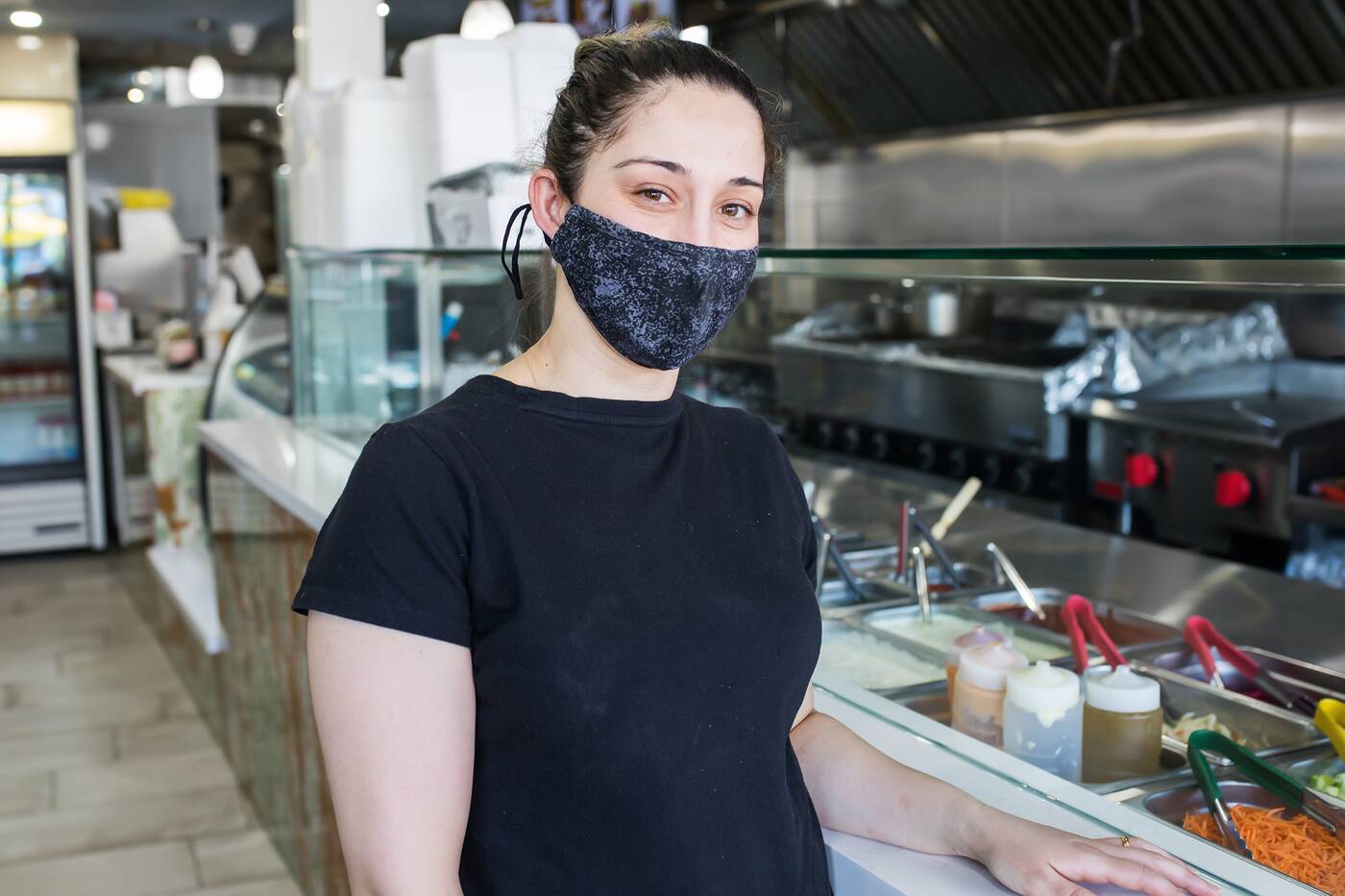 With another location in Roncesvalles, Turkish-born Erdogan (pronounced "erdowan") Topyurek and his wife Marilia own the spot on Jane Street while his brother's family owns the other. Since Erdogan holds another job, it's mostly Marilia who takes care of the restaurant. 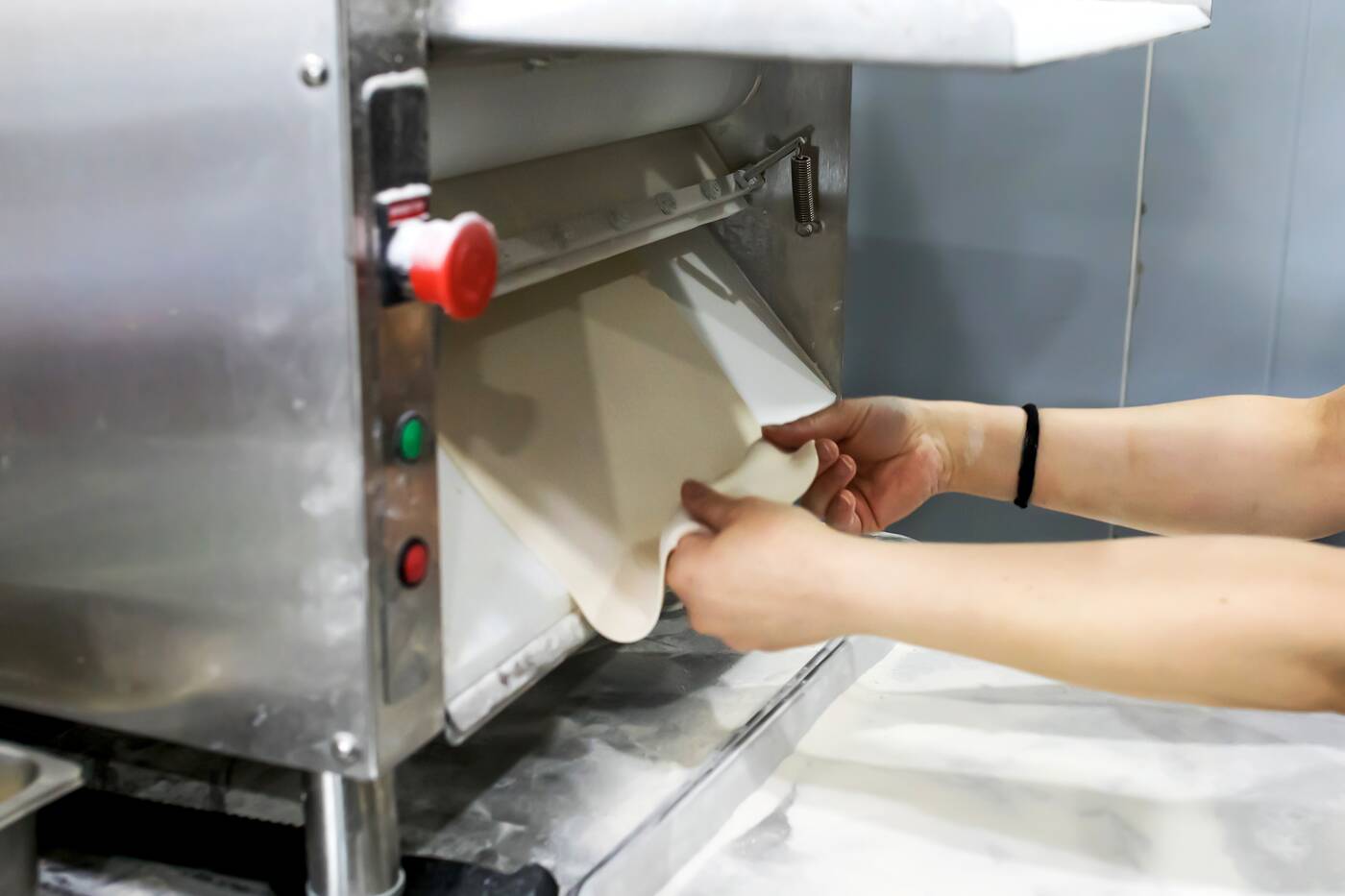 One thing that makes their döner stand apart from others in the city is the homemade flatbread. Marilia stretches the dough by hand and puts it in the oven every morning so that they're fresh. 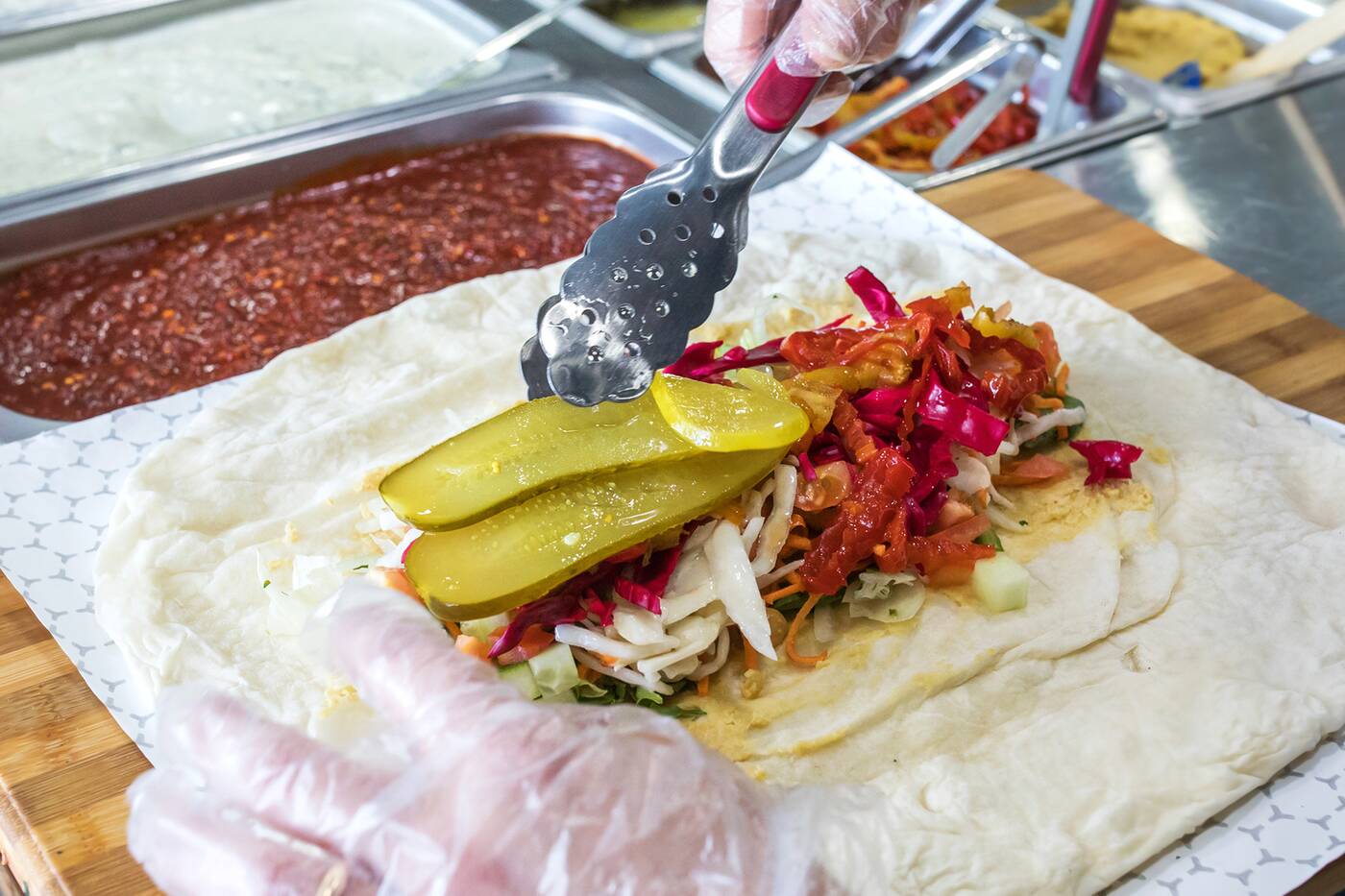 Besides the delicious taste, a bonus of them making their own bread is that it can be stretched quite large. This gives plenty of room for them to load on the meat and fillings, making for a massive wrap that could be enough for two meals. 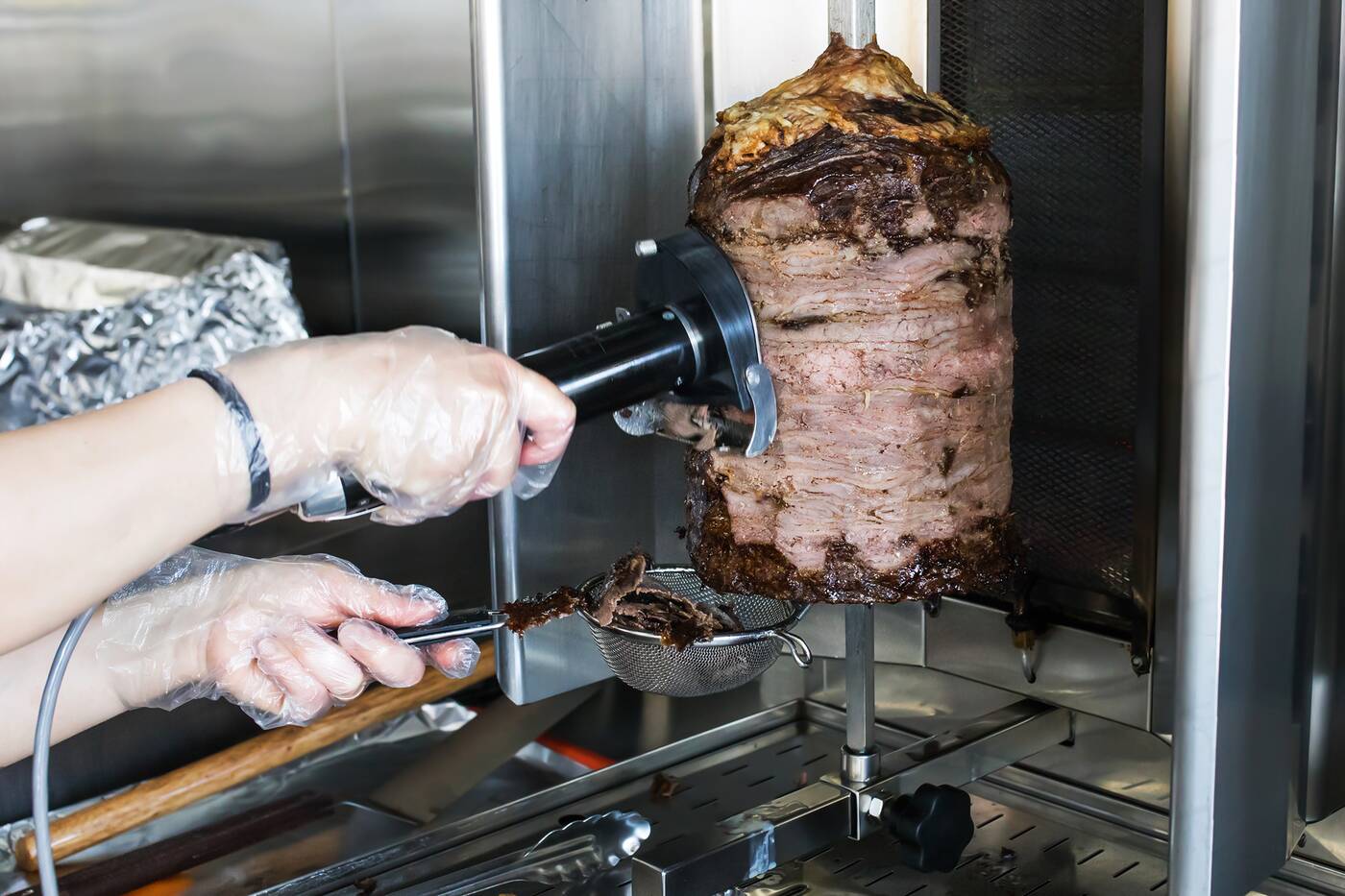 Coming with either chicken or beef, the dry-seasoned meat is shaved off in generous portions from a revolving skewer. 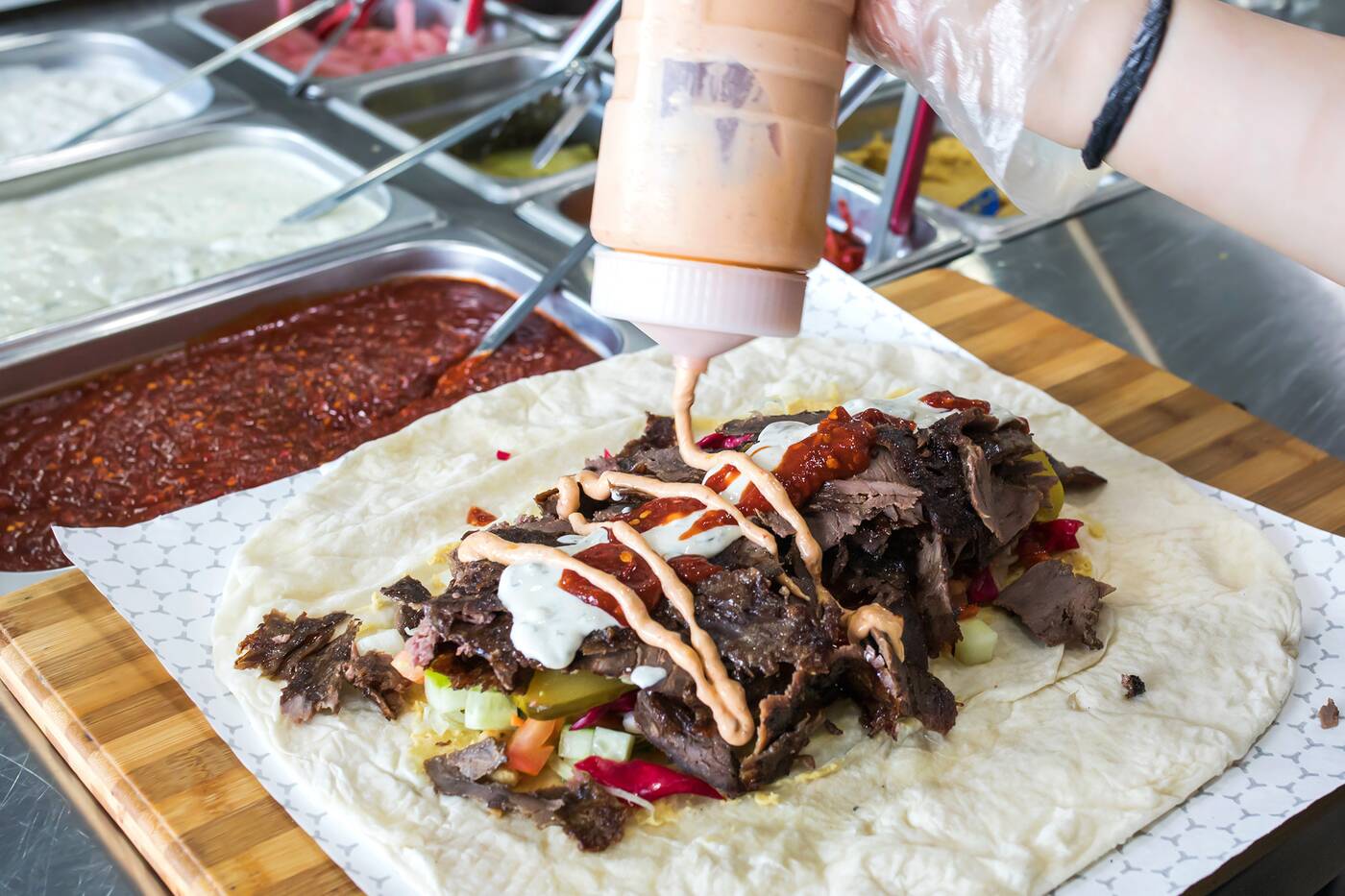 Although the döner served here shouldn't be confused with the infamous sweet-sauced Halifax donair, you still have your pick of tasty sauces. All made in-house, favourites include creamy hummus and a garlic sauce that I'm told is itself a draw for a fair share of people. 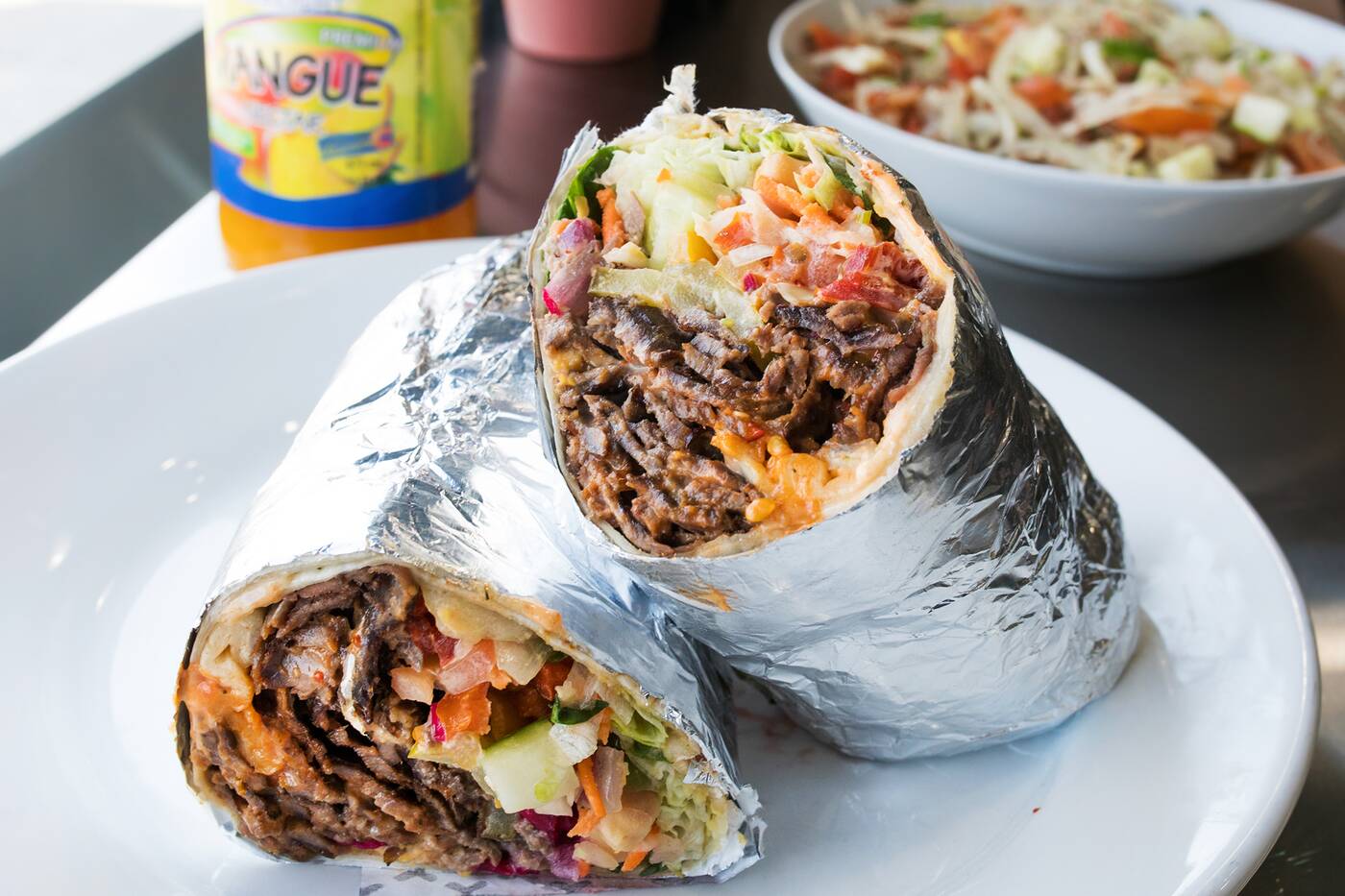 The stuffed döner ($9.99) is wrapped individually and sliced in half, which conveniently lets you eat one half and save the other for later. 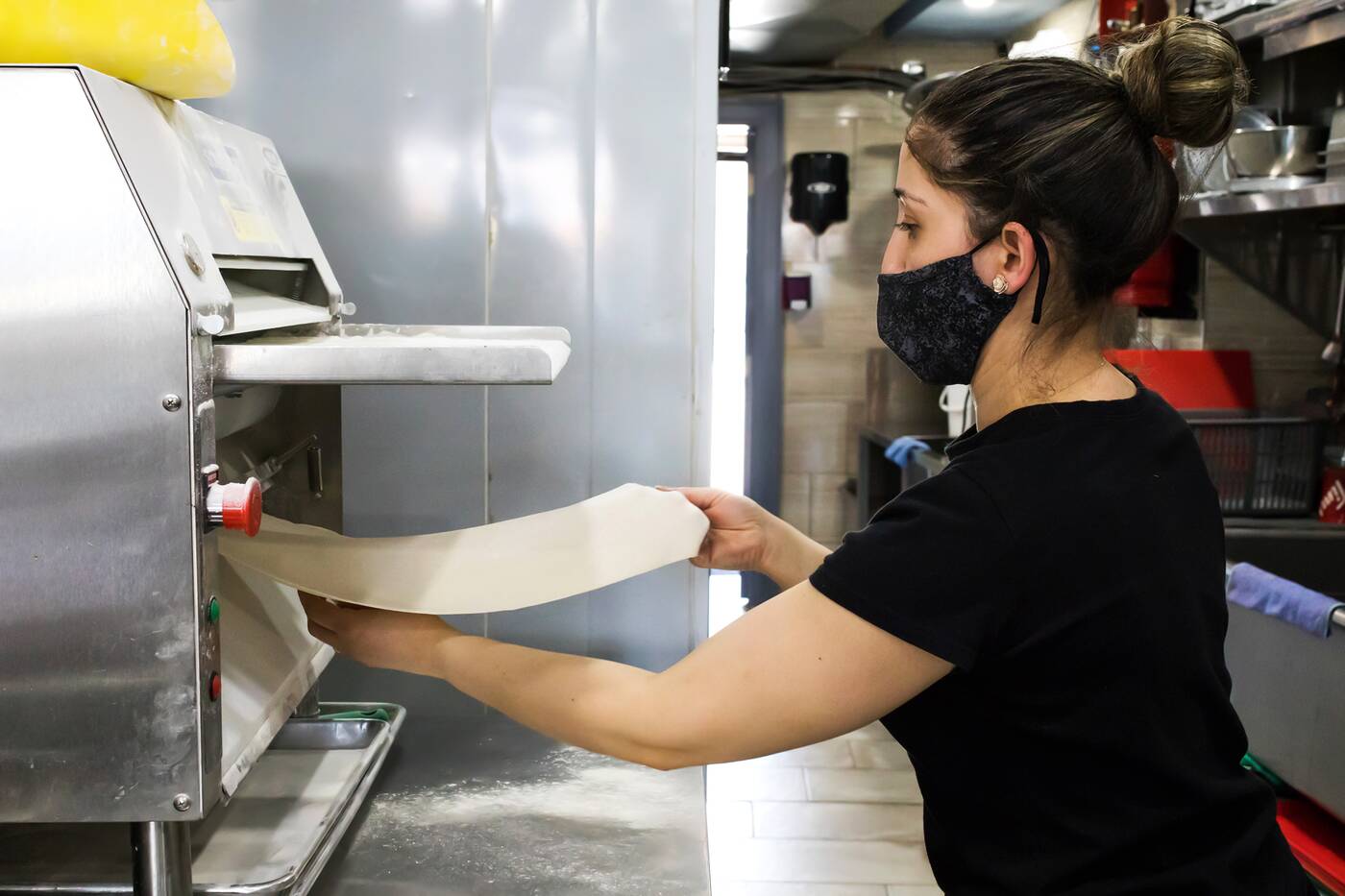 Another favourite is the pide, which comes with the freshly made flatbread and a variety of toppings sort of similar to a pizza (though it's actually mostly eaten for breakfast with tea in Turkey). 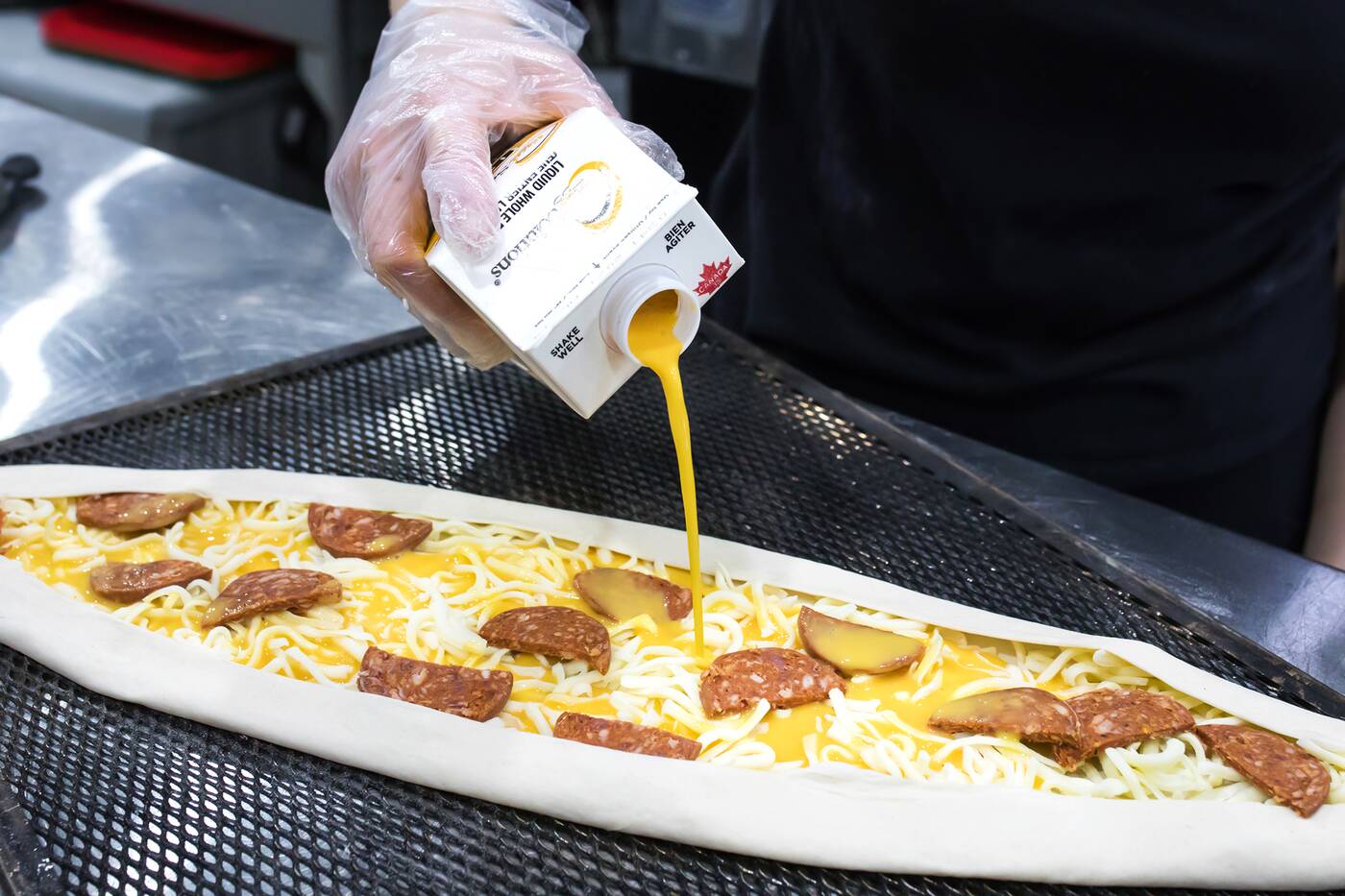 For the sucuk and egg pide ($14.99) the canoe-shaped flatbread is covered in cheese, sucuk (Turkish sausage), and poured over with beaten eggs from a carton so that it's evenly distributed throughout. 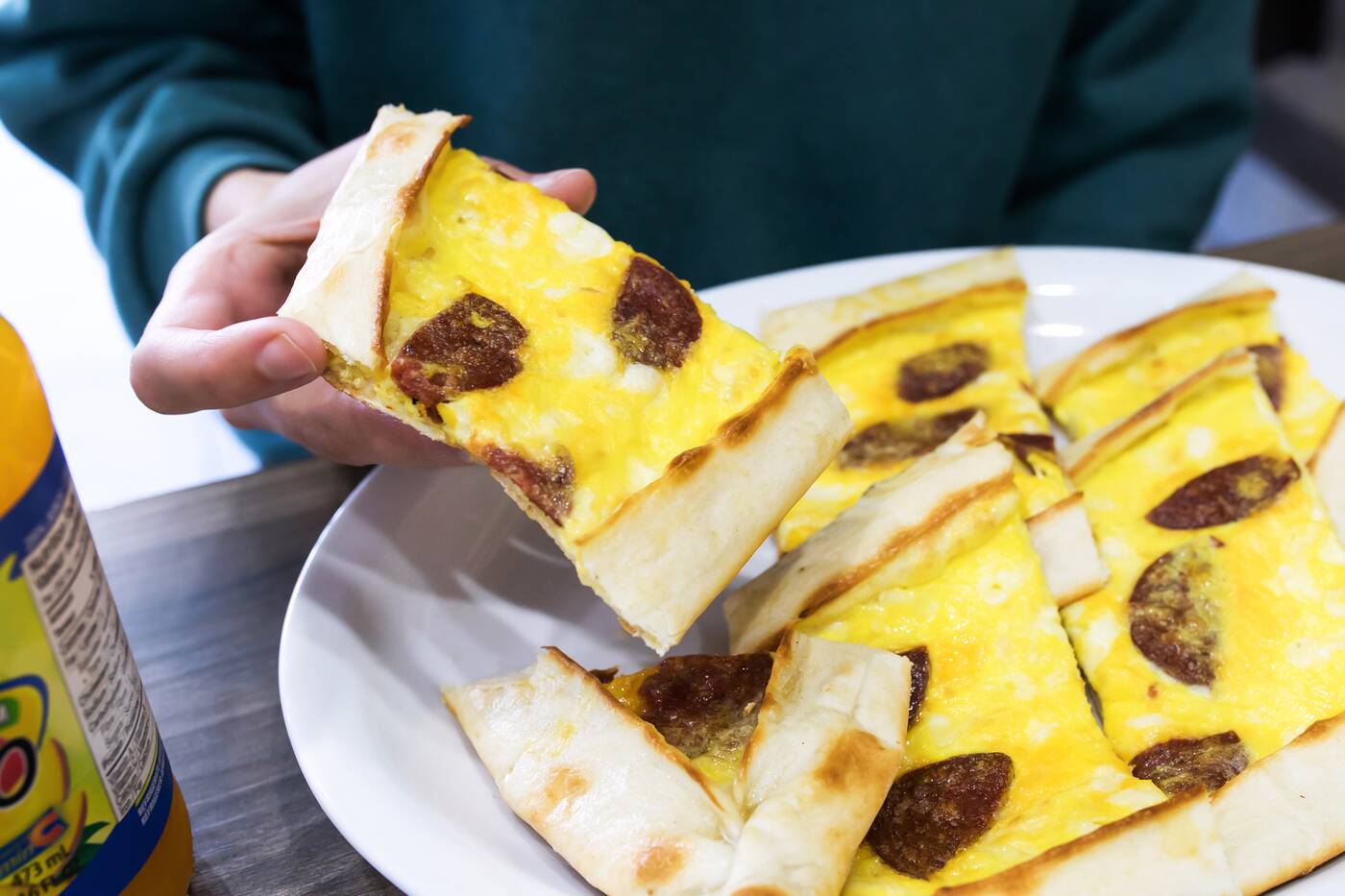 There are a few other types of pide besides this one including one topped with spinach, another with kiymali minced meat, as well as a döner option. 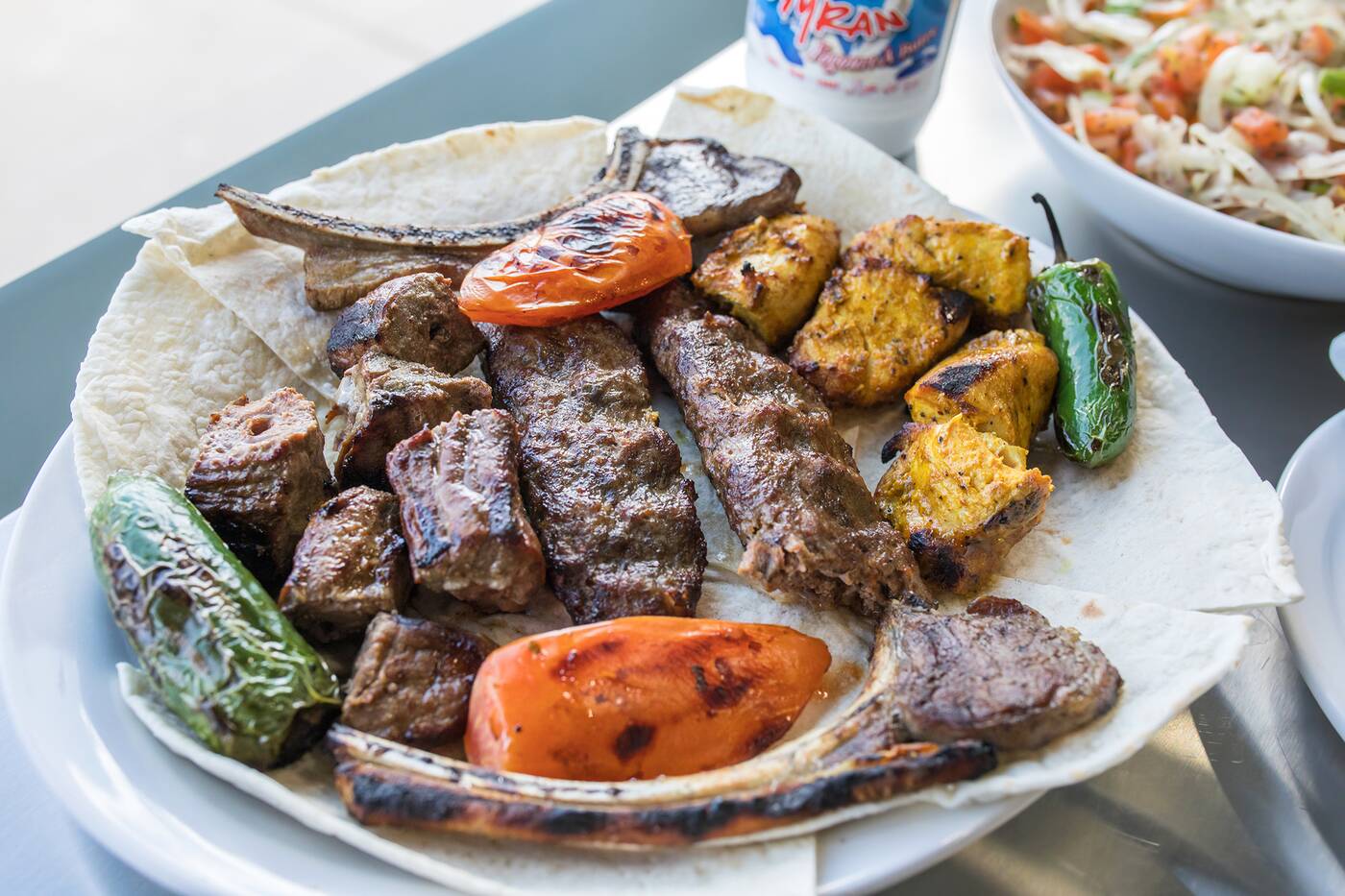 They also serve up a variety of different kebab plates including beef, chicken, steak, chicken steak, lamb and pork chops. Each skewer of meat is marinated before hitting the grill and is served with bulgur salad and its own homemade pita bread on the side. 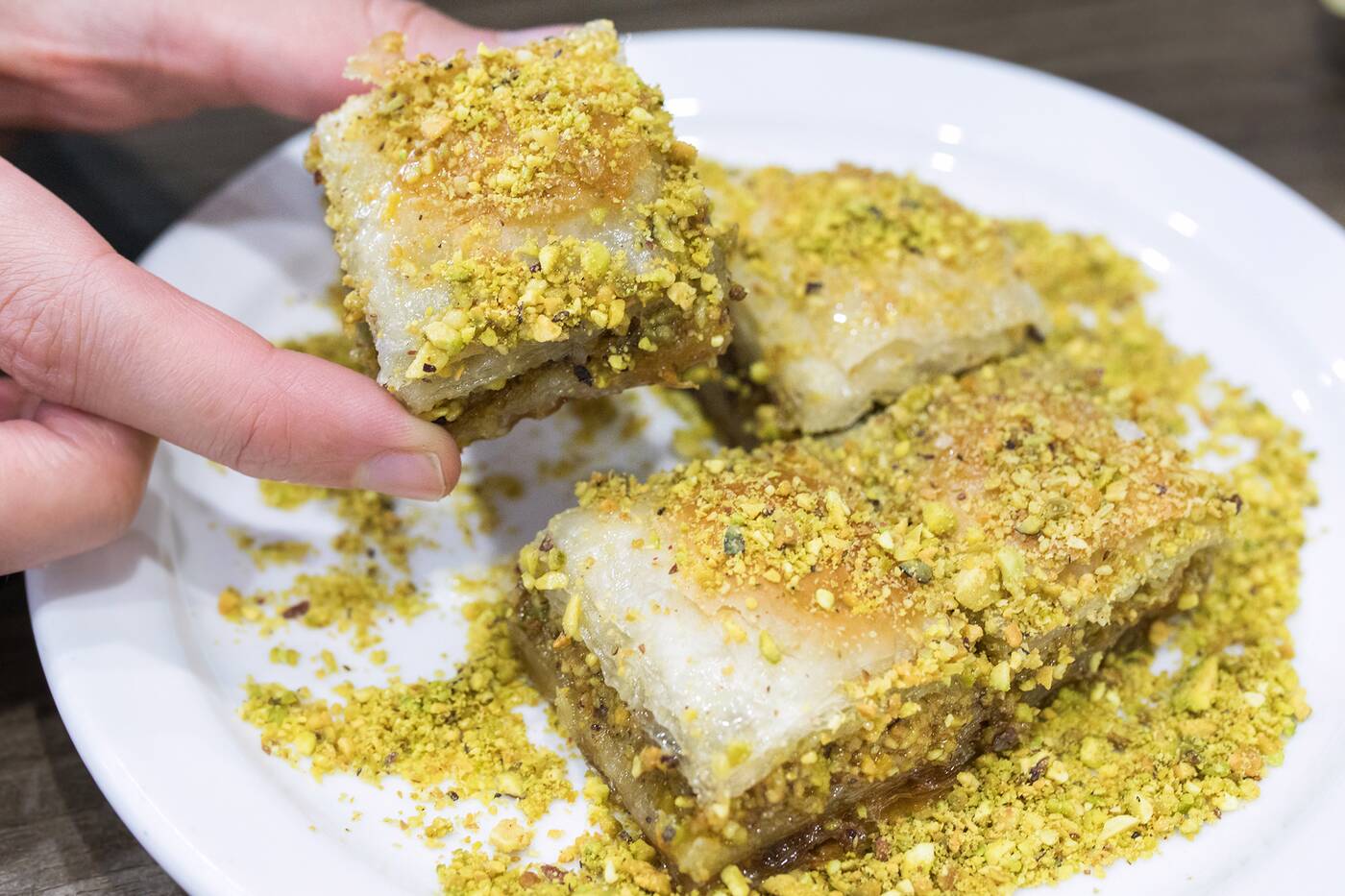 Baklava ($6.99) is the go-to for dessert. With thin layers of phyllo dough between the sticky syrup and a generous amount of crushed pistachios sprinkled on top, it's easily one of the best baklavas I've tried. 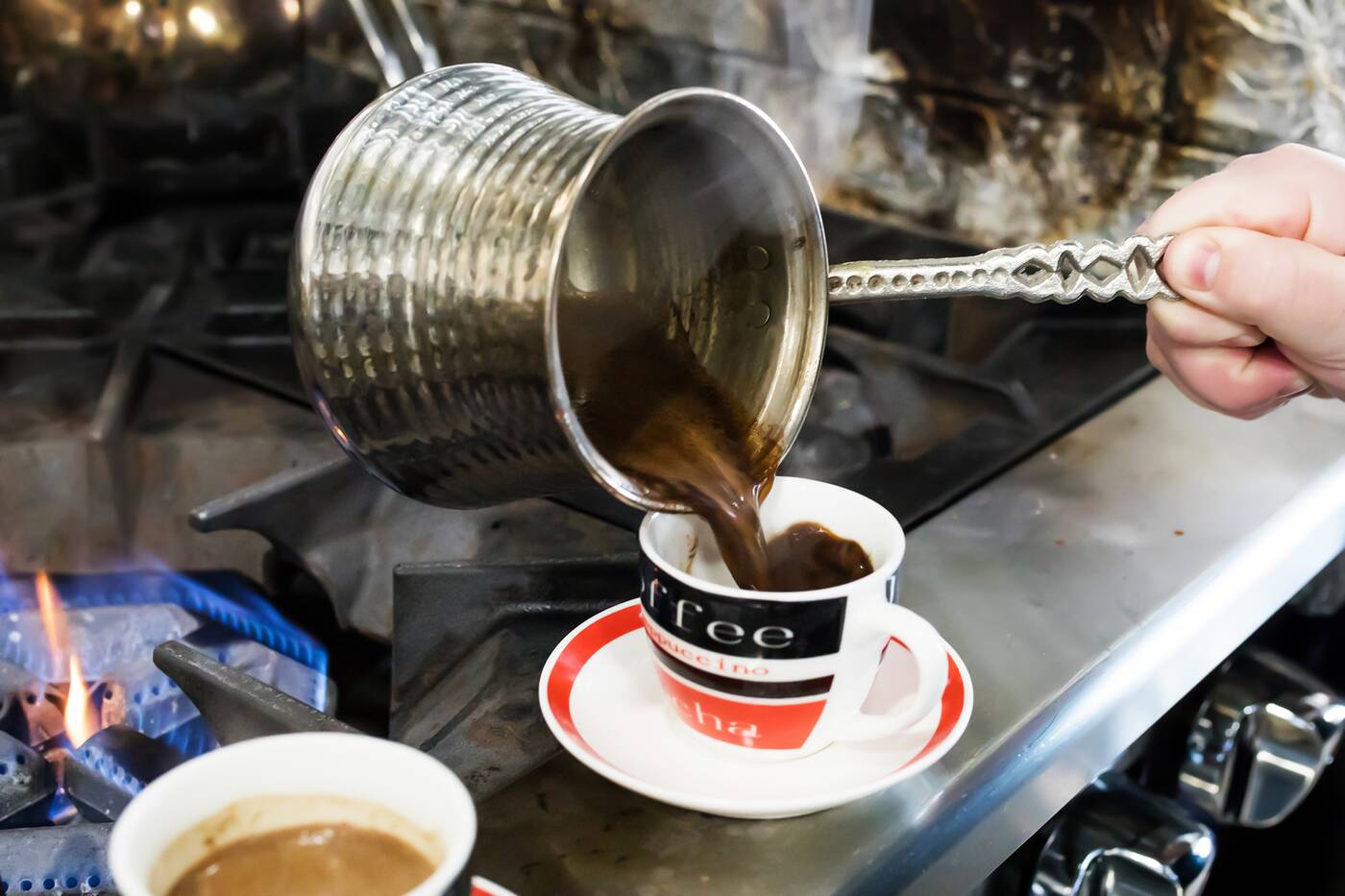 Dessert is nicely paired with a cup of Turkish coffee ($3.99). It's made with finely ground coffee beans and no filter so expect to find lots of grounds at the bottom of your cup when you're finished. Sugar is also added to taste while it's on the stovetop rather than afterwards.

If you have yet to try döner or are just looking for a new spot to try an old favourite, Dönerland shouldn't disappoint. Don't be afraid to try a few of the other tasty Turkish meals on the menu while you're at it. 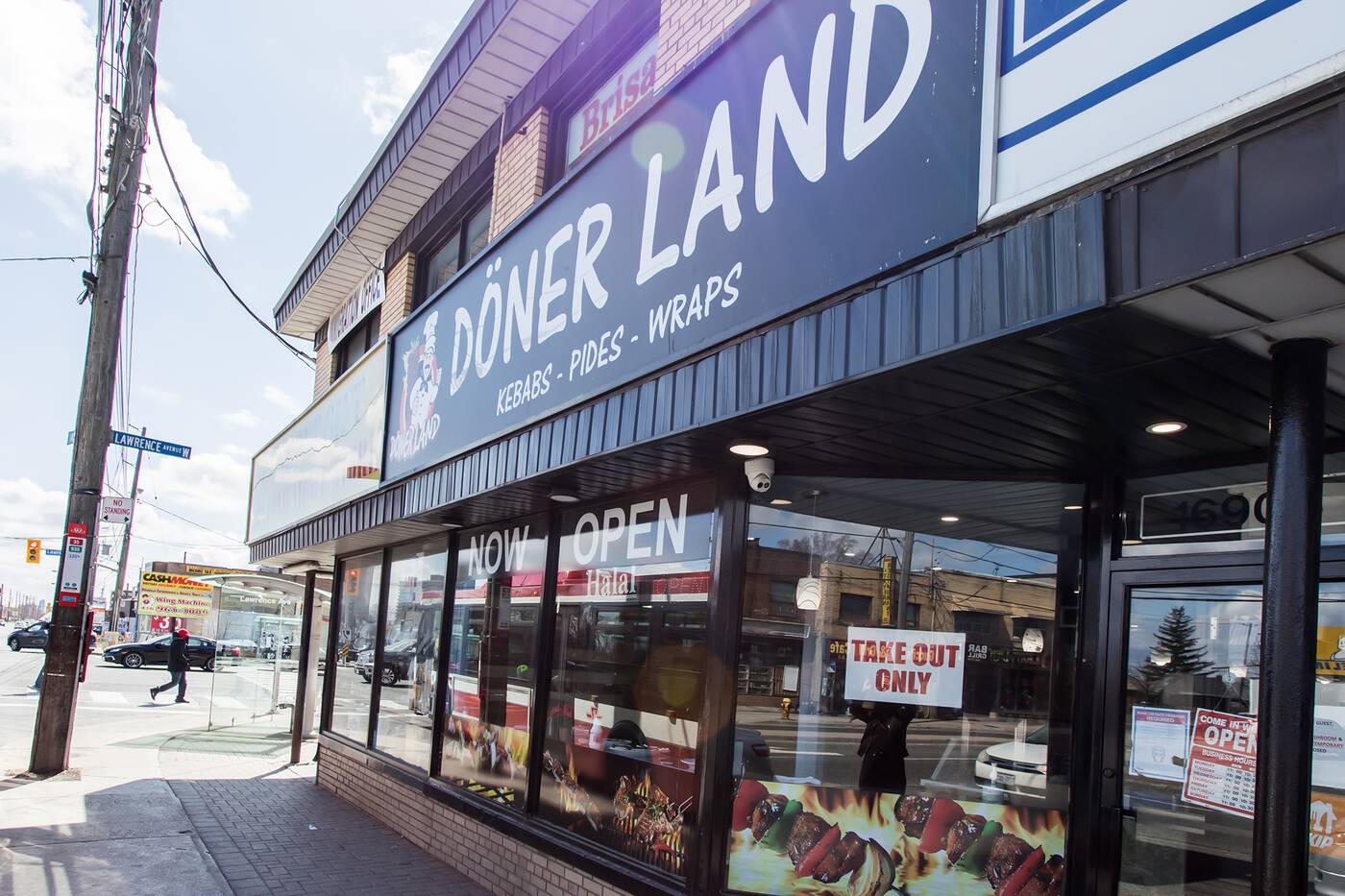 The Best Pide in Toronto