Dominion Pub & Kitchen is the newest iteration of the Dominion on Queen , a landmark pub in Corktown that was first established in 1889 at the base of the Dominion Hotel .

Now under the ownership of FAB Concepts, the revamped public house joins the same family as The Pour House and Against The Grain (amongst others). 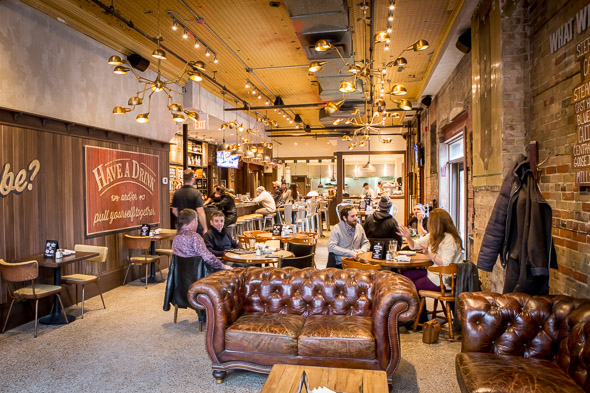 The historic exterior remains intact, while inside hasn't been refurbished so much as it's been stripped down to the brick. Wood paneling has been selectively applied and tufted leather couches and dining chairs upholstered in velvet offer warmth to the room. 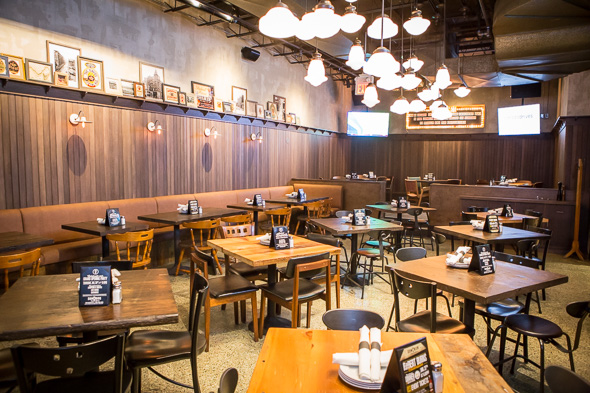 In the back, a stage is set to host live music, while a patio will expand the already 150-person capacity significantly in the warmer months. 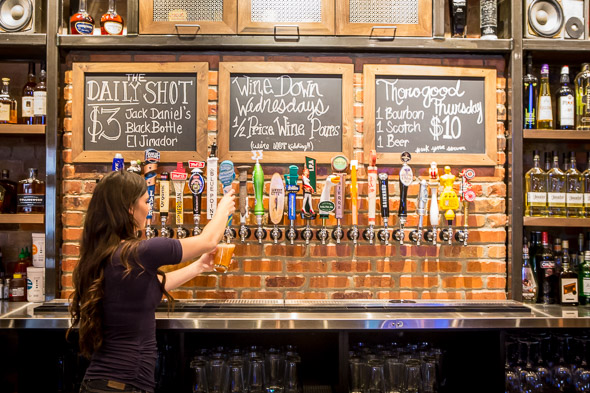 On tap you'll find two dozen beers (13 oz pours start at $5.50, pitchers range from $14 to $15), many of which will rotate to feature seasonal craft brews. Another 20 bottles and cans (from $5.50) round out the selection while cocktails including the watermelon mojito and berry bourbon lemonade can be had in single serving ($8.50) or for the table ($25).

The food menu is similar to the one at The Pour House and covers a breadth of bar foods; pub grub-style starters, tacos, nachos, poutine, wings, burgers, sandwiches and hearty British-influenced mains. 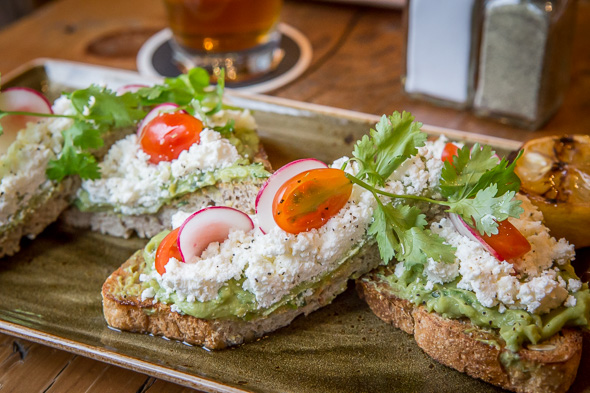 Avocado toast ($12) is featured as a starter, and hey why not? The open faced sandwich has already proven its versatility having become a fixture on breakfast, lunch and late night menus in this city.

Served two slices at a time, the base is ancient grain Fred's bread topped with smashed avocado, seasoned with lime, salt and pepper then finished with creamy ricotta , grape tomatoes, sliced radishes and sprigs of cilantro. 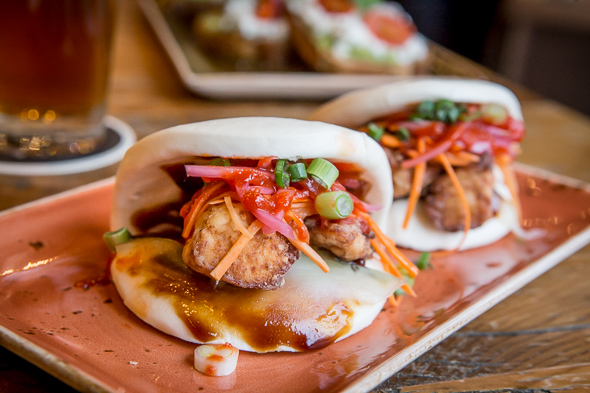 Also on the list of starters is a fried chicken bao ($13), morsels of deep fried chicken are nestled into steamed buns slathered with hoisin and sriracha sauce and topped with fresh carrots, green onions, house pickled cucumber and red onions. The toppings are flavourful, but the poultry could be more moist with dark meat in lieu of white. 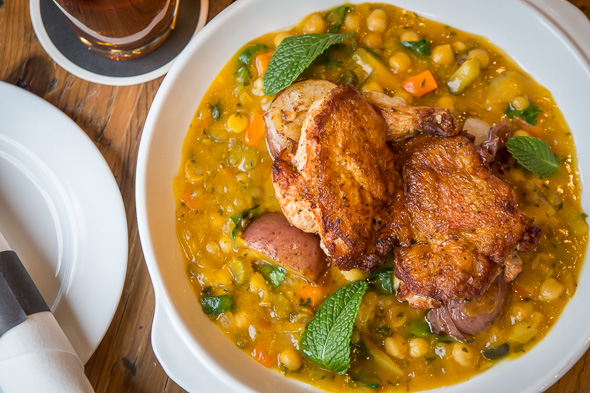 The brick hen ($19) is the dish that impresses the most. It's a comforting plate of harissa-marinated cornish hen pan seared under a weight to achieve a delightfully crispy and golden skin. It's presented over a hearty chickpea and lentil stew and studded with roasted red potatoes and Fresh mint. 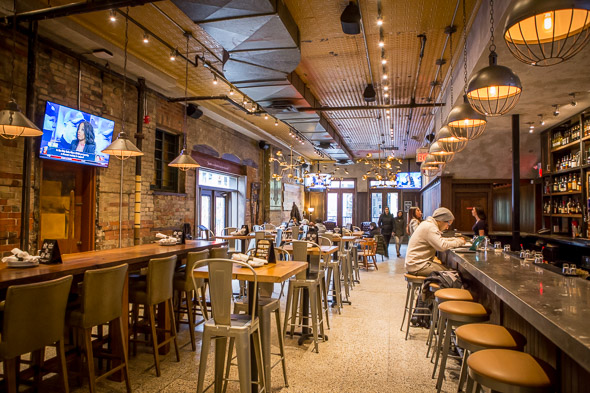 Obviously, the Dominion Pub & Kitchen isn't one of those places that gets patrons through the door with rock bottom food prices, but the daily drink specials are enticing. There's always something on special including a rotating $4 pour and $3 shots. 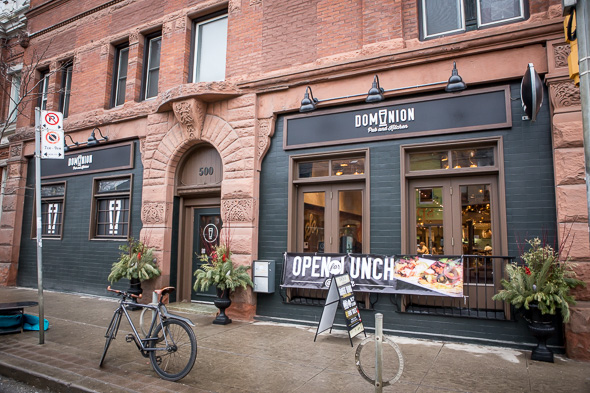