Domaine Mamo brings a taste of the Mediterranean to Mount Pleasant with a menu of French-Italian regional cuisine.

The seafood, pasta, pizza, and charcuterie options take inspo from the Mediterranean coastline and the Maritime Alps, a southwestern portion of the European mountain range on the French-Italian border near the Mediterranean. 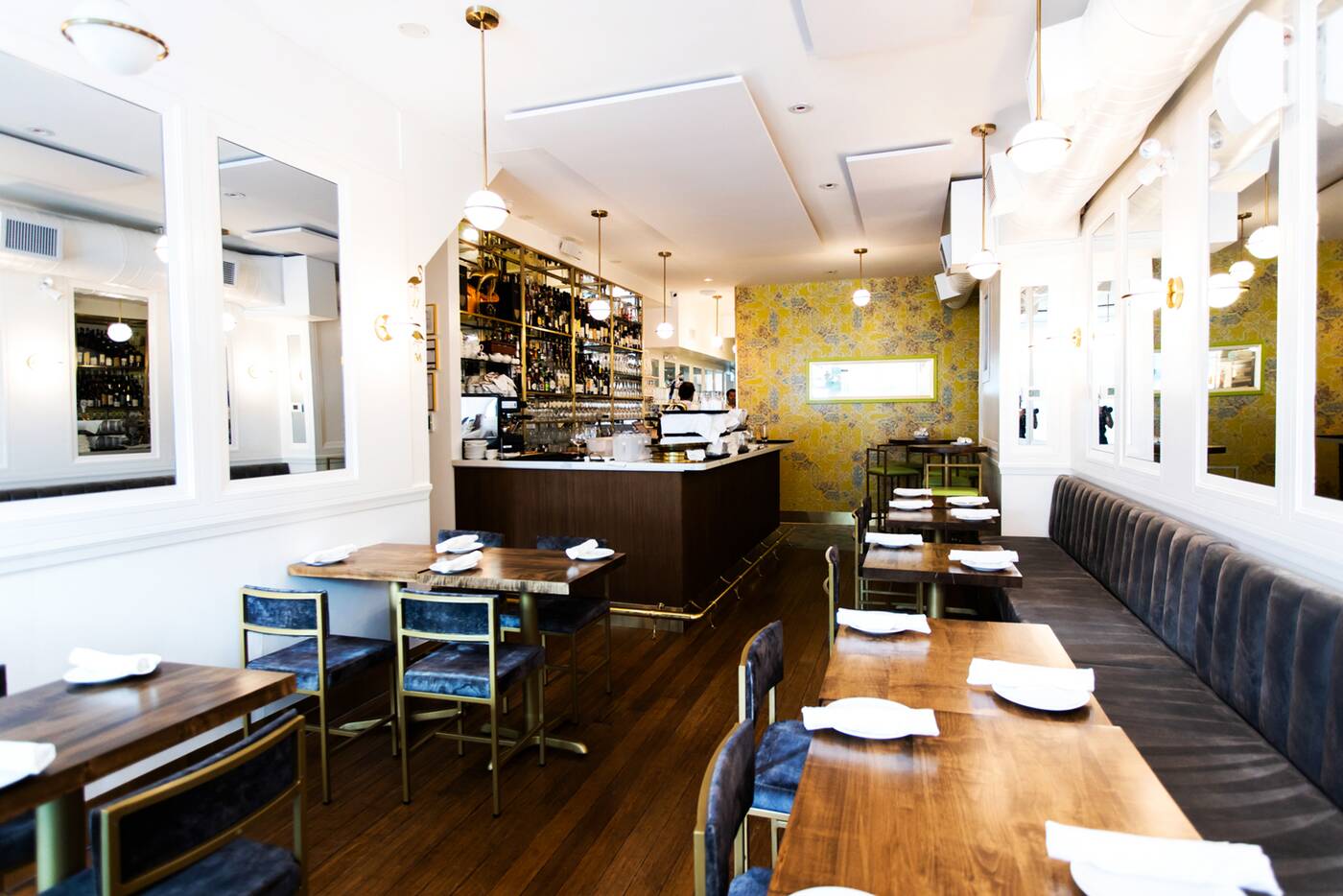 It's a fine balance between upscale and casual-chic inside of the restaurant with velvet-covered chairs and benches, clean white walls and gold stainless steel accents. 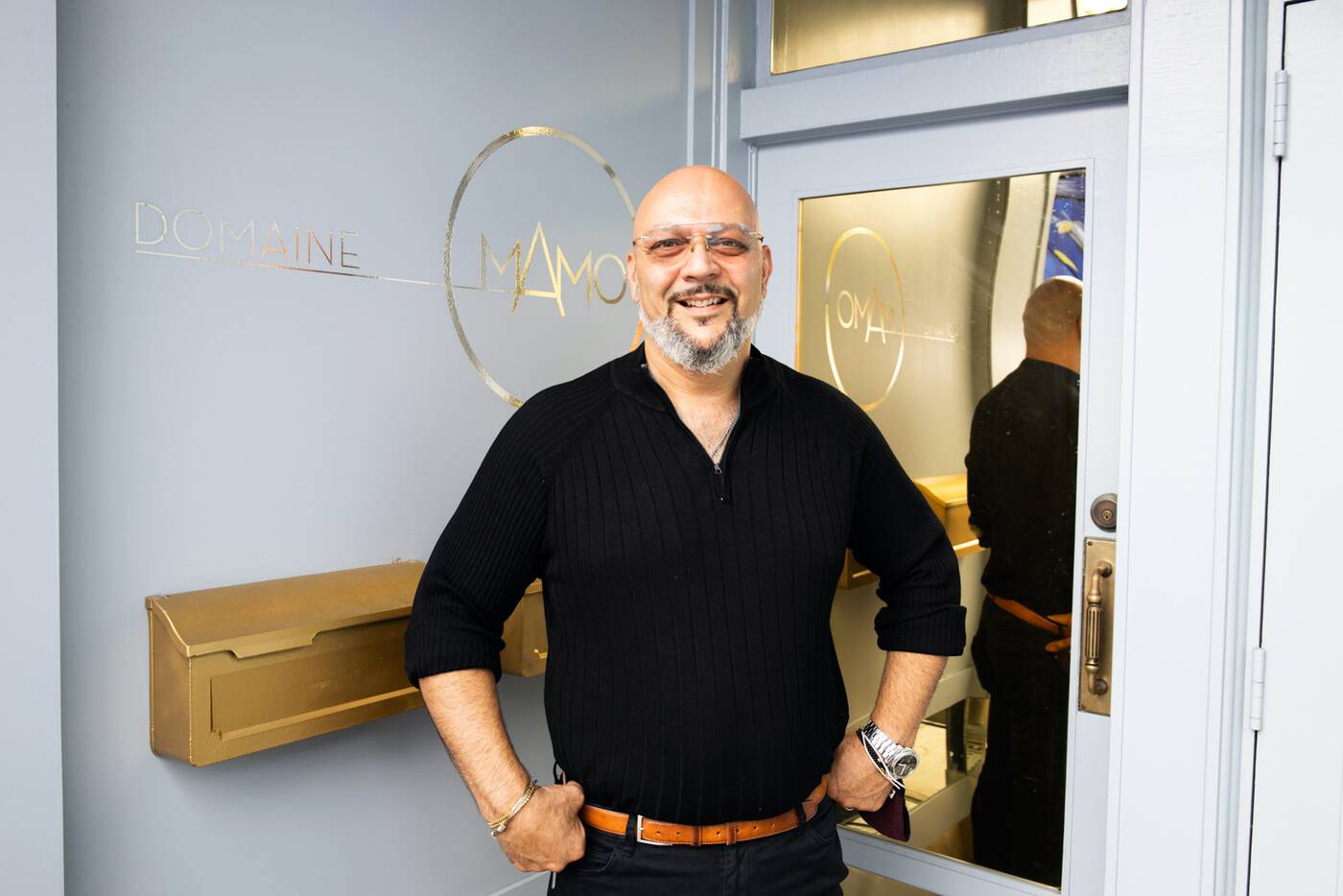 This is owner Robert Prete's latest step in a 30-year career as a restaurateur. He opened the southern Italian cantina-inspired Grazie Ristorante in 1991. Then, Coquine French bistro, before combining his love for French and Italian cuisine at Domaine Mamo.

Master chef Didier Leroy, who has worked at several Michelin-starred restaurants in Paris, has teamed up with Prete to put years of experience in French cuisine to use in the kitchen. 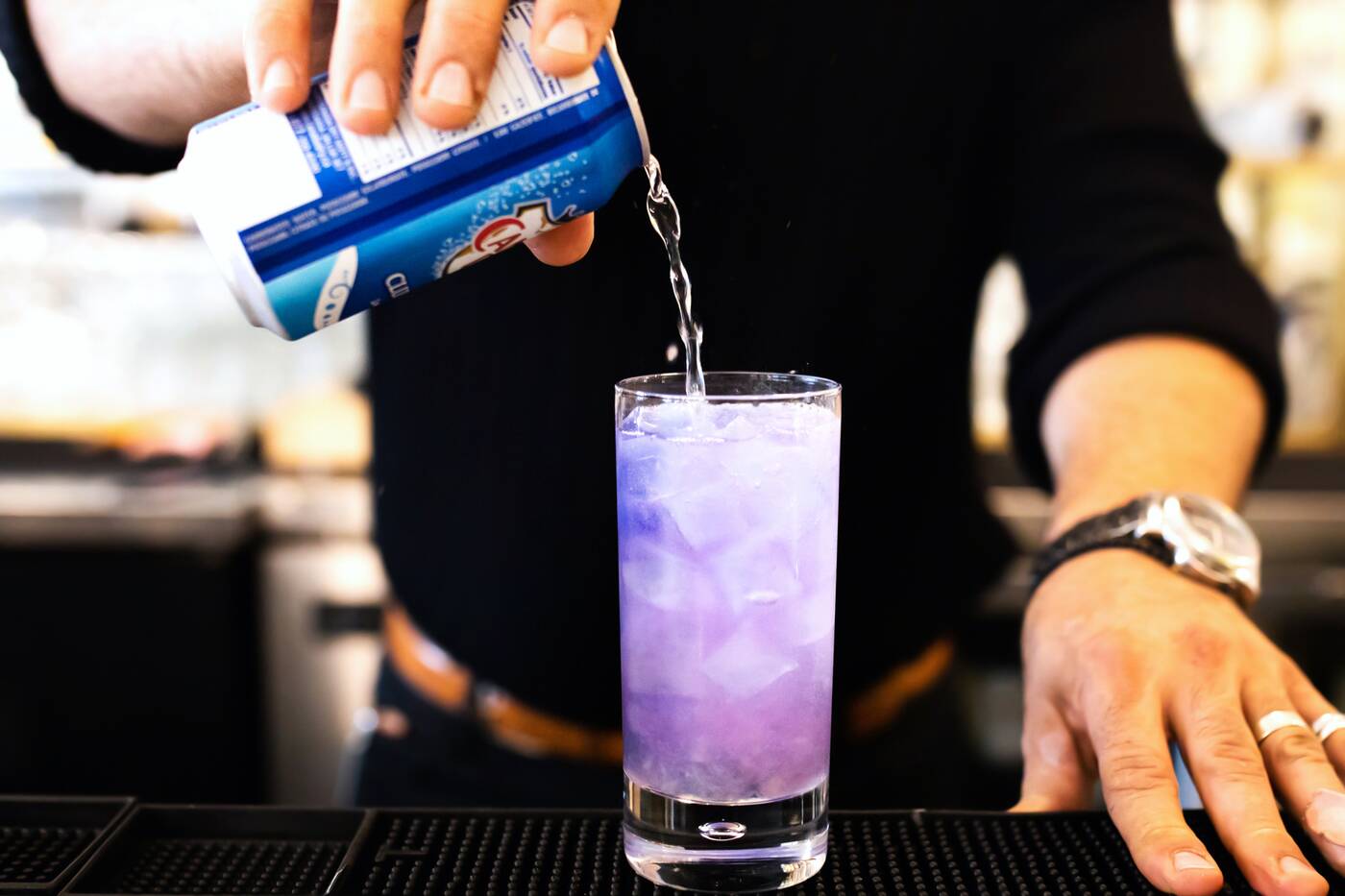 A list of apéros, short for apéritif, provides a good place to start your meal. Starting dinner with a cocktail and a few finger foods is a sacred custom in France, as is here. 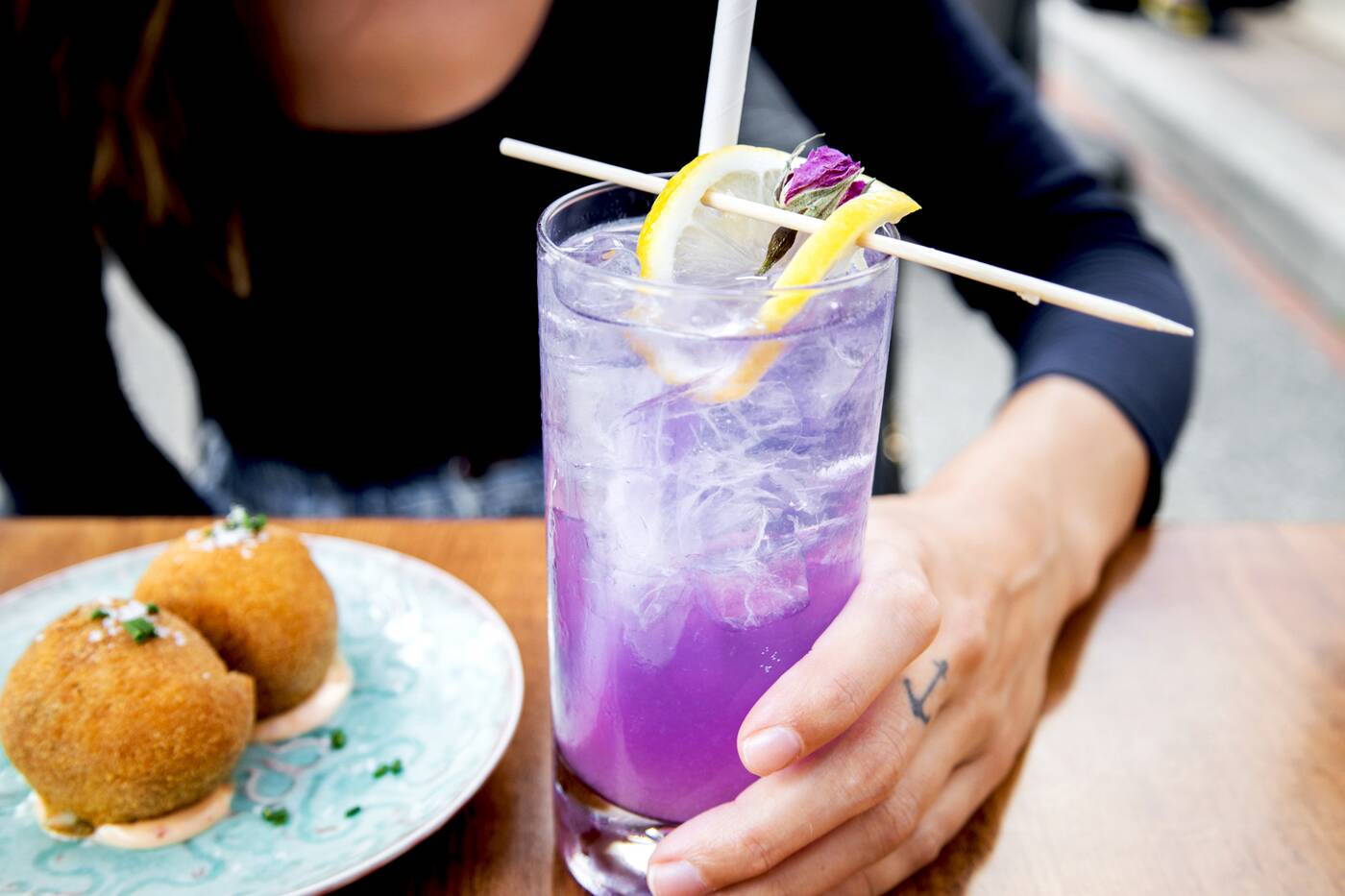 Prete whips up a few of his favourites on the drink list for us including the lavender Collins ($15) that takes Empress gin, lavender syrup, lemon juice and a splash of soda. 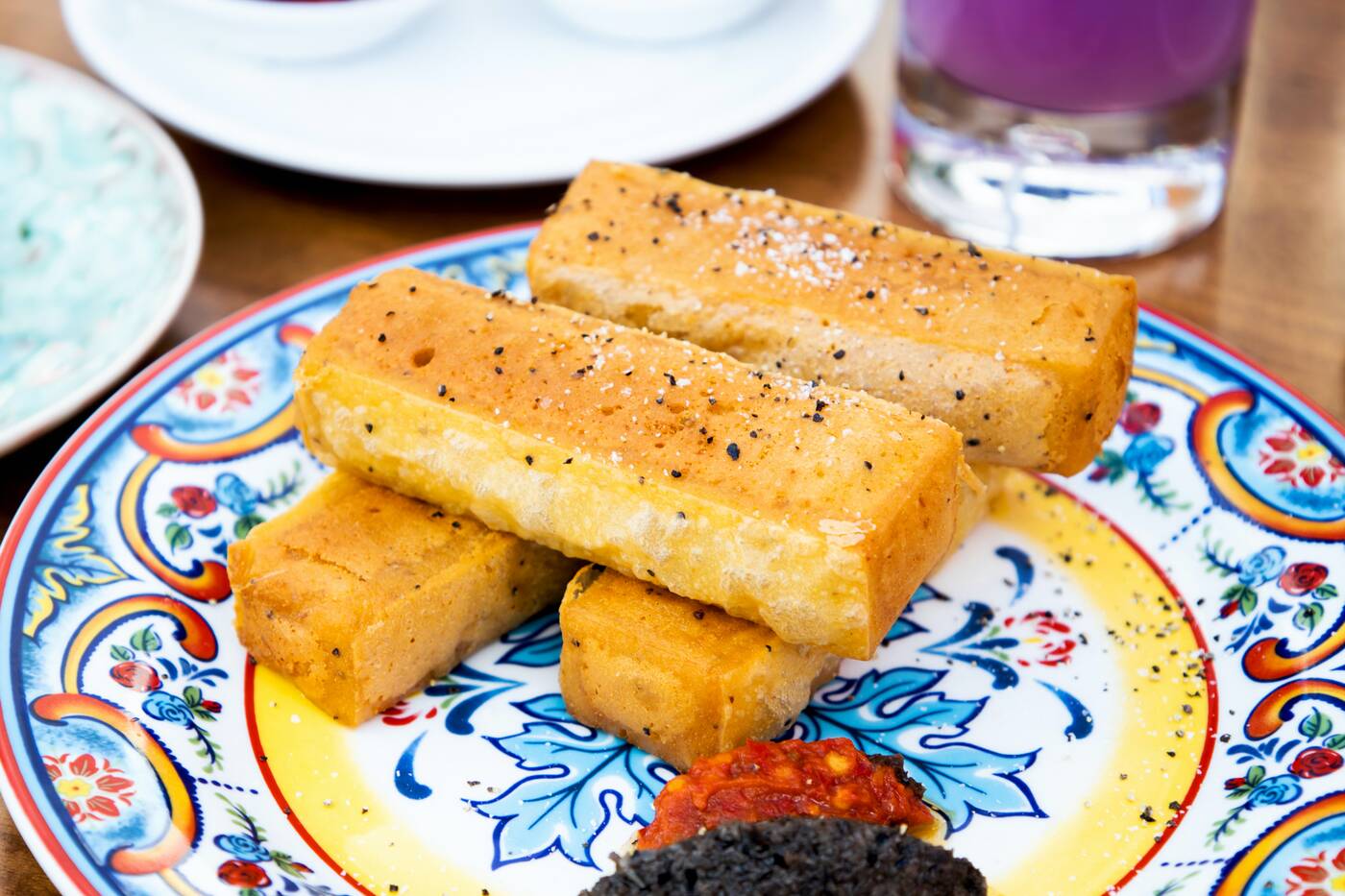 Panisse ($8) is one option when it comes to a before-the-meal snack. The chickpea fries from the South of France are made with chickpea flour and have a crispy exterior surrounding creamy, mushy insides. Olive tapenade and harissa go on the side. 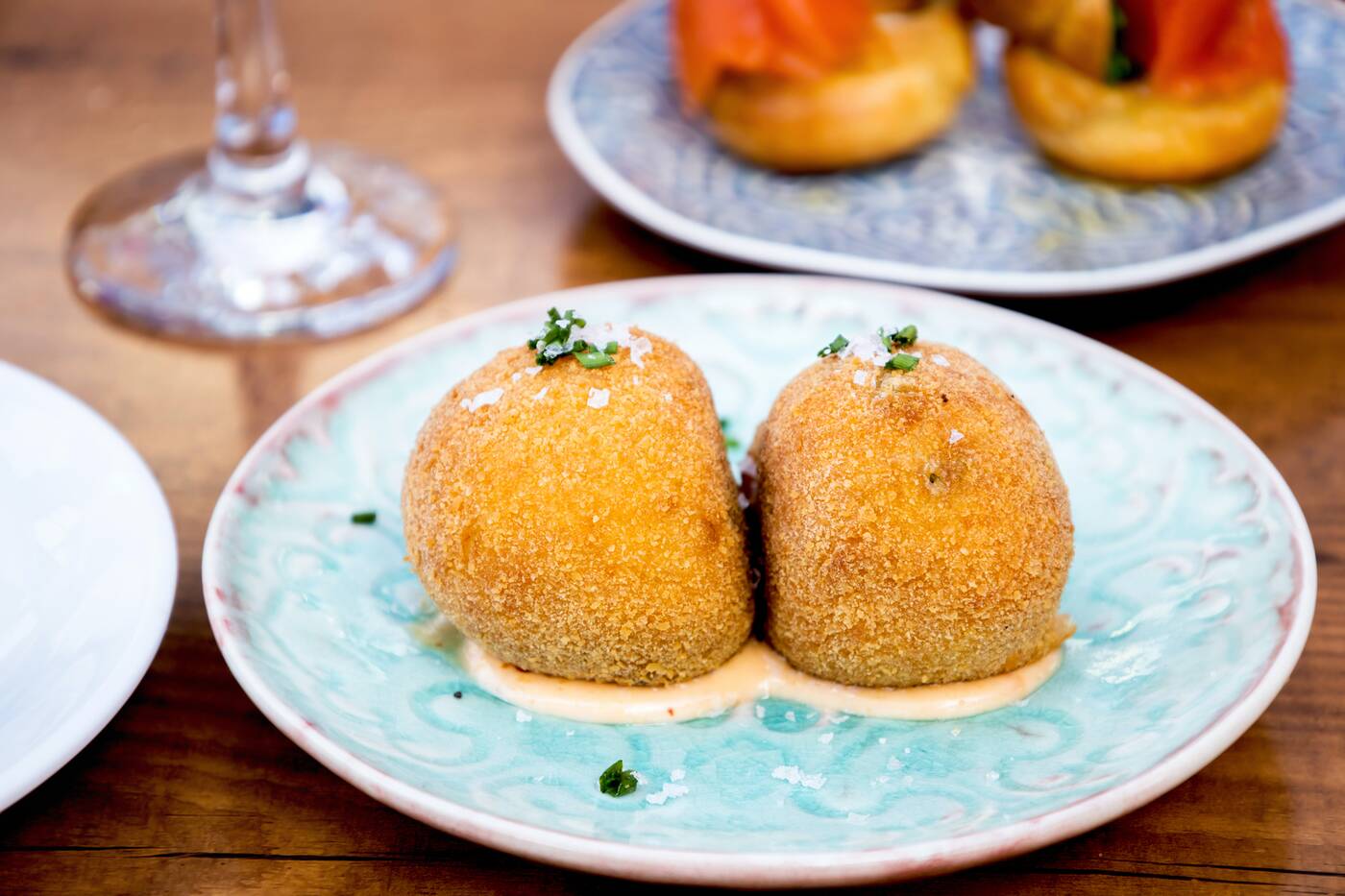 The type of croquettes ($3) on-offer switches up daily, coming filled with poached salmon, fingerling potatoes, tarragon, and mozzarella, on the day of our visit. 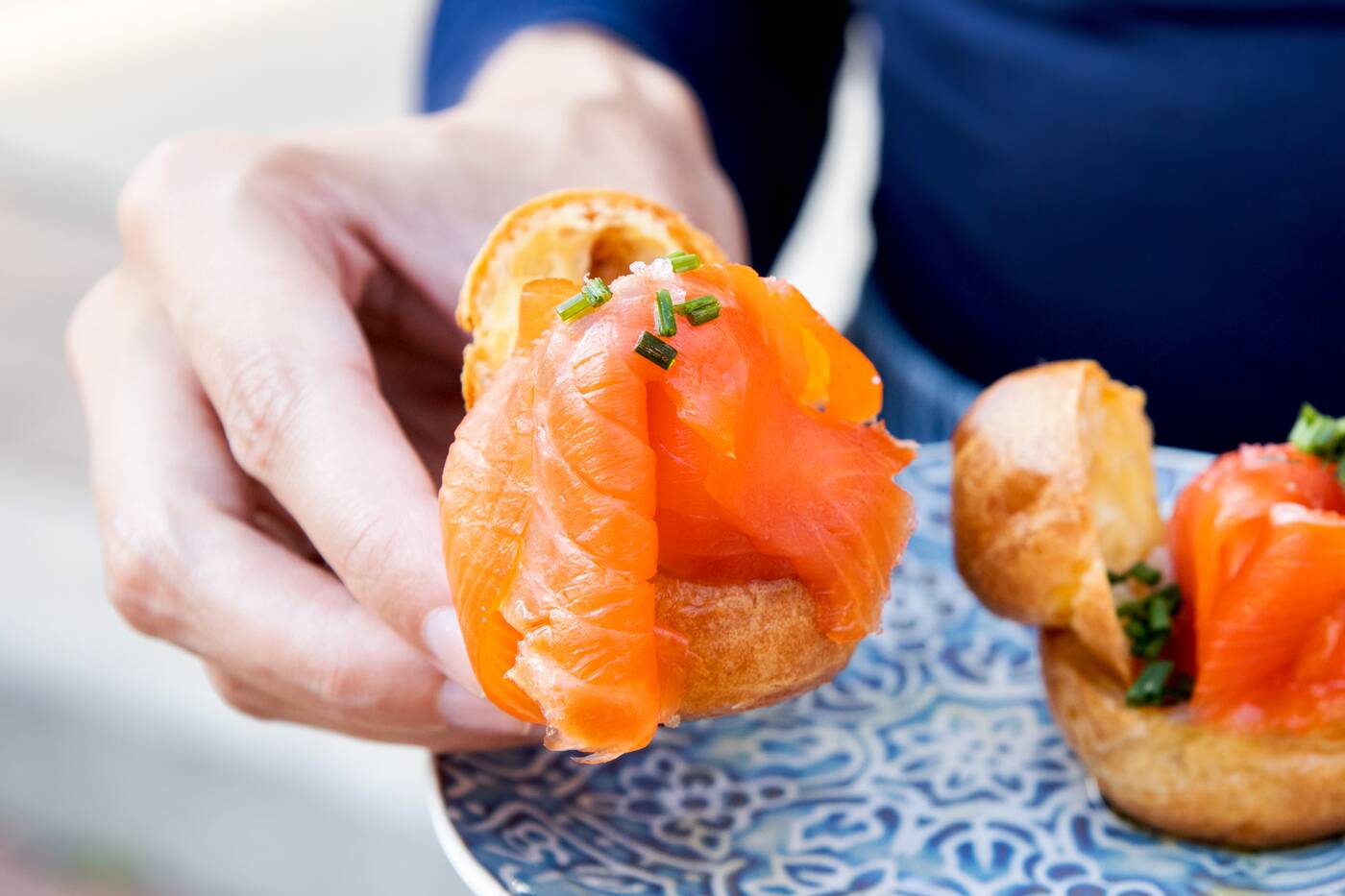 Petite choux ($5), popular in both France and Italy, is made here with smoked salmon and goat cheese mousse on a set of airy pastry puffs. Think of it as a savoury version of an eclair. 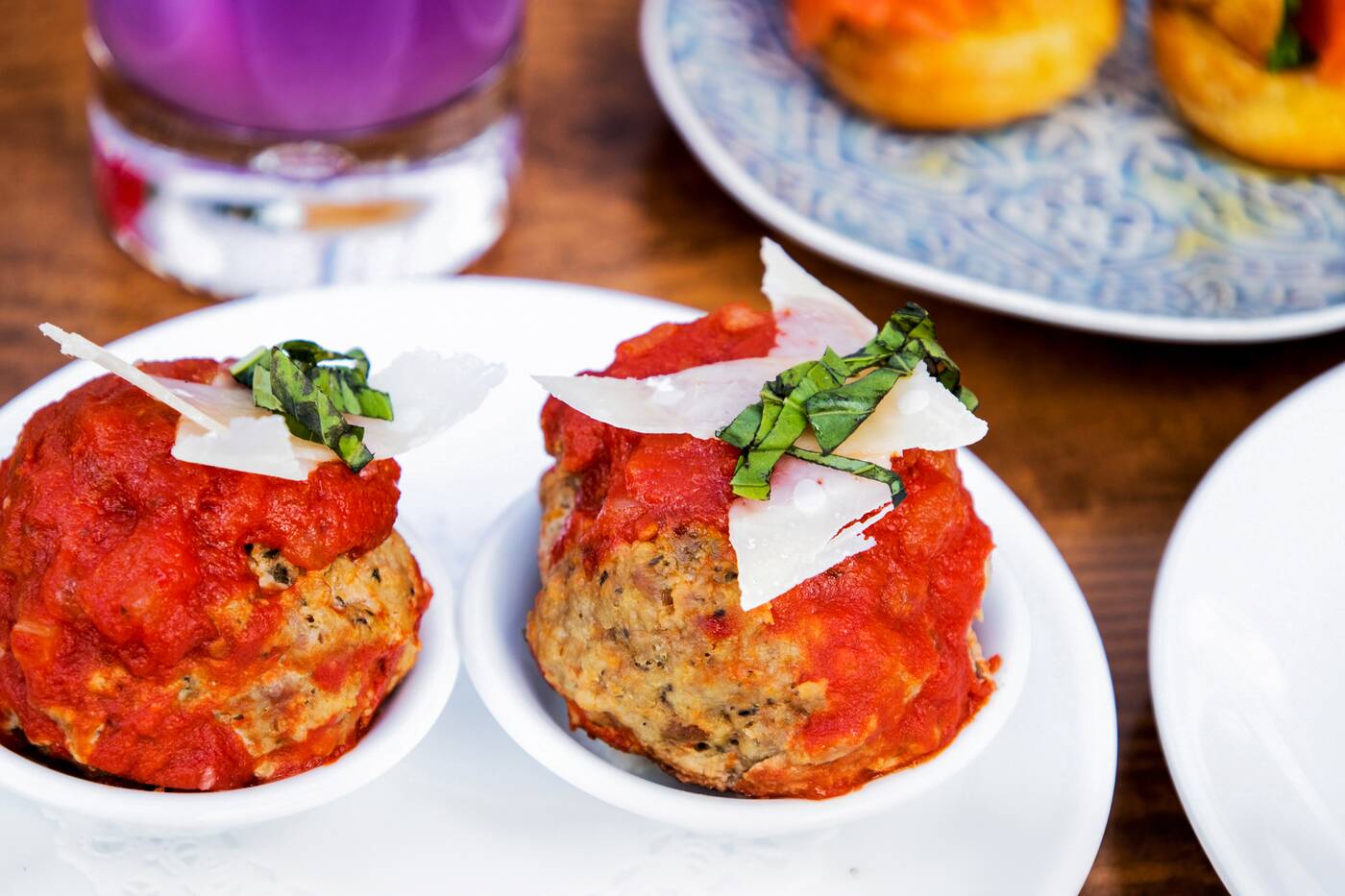 Another apéros worth mentioning is the polpette beef and pork meatballs ($5). Deriving influence from the Italian side of the coastline, the balls sit on a bed of ricotta and come slathered in a flavourful tomato sauce. 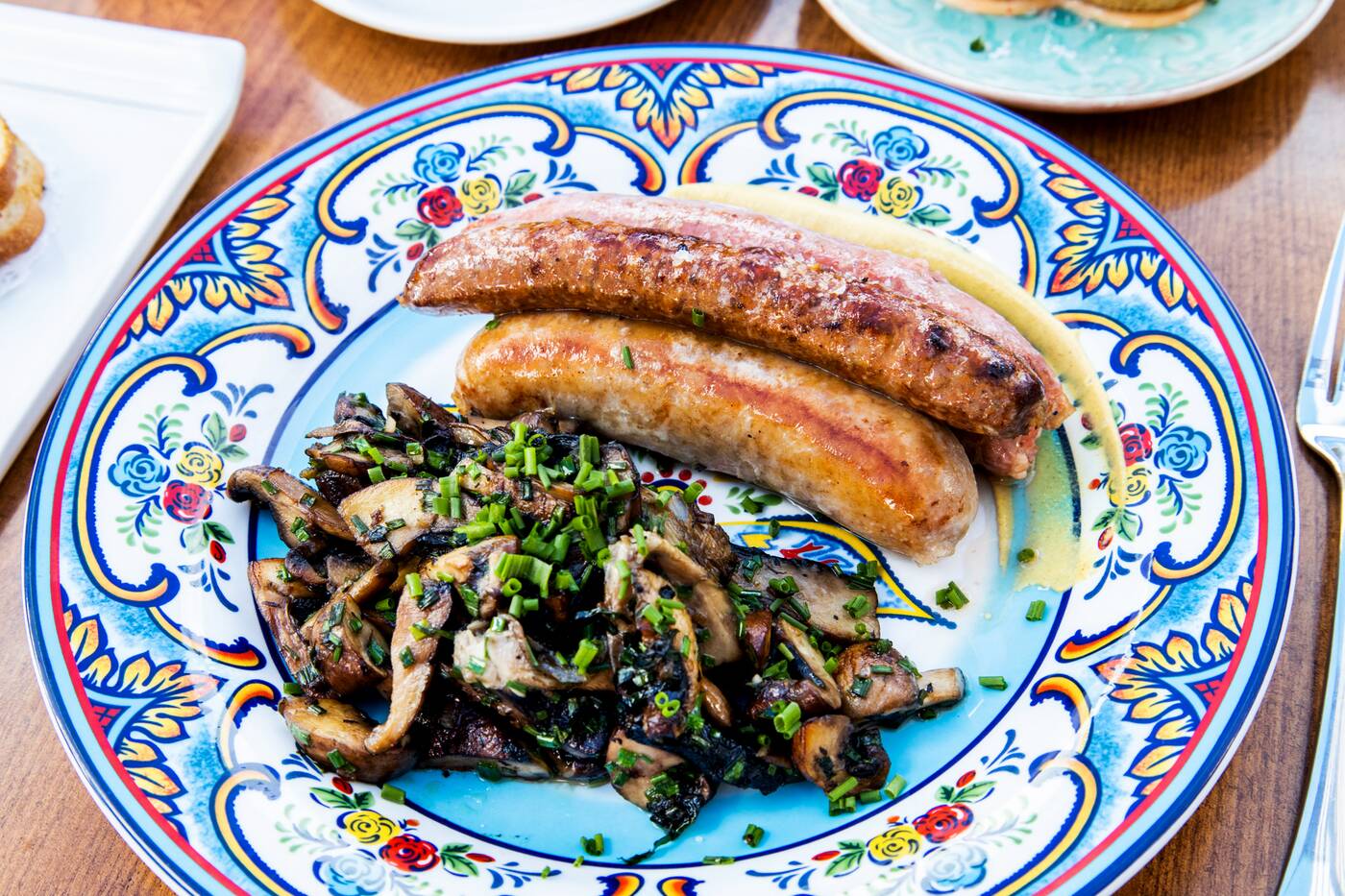 When it comes to mains, a section on the menu: "Montagne" includes meatier options found in the mountain regions of southern Italy and France. The saucisse ($20) will get you three kinds of sausage on a plate. 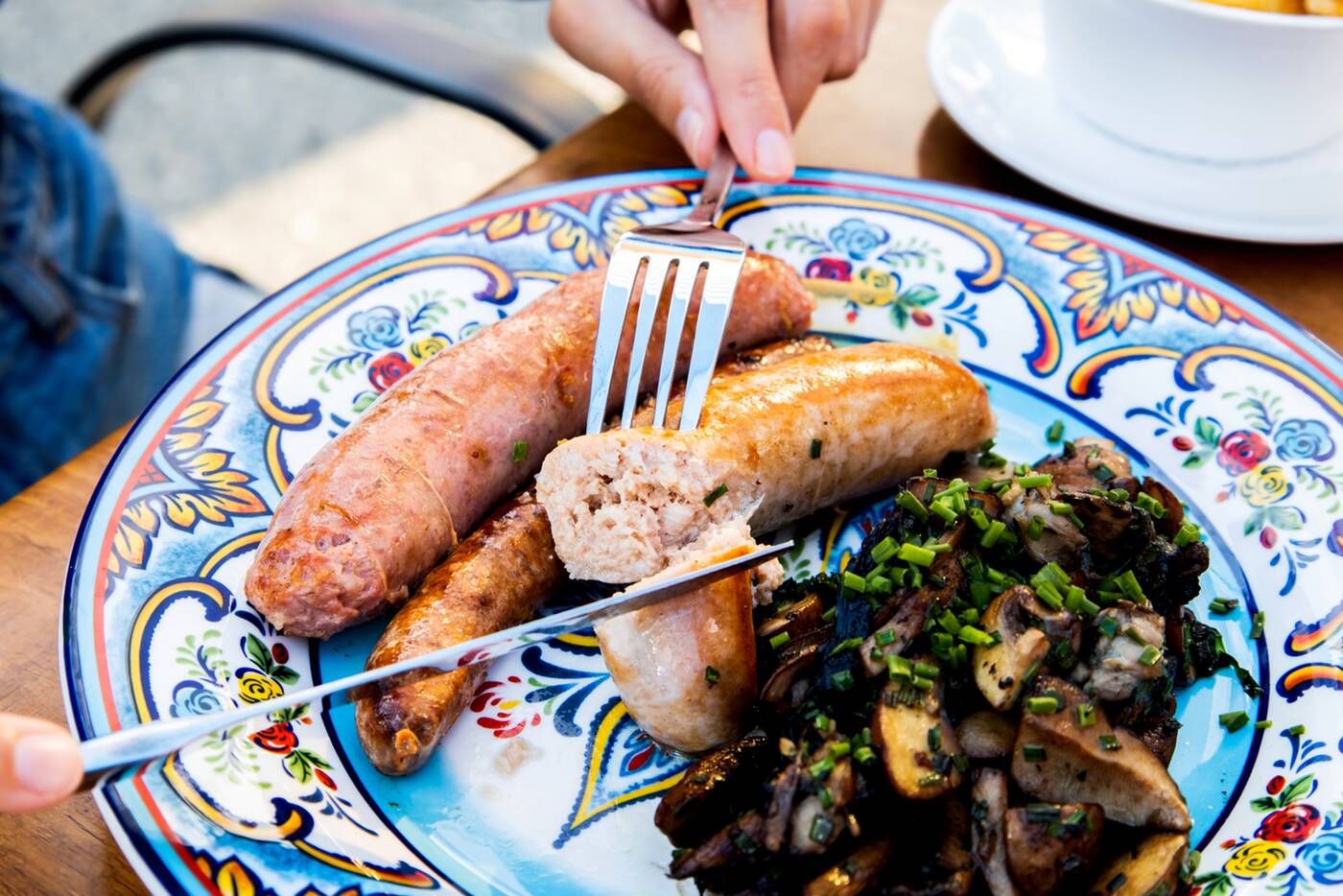 Merguez, toulouse and duck sausage are served with a side of dijon. It's unfortunate it doesn't come as a complete meal considering the cost, though mushrooms (shiitake, oyster and portobello) dressed in garlic and pecorino cheese can be added for an extra charge ($15). 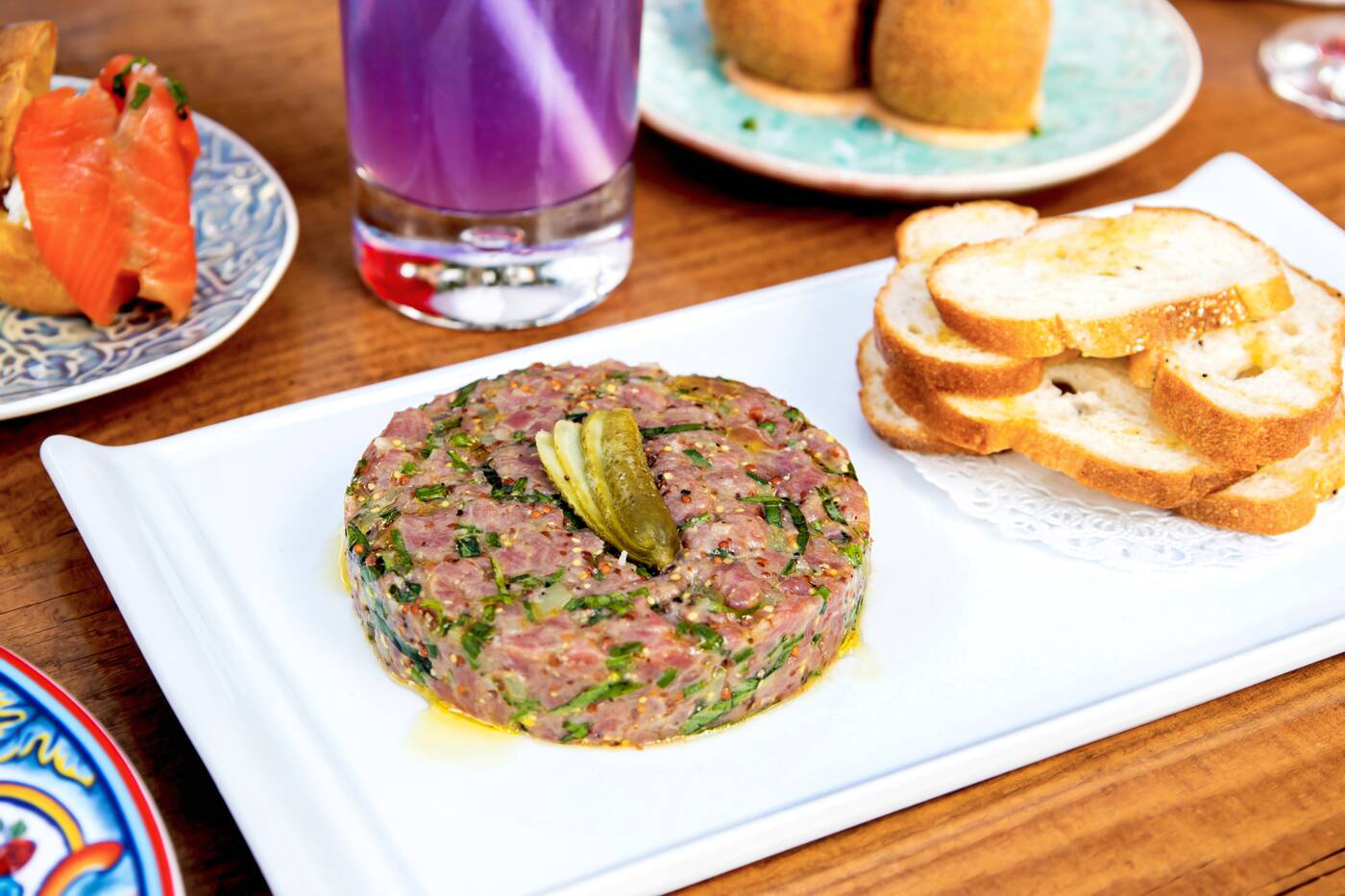 Tartare de boeuf ($22) is made here with beef tenderloin, gherkins (also known as tiny pickles), capers, grainy mustard and toasted baguette. The usual raw egg yolk garnish is missing, but the cut of beef works overtime to provide the right amount of fat for flavour.

Although it's hard for me to tap into the longtime European custom of eating raw meat, I give it a try. After a few bites, I've decided to stick to enjoying my tenderloin in the form of filet mignon. 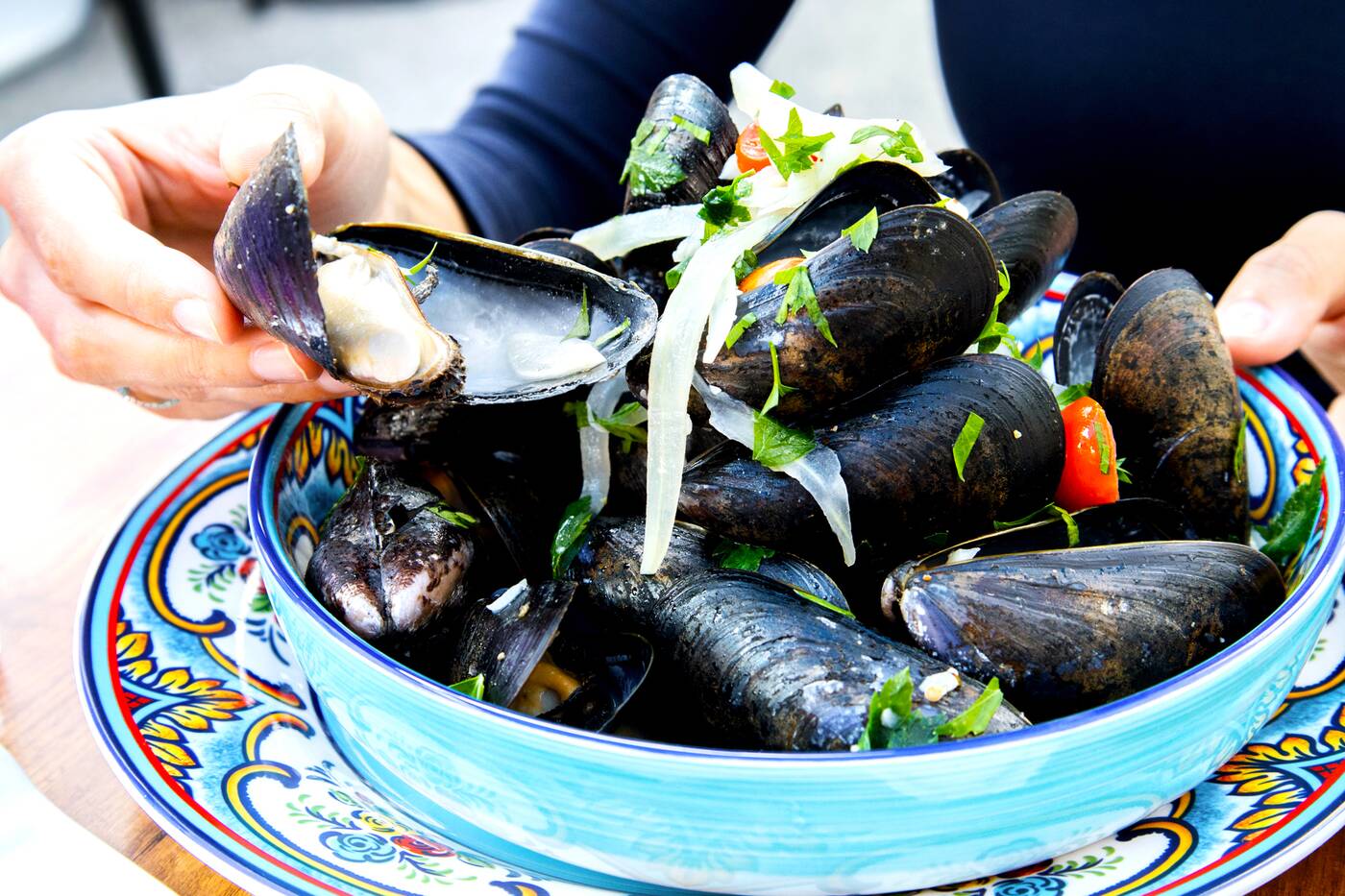 It's hard to imagine Mediterranean cuisine without seafood, with plenty of dishes of the region making use of the myriad of fish found in the body of saltwater, and Domaine Mamo follows suit.

Moules Provencale ($18), which originates out of the region of Provence in southeastern France as the name suggests, soak in a white wine sauce of tomatoes, fennel, garlic and parsley. 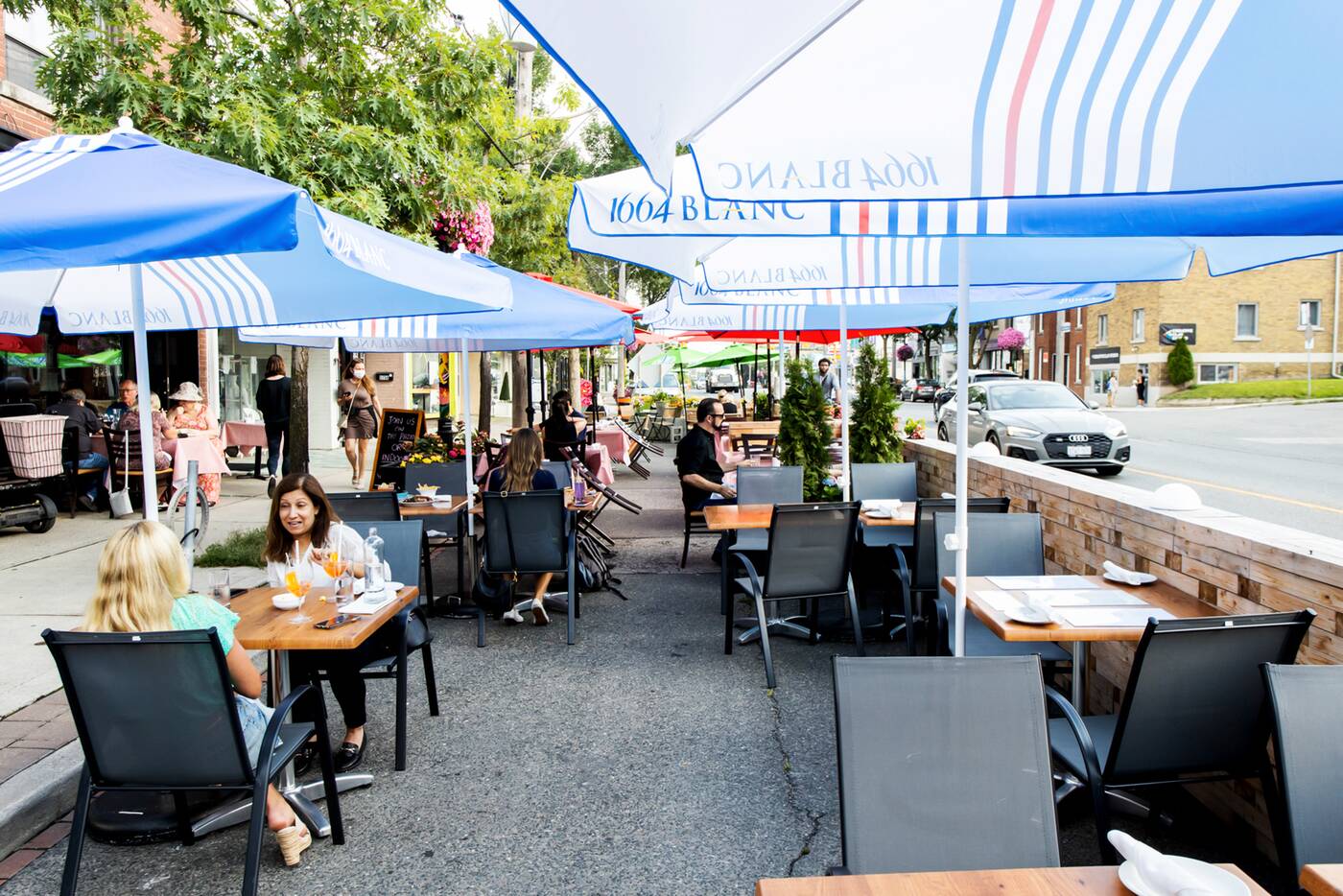 We weren't able to get around to trying the pasta and pizza on the menu, which means we'll have to come back to their covered front patio before long. 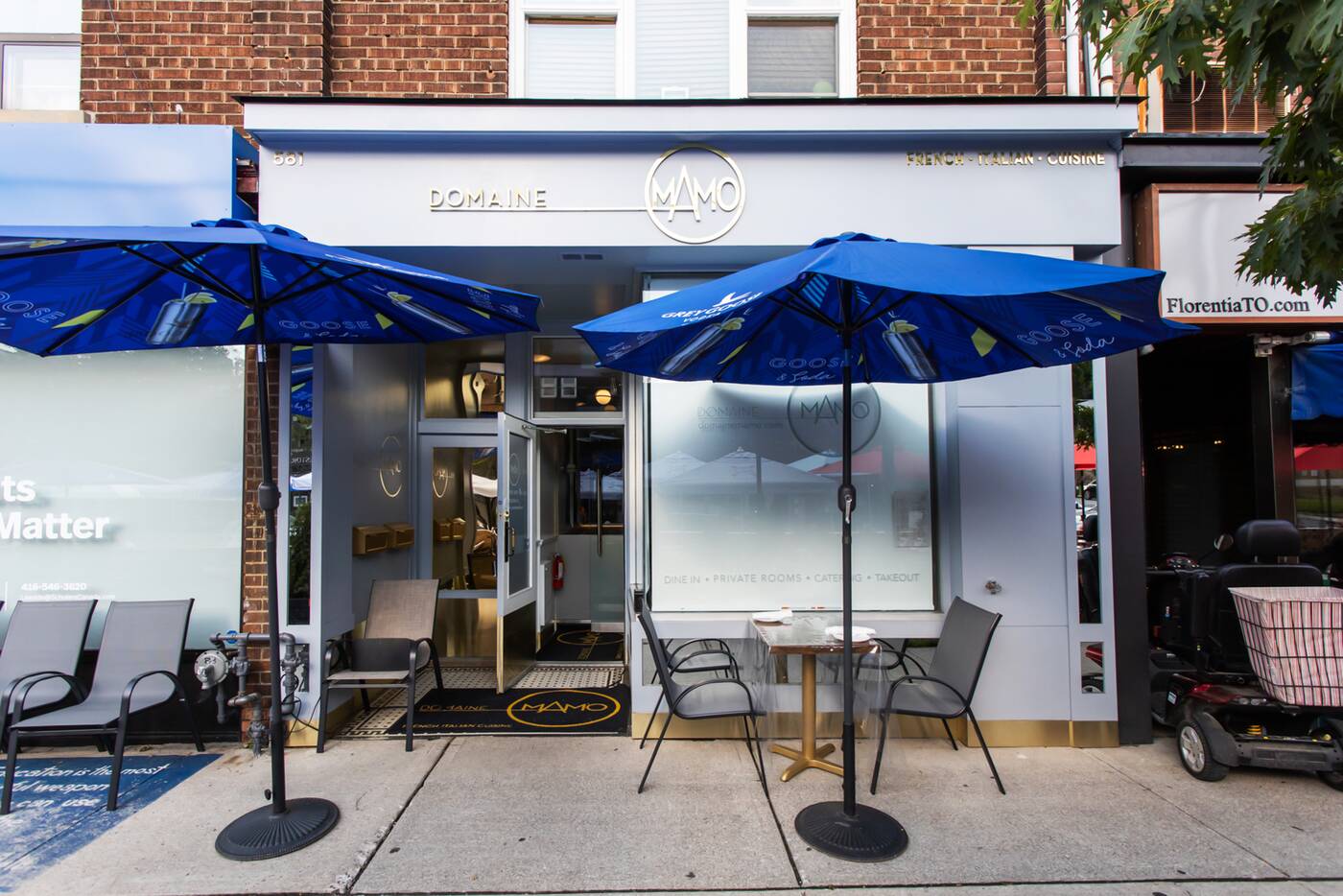