Diwan is the fine dining restaurant at the architecturally-photogenic Aga Khan Museum . The 85-seat rectangular room is filled with natural light thanks to floor-to-ceiling windows that offer views of the equally picturesque park and adjacent Ismaili Centre .

Befitting a restaurant in a museum that features Islamic art and culture, the dining room is outfitted with 19th-century hand-carved and painted wooden panels that originally came from a room in Damascus, Syria; some of the panels contain a poem written in an old dialect of Arabic, which suits the space since "Diwan" is a Persian word with many meanings - one being a collection of poetry. 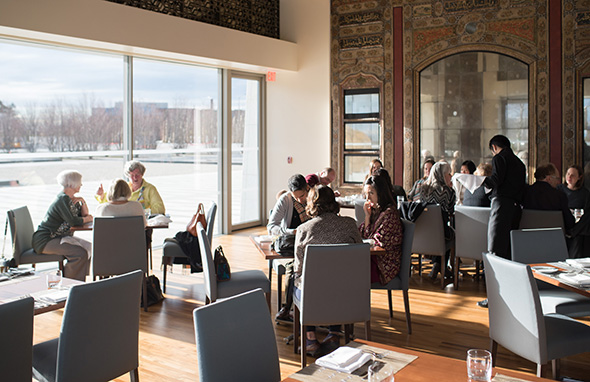 Food and beverage manager Mike Berlanguet ( Auberge du Pommier , Far Niente ) recruited chef Patrick Riley ( Amuse , Far Niente , Four ) to create the menu, which has a bit of a Bedouin mentality. Riley, who was born in Singapore (his father was a Canadian diplomat), is half Lebanese, and his mother's and grandmother's kitchens had an influence on his palate. 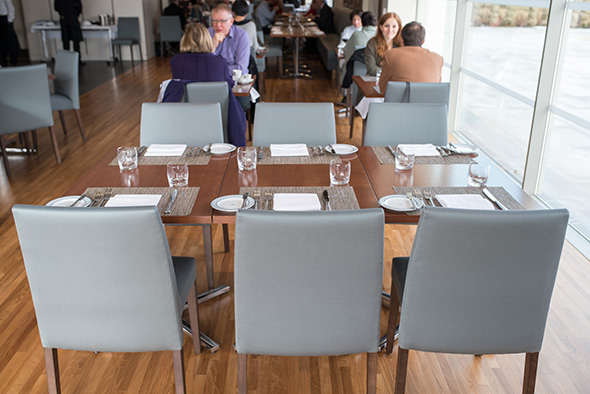 Herbs, spices and aromatics are used to build vibrant flavours that are exciting to eat, and tastes of different cuisines from Islamic cultures, including "restaurantified" versions of traditional dishes from North Africa, the Middle East, Central Asia and the Indian subcontinent, are represented. 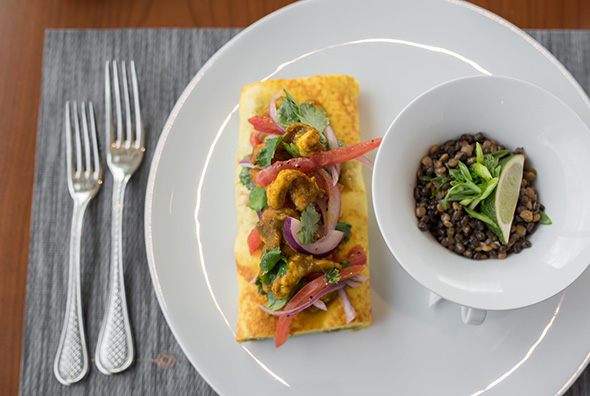 On the lunch menu, there is the open-faced prawn kati roll ($16), an upscale version of a popular street food in India. A paratha and egg omelette is topped with tamarind prawns, tomato, chopped onion and cilantro, and is served with a side of sprouted dal salad. 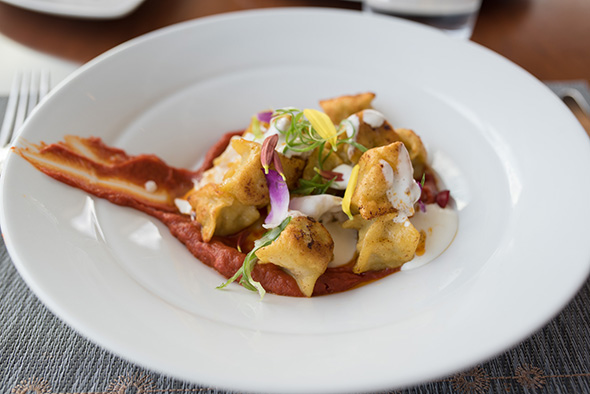 Manti ($15), or Turkish-style handmade dumpling-like pasta parcels, are filled with spiced, minced lamb, and they're accompanied by tomato sauce, whipped yoghurt, a zesty herb butter and colourful flower petals. The presentation is beautiful and the taste matches its look. 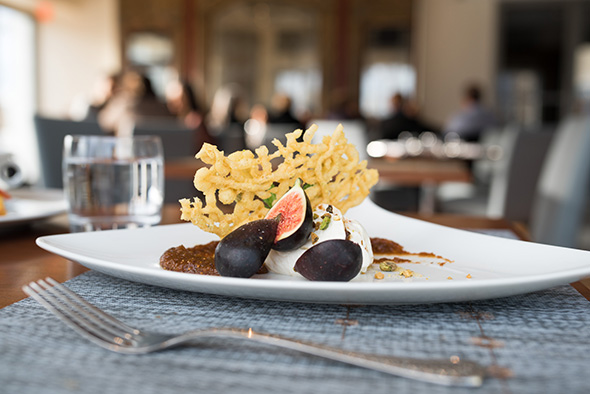 A Persian dessert offered on the dinner menu is Zoolbia-e Anjir ($8), which is a crisp saffron pinwheel fritter dusted in pistachio sugar that's served with fig jam, thick cream, salted fresh figs, crushed pistachios and Sabalan honey. It's an intriguing yet satisfying combination of crunchy and smooth textures with sweet and sour flavours. 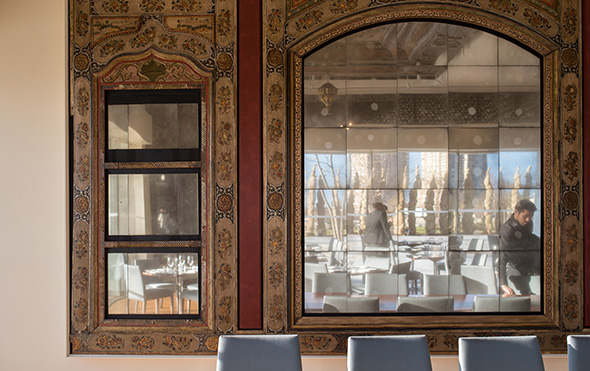 There are halal and vegetarian options for customers with these dietary concerns, but since the museum is actually a secular institution, decisions about what is served are not entirely based on religion. The restaurant is licensed (although there isn't a physical bar built anywhere when we visit). For now, there is a barebones beer and wine list (they're working on expanding the selection), and no cocktails. 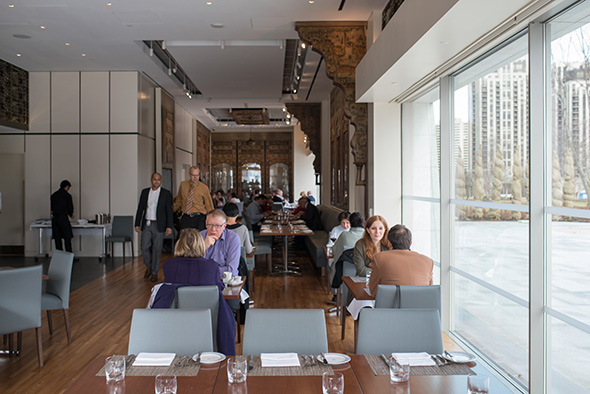 They are also in the process of importing Lebanese tea and sourcing authentic utensils for tea service, as well as adding Turkish coffee to the beverage options. These will be a welcome addition, as will a 100-seat patio where charcoal-grilled meats will be cooked outdoors in the summer. 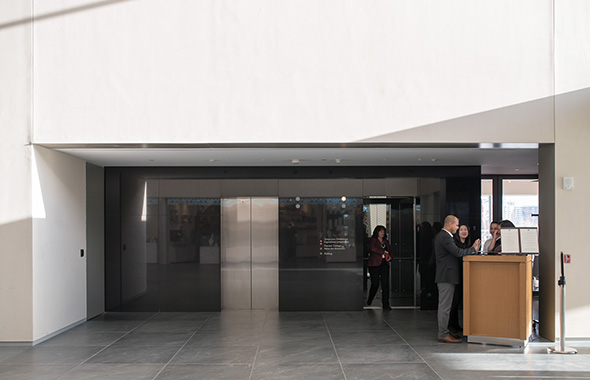 Although Diwan is part of the museum, it also aims to serve the city as a standalone destination restaurant. It's open for dinner even after the museum is closed, and patrons don't need to pay museum admission to dine here. This isn't really the kind of place you just happen upon though (unless you're visiting the museum) - you have to know it's there. It might be a bit of a trek to Don Mills and Eglinton if you don't live in the area, but it's a worthwhile journey. 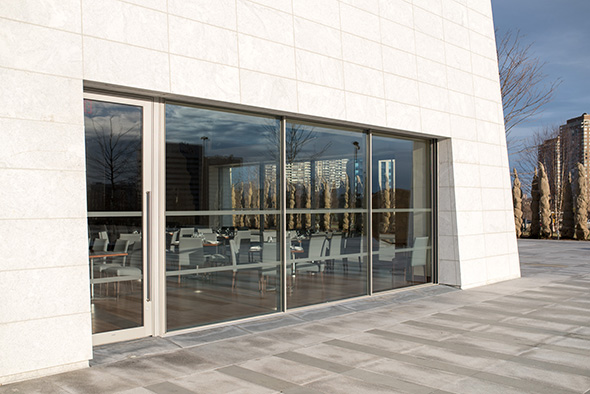