Dasoni is currently open but their offerings and services may be affected due to the pandemic. Please contact the business directly for more information about any changes. Is this your business? Please contact us if you would like to update this message.

Dasoni is a Korean restaurant serving up massive spreads of traditional home food. This cozy restaurant specializes in Han Jung Sik, or Hanjeongsik: a multi-course meal that's served all at once.

Traditional hanjeongsik was reserved for royalty and aristocrats, but over the centuries has become incredibly popular in Korea, though much less so in Toronto, where Korean cuisine is still pretty limited to gamjatang, bibimbap, and BBQ. 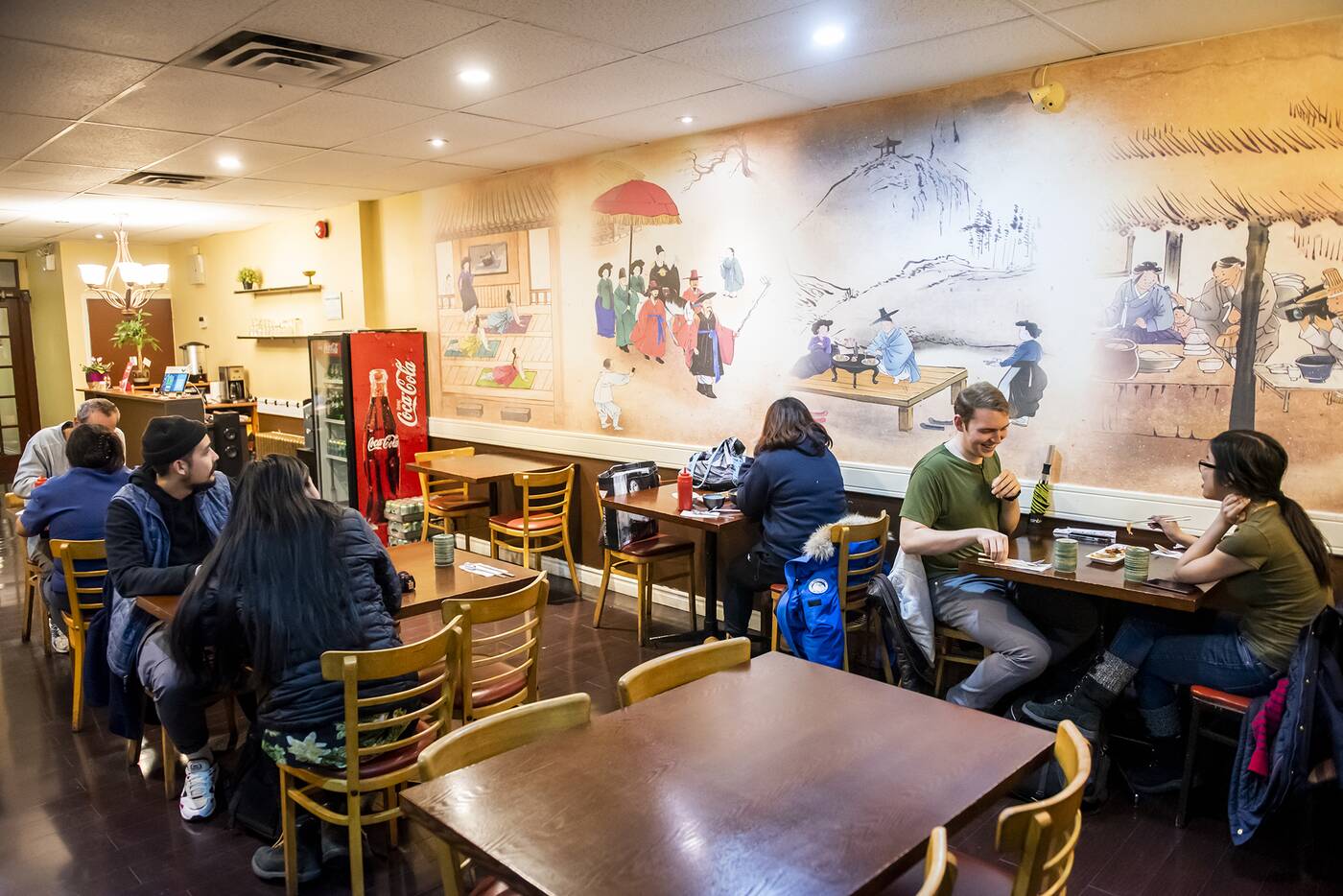 Owner Seungki Son, who runs Dasoni with his mother, says that hanjeongsik is often compared to table d'hote, essentially a prix fixe, where dishes are pre-determined at a set price. 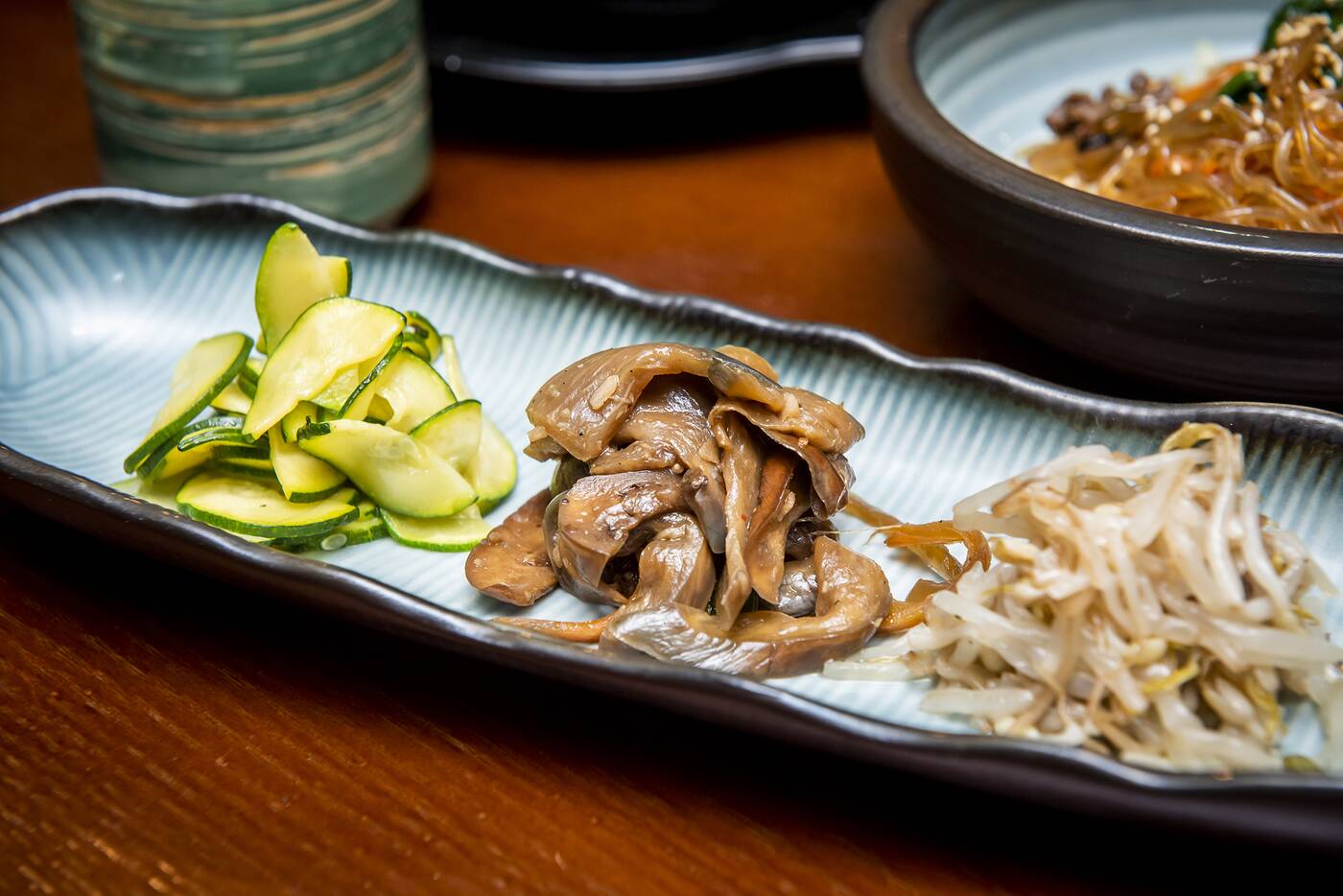 French prix-fixes usually don't come with 12 dishes, though, which is really what makes this whole ordeal so impressive.

An order of one Han Jung Sik, which is enough to split between 2 people, costs $30, and comes with an array of delicious homestyle Korean food. 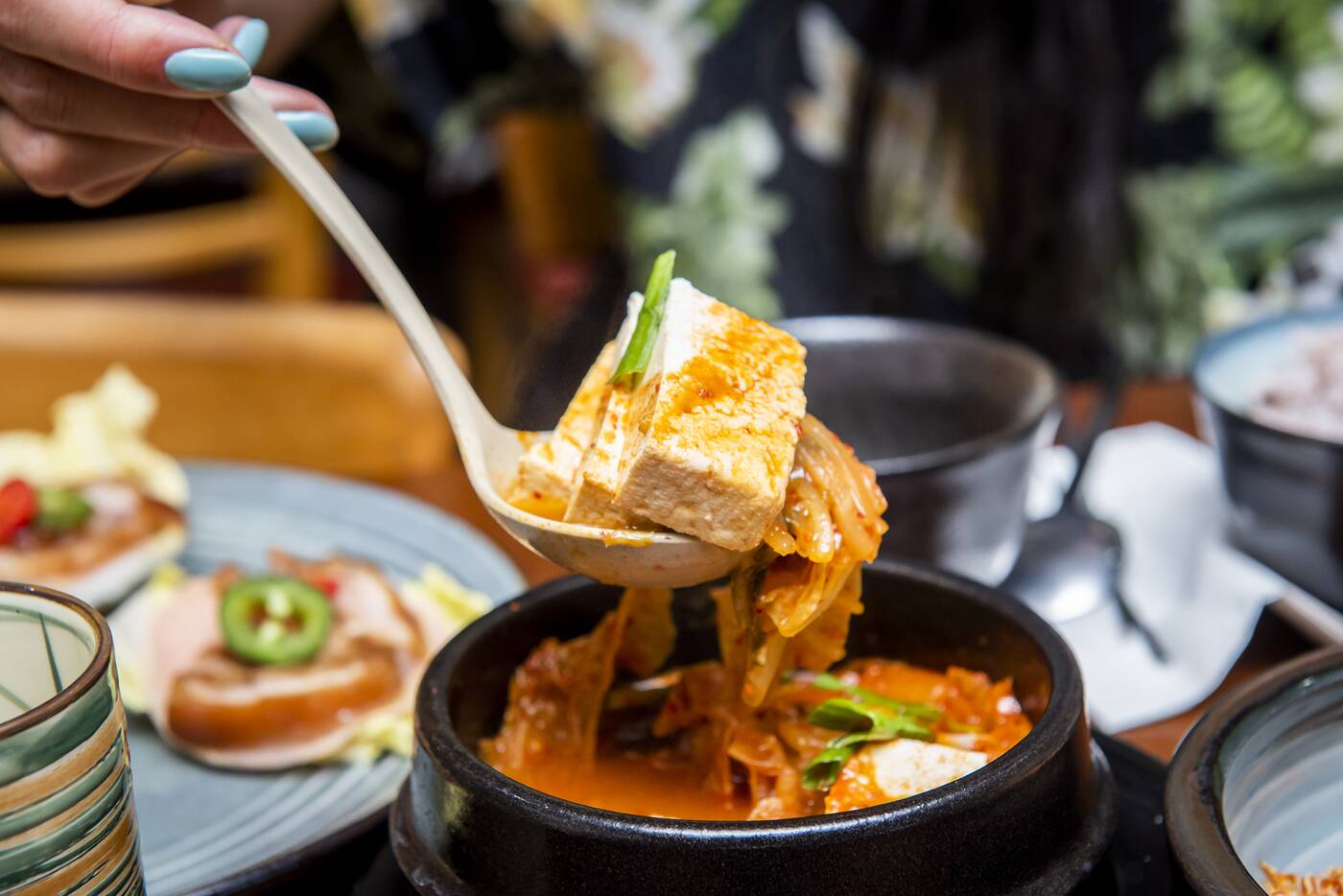 The downside: it's a minimum order of two Han Jung Sik sets, meaning it's best to come here with 3 or 4 people to split it all.

Everything arrives on a cart at once, and barely leaves room on the table for your cellphone (you'll definitely want to take a picture of this spread, though). 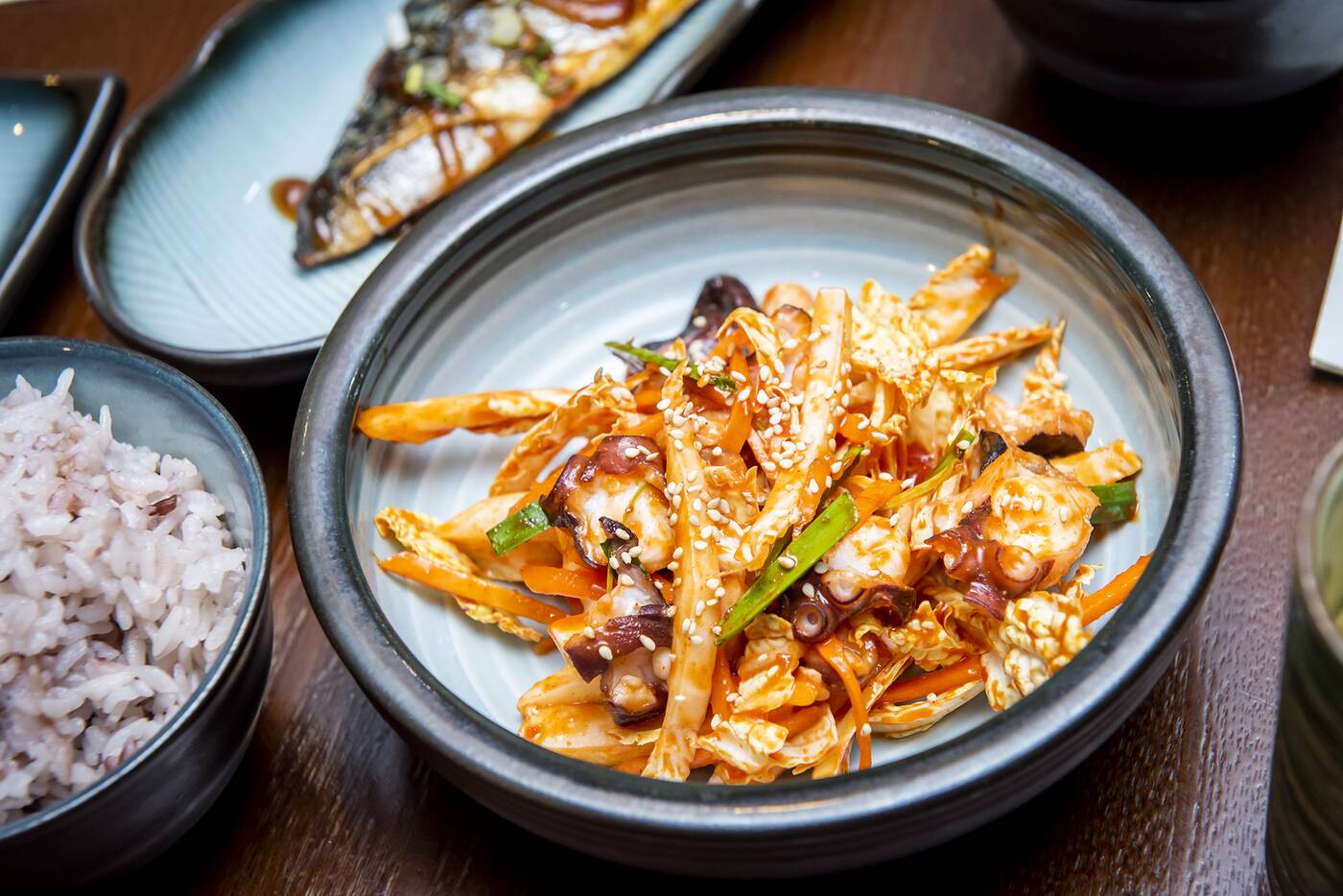 You'll find some usual banchan offerings like housemade kimchi, japchae (the stir-friend glass noodles with beef and veggies), and namul, a mix of seasoned bean sprouts, zucchini, and eggplant. 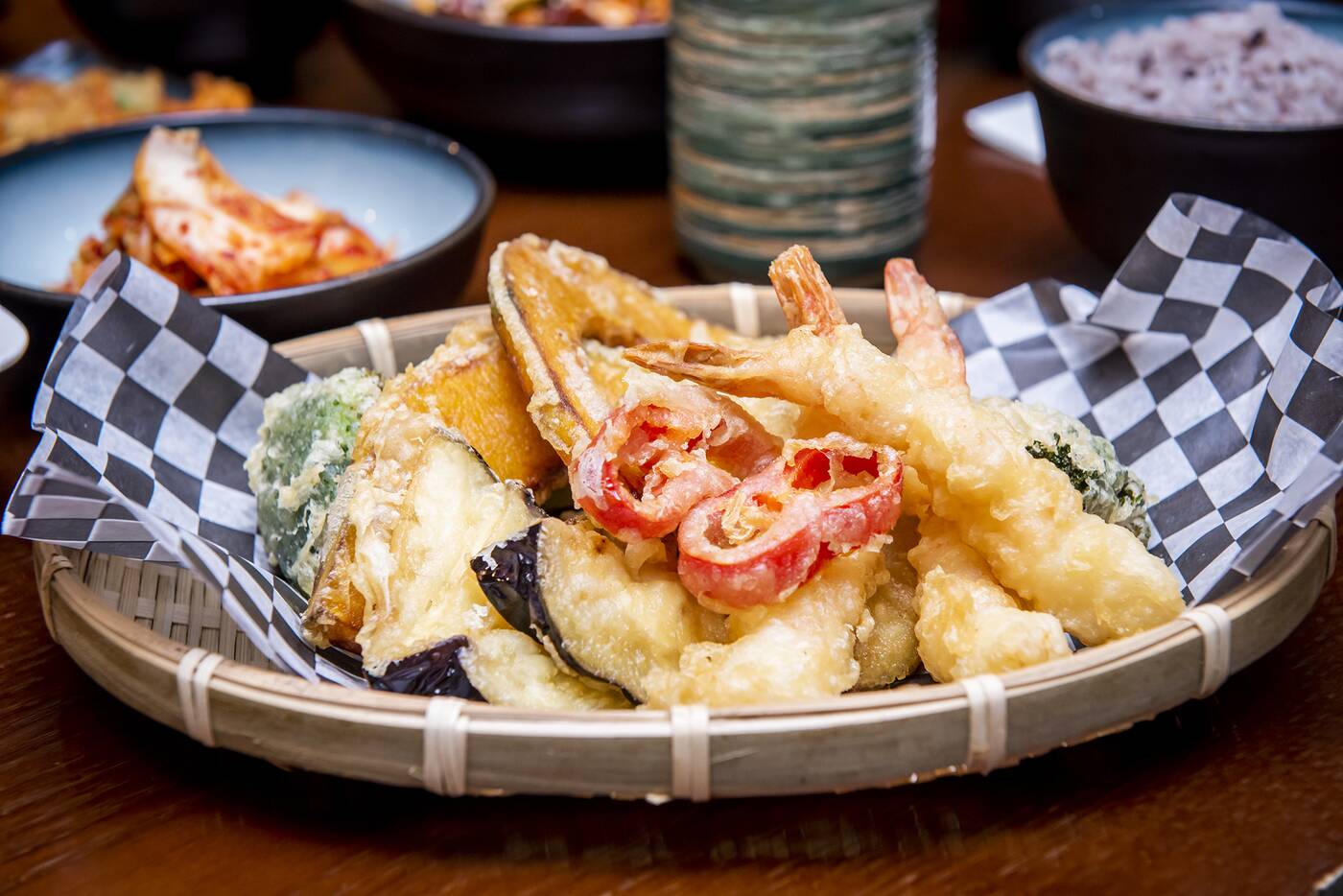 Tempura comes with a nice selection of shrimp, pumpkin, yam, and broccoli. 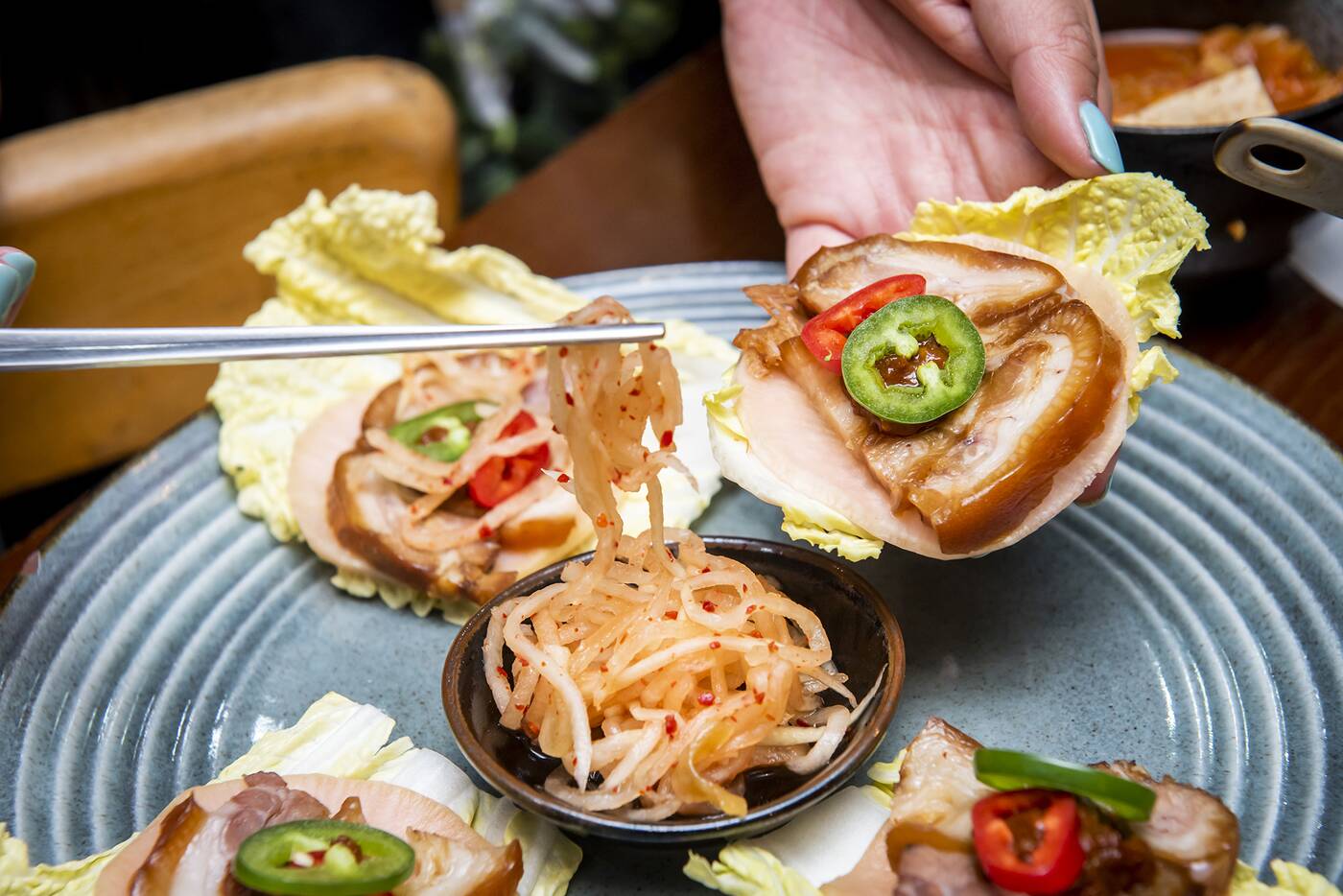 Less common are dishes like a spicy octopus salad or the jokbal: braised pork hock served ssam-style atop lettuce, with slices of hot pepper. 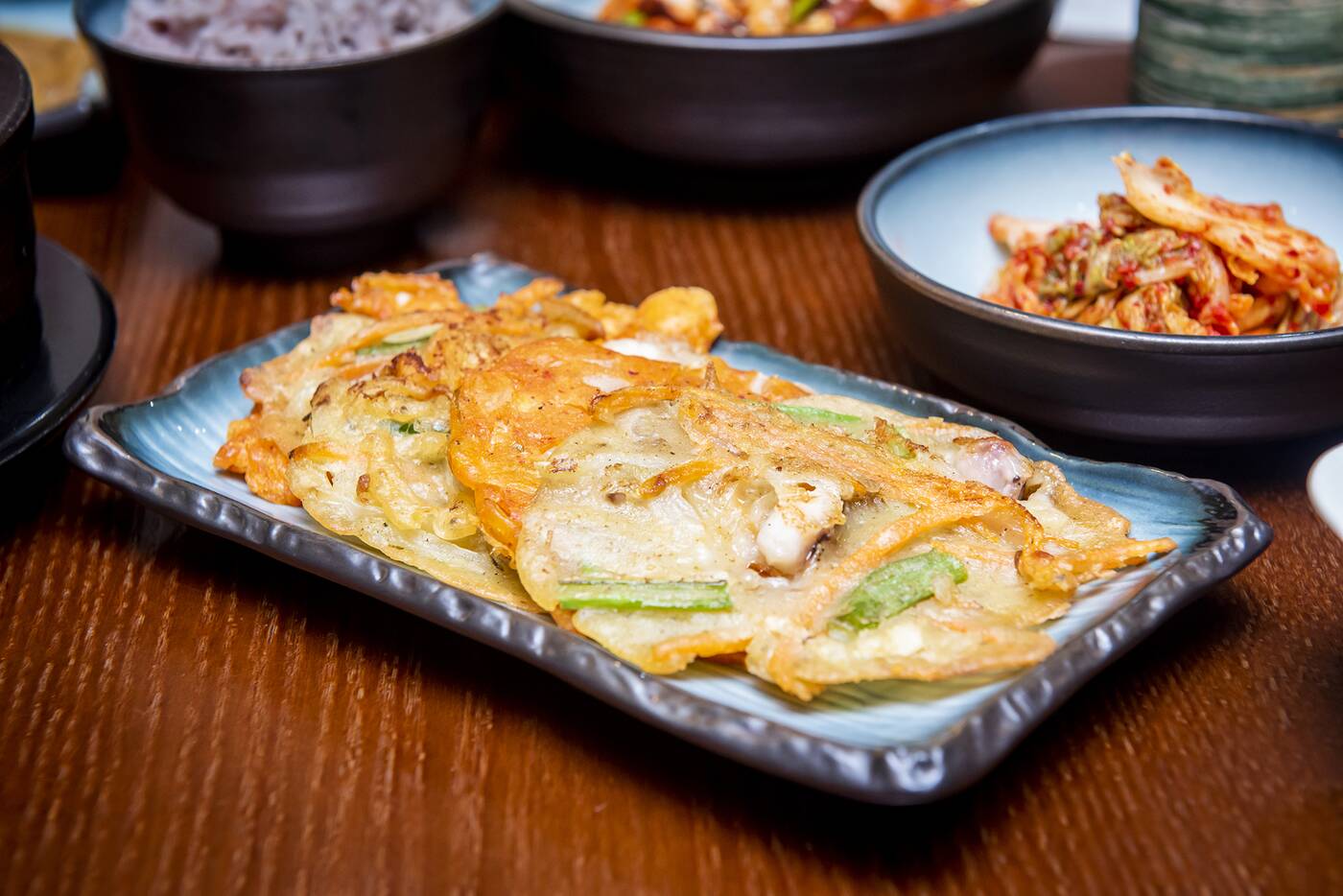 I'm a sucker for pajeon, and these pancakes are served two ways: with seafood and with kimchi. 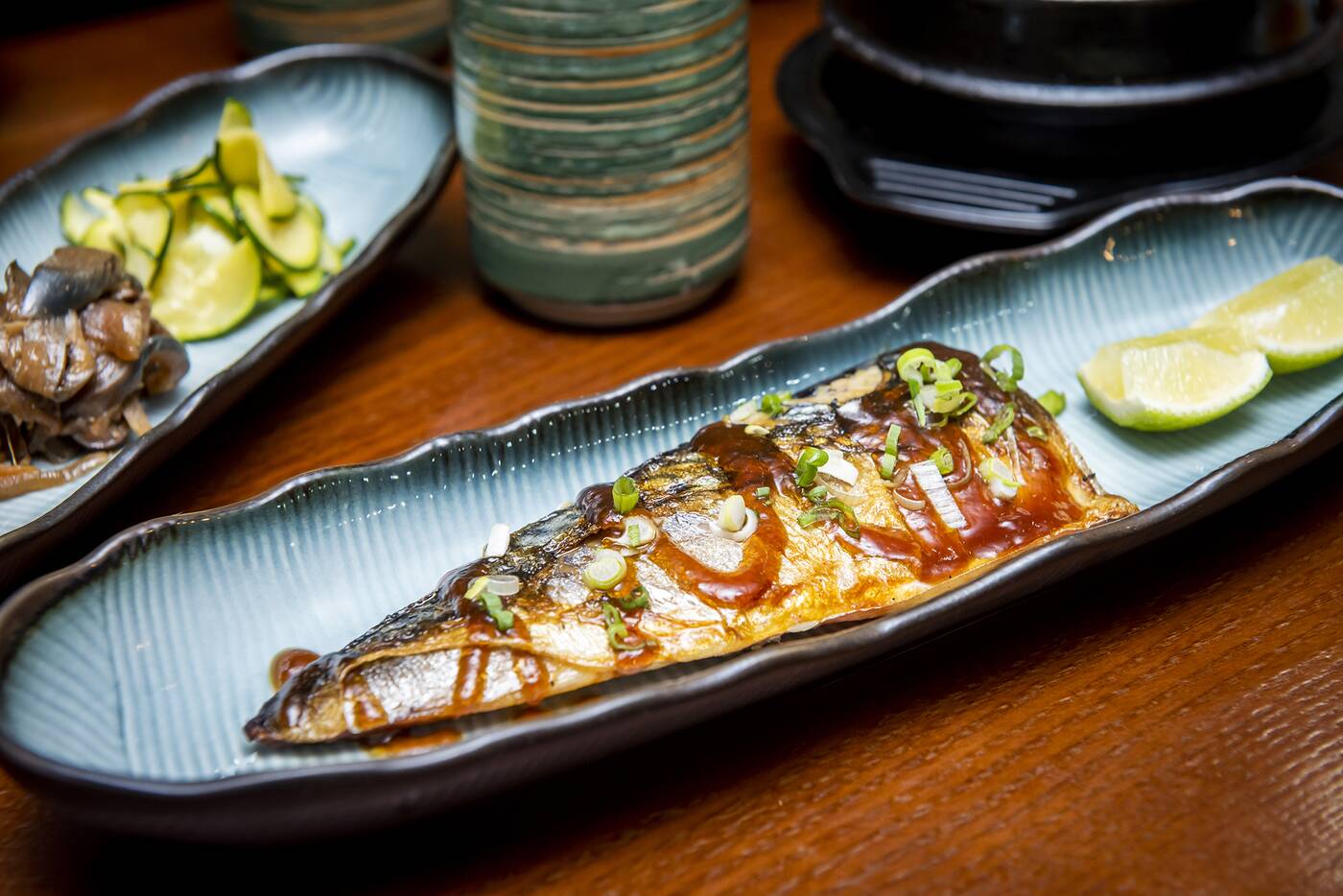 Sure to fill you up is a whole pan-fried macakerel served salted, or a big bowl of braised oxtail in soy sauce. 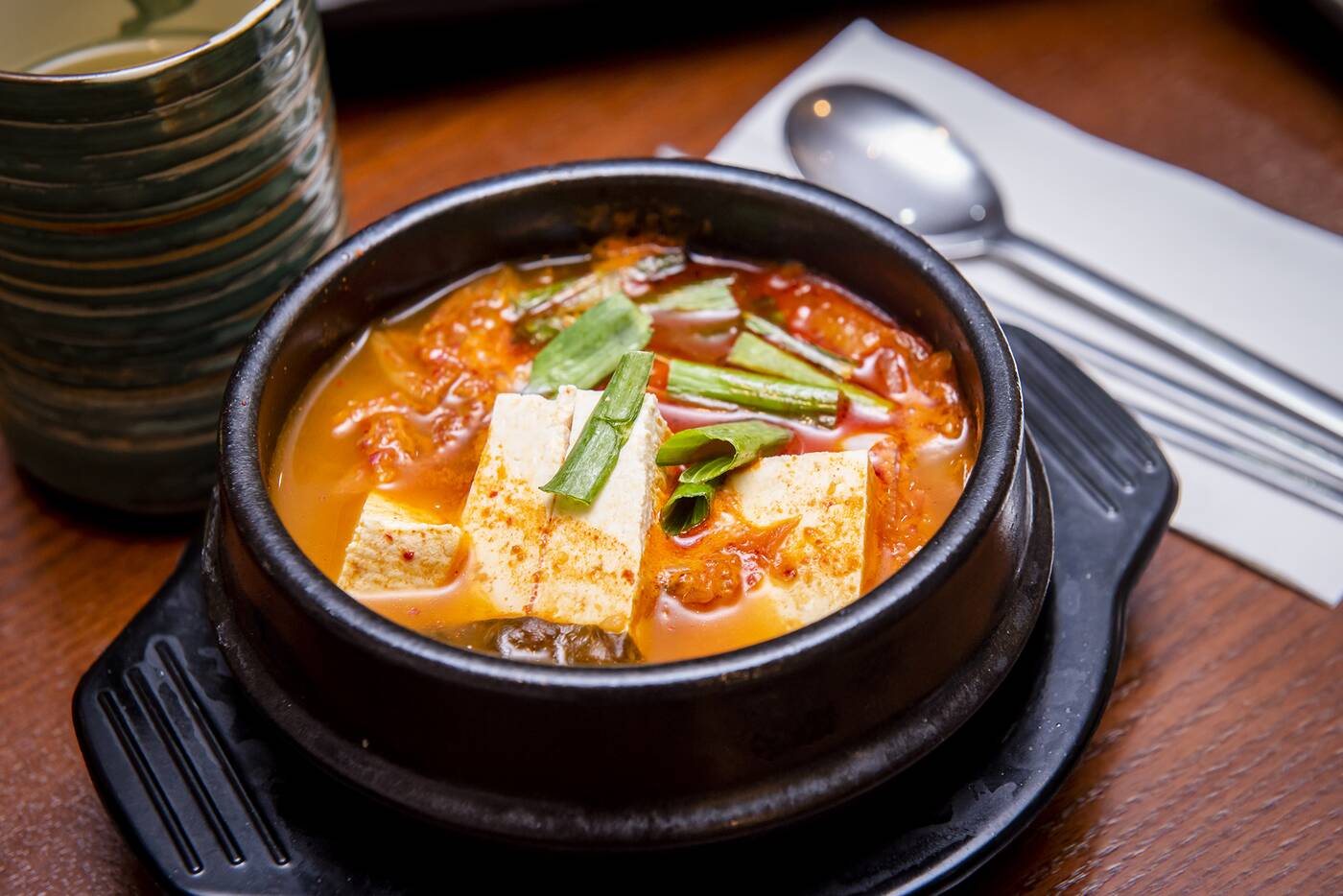 Kimchi stew is also available a la carte on the menu in a bigger portion (as are other staples like kalbi, pork bone soup, and dosirak), but also comes as part of this epic meal. 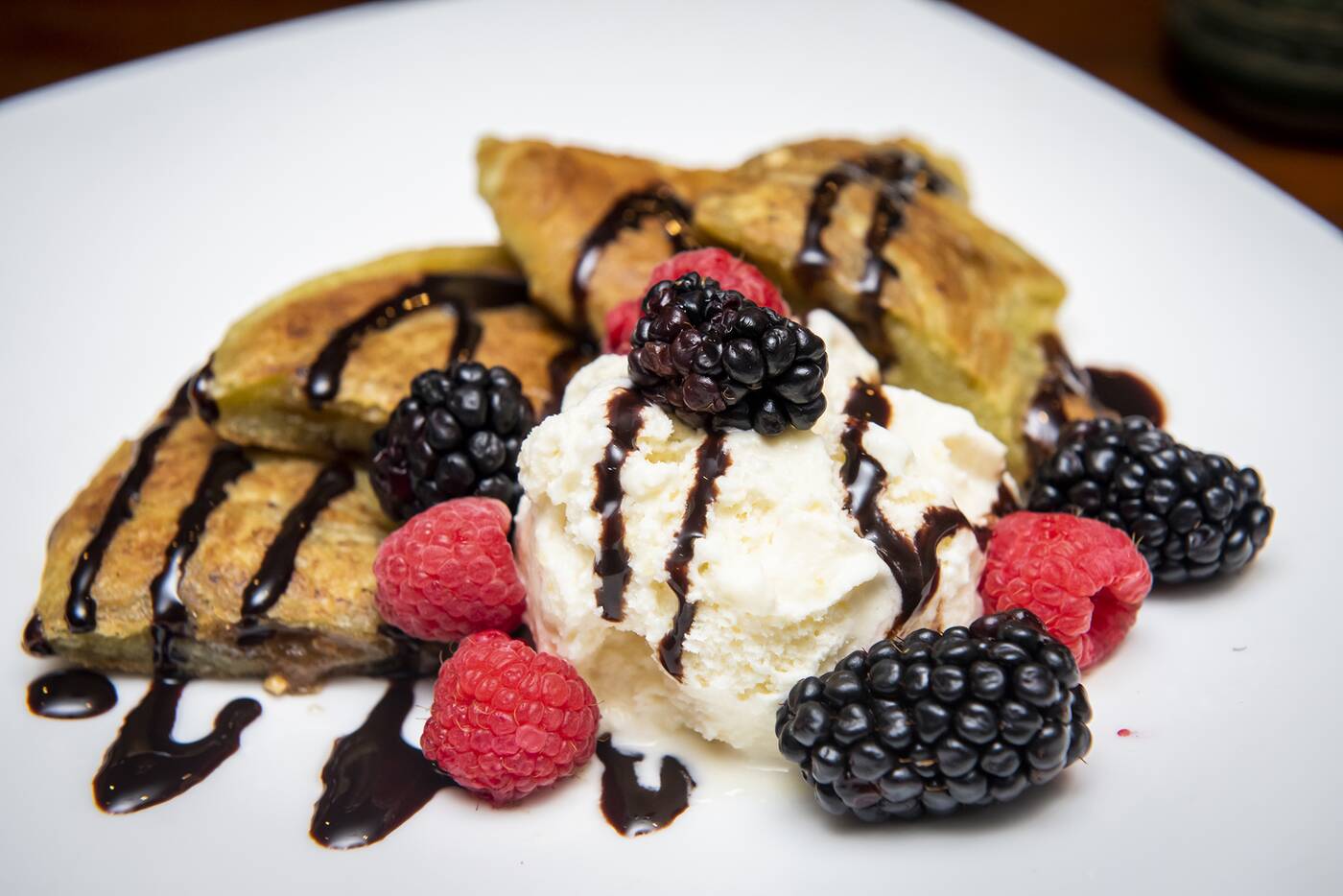 Dessert is also included, but you'll have to call a day in advance to request it as part of your hanjeongsik. The extra prep is well worth it though: you'll get an incredible green tea Korean-style pancake that's extra sticky and served with vanilla ice cream. 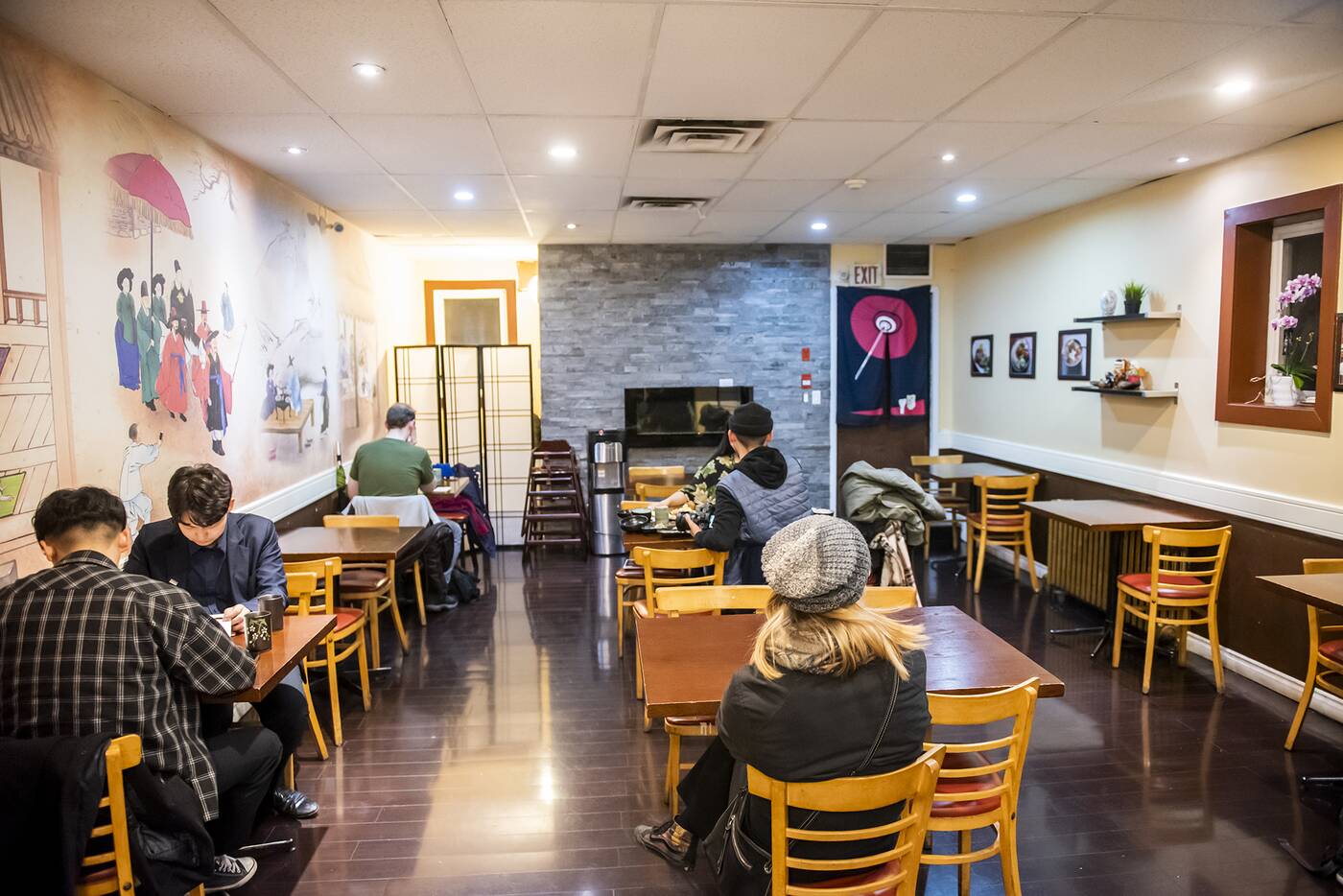 Although hanjeongsik is nothing new in Korea, it's easy to feel like a VIP with this generous meal and homey service. 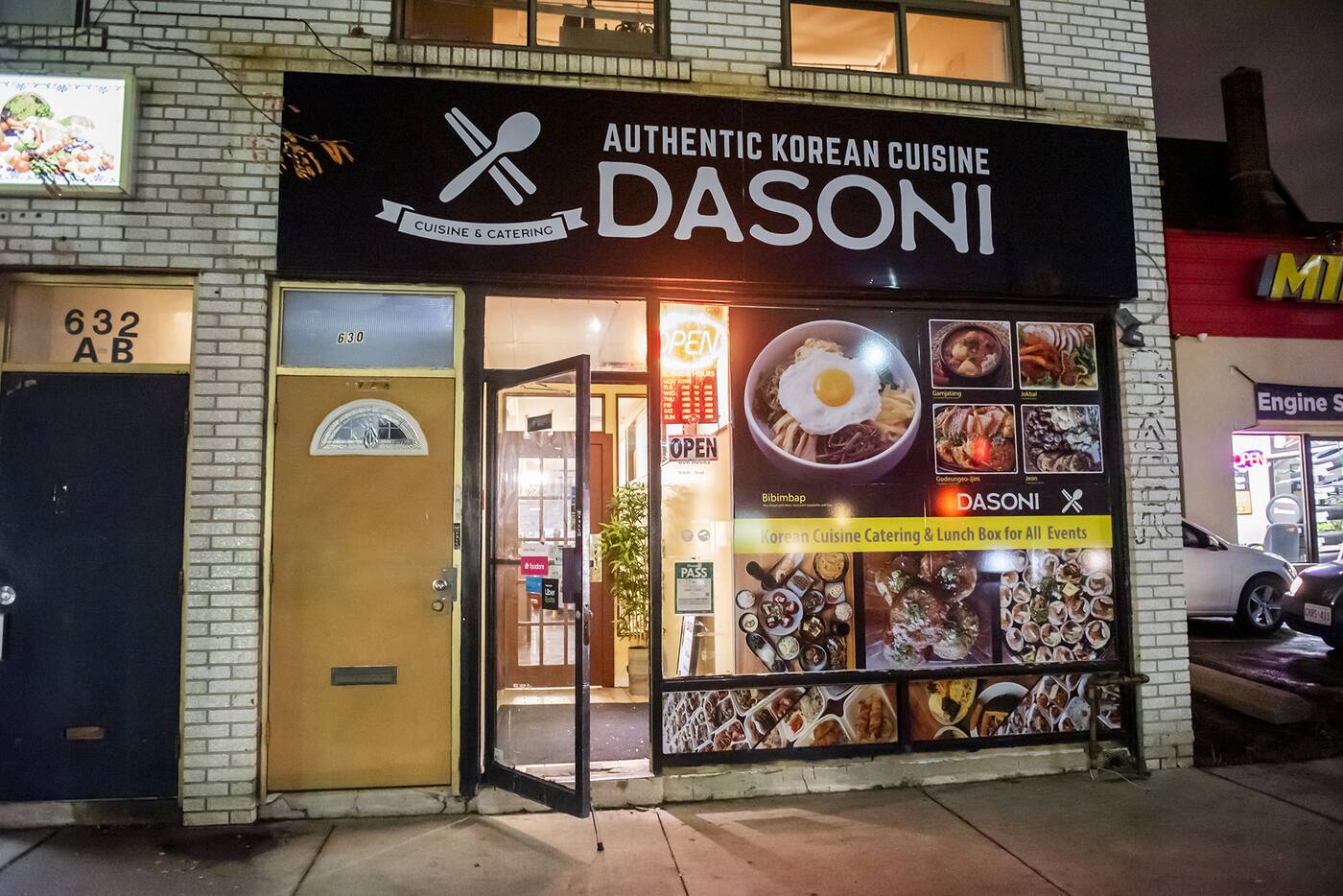