Helmed by Michelin-star chef Akira Back, this impressive 9,000-square-foot restaurant is filled top-to-bottom with allusions to a mystic land far, far away — a.k.a. China. 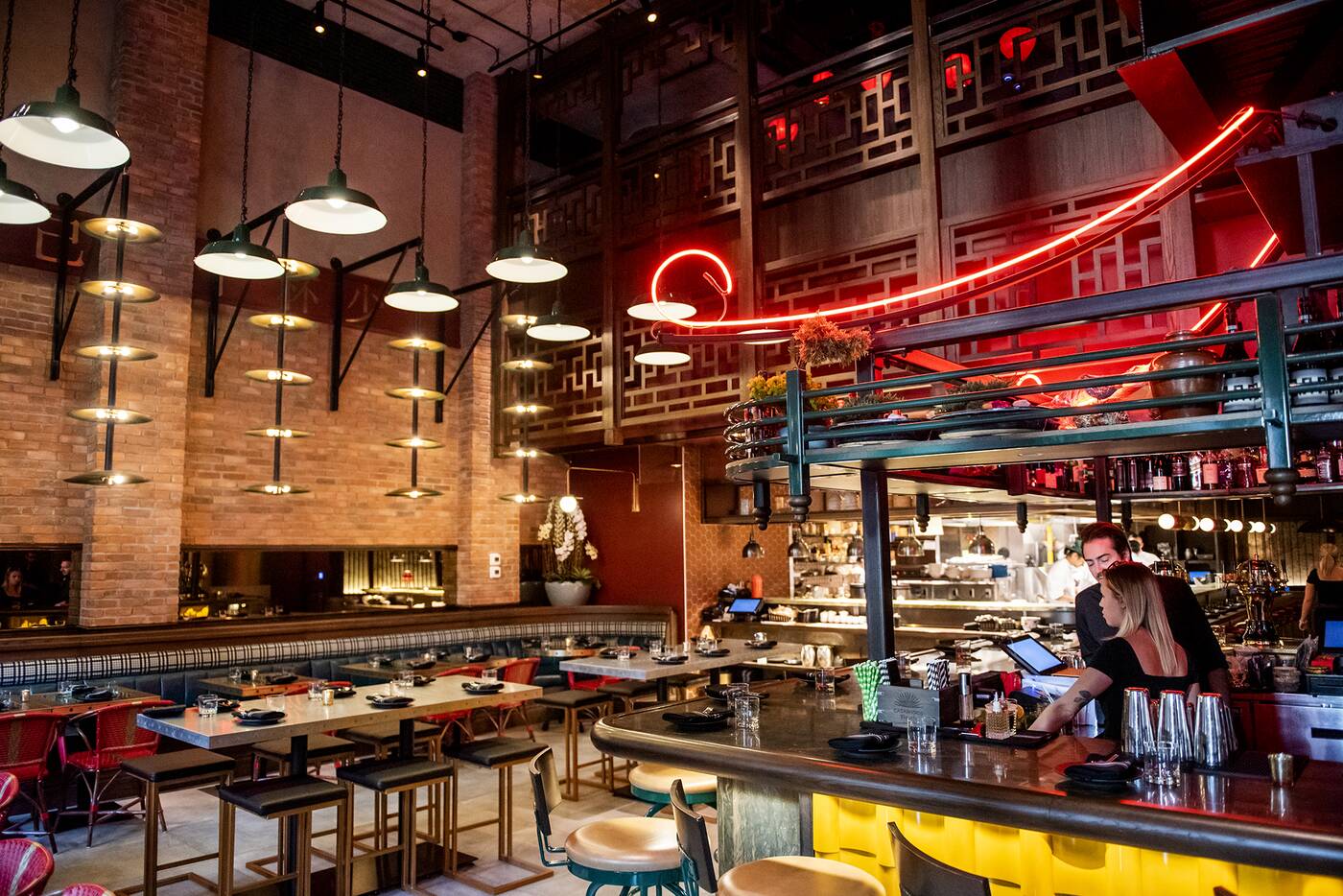 Marking Chef Back's second project in Toronto, and one of over 19 worldwide, Dasha (which is a play on the Mandarin expression for 'big house') is a high-ceilinged, two-floor project that spares no expense with staying strictly on-theme. 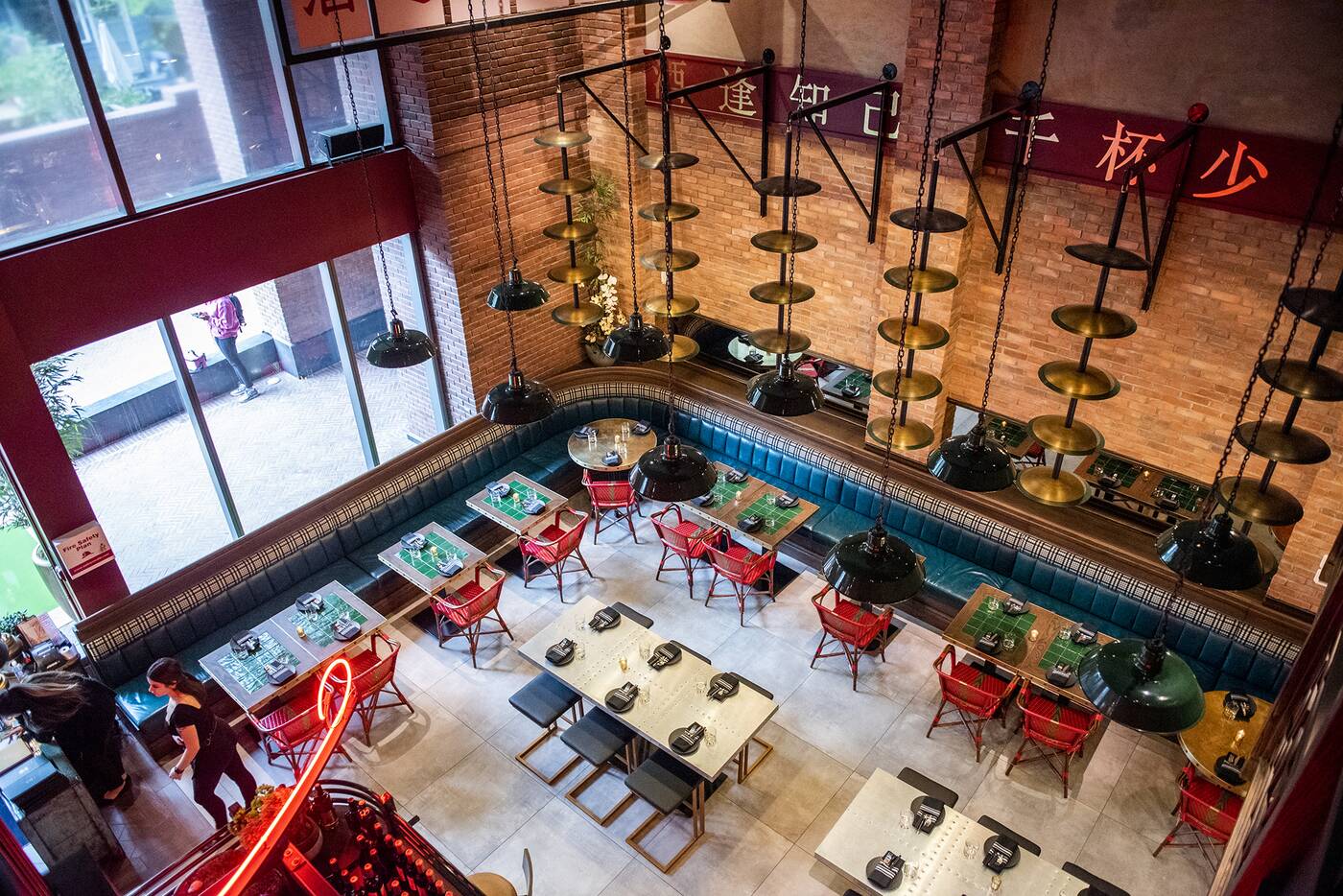 With orchids, neon lights, and what's described to me as a 'Triads meeting-inspired booth area,' the Solid Design space does include some beautiful elements, like a giant bird cage framing the stairs, harkening back to Chinese tea houses of yore. 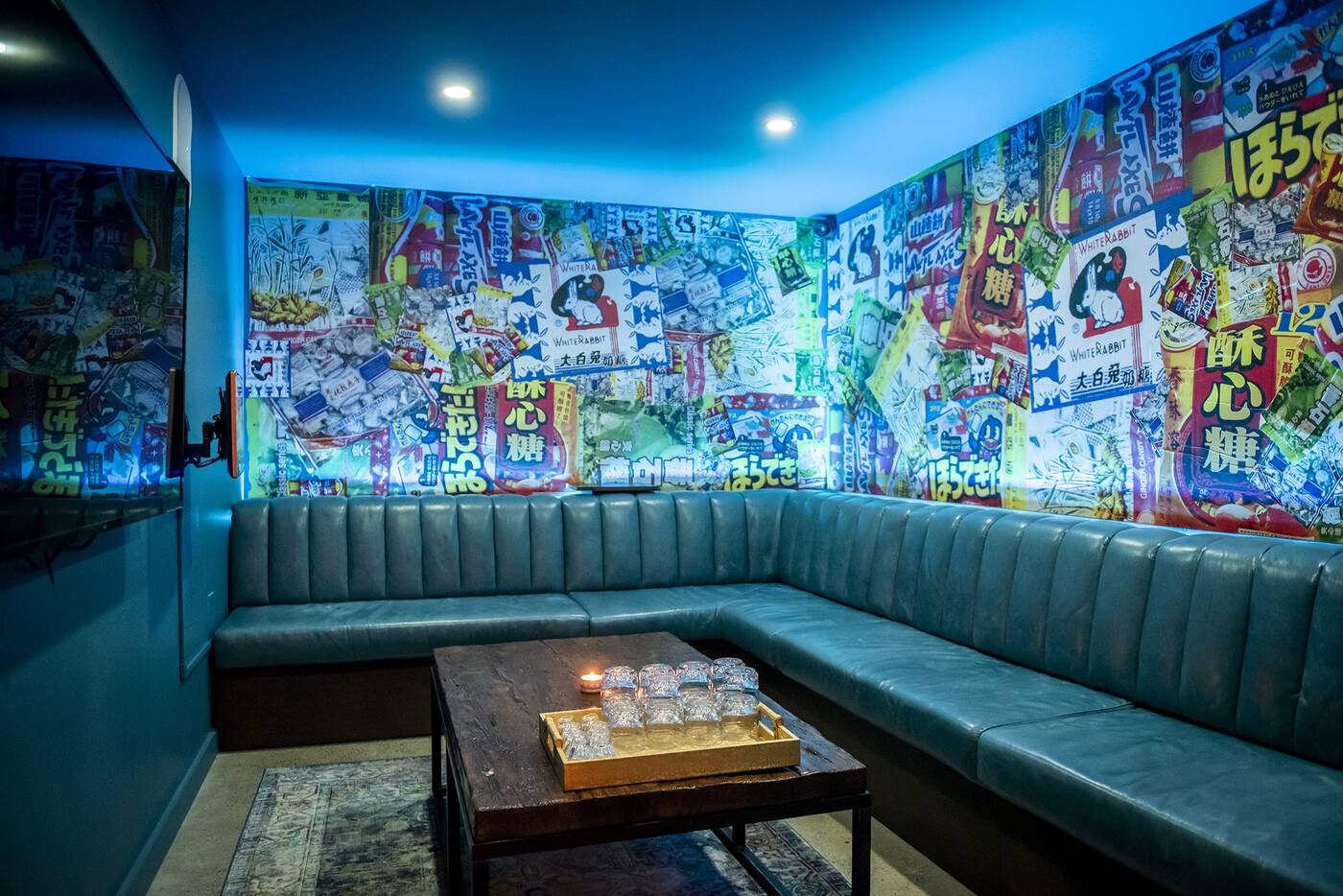 Head up those stairs for Dasha's illicit-feeling karaoke alley, which has five themed karaoke rooms offering 60,000 songs in English, Cantonese, Korean, and more. 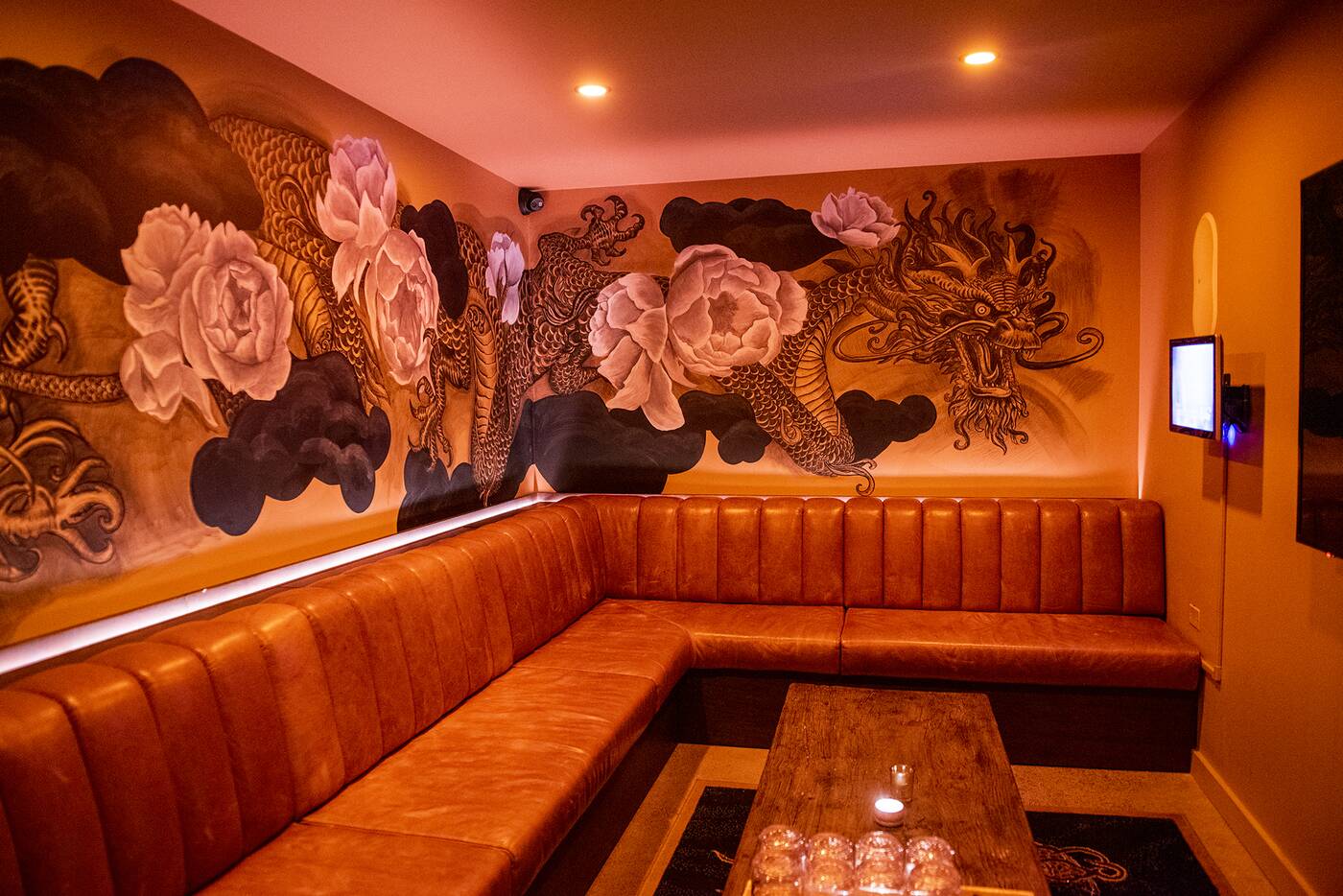 Every room is themed: there's the White Rabbit room, yellow dragon room — you get the idea. Each can be booked out for $65 per hour between 5 p.m. and 8 p.m. Anytime after that, the hourly rate goes up to $85. 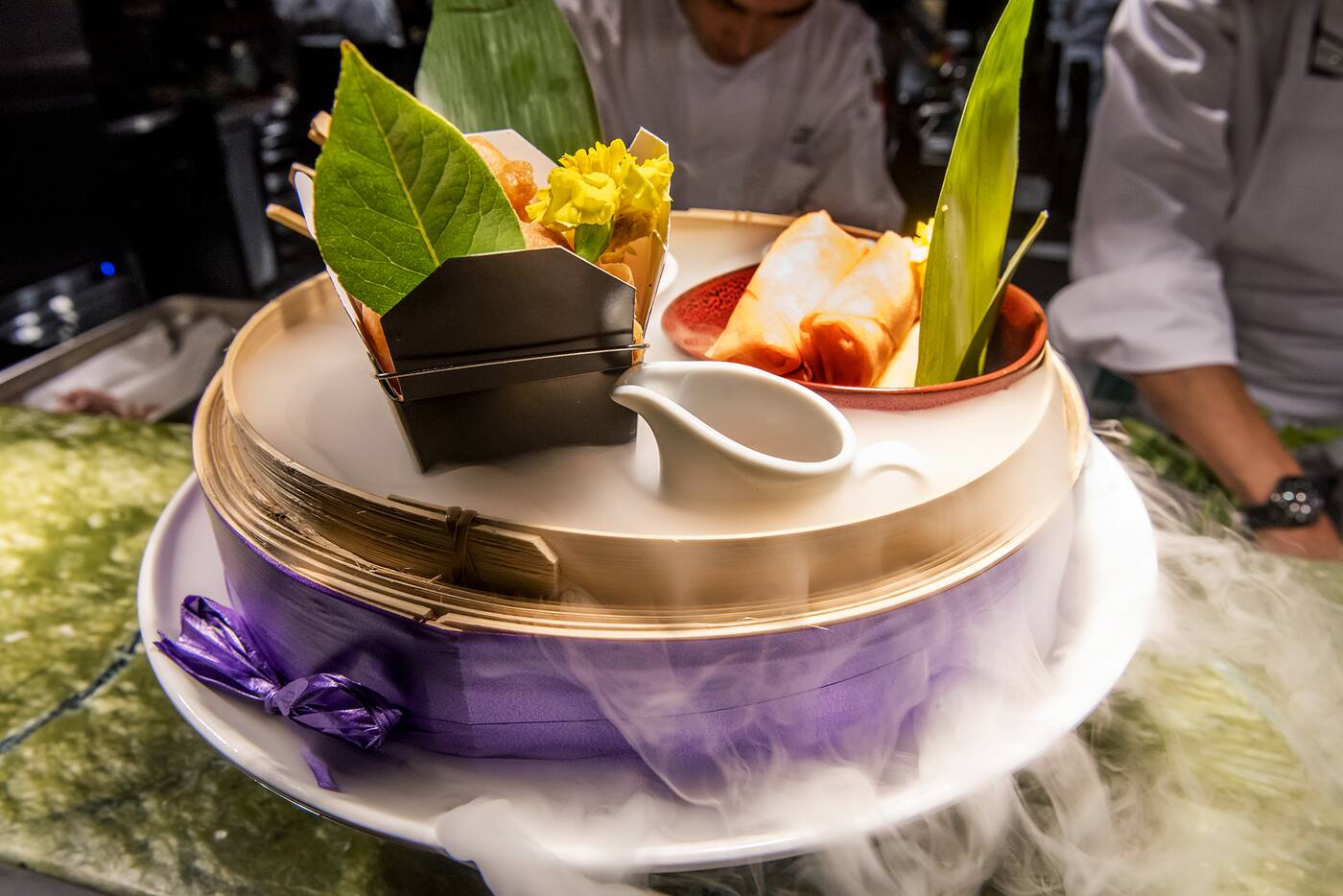 Exclusive to the karaoke rooms is the smoking Mix Tape basket ($33), which comes with an assortment of snackable takeout boxes that can be split between up to four people. 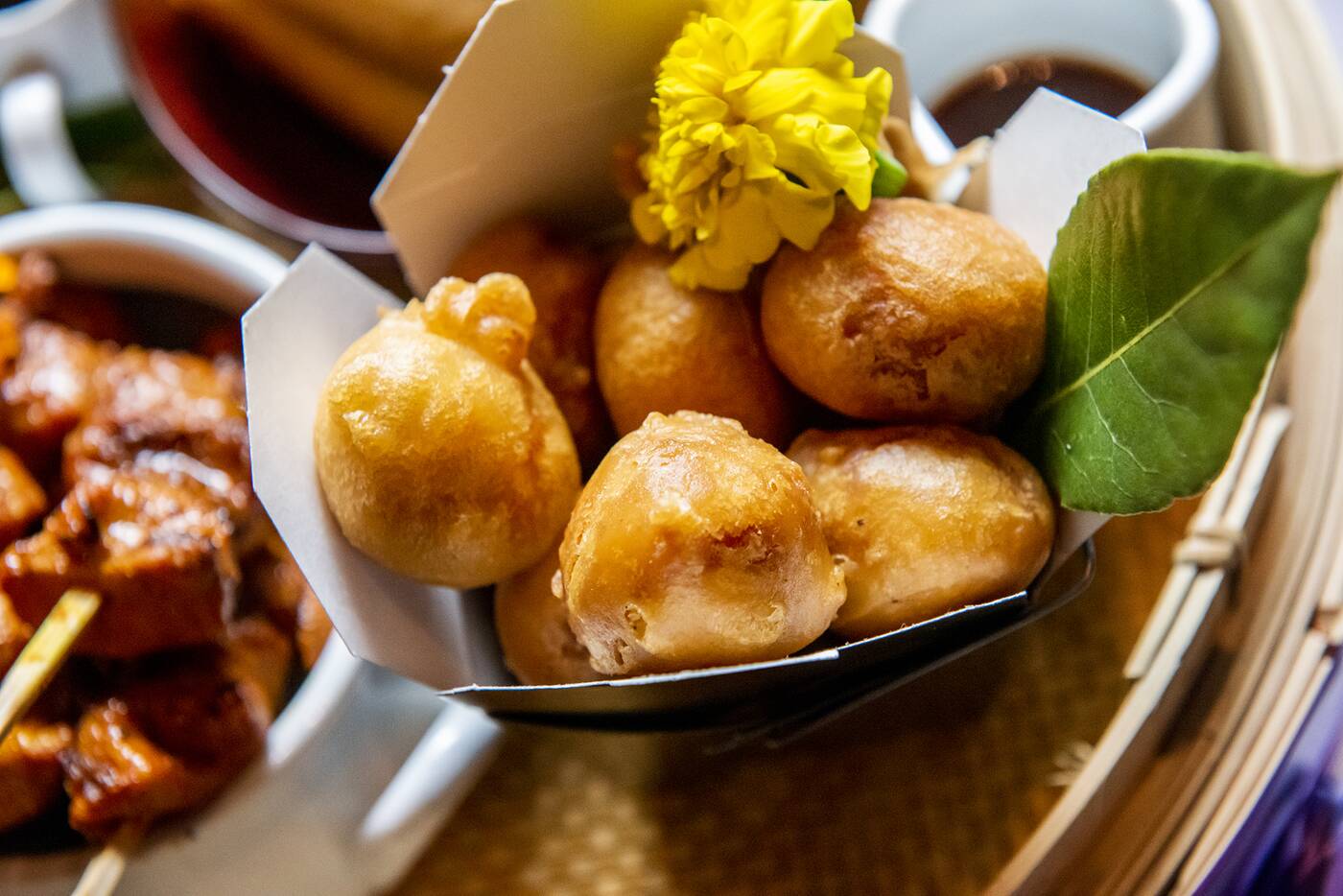 The Chinese Chicken Balls are an easy finger food to crush, served with a slightly spicy Szechuan-style hot bean paste. 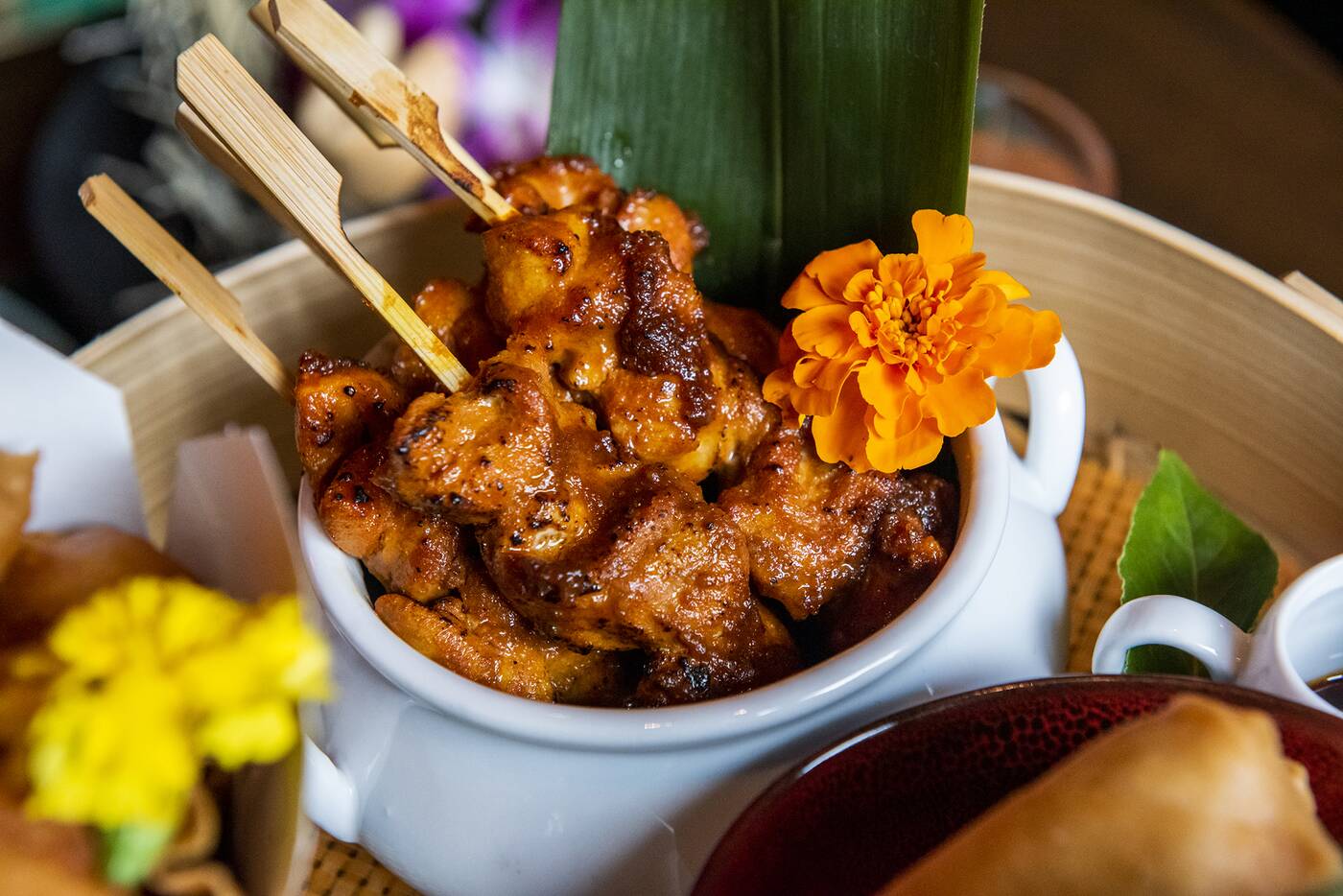 The General's Spring Rolls have veggies and five spice tofu inside. Chicken Skewers have a nutty, satay-like coating. 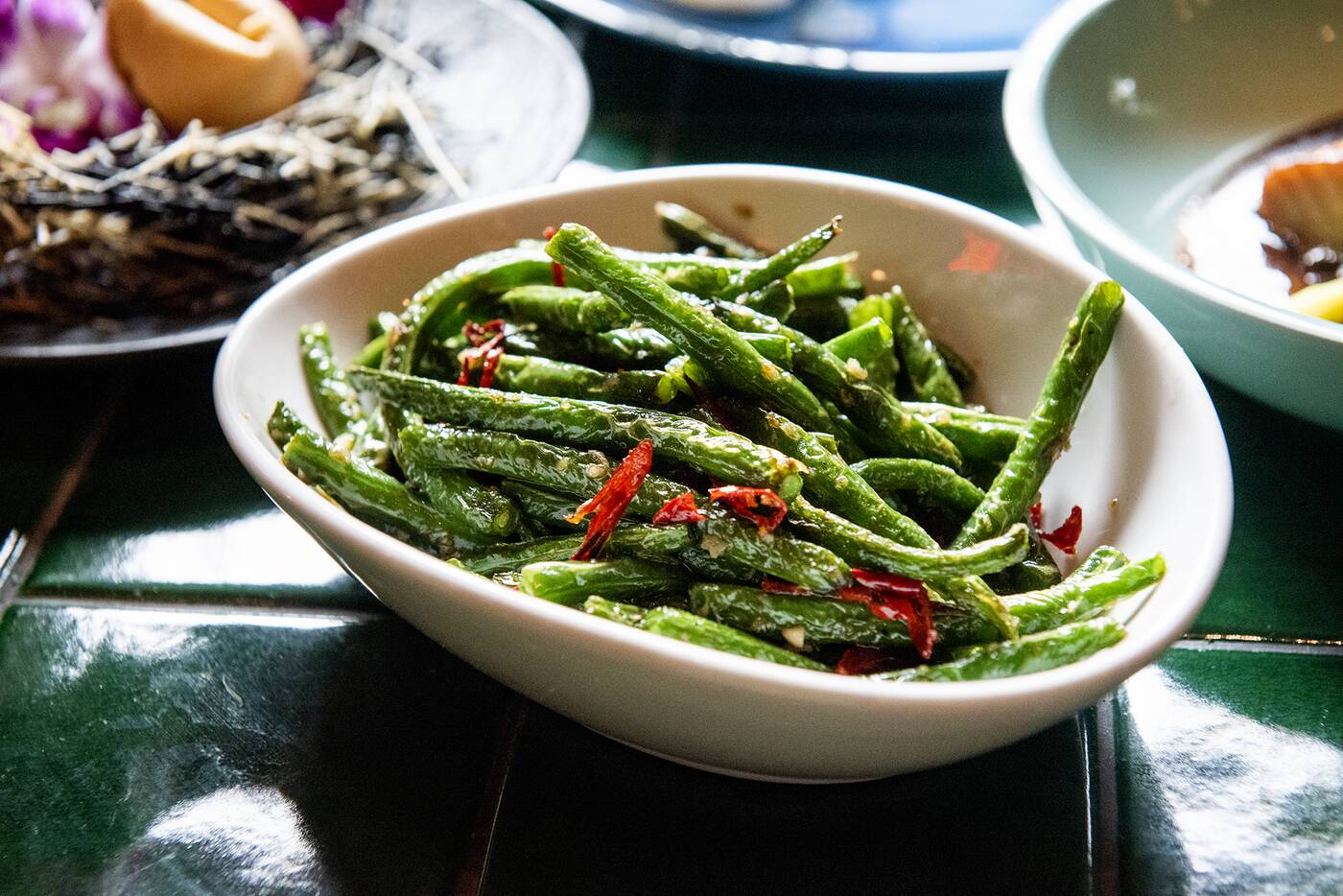 The rest of the menu is accessible downstairs, like an order of green beans ($15) with chili. 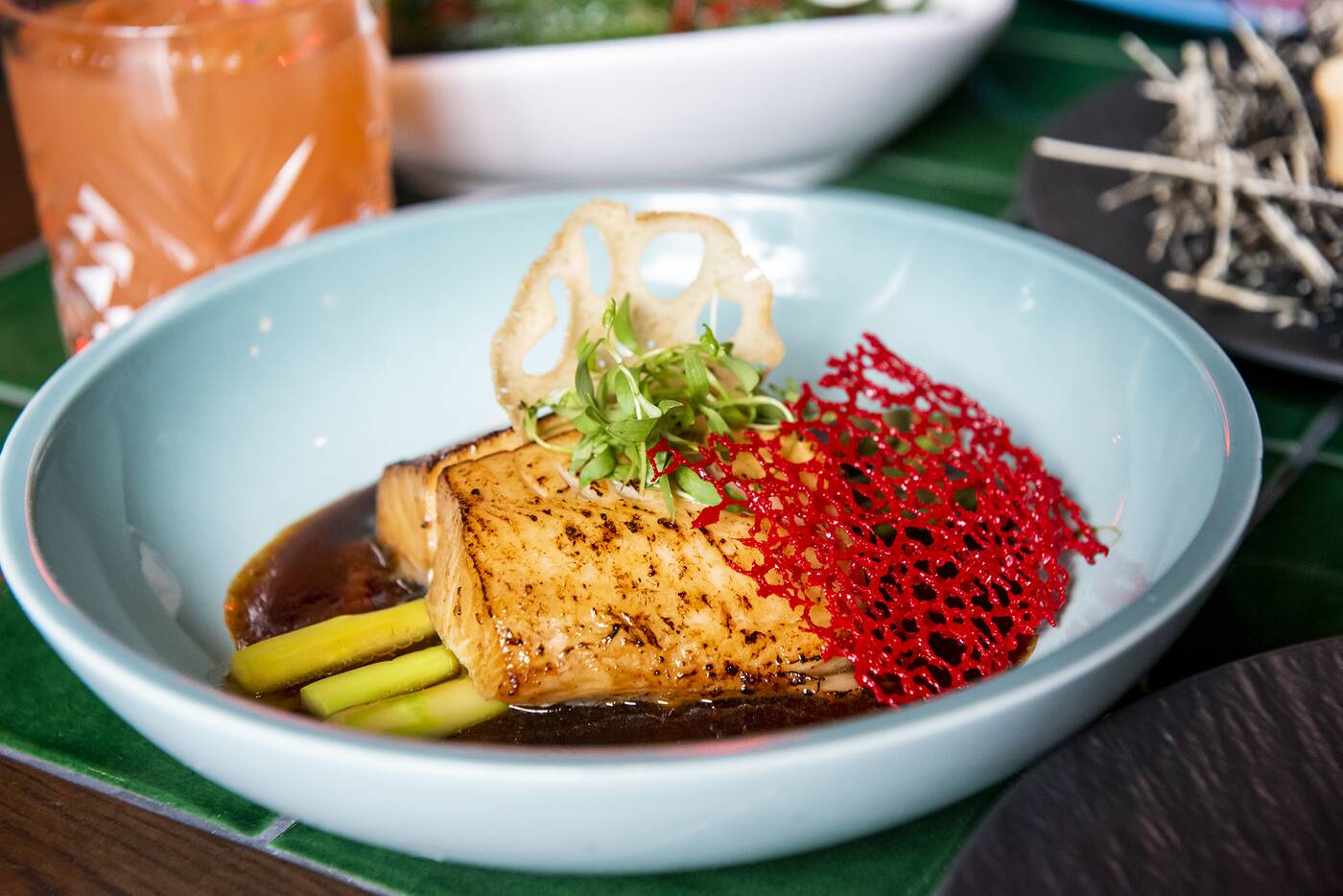 Super flaky and delicious teriyaki black cod ($31) comes with a side of asparagus and some soybean oil sauce. 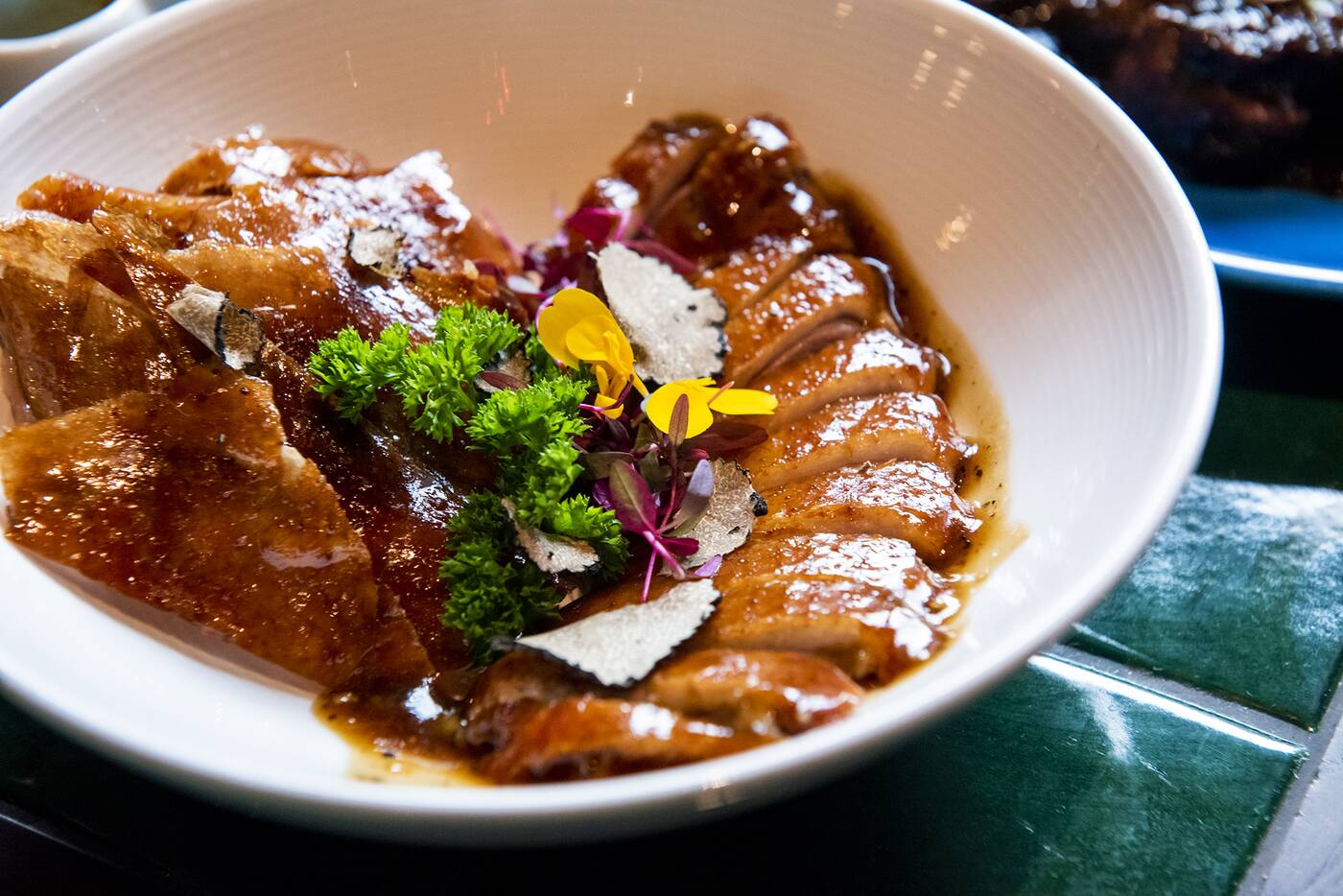 A half-order of the roasted black truffle duck ($39) is coated table-side with a duck jus-mixed truffle sauce, as part of the Supreme Special part of the menu. It's tasty, and doesn't come with any rice. 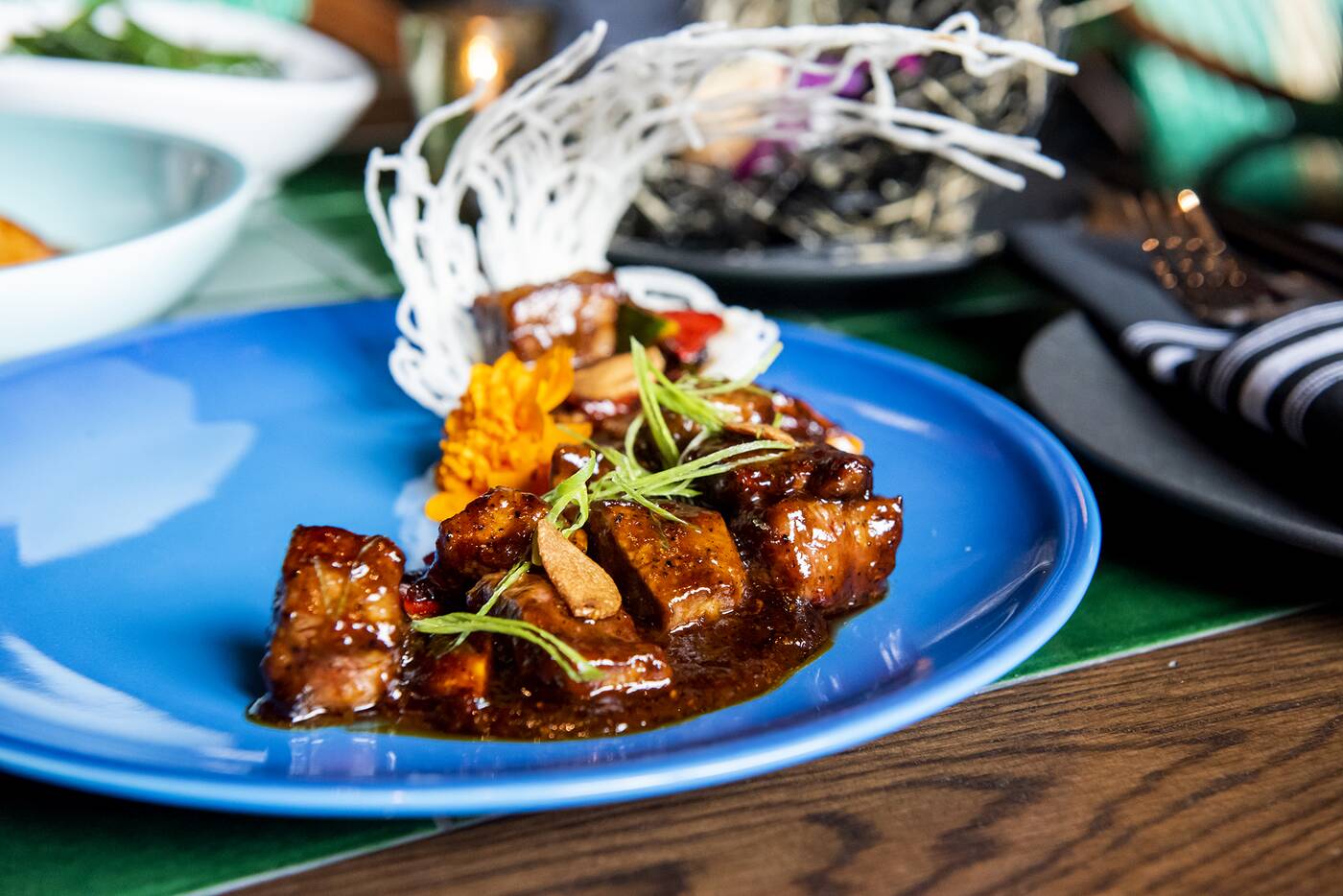 Another special: a sparing portion of black pepper tenderloin ($32) served with zucchinis. 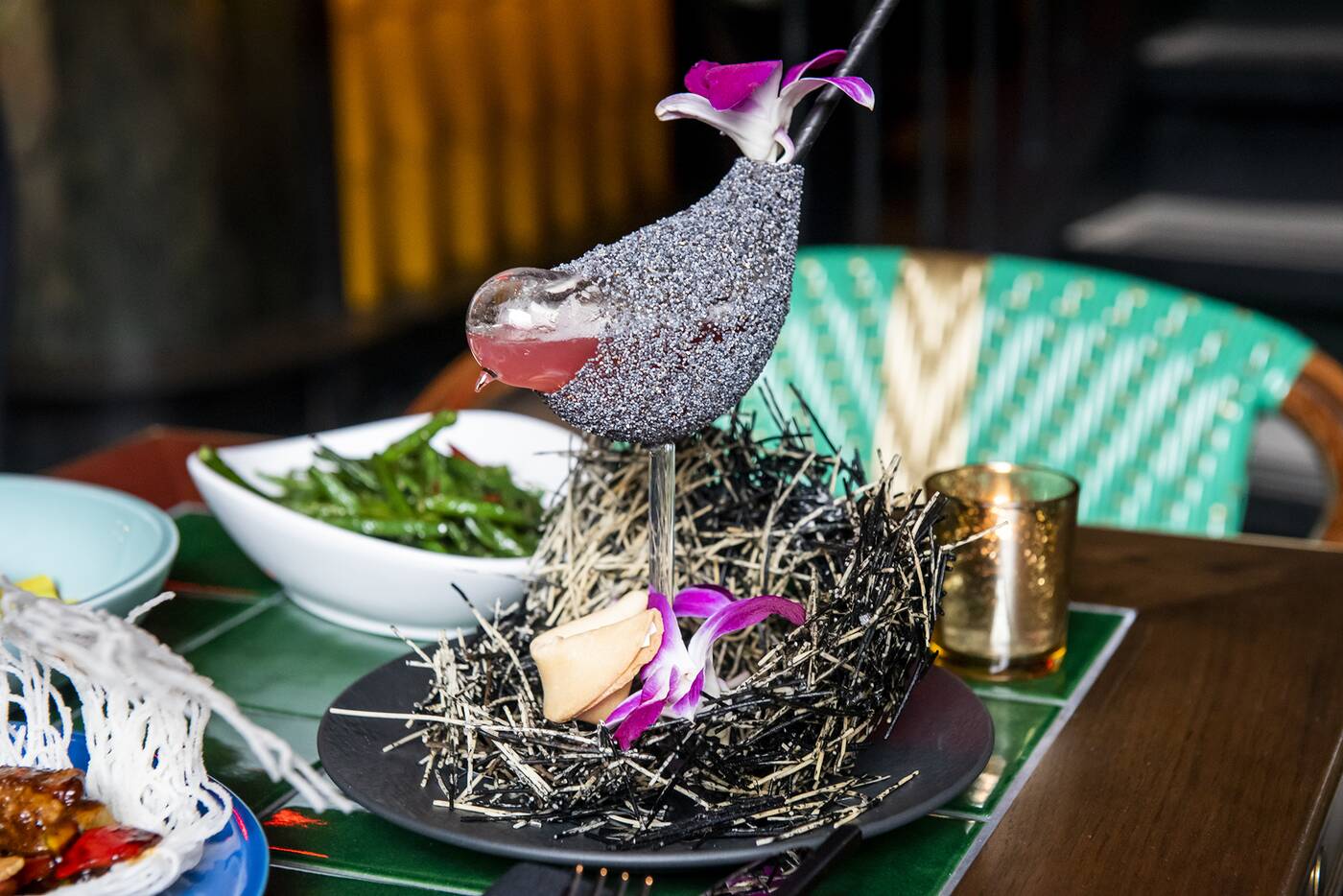 Of course, it's not an edgy contemporary Chinese restaurant without some opium reference, so expect 'oohs' and 'aahs' with an order of The Oracle cocktail ($24), a mix of rum and Genmaicha tea, inspired by Ah Sing, the famed owner of a romanticized East London drug den.

The presentation is impeccable: it arrives in a sparrow-shaped carafe that's coated in poppy seeds (opium, get it?), surrounded by a bed of edible egg noodles dyed with cuttlefish ink, and a single fortune cookie. 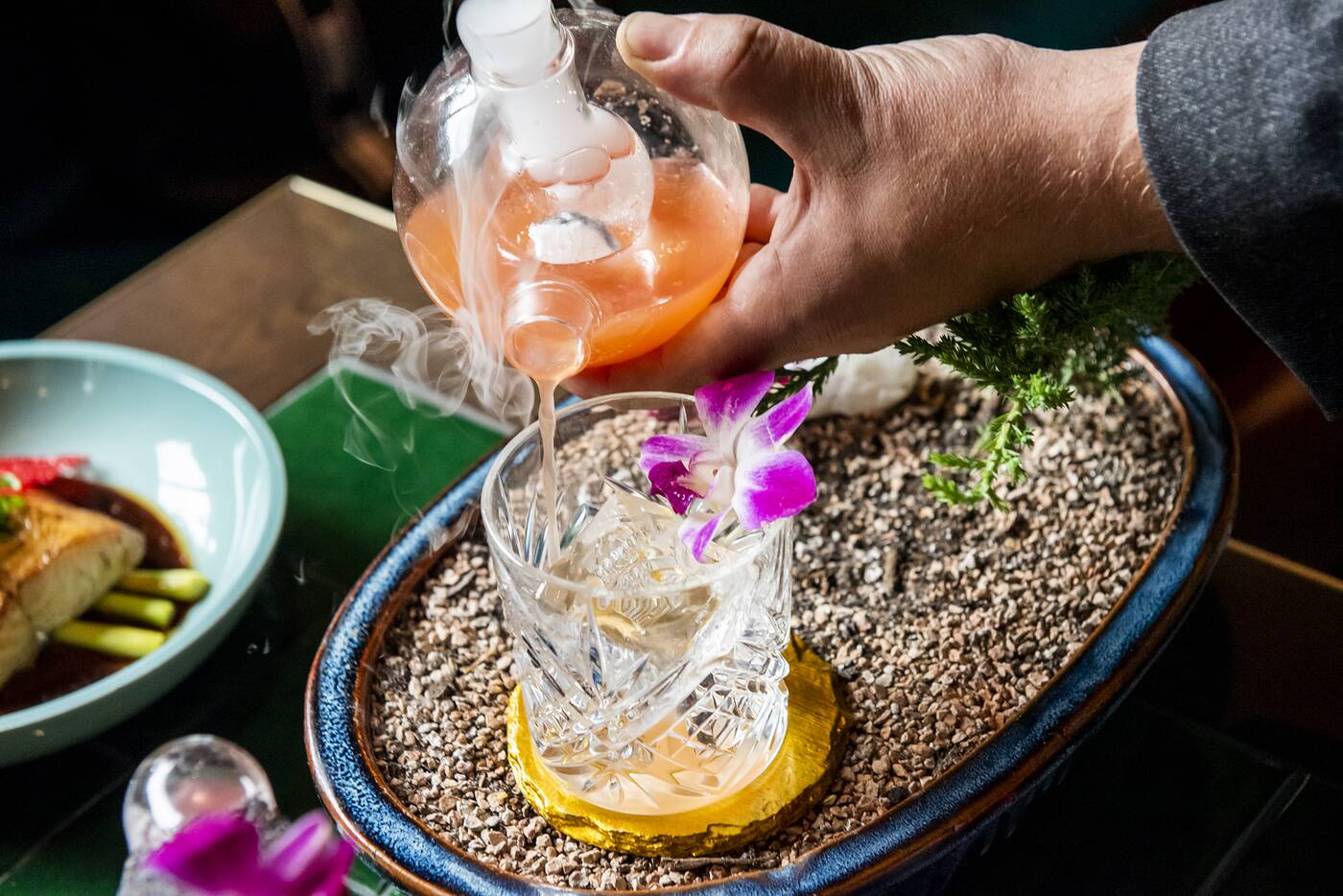 Perhaps even more impressive is the Zen Garden ($19.50), served atop a smoking Japanese bonsai tree planter, to invoke as much Chinese feng shui as Remy Martin VSOP can inspire. 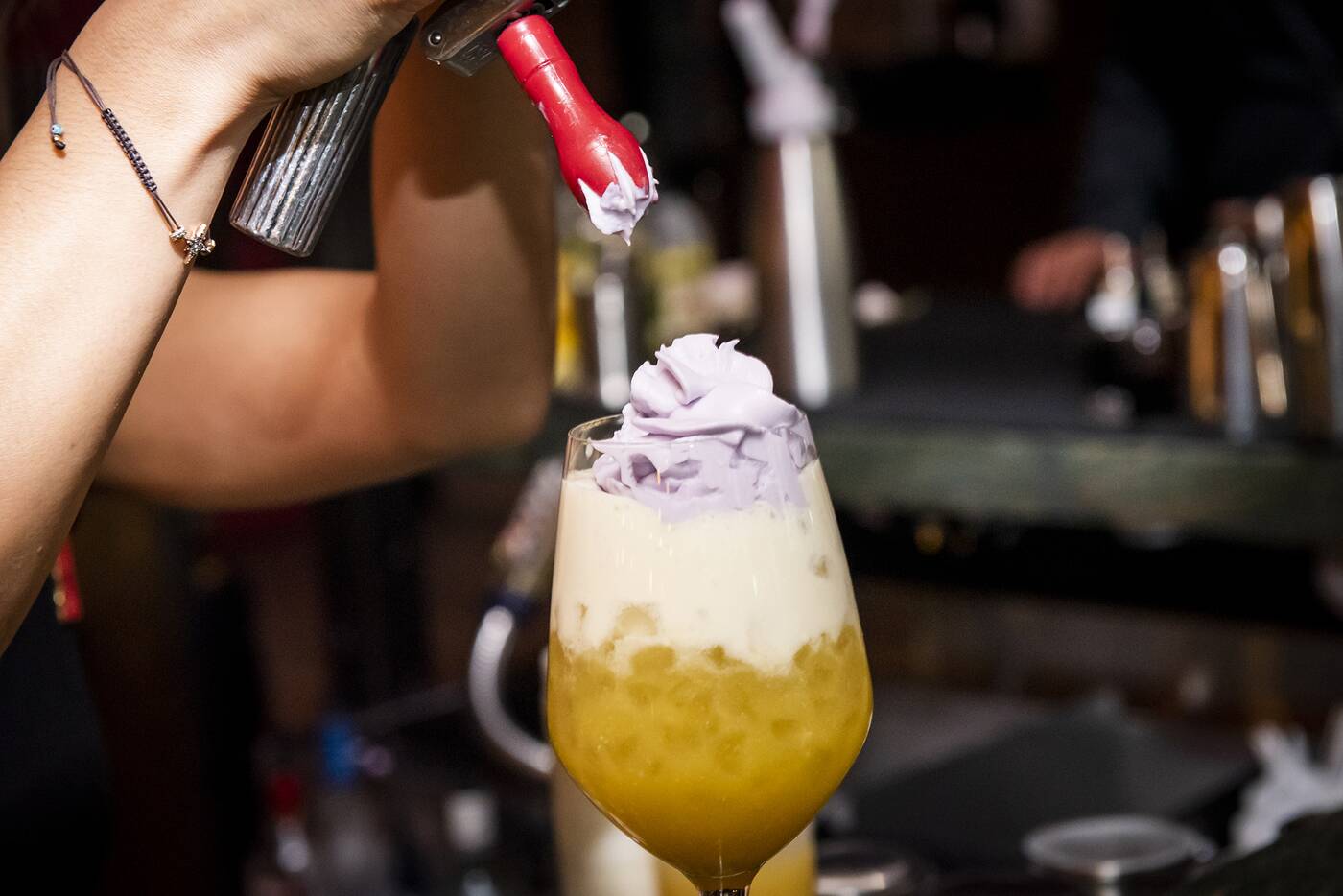 There's no dessert menu, but there is a delicious drink called the Halo Halo Mei Ren ($15), which will definitely satisfy your sweet tooth. 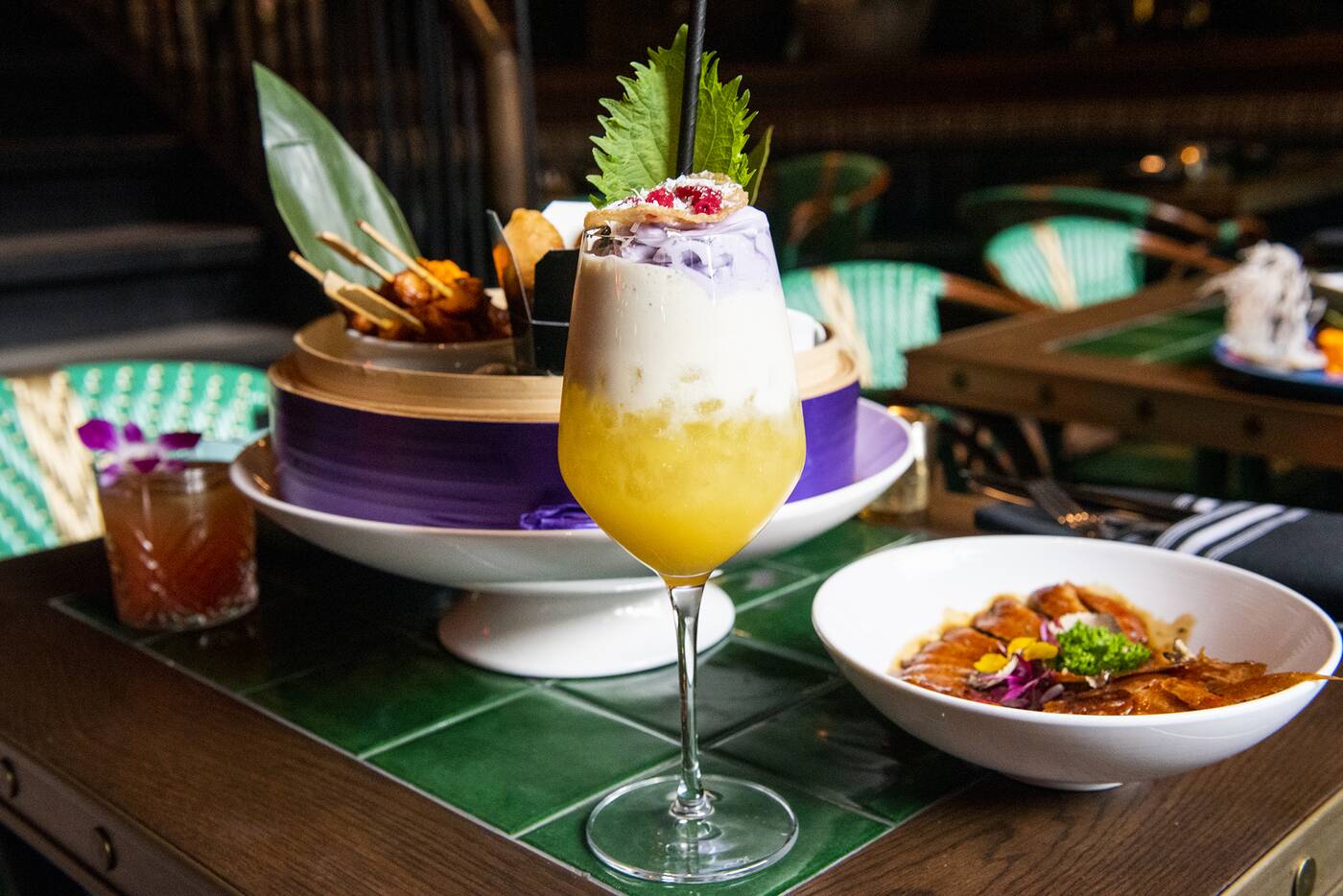 There's tequila, jackfruit, coconut, and ube, but without any gelatins, grassy jelly, or beans, it's pretty much a pina colada version on this Filipino shaved ice classic. 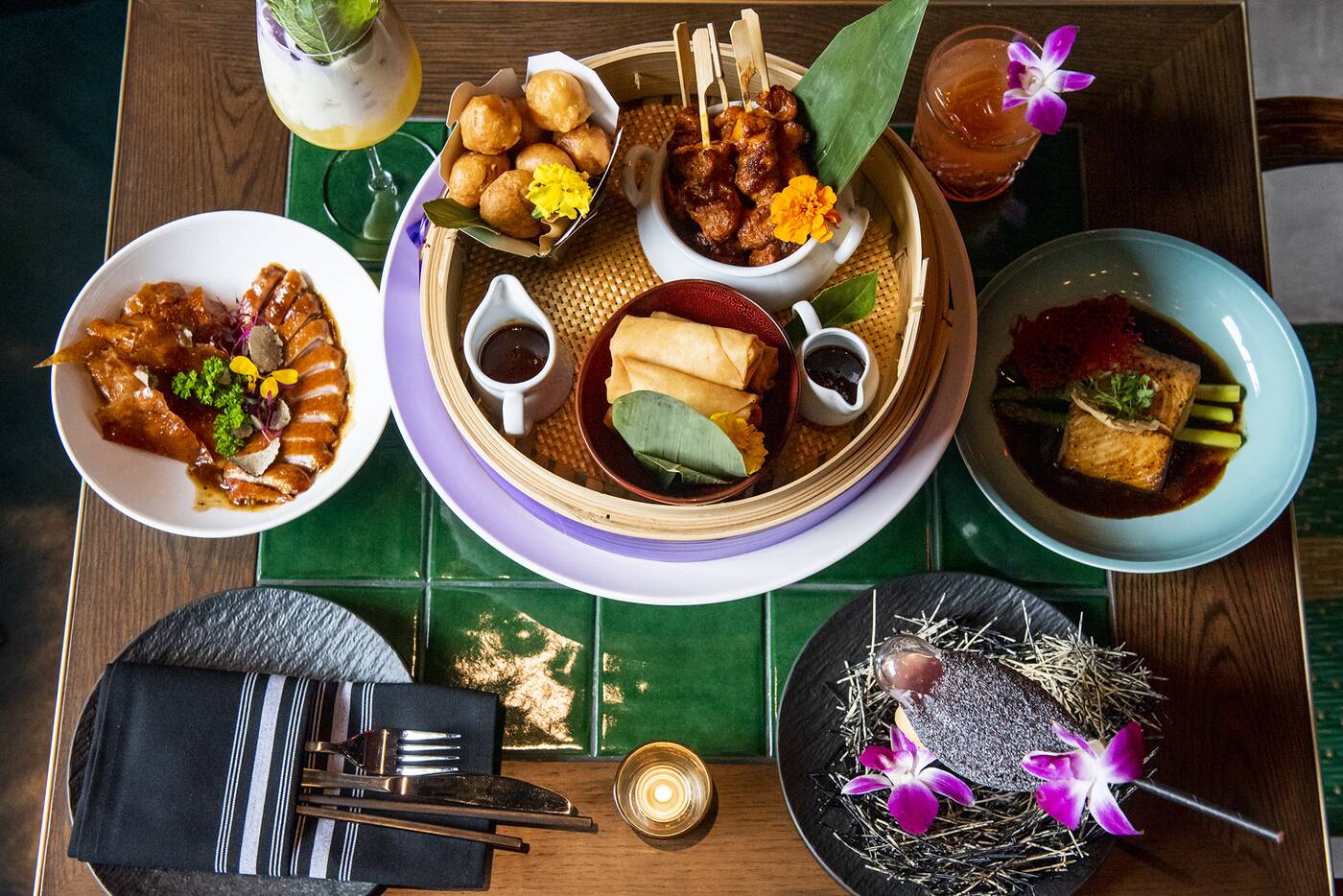 More of a hodgepodge of Asian hallmarks than strictly Chinese, this sprawling restaurant full of pretty smoke should make for a fun group night out. 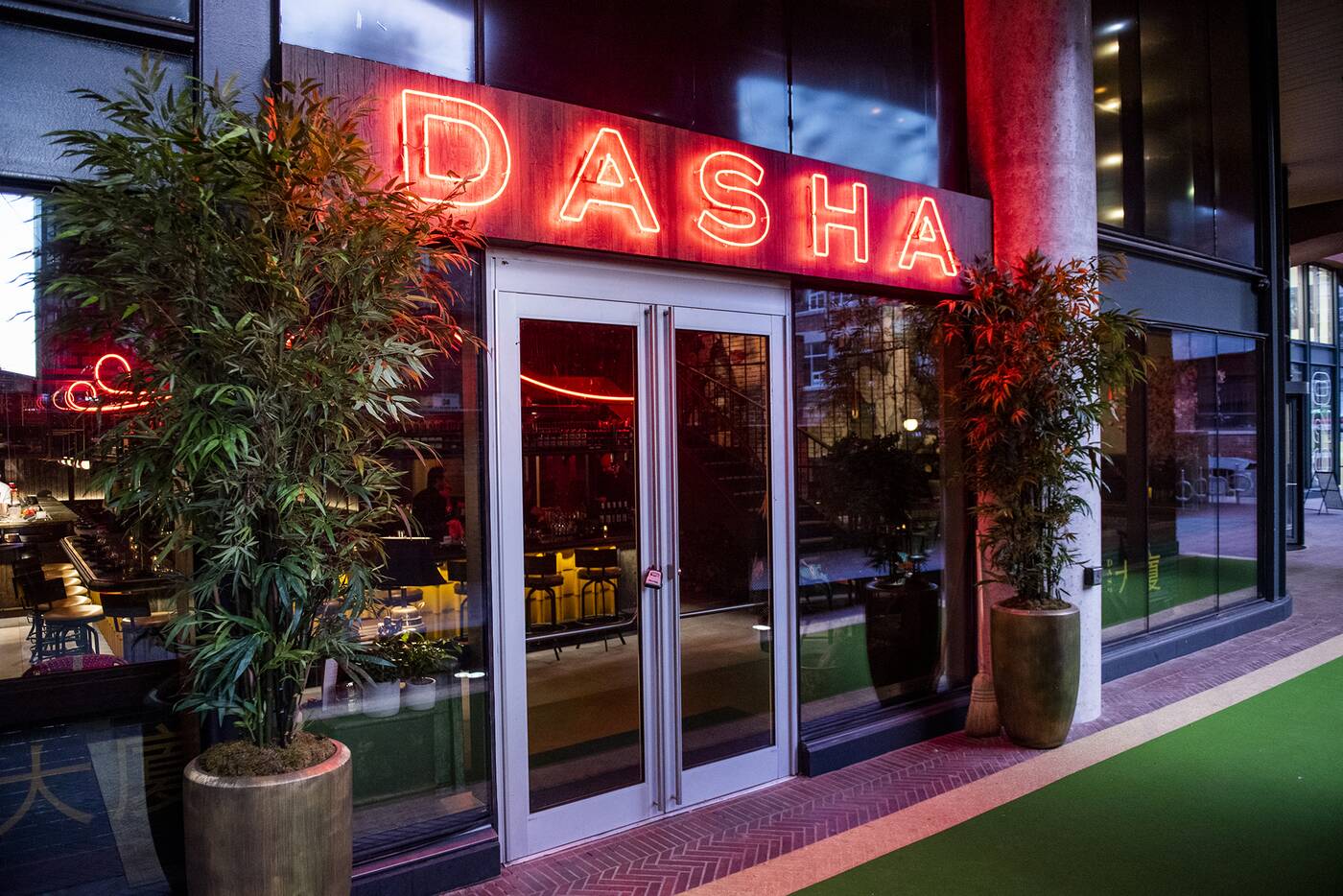