Run by the same people behind the popular Korean BBQ spot Piggy's, located across the same plaza, this restaurant is actually the first Toronto location of Meitan, a franchise with 20 locations in Korea. 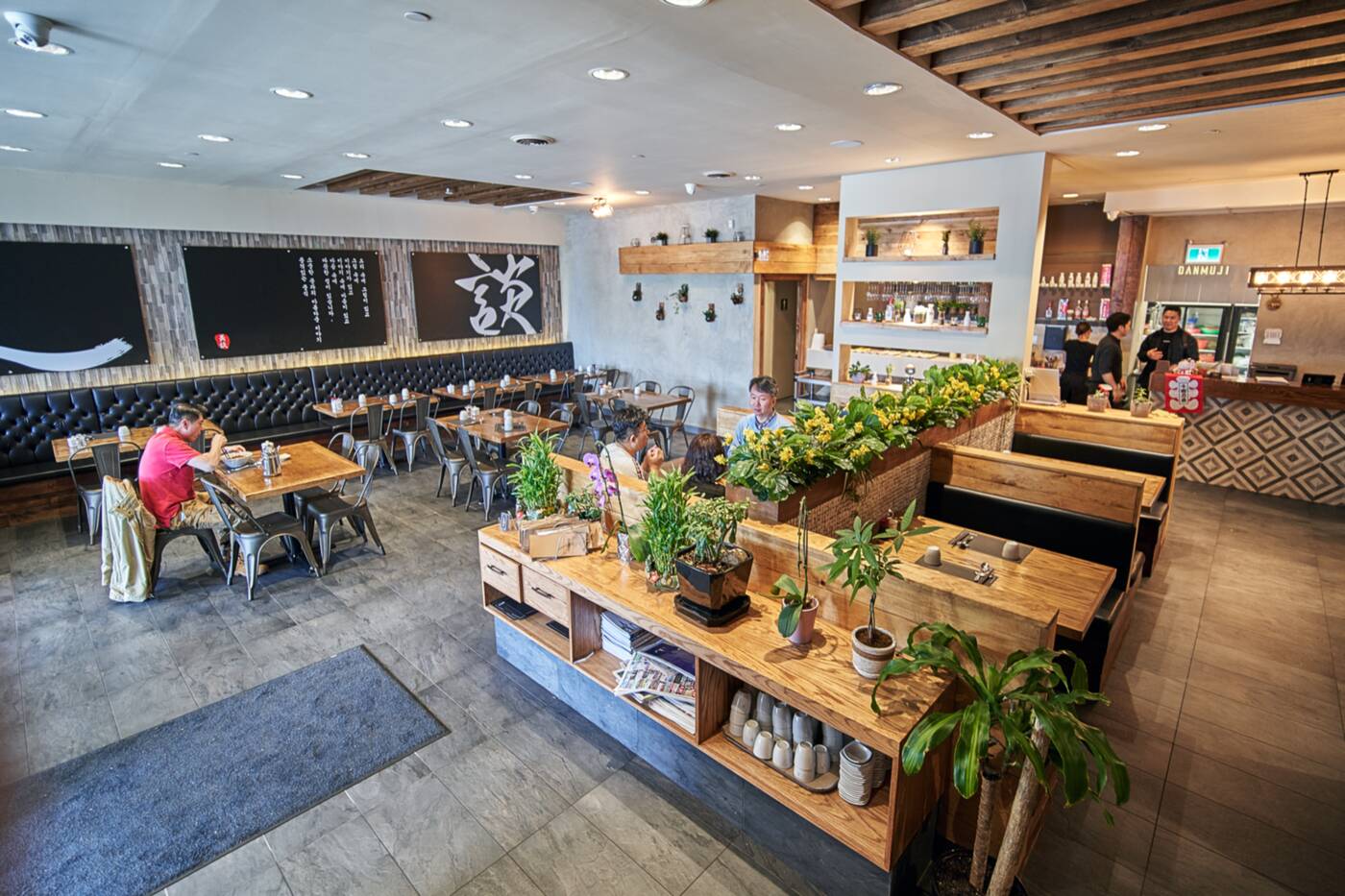 While Danmuji (which is Korean for the yellow pickled radishes usually served as banchan) doesn't sport the Meitan name, it does offer the same menu as all the other franchises, save for an item or two. 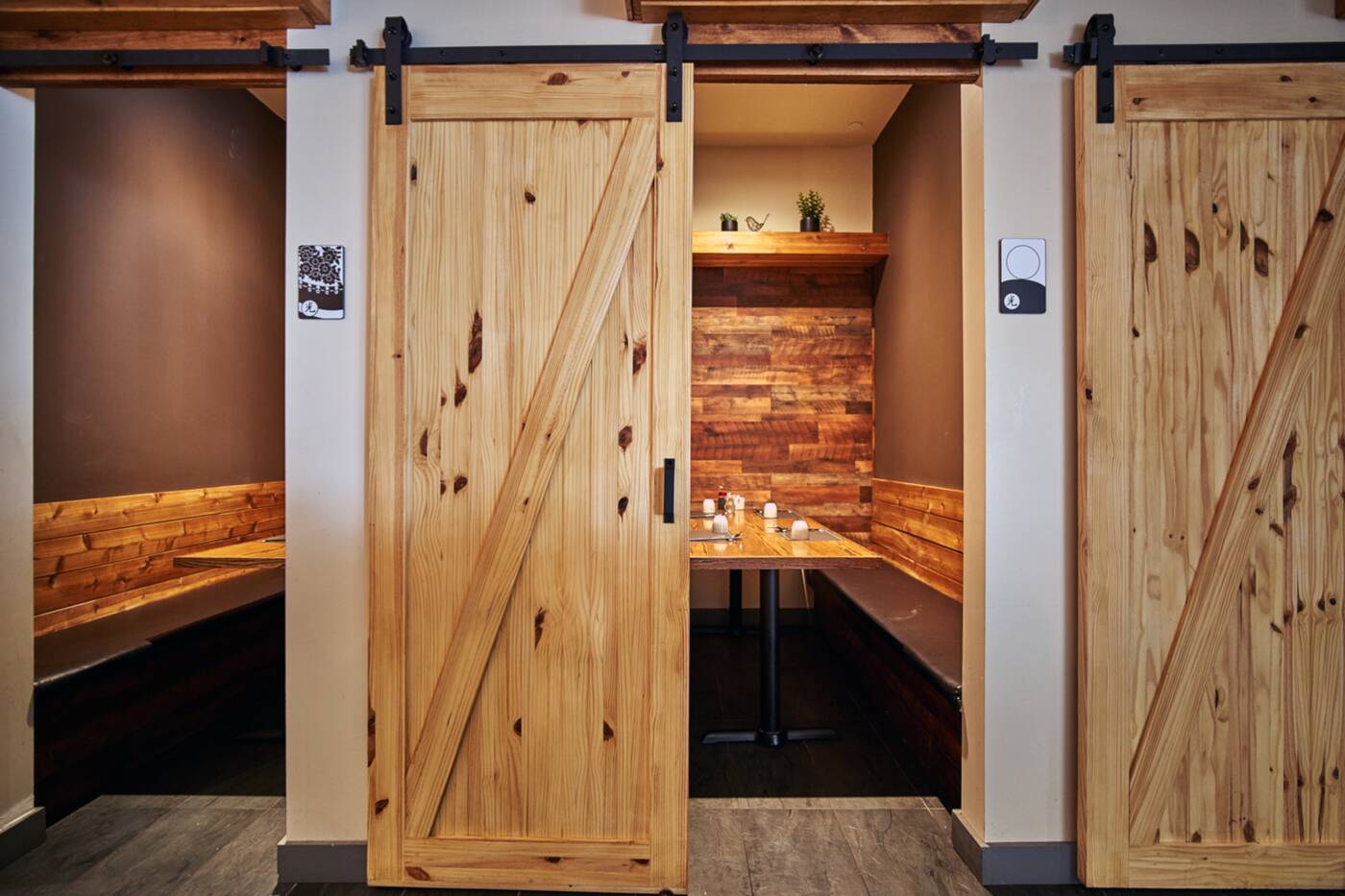 If you've never tried this cultural blend of cuisine before, just think of it as Koreans cooking Chinese food. 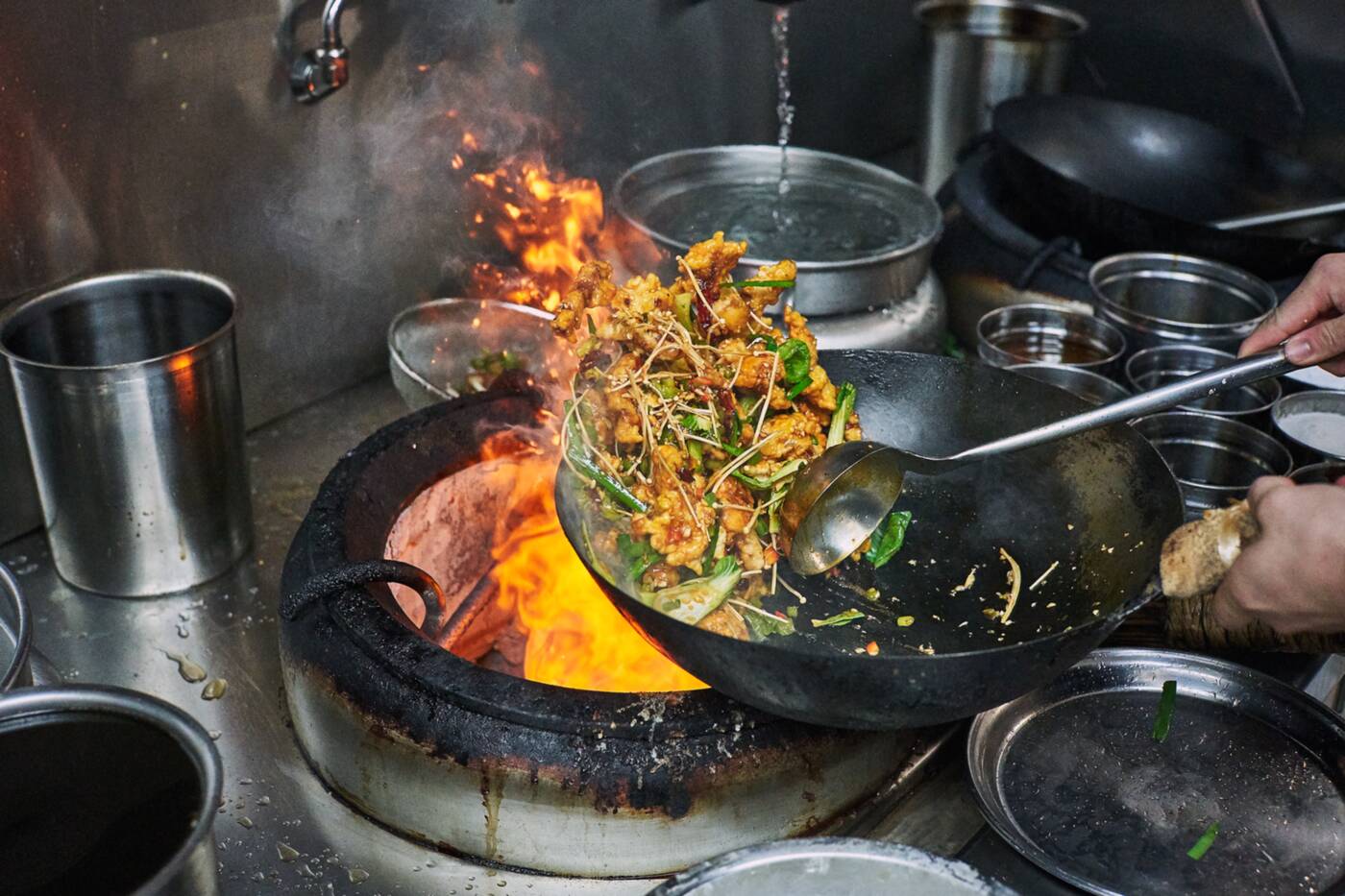 What that means is dishes often found in traditional Chinese menus, but using flavours and ingredients more popular with Korean palates. 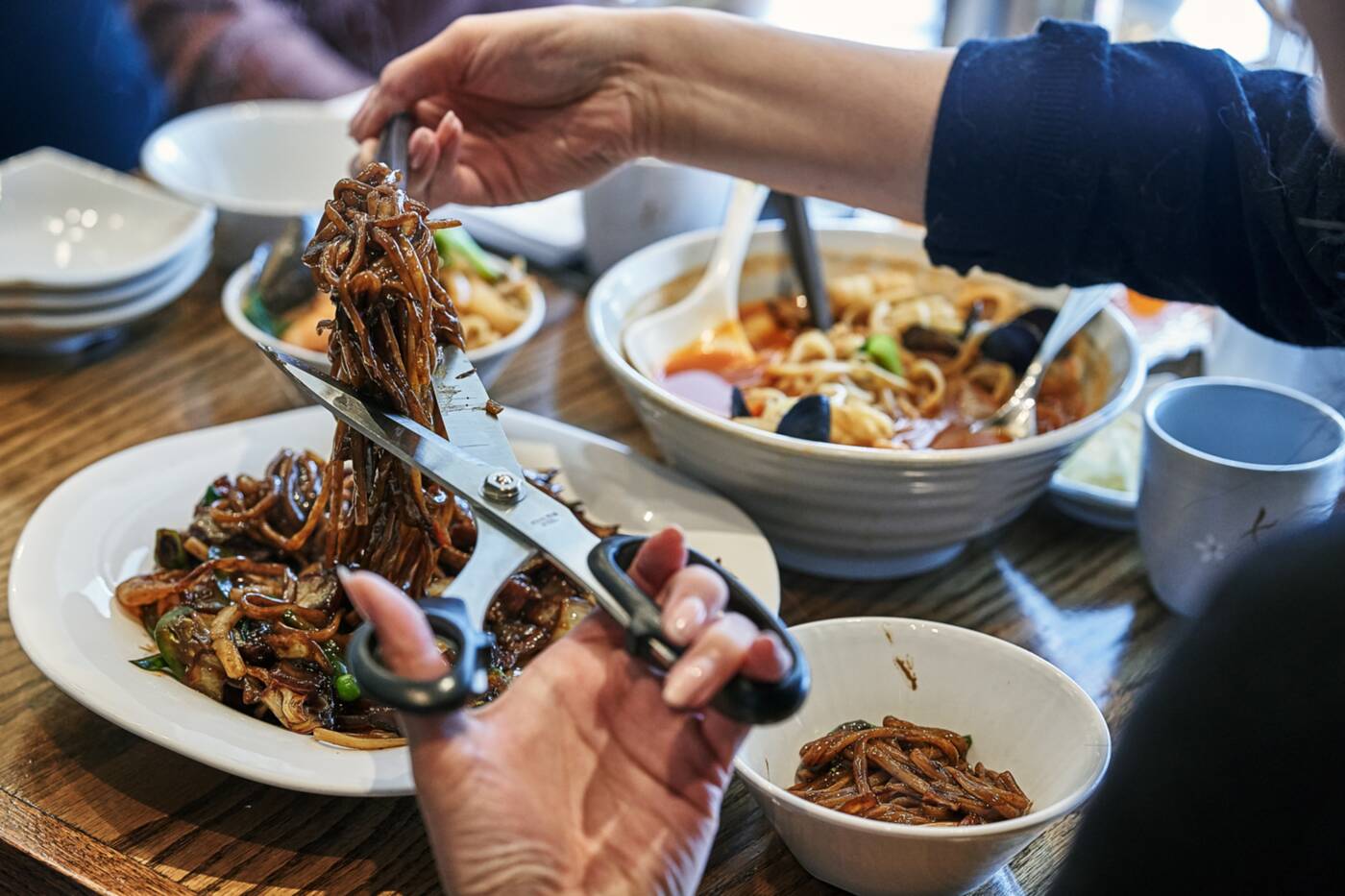 The perfect example of this is the Meitan Jia Jang Myeon ($9), the Korean-ized version of the Chinese soybean paste noodle, Zhajiangmian. 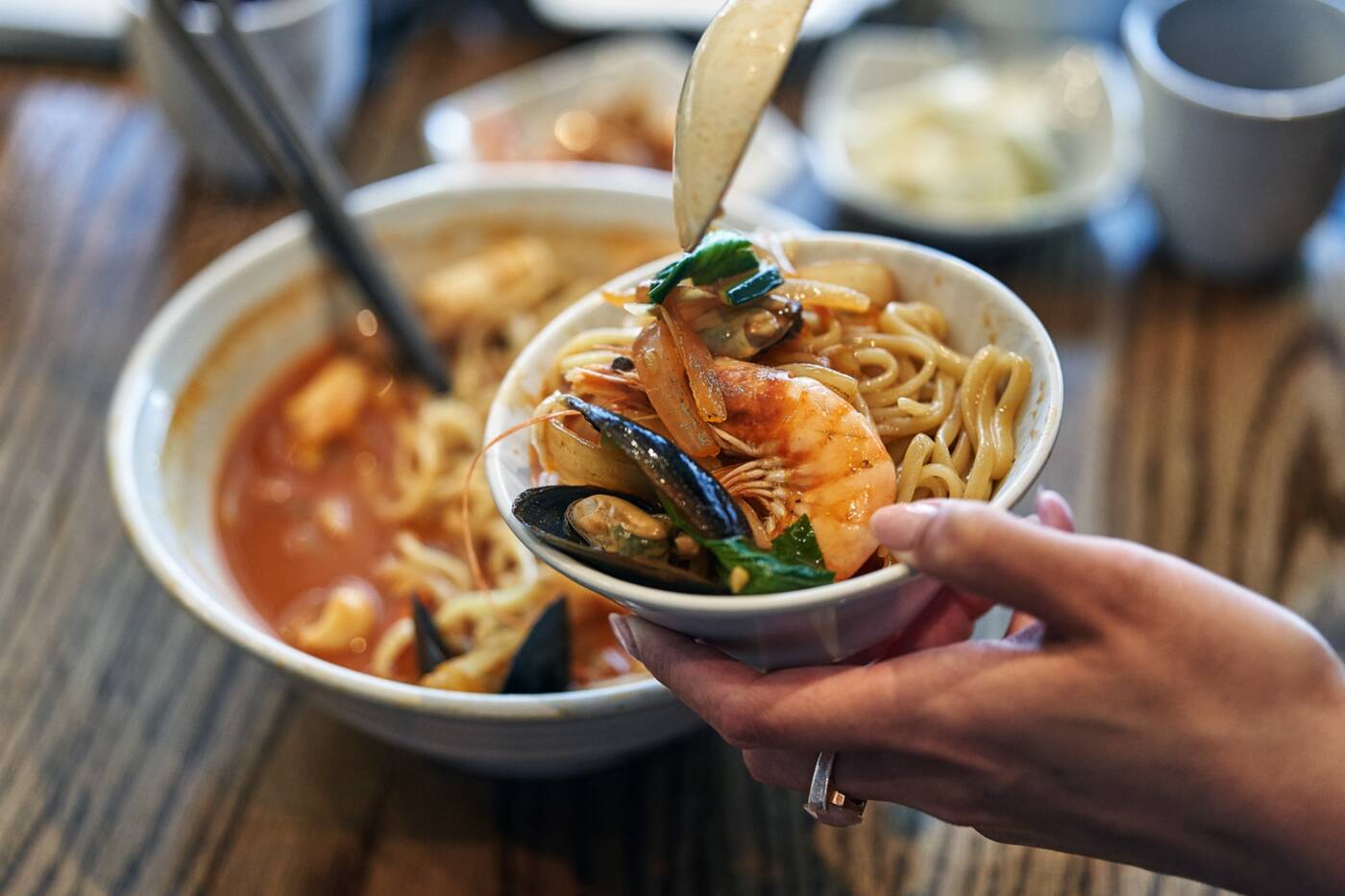 Seafood jjamppong ($12) are noodles in a seafood and red chilli broth, with shrimp, clams, and squid. 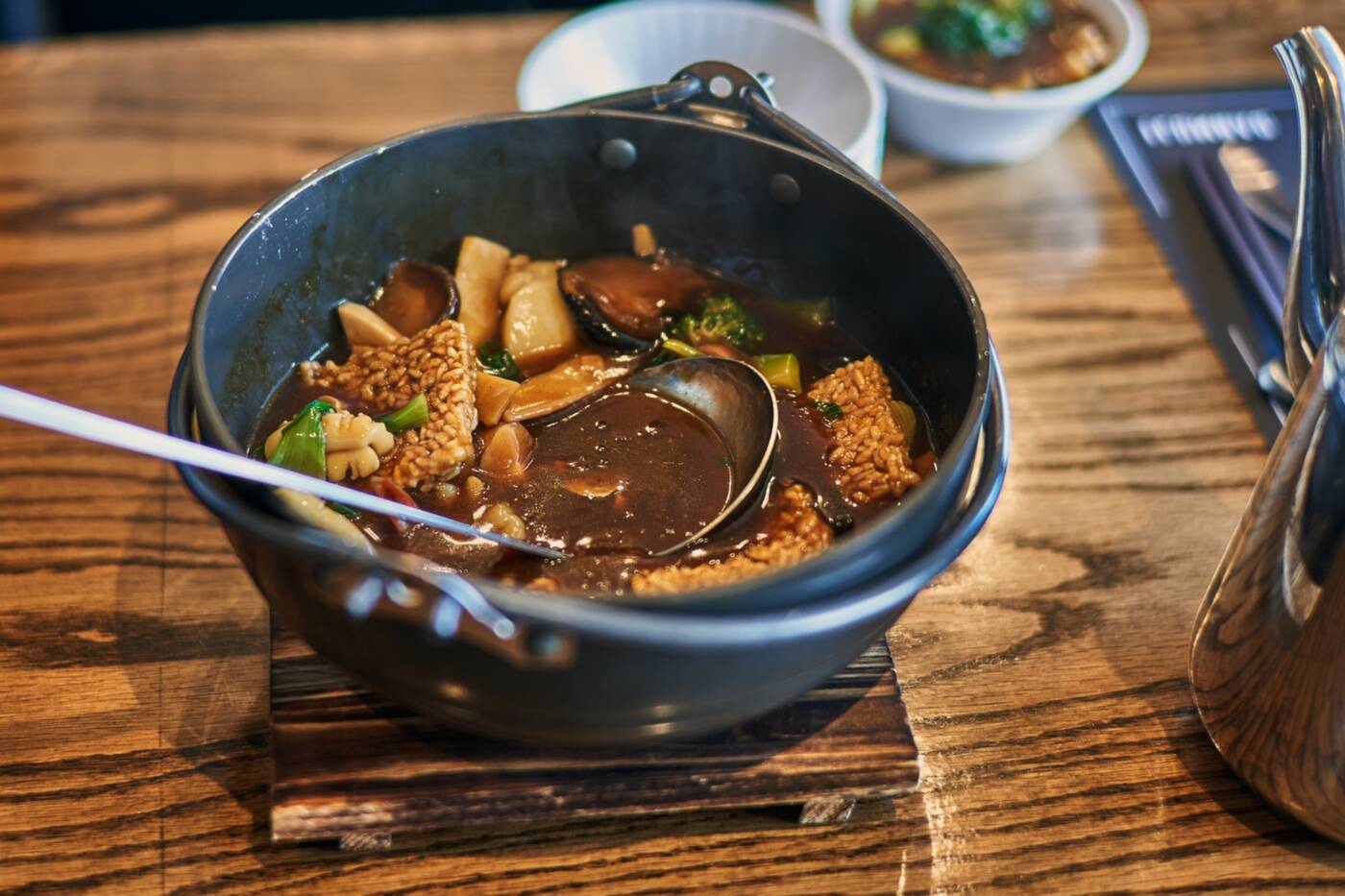 A server will come and pour the soup all over the rice, which surprisingly doesn't become mushy even after more than 15 minutes of sitting in boiling liquid. 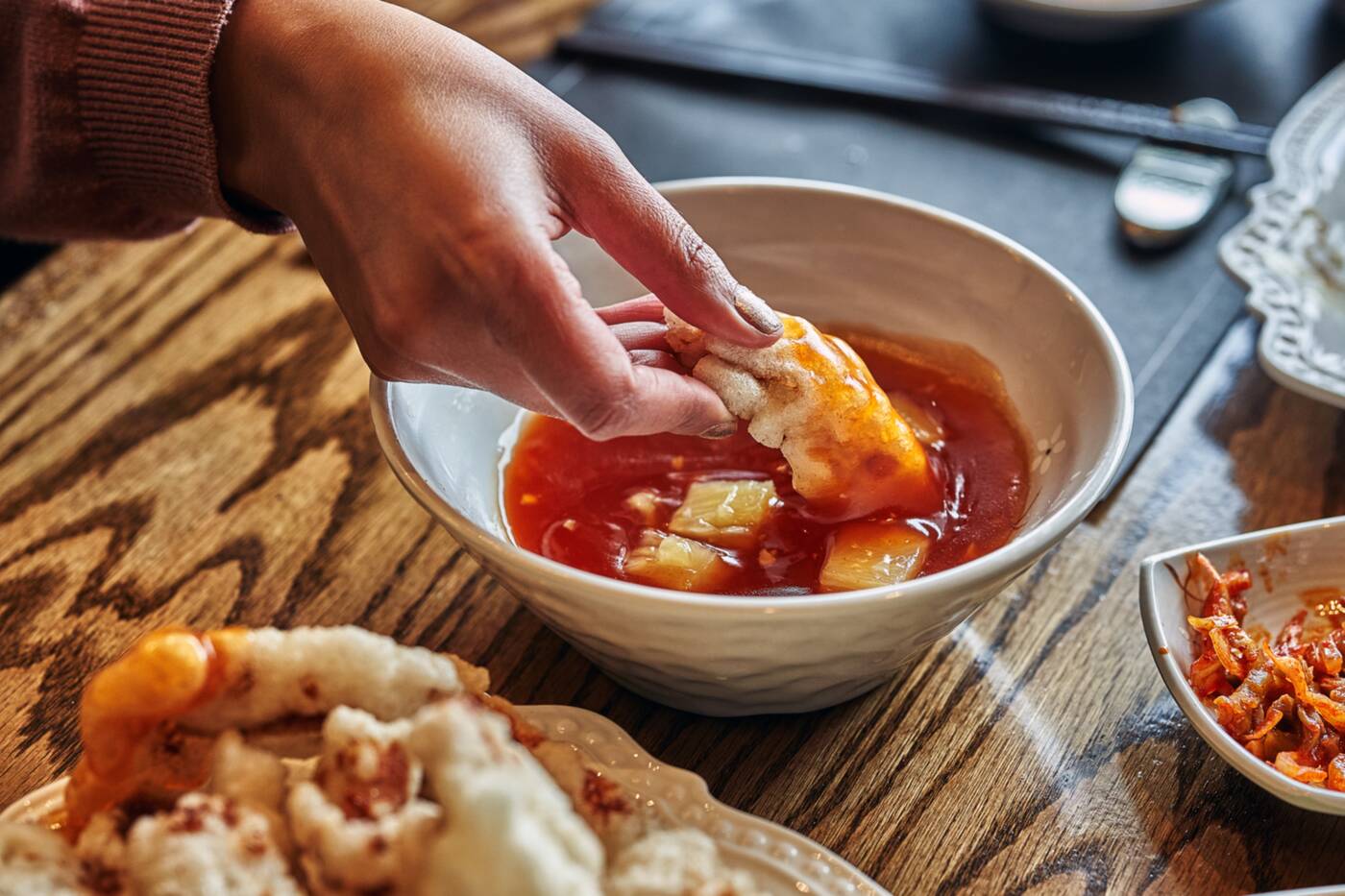 Chewy Crispy Tang Su Yuk ($22 for a small) is sweet and sour pork, but using a very different type of batter that results in a stickier, chewier bite. 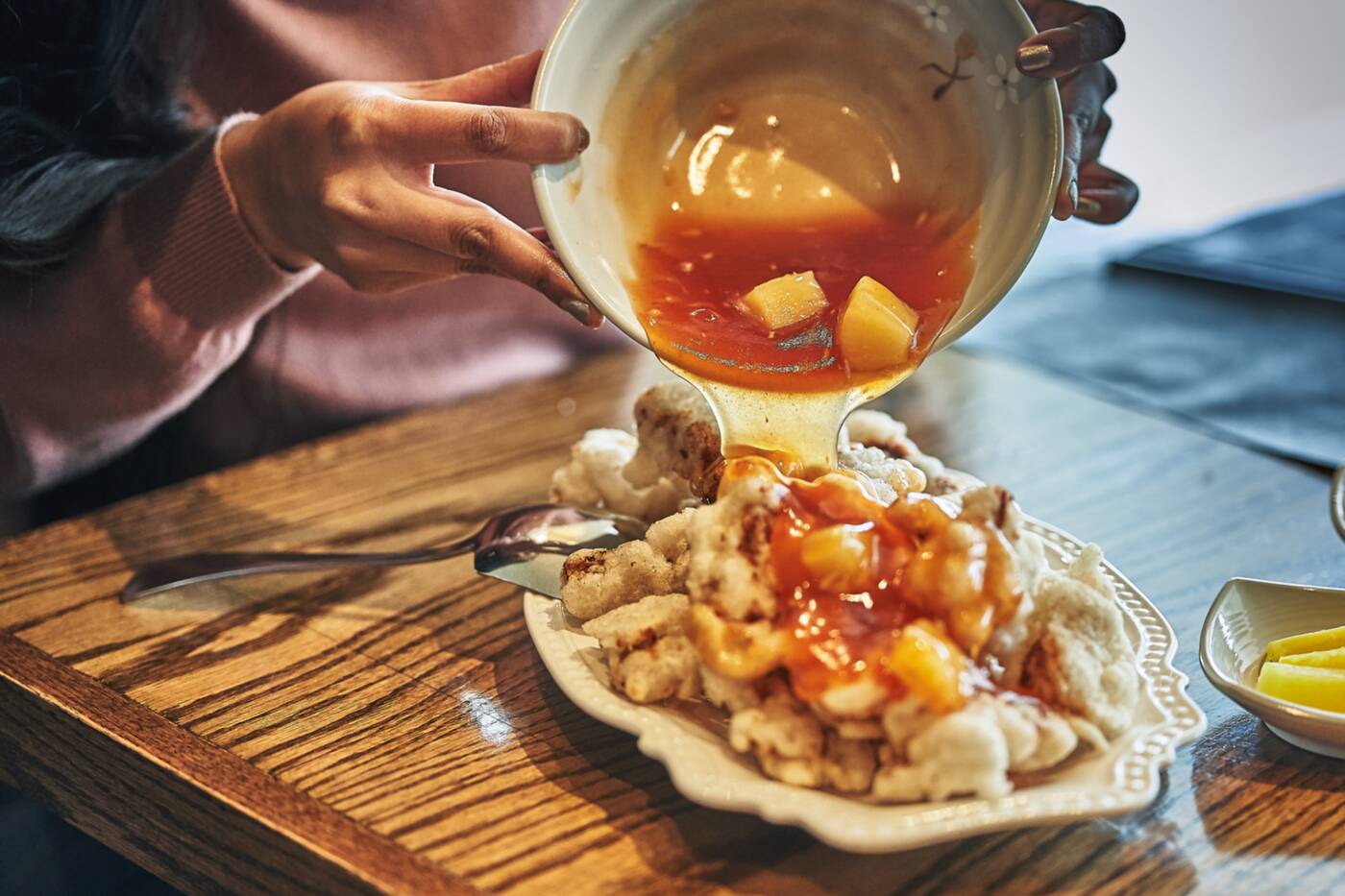 Pro tip: ask to get your sweet and sour sauce on the side. You'll be able to taste the pork much better before drenching it in viscous sauce, with veggies and almond slices. Otherwise, it comes pre-mixed. 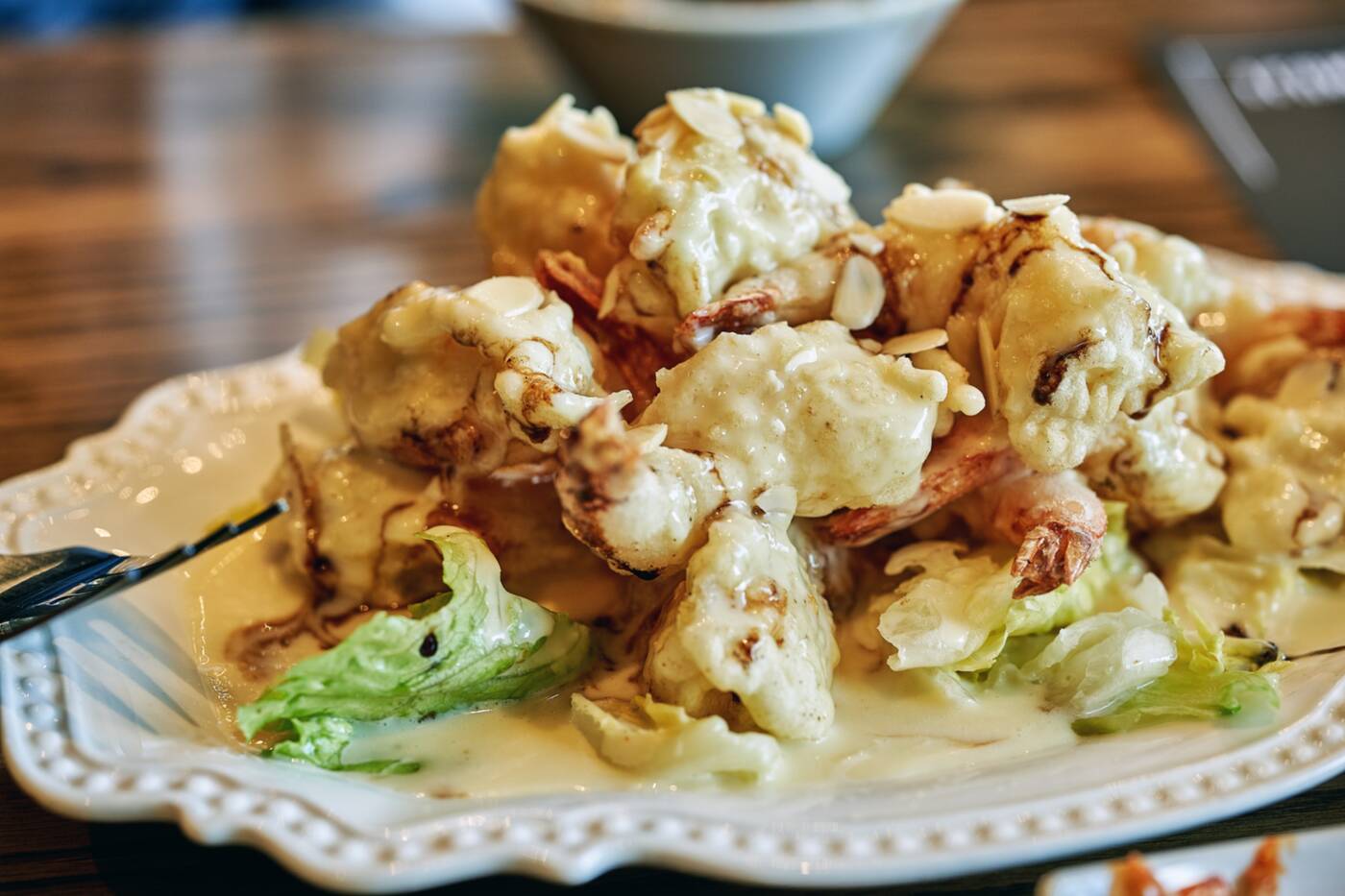 Deep fried shrimp ($24 for a small) comes served with your choice of a kkan pung sauce (spicy garlic), or cream sauce. The latter is thick, tangy sauce resembling Russian dressing; next time I'd feel inclined to try the kkan pung sauce. 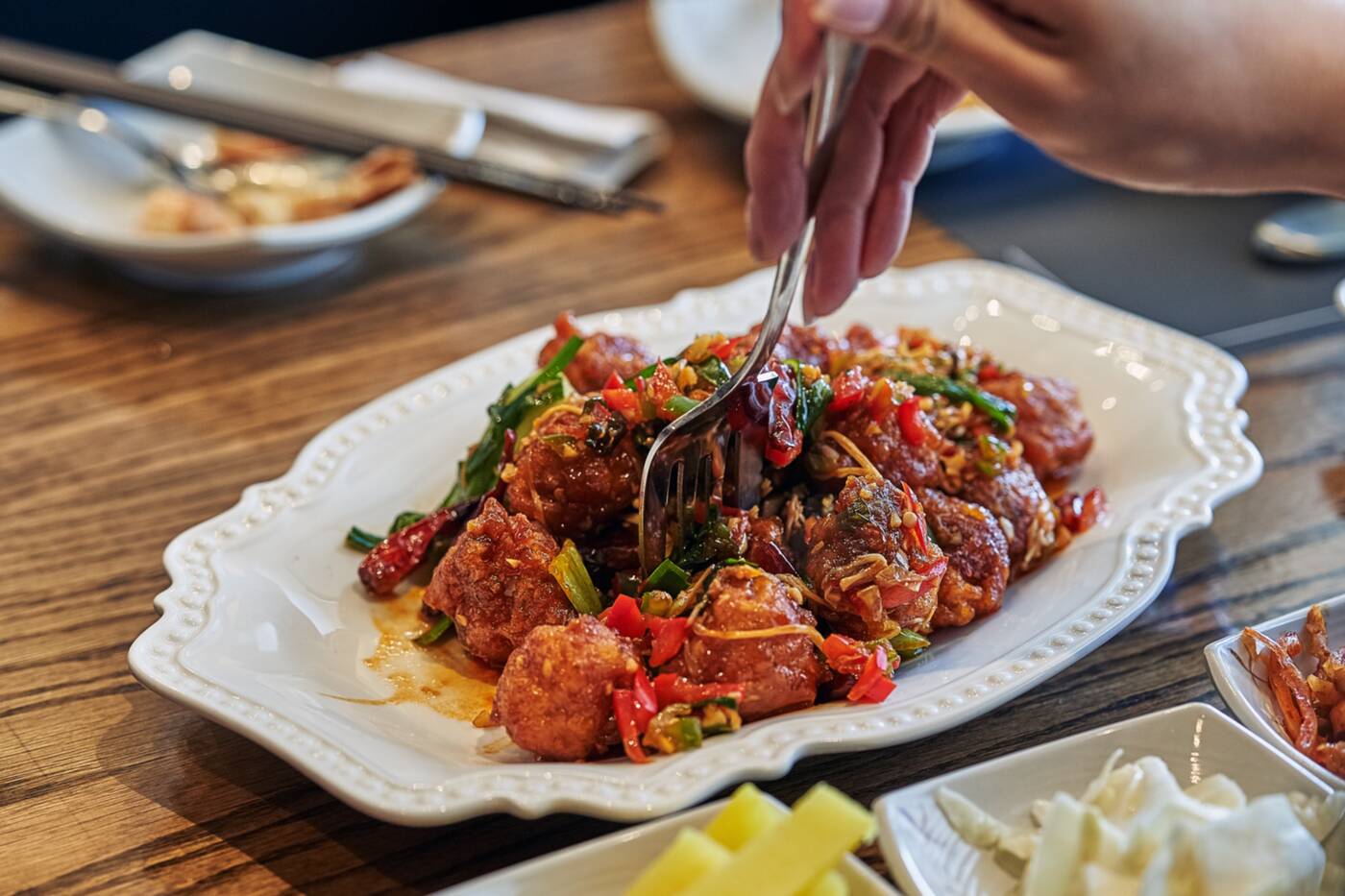 Kkan pung gi is another Korean Chinese staple. Deep fried chicken is served with veggies and mixed in a spicy garlic sauce. 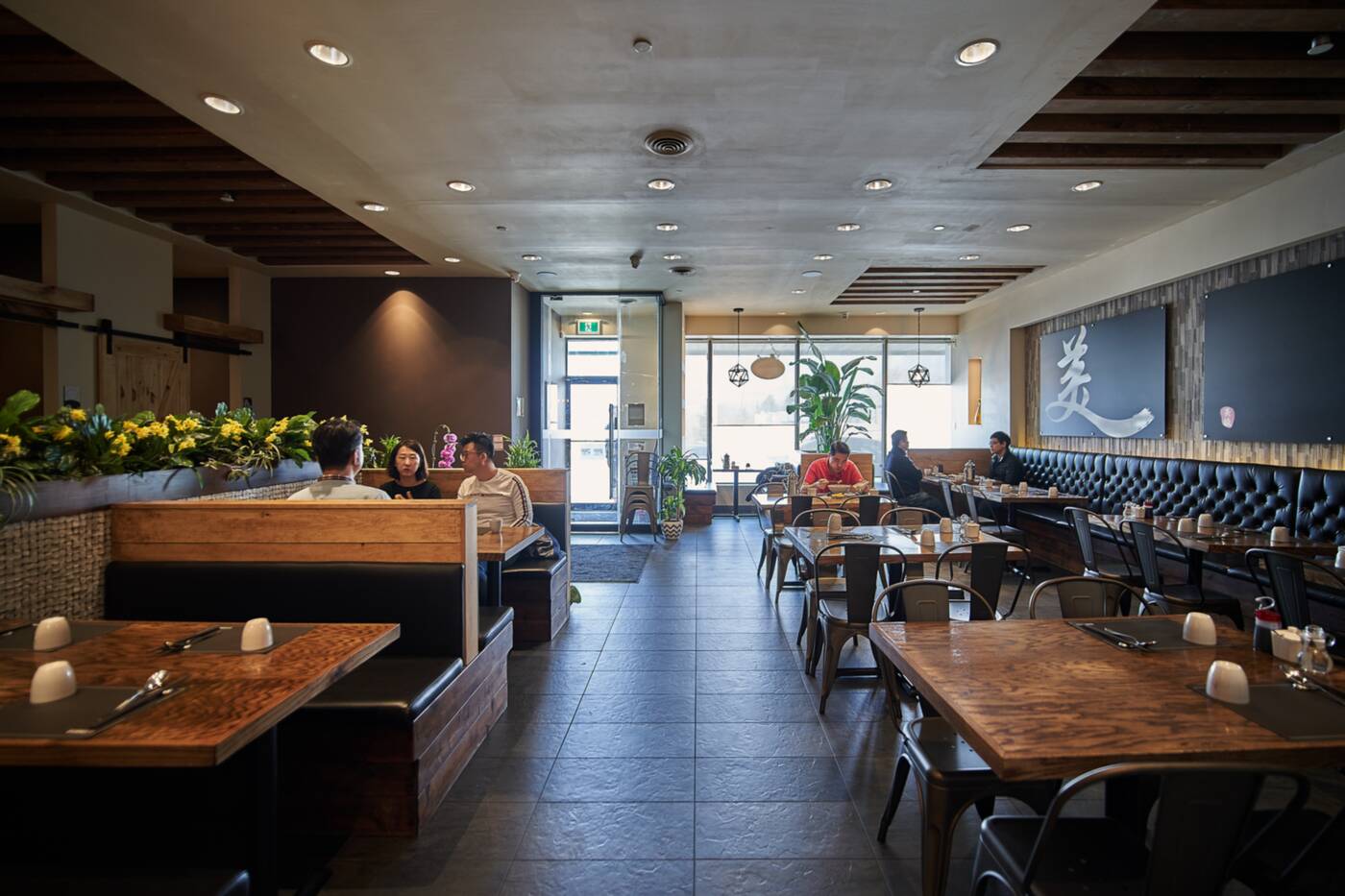 With huge family-style plates and some very affordable noodle dishes, Danmuji is a welcoming meeting point of two different cuisines. 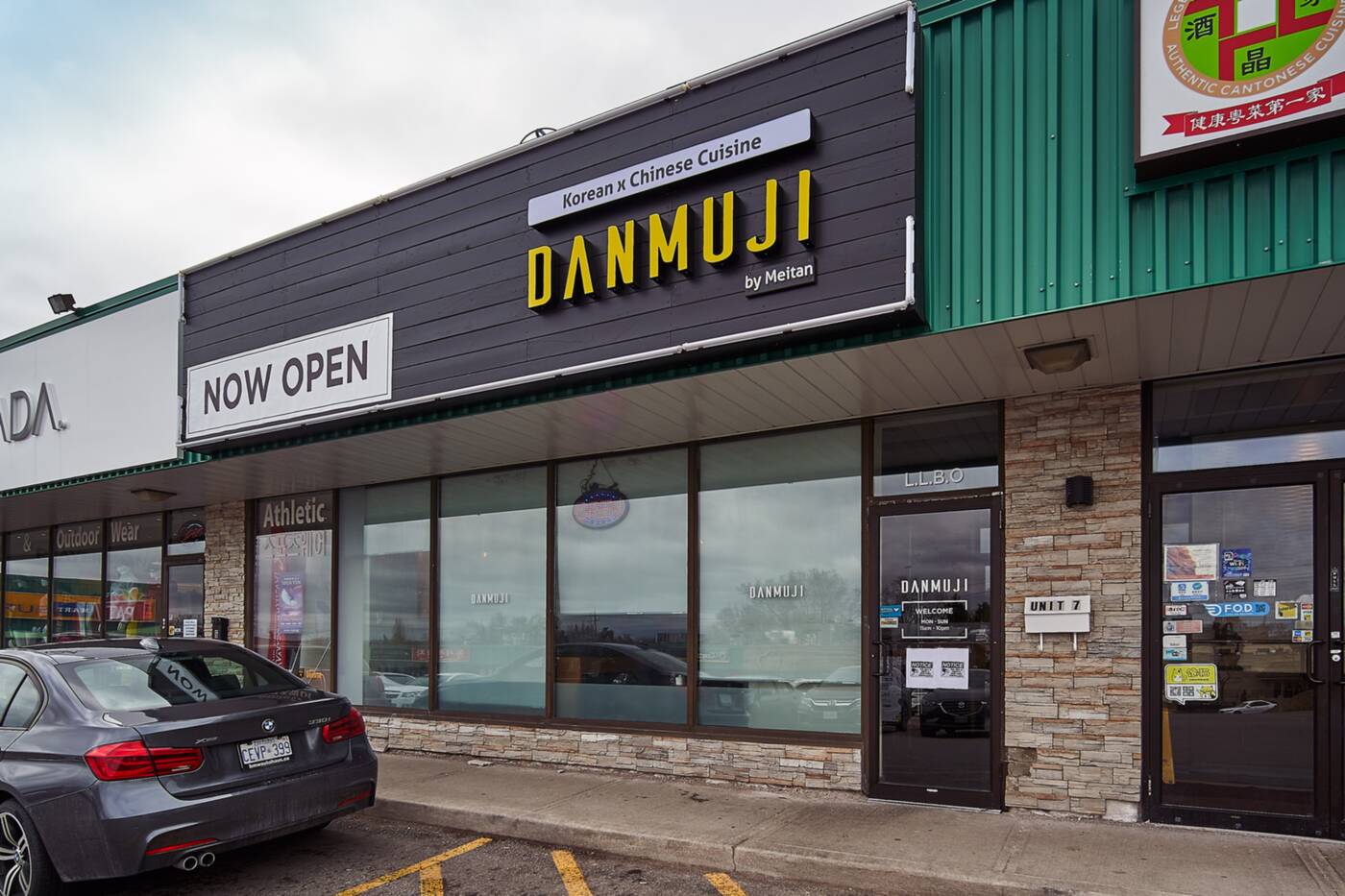