Dairy Cream is currently open but their offerings and services may be affected due to the pandemic. Please contact the business directly for more information about any changes. Is this your business? Please contact us if you would like to update this message.

Dairy Cream has been serving old school soft serve and funnel cake for over 60 years.

Strikingly similar to Tom’s Dairy Freeze, the continued success of these two retro soft serve parlours harkens to a time when before all the modern ice cream parlours and over-the-top chains. 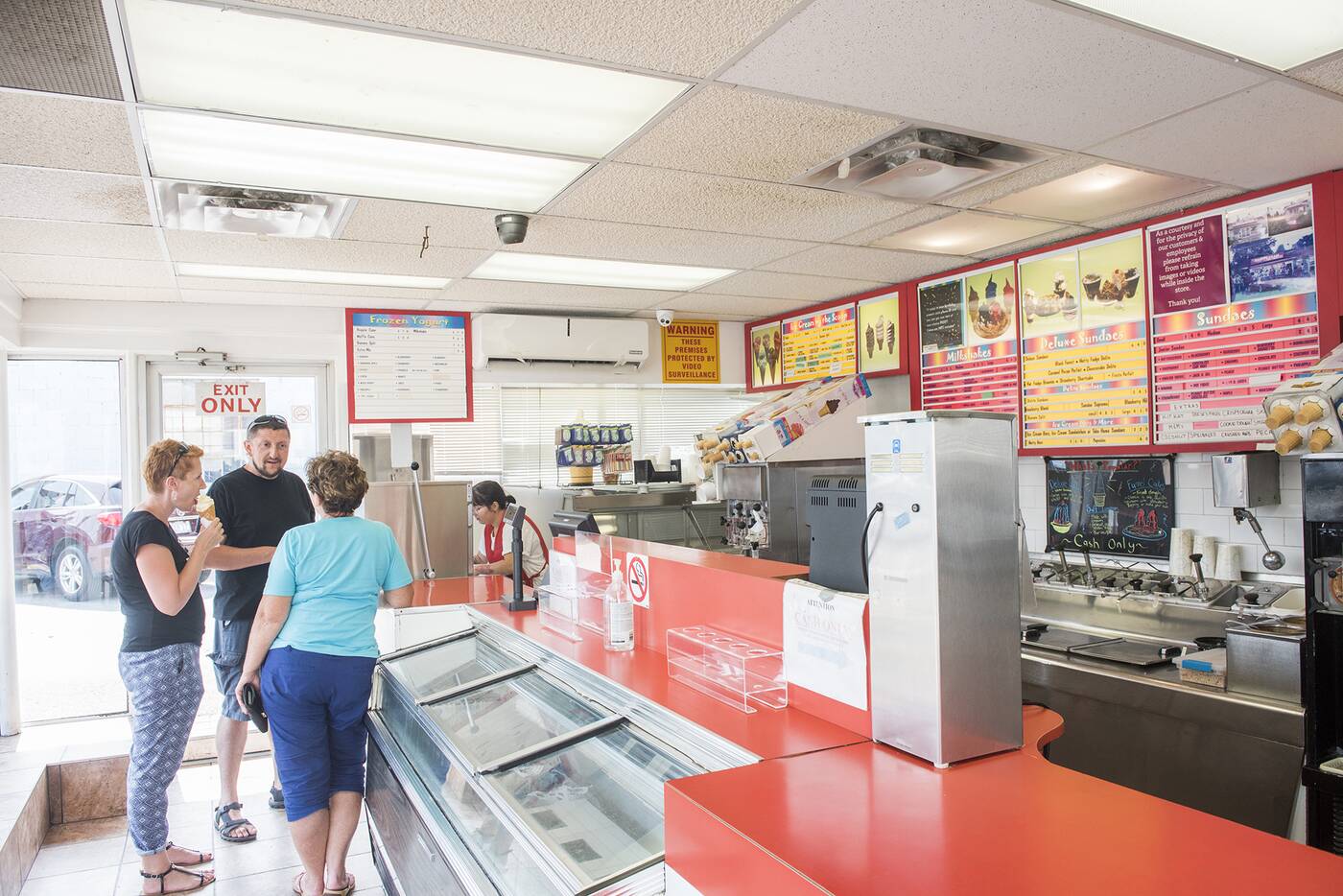 The smell of frying funnel cake wafts out to the parking lot where customers usually consume their treats, picnic tables dotted around the asphalt. The interior of the place itself itself is relatively cramped in the typical fashion, lineups of rowdy customers spilling out on hot summer evenings. 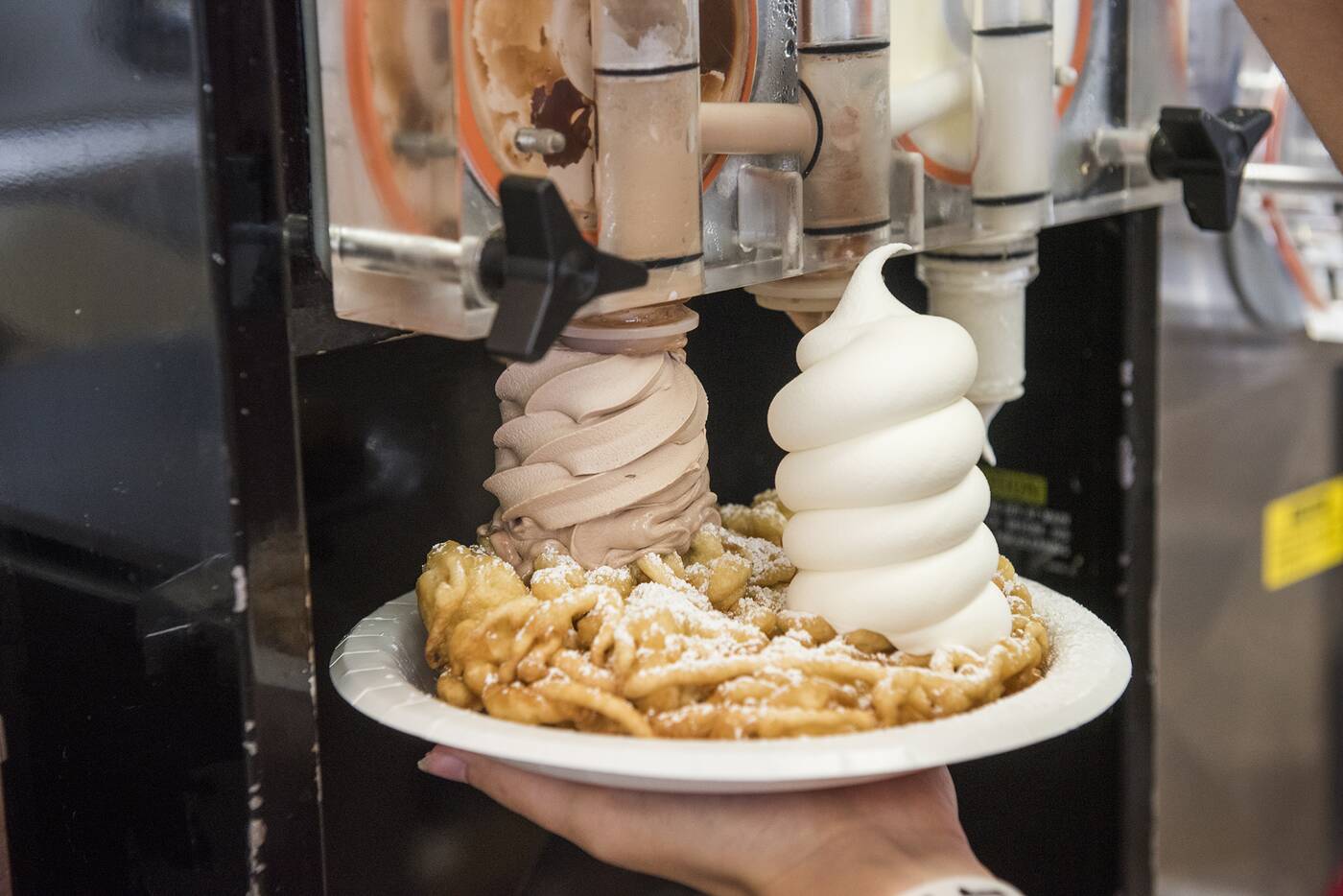 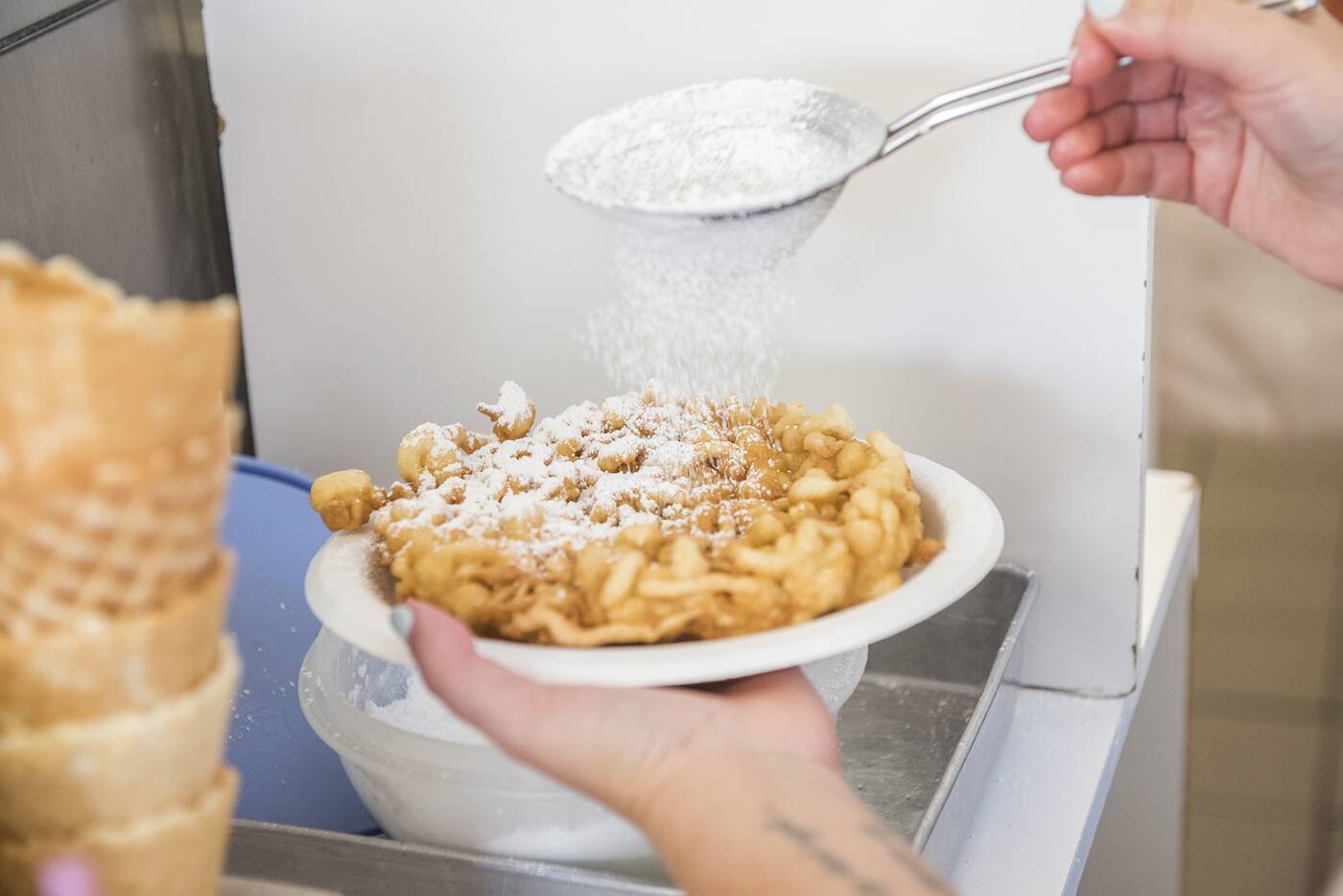 They can fry five funnel cakes at a time in their old school fryer, molds ensuring the golden brown squiggles of puffy dough are formed into perfect circles. 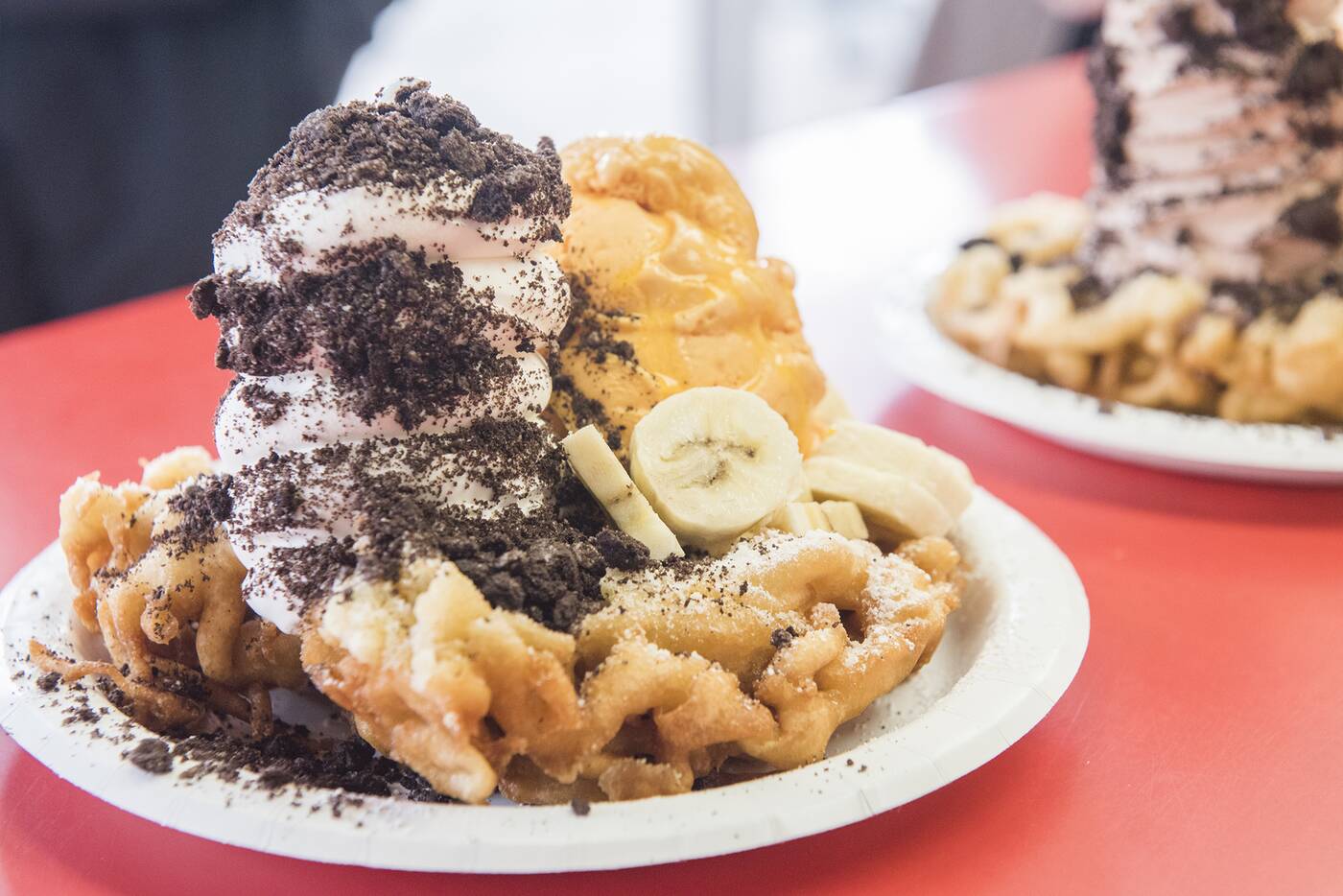 Their secret is they use canola oil, which lasts longer so the funnel cake doesn’t take on a burnt flavour. 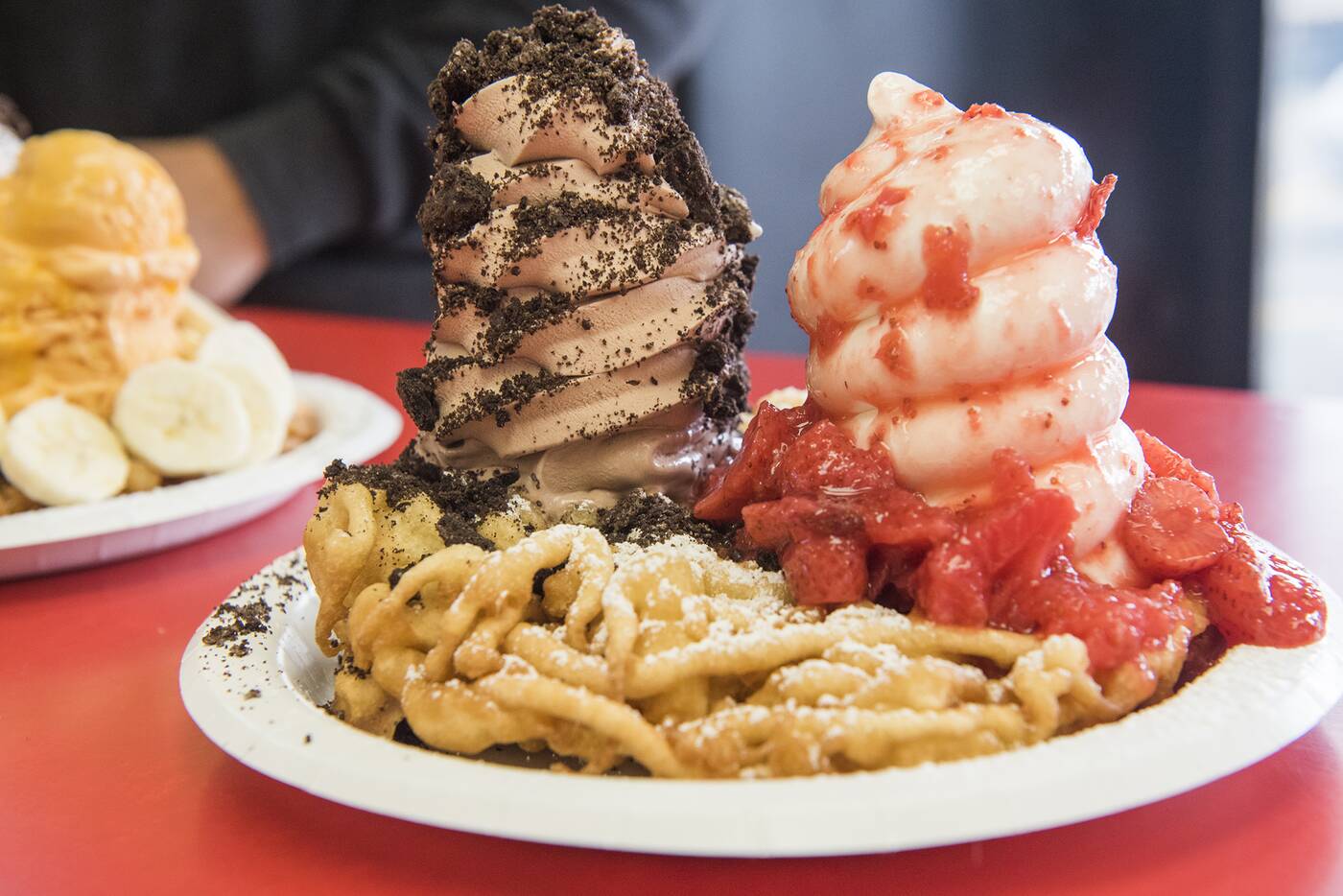 You can also get funnel cakes for two ($10.85) with two styles of ice cream of your choice. 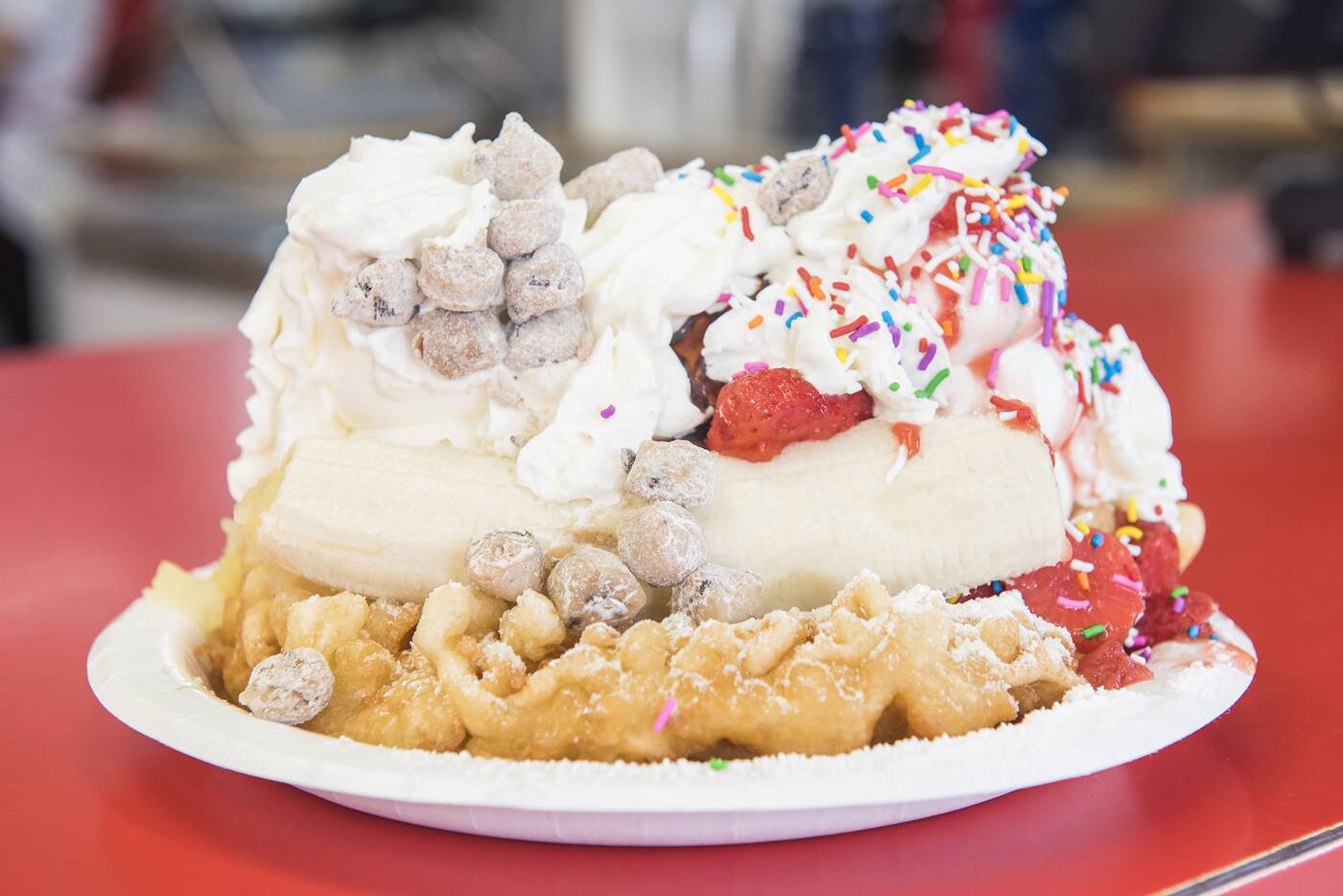 They’ll allow you customize pretty much anything they’re physically capable of, which leads to secret menu hacks like banana split funnel cakes ($12.50) with three towering helpings of soft serve. 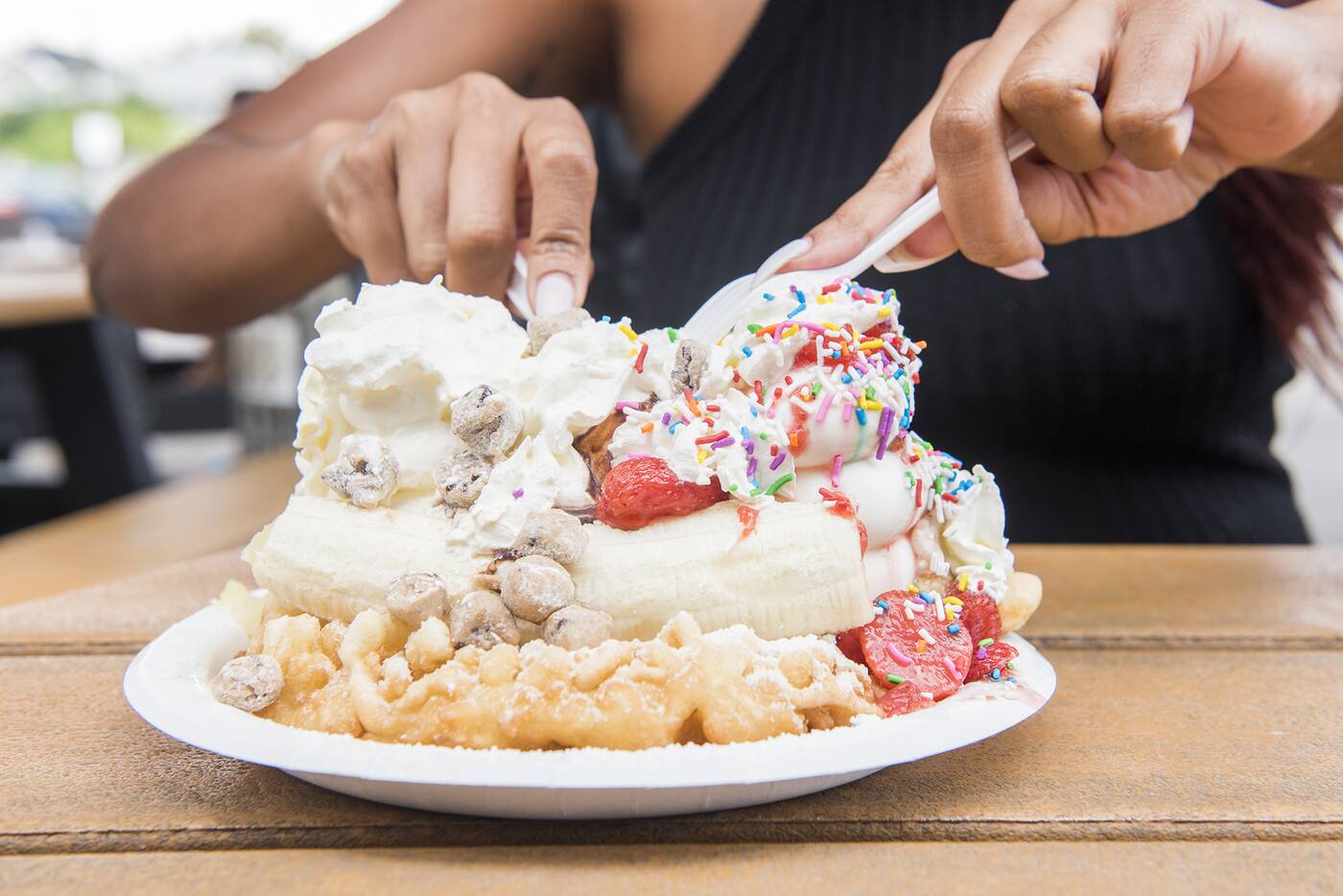 The classic banana split toppings are chocolate sauce, strawberry, pineapple and whipped cream, and we add chewy, salty little chunks of cookie dough and fun colourful sprinkles on top of that for pretty much the most epic ice cream creation I’ve ever shared. 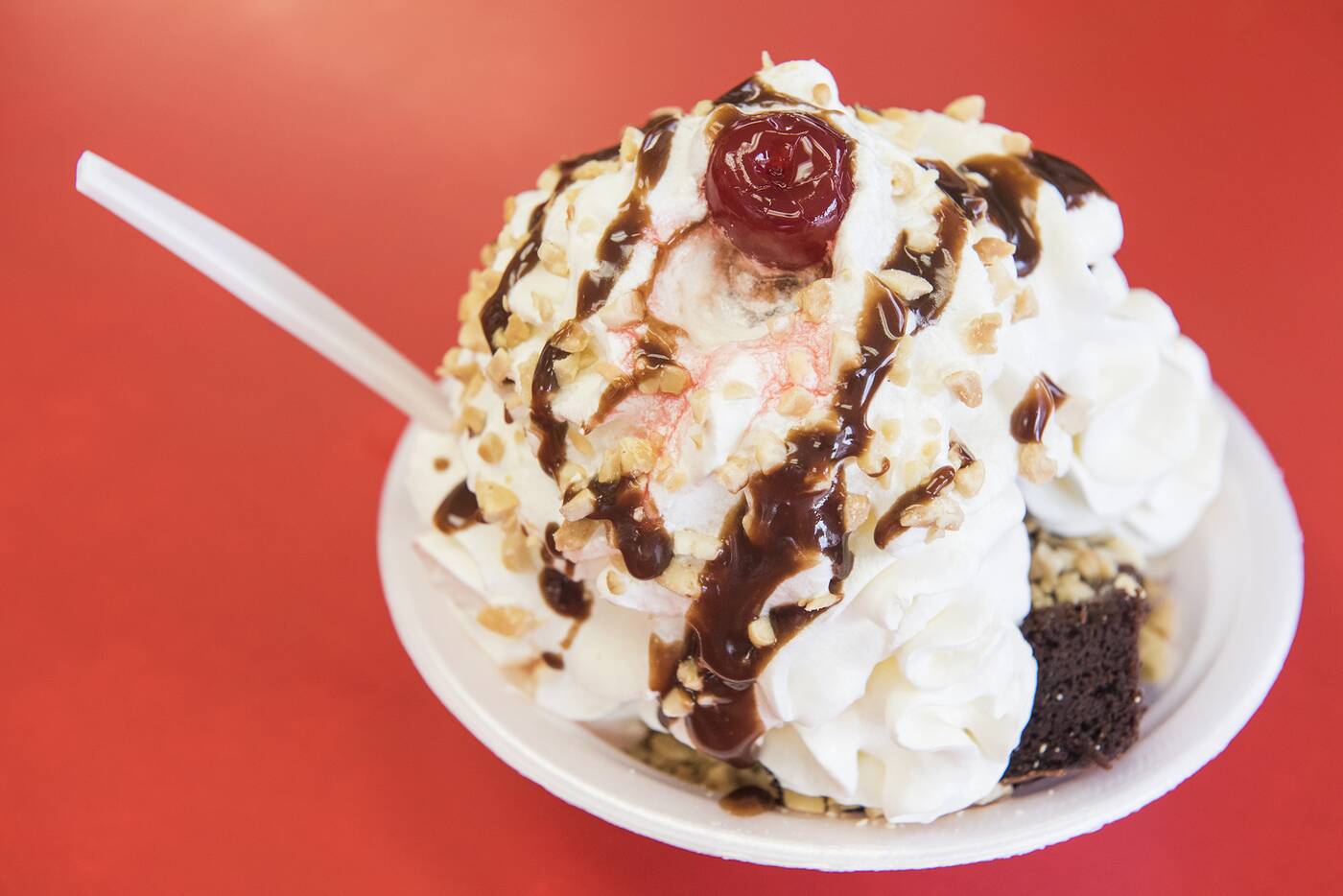 A hot fudge brownie deluxe sundae ($6.40) is more toned down, if you could say that about anything here. 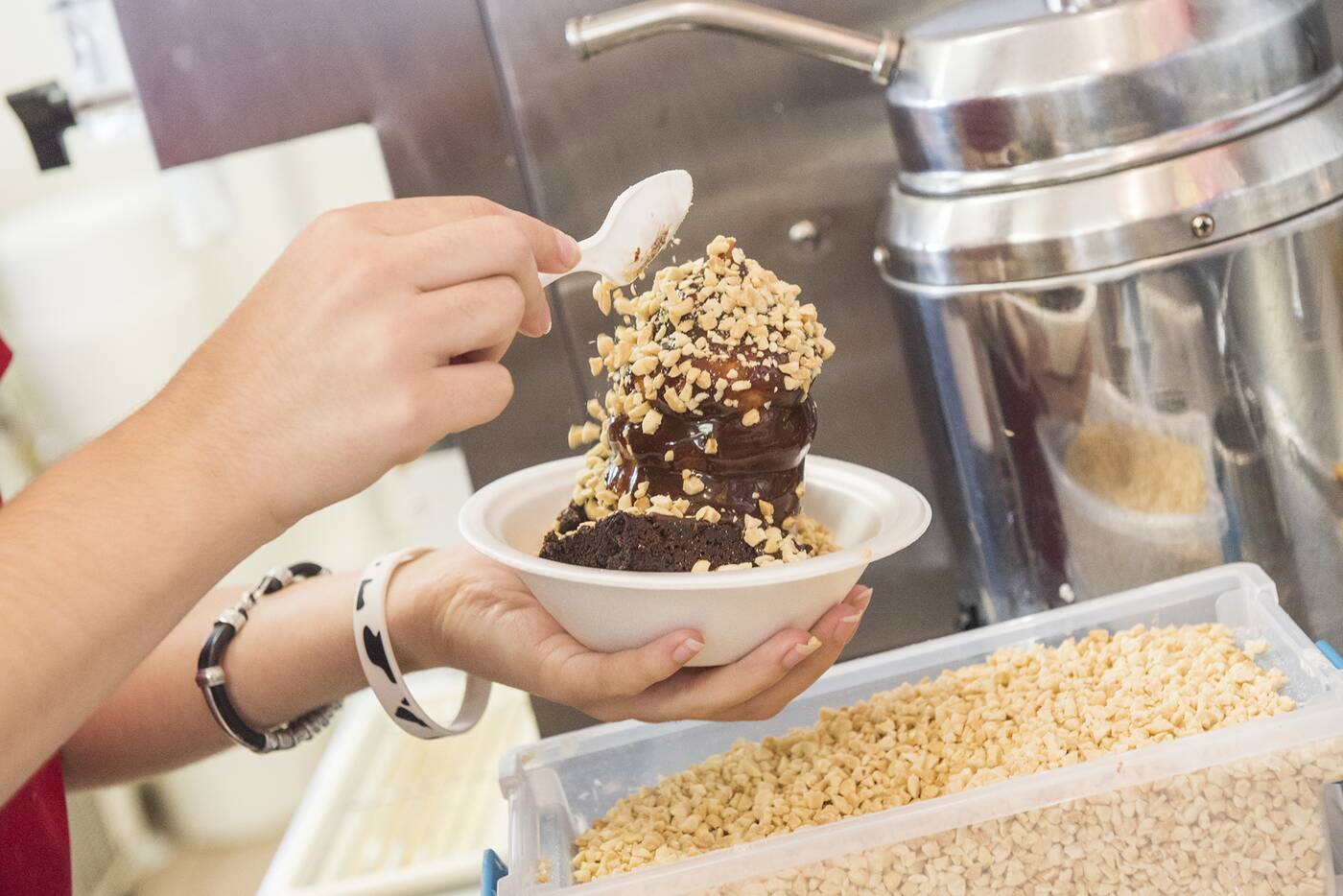 The brownie is actually homemade and it’s super fudgy and chocolatey to the core, creamy soft serve, nuts, luscious hot fudge and whipped cream on top. 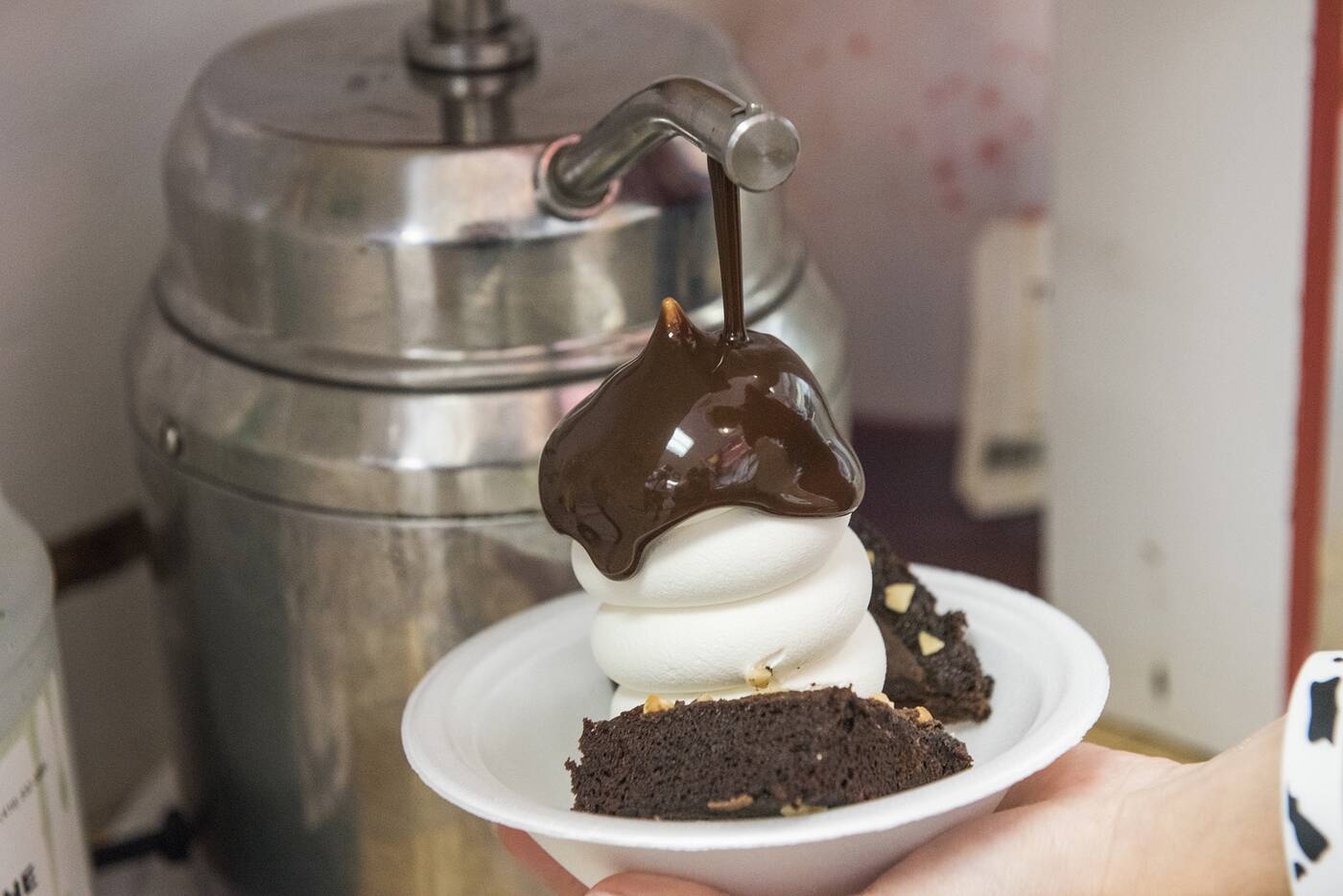 The soft serve itself is made with real cream and milk rather than cheaper ice milk. 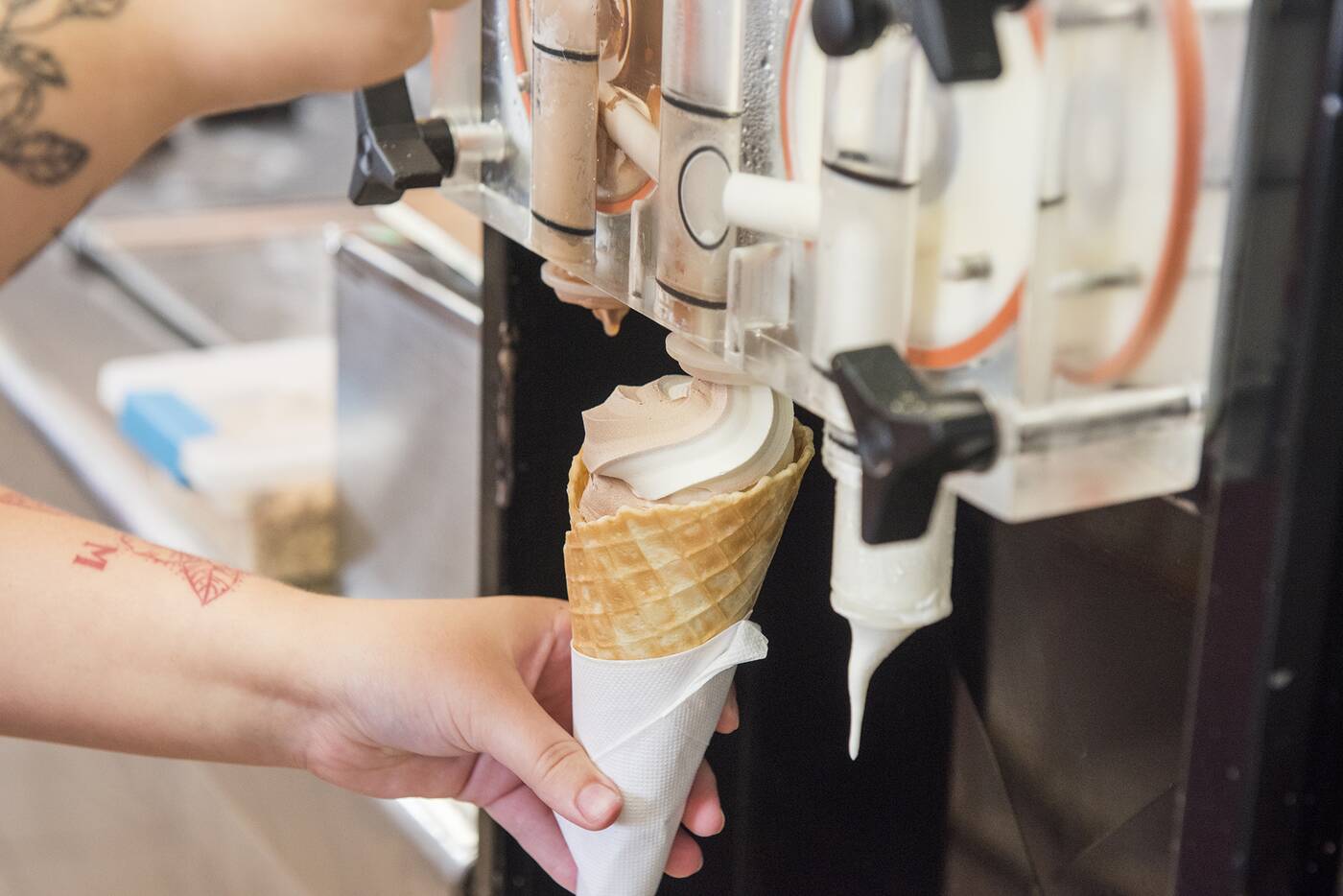 Instead of pumping the ice cream with air to get more longevity from their ingredients, the air is actually taken out of the soft serve here so it’s incredibly dense. It actually feels physically heavier holding it in my hand. 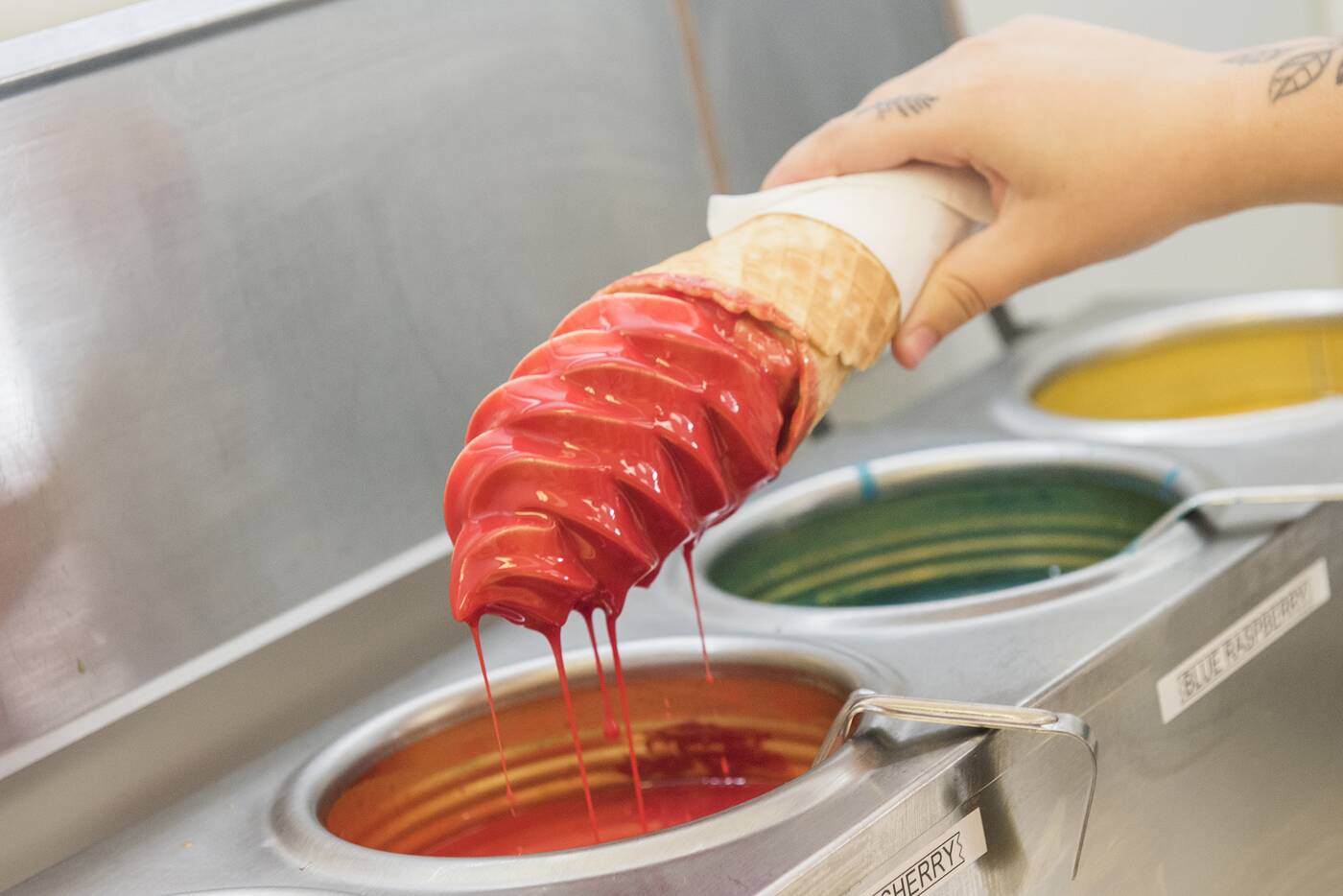 Even a straight up dipped waffle cone ($4.10) feels way larger and heavier than average. 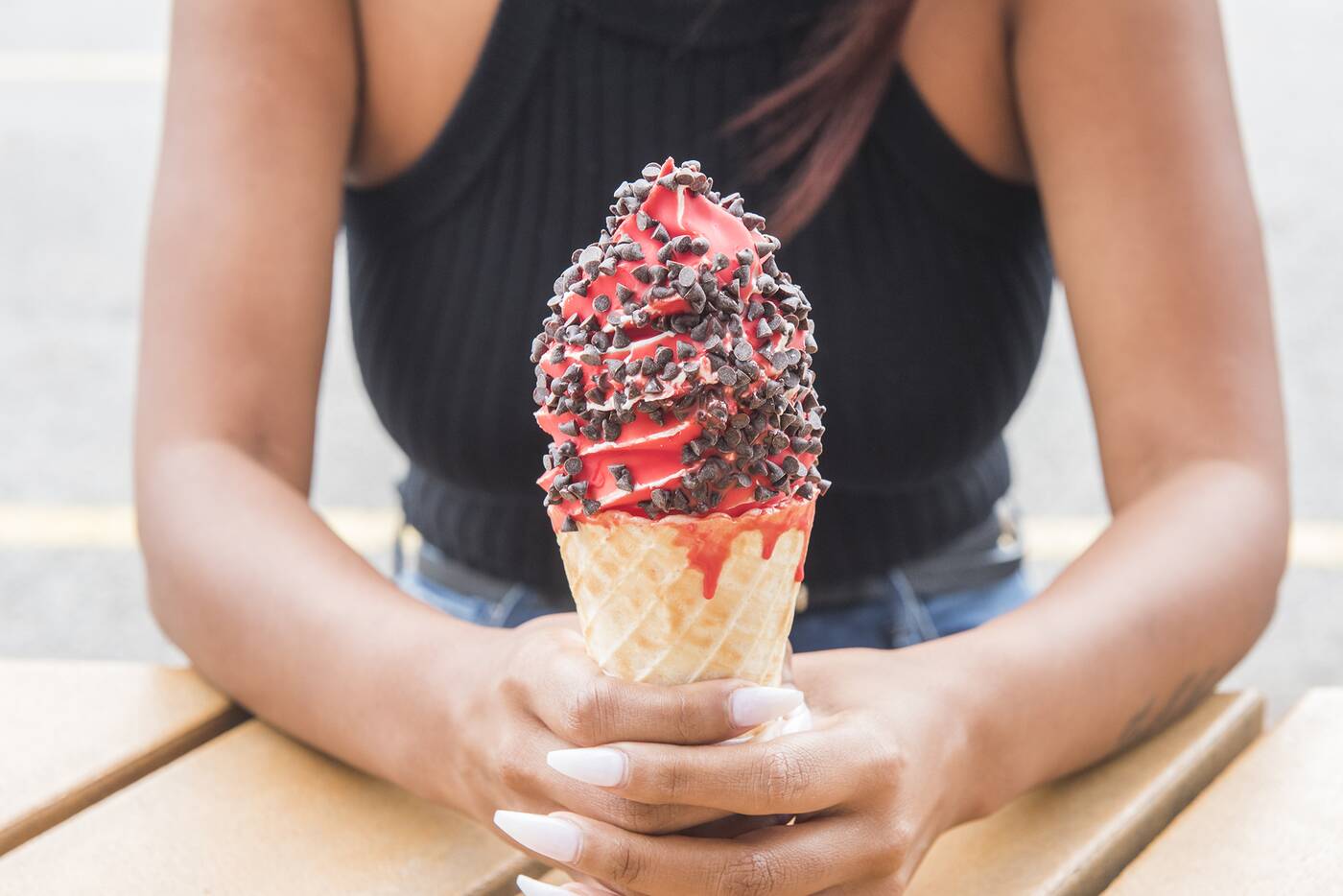 The cones are actually made in house, we do a yummy chocolate-vanilla swirl with a cherry dip and mini chocolate chips. 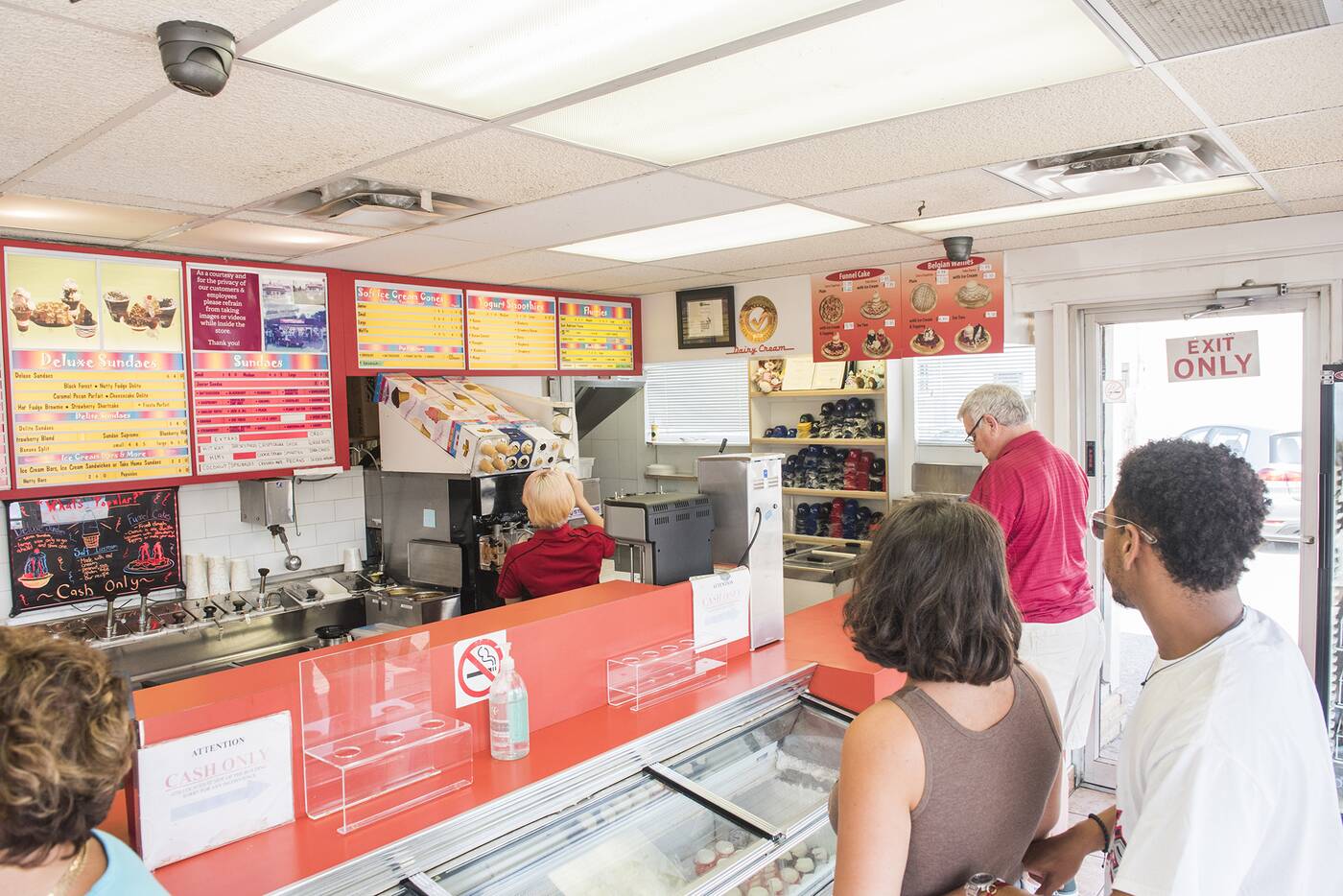 Dairy Cream is cash only, and they’re open every day from early to late, including all summer holidays. 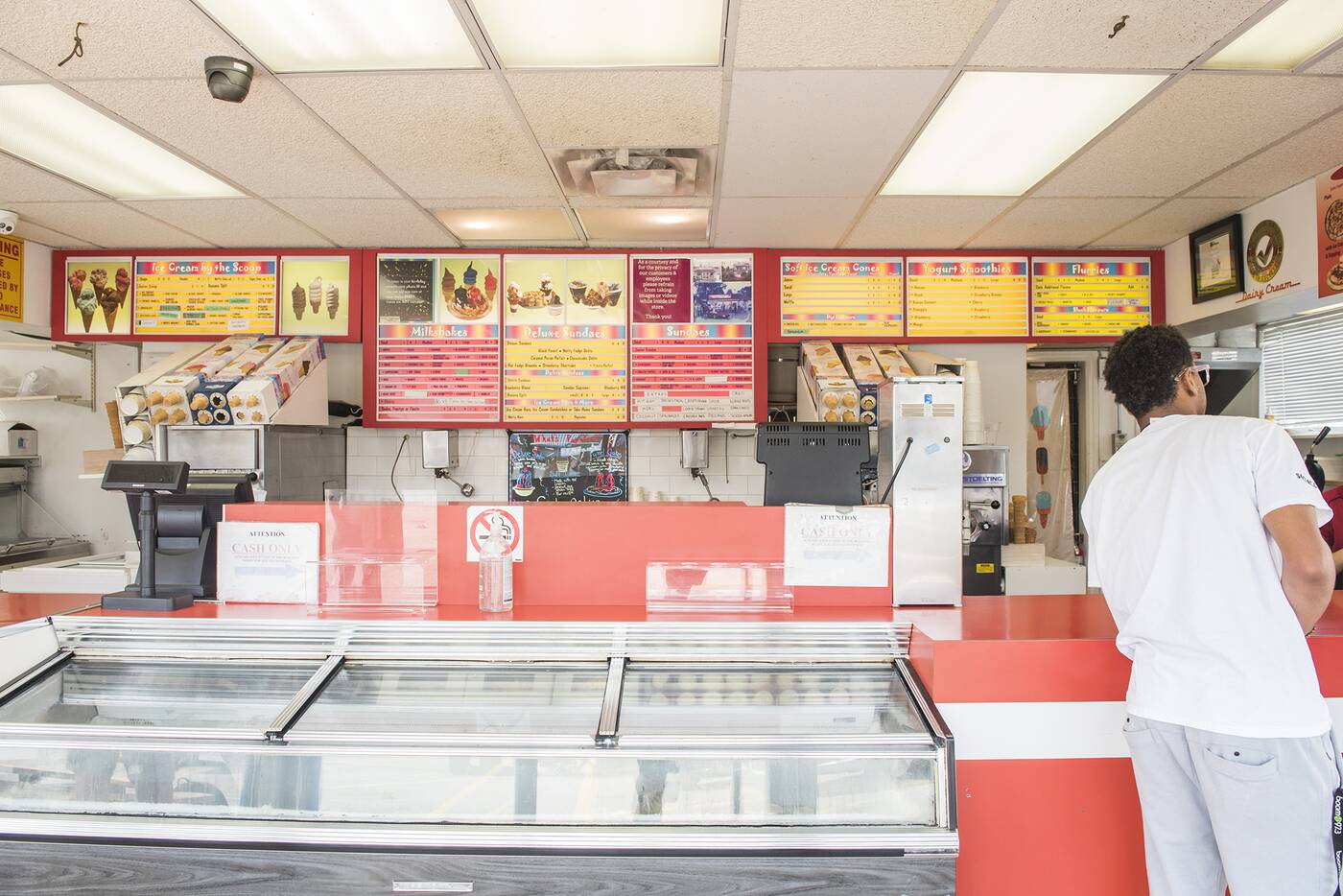 In winter they sell Christmas trees in the parking lot, and usually end up closing only when the last ones are sold a few days before Christmas. Get one item of your choice free on your birthday with valid photo ID.