This is the third iteration from the DaanGo brand, which first rose to popularity with with its cartoon character macarons and miso butter tarts in 2017. 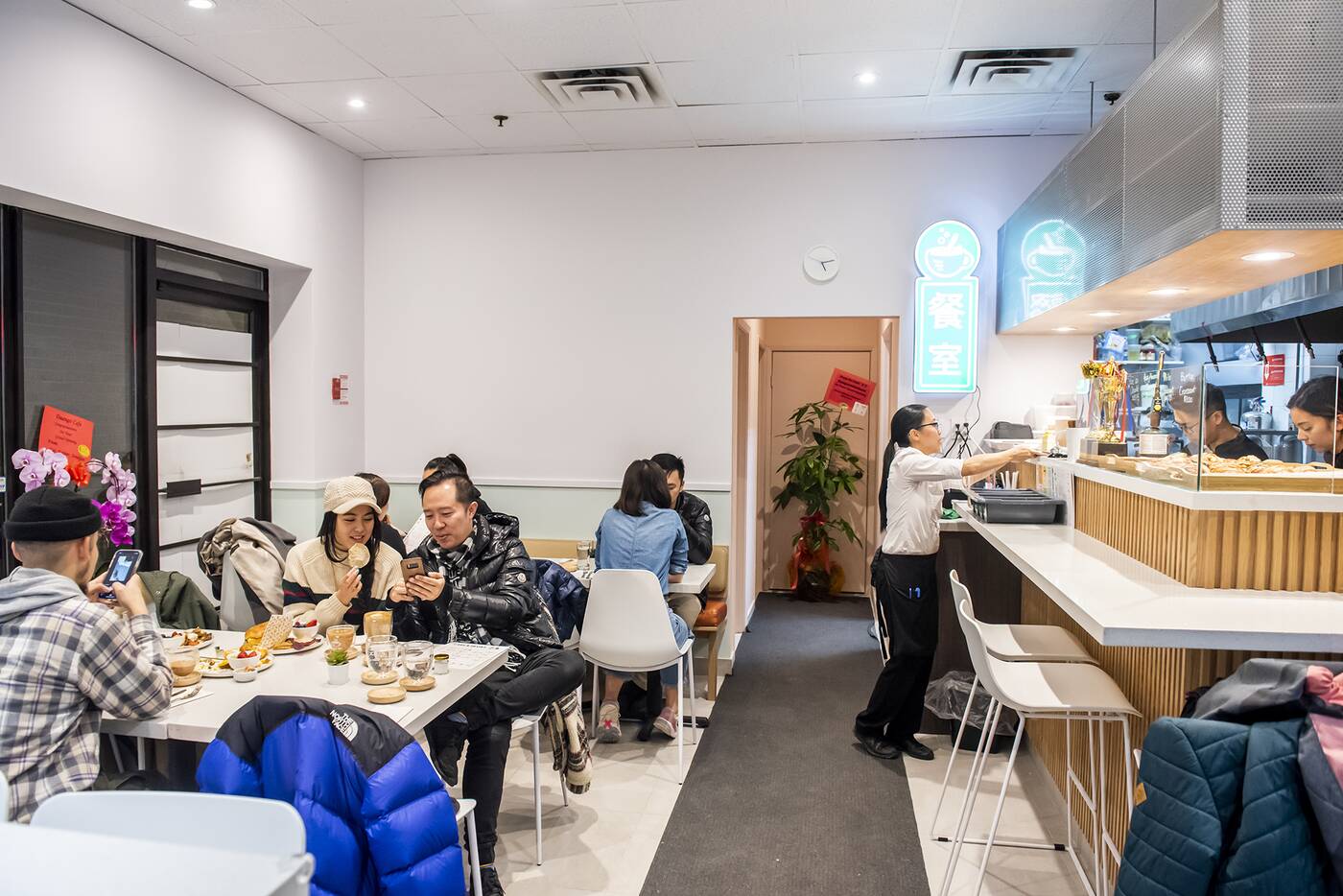 Located in the same plaza as his Cake Lab (the Pastry Lab is a tiny downtown boite in Kensington Market), the menu here runs the gamut of brunch faves like you've never had them before, in hommage to the Hong Kong cafes that Siu grew up with. 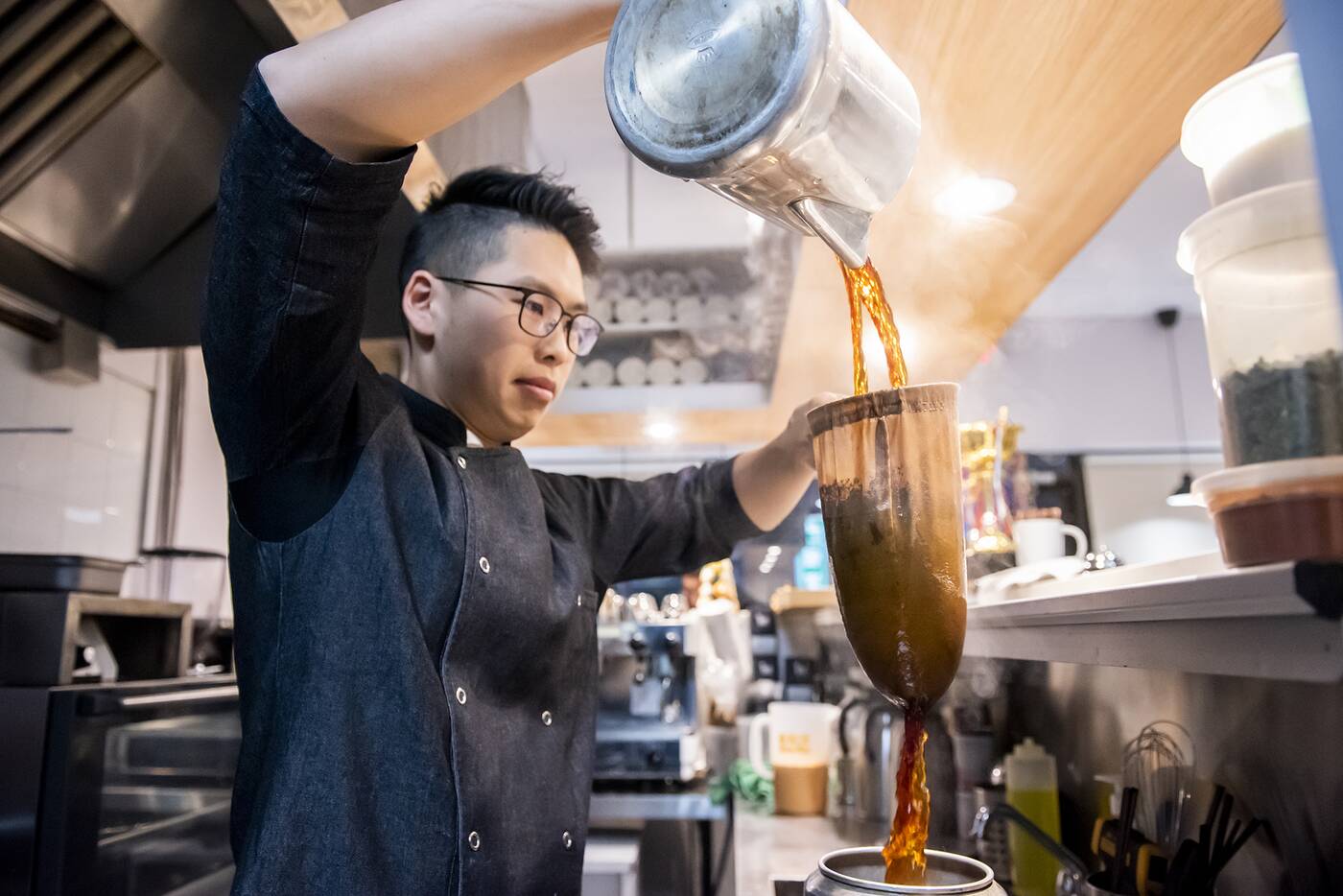 Of course, the key to a good Chinese cafe is its mastery of Hong Kong milk tea. Siu's version is the first-place winner of 2019's Association of Coffee and Tea local competition, and the second-place winner in the national version. 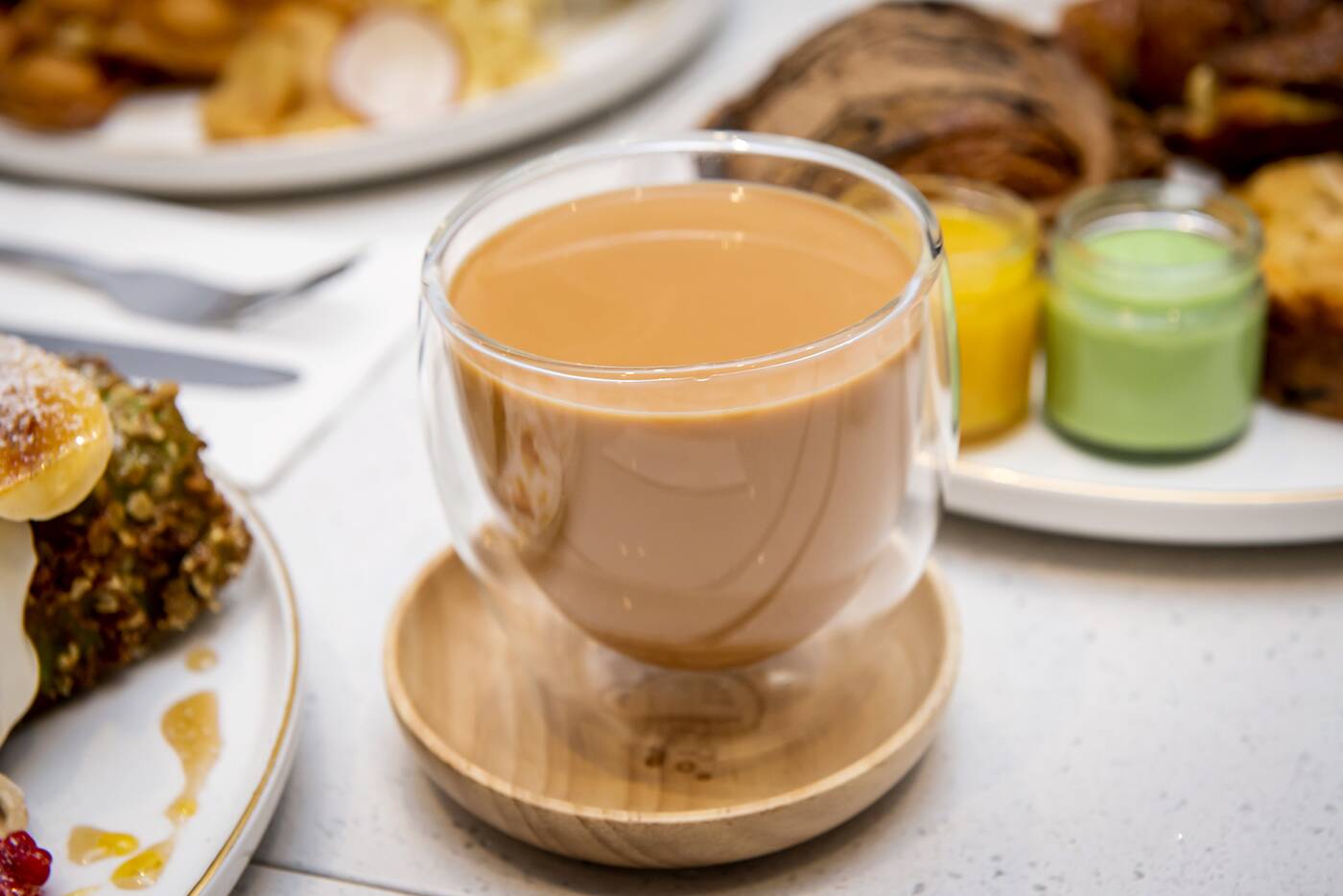 You can get the original ($4), or Yeen Yeung, which adds an extra shot of Social Coffee's espresso for an extra 50 cents. Every order of milk tea is served with some mini macarons. 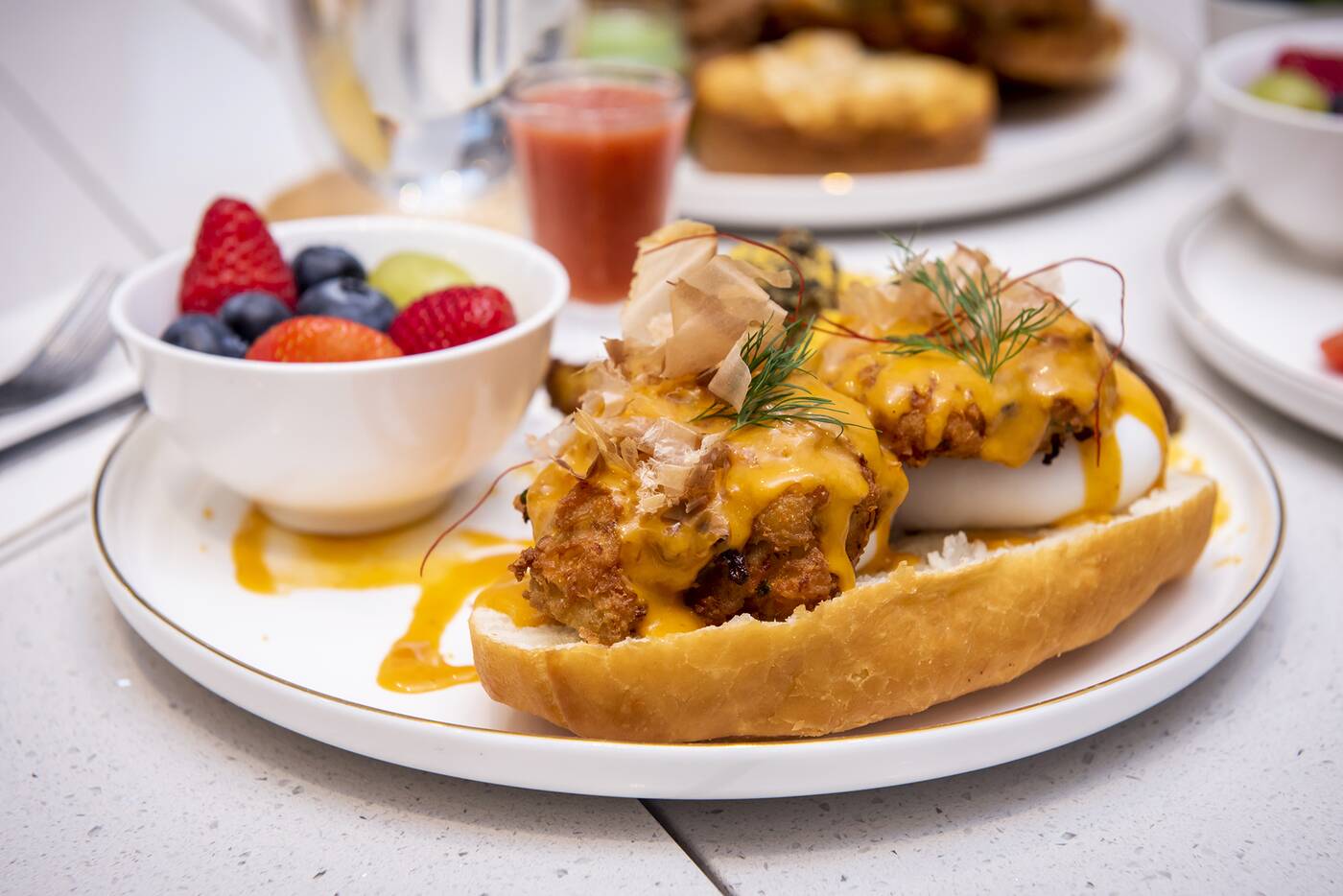 You can customize your benny several ways, from the bread (choose from salted yolk brioche, butter croissant, or a Cantonese-style donut typically served with congee). 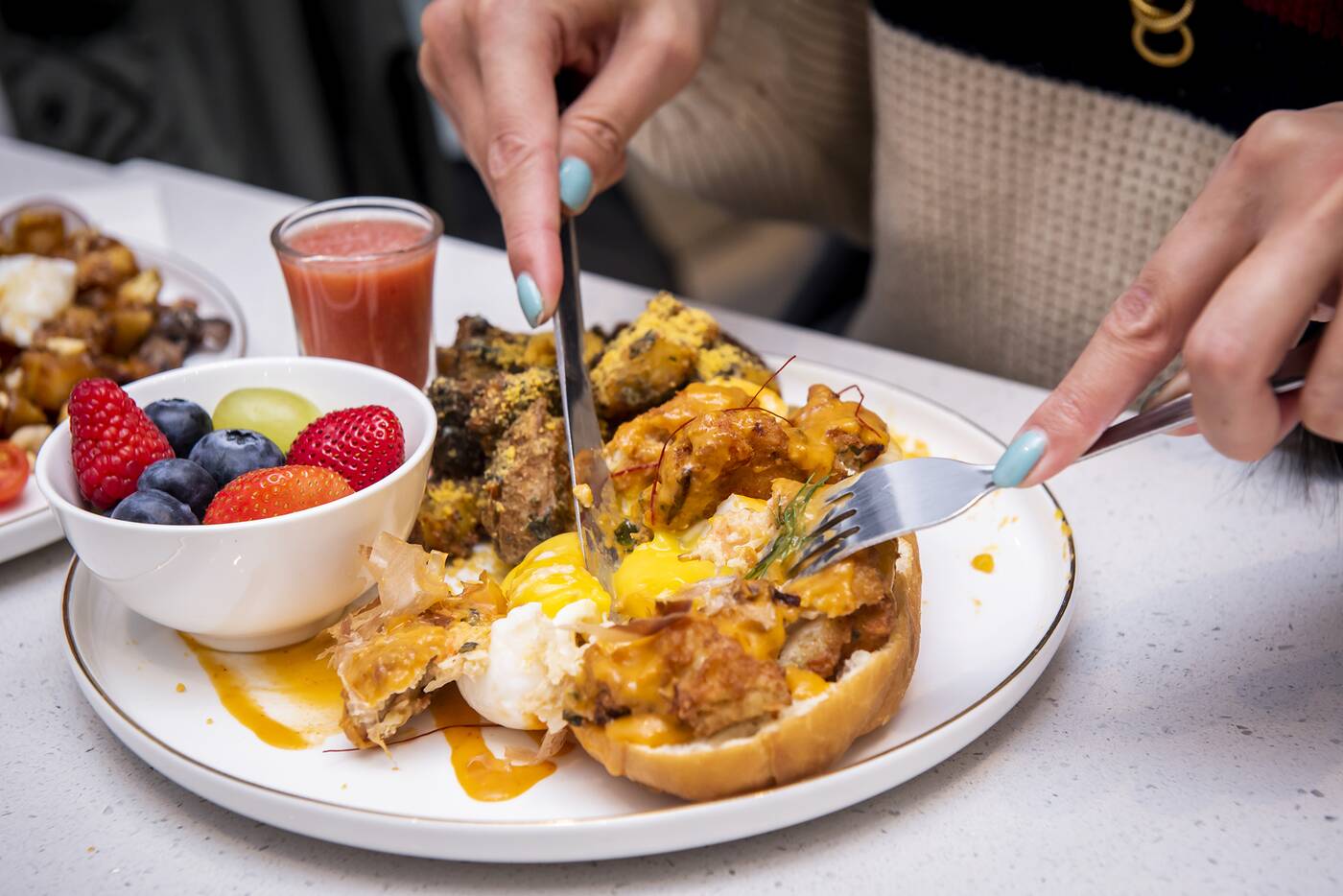 The Singapore chili crab cake may be an extra $6, but it's an unreal portion of a highly seasoned crab atop runny eggs. 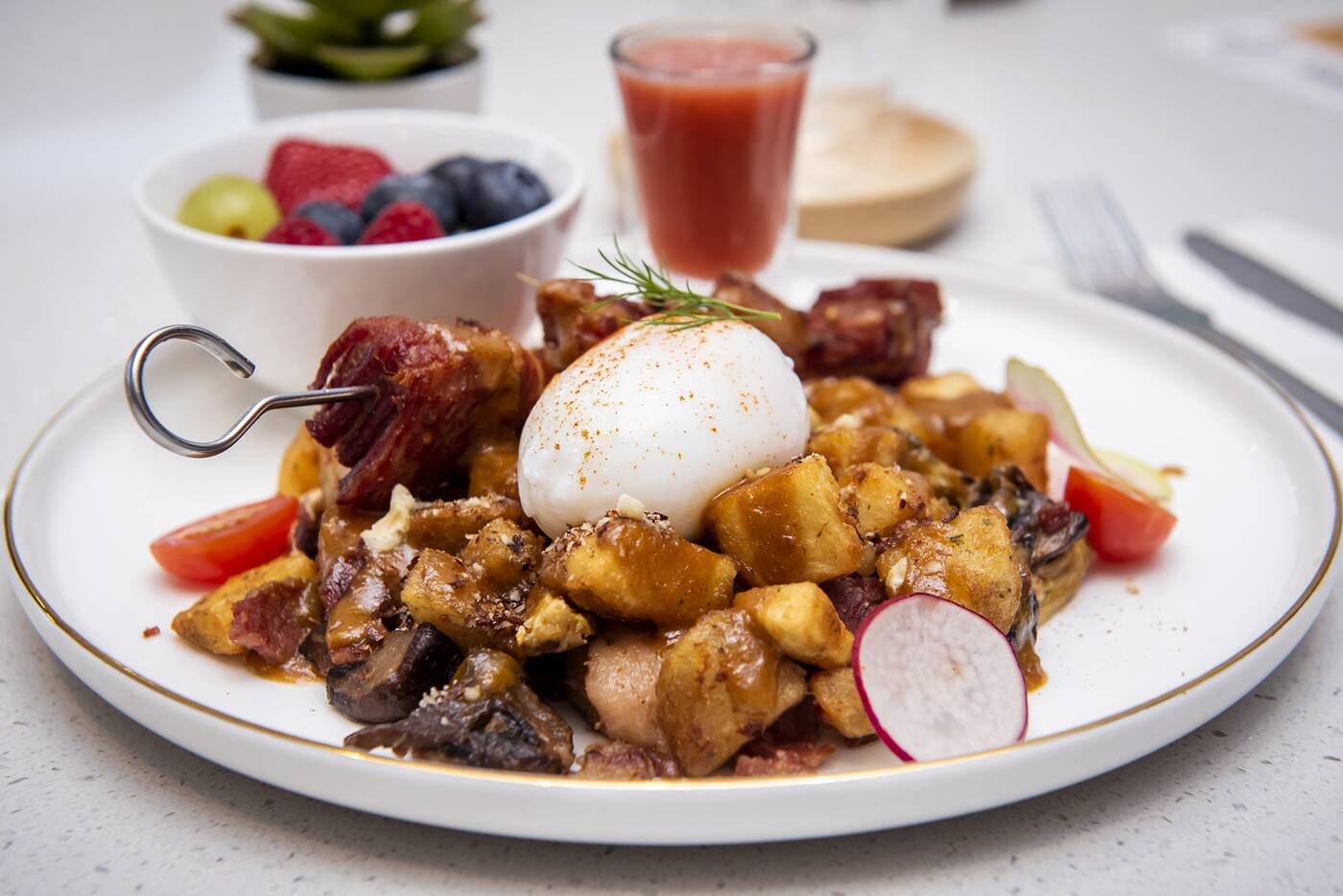 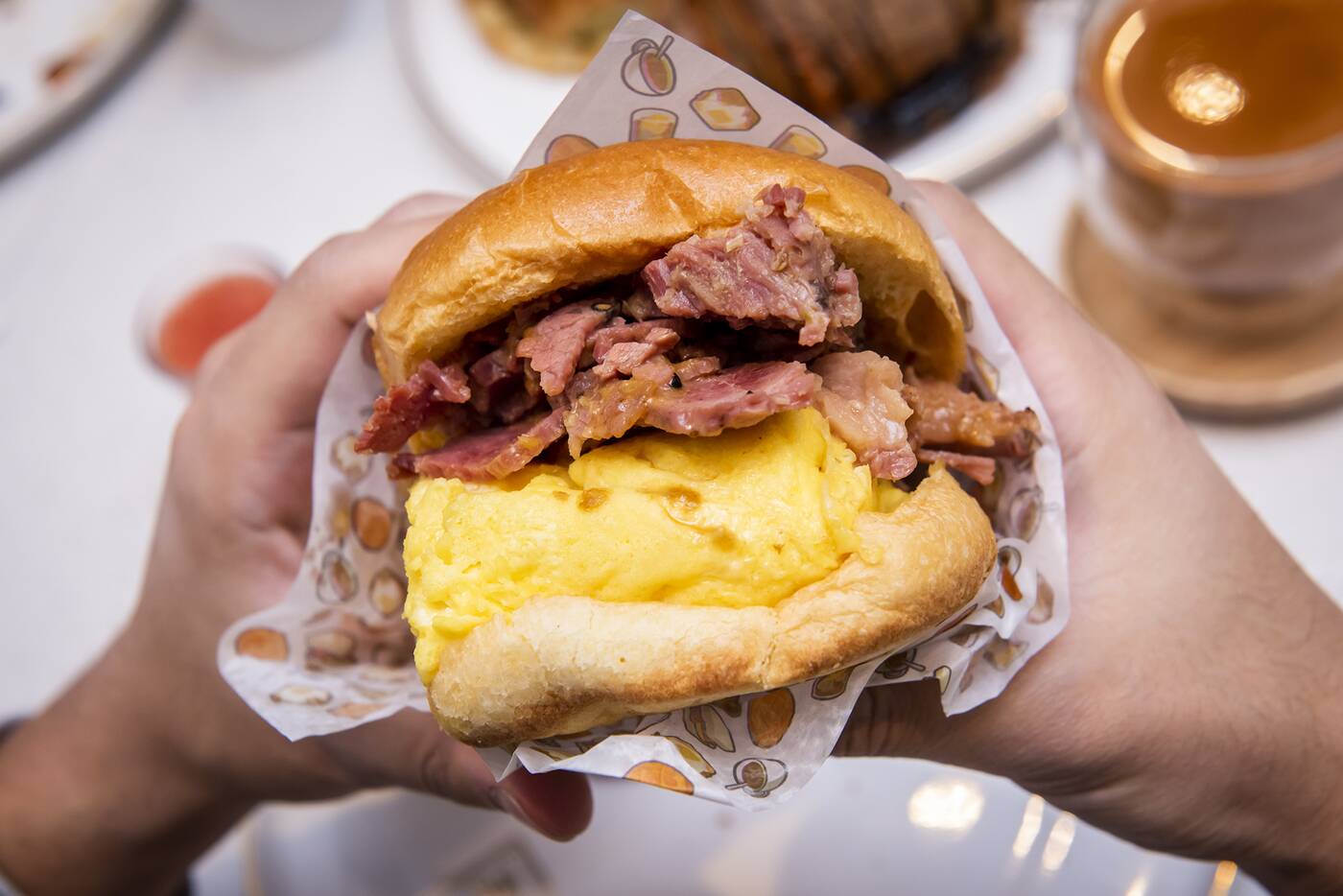 A decked out Daan's egg burger ($16) comes on Martin's Potato Rolls (yes, the same one as Shake Shack's) and is somewhere between a Chinese club sandwich and a decadent corned beef sandwich, made with luffy salted egg yolk scramble and a crispy wonton skin. 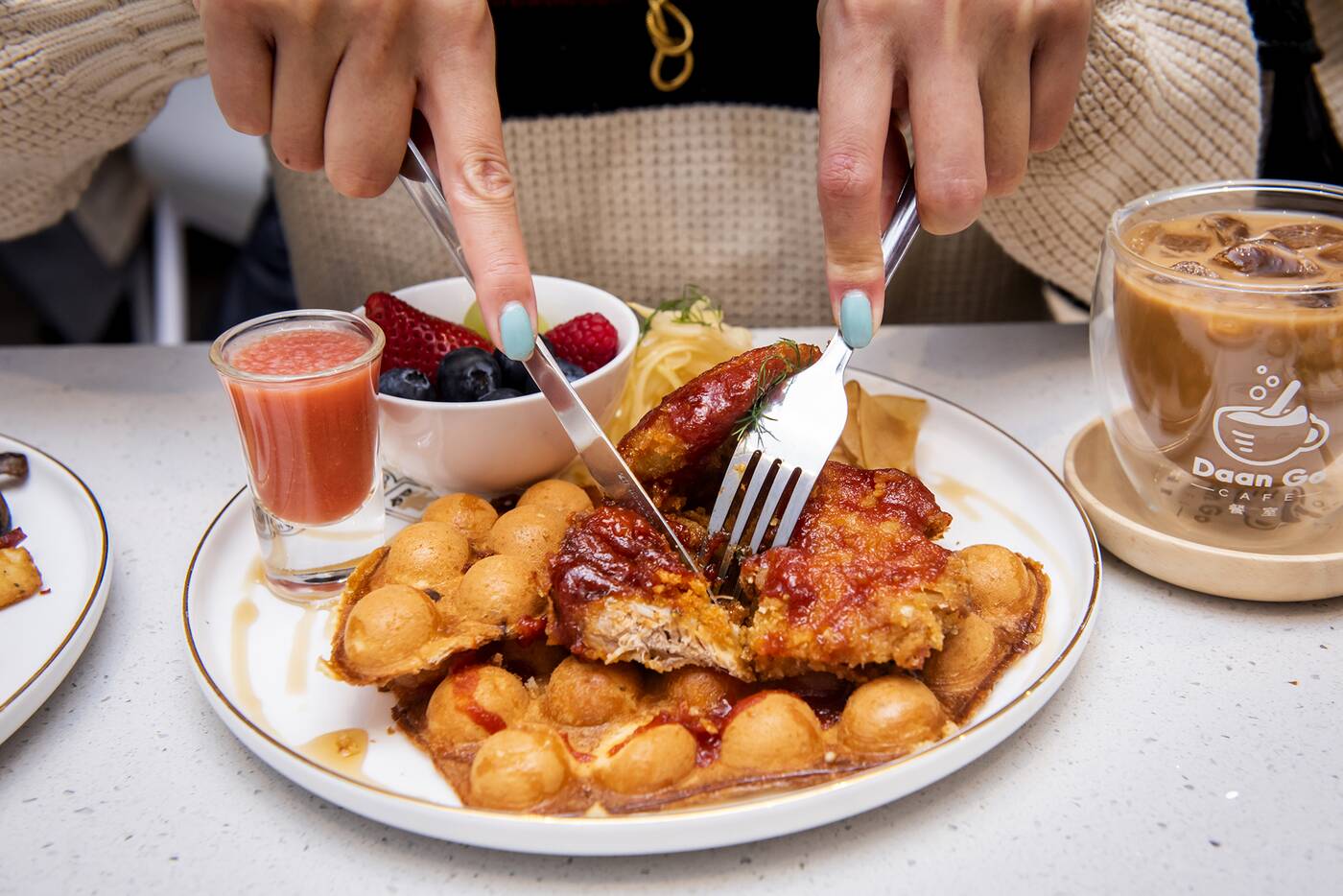 Of course, every Asian take on chicken and waffles ($17) should be using bubble waffles. This version is extra crunchy and has pieces of lap cheong, a fatty dried pork, inside.

The chicken is fried in a crispy layer of rolled rice and doused with a sweet take on Korean gochujang sauce, but with a citrusy twist. 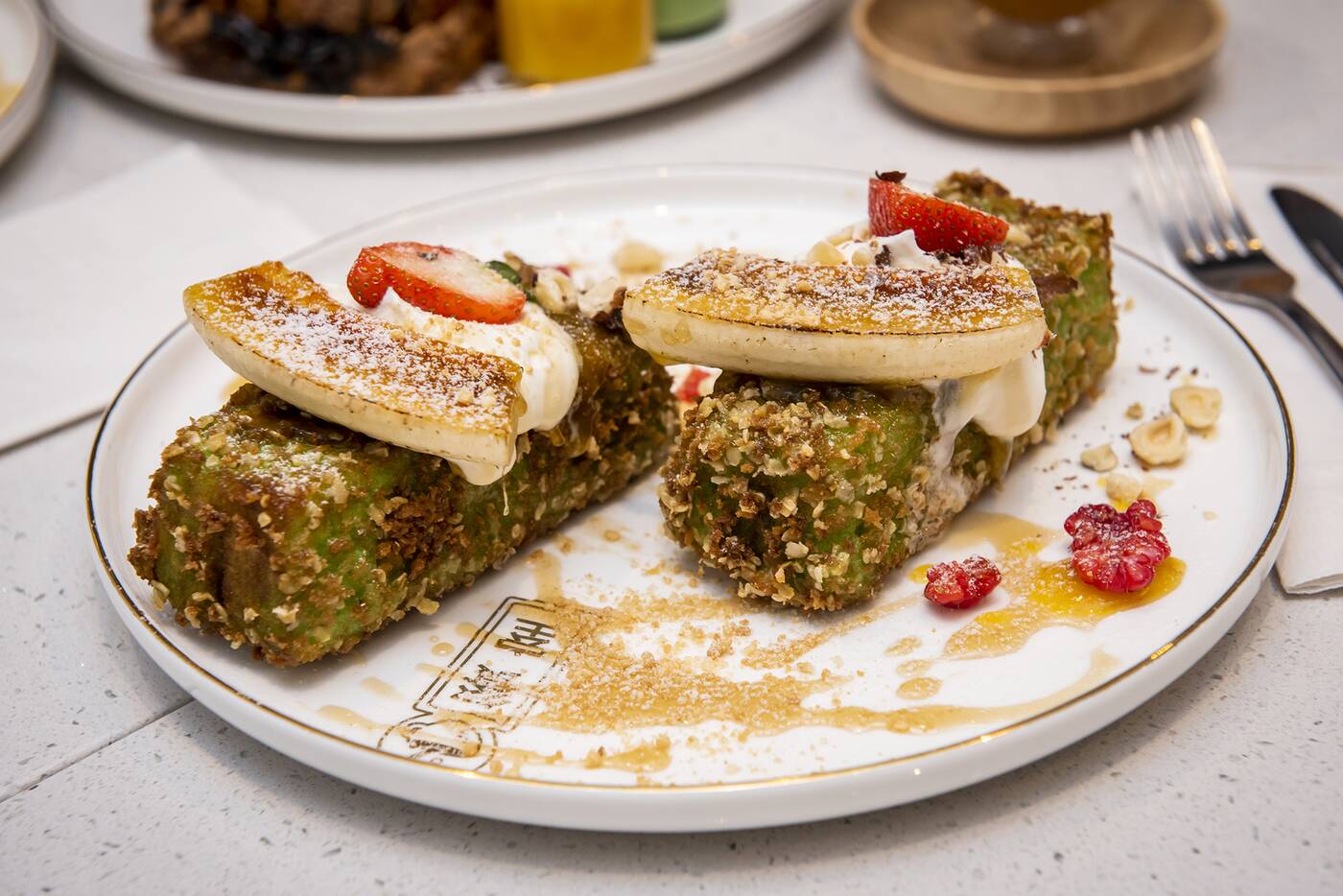 Kaya French toast ($16) is an unreal panko crumb- and oatmeal-covered milk bread filled with DaanGo's housemade pandan sauce. It has a perfectly caramelized banana, and is served with whipped cream and peach jam. 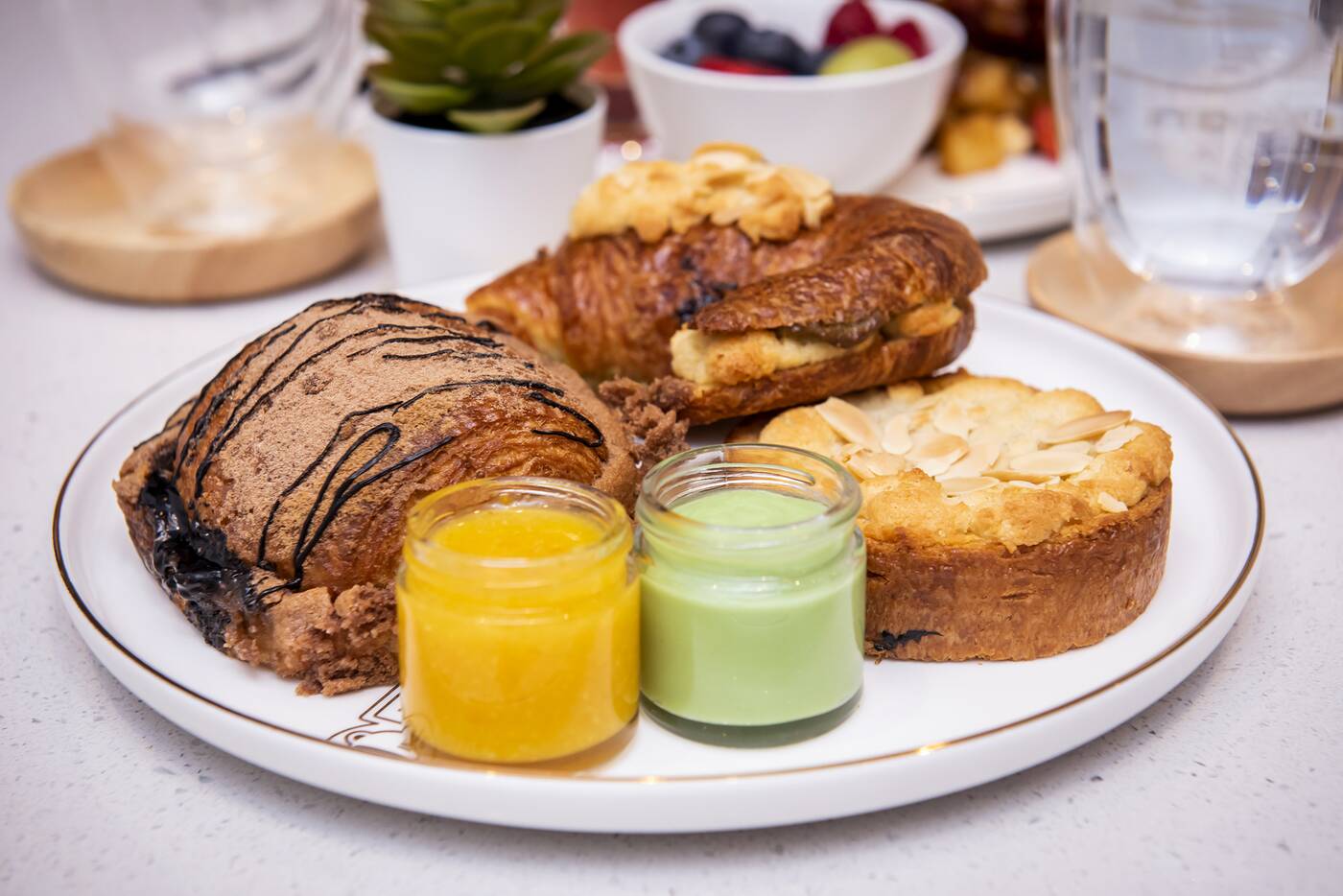 You can get try more of the housemade jams here with a selection of baked goods (3 for $11), like kaya almond croissants or another dusted with Milo, the malt and chocolate beverage powder that's famous all over Asia and Africa.

The osthamnathus peach, yuzu orange, and chestnut jams can all be found in some of DaanGo's cakes sold next door. 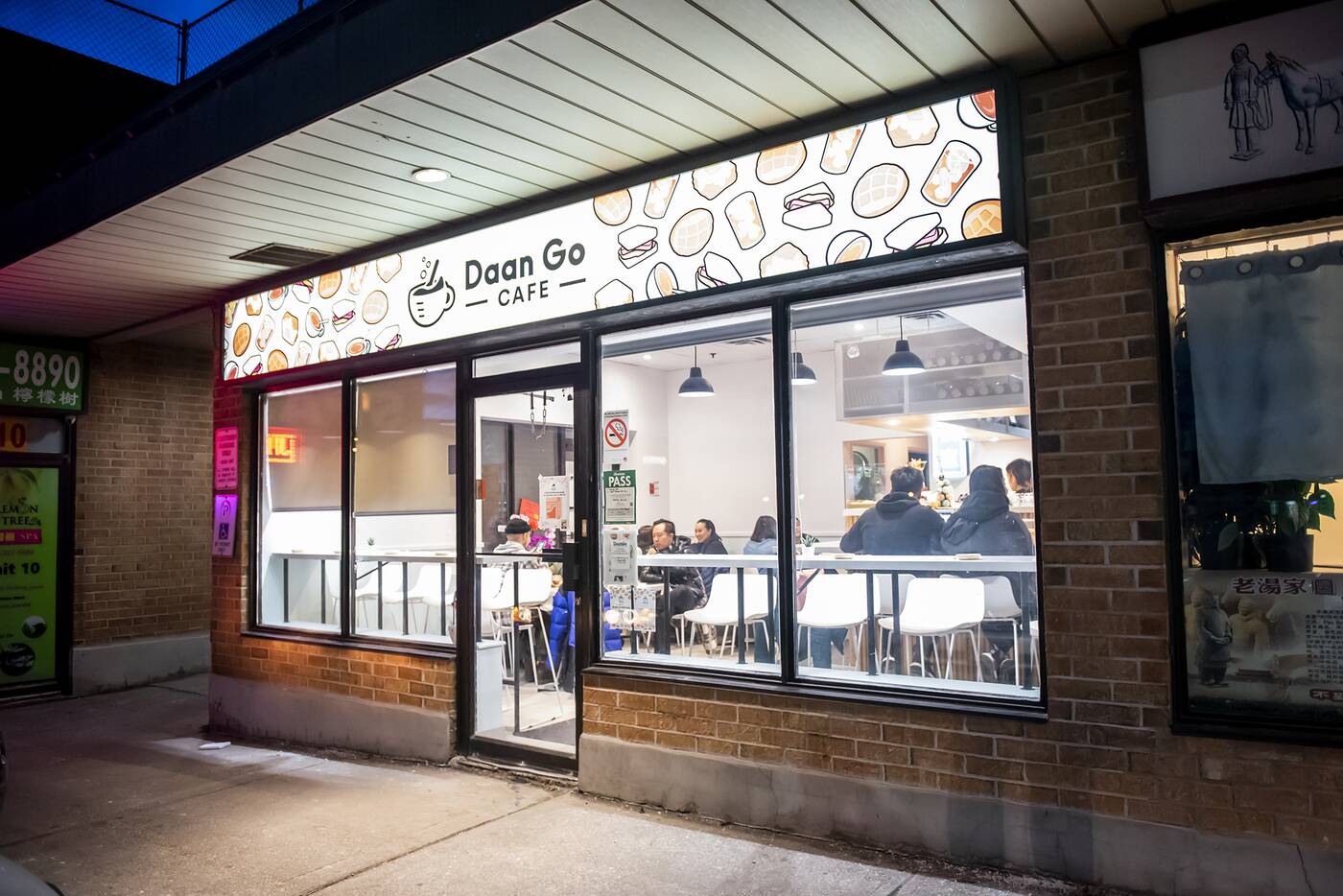 The Best New Brunch in Toronto for 2019