D & Y Sushi opened last month in the Junction by Dundas and Keele, taking over the space that used to be Phil's Espresso Bar . Named after the owner/sushi chef, Dennis - who worked at various sushi joints in the city before deciding to open his own place - and his wife YaoYao, the restaurant has a minimal elegance to its decor, with a black-and-red colour motif and hanging Edison bulbs.

The menu pretty much features your typical run-of-the-mill Japanese sushi restaurant items, with sashimi, nigiri, maki and a variety of combos of them, plus hot cooked fare like teriyaki, donburi and udon/soba soups. 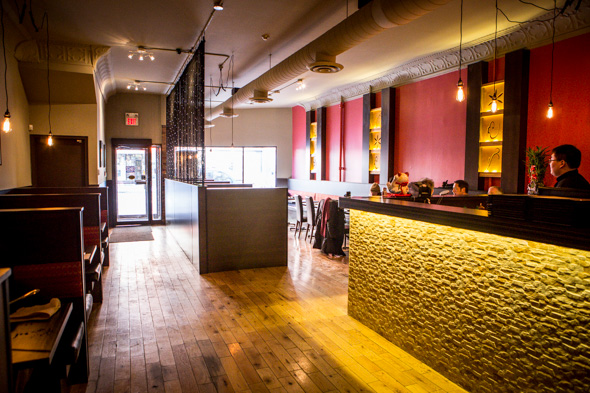 We try the Green Dragon roll ($11.95), which is always a crowdpleaser, with its colourful sprinkle of tobiko over slices of avocado on a Dynamite roll containing tempura shrimp, avocado, cucumber and surimi. The pieces are thinner than what I'm used to, since the roll is cut into 10 instead of eight. 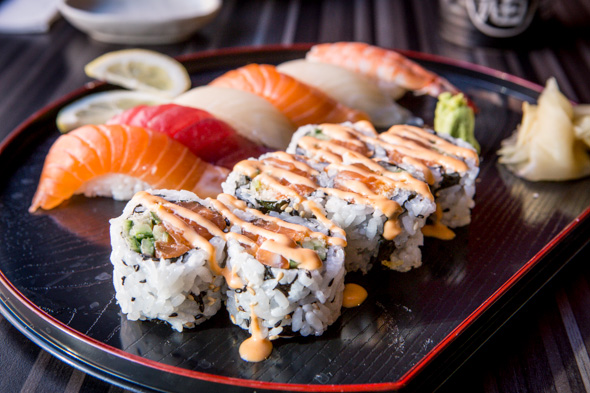 The 12-piece sushi set ($12.99) comes with six pieces of assorted nigiri and six pieces of spicy salmon roll. It's pretty good value for what you get, although it's obvious the fish isn't exactly top-quality stuff. It's not the worst I've had either, though, and I like that the accompanying ginger slices are free of food colouring and are presented in their natural colour. 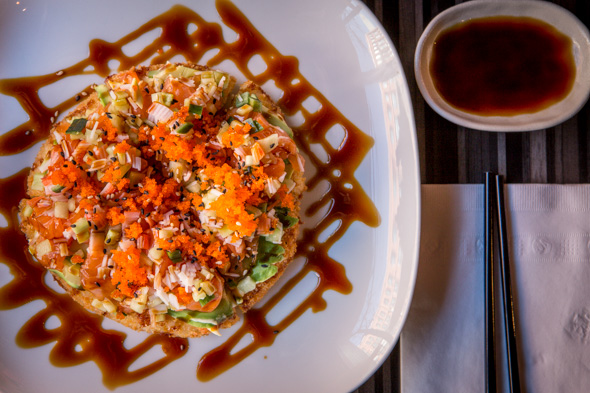 Salmon sushi pizza ($8.99), definitely a North American invention, is another popular item to order. I don't care if it's an embarrassing bastardization of Japanese cuisine - the stuff is tasty. You can't really go wrong with chopped up pieces of salmon, avocado, surimi, cucumber and tobiko covering a round slab of crunchy fried rice patty. 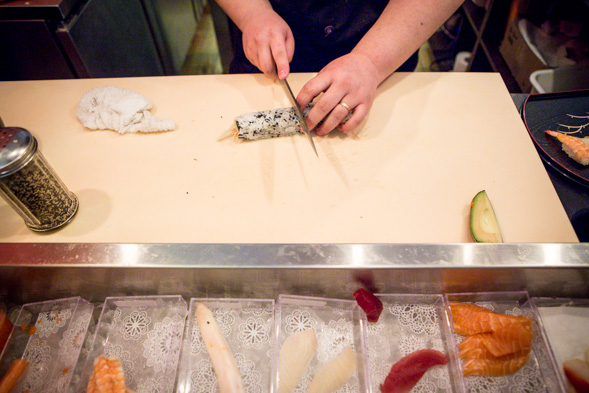 Overall, D & Y is kinda your average sushi joint. If I were ever in the area again, I'd be interested in trying some of the cooked dishes on the menu (teriyaki, teppanyaki, curries), just out of curiosity. 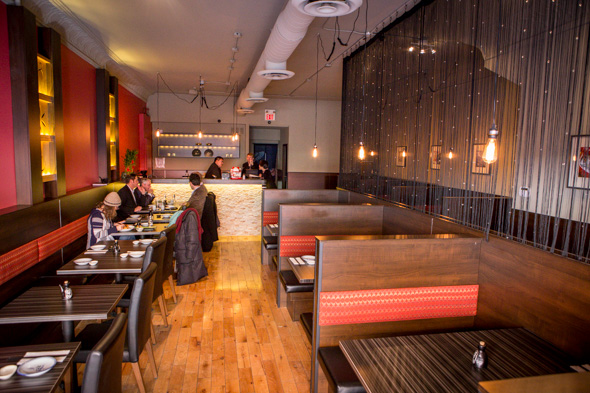 There seems to be a real dearth of Japanese restos in the area - the only other one that comes to mind is LAN Sushi - so at least it's nice that the neighbourhood now has two options when it's in the mood for some raw fish and rice. 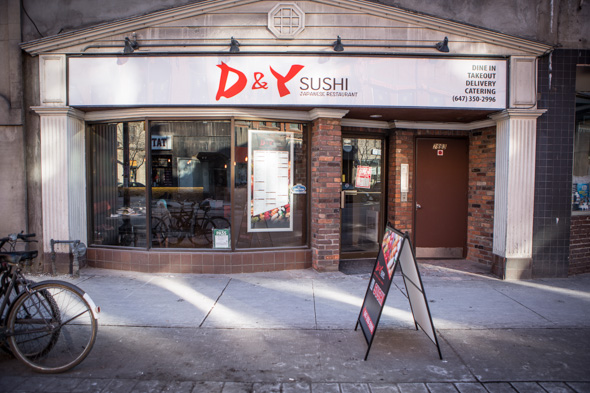