Cool Hand Luc is a new ice cream shop bringing a bit of colourful glee to an otherwise sort of stiff and trendy stretch of King West . If there's any question as to its mirth; Luc's background mural includes a cartoon blob of ice cream vomiting a rainbow of Mike and Ikes. Enough said? 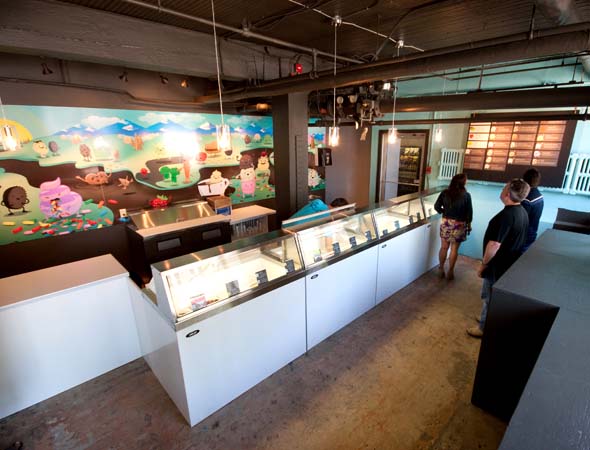 In a lower-level space on King between Bathurst and Spadina, the new shop was named for its owner, Luc, who went by the name "Cool Hand Luc" as a kid. Previously working in aviation, Luc tells me he went through a career crisis of sorts a few years ago and took a job at an ice cream store outside of Toronto. He became devoted to the job, and decided to open up his own place here in the same building he actually lives. 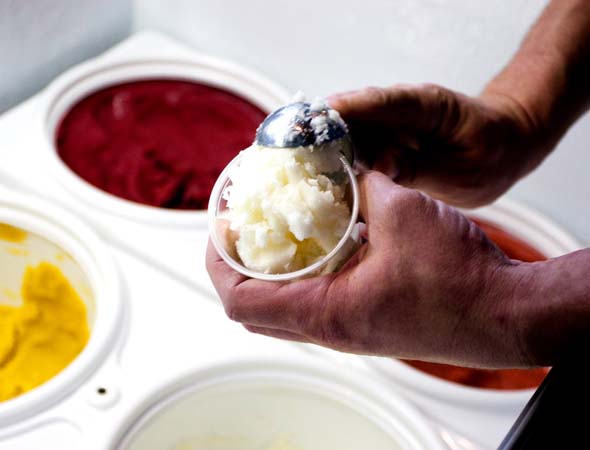 "This was two years in the making," Luc tells me. "There was nothing like this around here, and we really wanted to bring in something fun." 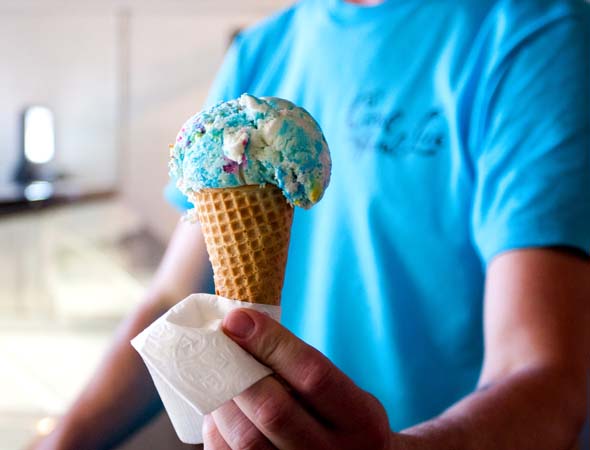 The fun comes in several freezers, with flavours such as Chocolate Peanut Butter, Moose Tracks, Cotton Candy, Crème Brulee, Black Forest Cake and more, all sourced from Kawartha Dairy. Cool Hand Luc also has a variety of 100% all natural, fat-free, vegan fruit sorbets from a company in Montreal, which come in flavours such as Mango, Raspberry, and Lemon. 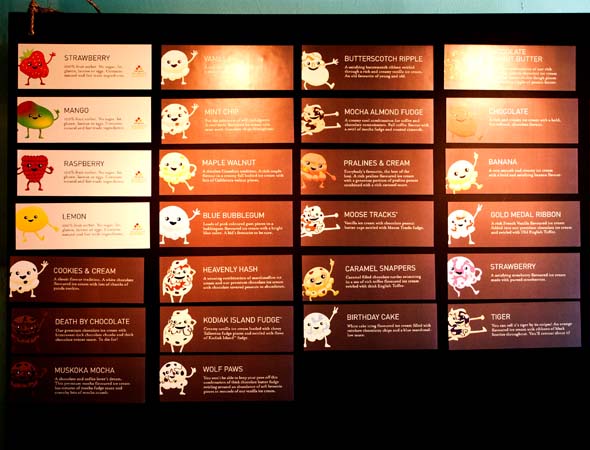 Luc says that toppings are on the way, but in the meantime, customers can opt for a kiddie scoop ($2.43), regular scoop ($3.76), two ($6.64) or three ($8.19) in a cup or a cone. I opt for a scoop of raspberry sorbet in a cup, which is rich both in colour and flavour. The size of the cup leaves some to be desired, however, but the sorbet is perfectly sweet (no sugar added), and just a little tart, with the odd raspberry seed kicking around for good measure.

While many ice cream shops in Toronto reduce their hours or shut down altogether during the winter months, Luc has an unconventional plan for keeping the lights on during December. 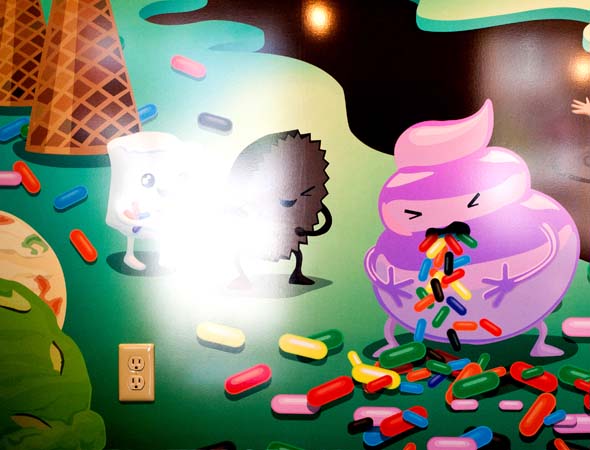 "Soup," he tells me. "We already have the displays for it; just switch out the scoops for ladles." Cool Hand Luc plans to gradually replace some ice cream flavours with soup (supplier to be determined) as the weather gets cooler. "It's fast and to go, the same sort of concept."

But for now, Cool Hand Luc will be offering ice cream for the next couple of months (or more--*fingers crossed*) from 11 a.m. until late. 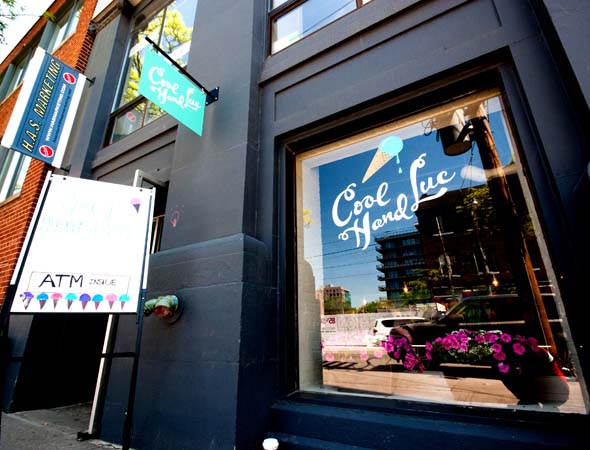