Coffee In is a Filipino institution, offering up a hot counter of homey eats like silogs, goto, and batchoy.

Despite its name, this casual 15-year-old restaurant doesn't specialize in coffee and donuts, though they do offer some basic drip brews (definitely not the star of the show here). 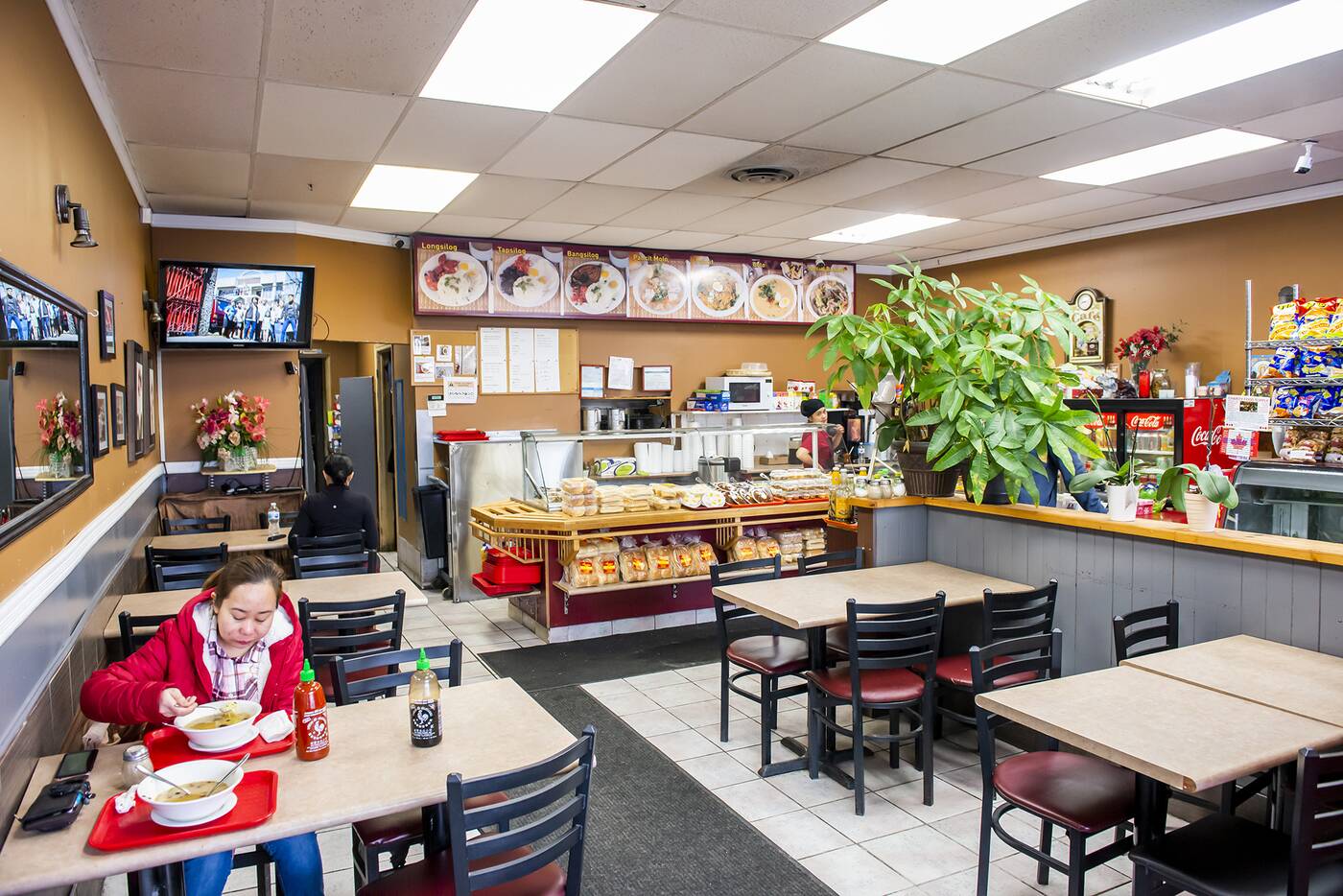 The restaurant's name is actually a remnant of the original coffee shop before Eric and Jean Taninas took over the business nearly two decades ago. 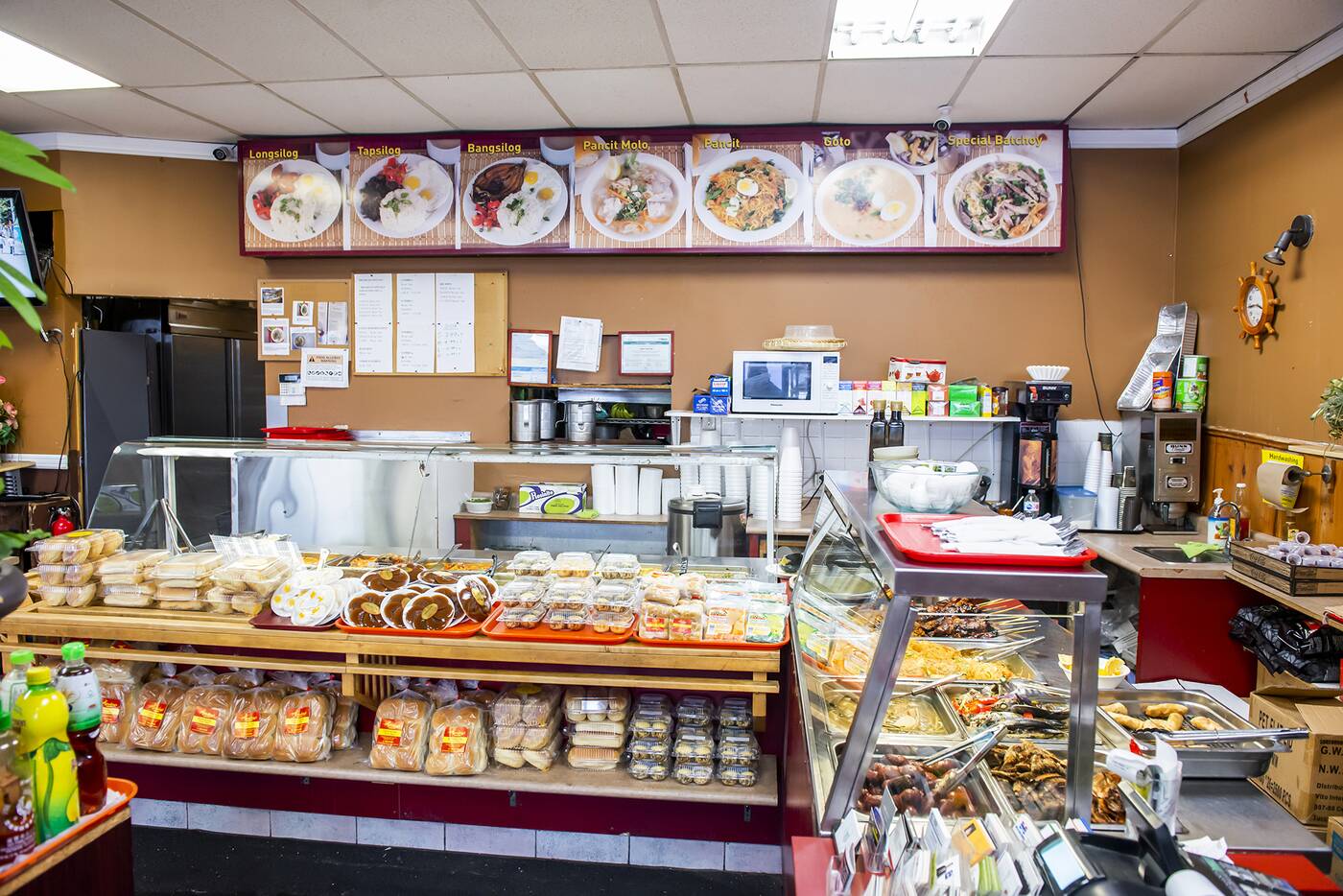 Over time, the couple began introducing basic breakfast foods to the menu, starting off with dishes like goto, a Filipino-style congee, and pancit molo, a wonton soup dish. 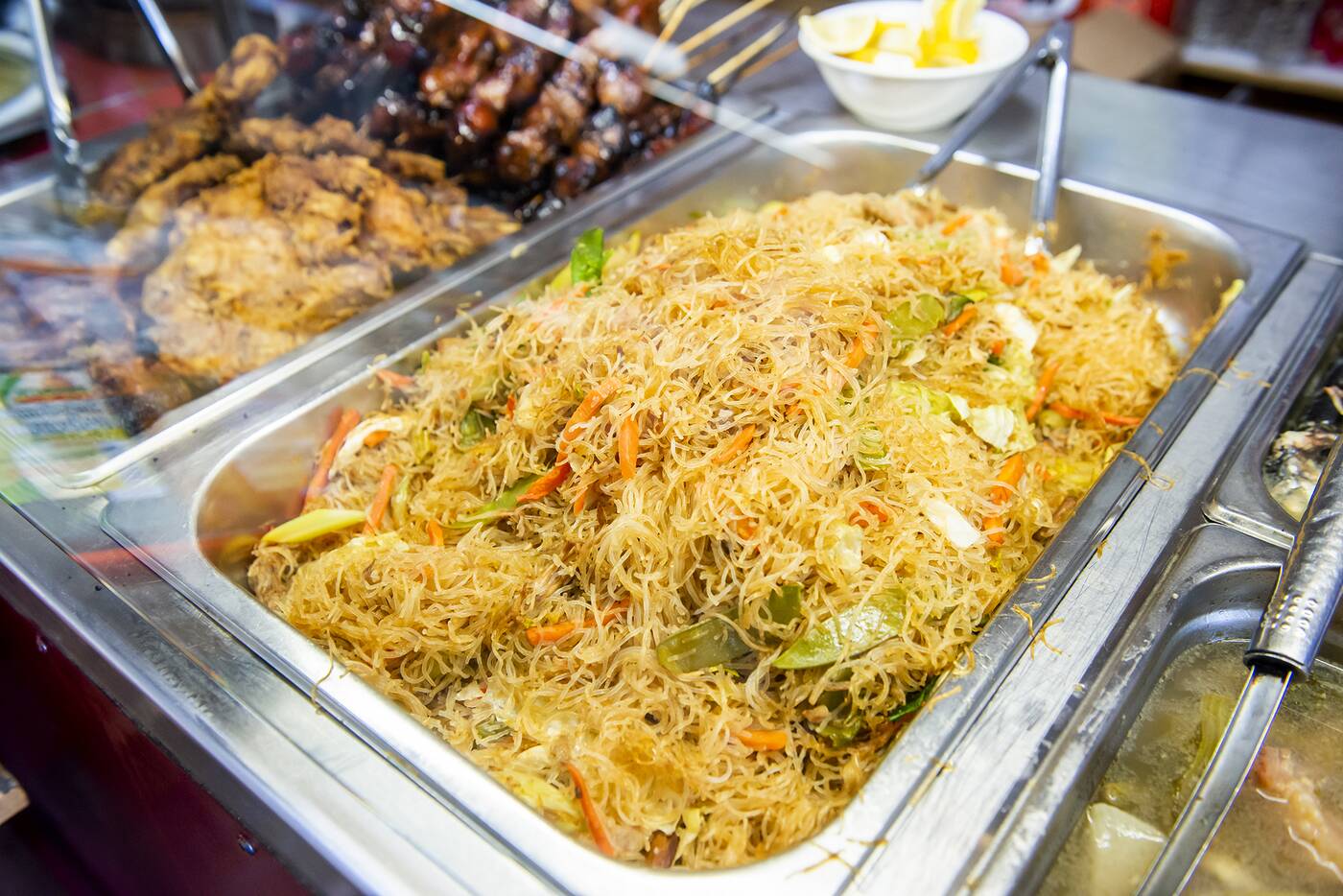 Their selection eventually expanded, culminating in a move to their current plaza location at Kennedy and Lawrence more than five years ago, and a hot table of 17 different dishes. 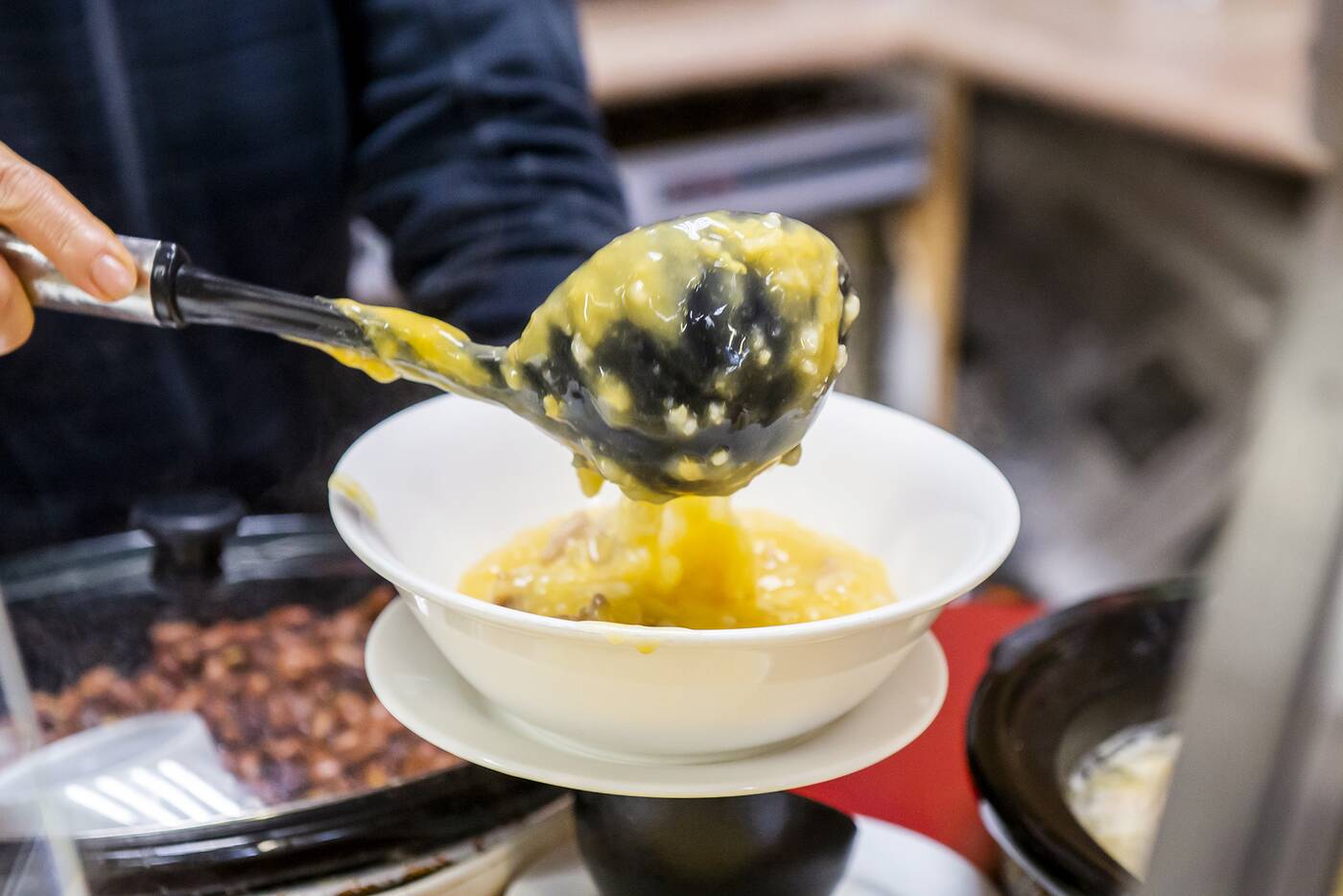 If you've never had homestyle Filipino cooking, here's the place to try it: options run the gamut from kare kare pork and chicken adobo to beef caldereta, pork sinigang, and monggo soup.

Eric, whose family still runs a restaurant in Davao City in the Philippines, incorporates many of his grandma's recipes here. 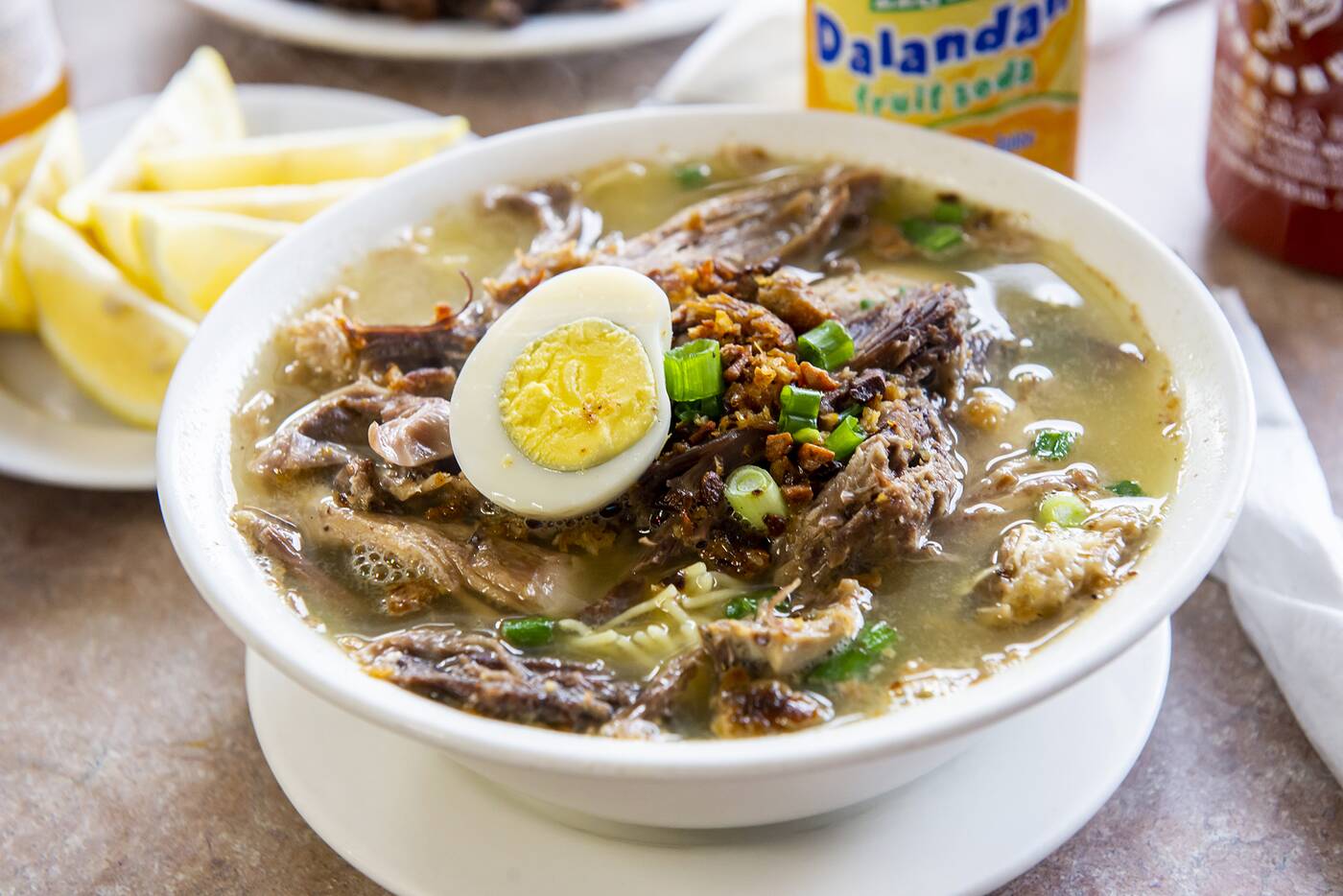 If there's one thing you should get here, it's the batchoy ($8.99): the beef and pork bone soup that Coffee In is known for. 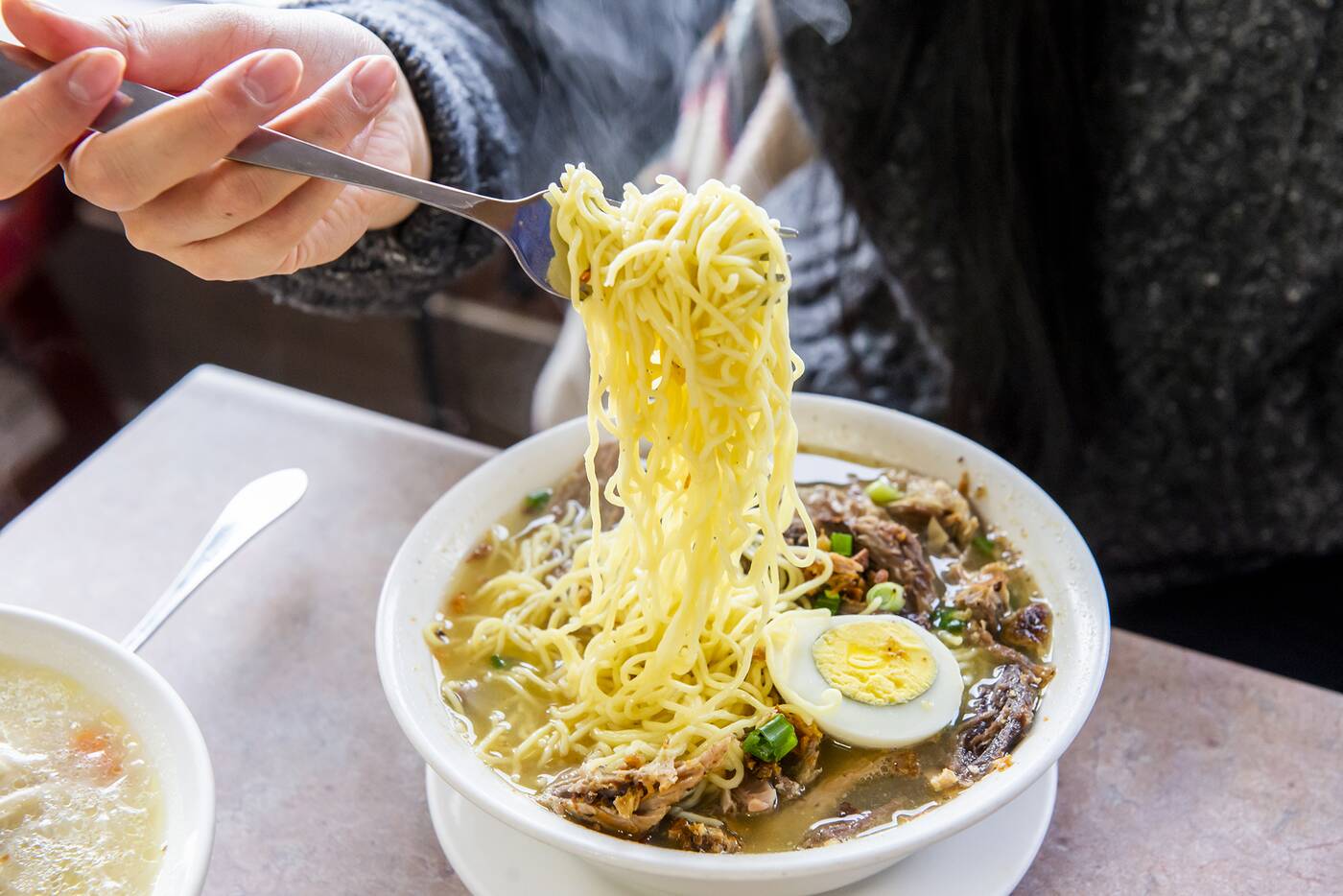 Originating in Iloilo City, this noodle soup is a melange of ingredients like crispy pork skin, organ meats, and a boiled egg. It's super comforting, with a flavour somewhat akin to chicken noodle soup, except with pork and egg noodles. 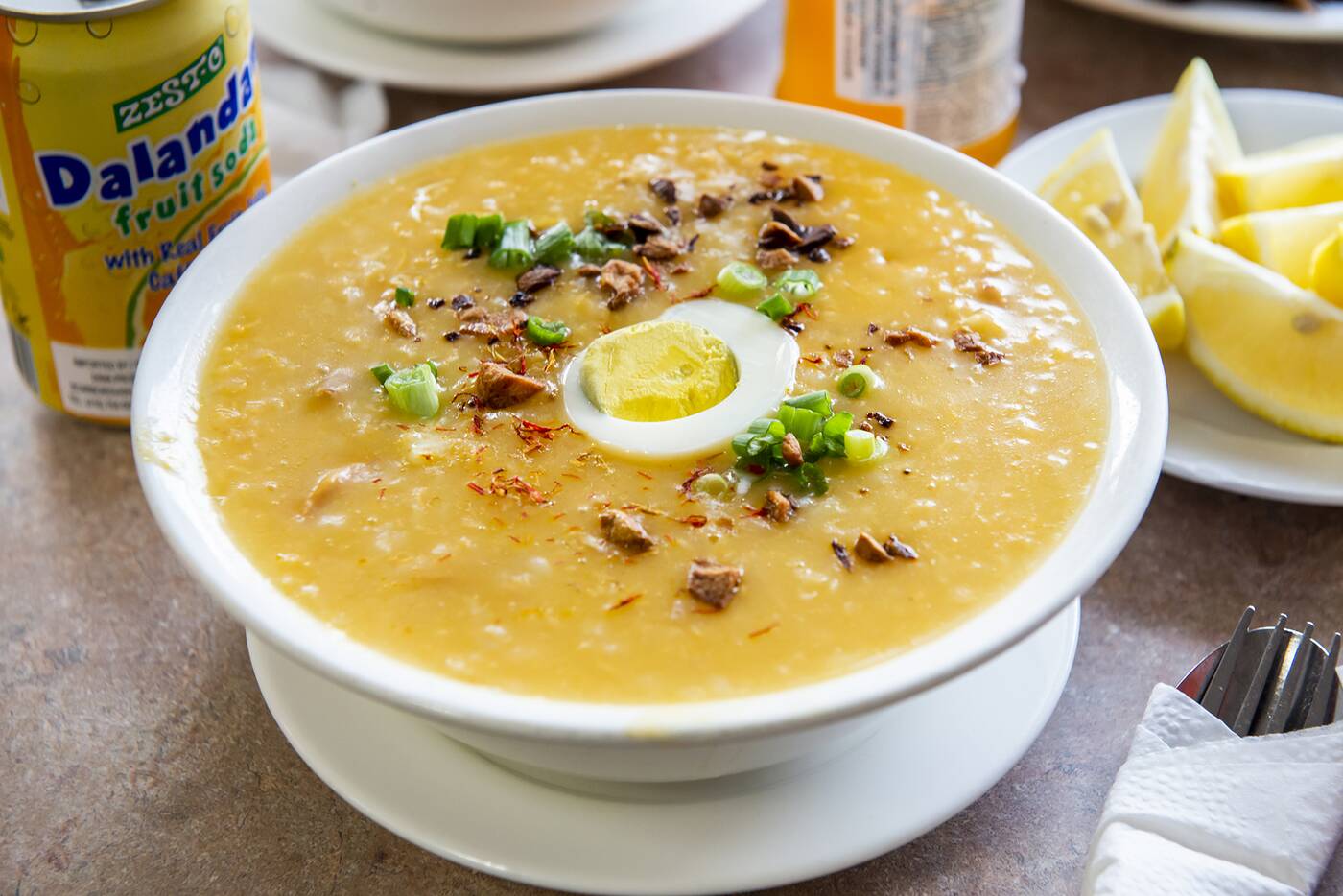 Another cold season-beater is the goto ($5.99 for a large), a salty gruel made with rice, beef tripe, a boiled egg, and chicharon on top. What sets it apart from dishes like congee is its beautiful yellow colour, achieved with a dash of saffron. 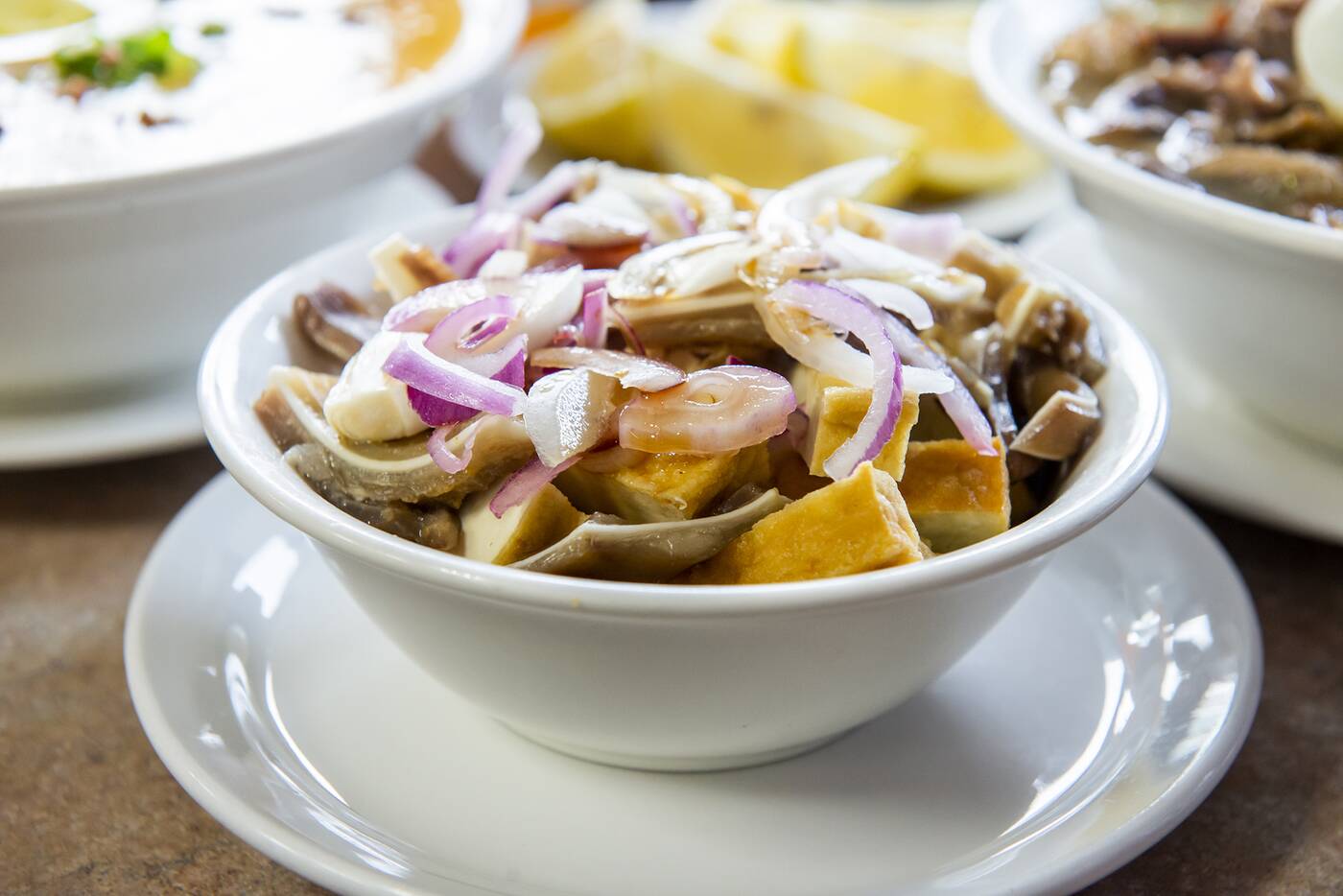 You can get it with a side of sisig, or pig ear and pork belly. 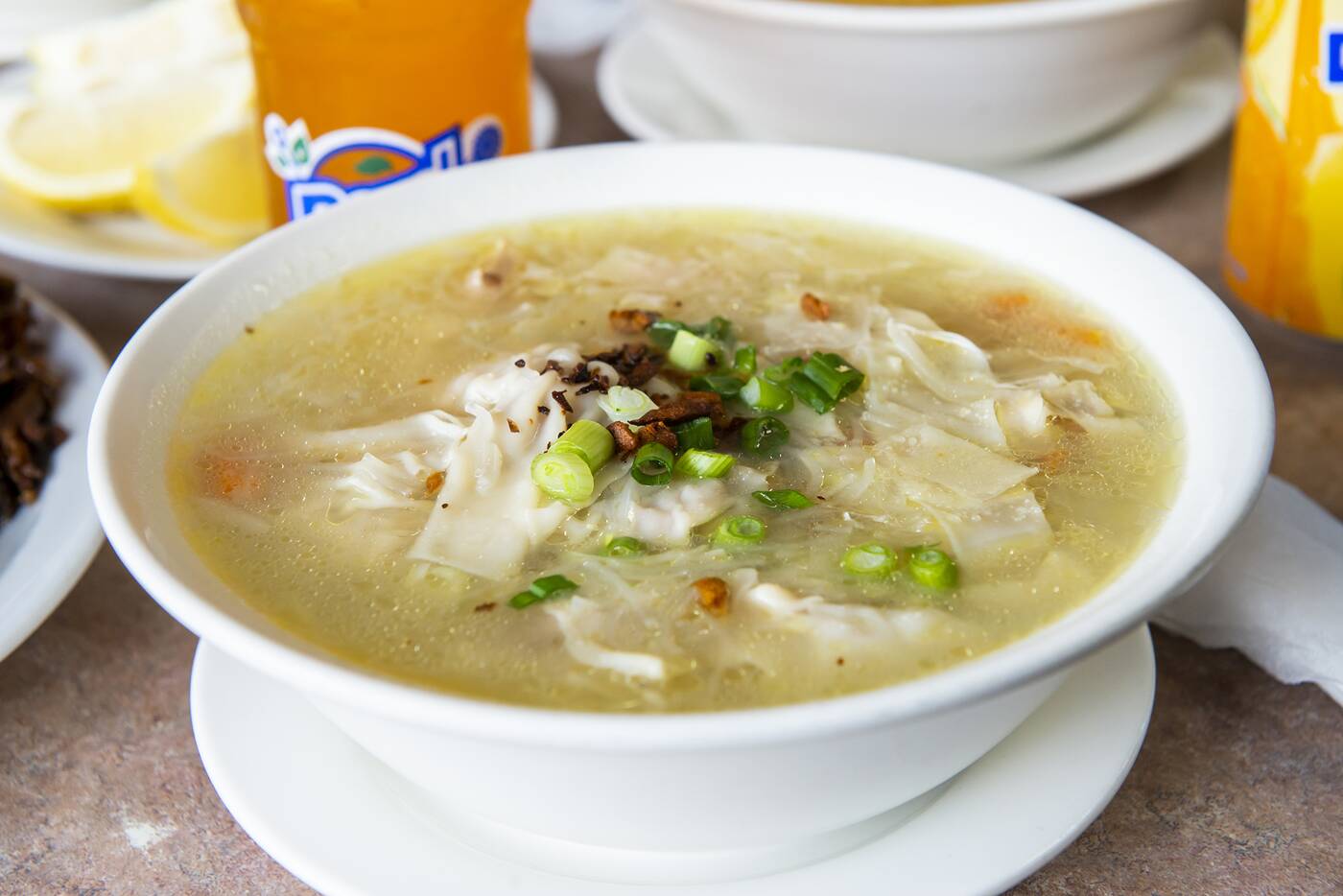 The pancit molo ($5.99 for a large) has wontons filled with ground pork and chicken broth. 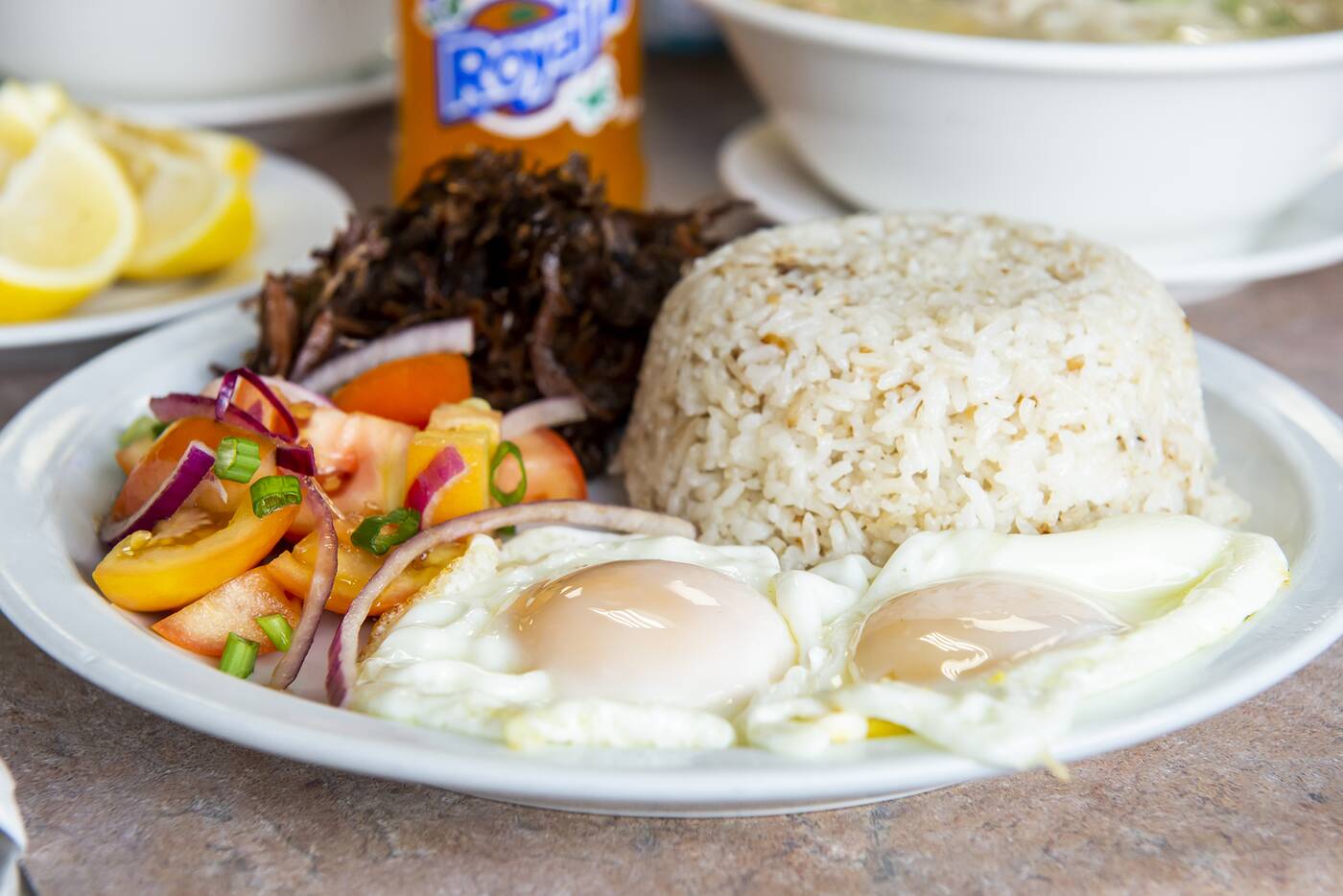 There are three types of silogs here which are only served until noon. 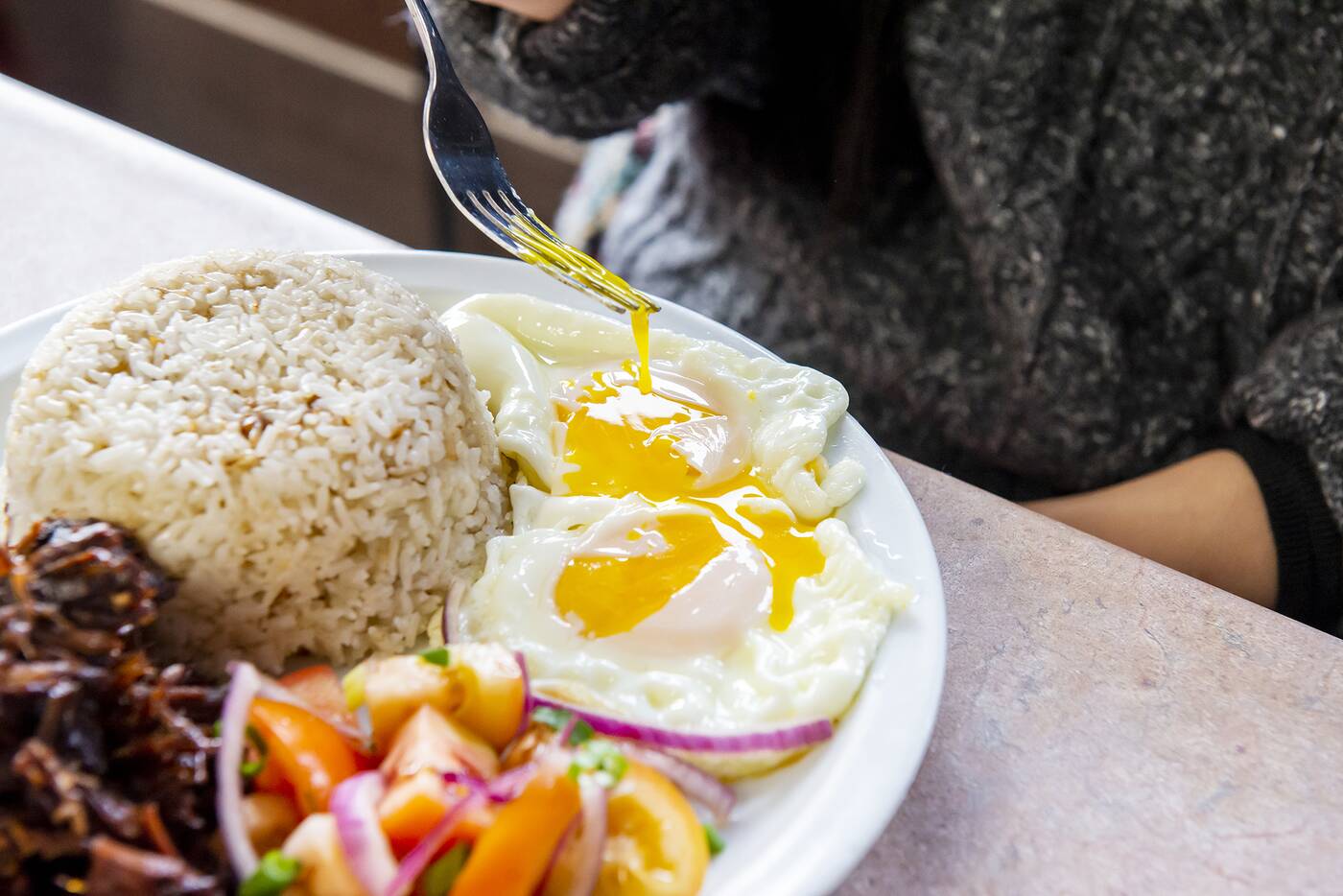 We opt for the tapsilog ($8.99) which comes with garlic rice, beef tapa, and two fried eggs. 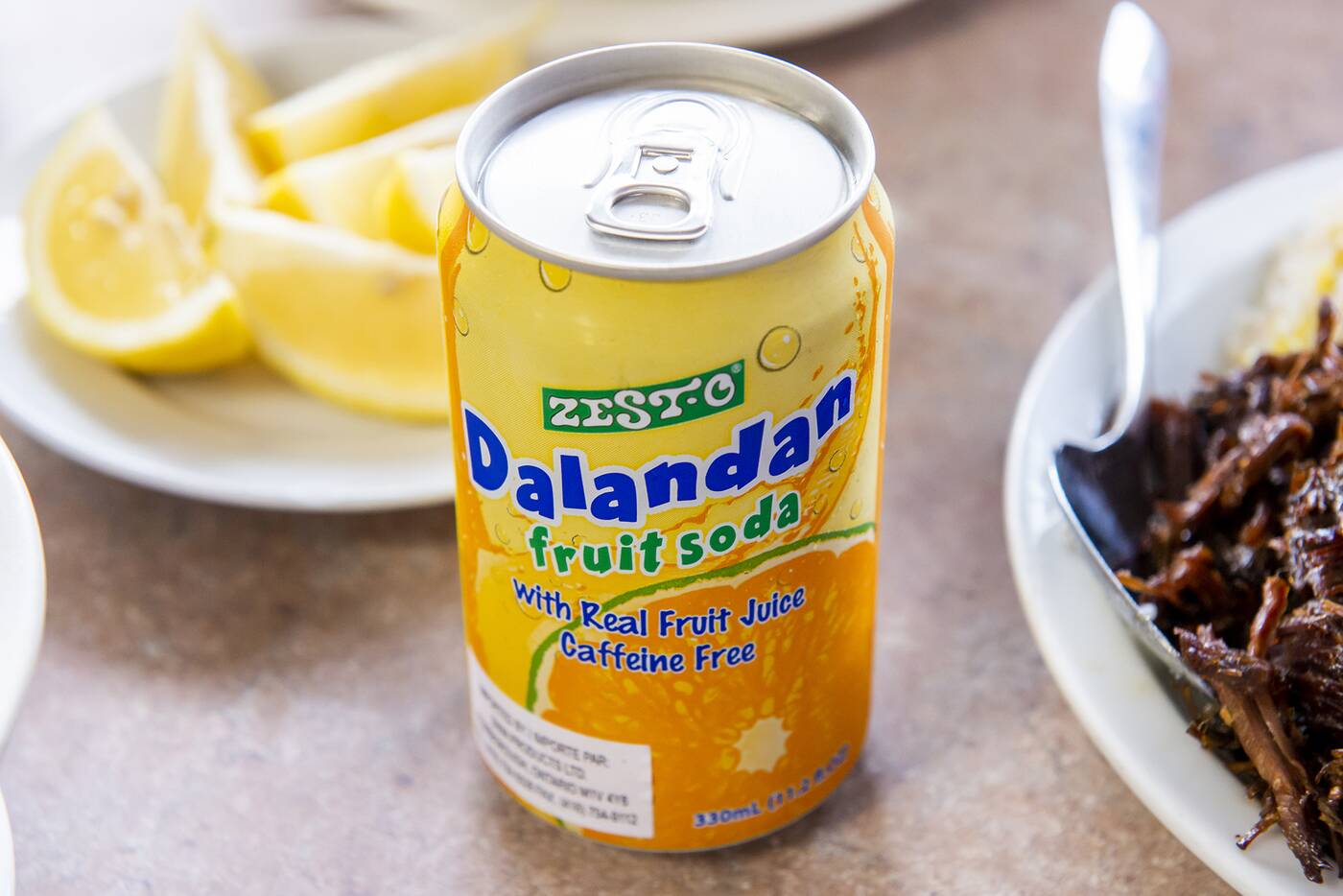 Wash it down with some Dalandan fruit soda.

As with any Filipino store, there's a section dedicated to snacks like La La fish crackers and bags of King chicharon. 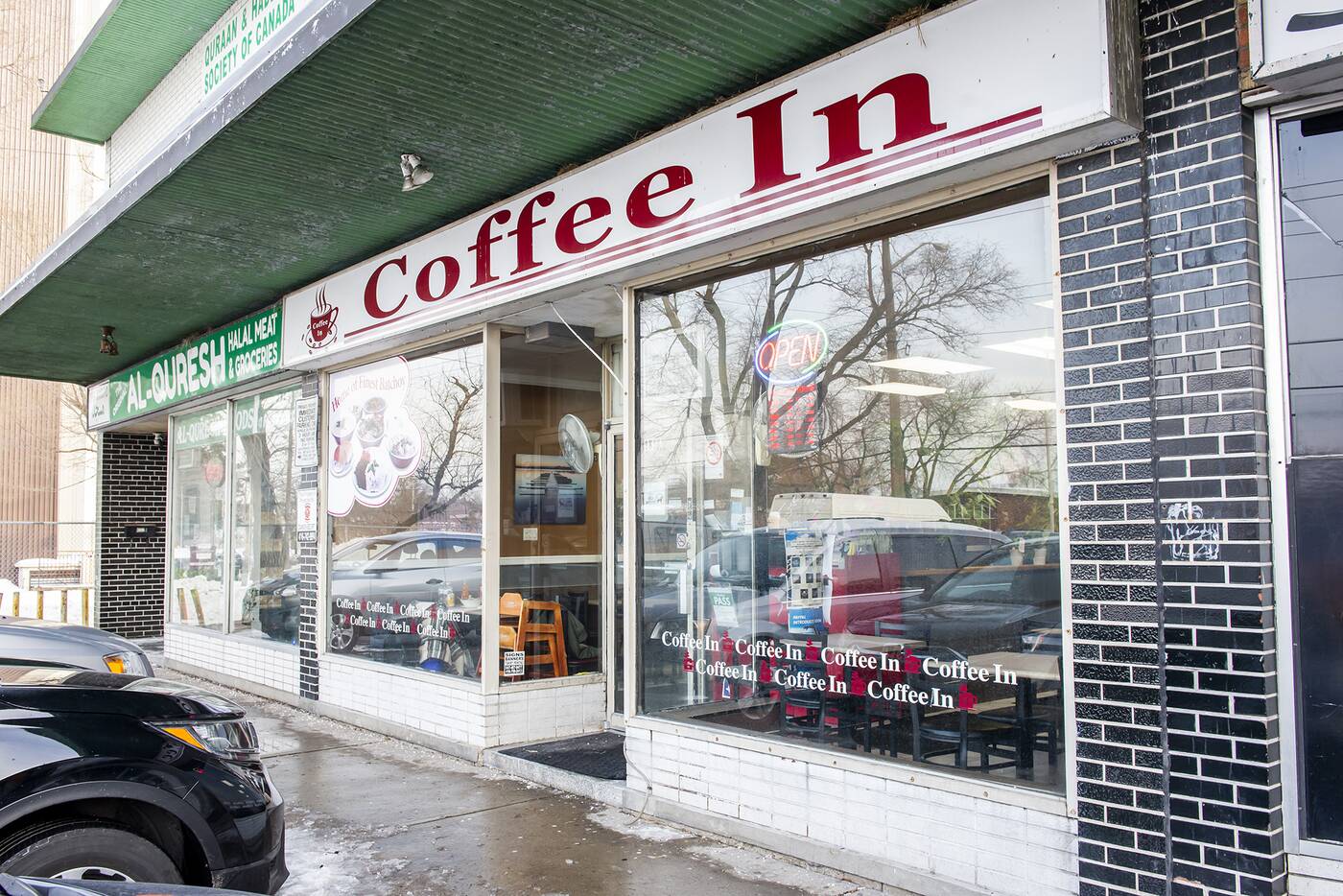