Cho Sun Ok is a purveyor of fine, homemade Korean food and is best known for their thin arrowroot noodles served over icy broth. Known as naengmyeon/naengmyun , the dish originated in the northern area of Korea, and is served with julienned cucumbers, radishes, a boiled egg, and a variety of other ingredients. 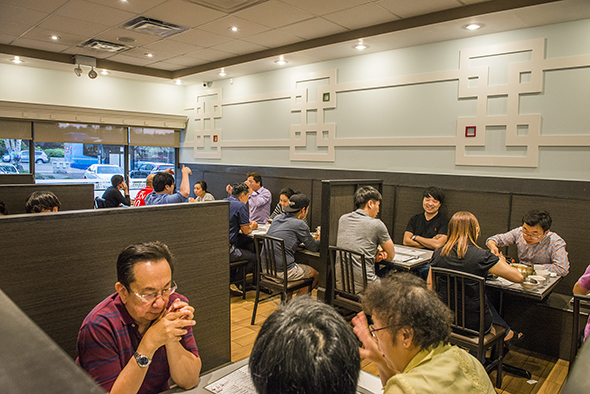 Inside it's pleasant and bright. Having undergone several renovations over the years, the restaurant feels modern and more spacious than in the past. Despite the increased capacity, space is always at a premium at this crowded restaurant. 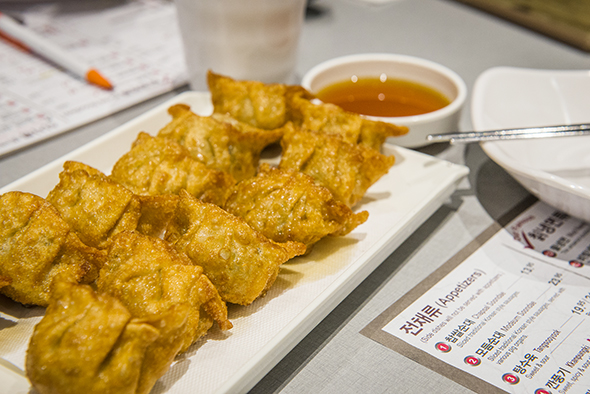 I start off with some appetizers: the Goonmandu ($9.95), fried Korean dumplings, and the Kkanpungki ($23.95), spicy and sweet fried chicken. 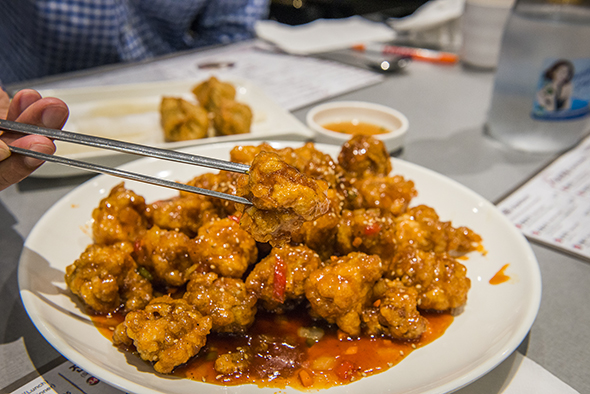 The dumplings are perfectly fried and juicy, though a bit oily. The Kkanpungki is excellent, though. The soft-yet-crisp batter envelops the tender chicken, and that sweet and spicy sauce is a home run. It's a big serving - perfect for sharing with the whole table or even ordered as an entrĂŠe. 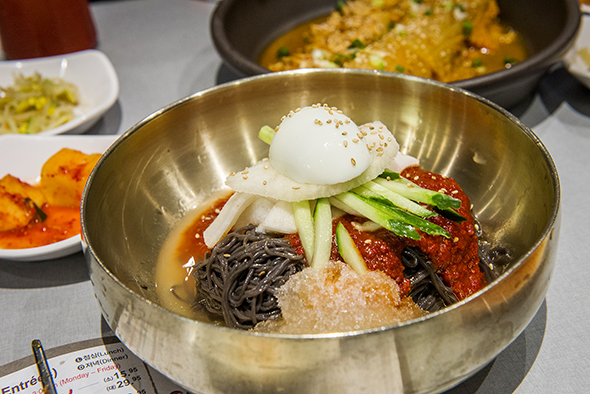 When it comes to cold noodles, I was recommended to try the Bibim Naengmyun ($11.95). In contrast to the standard version, this dish comes with a spicy sauce instead of broth. The slushy soup can be ordered separately ($1.95) and mixed into the dish. 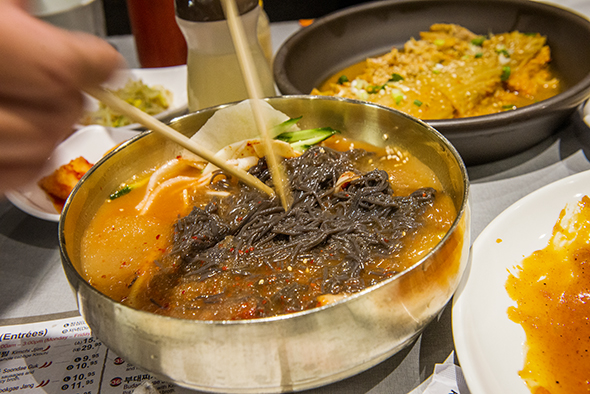 The idea of having icy slush mixed in with noodles might seem a bit bizarre but somehow this works - the flavours and textural interplay are off the charts and the chewy noodles go great with the savoury and tangy broth. 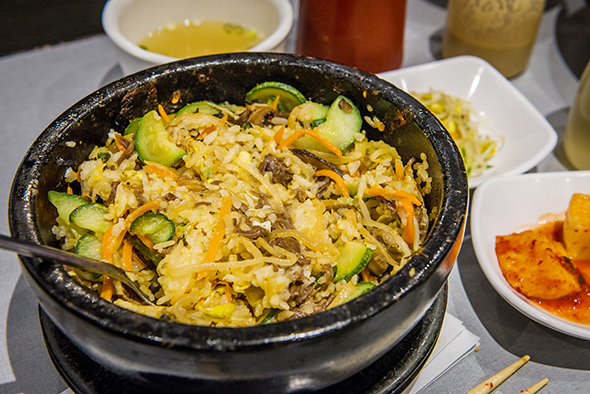 The Jangjorim Dolsot Bibimbap ($11.95) comes served in a stone bowl which keeps the contents hot. As is standard, the bowl is mixed at the table. Usually, bibimbap is served with sliced beef, but Cho Sun Ok's take comes with beef flank - a meat cut that's not unlike brisket. Make sure to add a little extra gochujang sauce. 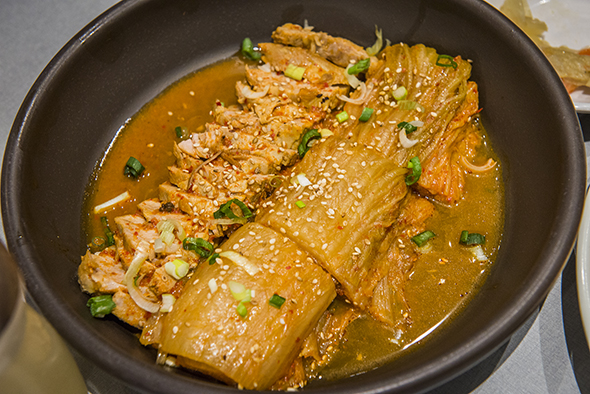 The Kimchi Jjim ($29.95 for a large) comes with slices of pork belly braised with whole cabbage kimchi in a signature homemade sauce. The result is sort of like an Asian version of a cabbage roll. 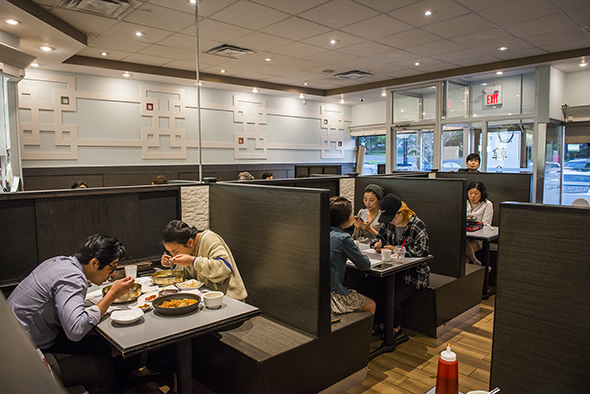 In the sea of many excellent Toronto Korean restaurants, Cho Sun Ok distinguishes itself with the quality and novelty of their dishes. All the food here is made from scratch using homemade recipes, and their cold noodles are a must order. 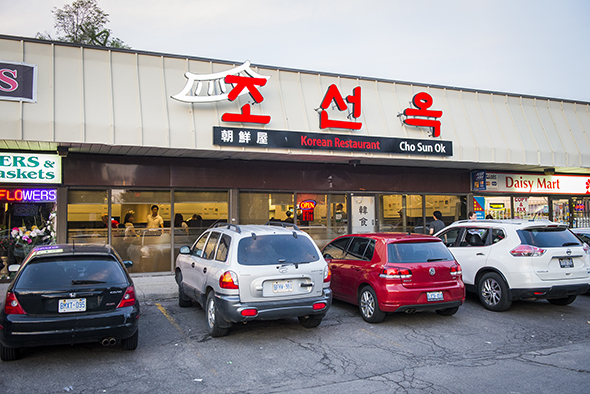 Posted by Darren "DKLo" Susilo. When not writing for blogTO he can usually be found tweeting here or delaying mealtimes by posting pictures here . Photos by Hector Vasquez.