Chinese Traditional Buns is currently open but their offerings and services may be affected due to the pandemic. Please contact the business directly for more information about any changes. Is this your business? Please contact us if you would like to update this message.

I love the almost musical lilt of Mandarin. I've studied it on-and-off for years, vainly hoping that some of it would stick. It definitely takes a little while for your tongue to get used to. On one of the rare occasions I was foolish enough to try and speak it in public, attempting "I don't want any MSG" came out (much to the glee of those Mandarin speakers around me) "I don't want to feed the chickens". So this past Lunar new year's eve visit to Chinese Traditional Buns I keep what little Mandarin I have a secret while tucking into a porcine feast. 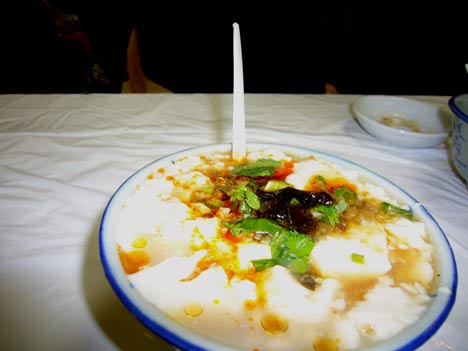 By "Now" I'm sure you've heard it all before. At this point there have undoubtedly been megabytes devoted to this Chowhound cause celebre and humble stalwart of northern regional Chinese food so I can confirm the following:

What better way to usher in the year of the pig than with the fantastic Xian cured pulled pork sandwich? AKA the mongolian hamburger it sees a modest heap of sweet, saucy, cinnamon heavy five-spice braised pork served between the toasted slices of what tastes and feels like a cross between an English muffin and a tea biscuit. The house special jellied bean-curd soup turns the heat up to respectable northern Chinese levels immersing custardy-soft silken tofu in a wonderfully flavourful broth enhanced with the flavour punch of raw garlic, chili oil, fresh coriander leaves, further enriched by the crunch of seaweed and Chinese pickle--culinary panacea for anyone who's got ADD inflicted taste buds.

Making its name on its bao tse, the dumplings don't disappoint.

Savory pork and vegetable pot stickers and Beef soup buns acquit themselves quite well and provide some much needed respite from the chili onslaught. 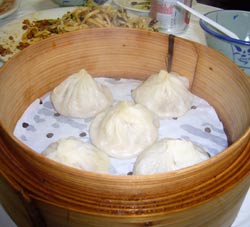 Save room for the puck-sized sweet potato pancakes and enjoy the addictive greasy-sweet, crunchy chew that'll cool your burning tongue and harden your arteries all at the same time. I personally can't think of a better way to go.

Humility, shyness and modesty are hallmarks of those born in the year of the pig and likewise of this northern Chinese nosharama. But these traits belie a richness of character that can be bold and full of surprises. But if the fantastic food here should come as any surprise you need to get yer tongue in gear!