Chill Grill and Cafe is a new shisha cafe and restaurant on the East Danforth at Woodbine. It opened two months ago as House of Bengal, but the name has since changed to attract a wider crowd (the owners, a group of friends who used to be part of Shishalicious , decided the original name was a little too stuffy and wanted it to be more inclusive).

The space itself is large and eclectic, with black chandeliers and stencil art of bengal tigers on the walls. A mix of red leather-like couches and high-top tables make up the seating options, and there are buzzers at each station as a convenient way to call for service or indicate that you want the bill. 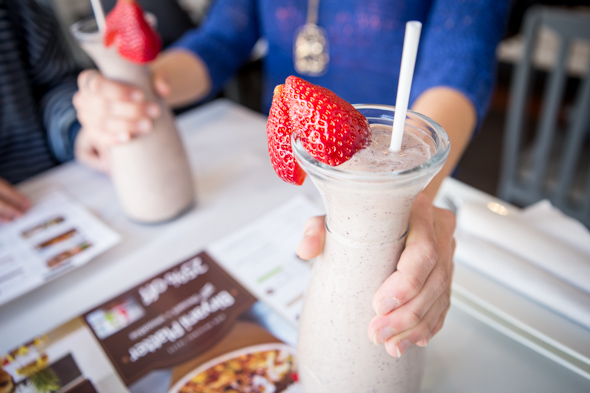 There are a variety non-alcoholic drinks on offer, from teas to lassis and smoothies. We try a Blue Mist smoothie ($5.99), a refreshing half-litre mix of bananas, blueberries and a hint of rosewater. 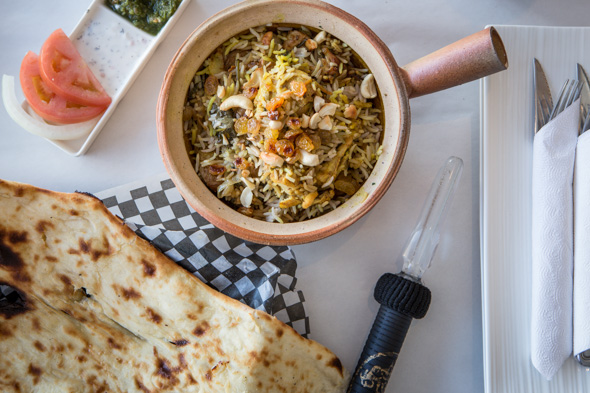 Halal Bangladeshi Indian and Middle Eastern foods can be found on the menu, including paratha rolls, curries and grilled meats. Wael Ben Salman, one of the owners, tells me they will also add some Saudi dishes soon, as well as nachos. Everything is cooked in an open kitchen that can be seen when you come through the entrance. 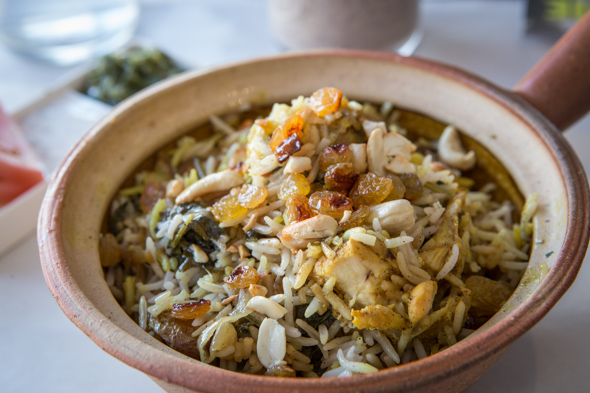 One of the most popular orders so far is the chicken biryani ($12), which is served in a clay pot. It's a multilayered dish with seasoned rice, spiced chicken, sultana raisins, cashews, roasted potatoes and saffron. It's tasty, and not as spicy as I was expecting it to be. 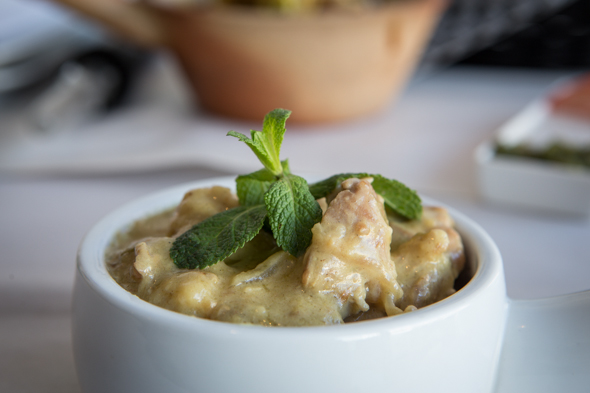 Another interesting dish is the chicken rezala ($13), a Mughal recipe of Bengal combining chicken with yogurt and spices to create a creamy gravy with a mint garnish on top. We have it with naan bread ($2) made in a tandoor oven accompanied with raita, a peppery green chutney and few slices of tomato. 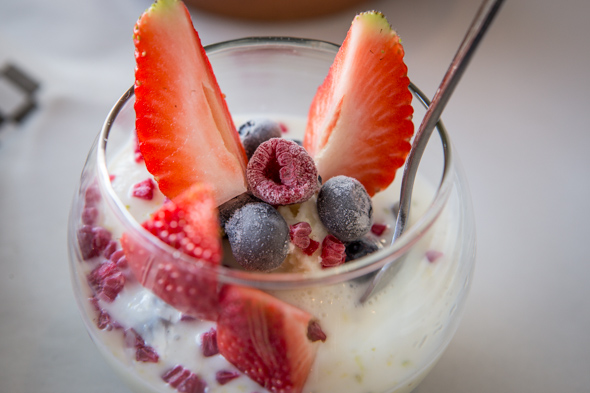 For dessert, there is ras malai ($3.99): a fragrant and creamy cottage cheese-like dessert topped with various berries. They call it the Guilty Pleasure here, although I'm not sure how guilty I feel while eating it - it seems relatively healthy to me! 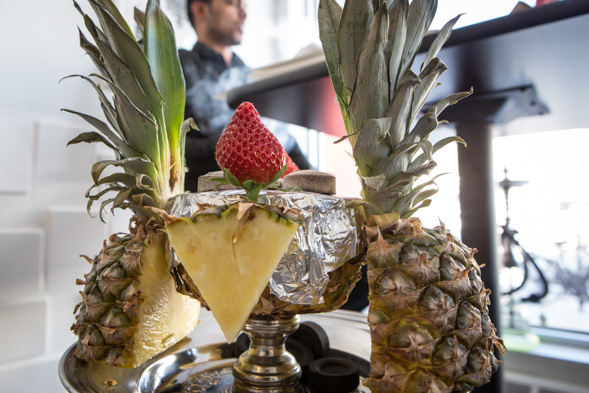 As a post-eating treat, there is, of course, shisha. A regular hookah is $12.49, while fruit-head versions start at $15.99. We get a mixed fruit one with a hint of mint and a pineapple head ($32.99). If you're not into sharing spit, there are individually packaged mouthpieces for personal use, which I find a considerate touch. 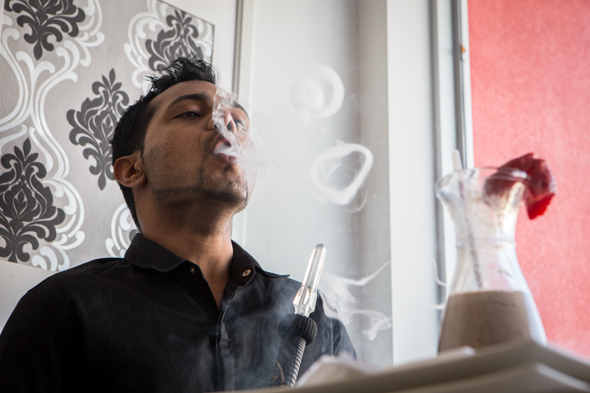 I haven't smoked shisha in a while, and my smoke blowing skills leave a lot to be desired. We get the friendly staff to show us some of their tricks, and they don't disappoint. I naively ask them how they're so good, and their answer? "Experience." 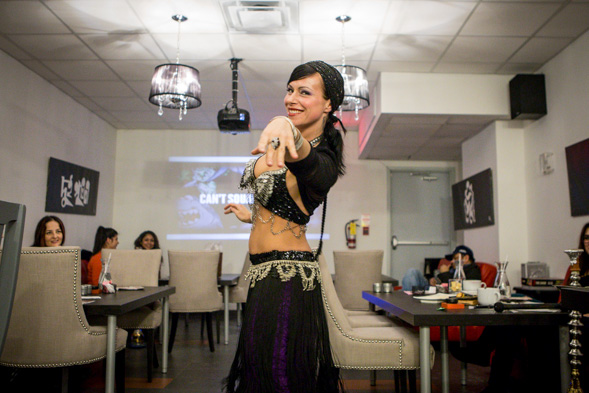 Salman tells me they mostly cater to a late-night crowd and that they've been hosting belly dancing performances on weekends. They're aiming to make this the best shisha lounge in the city, and their new name does reflect their aesthetic - things are pretty chill here. 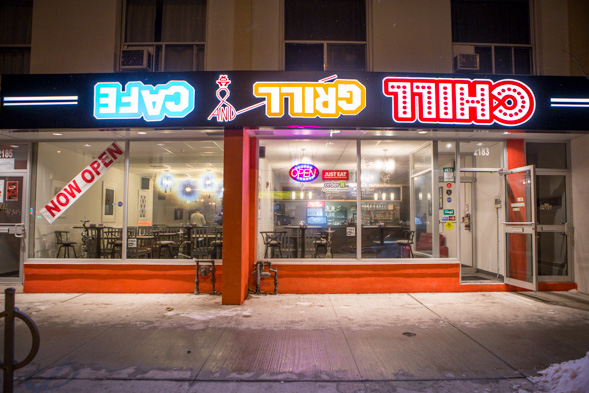