Chadani is currently open but their offerings and services may be affected due to the pandemic. Please contact the business directly for more information about any changes. Is this your business? Please contact us if you would like to update this message.

Chadani loosely translates to "moonlight," but here it's a casual Indian joint doing a lunch buffet six days a week.

Specializing in scratch-made northern Indian fare, the place is owned by the same person as Indian Grill on Ossington, Bisho Sherpa. 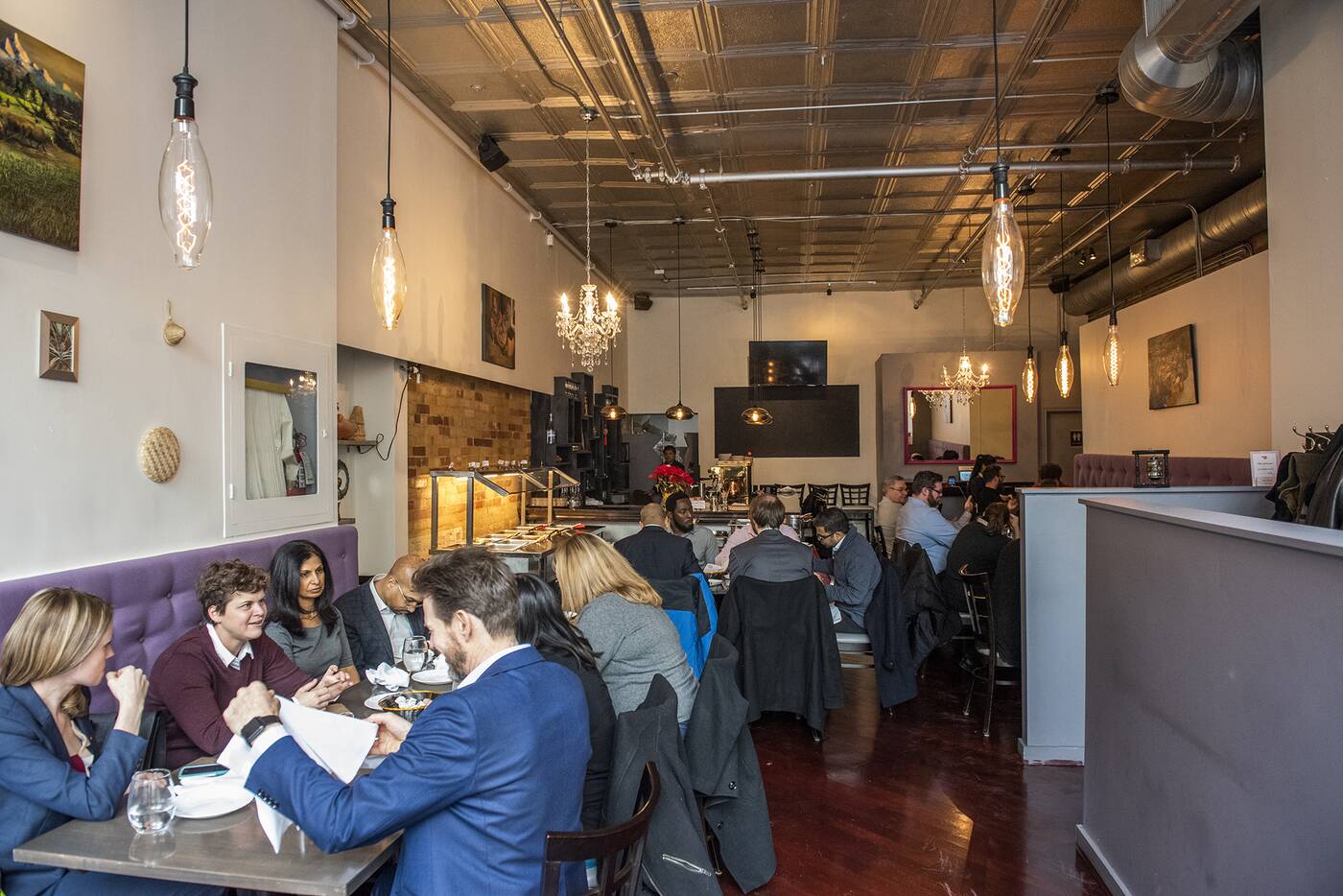 Previously home to Real Mo-Mo’s, little has been done to update the space though the historical bones of the building and tall windows still feel classic. 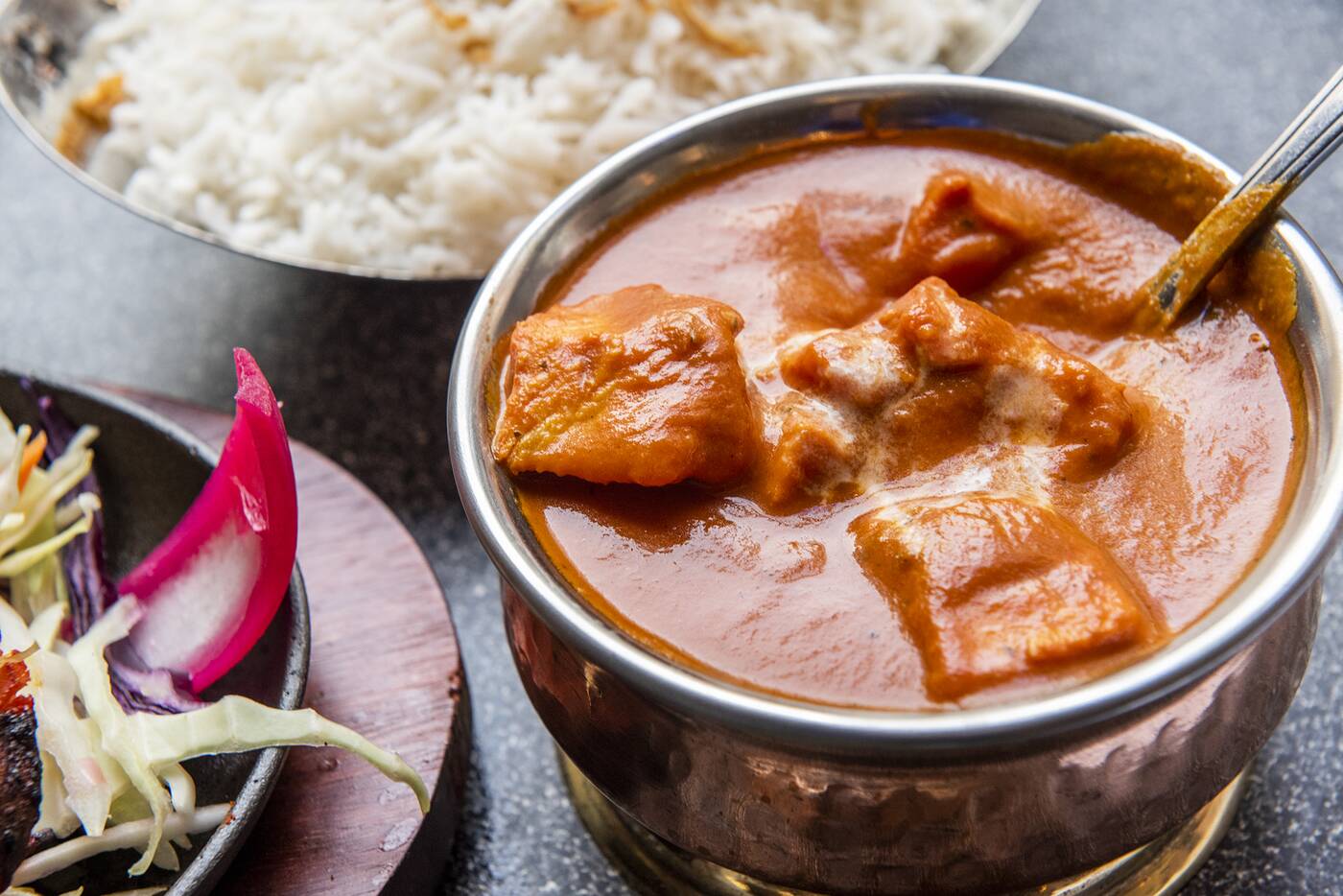 Butter chicken ($14.99) comes off as flawlessly executed, chunks of white breast meat cooked in a tandoor, served bathing in tomato sauce that's seasoned with a signature Indian spice blend that cream is added to while cooking.

The result is ultimately comforting and aromatic, the sauce overall thick without being grainy, creamy, sweet, and just mildly spiced enough to wake up the palette a little. 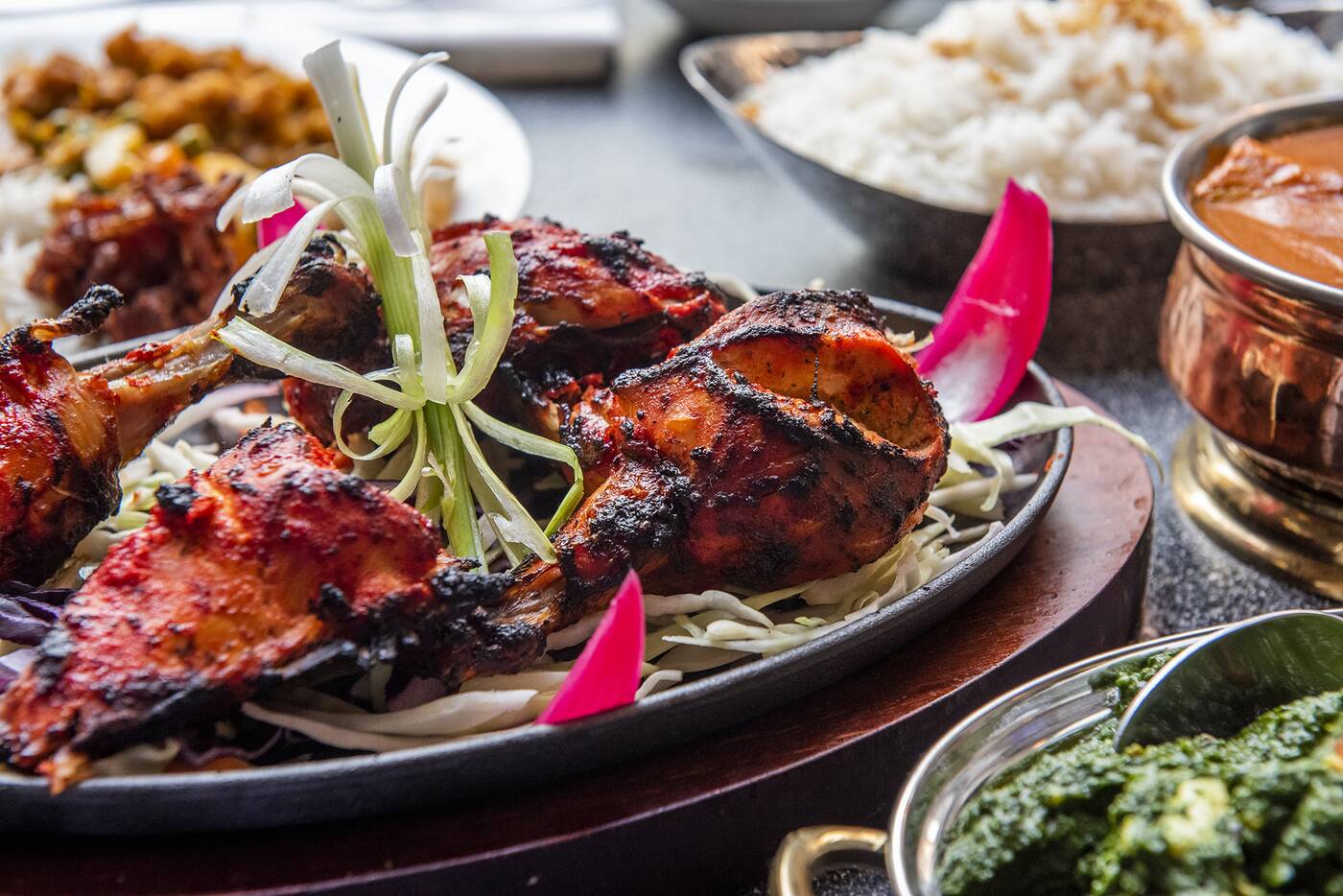 Tandoori chicken ($16) is another staple here, a half chicken marinated overnight in garlic, cumin and ginger. It’s given a second marinade in Balkan yogurt to order, cooked in the tandoor. A charred, spicy neon red exterior easily tears away to reveal glistening, juicy meat. 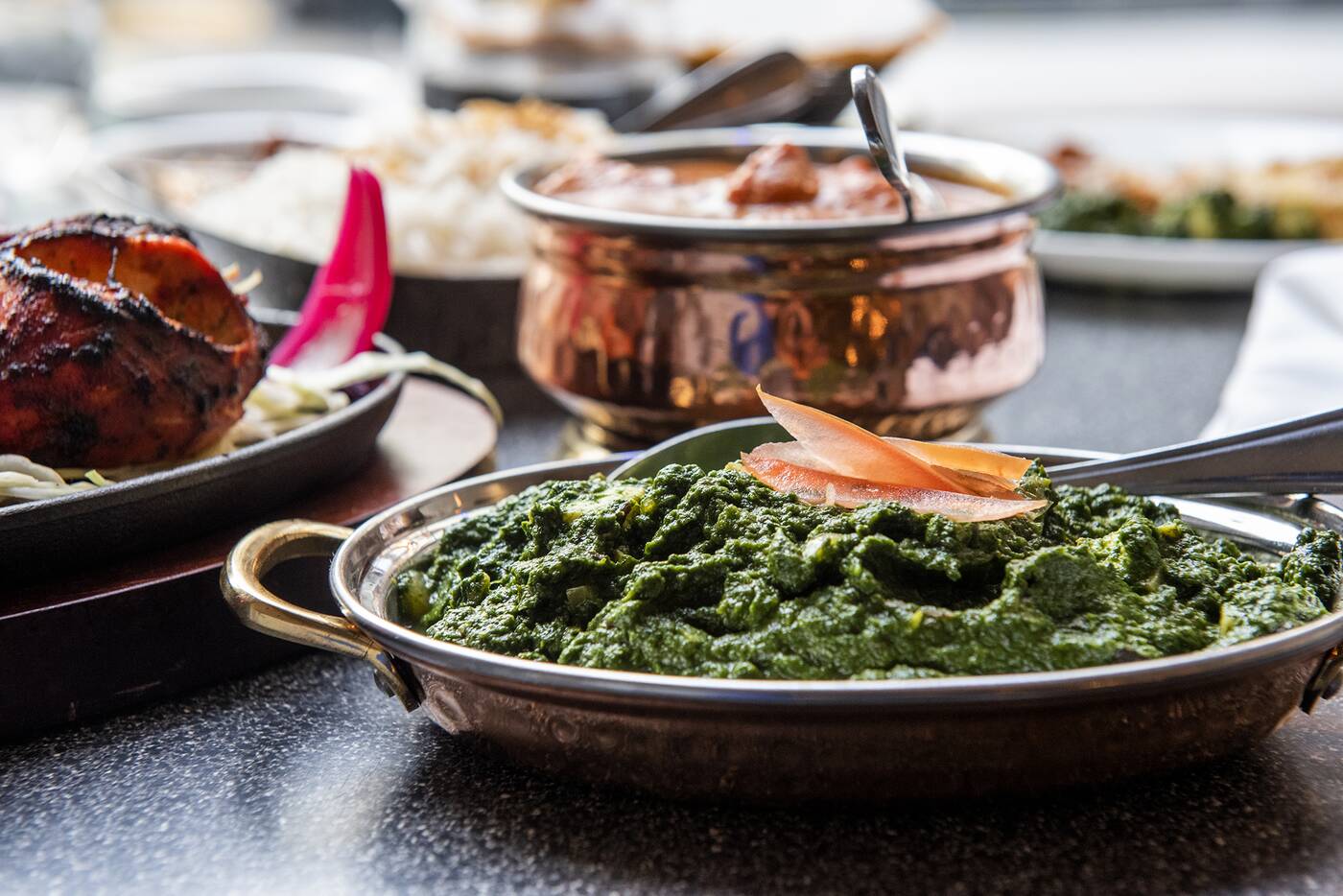 Saag paneer ($12.99) is a typical vegetarian go-to, spinach blended with a spice mix and studded with large chunks of cottage cheese. Fresh produce is delivered every morning, and this curry has a bright, grassy but warm flavour. 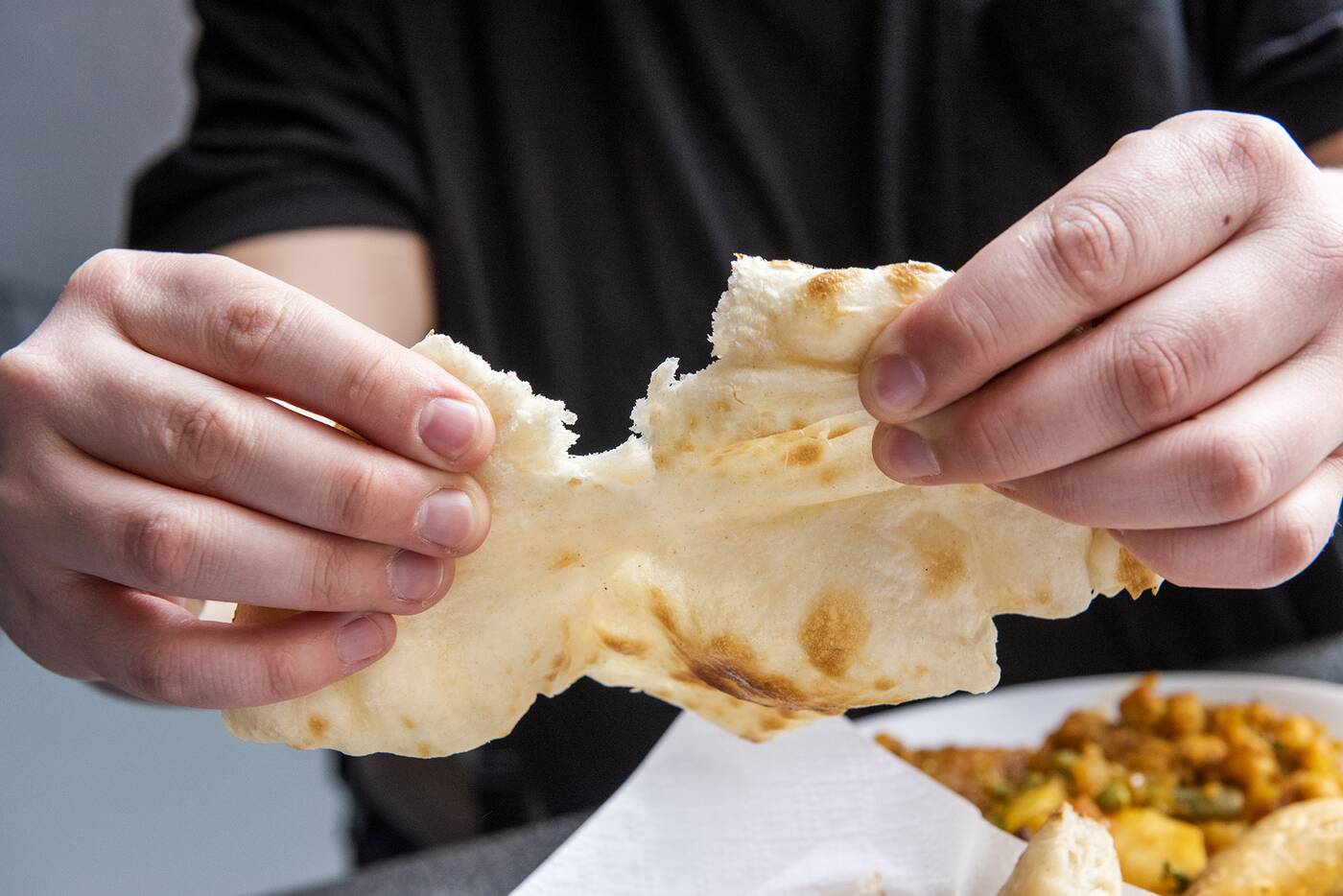 A complimentary basket of house naan isn’t too buttery or greasy with a light crackery top, though the bread is still nicely elastic and perfect for dipping into and absorbing those complex, rich curries. 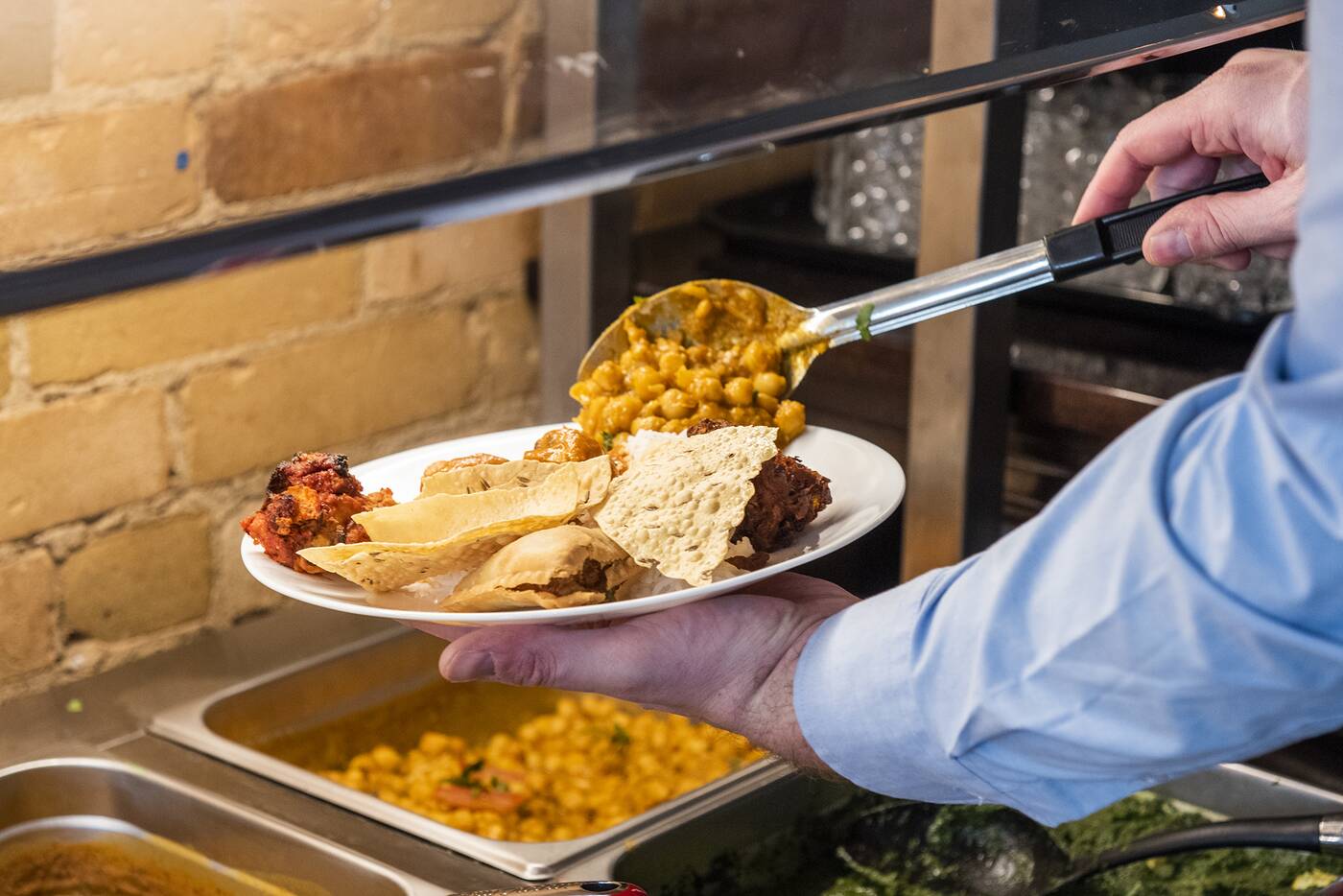 At a lunch buffet ($14.95) from 11:30 a.m. to 3 p.m., load up a plate with any of eight entree options, which usually include the butter chicken, saag paneer and tandoori chicken. 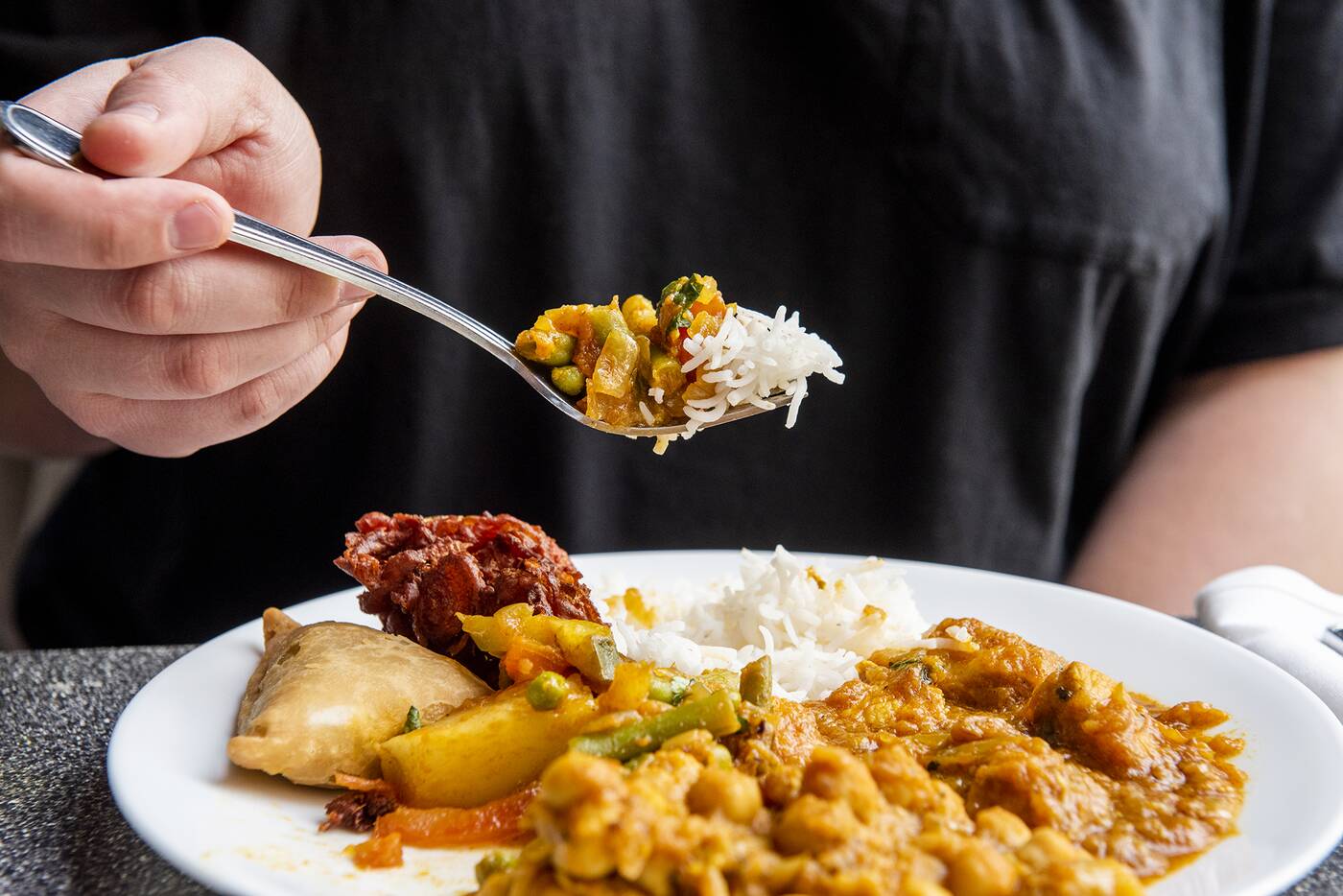 Today there’s also chicken curry in a lightly spiced tomato and onion gravy, as well as vegan options like chana masala and mixed max tarkari, a curry packed with beans, potatoes and peas. 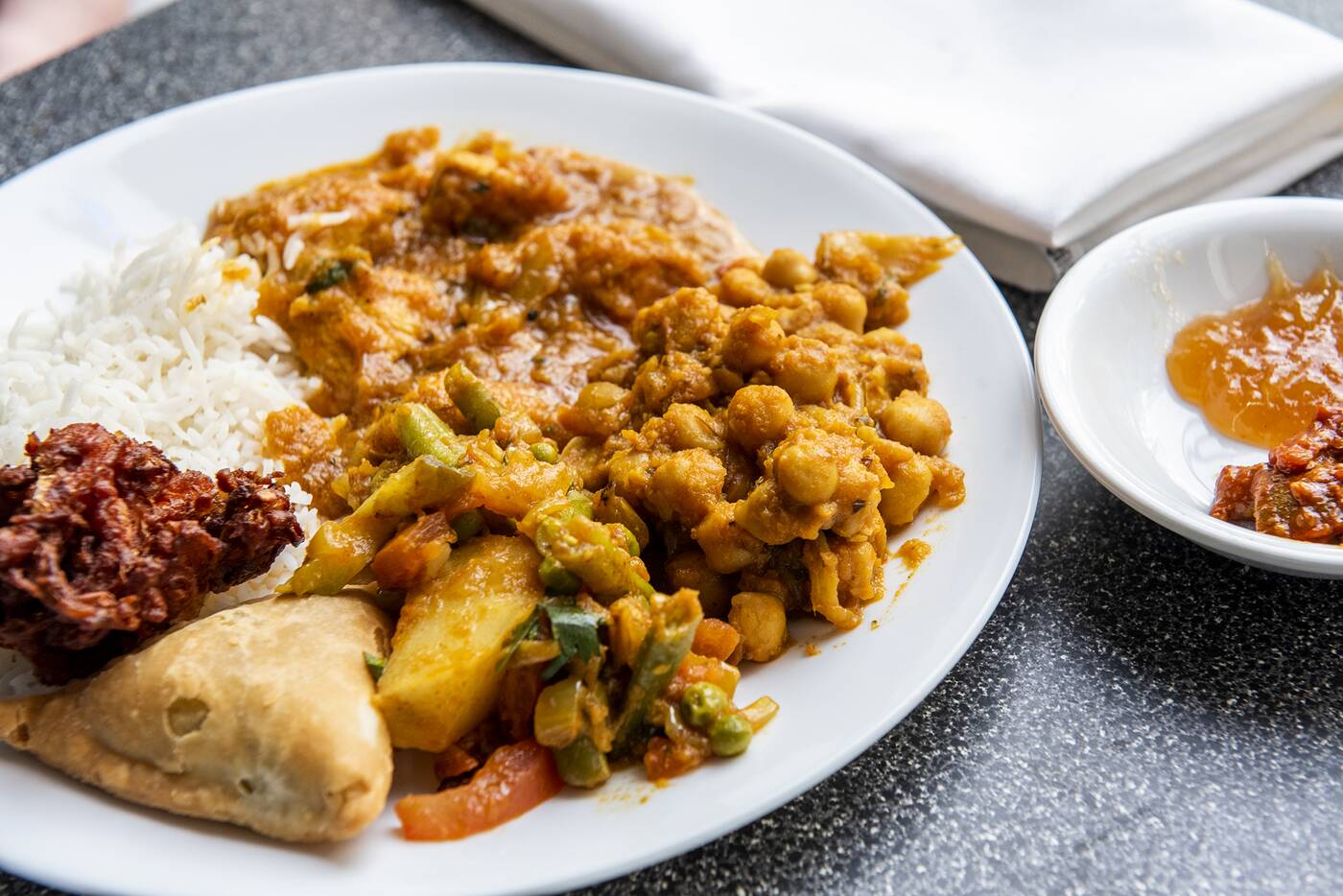 On any given day there could also be options like cod curry. 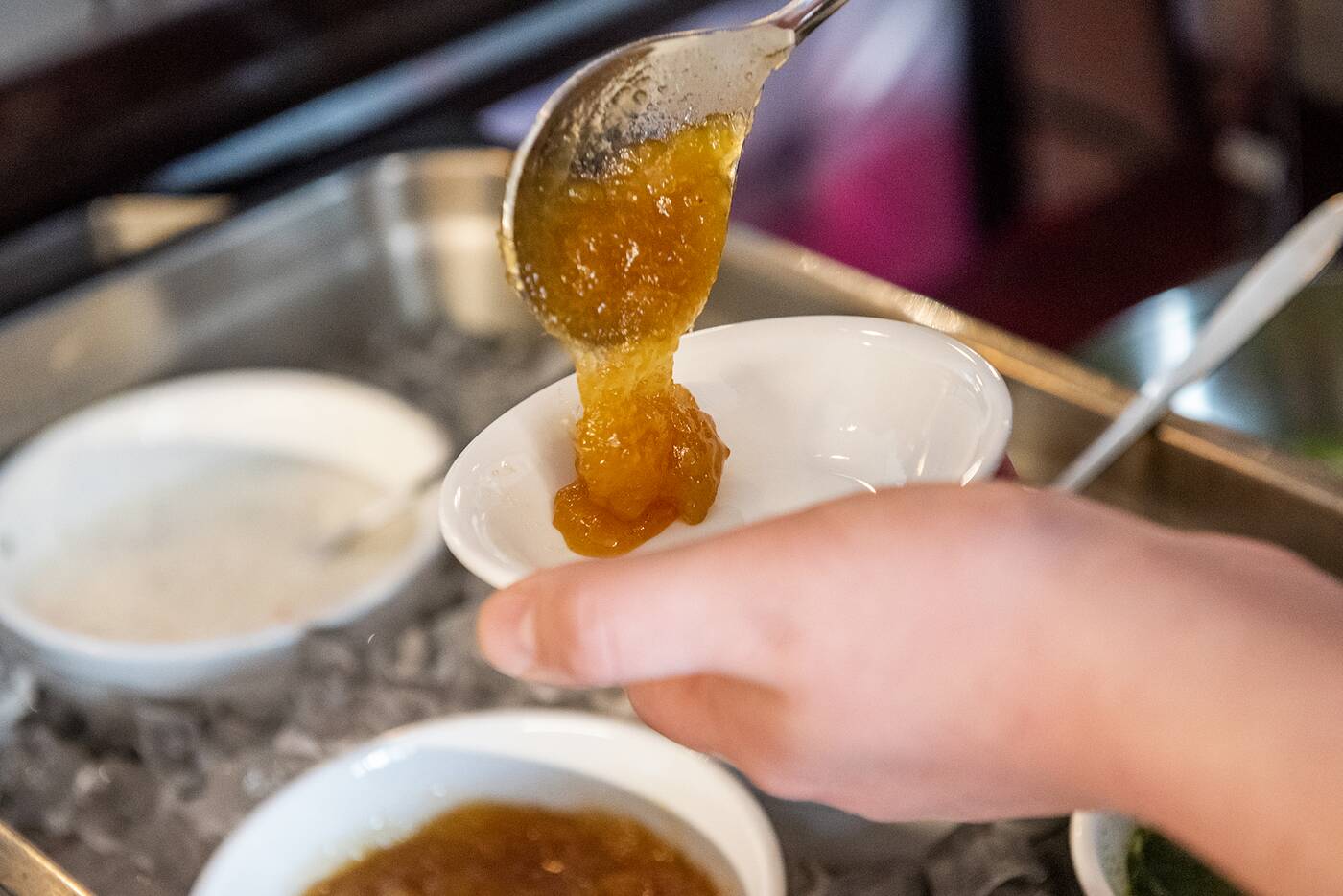 Condiments like mango chutney, mint sauce and very sour pickles are available to complement the buffet. 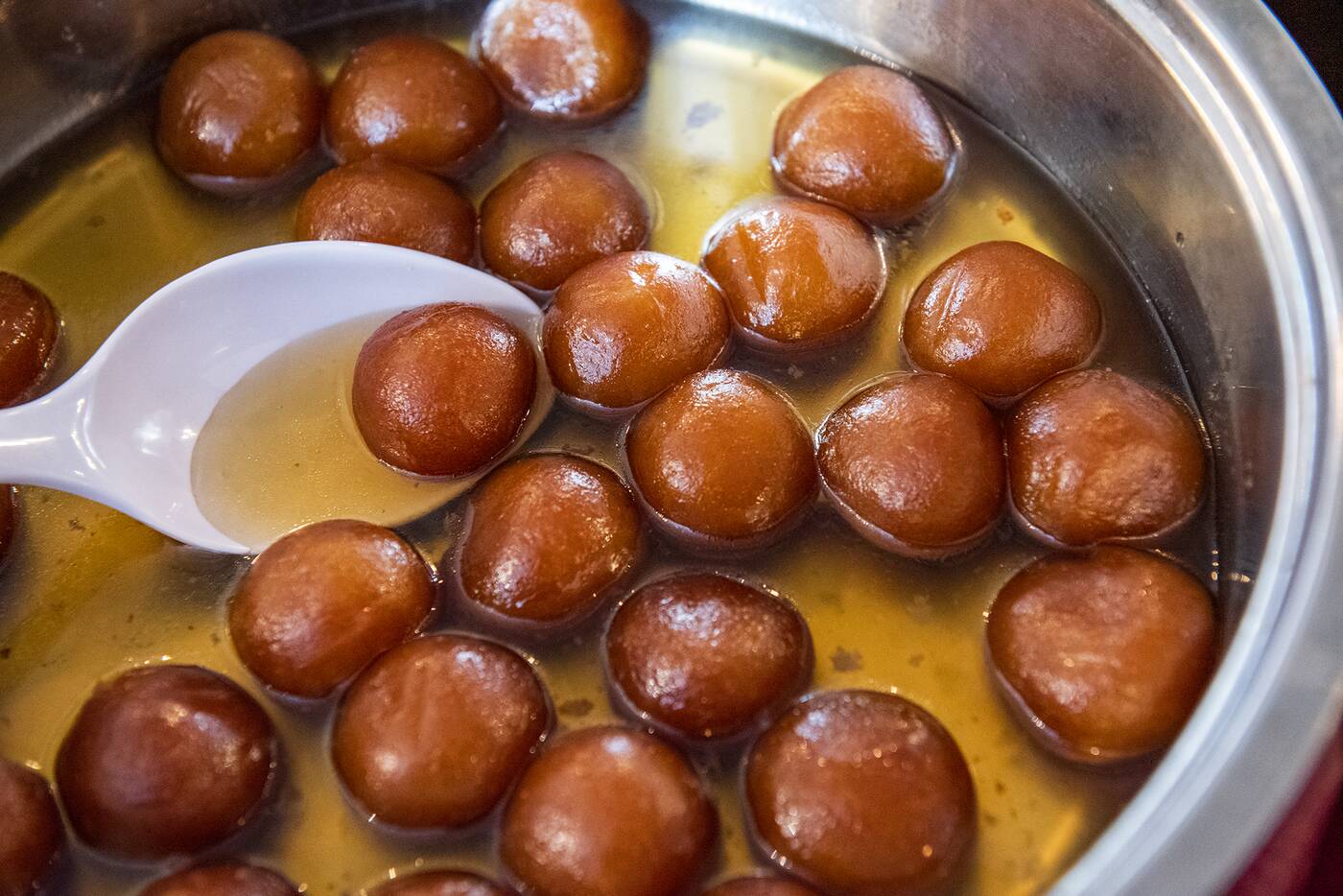 For dessert, serve yourself from a tray of golden gulab jamun (kind of like Indian donut holes) swimming in sticky syrup. 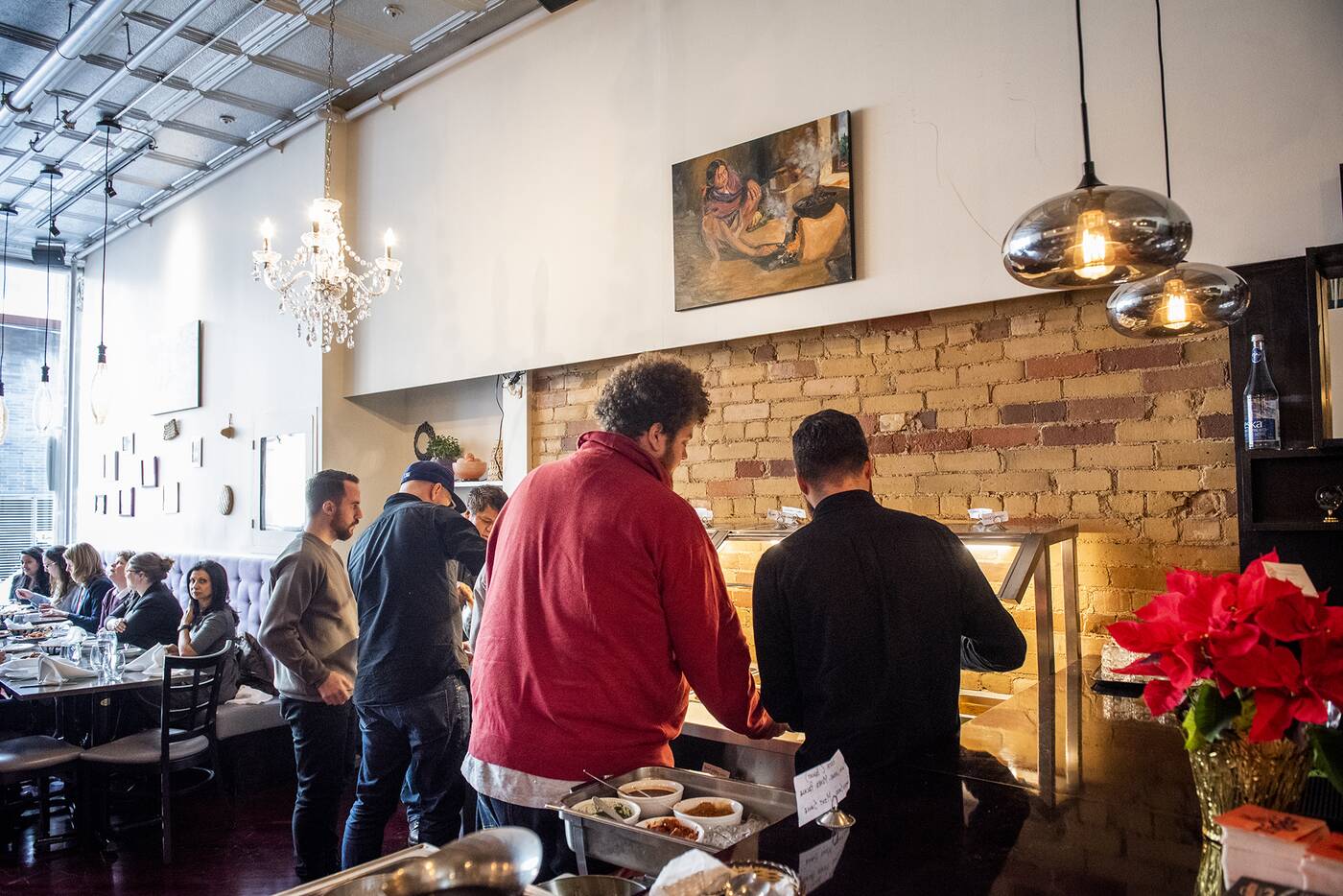 There’s a break between the buffet lunch and a la carte dinner service from 3 to 5 p.m. Chadani is also licensed. 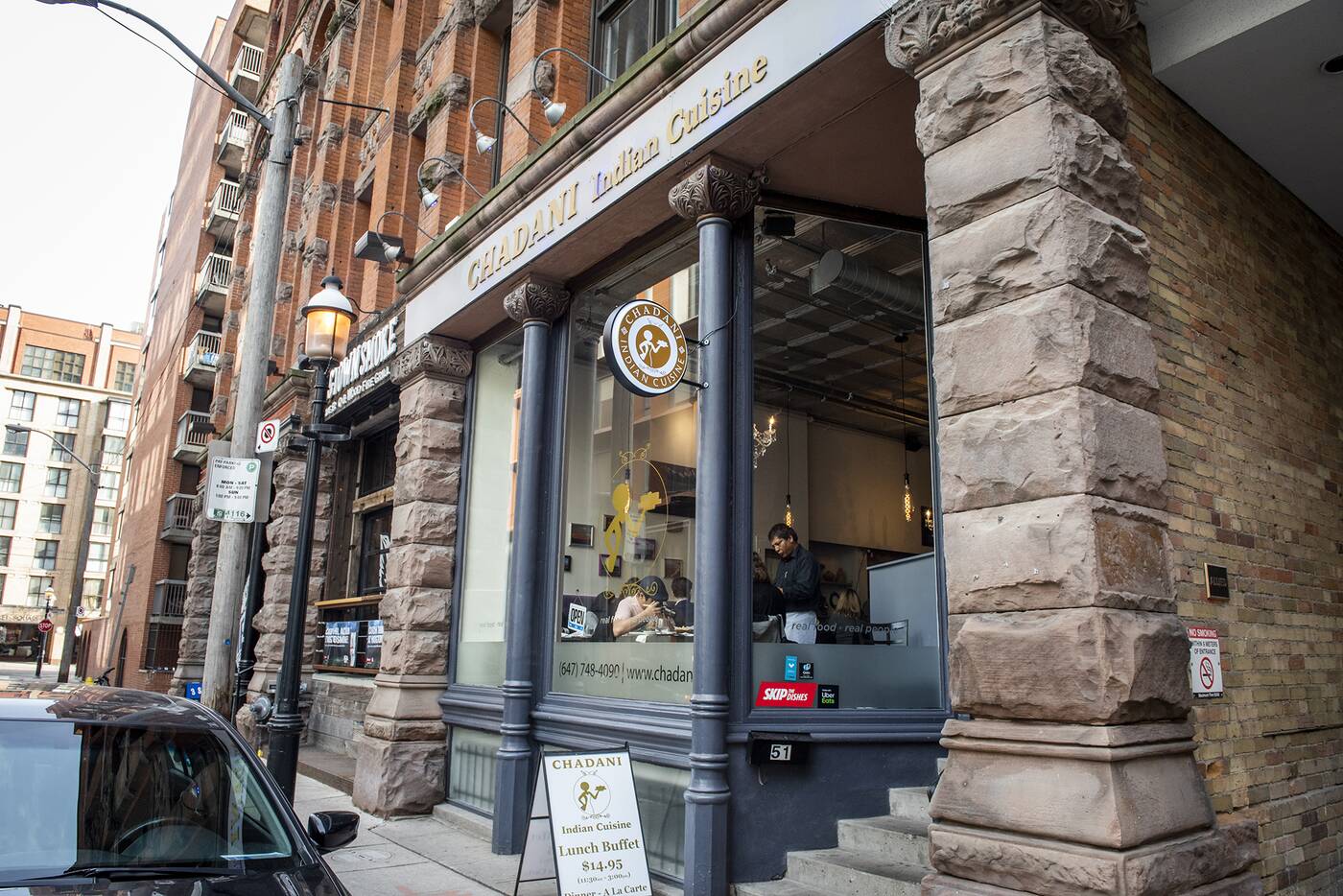