Cellar Door is not your typical Italian-Canadian restaurant. Owner and head-chef Robert Rubino honed his skills in kitchens around the world, and he's now serving up handmade pastas and thin-crust Neapolitan-style pizzas cooked to order in a wood-burning stove.

After graduating from Wilfrid Laurier University, Rubino went to the Culinary Institute of America in Hyde Park, New York before heading to Italy where he learned to make fresh pasta at the Il San Domenico restaurant. He also has experience cooking in Buenos Aires and in France under Michelin-starred chefs Edouard Loubet and Joel Robuchon. 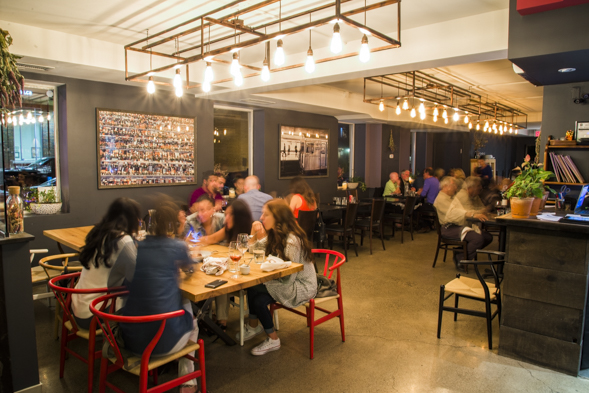 When he finally moved back to Toronto, he didn't know where to open up his new place. "I found myself moving more and more to the outskirts," he says, speaking of the high rental costs in areas such as West Queen West and even the Junction. He finally settled in Etobicoke, a fitting spot considering he grew up in the area. 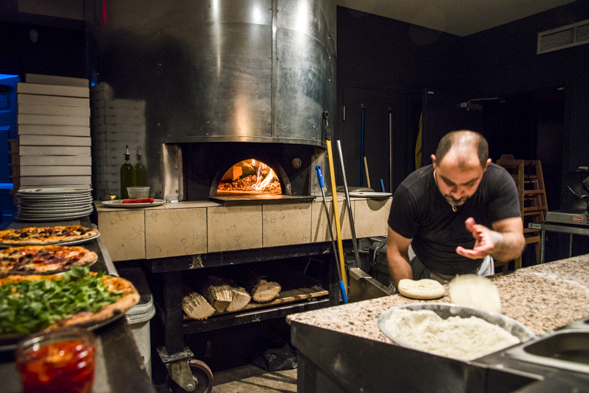 He decided to let the space dictate his restaurant's style; thanks to the preexisting wood-burning oven, pizza and pasta seemed like a natural fit. With concrete floors, hanging lights and made-in-house preserves lining the walls, the place definitely feels like a jazzed-up cellar of sorts. 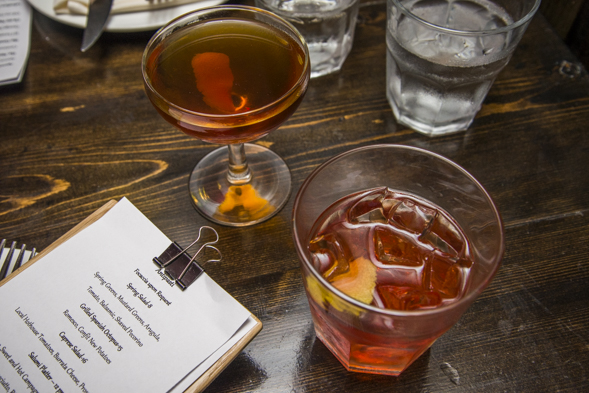 To start, bartender Cameron Tweedy whips up Cellar Door's take on two classic cocktails. The New Toronto ($11) is a smooth mix of rye, fernet and walnut bitters. I also try the cheekily named Lake Shore Boulevardier ($12) made with bourbon, campari and amaretto. 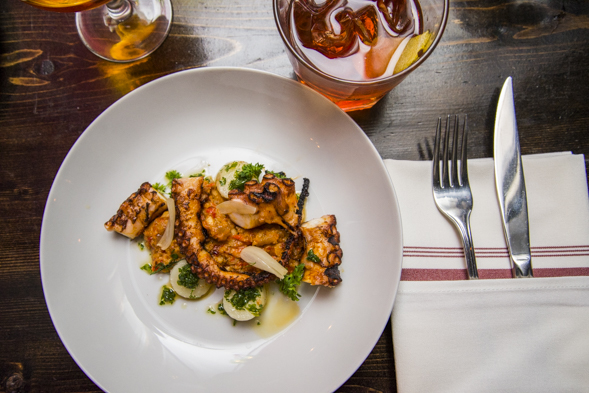 As an appetizer, I try grilled Spanish octopus ($15), served with roasted red pepper and tomato romesco sauce and potato confit. 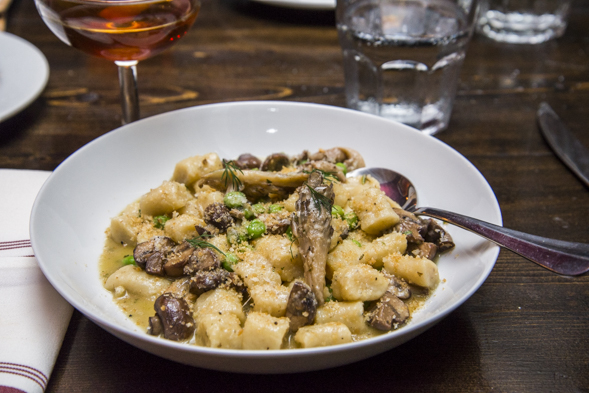 Pizza doesn't monopolize Rubino's wood-burning oven for pizza; he uses it to impart smokey, meaty flavours in his produce as well. Instead of regular gnocchi, he serves wood roasted potato gnocchi ($18) with mushrooms cooked three ways, peas and truffle pecorino. It's a hearty, but still summery dish.

Rubino sources all of his meat from Ontario and uses local vendors for his cheeses. During the summer, he cans and jars fruits and veggies such as peaches, cherries and peppers. These preserves appear in dishes, desserts and cocktails throughout the year. 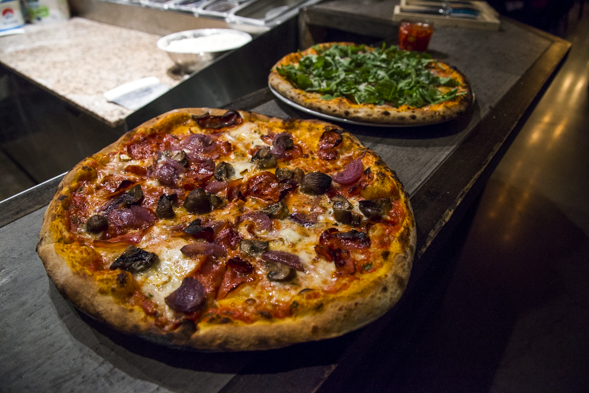 Like the rest of the menu, pizzas are prepared and cooked to order with homemade, fermented dough. I go for the Anna Maria ($16), topped with tomato, mozzarella, hot soppressata, red onions and brie cheese. While brie may seem like an outlier here, it works deliciously with the spicy salami - it could definitely vie for the title as one of the best pies in Toronto. 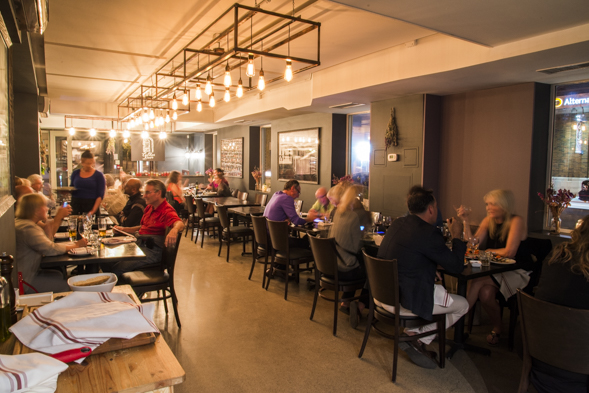 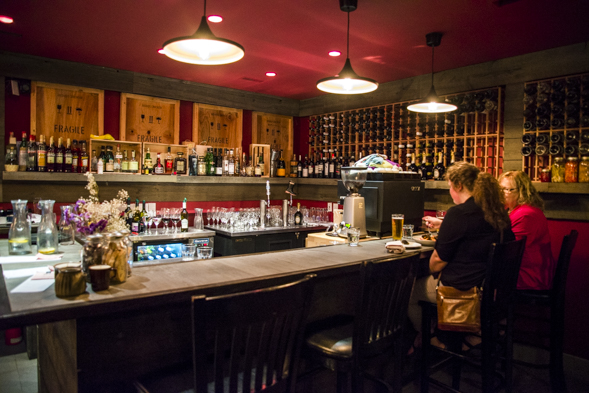 With a long wine list and comfortable atmosphere, it's easy to see why many of Cellar Door's customers have quickly become regulars. 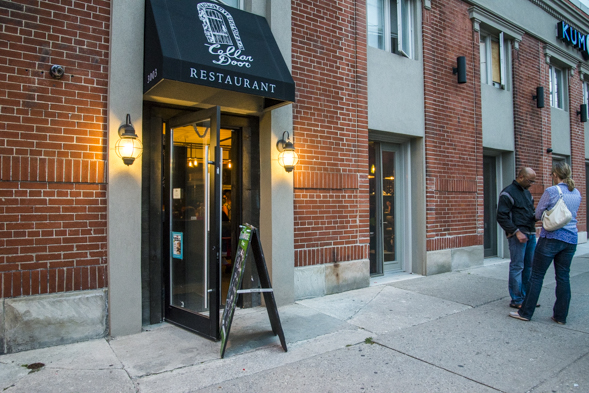 The Best Pizza in Etobicoke

The Best Salumi in Toronto