Casamiento is open for dine-in and takeout. There is also streetside seating. Staff are equipped with PPE. Hand sanitizer is available at the counter.

Casamiento is a pupuseria specializing in El Salvador's national dish.

This casual takeout spot serves the trifecta of hand-held Latin American eats —tacos, quesadillas, and pupusas — but it's the latter,  stuffed with ingredients like beans, cheese, and pork revuelta, that make it shine. 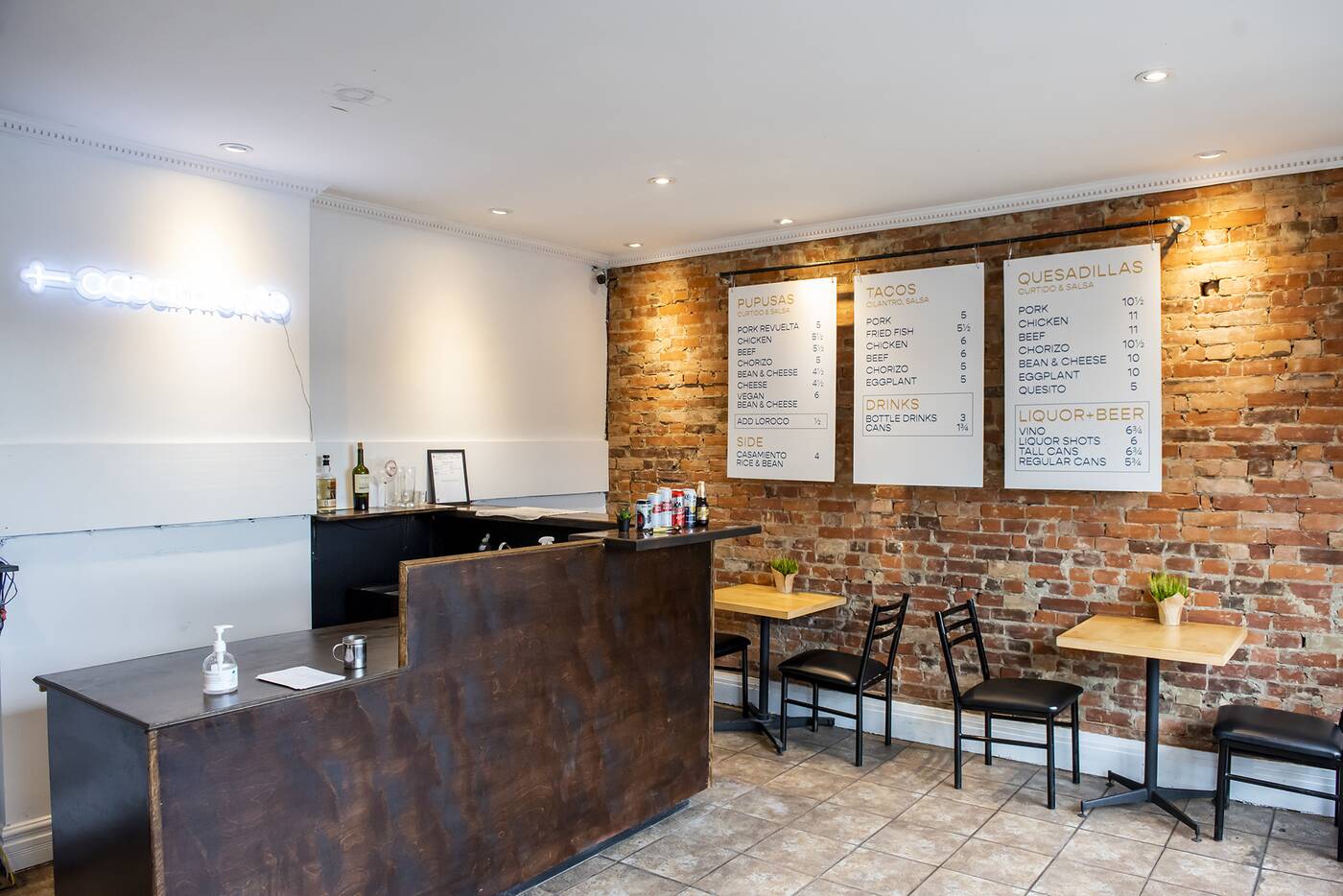 Owner Rene Rodriguez first opened Casamiento as a 70-square-foot stall at the back of Kensington's cramped food court 214 Augusta (which is arguably one of the most successful small business incubators in the city). 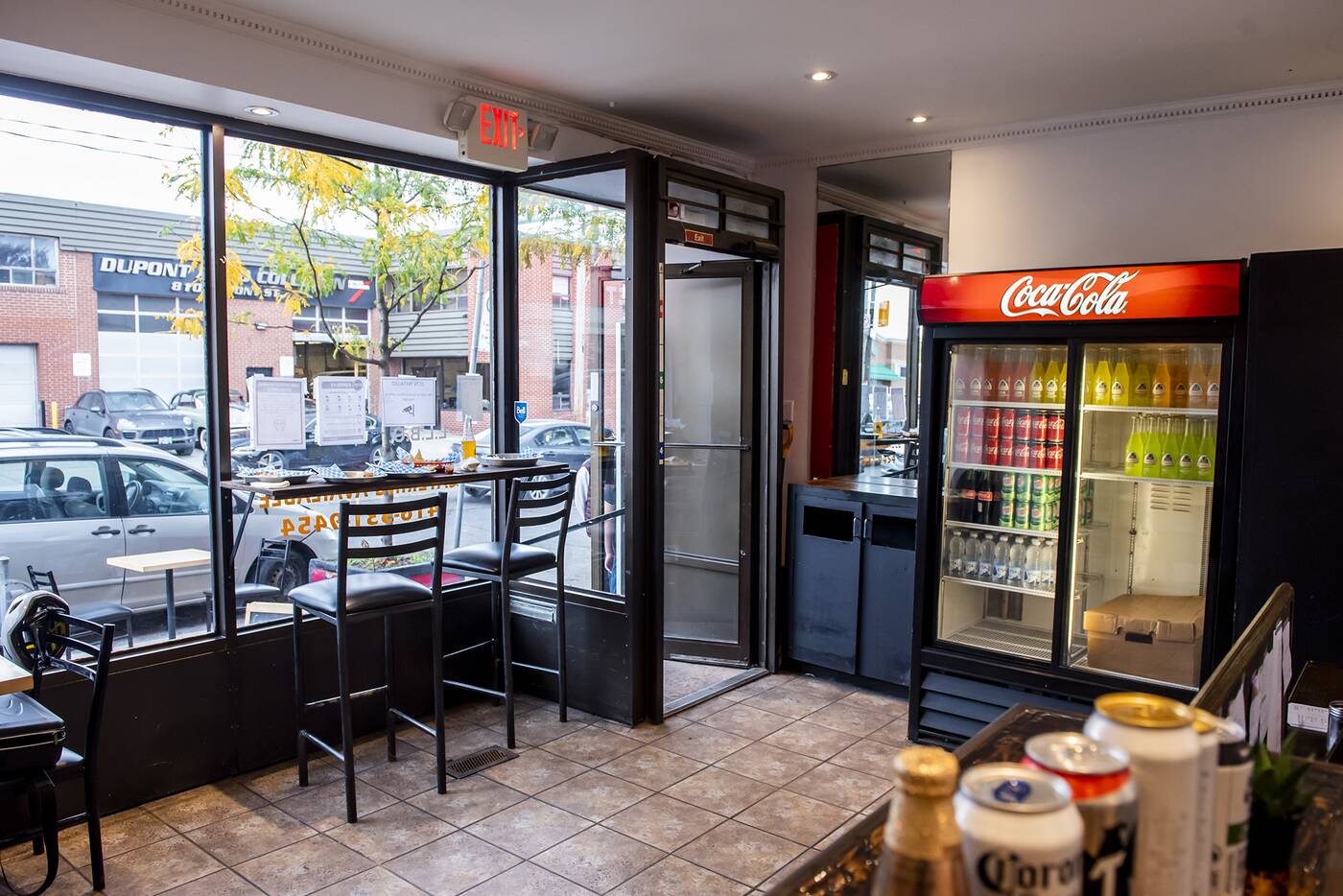 Back then he was dishing out something he coined the pupusadilla: a mash-up between the Mexican corn quesadilla with Salvodaran pupusa fillings. 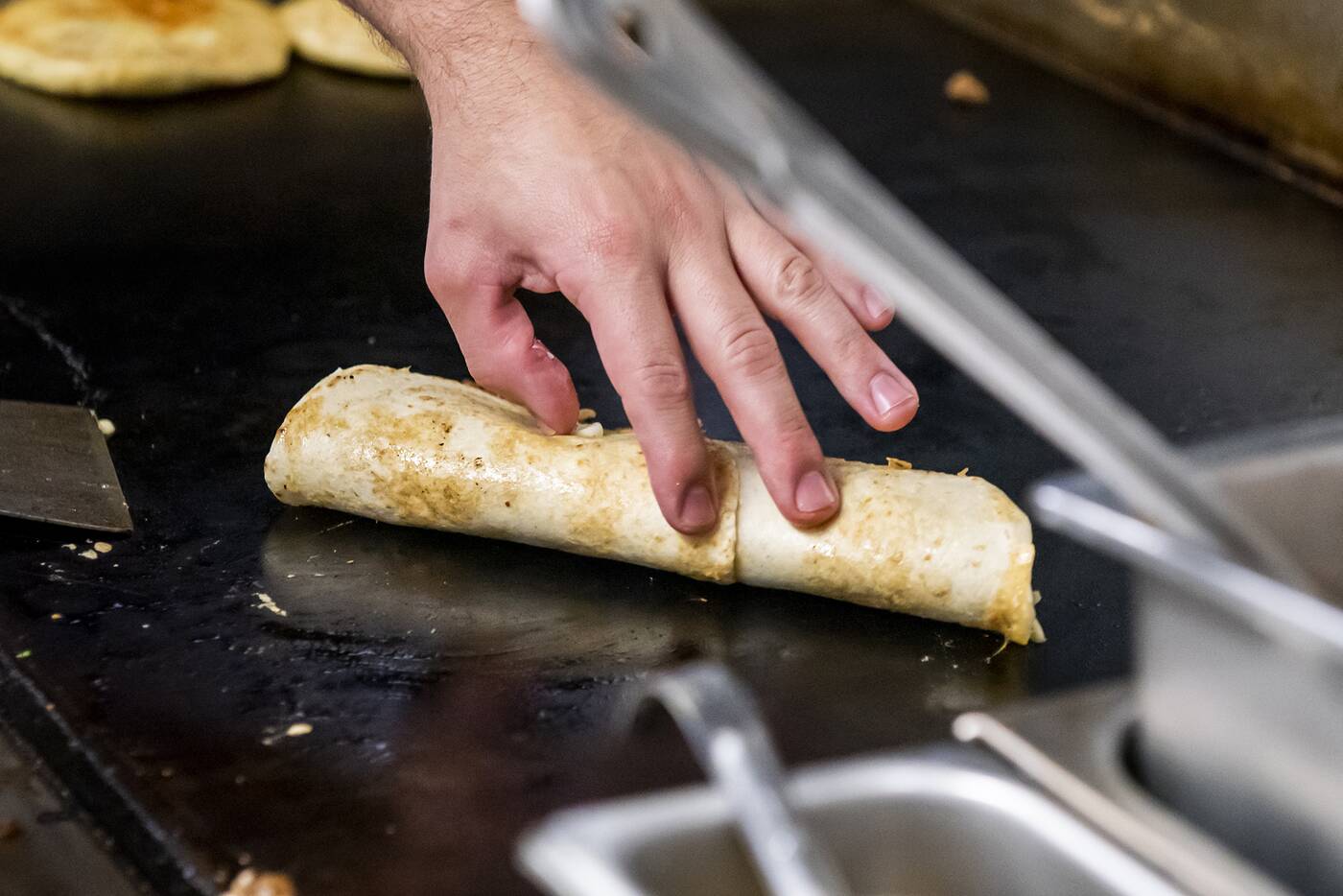 It was tasty, if not somewhat gimmicky: Rodriguez says he only did it to bypass the food court's ban on doubling up on cuisines. There was already a quesadilla spot operating at the time, and he hadn't fully come into his own as a pupusa-maker. 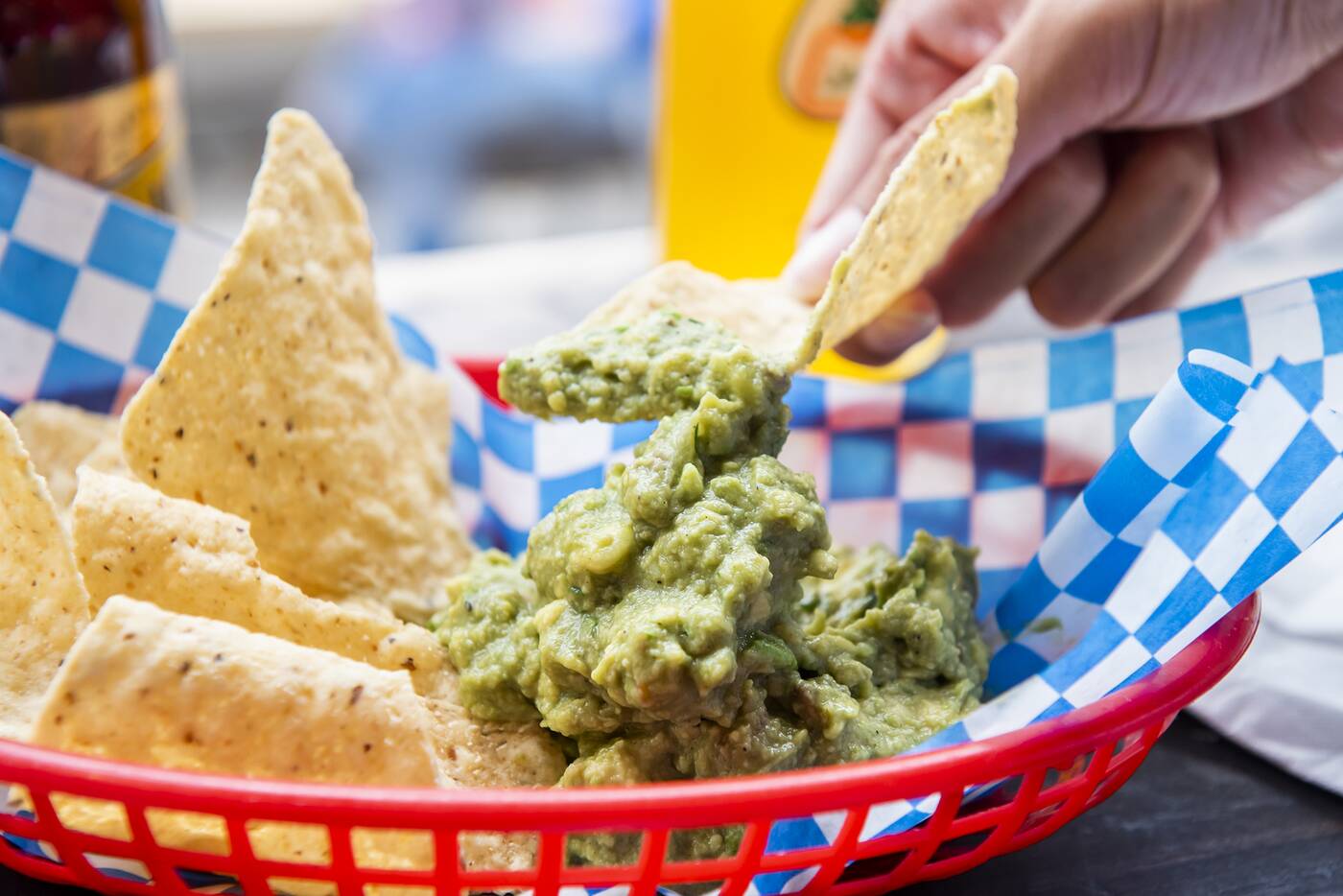 Now, Rodriguez works out of a full-fledged restaurant 10 times the size of the original, with an expanded menu and beers to boot. Aside from the quality of the dough, he says the ratio to filling and dough is of utmost importance. 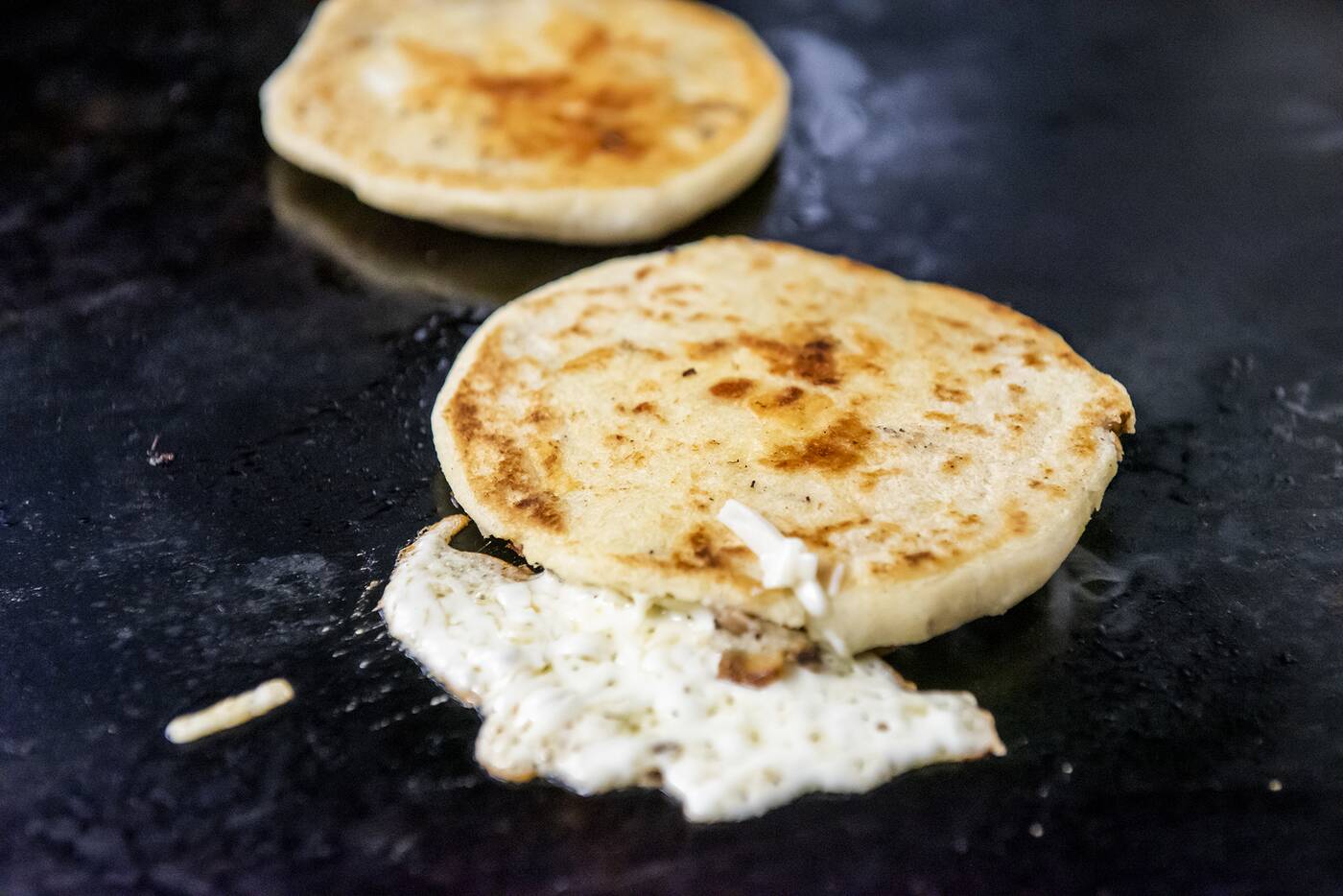 The basis of nearly everything is corn dough, tortillas, beans, and cheese. While white dough is more traditional, Casamiento's thick pupusas are made from yellow dough. 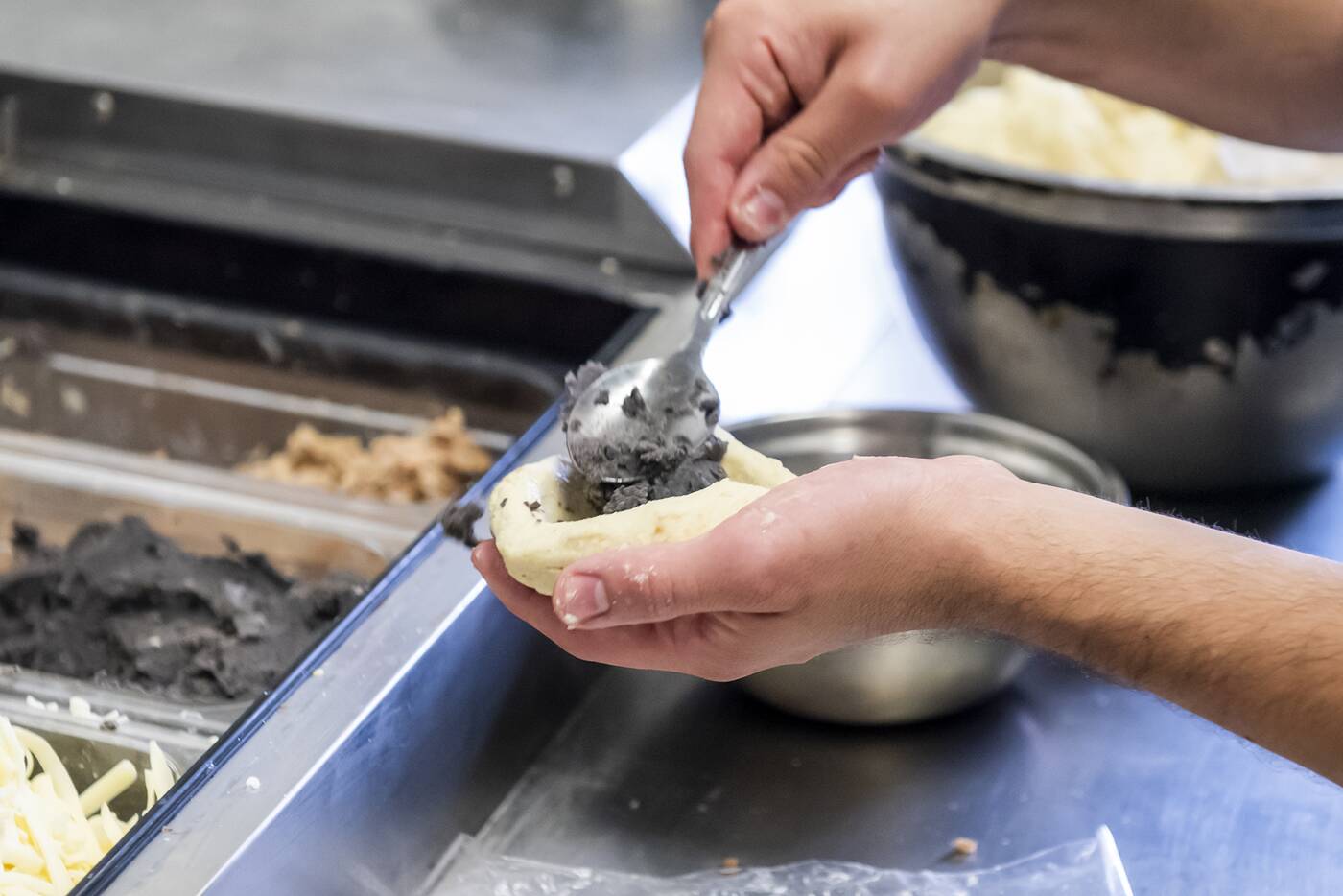 Pork roasted with aromatics and blended with garlic and onions makes up the pupusa stuffed with pork revuelta ($5), served with salsa and a delicious curtido, or Salvadoran cabbage slaw. 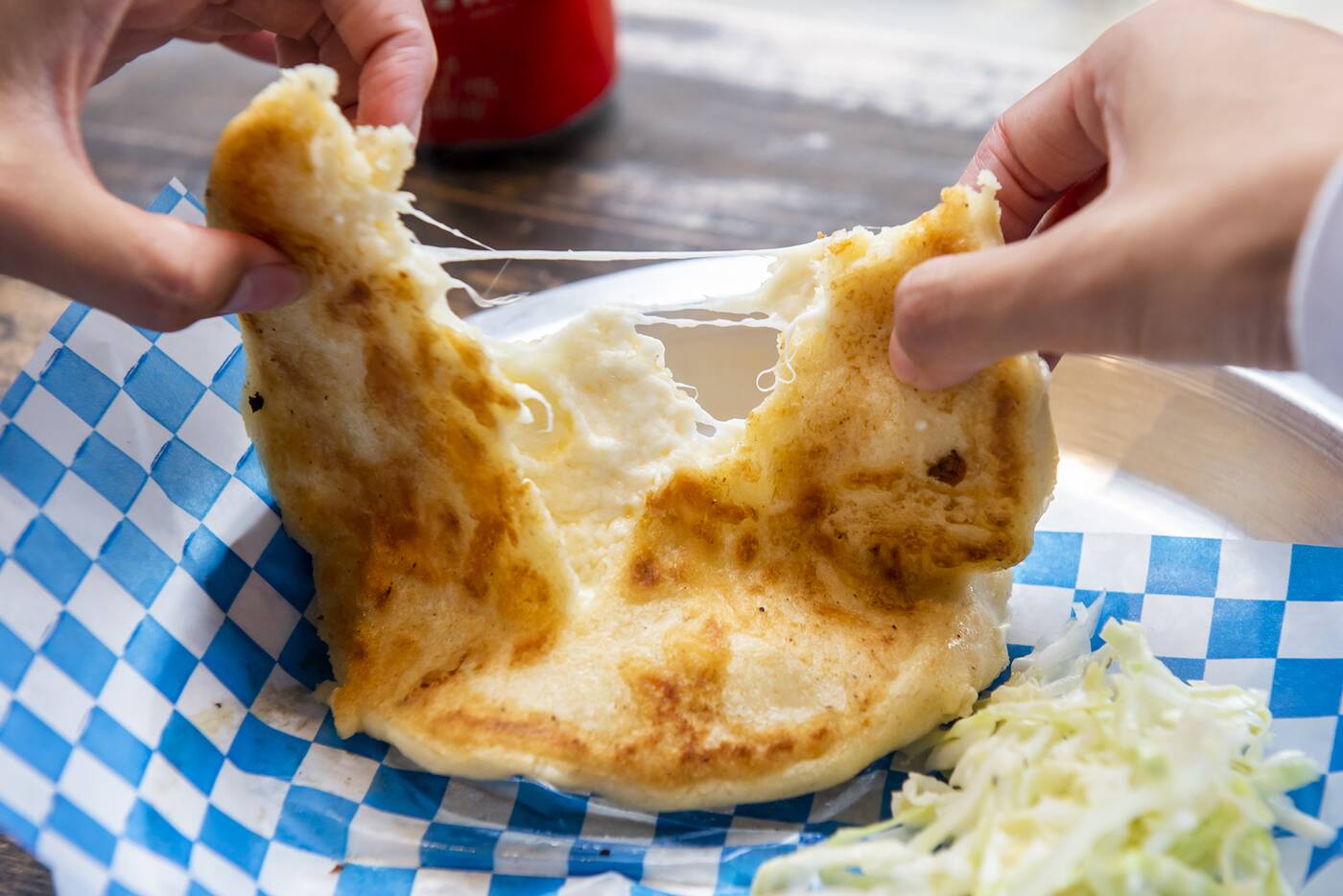 Bean and cheese is the staple duo that transcends all borders ($4.50). 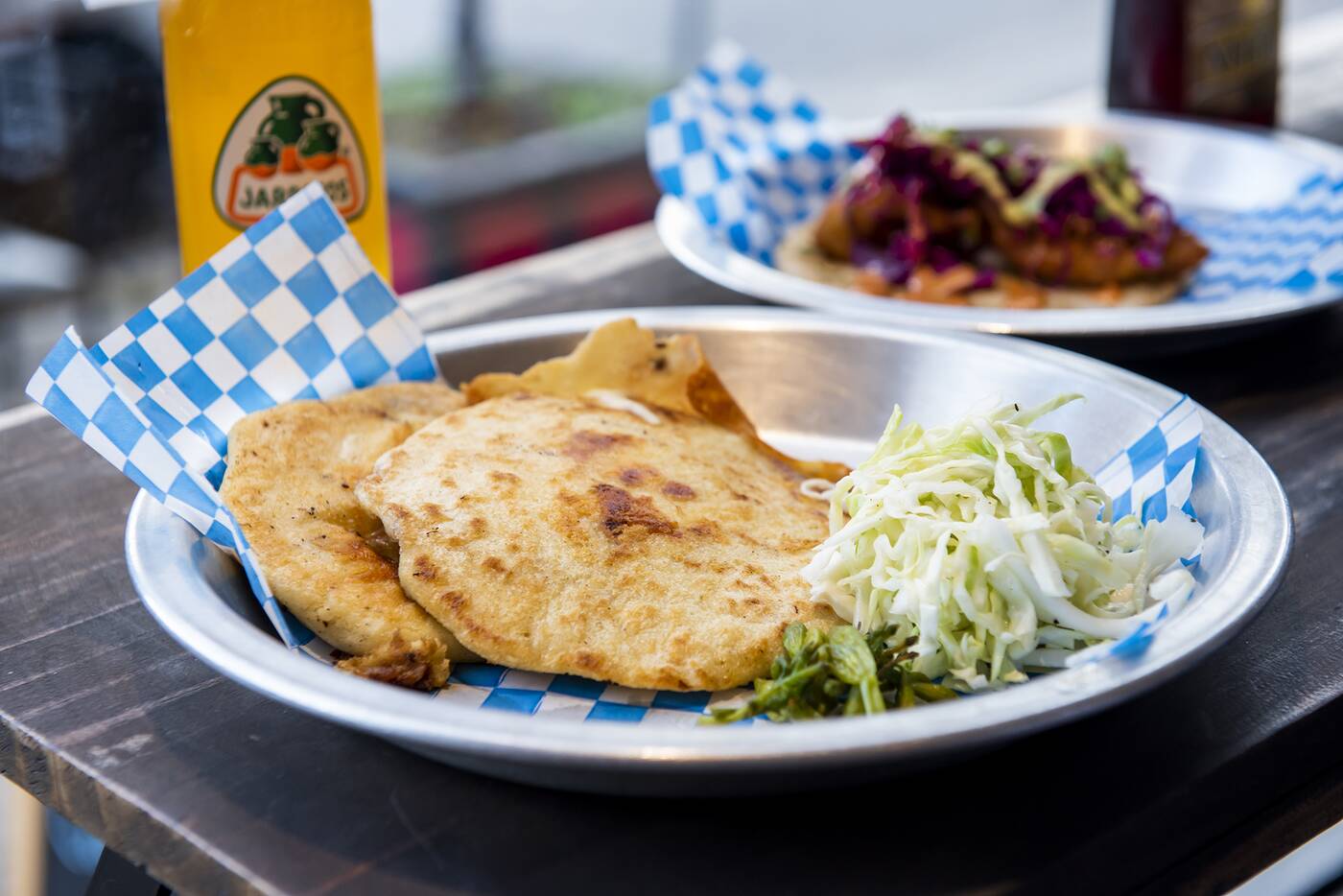 Loroco, an edible flower native to El Salvador and other countries in Central America, used to be its own pupusa at the food court. But now it's only served on the side for an extra 50 cents. The flavour of this green, unopened flower bud is earthy and refreshing. 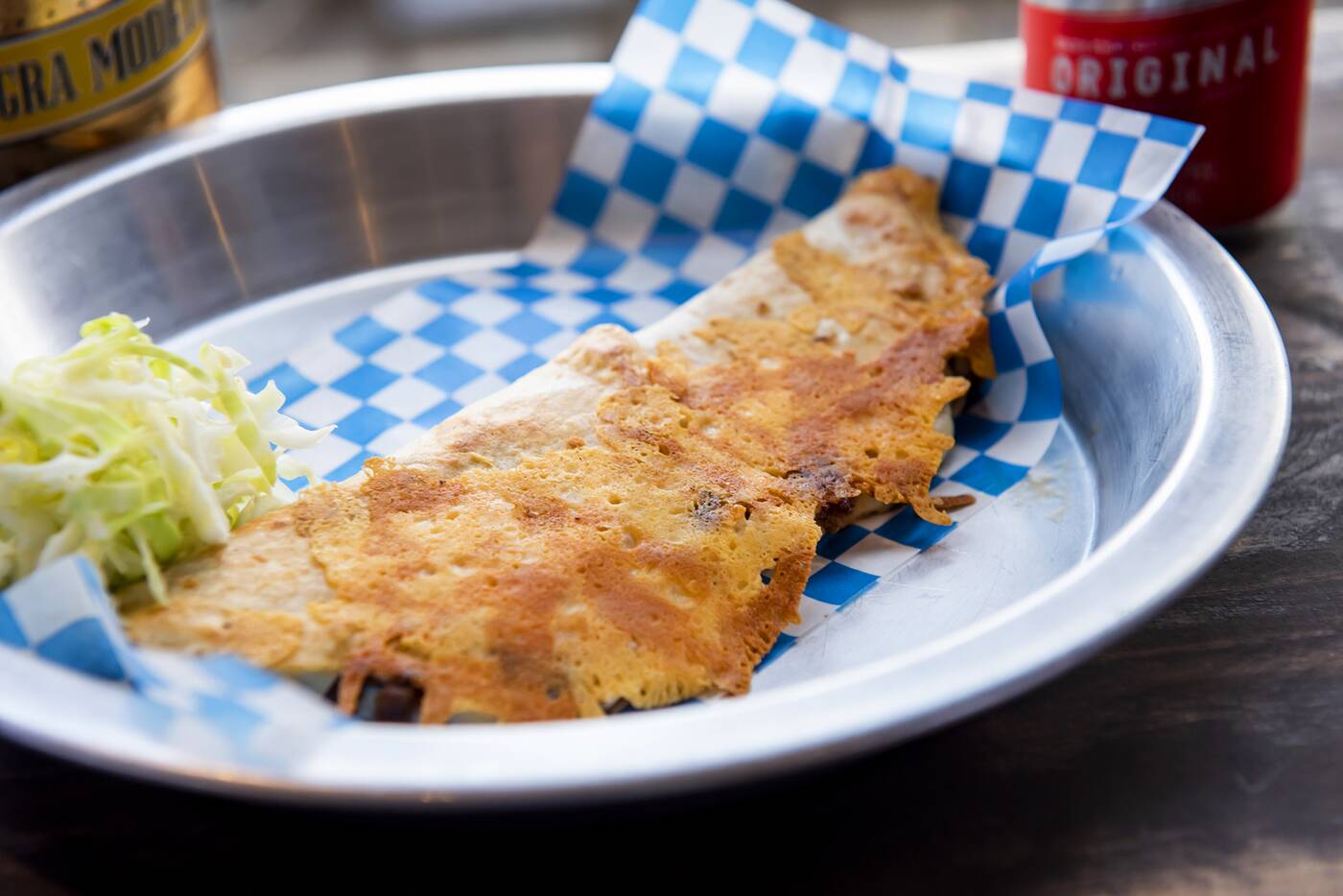 Quesadillas are two tortillas stuck together to form one larger base, with fillings like chorizo ($10.50), eggplant ($10), and chicken ($11). 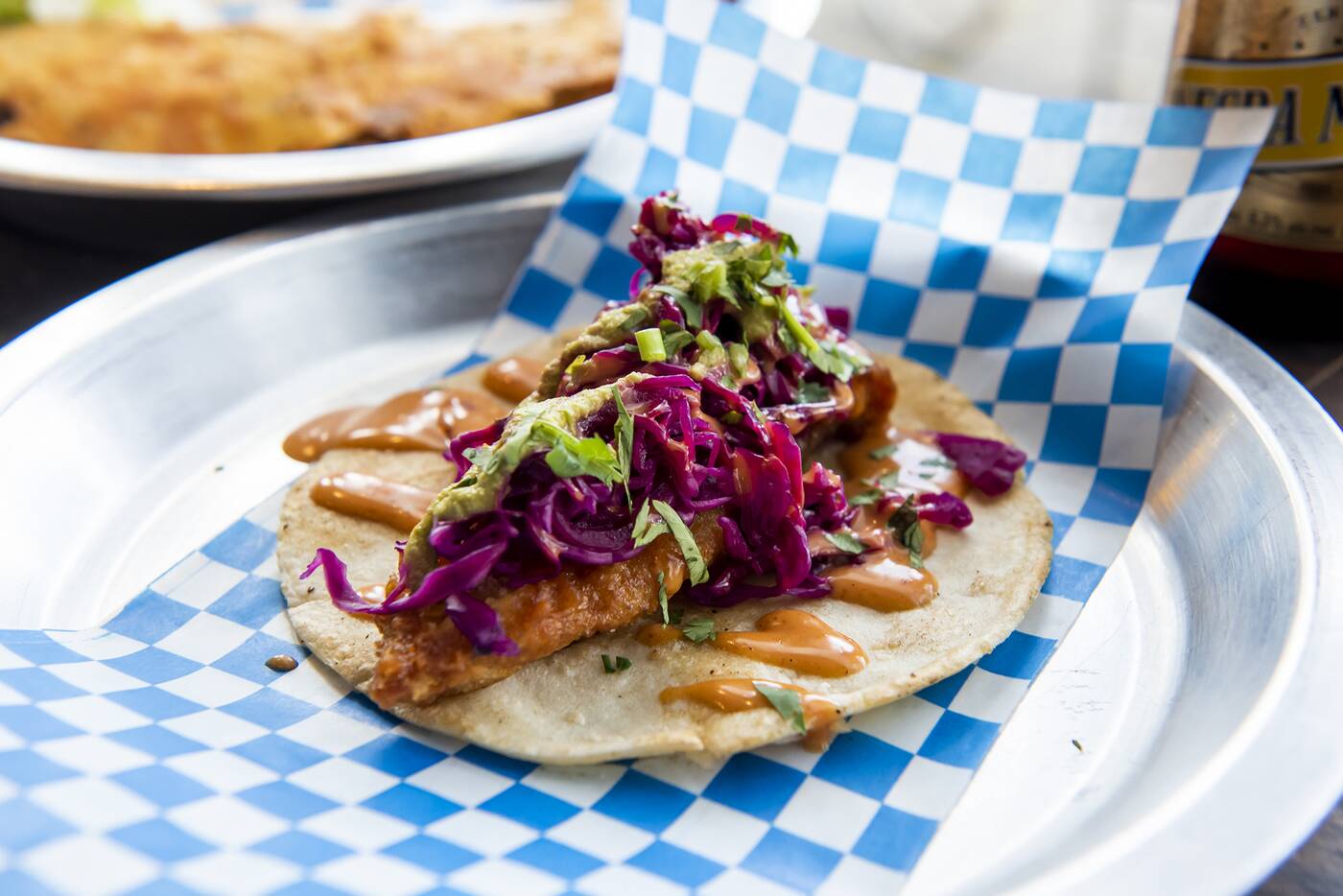 There are a handful of taco options including fried basa ($5.50) topped with salsa verde and purple cabbage. 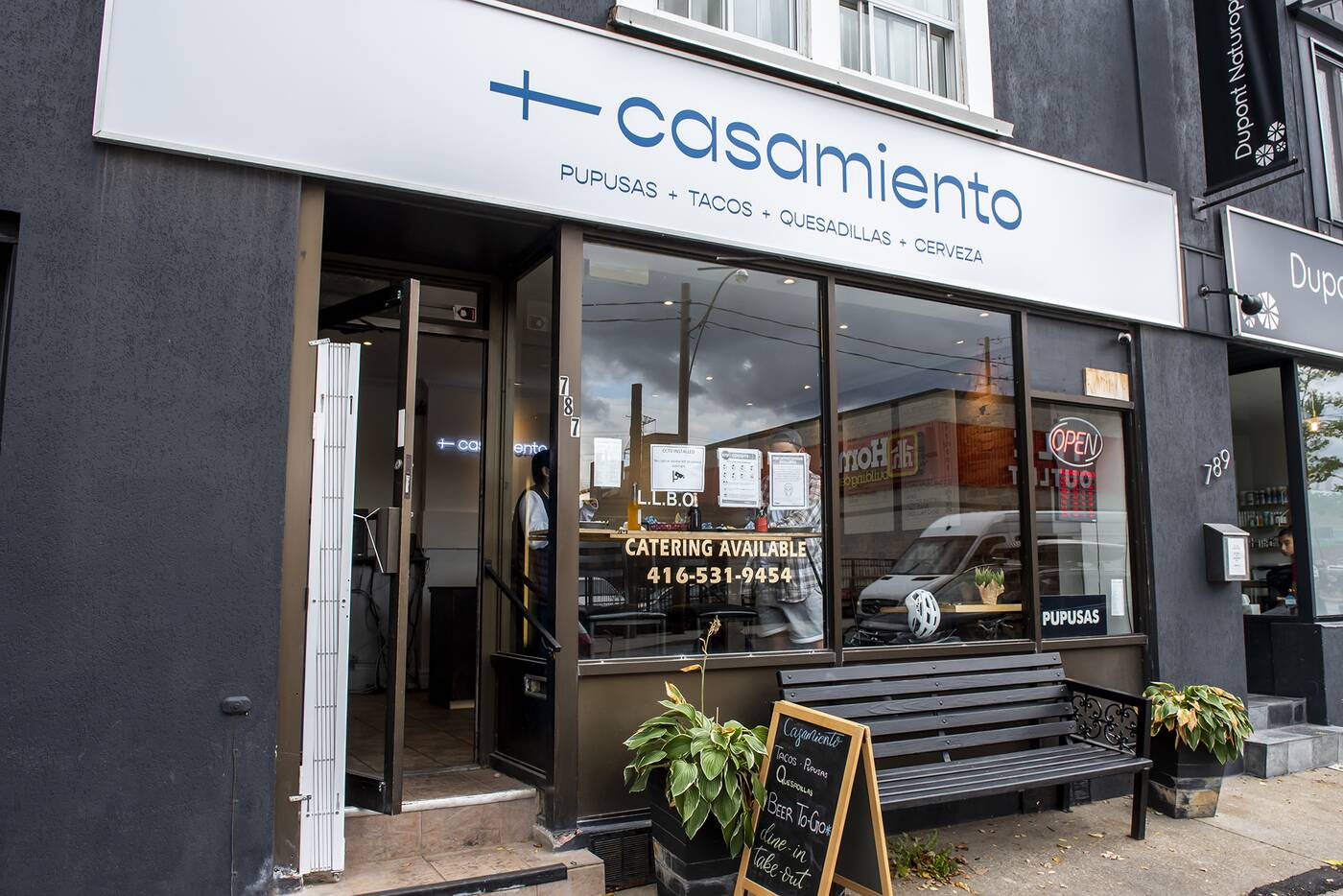