Casa La Palma is hidden above La Palma, accessed via a plain white door to the left of the restaurant.

Whereas La Palma takes its inspiration from Venice Beach, Casa is influenced by the sunken living rooms of Palm Springs past. 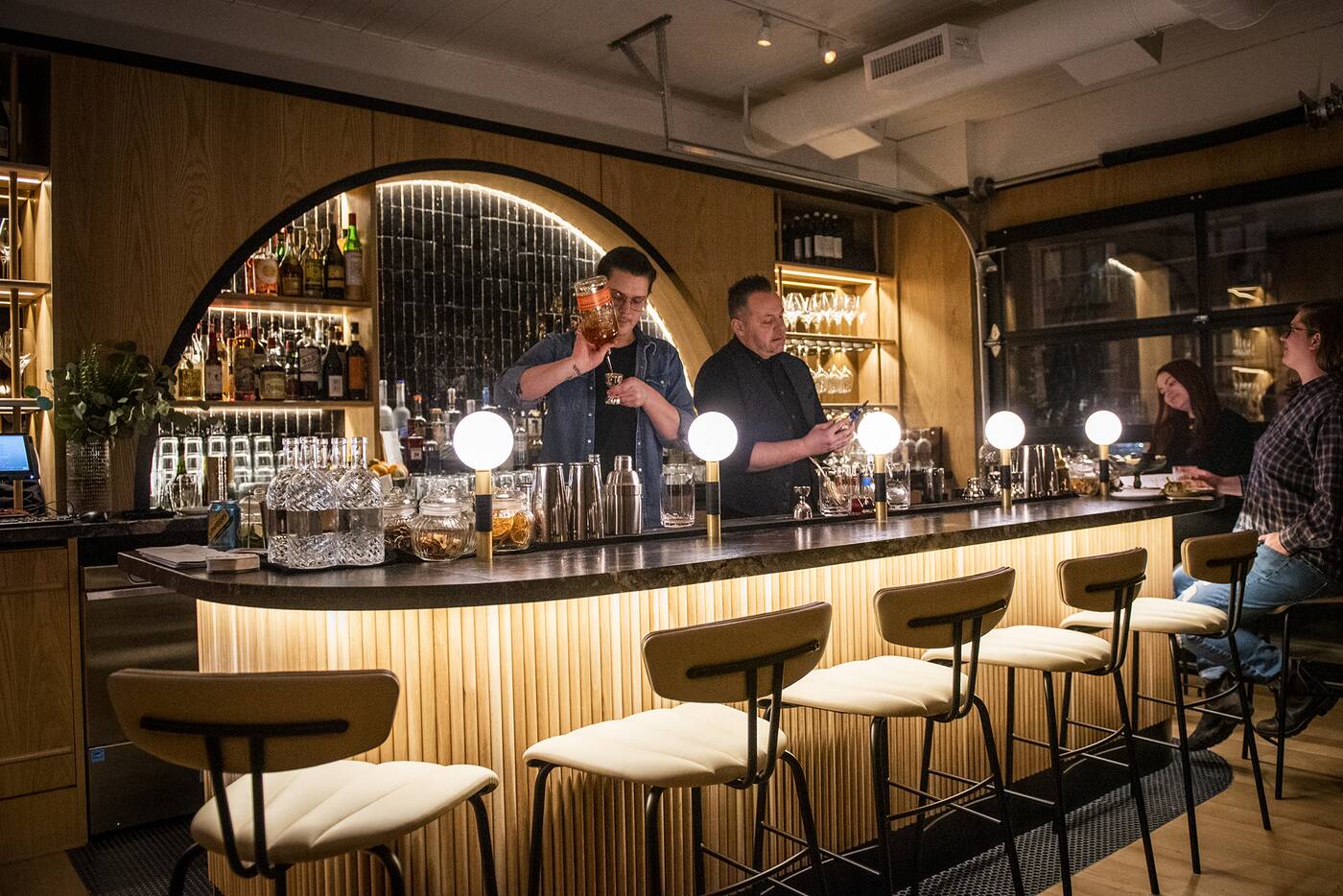 This involves the incorporation of a central hearth fireplace surrounded by low modular seating, almost all furnishings custom designed and locally manufactured, with lighting by Anony. Same as downstairs, all design is spearheaded by Alexandra Hutchison. 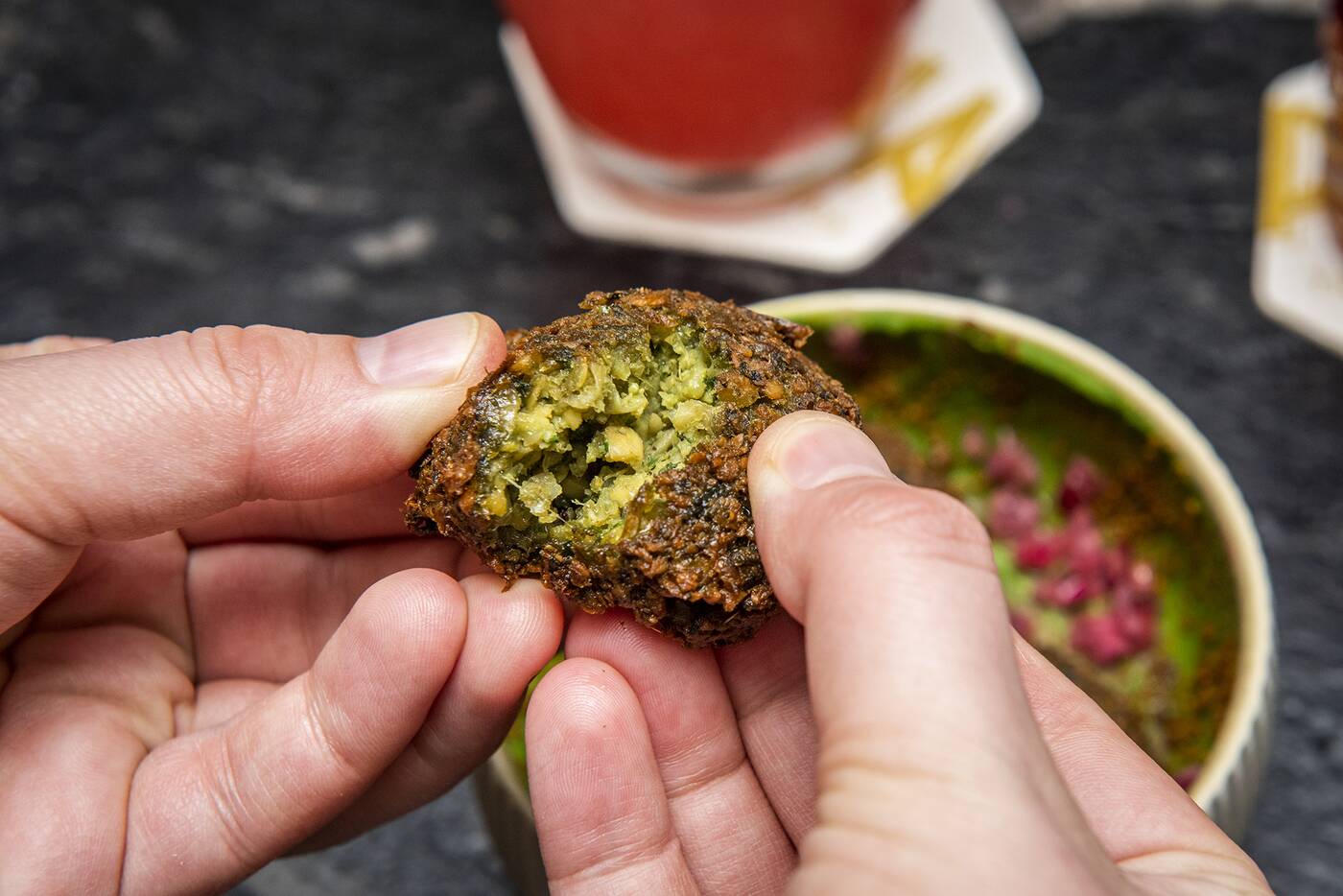 Green pea falafel ($8) is part of a list of snacks, the menu divided into rough cheese, salumi, seafood and snack sections.

The chickpea fritters are crusty on the outside and very crumbly on the inside, which makes it a bit more difficult to scoop up bright sweet pea watercress puree and pickled red onion, but they’re flavoured by plenty of herbs and spices, a ras el hanout spice blend sprinkled on top. 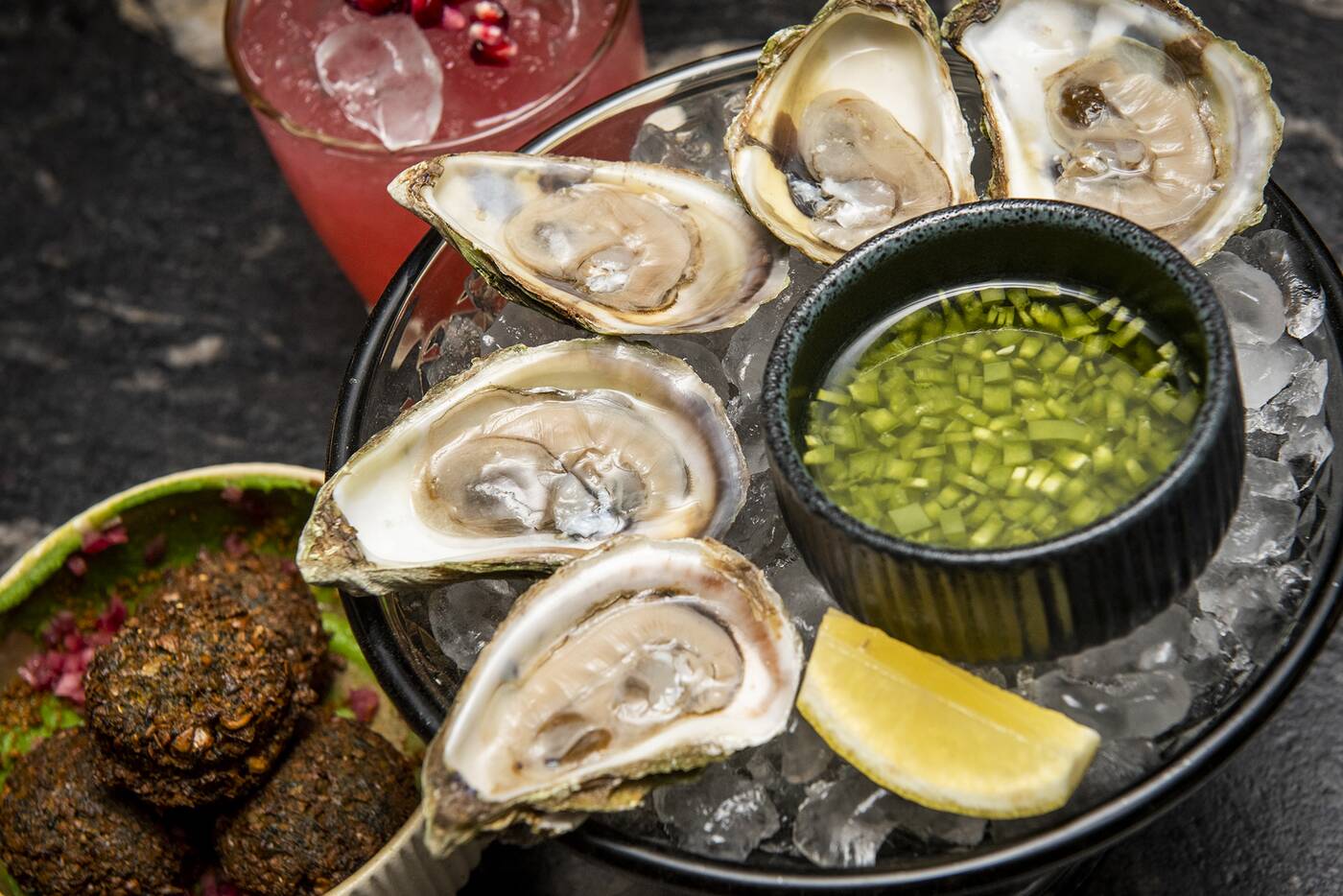 Oysters ($13) also make for a great start or snack to share, an order of four small but sweet and salty Savage Blondes served with lemon and a jalapeno mignonette. The jalapeno’s actually been seeded and diced so it’s more mellow than spicy. 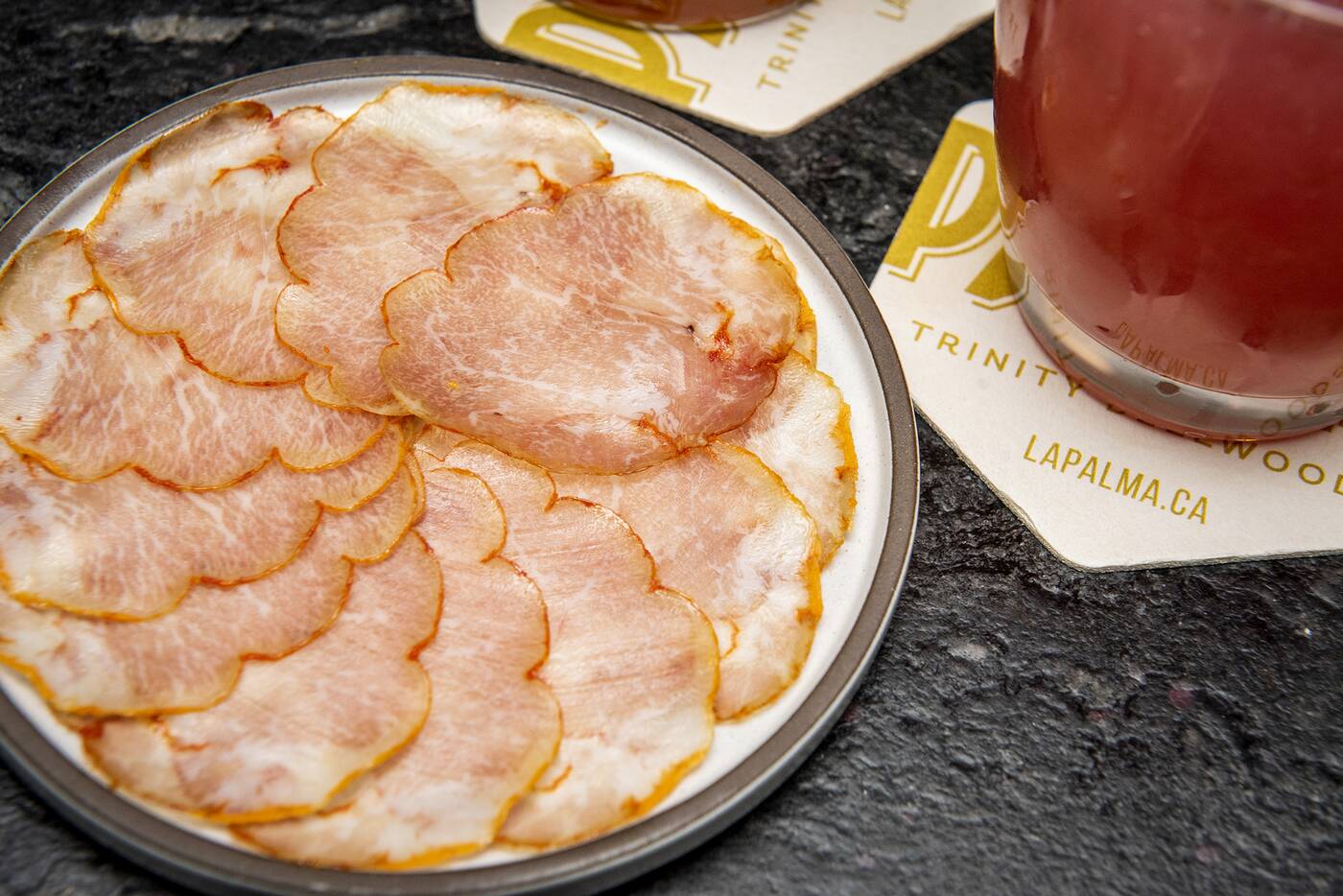 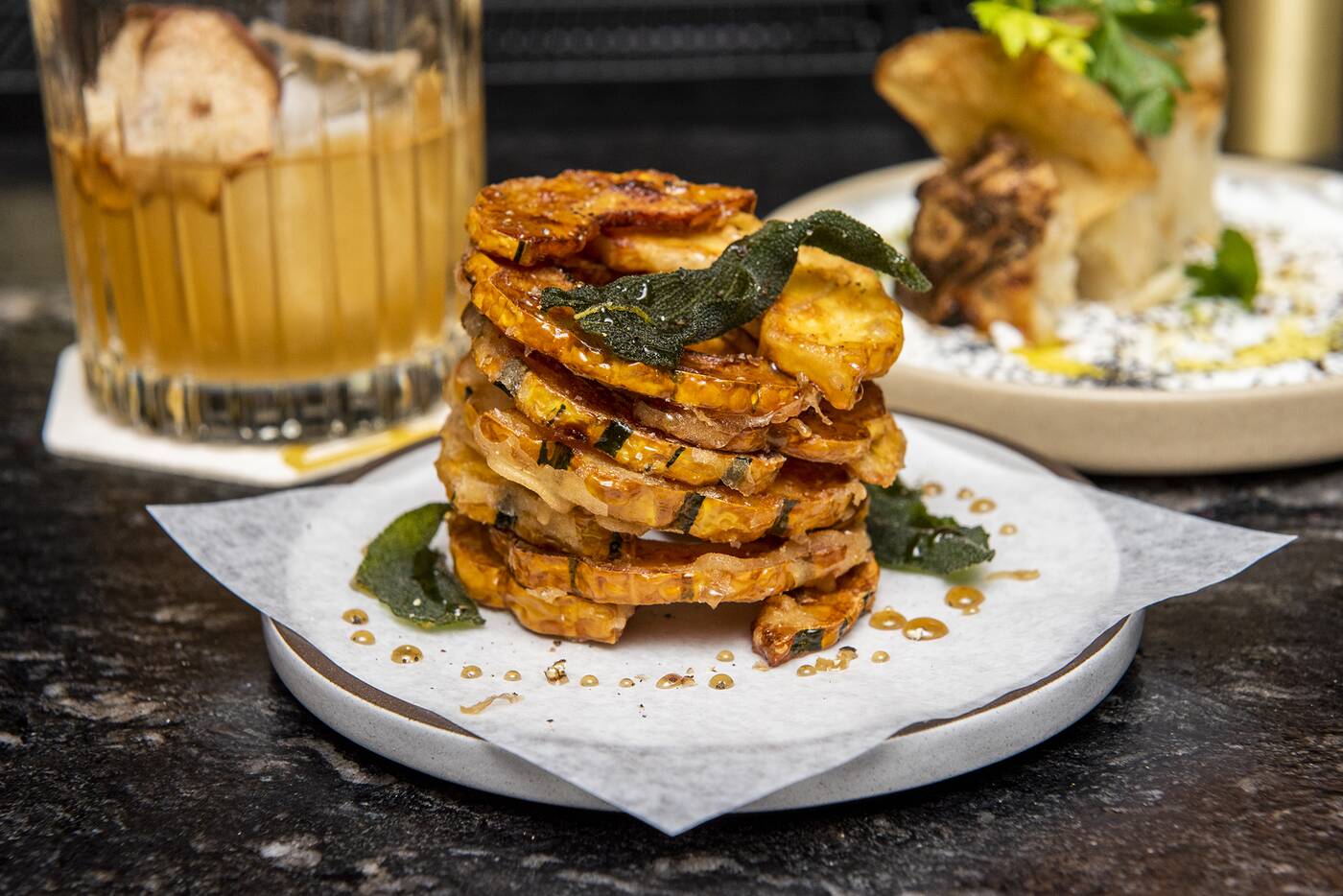 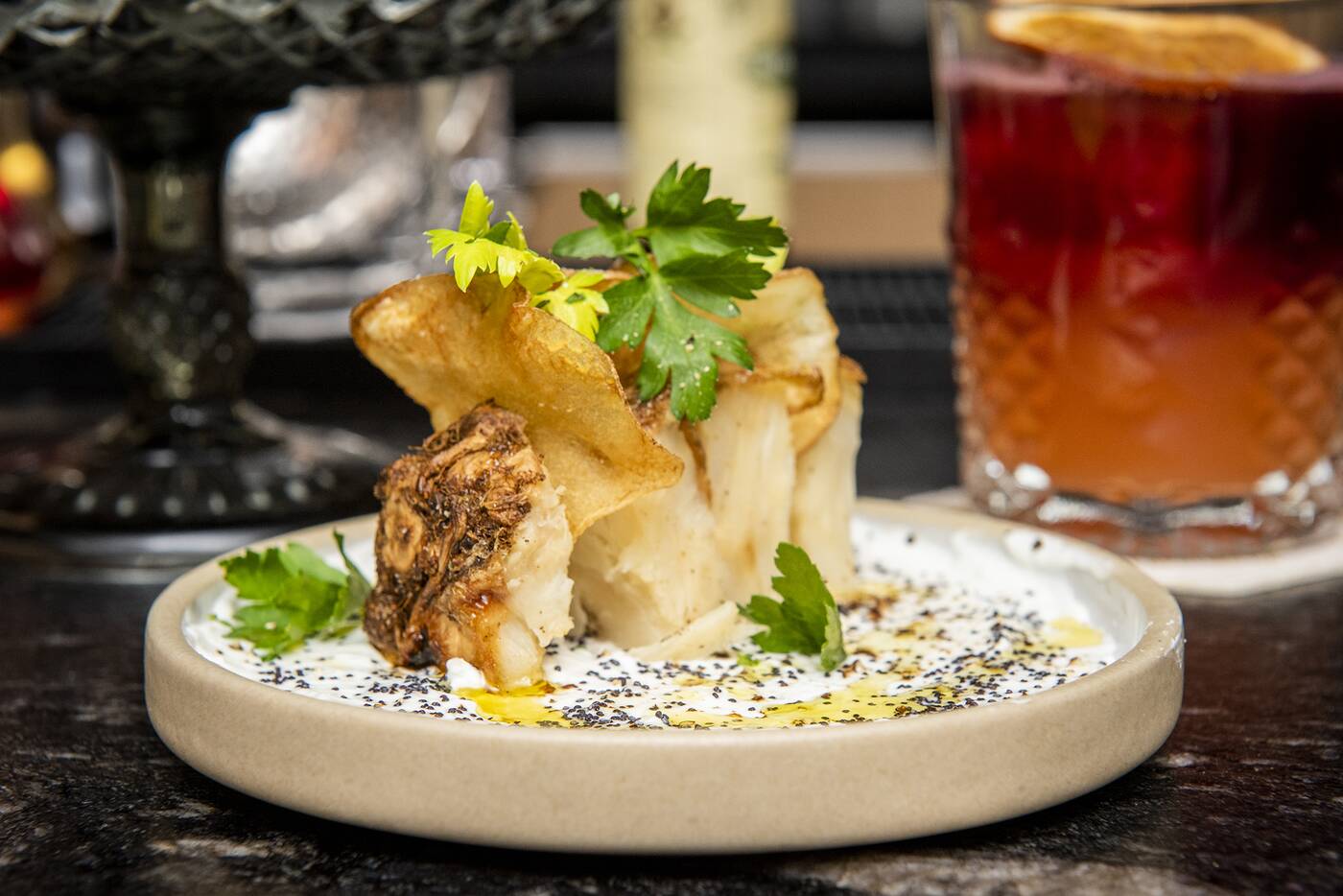 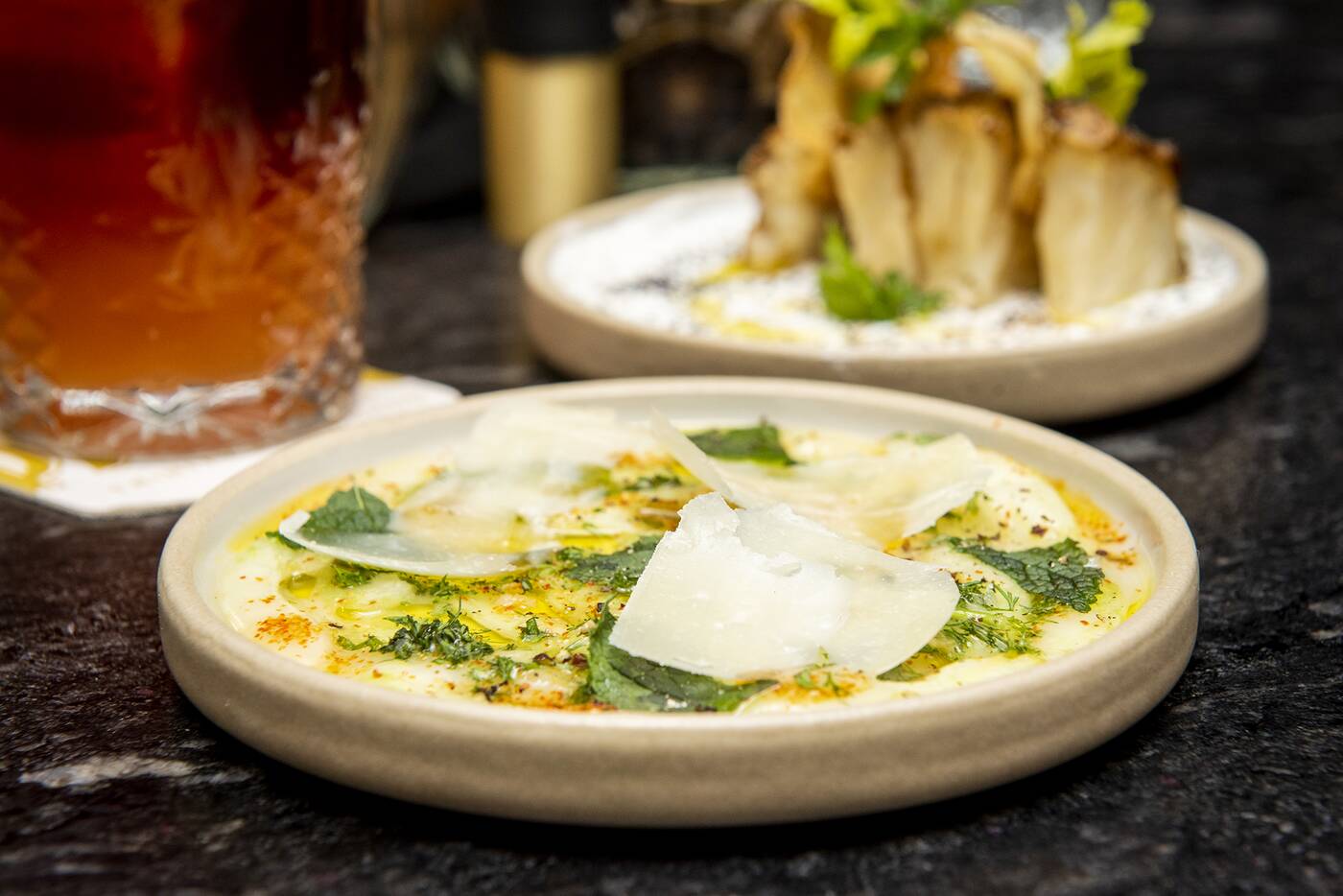 Celery ($10) is cut thin on a bias, marinated in vinaigrette and olive oil, and plated with togarashi, black pepper, bright herbs and enriching Pecorino Toscano. 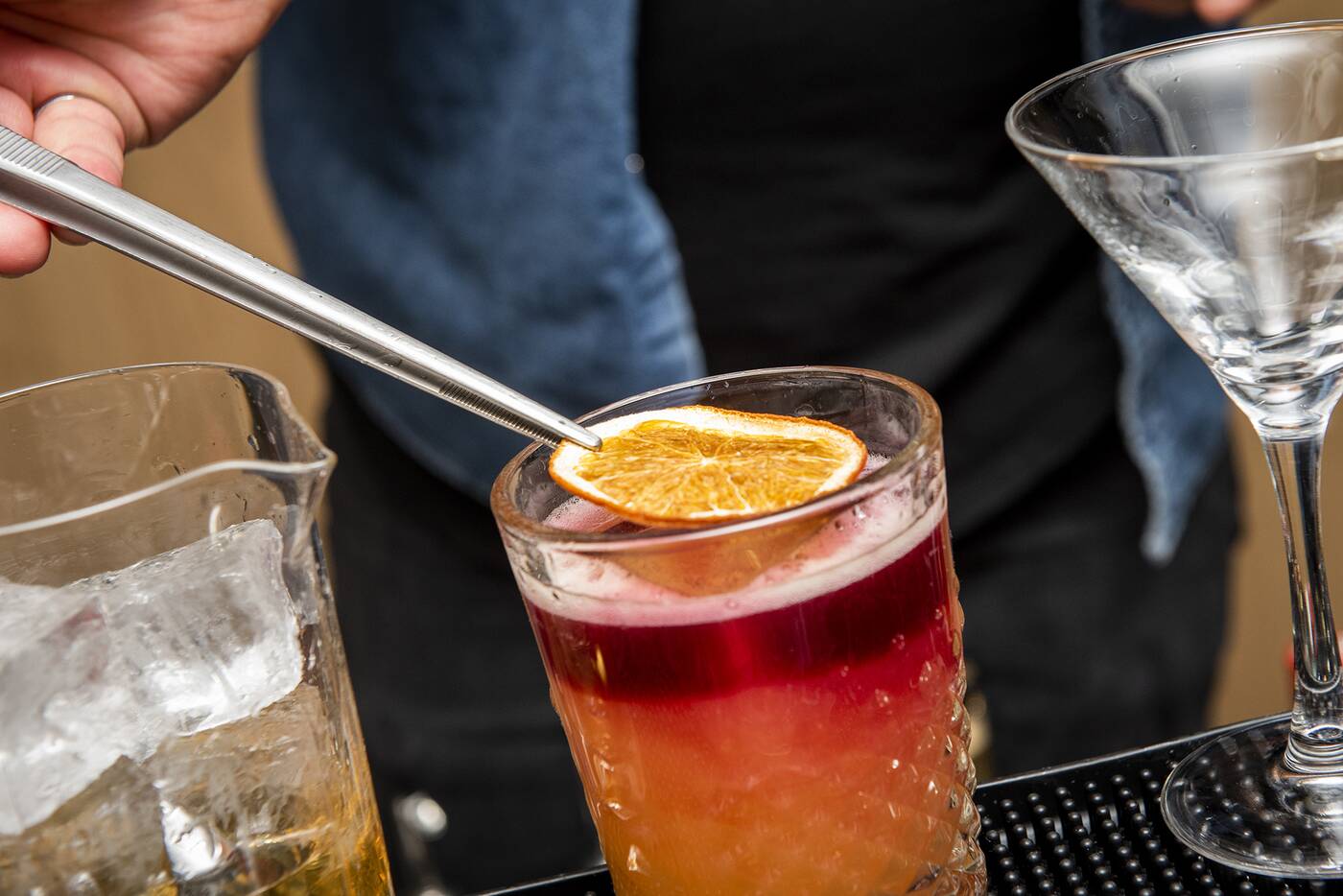 Second Breakfast ($17) is part of a tight list of artisanal cocktails with cheeky names, this one earning its morning moniker due to the inclusion of Earl Grey along with jammy house cordial and gin, crowned by a Lambrusco sunrise. 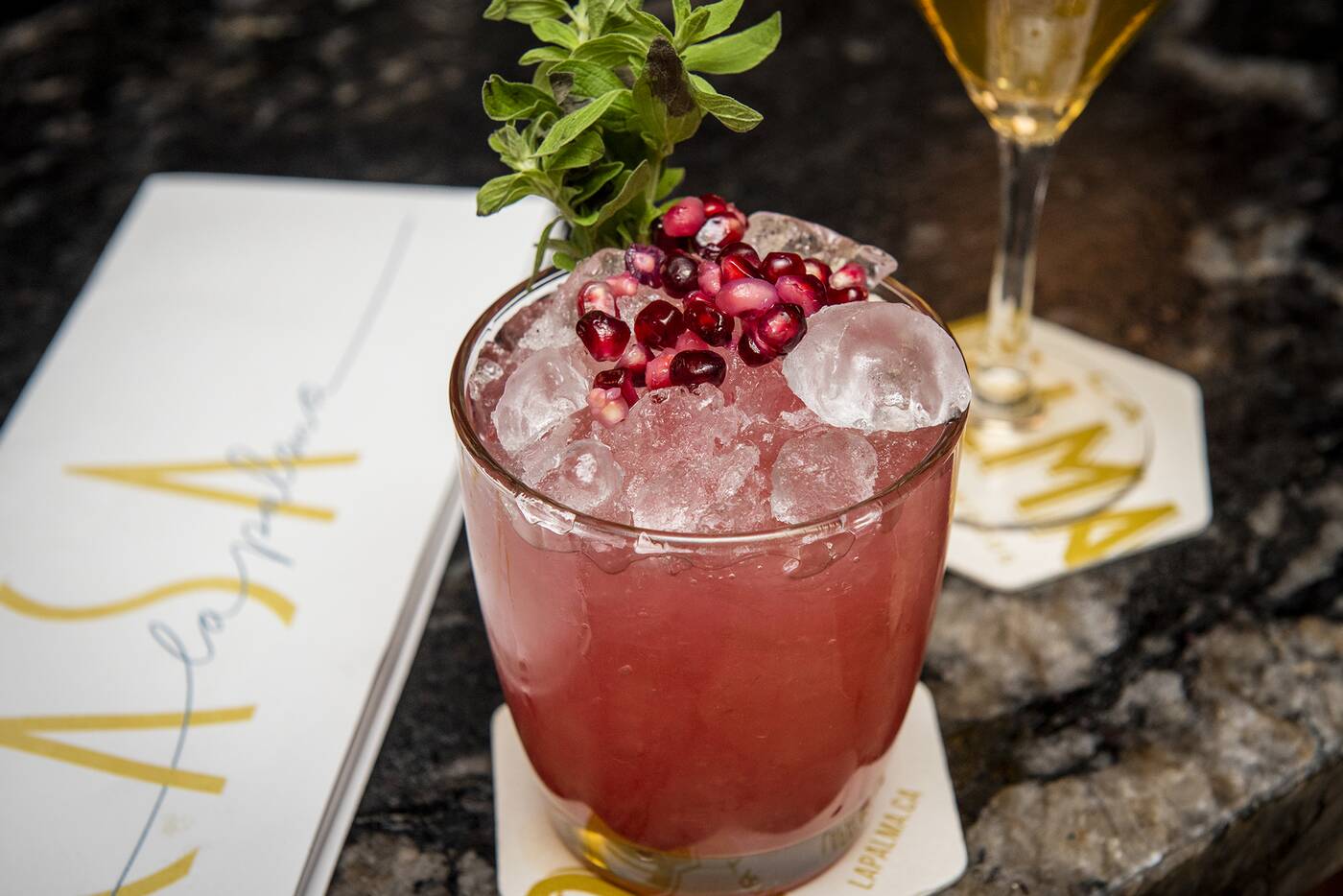 Mulo Rosa ($15) translates to Pink Mule, with vodka and crushed ice like a Moscow Mule, as well as Fever Tree, prickly pear, lime, and pomegranate seed and oregano garnishes. 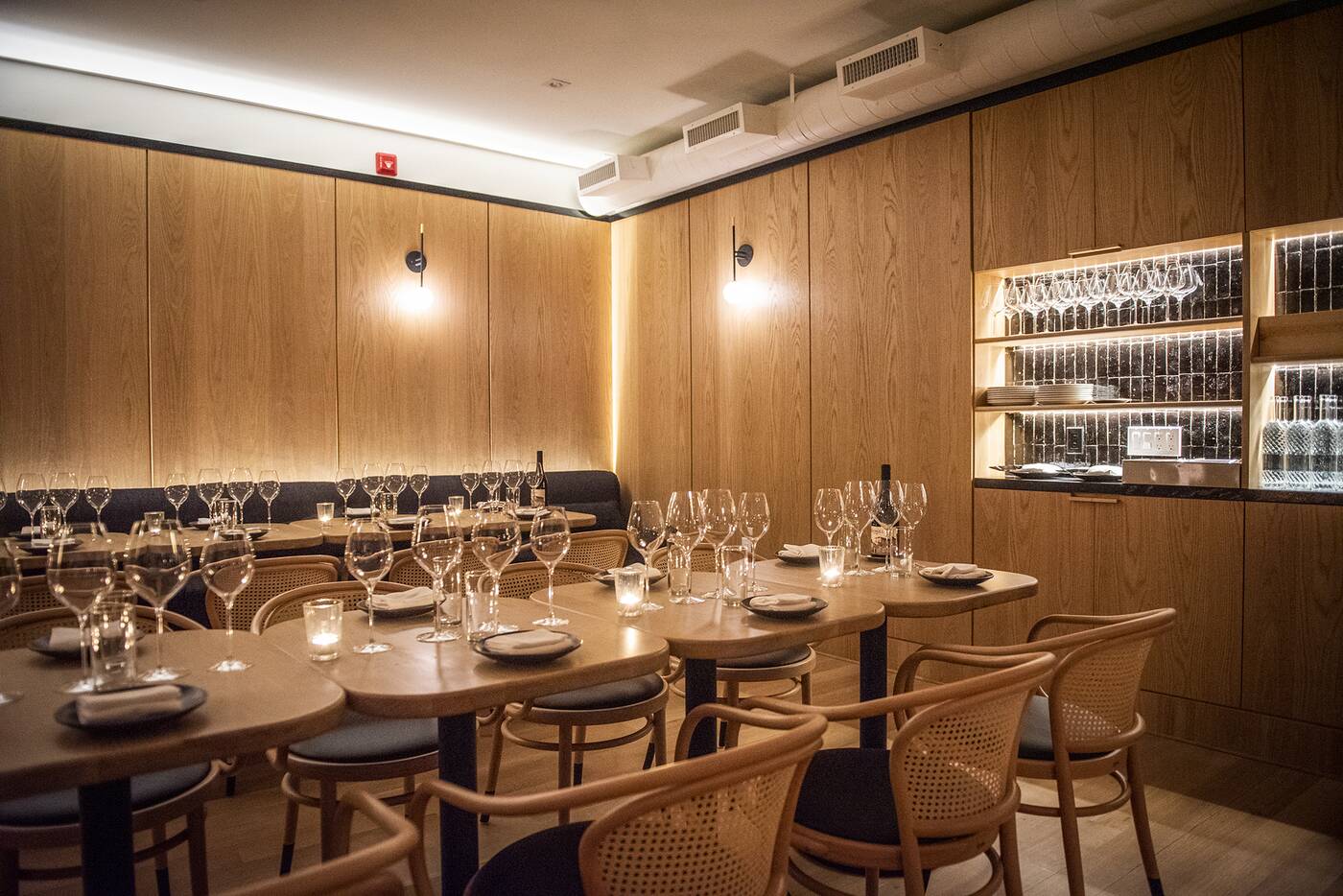 Owned by Craig Harding (Campagnolo, Constantine) with Hutchison and the people behind Mercatto, the menu is headed up by Executive Chef Julian D’Ippolito. Private spaces can be booked for events, and retractable windows open to a rooftop patio in warmer months. The separate kitchen up here is open until last call. 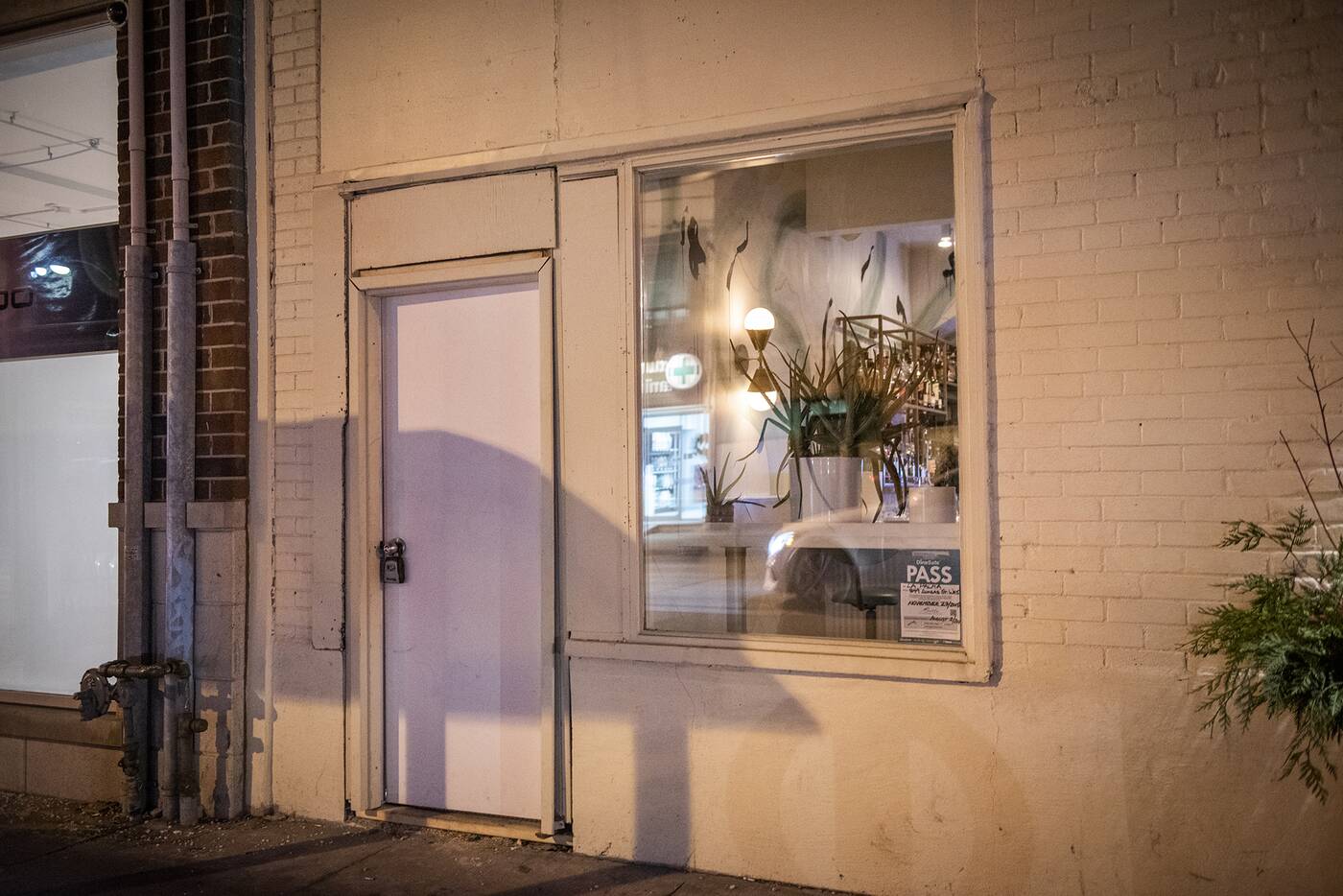