Camp Restaurant isn't promising any bonfires, sing-a-longs or food on sticks, but you will find some mean breakfast and brunch items served with a side of hospitality (and fewer mosquitos). Located at Jane just south of Annette and open since the middle of February, I paid them a visit on the most auspicious of days, otherwise known as the day they received their liquor license. Although this meant I wouldn't be chasing down my mid-morning repast with a mimosa or Caesar, I was very happy for owner Megan Whiten nonetheless, as she and her sidekick were noticeably excited to make that shopping trip. 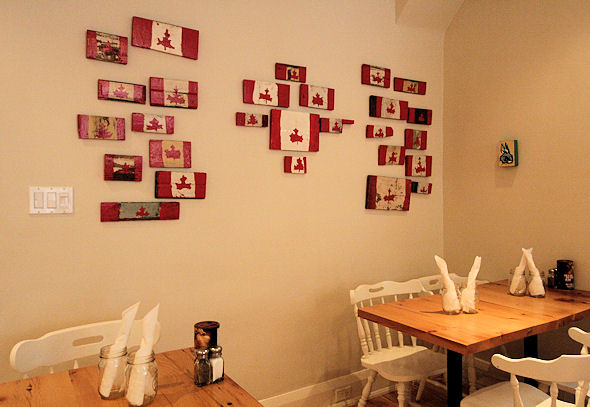 We were lured into Camp not-so-early one morning by the Muskoka chairs outside. What is it about Muskoka chairs? Nothing made solely out of wood should be so comfortable, and yet the draw is still there. I think it's strictly psychological, as I for one have only positive associations with cottage furniture. Walking through the door we received a friendly greeting from Raven, the sole server as of then, and the aforementioned sidekick. The vintage table in front of the bay window was occupied so we perched ourselves at the bar counter and scoped out the menu along with our surroundings. 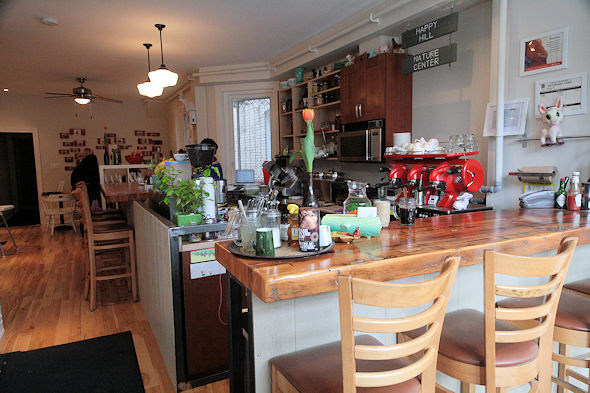 The space used to be Whiten's kitchen and living room before she convinced her family to move north (see: upstairs) so she could bring Camp to life, and it definitely does have a homey feel to it. The added touches include some pieces of beaver themed art adorning the walls (an homage to the Beaver Café , which was started up by Whiten herself), and a very patriotic installment by Clint Griffin on the back wall. 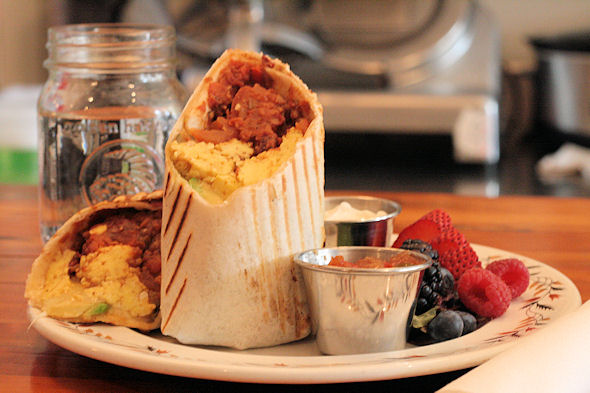 Back to the menu, my girlfriend ordered the Breakfast Burrito ($8) while I went with the quiche of the day ($7.50), which happened to be zucchini and chevre. Although there was nothing wrong with my dish whatsoever, the burrito stuffed with vegetarian chili, scrambled eggs and avocado, served with sour cream and amazing chutney on the side, was the winner, hands down. The chili had a nice kick to it that was balanced out by the sour cream and the sweetness of the chutney (Whitens grandfather's recipe). The generous portion was perfect for sharing, which was excellent, because I wanted half. 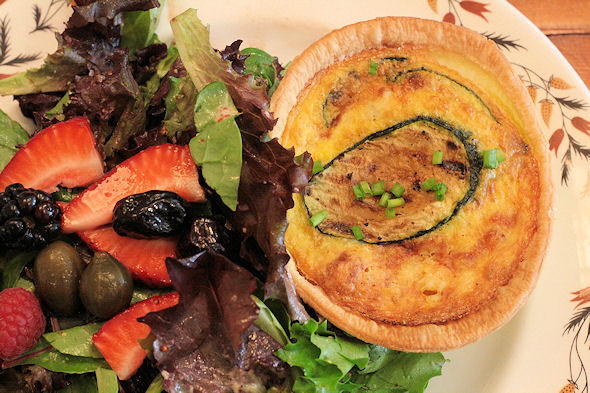 The quiche came in tartlet form with a (bigger than) side salad. With the chevre in the forefront and flaky pastry, the quiche was very tasty, but I may have enjoyed the salad even more. I'm not normally a fan of fruit in my salad, but this one might make me change my ways. Mixed greens, topped with berries, capers and olives were drizzled with a grainy mustard dressing that was whipped up by Raven on a whim.

In fact the majority of everything at CAMP is made in-house with the exception of their chocolate chip cookies (courtesy of de Floured) and their croissants from Patachou . An interesting note about the croissants however is that the ones that aren't sold, are torn up and put back together in the form French toast on the weekends. 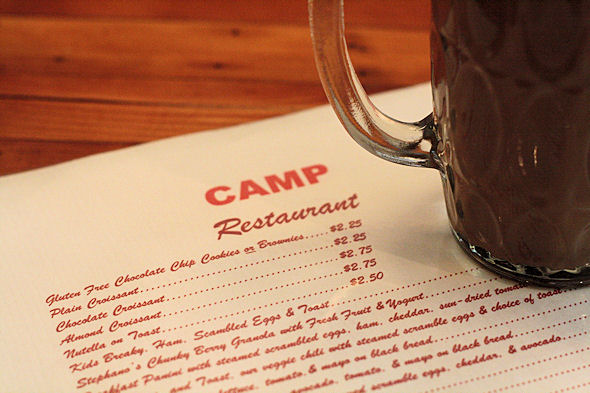 As of right now they aren't open for dinner service, but they hope to soon be serving up oysters and a tapas style menu on Friday and Saturday nights. Now it's only my opinion (and I'm sure I'll be called out on it) but regardless, even though there are other places to grab brunch and a drink in Bloor West Village, there are few if any that offer the charm and warmth that CAMP does. I know I'll be going back for (s')more of it. 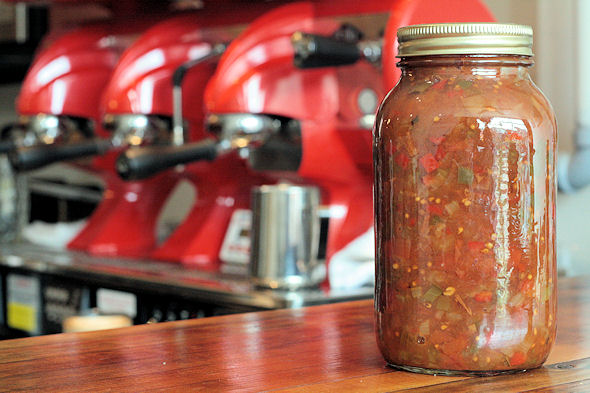 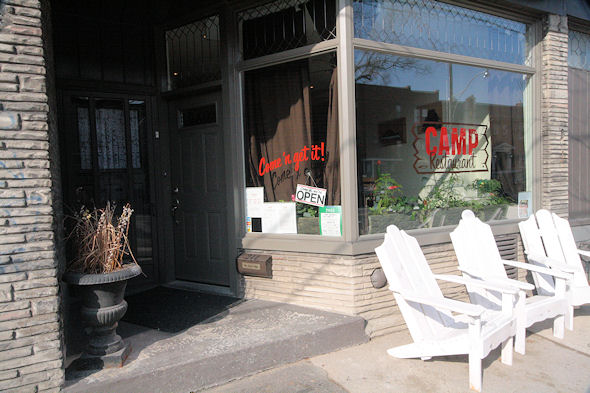