Call A Chicken is a chain with its first locations outside China right here in Toronto.

They specialize in whole fried chickens, though they do chicken a variety of ways, and it’s all marinated using their signature seasoning with four types of peppers imported from China. 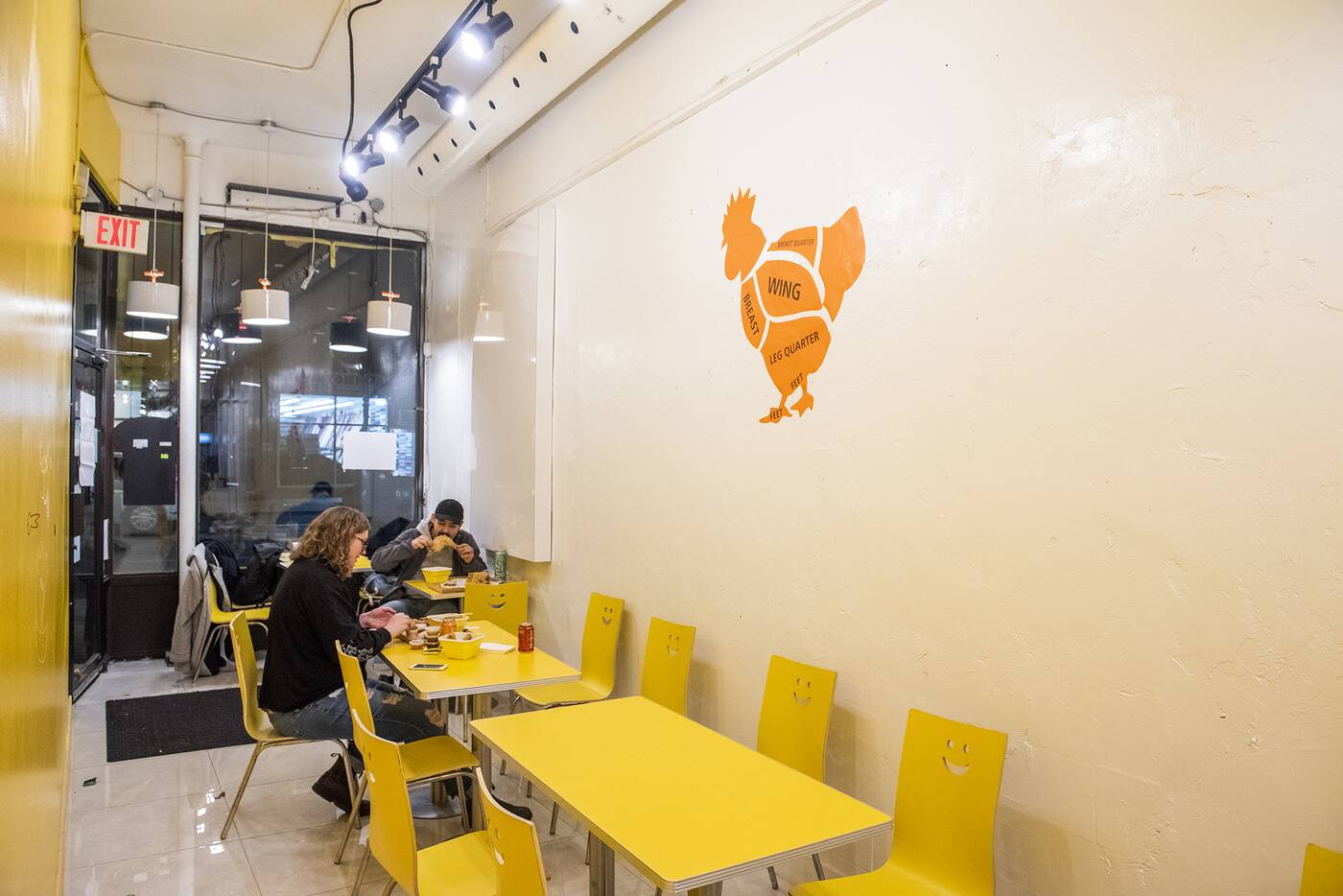 The space formerly home to Junked Food Co. is bare bones, yellow chairs with smiley faces providing seating, most customers traversing the long narrow space to pick up online orders rather than opting to stay. 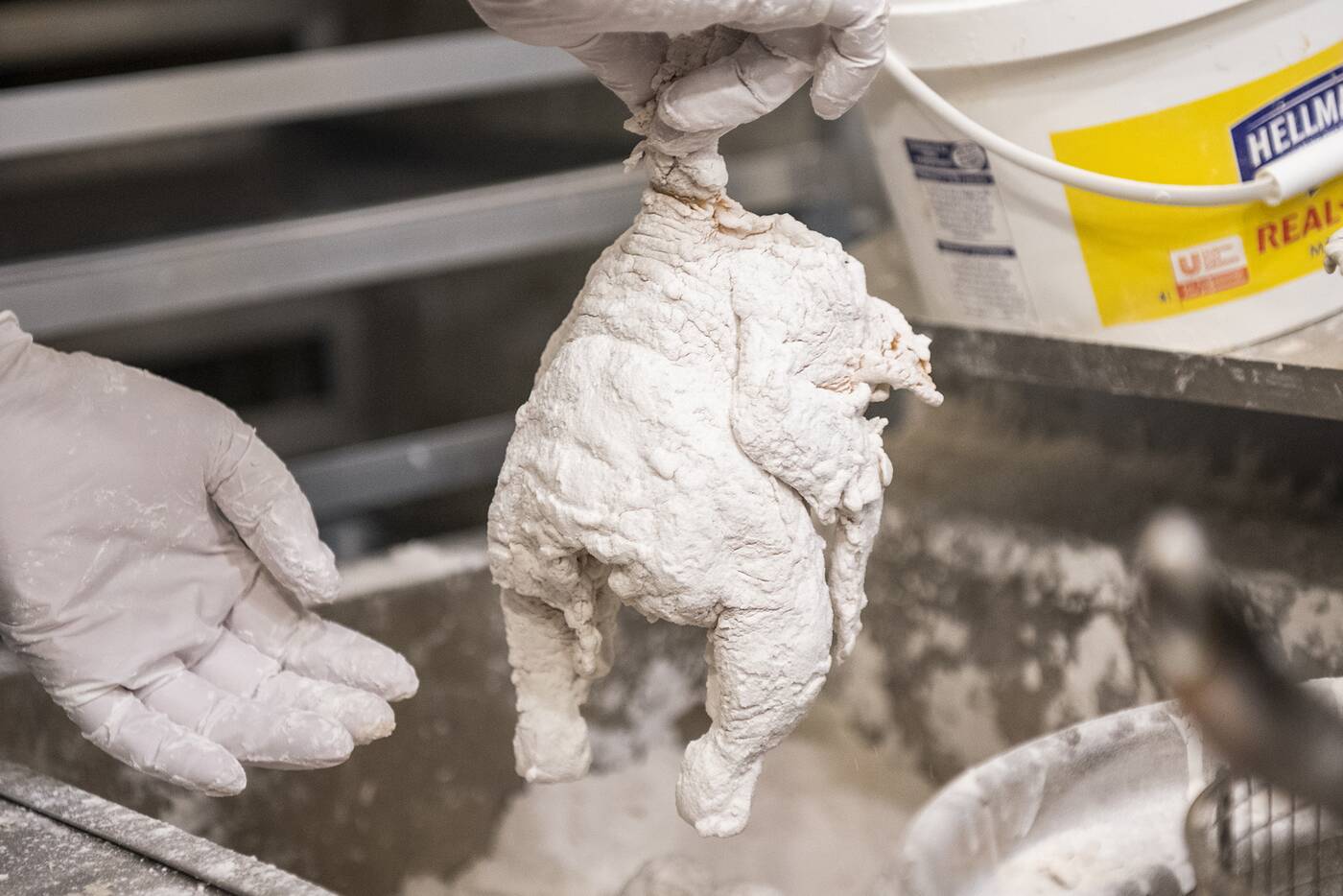 A deep-fried whole chicken goes for $17.99, one of the four peppers in the marinade is a ghost pepper that infuses every bite with a creeping heat. 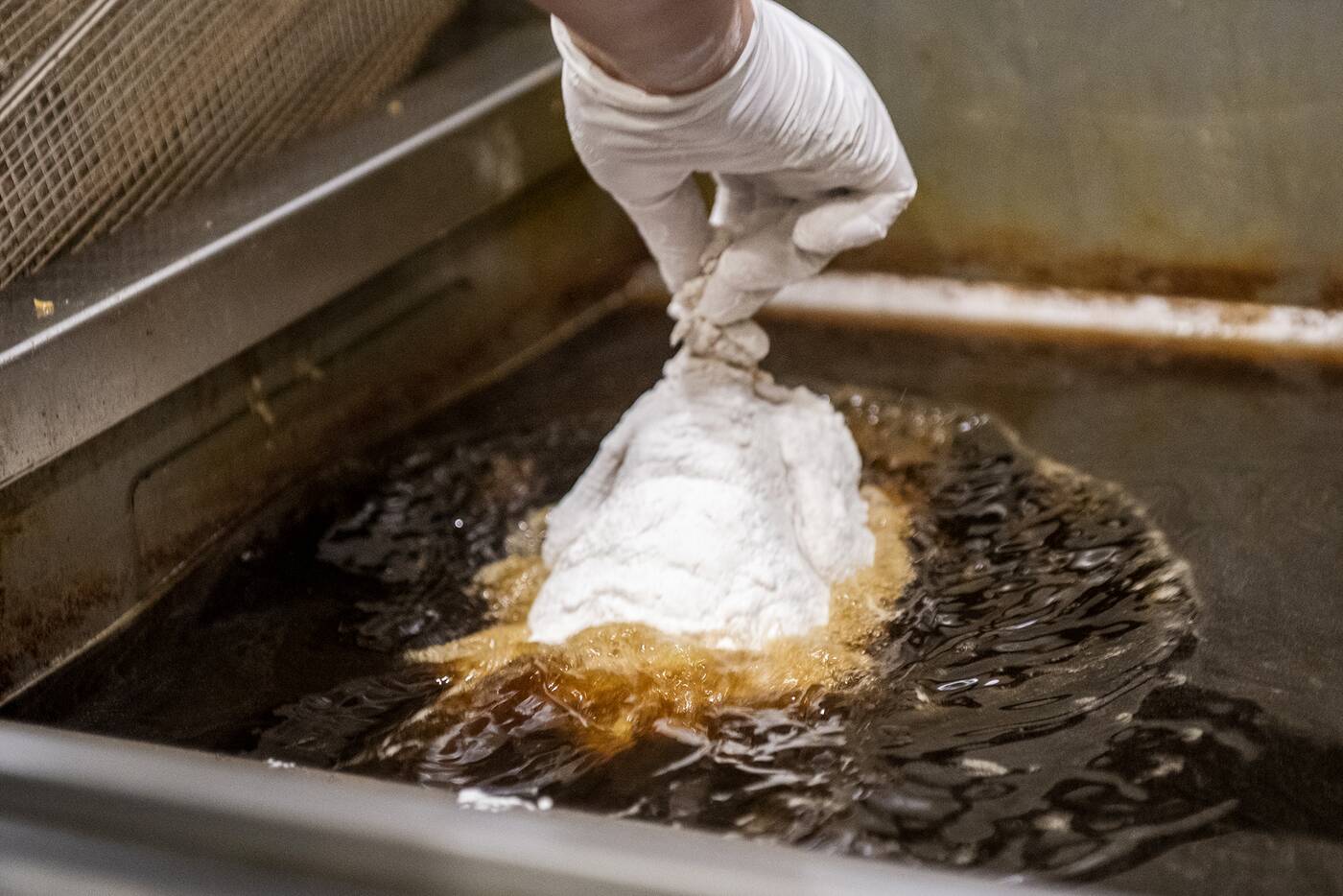 Chicken gets marinated in a machine that ensures evenness for 45 minutes, then for an additional four hours in the fridge, the low temperature not only keeping the chicken safe to eat but allowing the juices to lock inside.

Several types of flour are mixed together for the dredge, and overall the fried chicken served plain is very moist, juicy and slippery inside, crunchy and light on the outside, bones sliding out easily. 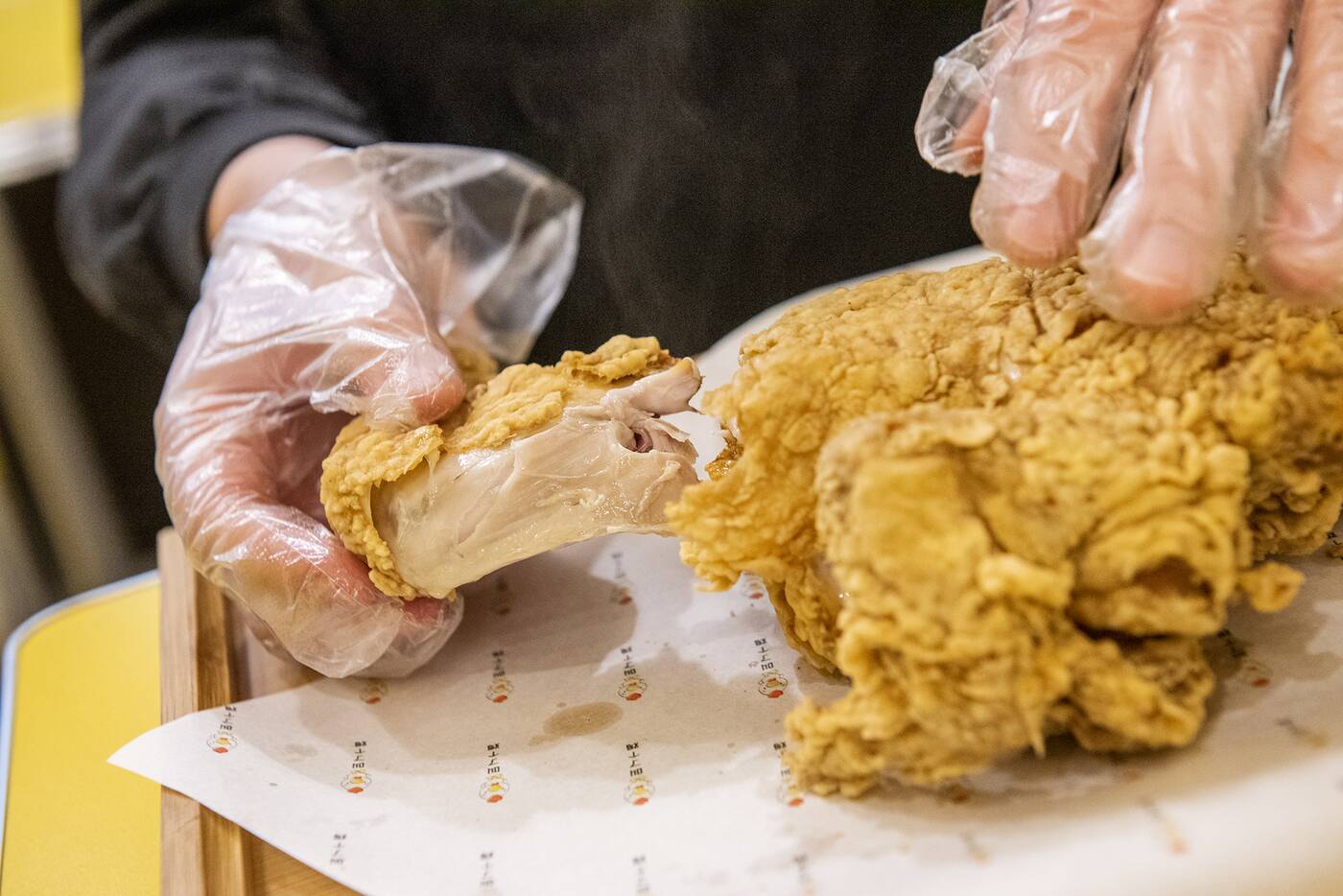 If you wish, you can season with your choice of two additional flavour powders, including cumin, garlic, white prune, salt pepper, and extra spicy. Yes, hot chicken fans, you can make this a stop on your gauntlet. 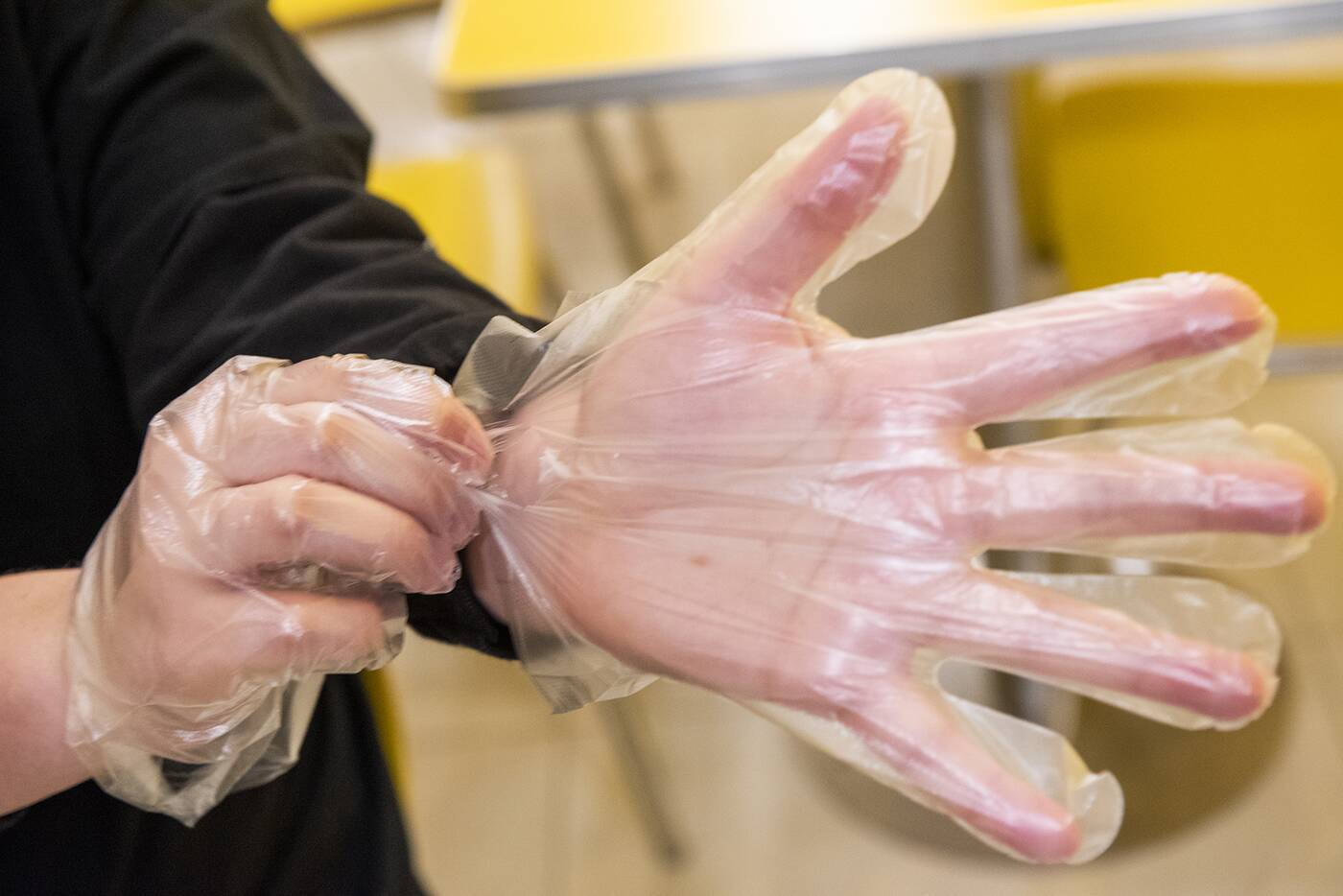 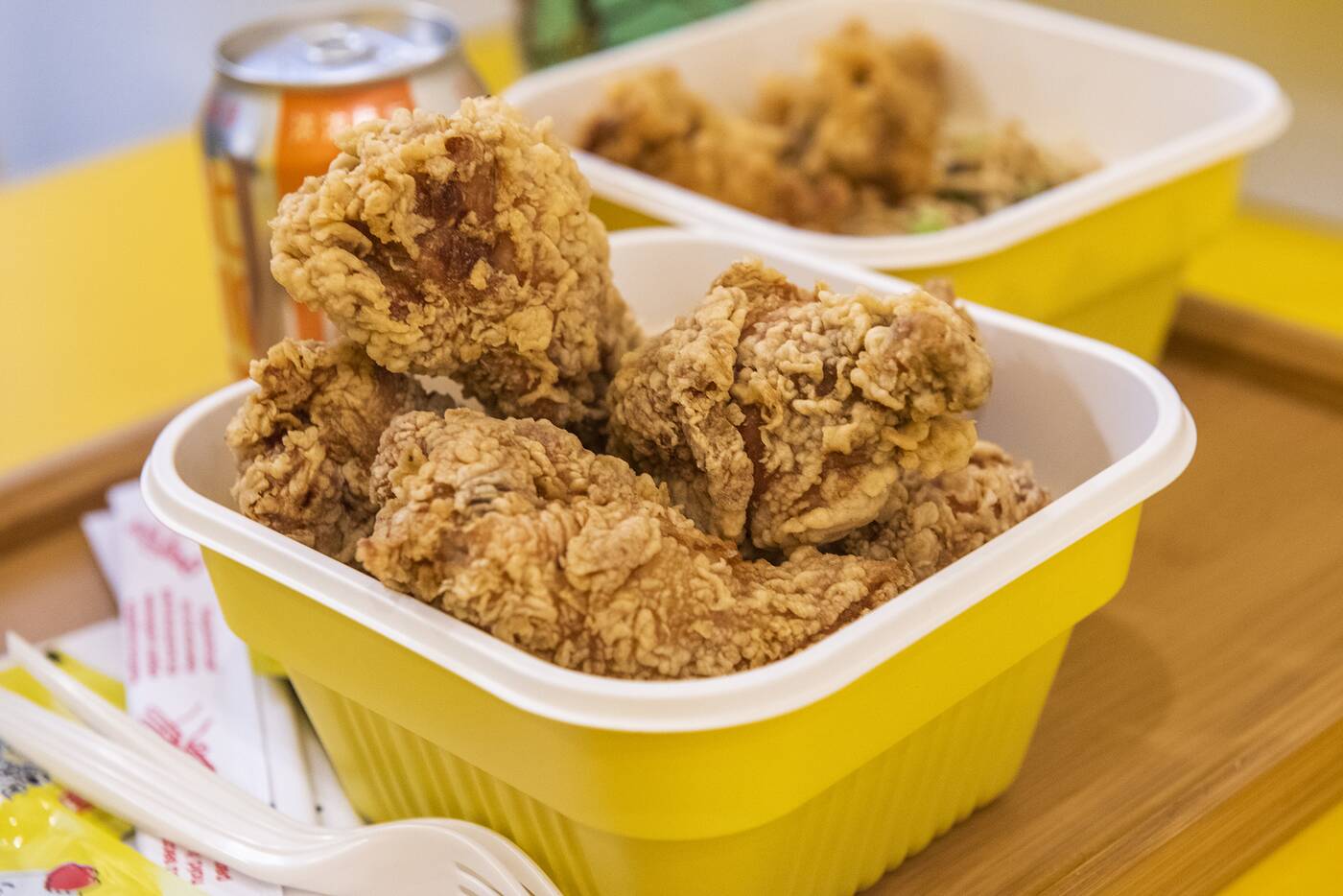 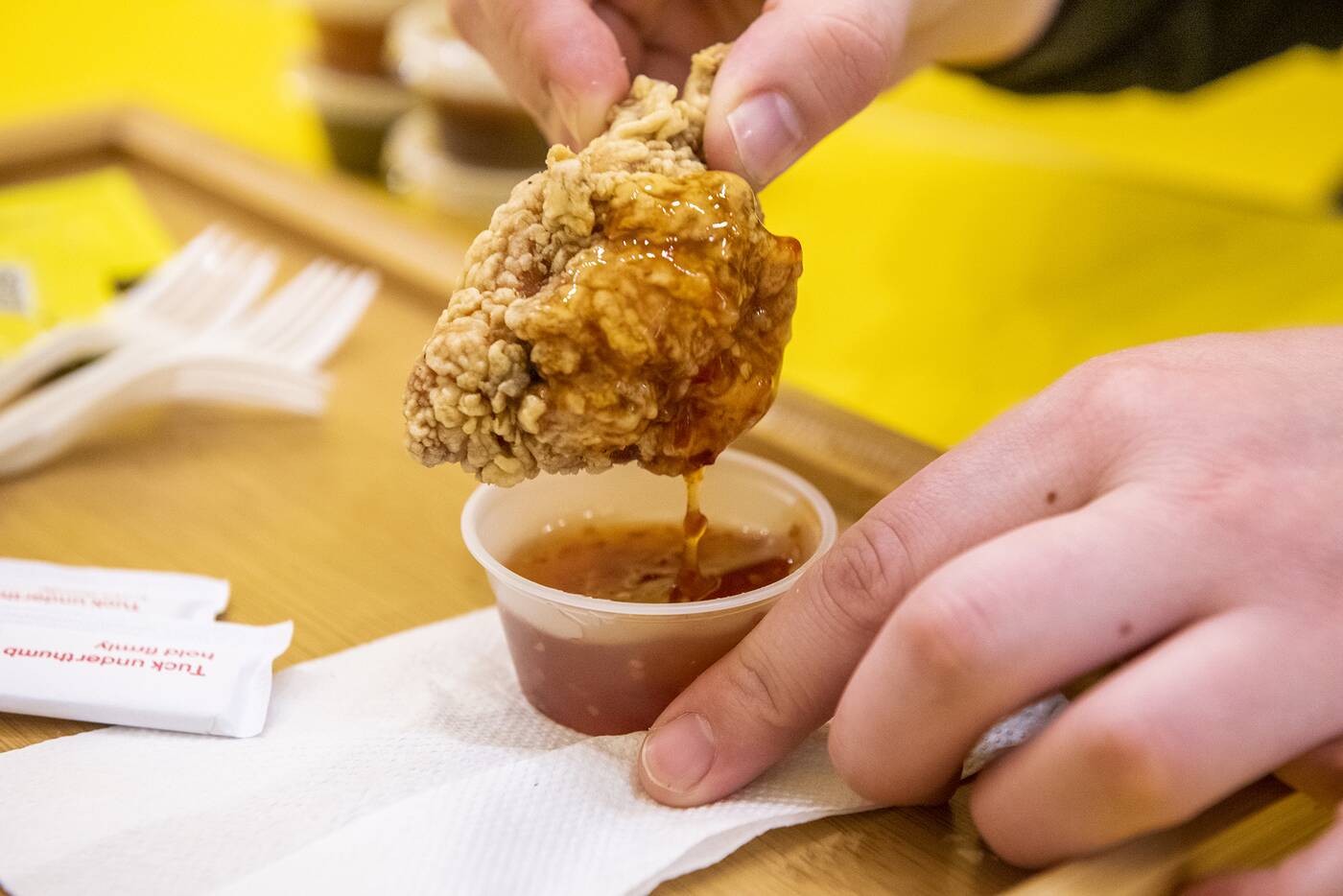 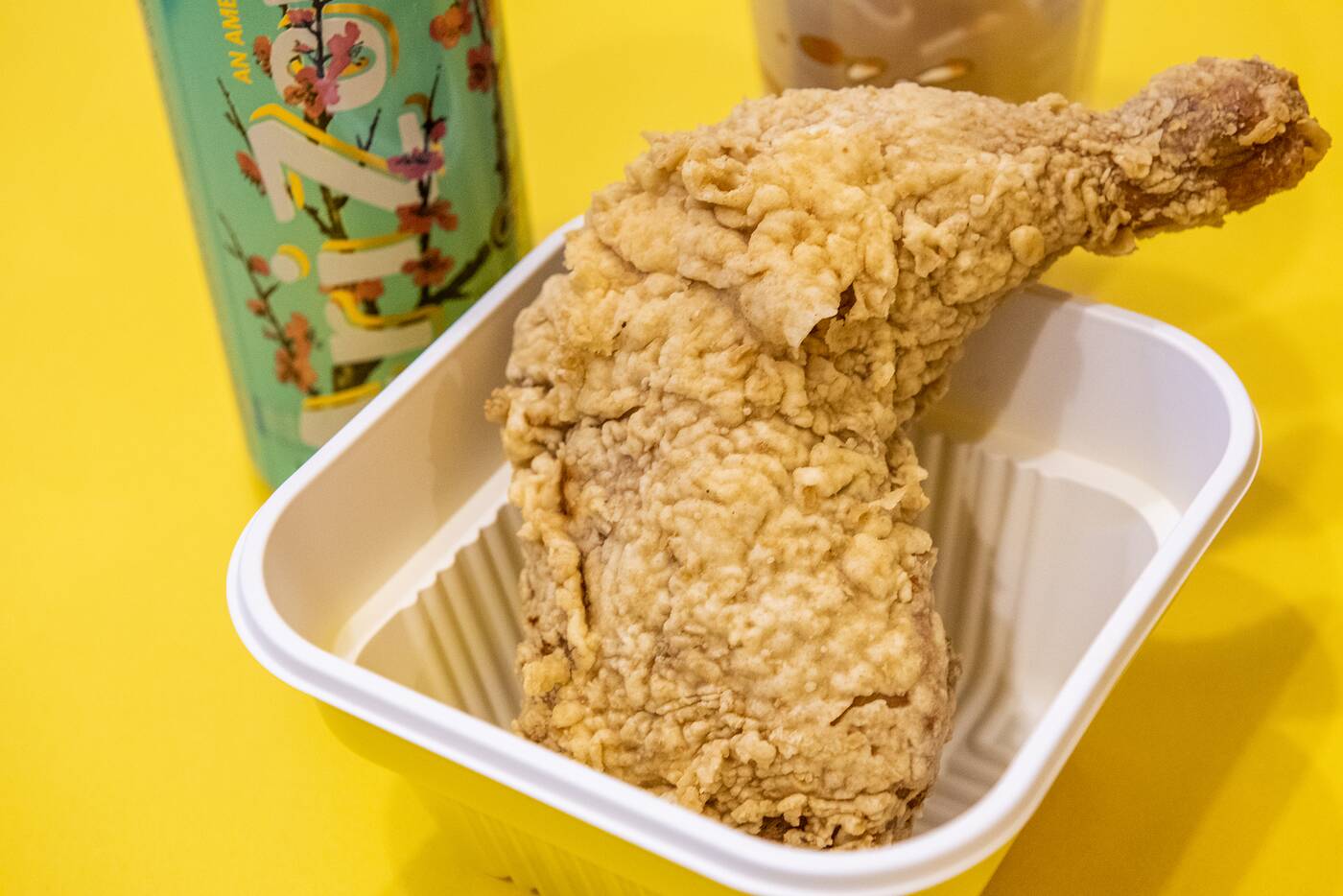 The “Pistol” chicken leg is a relative steal here at $7.99, a massive crispy leg with a juicy drumstick attached. 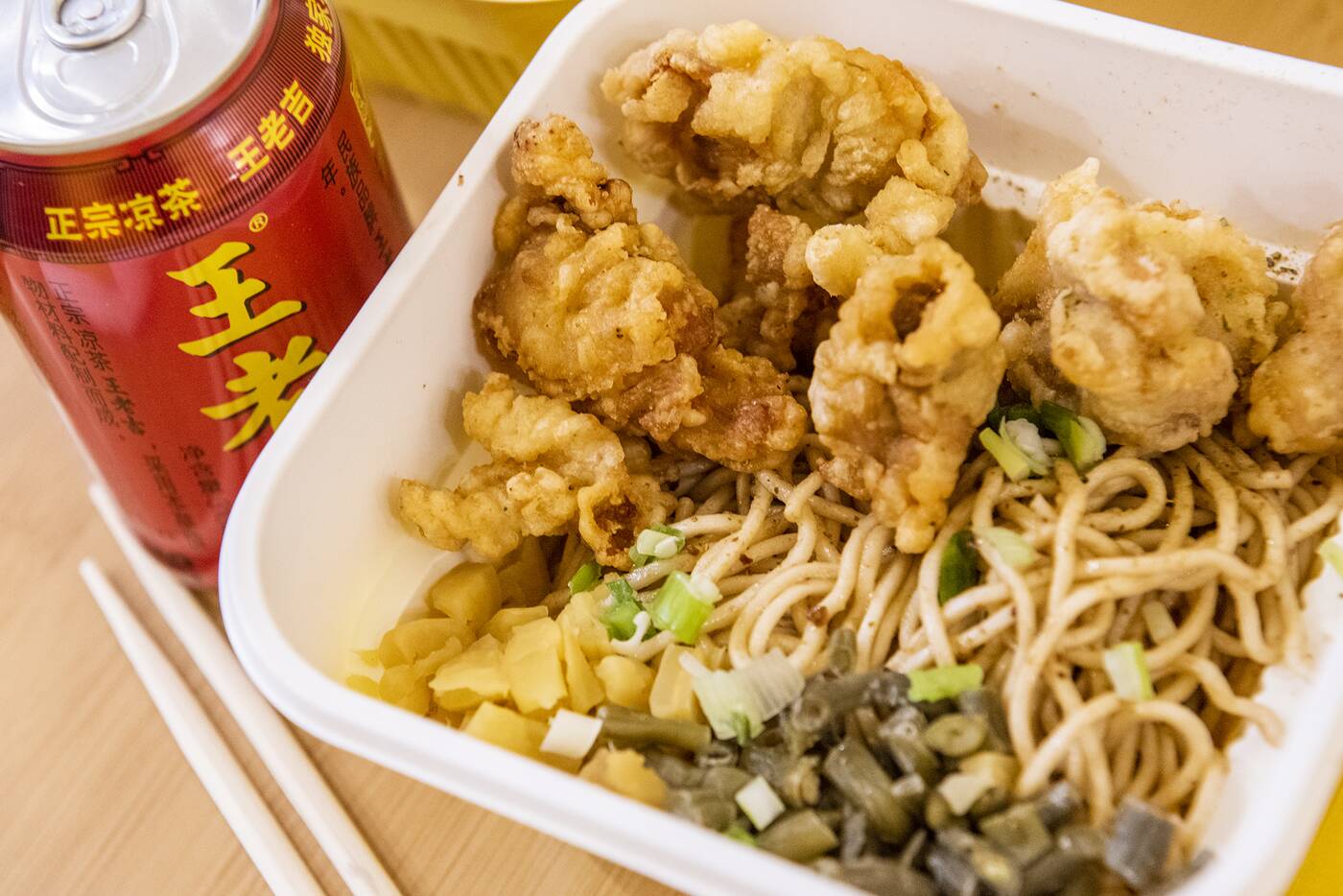 Unlike the Yonge location, this outpost of Call A Chicken offers noodles, actually made on-site periodically. In a combo with chicken on top ($11.99) and a soda, the noodles are earthy and wheaty, topped with pickled radish and cow beans, providing a starchy foundation for crispy nuggets. 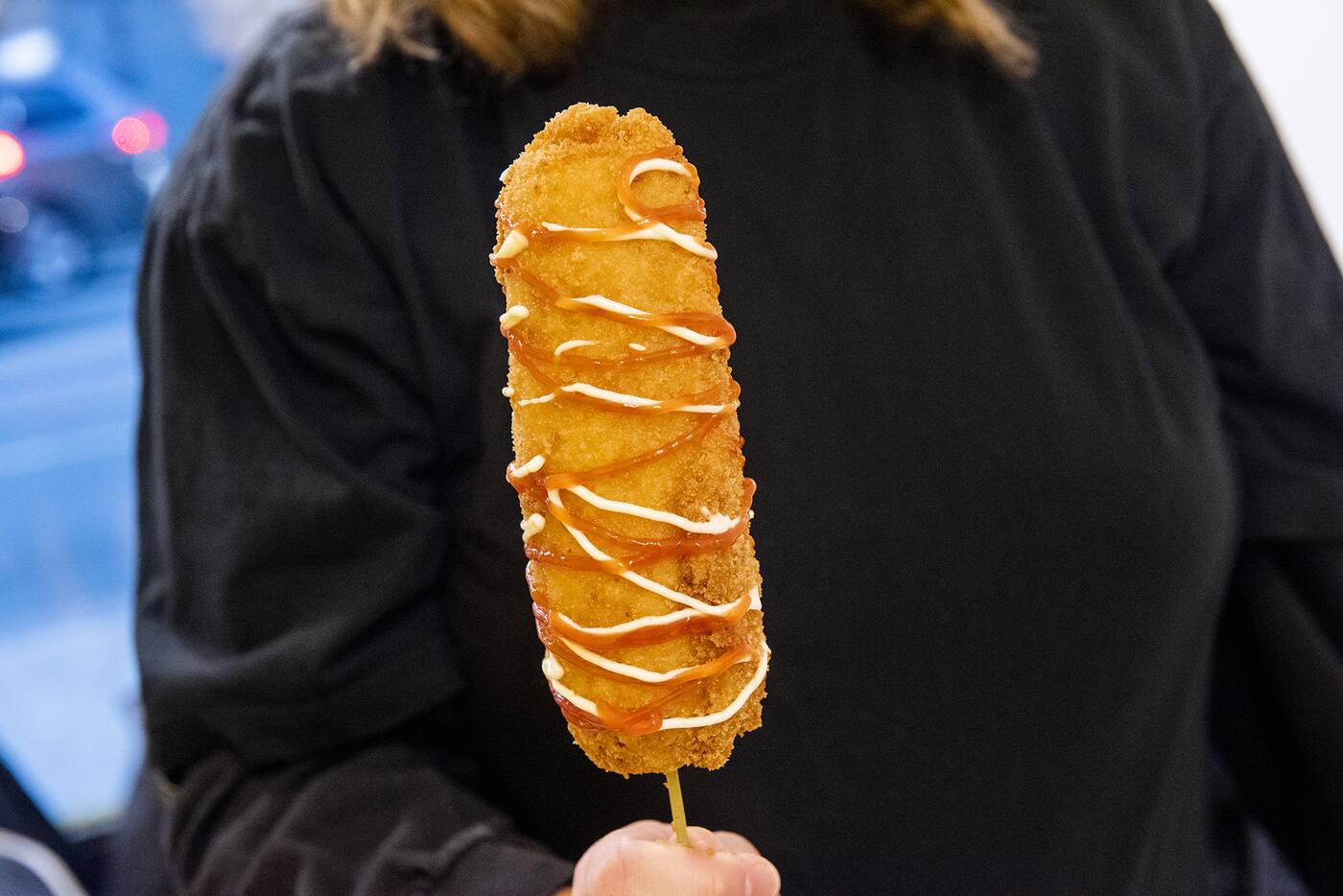 Add deep-fried corn to combos, literally just a cob of corn on a stick deep-fried in a thick batter and drizzled with ketchup and mayo. Other quizzical offerings include crawfish chicken twisters and burgers. 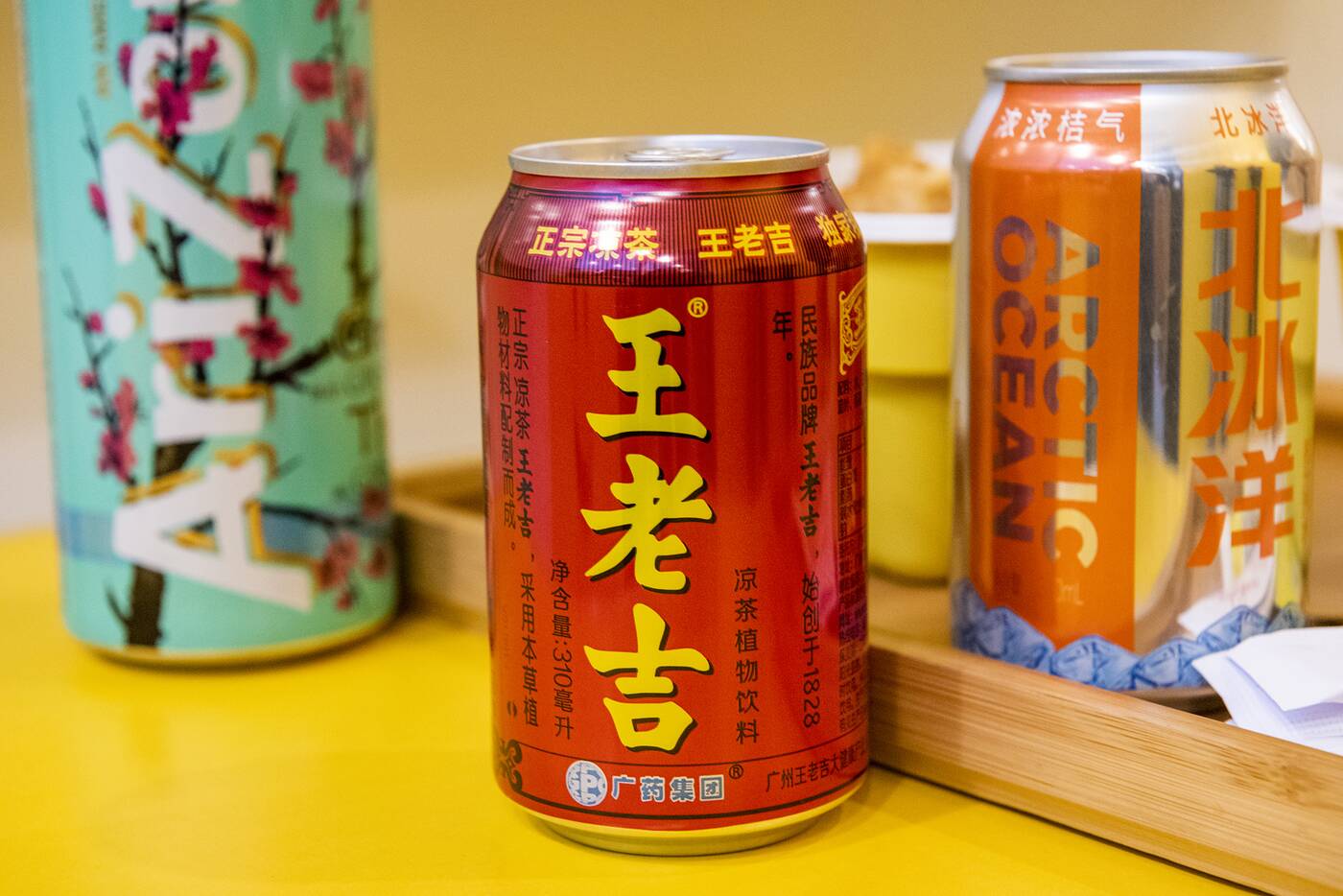 Opt for a Chinese soda over a run-of-the-mill Coke product, or you might want a gigantic tall can of Arizona if you’re going extra spicy. 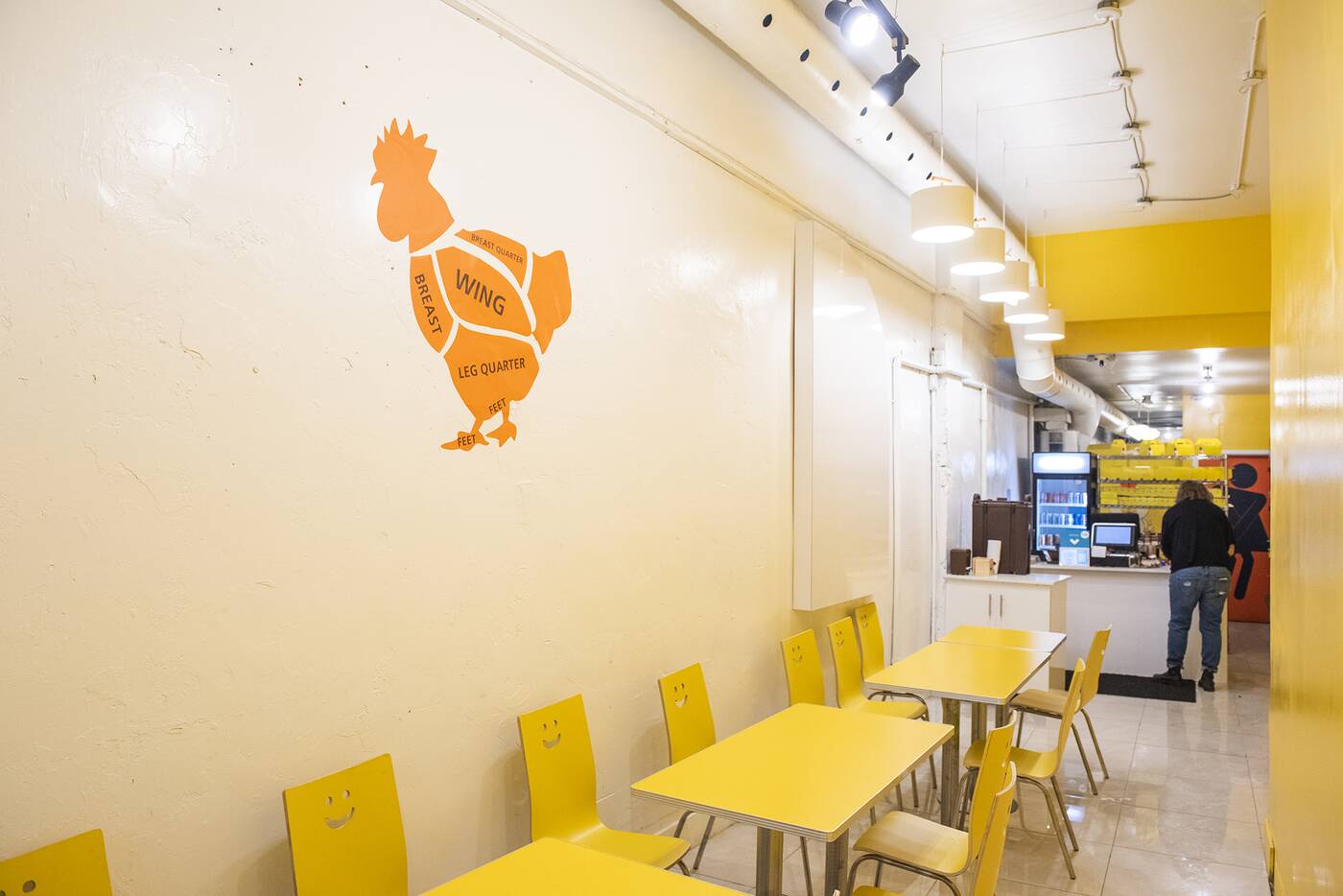 Call A Chicken has a checkered reputation in China due to innuendos in the name and menu items that should thankfully escape English-speaking diners, though it does seem those elements have been overall de-emphasized here in Canada. 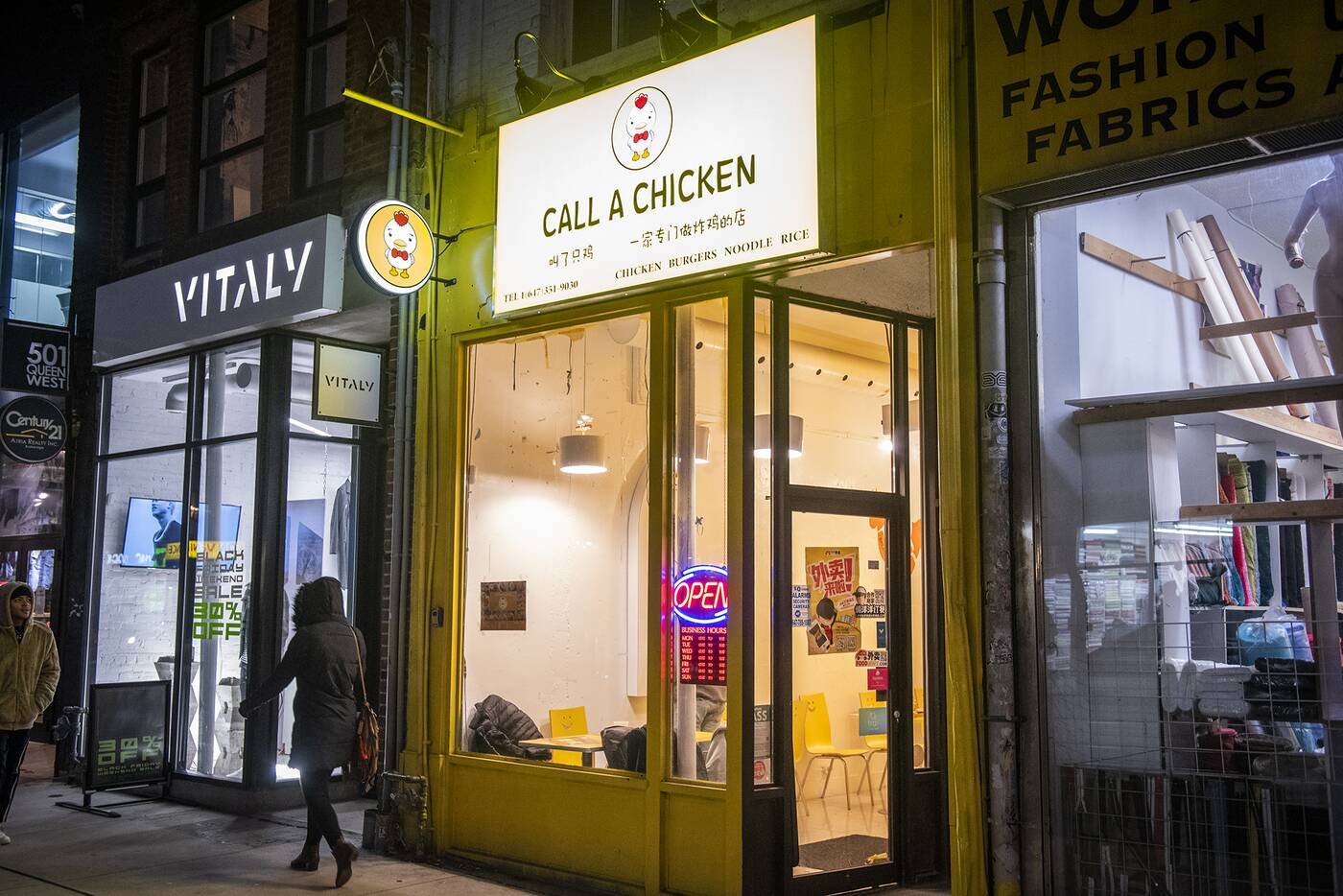