The Burren is a geographical area of Ireland home to many unique Indigenous species as well a great deal of mythology and folklore.

It’s also the name of this pub in Toronto, transformed from what once was Ceili Cottage and run by former staff members. 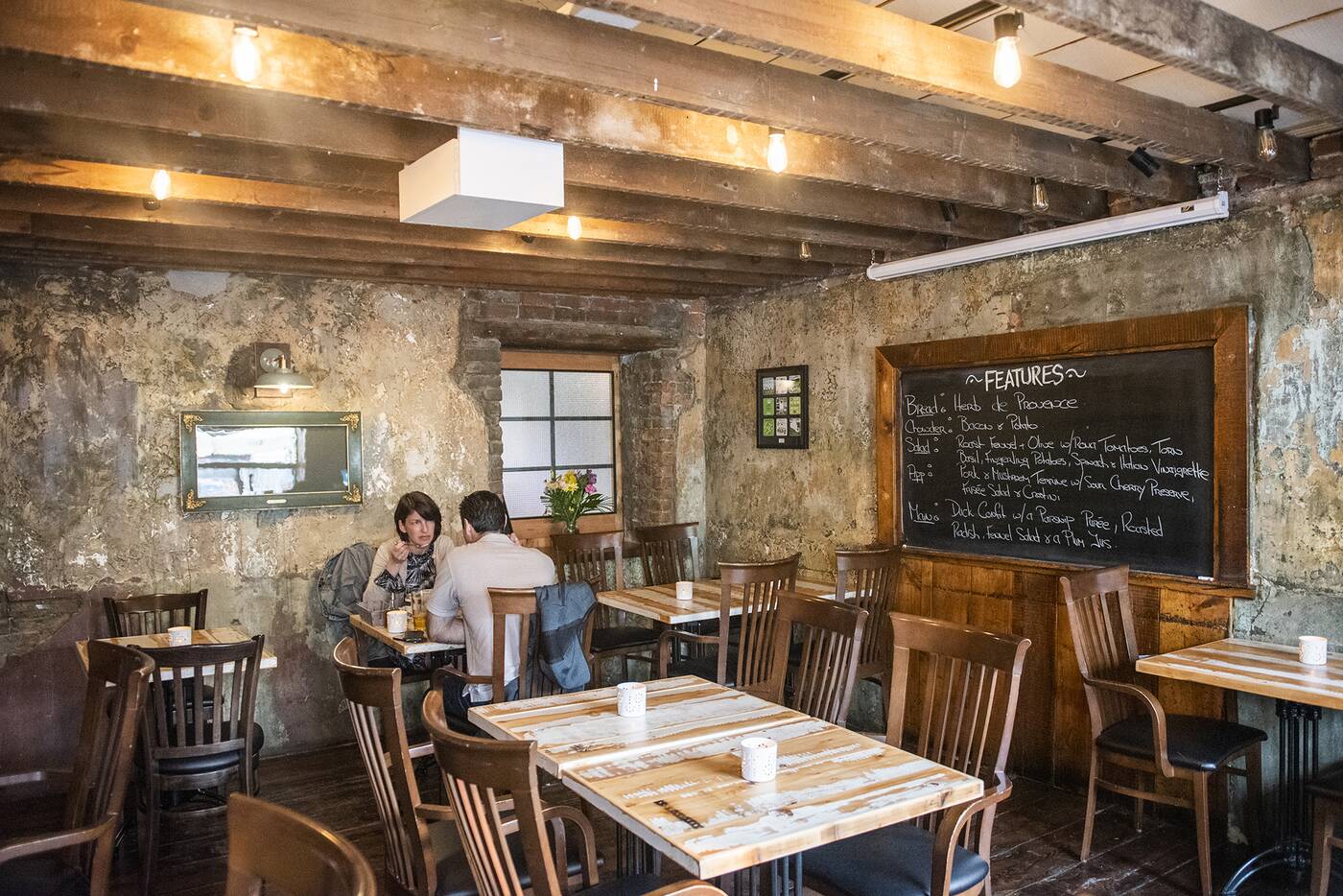 Though the interior design has been totally revamped and given an additional 50 seats, an 1880s stone cottage the tavern was built around has been largely untouched save a fresh coat of paint on the ceiling. 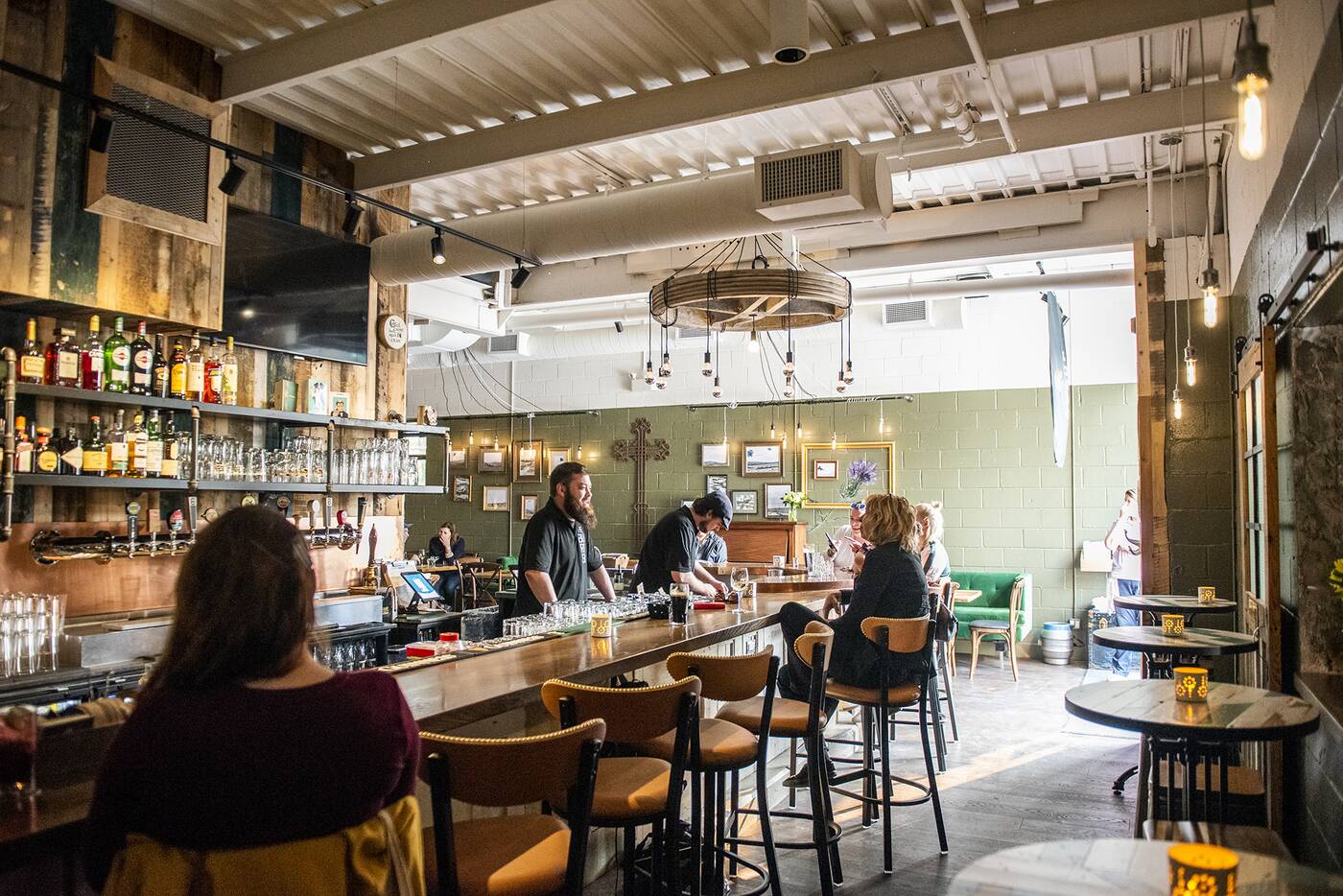 The rest of the space is decked out in Burren-inspired photography, tables scribbled with Irish cultural phenomena and a functioning piano used during regular live music nights. 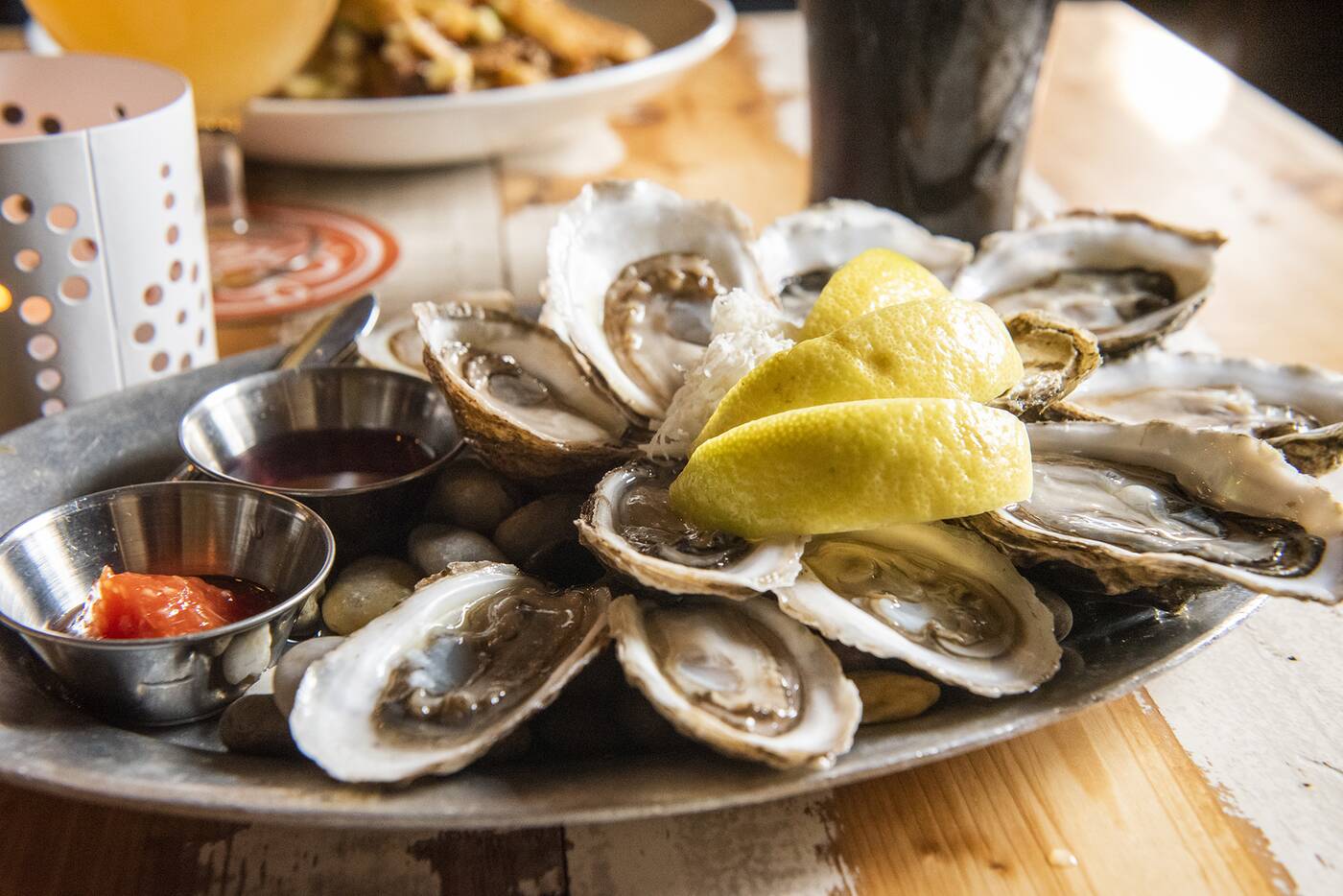 A dozen oysters from a mix of regions will set you back $33, and be wildly worth it. I sample smaller, sweeter New Brunswick Beausoleils and Irish Points from P.E.I. along with very large, briny Kelly oysters from Clarinbridge in Ireland. 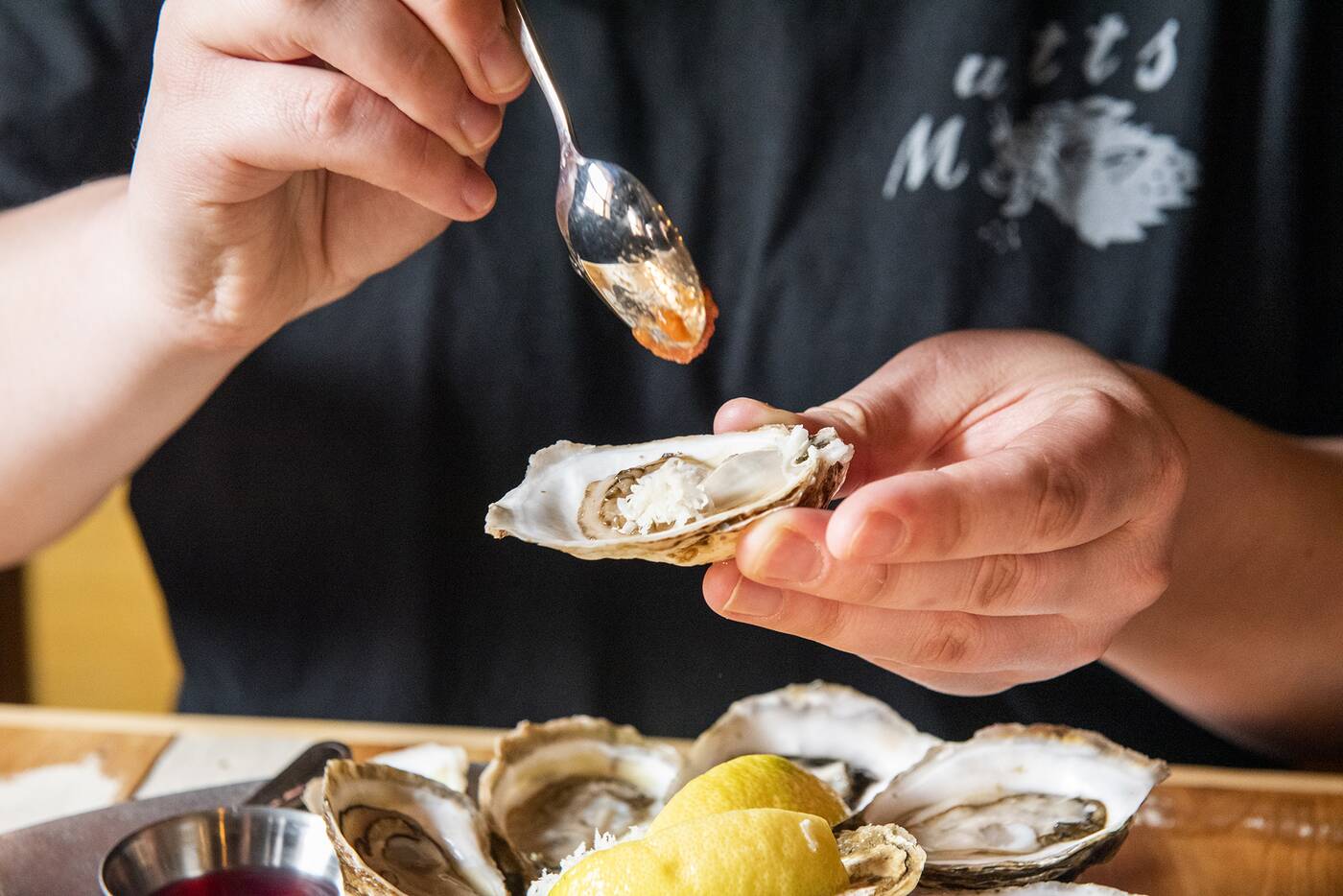 They’re served with lemon as well as fresh grated horseradish and house cocktail sauce and mignonette, which makes all the difference. 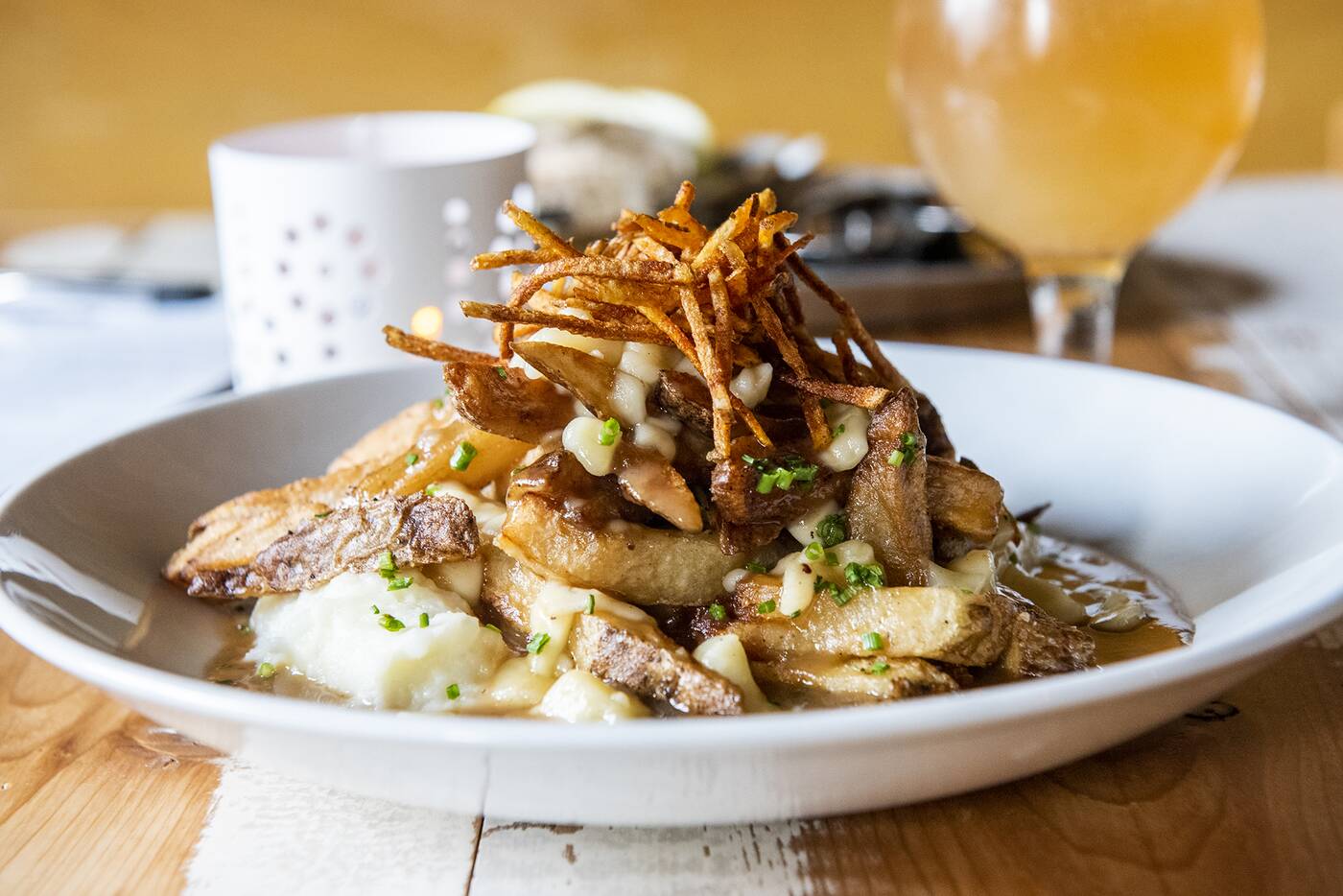 A simple but buttery and creamy mash is topped with fries cut in house the night before as well as The Burren’s own “hickory sticks” and Quebec cheese curds, all tied together with silky house gravy. 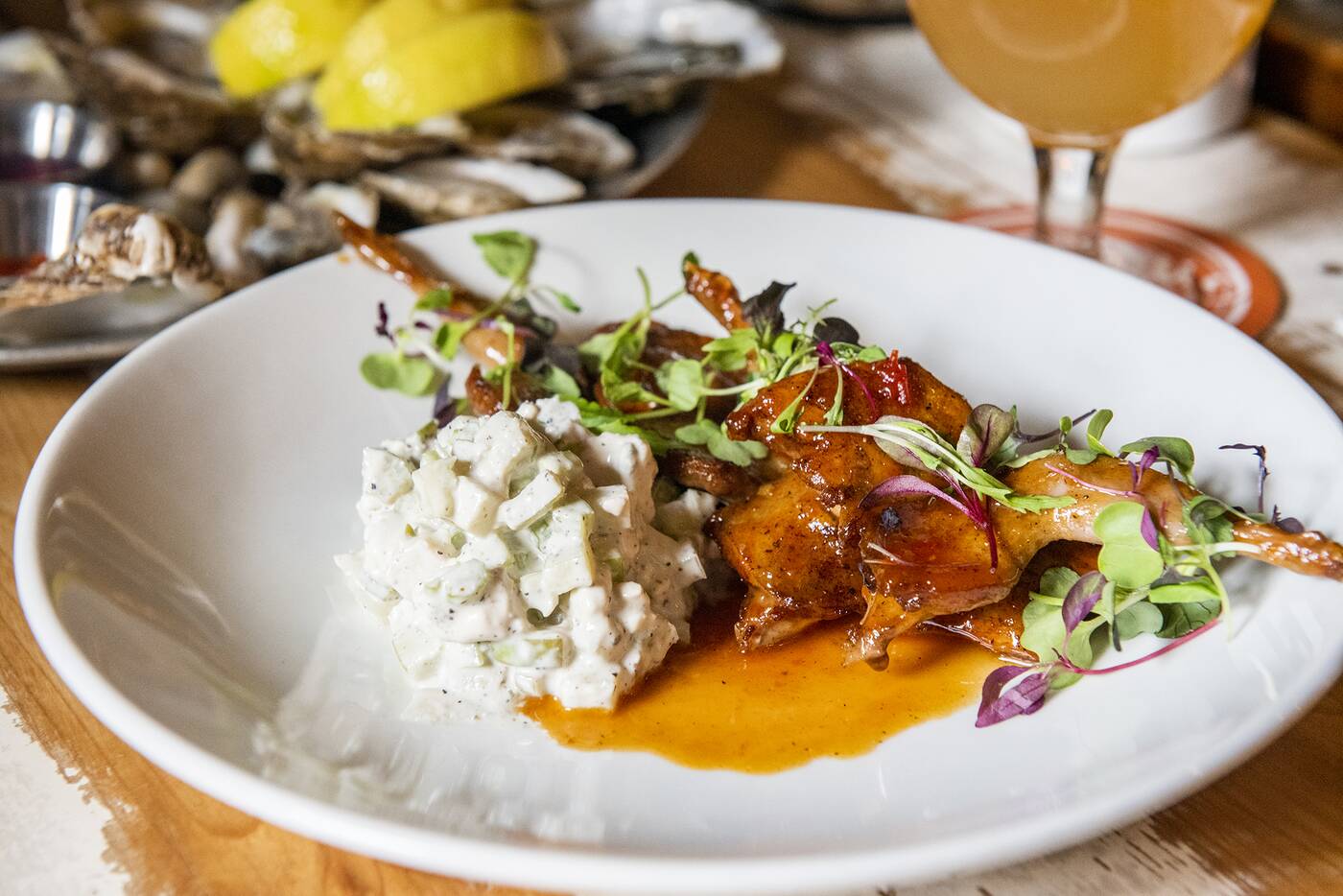 Quail “Wings” ($17) are actually deboned breasts attached to teeny legs, given a hard pan-sear to get the skin crispy and deglazed with a sweet and spicy homemade hot sauce and apple jelly mixture.

A crisp, crunchy slaw of finely diced celery, green apple and pickled red onion studded with funky Irish blue cheese cleverly collapses the crudités and dip that would normally come on the side with wings. 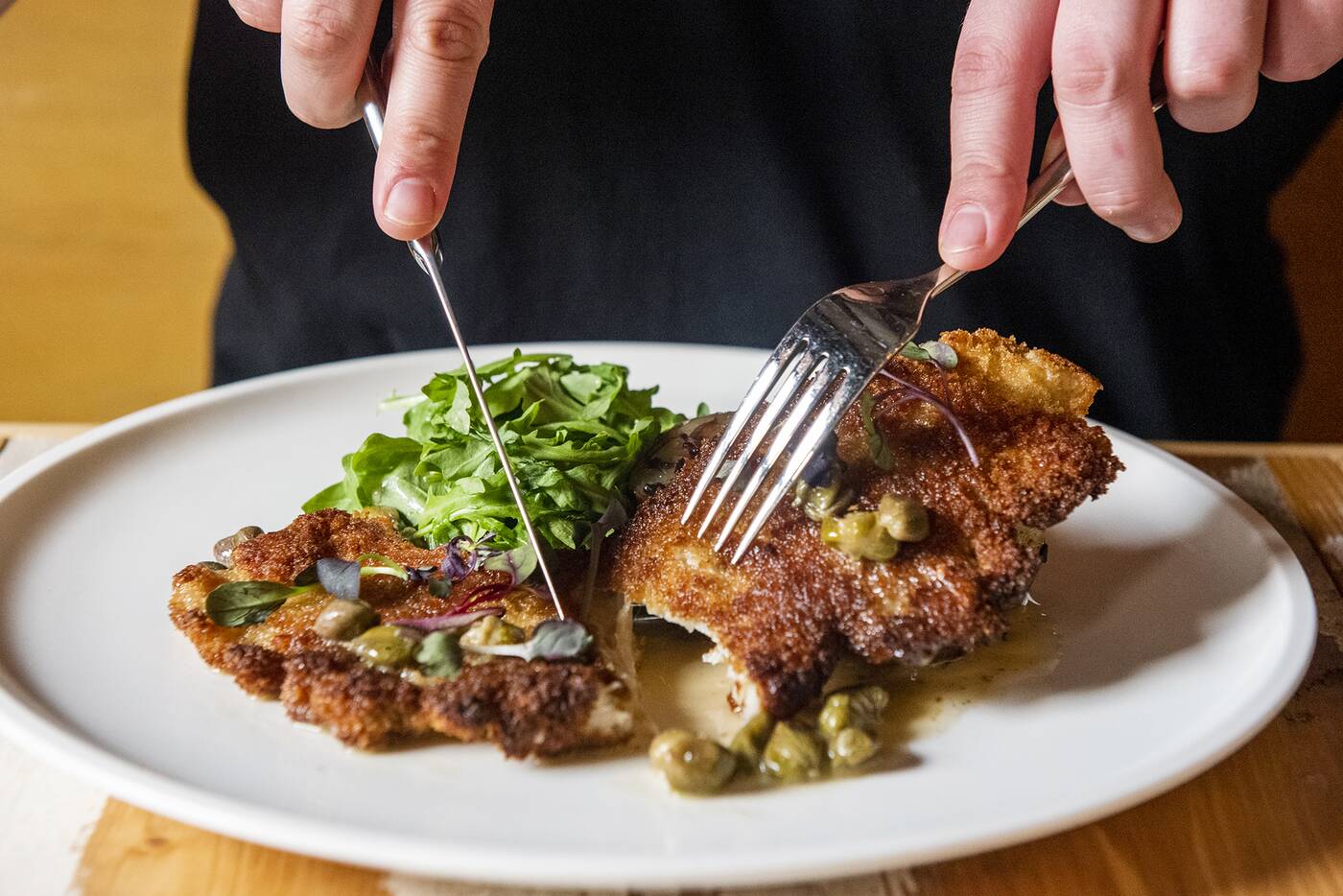 Skate Schnitzel ($20) is coated in panko, flour and egg and seared in butter and oil until crispy, putting it somewhere between a classic schnitzel and a kind of sole meuniere, especially with a salty caper white wine lemon sauce. 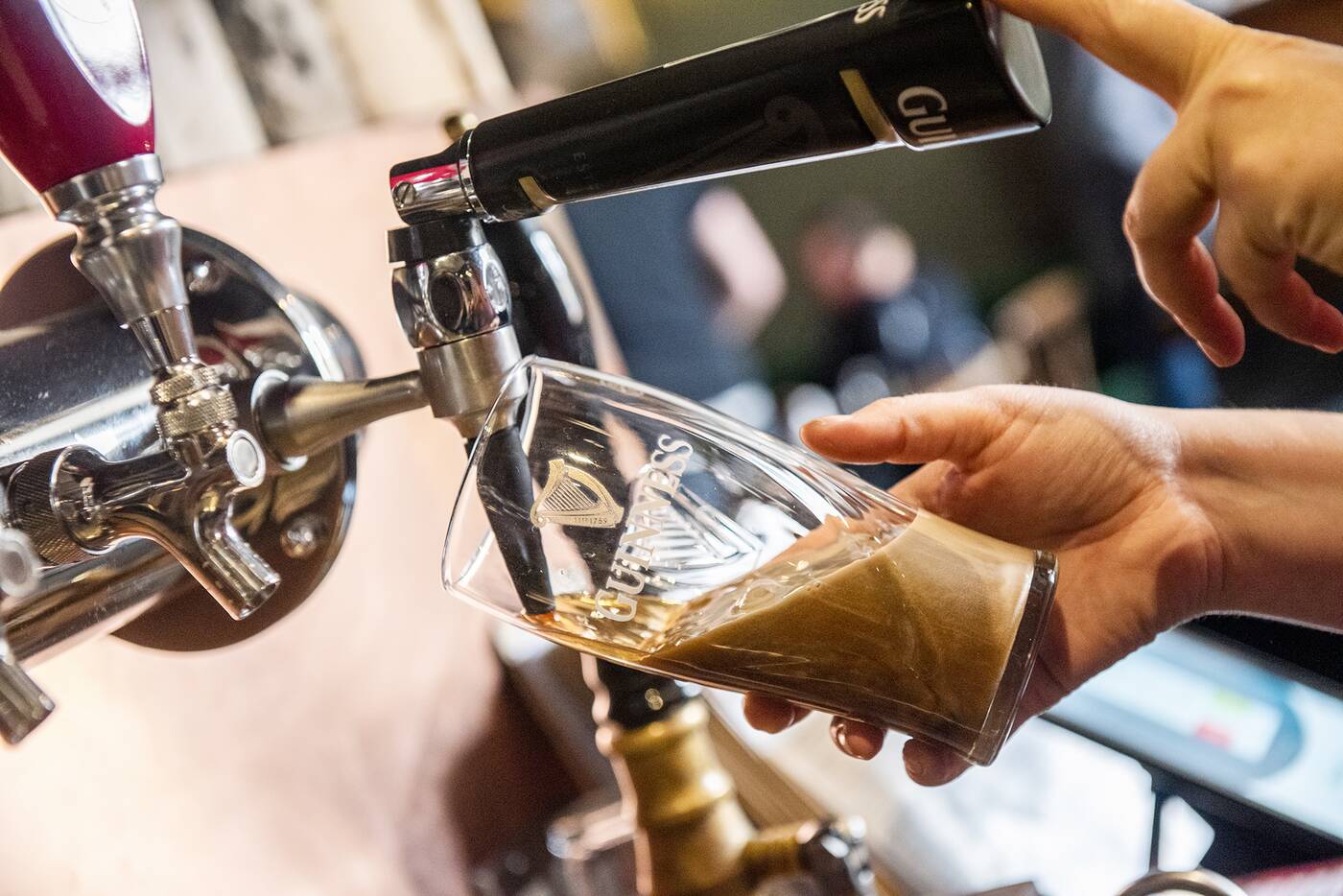 A 20-ounce pint of Guinness goes for $8.20 and feels worth every penny, properly poured from a high quality draft system. 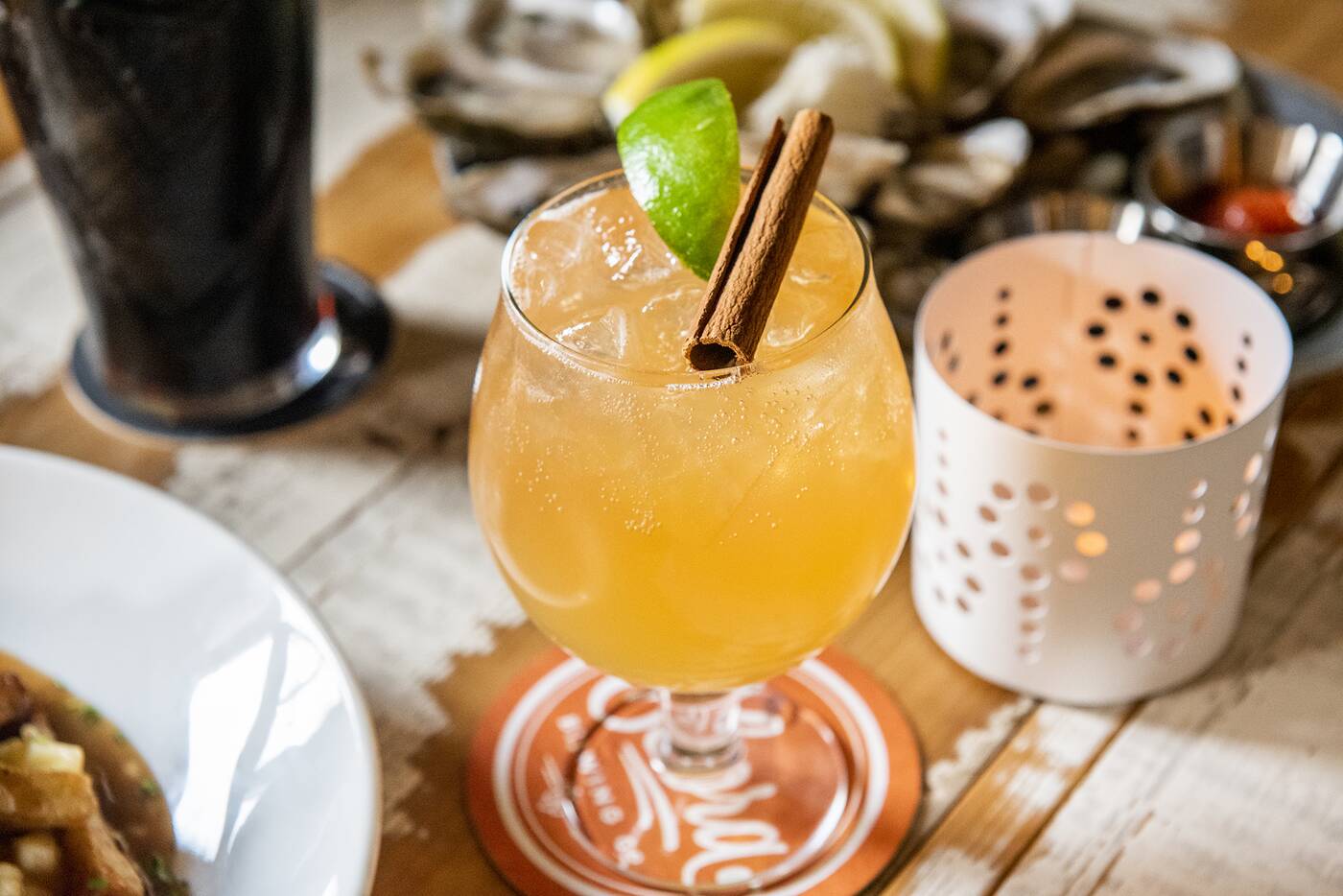 As for cocktails there’s the Clonmel Mule ($14), an Irish twist on the Moscow Mule with Bulleit, ginger beer, lime and Magners. 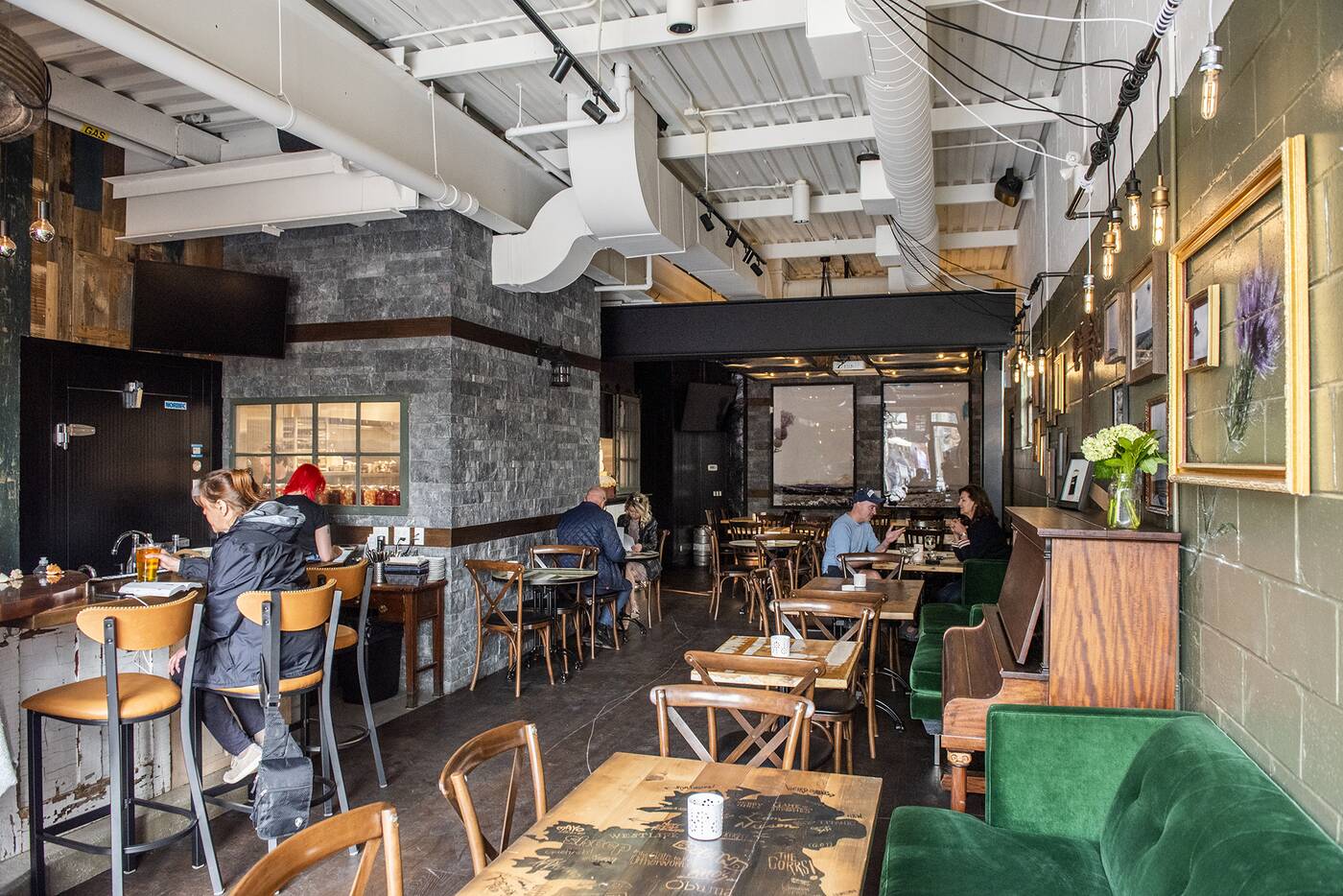 The Burren also has a huge patio and a baking program that includes daily-changing fresh baked breads, and does brunch service. 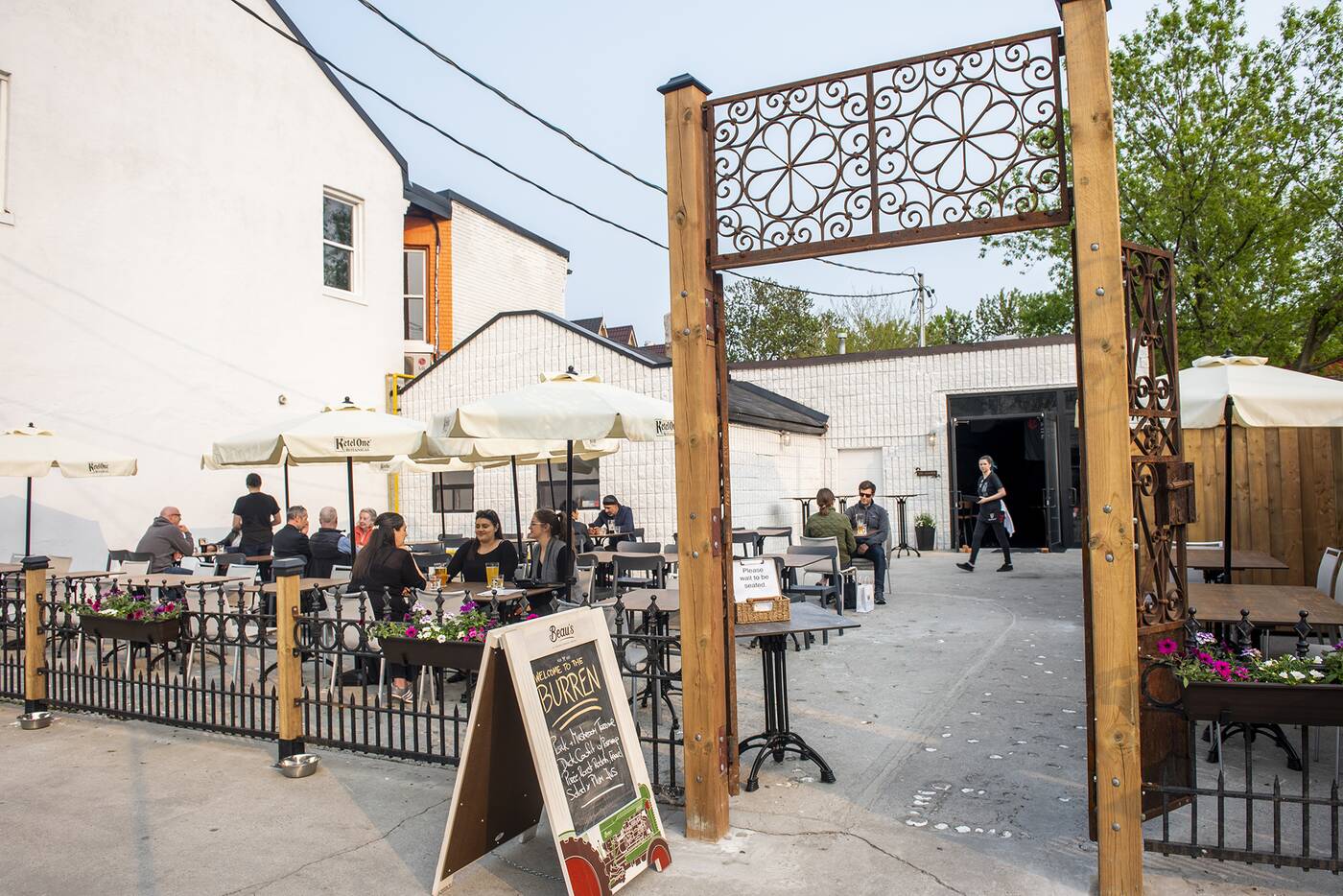