Buono Queen is currently open but their offerings and services may be affected due to the pandemic. Please contact the business directly for more information about any changes. Is this your business? Please contact us if you would like to update this message.

Buono now stands where Stelvio and the old Stem Diner once was, a more casual pasta and piadina bar concept run by the same team.

Stelvio has relocated to Dundas West where they have more space, and still produce all eggless pastas for both restaurants. 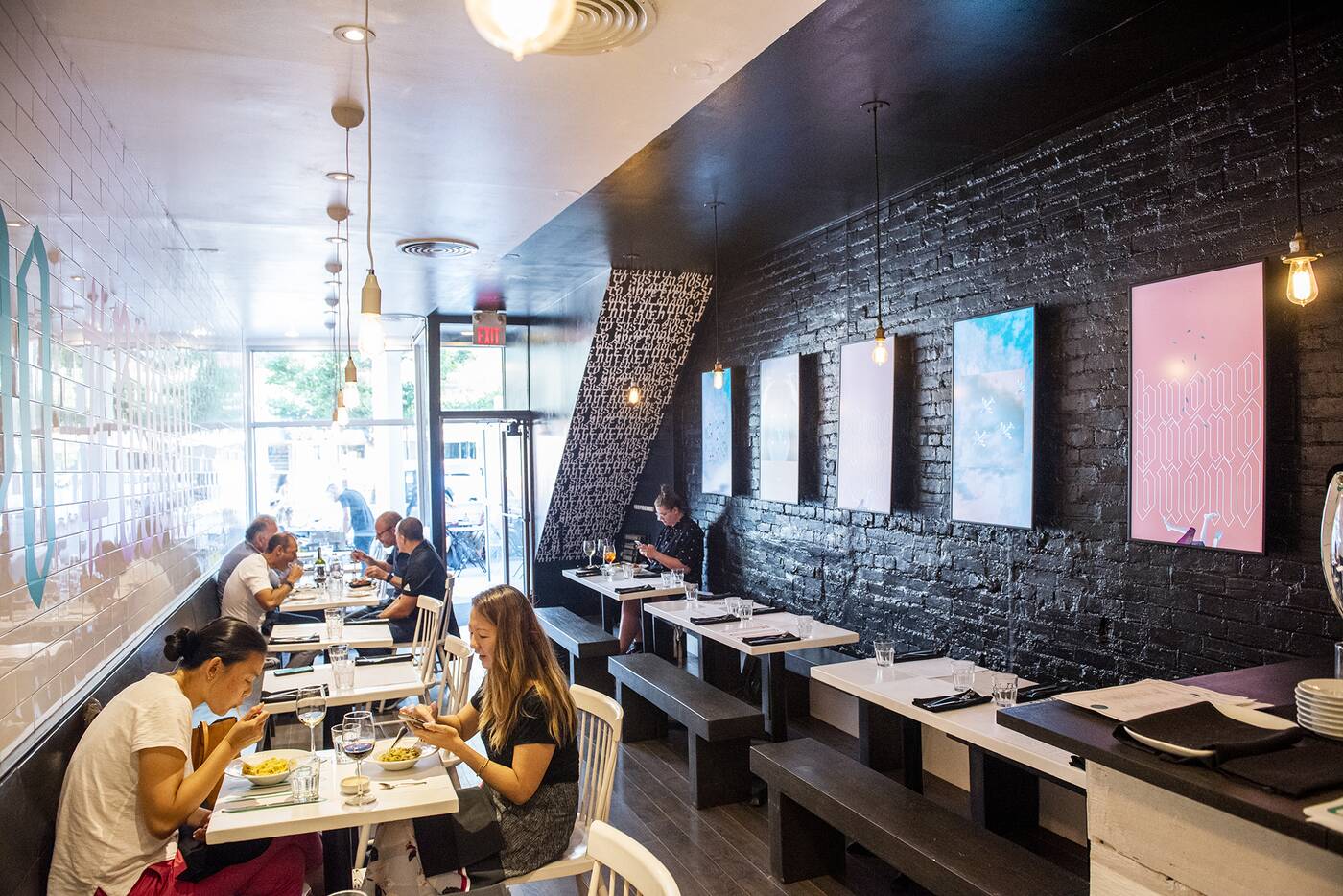 As it stands, Buono has an interior capacity of about 35, with a patio that seats around 18 in the summer. 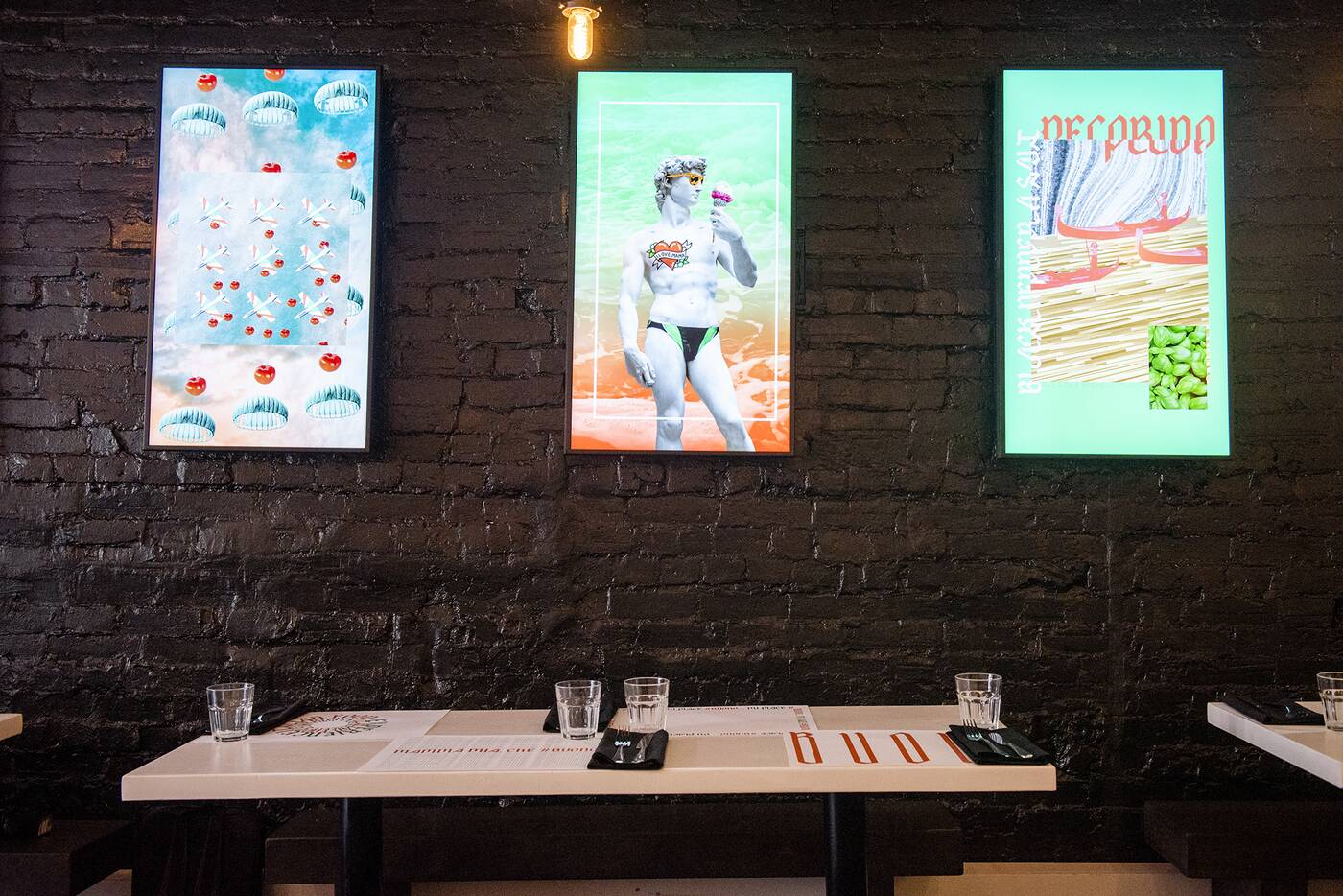 The space is decked out in loud teal and orange accents, bizarre pop art playing on screens, all conceived by Blossom. 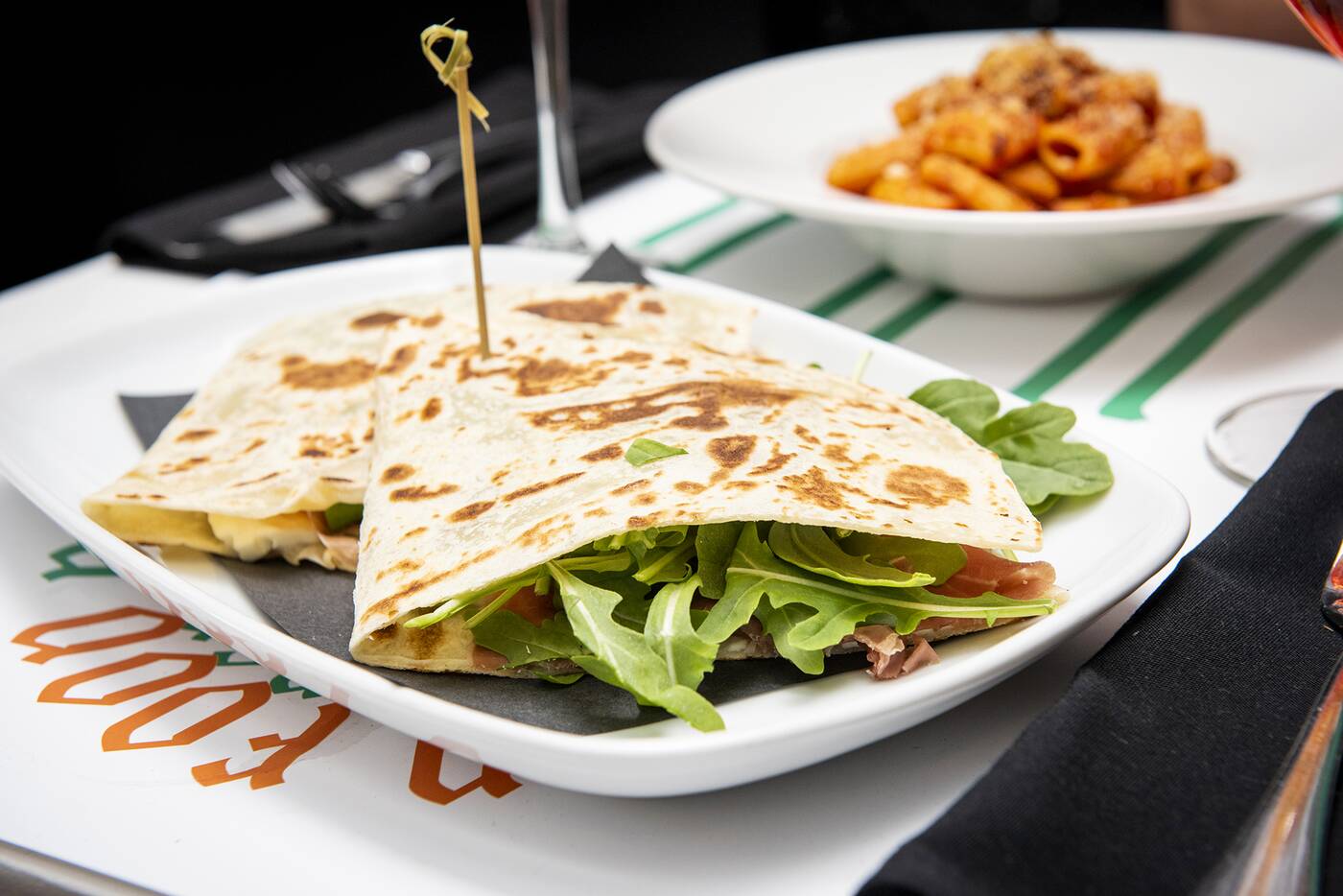 A Classica piadina ($15) represents a typical version of an Italian snack sandwich popular in Northern Italy, usually eaten by the sea in the summertime.

Traditional piadina flatbread is made with pork fat, but here it’s made simply from scratch out of flour, milk, butter and salt, almost like a crispy, savoury Italian crepe. 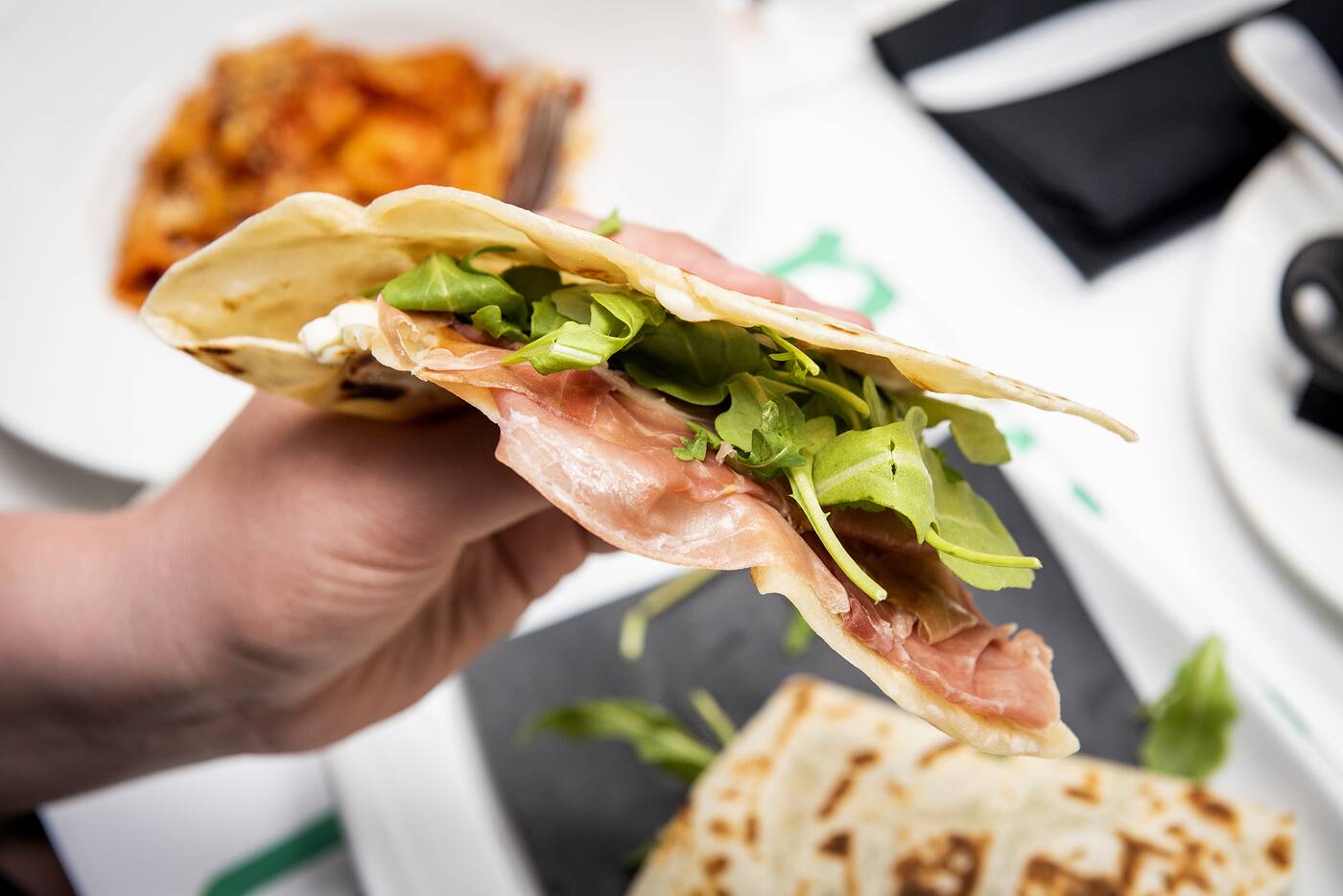 The Classica is stuffed with lusciously fatty prosciutto and fresh cheese I only wish there was more of, both imported from Italy. The filling is rounded out by some frilly, fresh, peppery arugula. 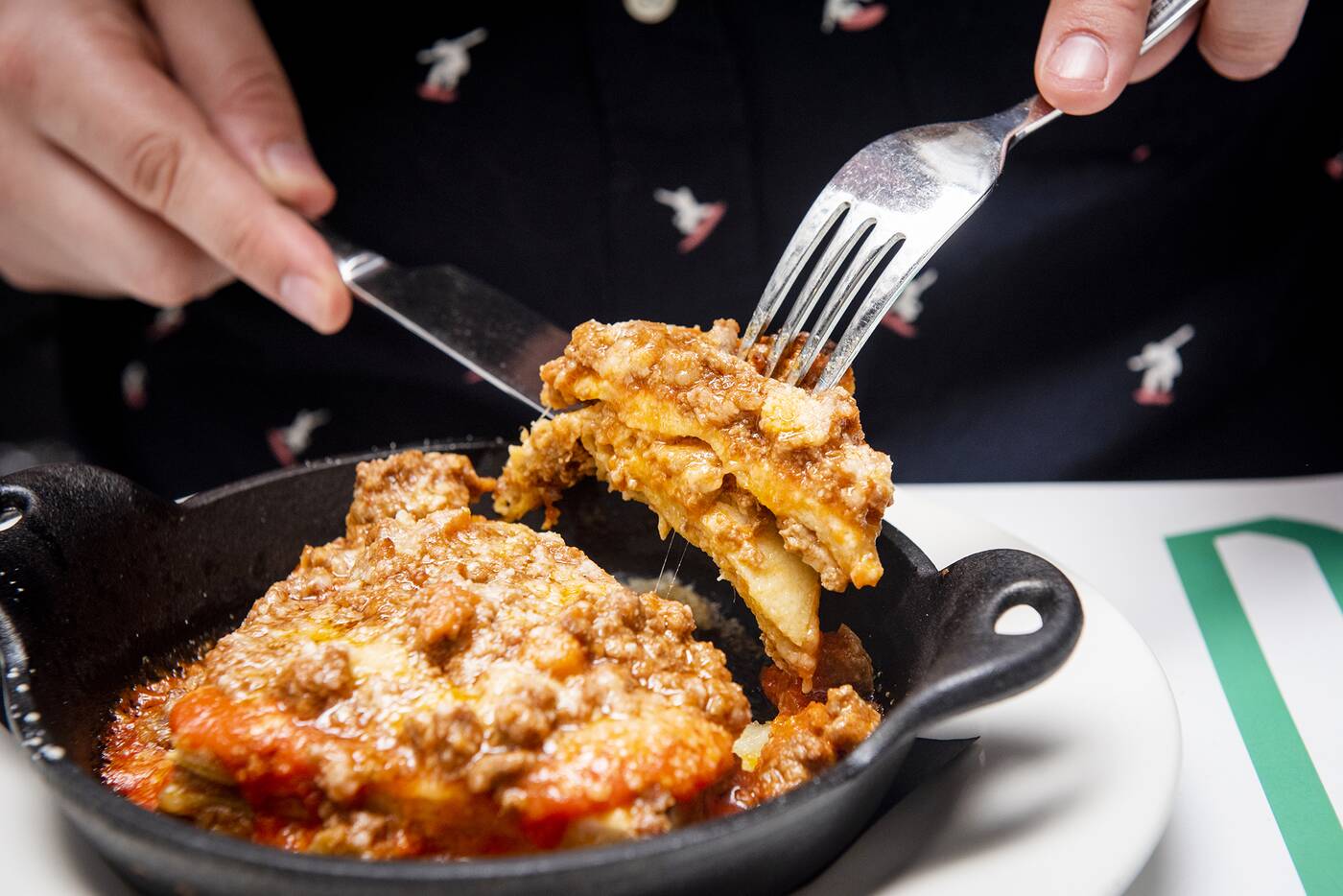 The pasta bar is simplistic, with three options for fresh pasta shapes and nine options for sauces, plus meat or vegetarian lasagnas and meatballs. 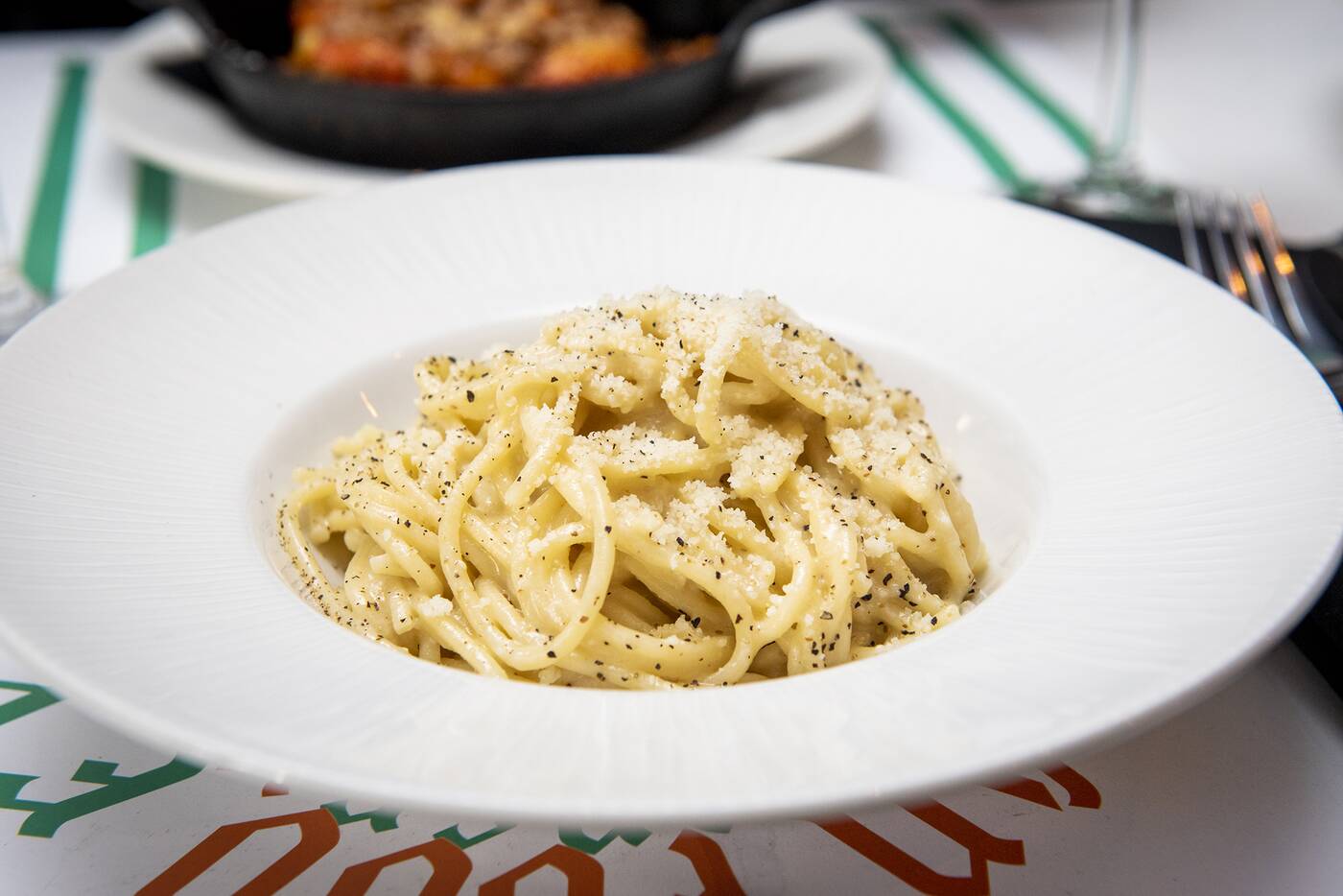 We opt for classic cacio e pepe ($14) with spaghetti, which is actually more of a thick, square noodle rather than a round, thin one, almost closer to tonnarelli. 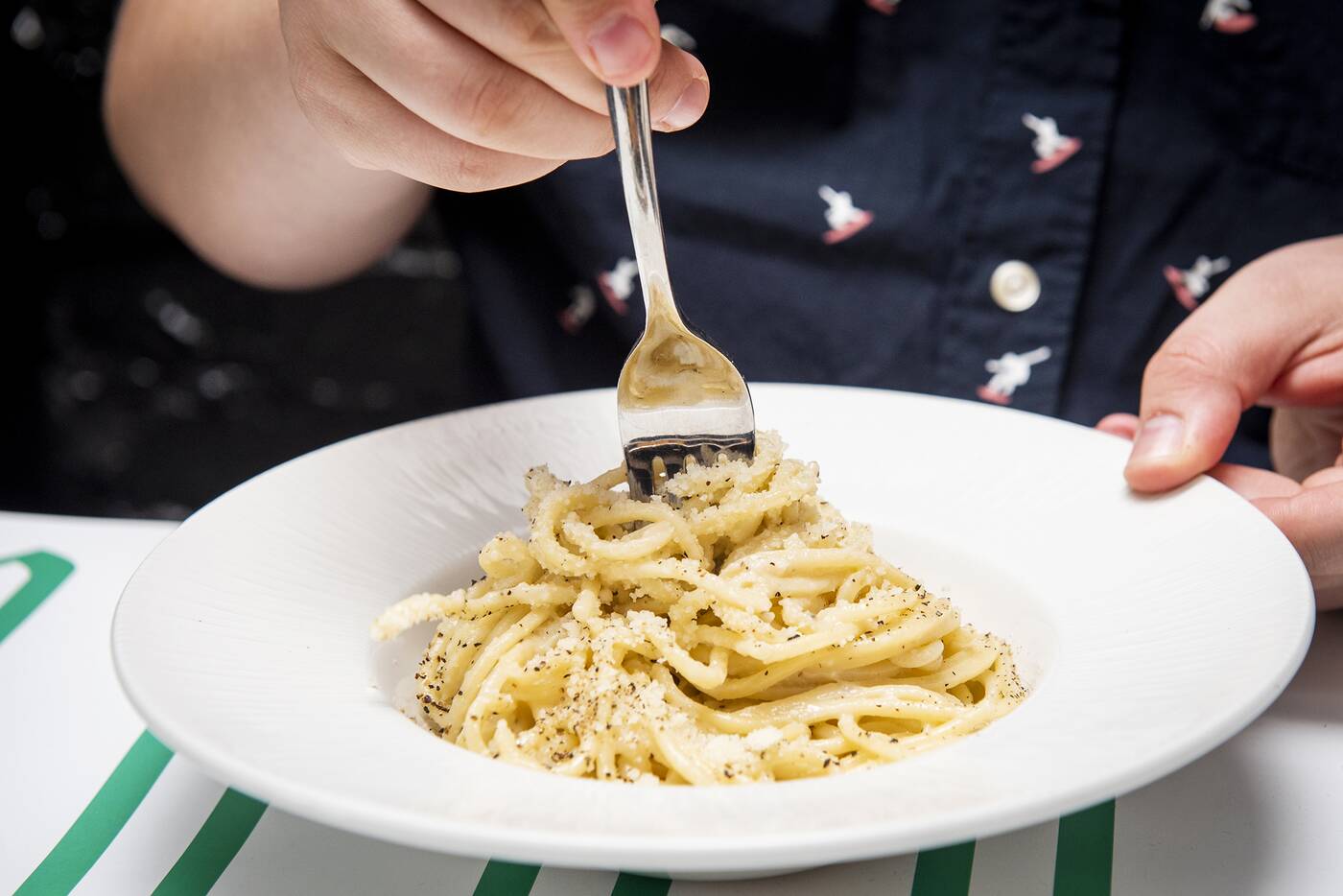 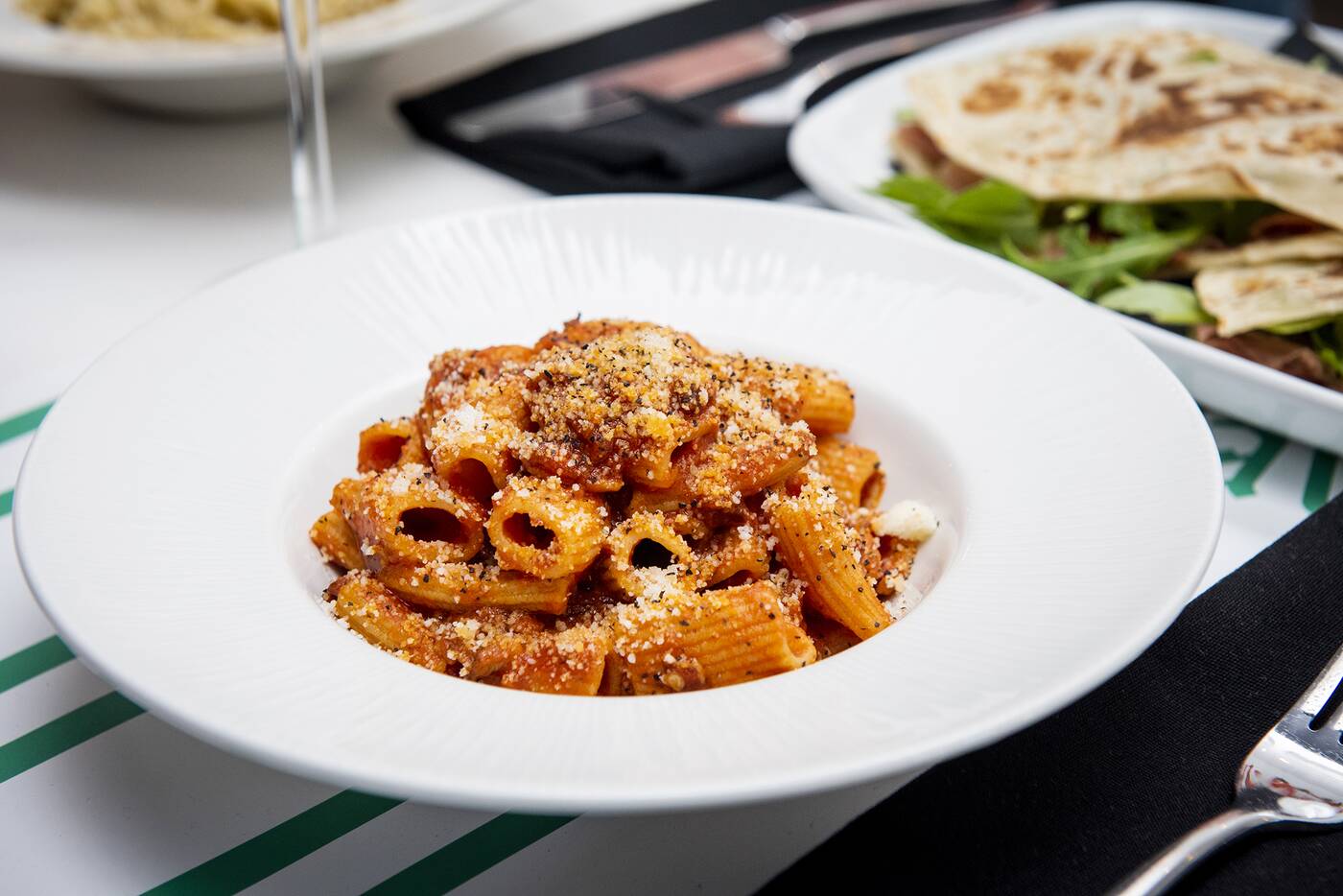 An Amatriciana sauce ($14) served with rigatoni is my favourite, tomato cooked for a long period of time with guanciale, or pork jowl, which imbues the whole dish with a sweet, salty, indulgent flavour. A sprinkling of pecorino and black pepper on top ties everything together. 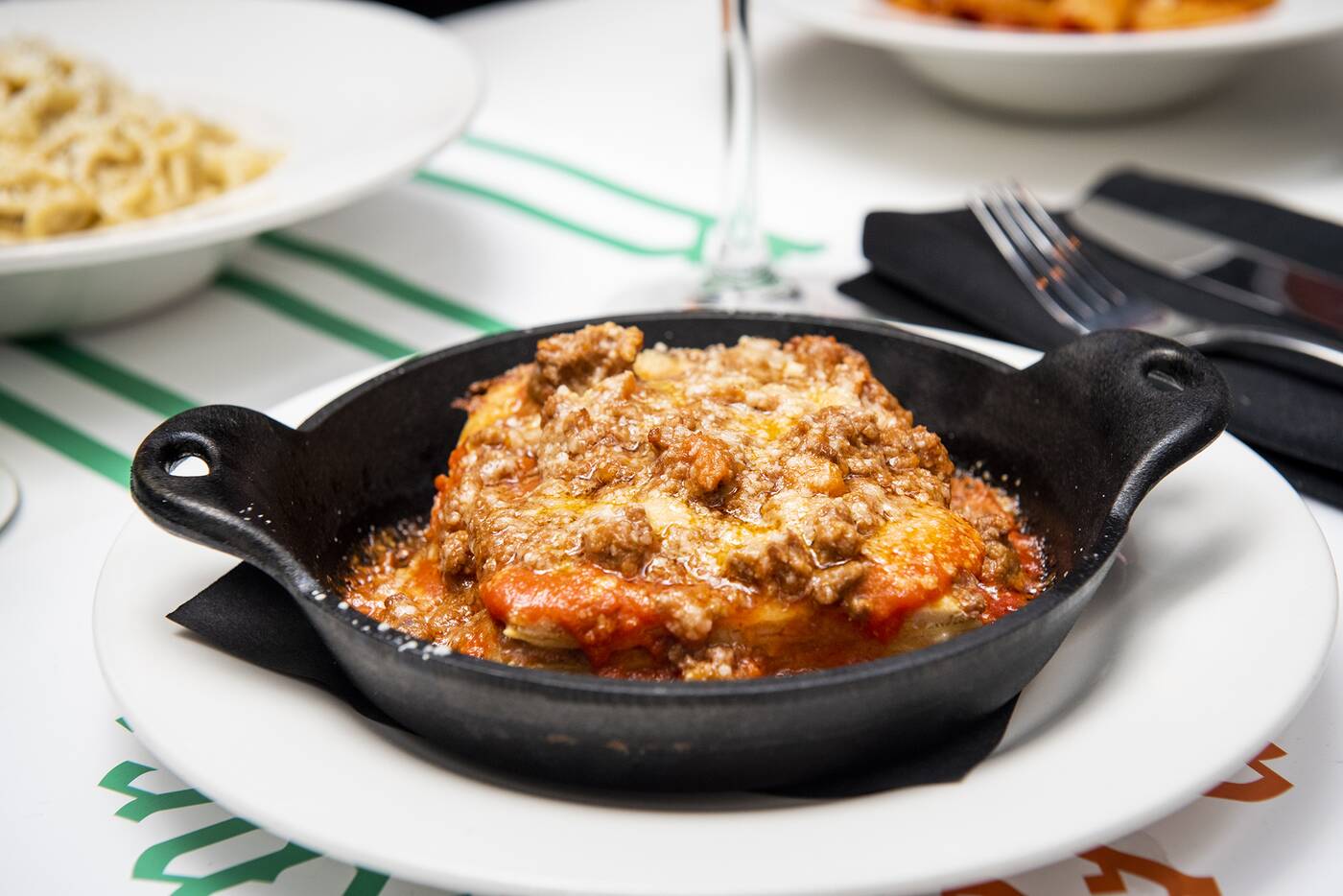 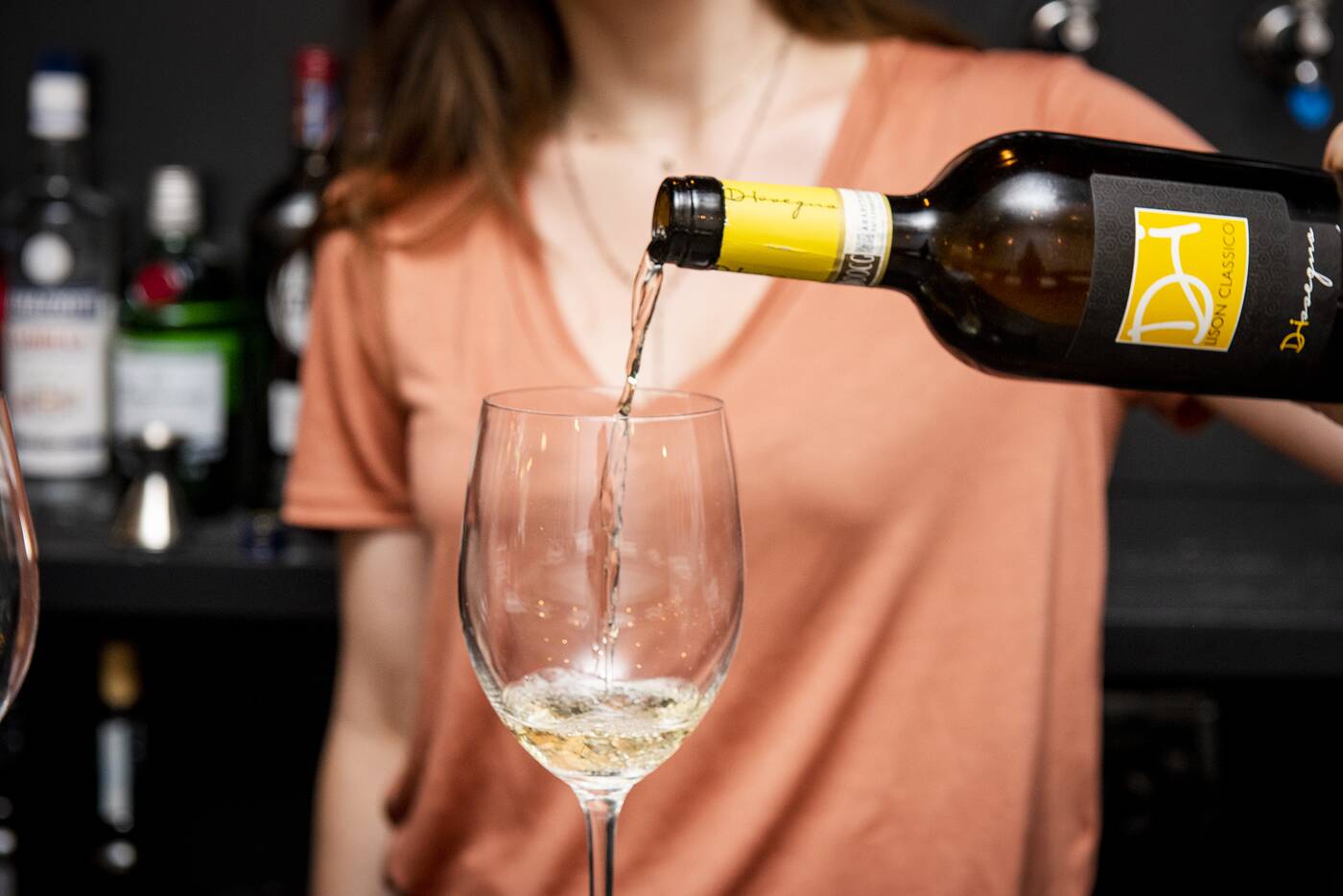 What the wine selection lacks in diversity it makes up for in high quality, almost all wines sourced from organic Italian winery Dissegna. 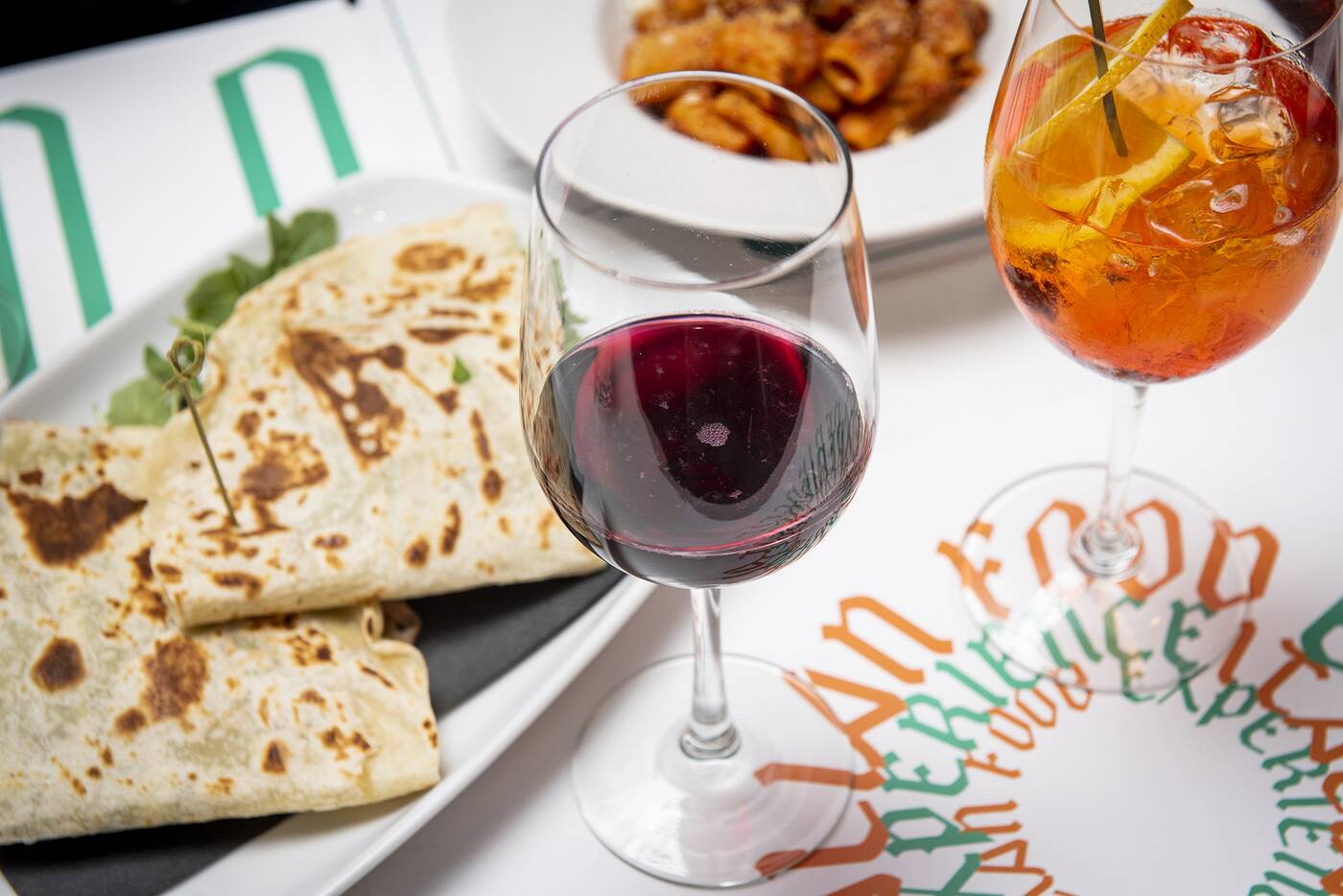 A Sangue di Giuda from Giorgi ($12 for a five-ounce glass) is the sole exception, a subtly sparkling red that has a juicy, strawberry flavour. 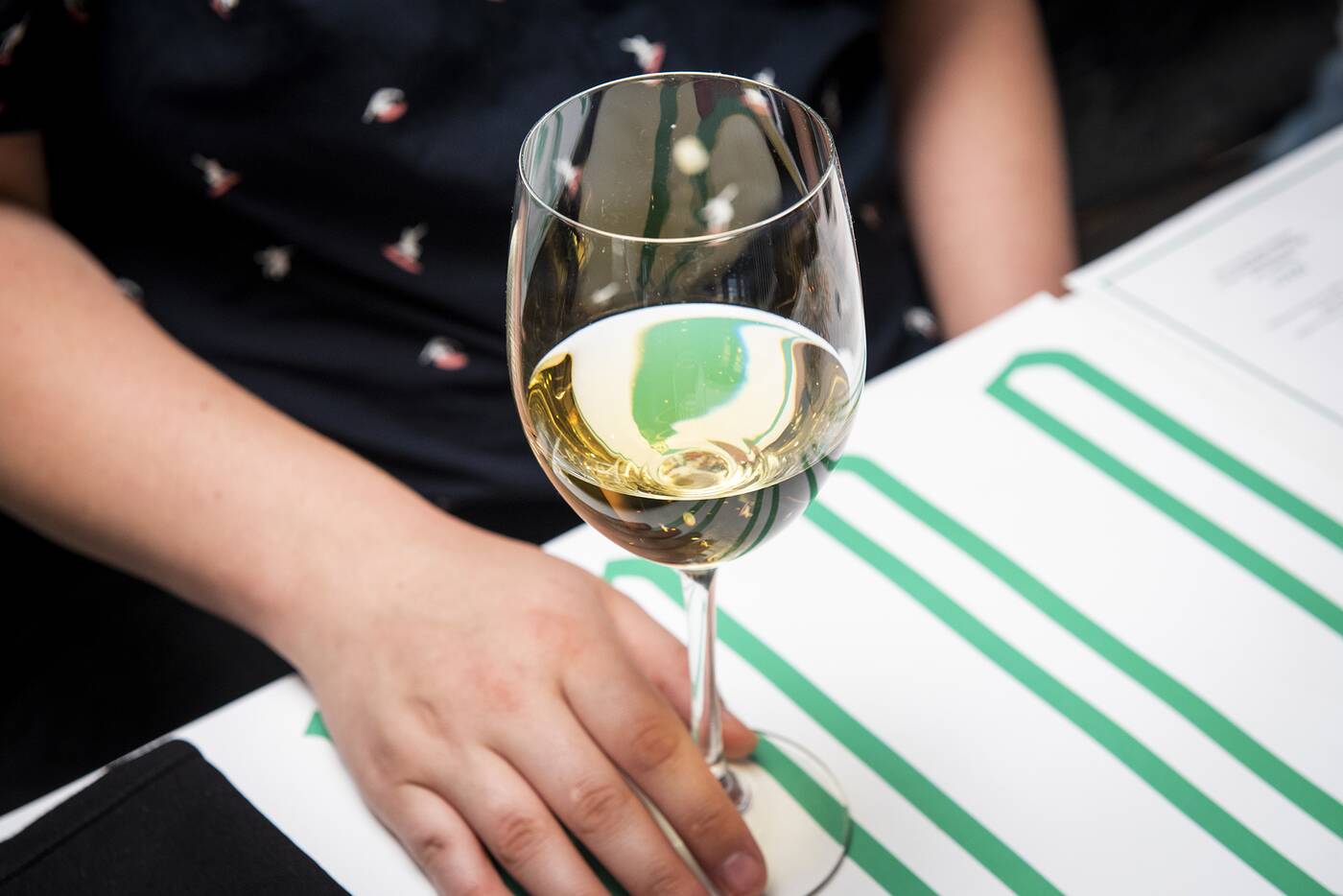 The Lison from Dissegna goes for the same price, a dry but crushable white with a Sauvignon-like body. 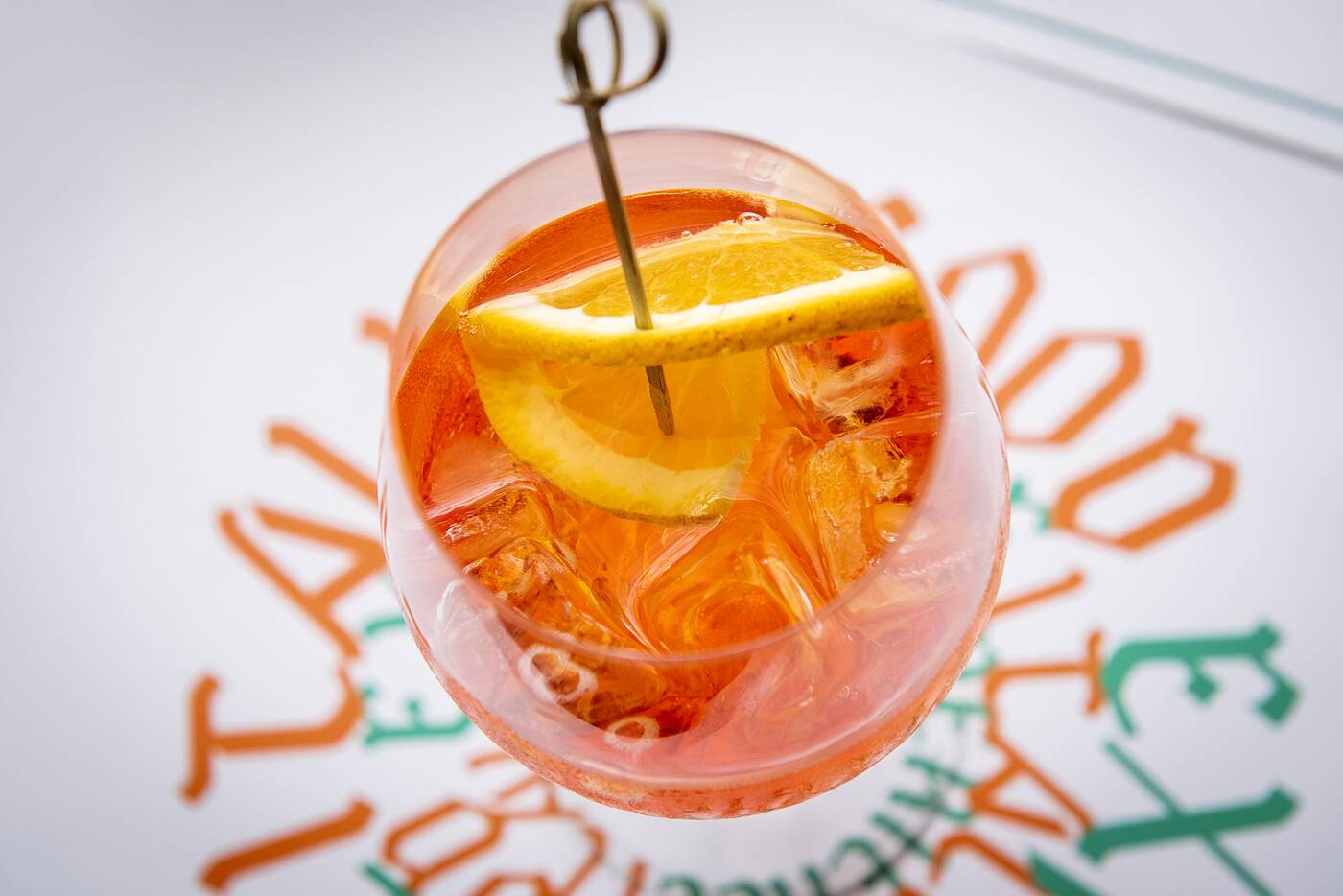 As for cocktails, there’s the obligatory Aperol Spritz ($12.50) made simply with a Dissegna prosecco and bitter, bright Aperol, garnished with an orange slice.

There’s also a pair of salads and a trio of desserts on the menu. 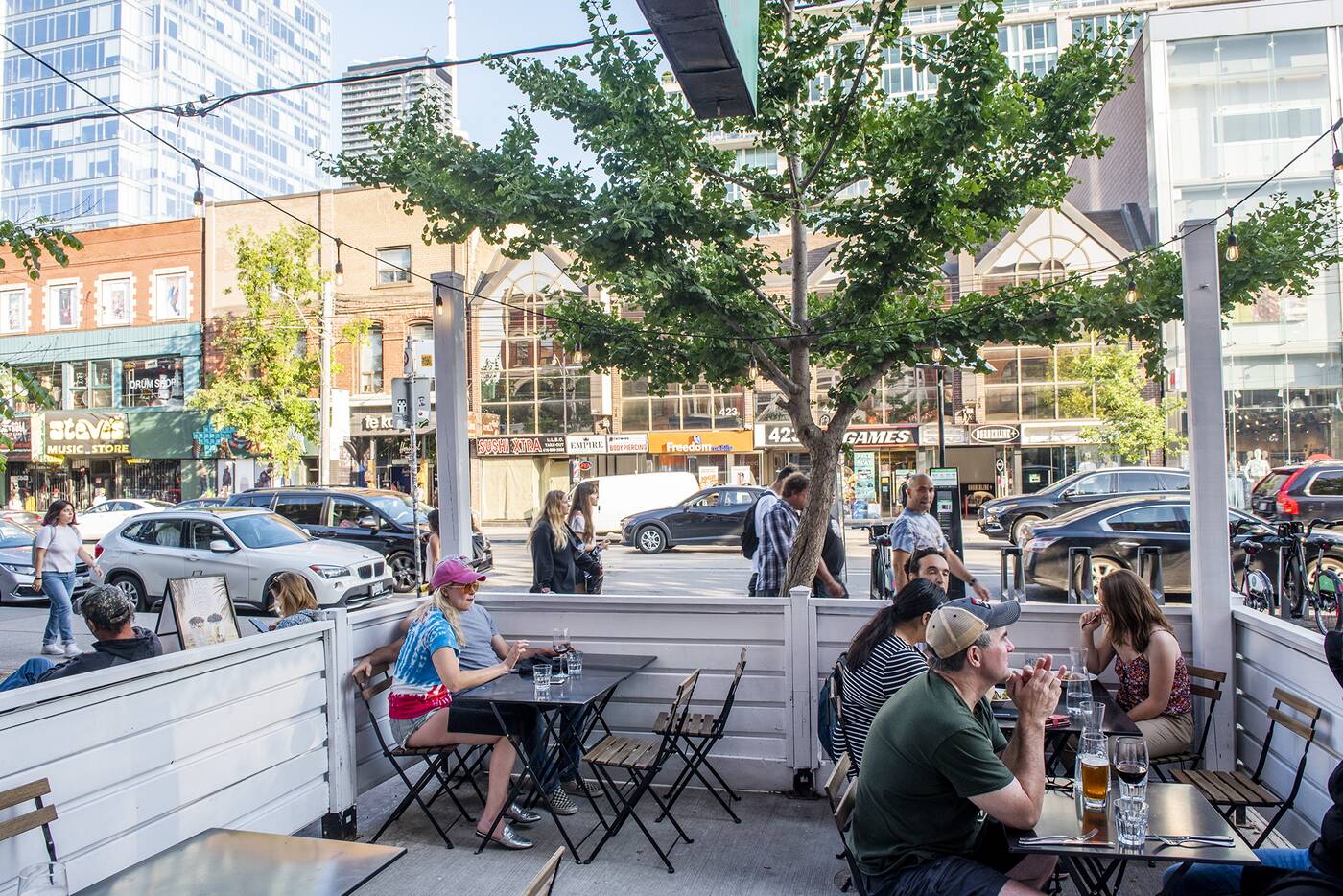 Piadina and pasta are also available for takeout. 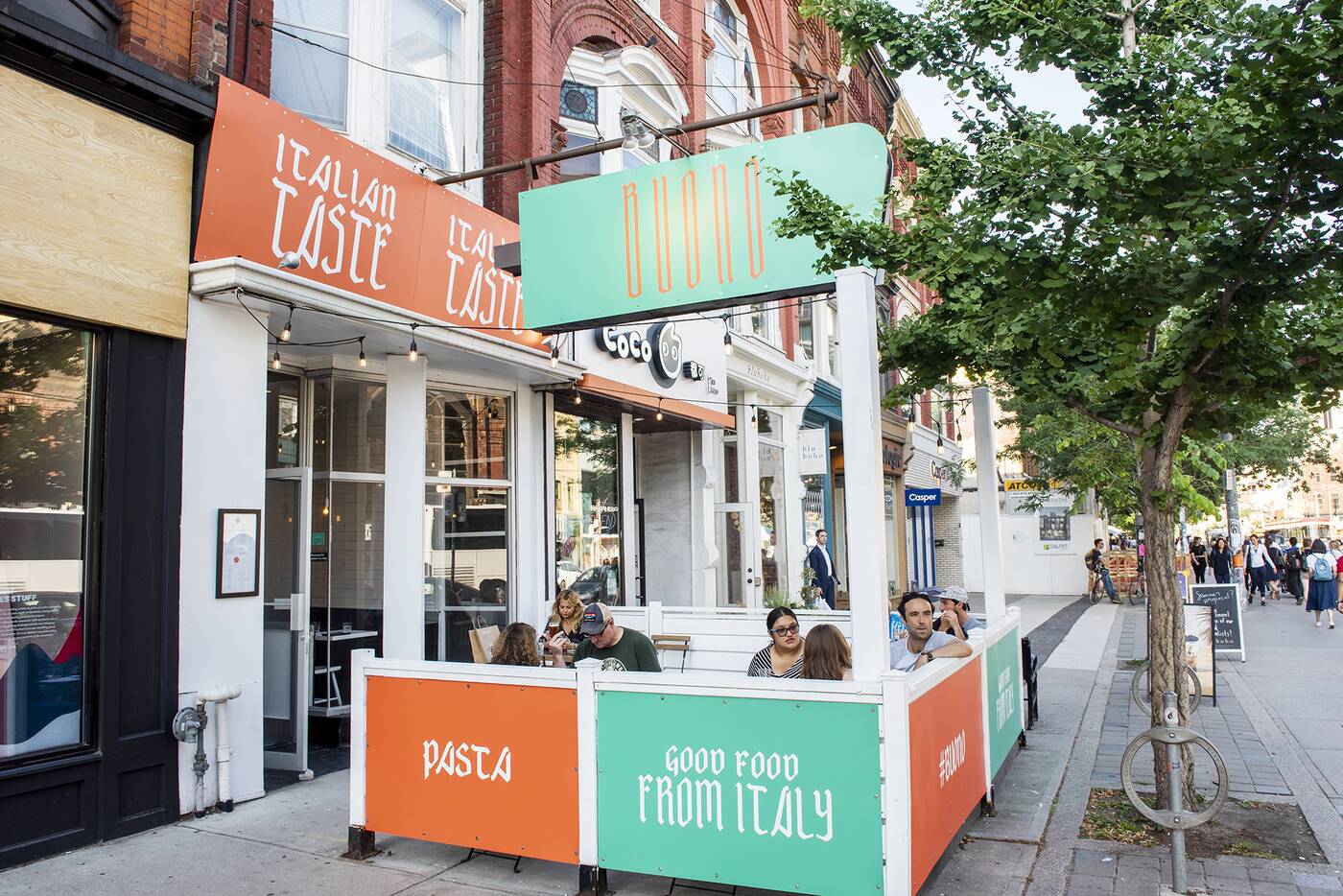 The Best Lasagna in Toronto